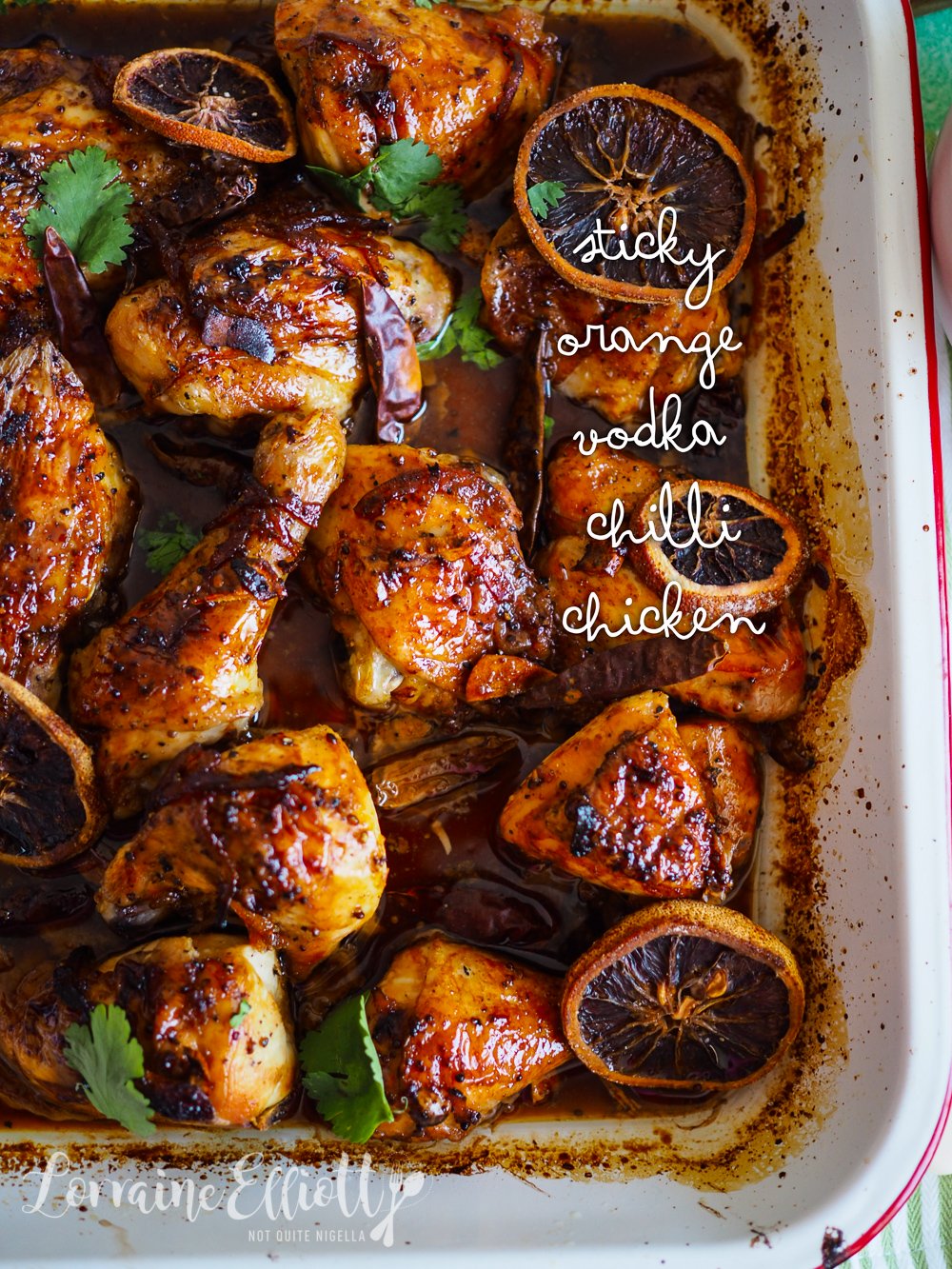 Things are getting busy and with the weather warming up, try this easy chicken tray bake made to feed a crowd or that can last you a few days! Chicken pieces are marinated in vodka to tenderise and then flavoured with marmalade, chilli, mustard, ginger and soy to make it sticky delicious!

I travelled with some really lovely girls on my most recent overseas trip and one of them reminded me of how good vodka is with cooking when they ordered a vodka pasta dish.

That got me to thinking about a cake I had made years ago which was a sticky orange, vodka and chilli cake. I wanted to make a savoury version aka a chicken tray bake version. The vodka tenderises the chicken beautifully while the marmalade adds a deliciously sticky quality and there's added flavour from chilli, mustard and ginger. I'm pleased to report that this is one of those ludicrously easy dishes that delivers in flavour. 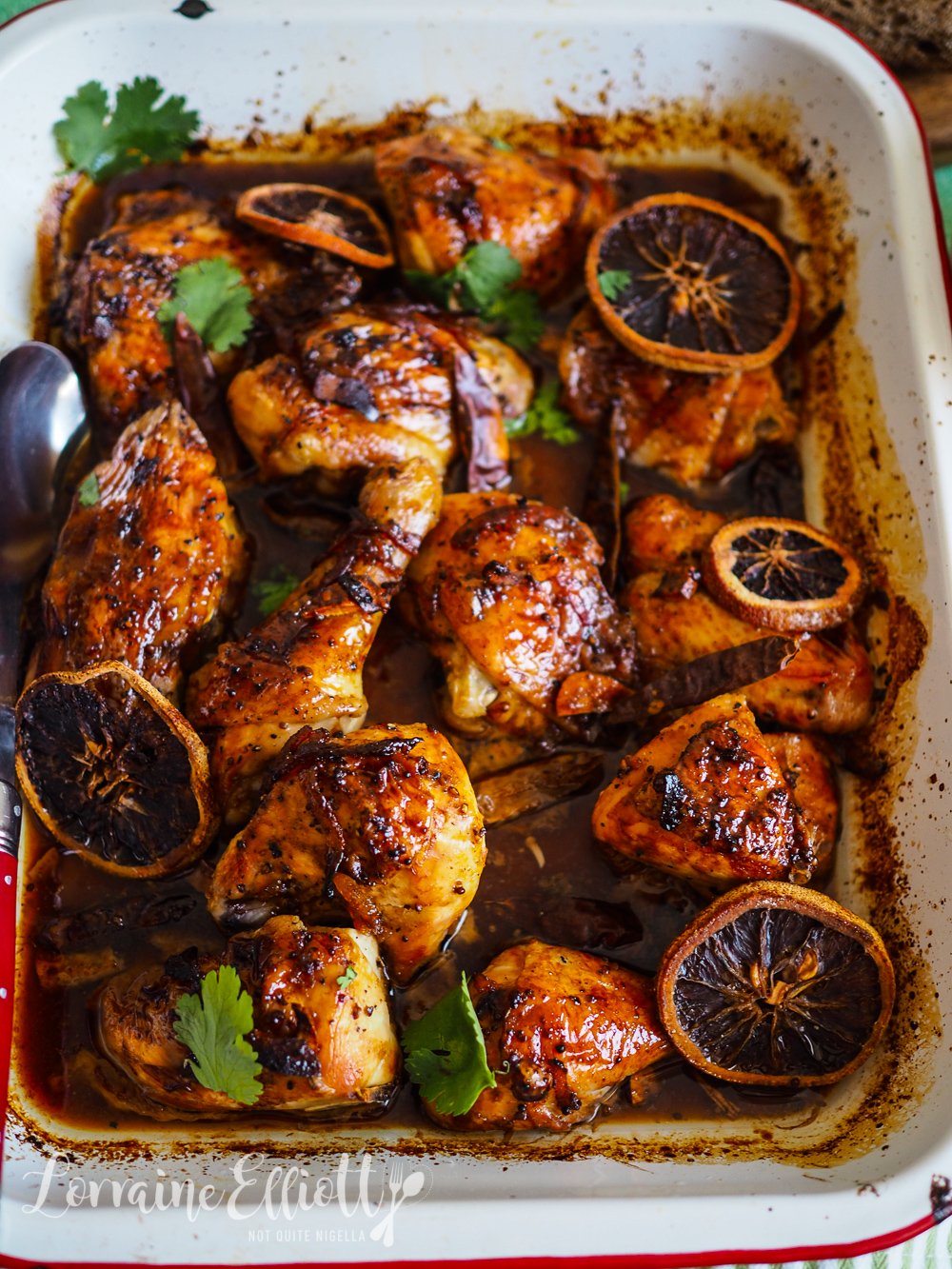 That recent trip had a slightly wobbly start. You see one of the group, a really lovely and exuberant girl got some bad news on the flight over. Her dog had to be put down and she found out about it on the flight as she had internet access (her mother didn't realise that she would see it on the flight). I saw her crying when I went to the bathroom and she was waiting for the flight attendant to pour her some wine.

Poor Mimi drowned her sorrows about her beloved dog with red wine and was so fast asleep that they didn't even wake her to get ready for landing (one of the perks of business class travel). She was jolted awake when the plane touched down and she was still wearing her pyjamas. 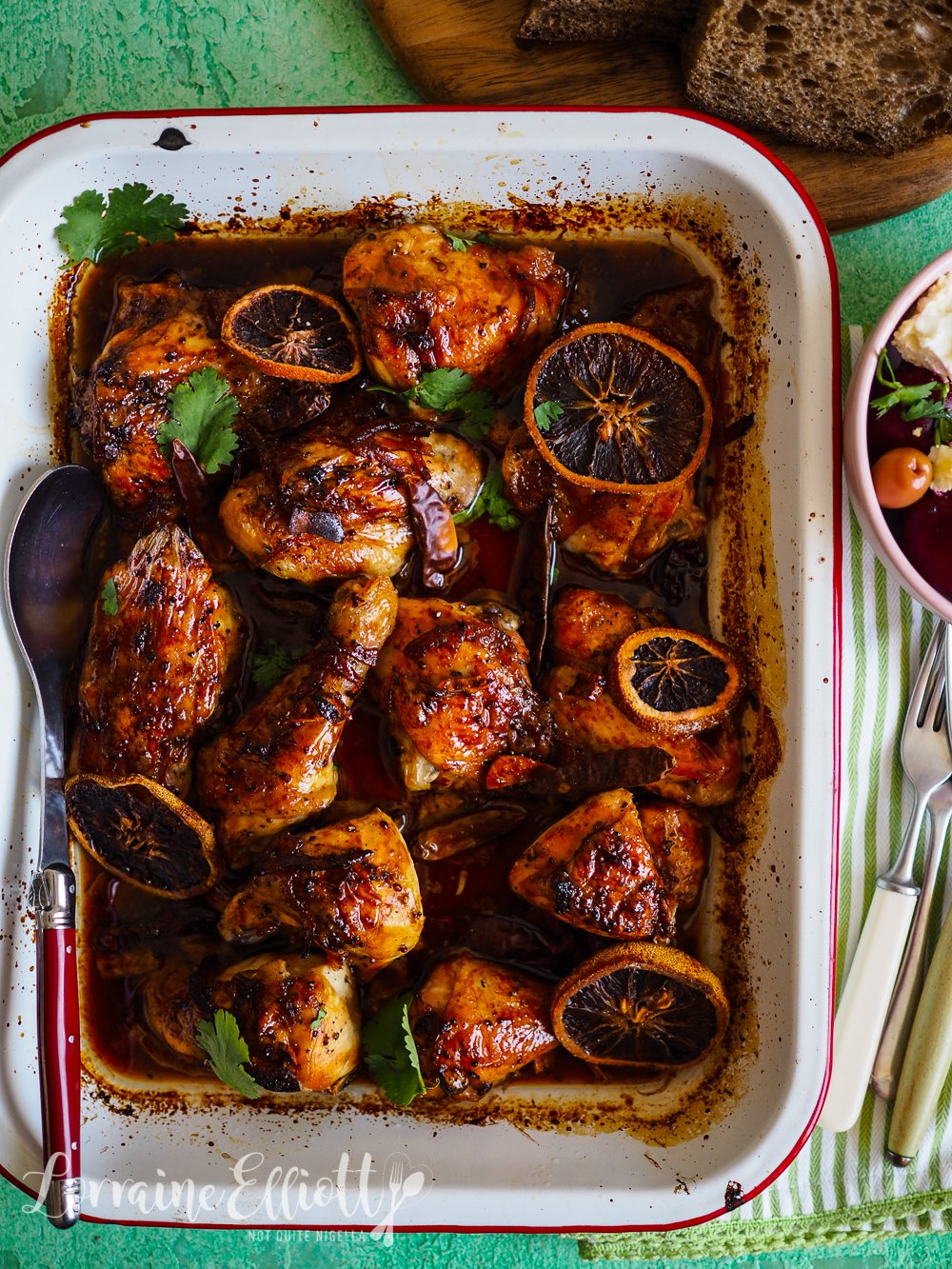 Mimi was quite tipsy when we got to customs and immigration. Everyone was worried about whether they would let her in the country and it seemed like a possibility that they would put her on a plane home. But Mimi was not to be defeated. She went to the bathroom and got changed. Then she did her make up while we were in the immigration queue. "I'll be fine," she said swaying a little on the spot popping a bright, brave smile.

We held our breath as she approached the immigration officer. By some sheer miracle he barely looked at her and stamped her form and waved her through. And after that little scare Mimi sobered up quickly!

So tell me Dear Reader, have you ever had a nervous moment with immigration? Have you ever cooked with vodka before? 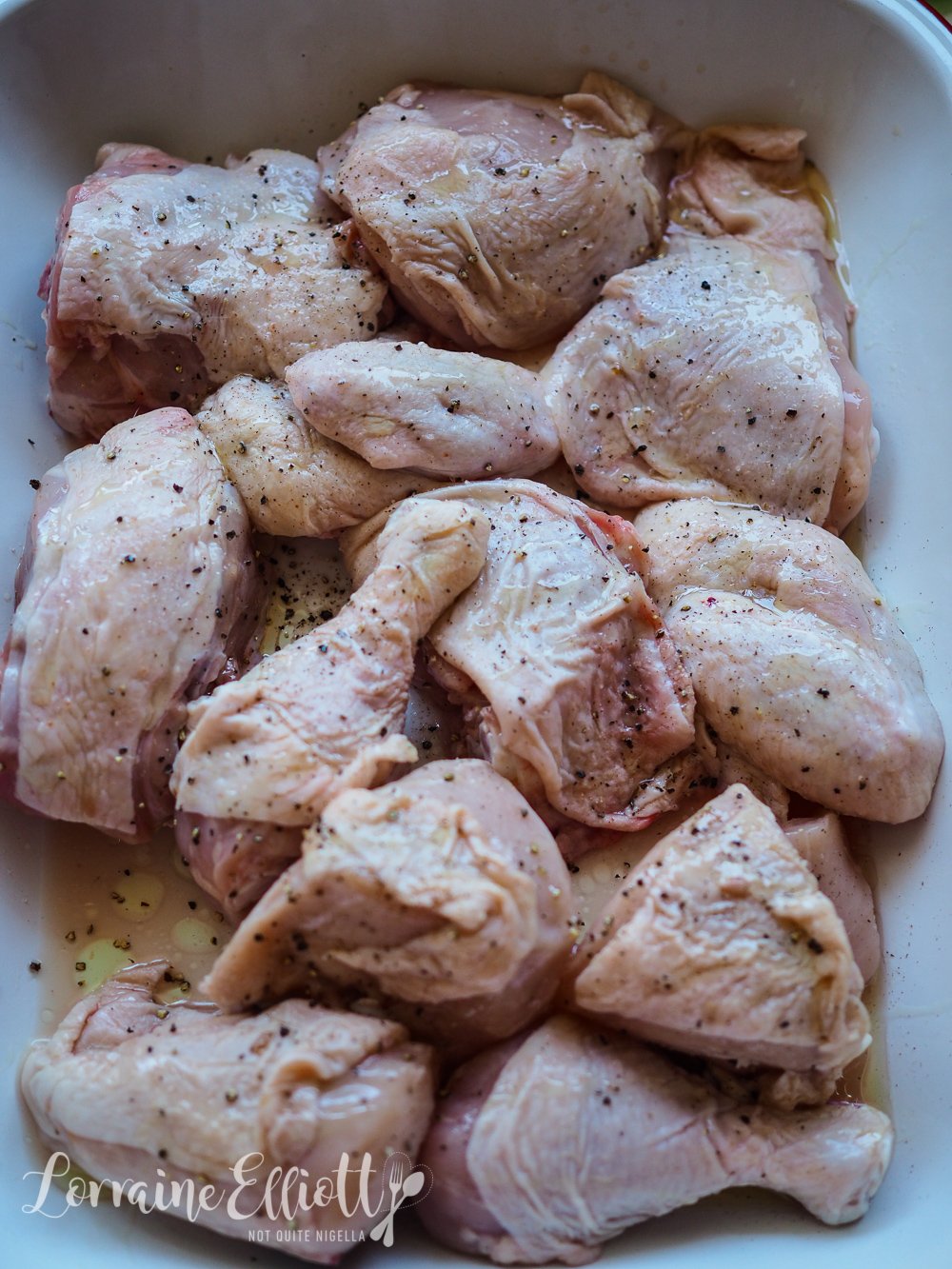 Step 1 - Marinate the chicken in the vodka overnight. Preheat oven to 220C/440F. Tip the whole thing, chicken vodka and all in a baking dish skin side up and season well with salt and pepper. Bake for 45 minutes. 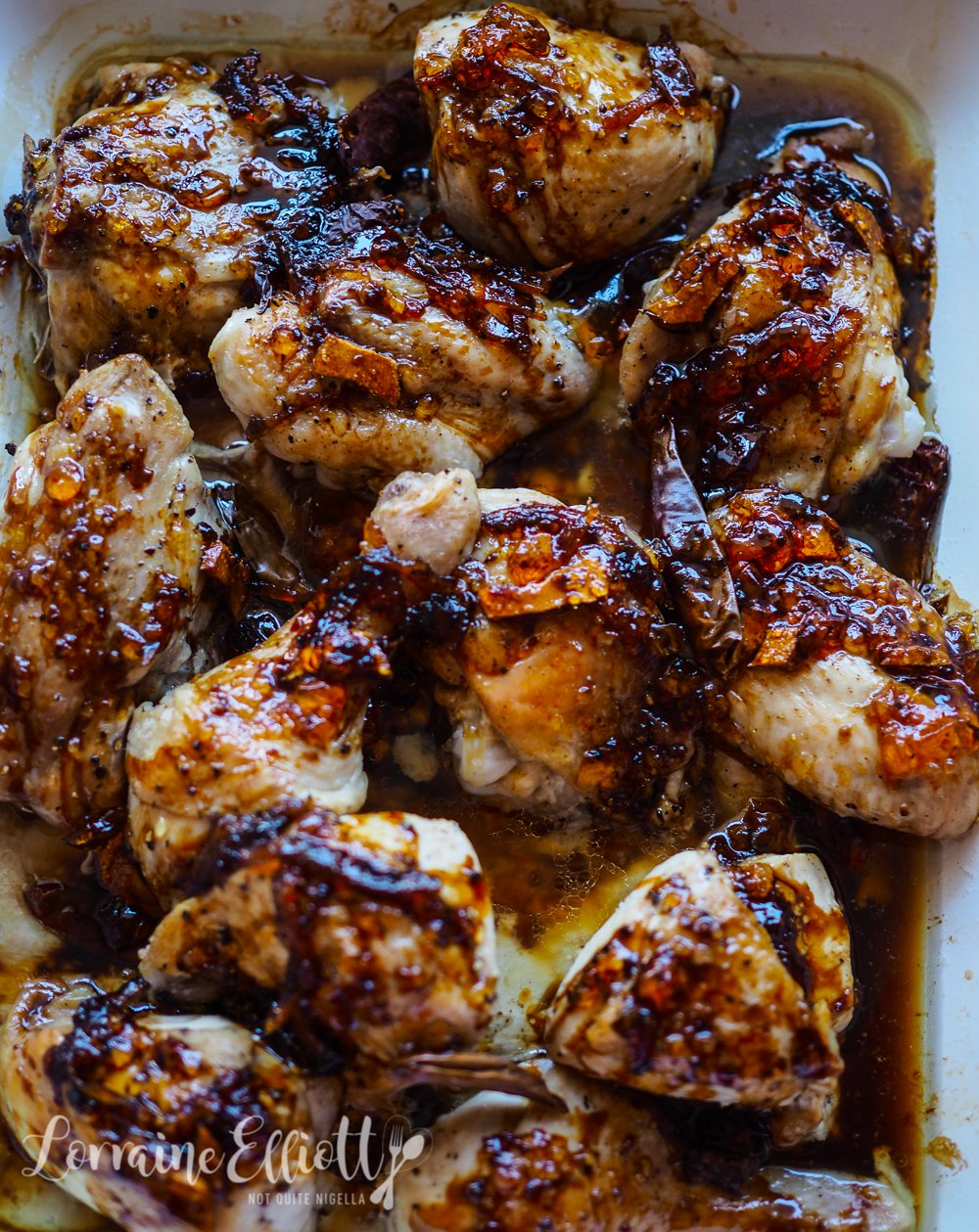 Step 2 - Mix the marmalade, mustard, soy sauce, ginger and chilli. Spread out on top of the skin and roast for another 15-20 minutes or until sticky and caramelised. Season with salt and pepper. I served this with a roasted baby beetroot salad with feta and olives and rye bread. 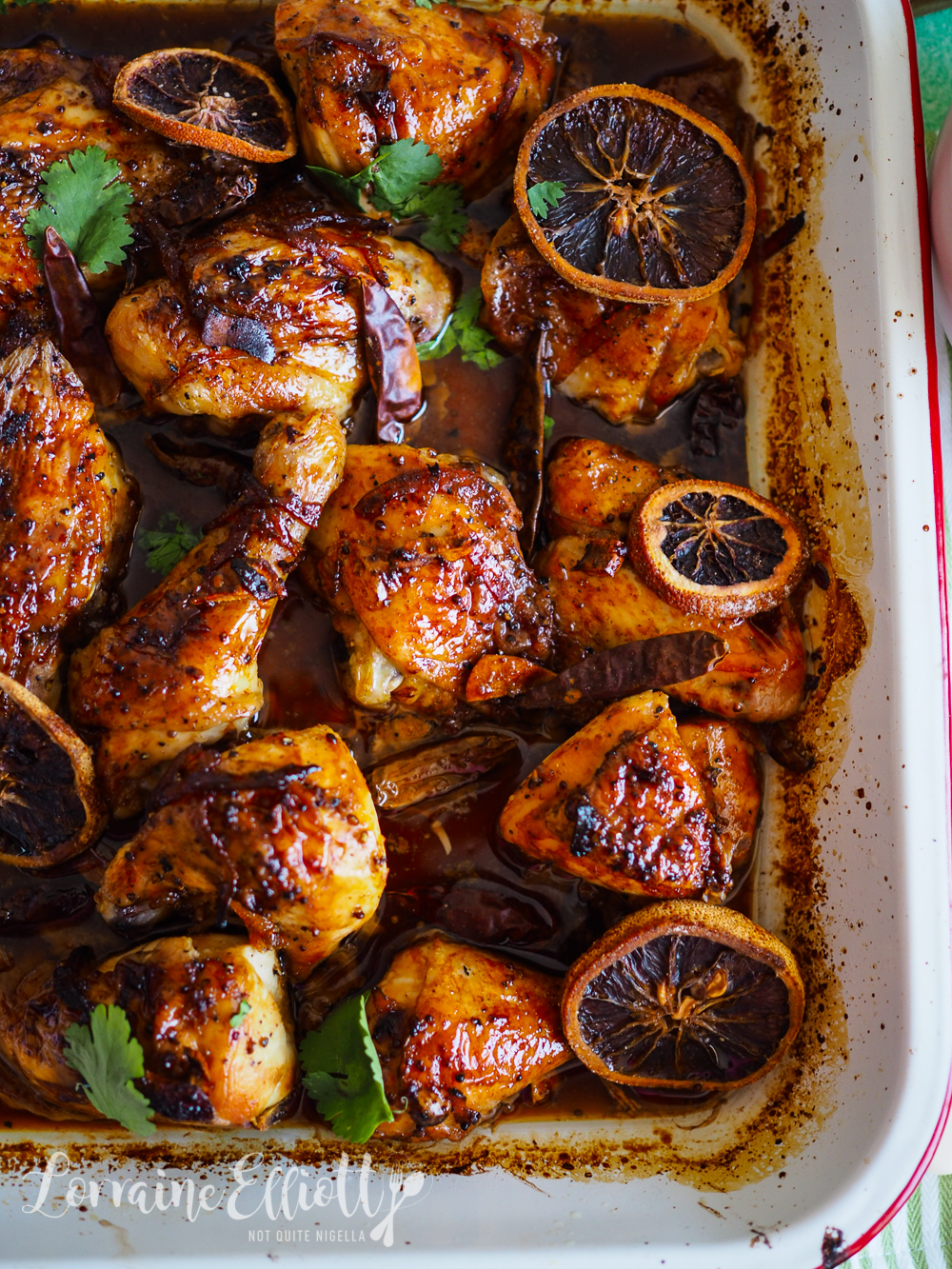