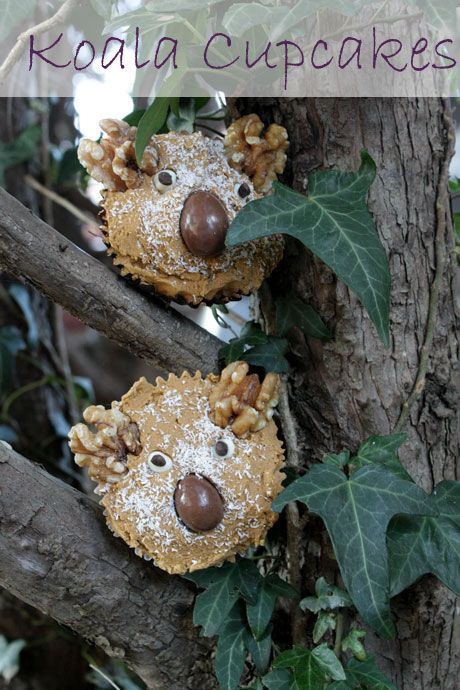 Whilst I'd love to say that "No koalas were harmed in the making of these cupcakes" I'm afraid I have to reveal the grisly truth. That in fact two of these furry creatures came crashing to the ground from the trees above when it came to capturing these images. This is possibly not what the RSPCA had in mind when they devised the RSPCA cupcake day ;)

For those overseas readers, the RSPCA is the Royal Society for the Prevention of Cruelty to Animals and they also have a television show which will make an animal lover out of the the most hardened individual. It even got me feeling warm and fuzzy towards a family of bats. Today is the RSPCA's Cupcake Day where keen bakers all over Australia bake cupcakes and raise money for the RSPCA. I decided on koalas a while back and thought that instead of a plain vanilla cupcake I'd use Lemon Myrtle just to upp the Australian-ness of it. The idea for these came from Clare Crespo's Hey There, Cupcake! from which I've used many of her decorating suggestions for example, the panda and bear cupcakes. 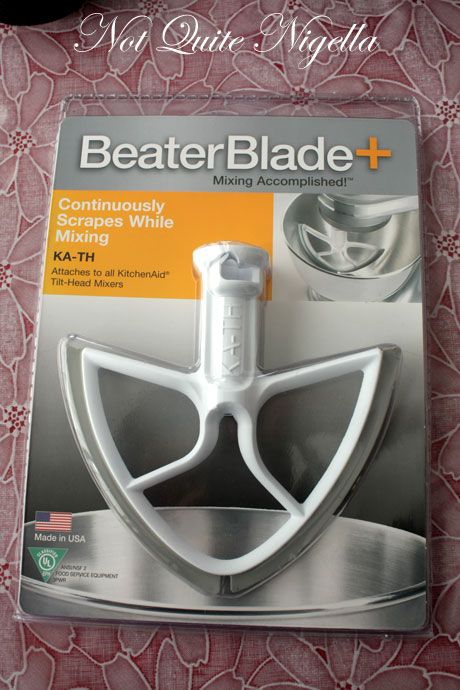 I was also give an Beaterblade to test out which is an attachment suitable for Tilt Head Kitchenaid mixers. It's similar to a paddle attachment but in a plastic cast with rubber scrapers attached to the end to help scrape the bowl more effectively and to help lessen the amount of times you need to stop and scrape down the sides of the bowl. I figured this cupcake would be the ideal test and used it for both the cupcake batter and the buttercream. It did just as it was supposed to and I didn't have to stop at all and scrape down the sides once and it was a dream to help beat the buttercream without having to stop, scrape and keep going again. I did think that it made the head of the Kitchenaid vibrate a bit more than a normal attachment so it would be interesting to see whether it has any long term effects on the Kitchenaid. Kim from Full Baked, the distributor of Beaterblade suggested adjusted the hinge pin like this. 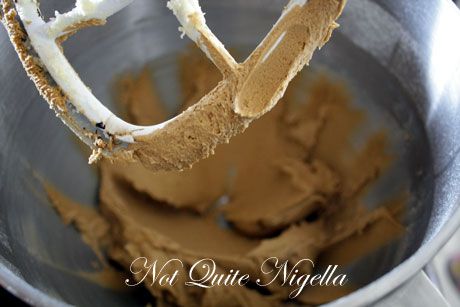 Back to the Koalas. You'll have to excuse the startled "Oh HAI!" expressions of the koalas. When sitting them up in the tree  I needed to press in the eyes, noses and ears deep to prevent them from falling off. The cupcakes themselves are deliciously lemony with that distinctly gorgeous lemon myrtle flavour to them. The buttercream is soft and if you wanted to, you could add lemon myrtle to the buttercream too. My koalas are admittedly not quite as grey as I wanted but the black food colouring is somewhere in a box packed away. And yes I'm completely aware that they're not sitting in gum trees. Once I was ready to take the photos, I started frantically running around like a diva saying "Where are the damn gum trees people? Someone I need gum trees!" to an empty house.

So tell me Dear Reader, if you could save one animal from extinction, which would it be and why? 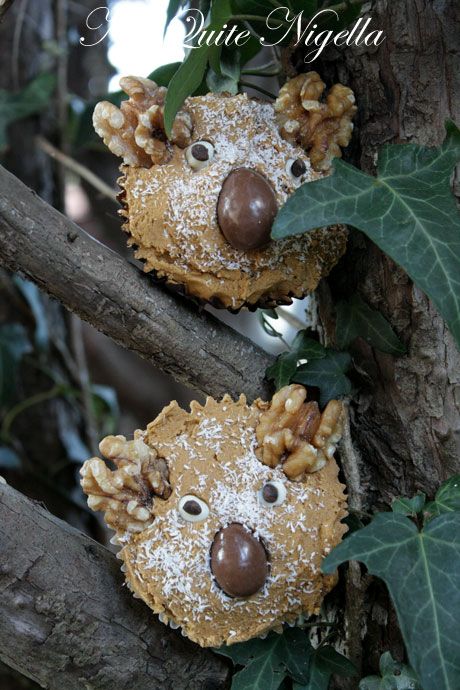 Step 2 - Cream the butter, sugar with an electric mixer. Add the eggs, one at a time, and beat until combined.

Step 4 - Spoon batter evenly among the patty cases. Bake for 20 minutes or until a skewer inserted comes out clean. Cool.

Step 5 - For the buttercream, beat butter in a small bowl with electric mixer until light and fluffy, beat in colouring and then sifted icing sugar and milk in two batches until fluffy. 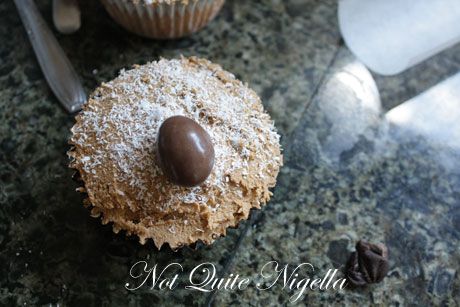 Step 6 - To decorate:make eyes first but piping small circles of melted white chocolate on parchment or rolling small white balls of fondant. Then make little black dots out of chocolate fondant or pipe melted dark chocolate on top of the white chocolate to form eyes. If using chocolate, wait until set. If using fondant, use a little water to adhere the irises to the eyeballs. 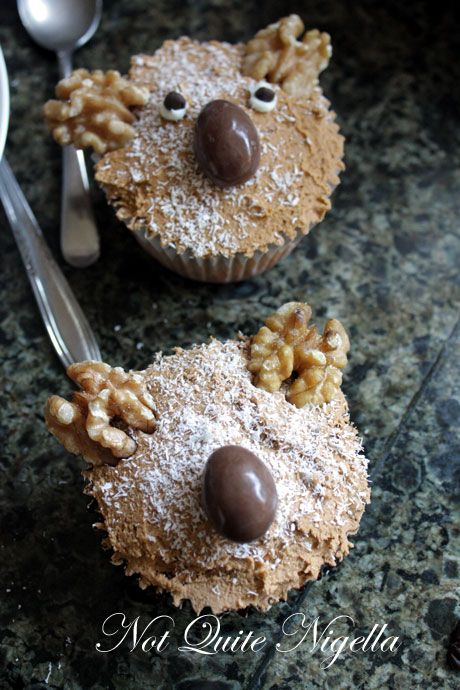 Step 7 - Place a chocolate coated almond as a nose and then get two walnut halves that are about the same size and place as ears. Add eyes and then finish with a sprinkle of some dessicated coconut on top. I know I put the coconut on first but I think that prevented the nose and ears from fully sticking down so I suggest doing it last.