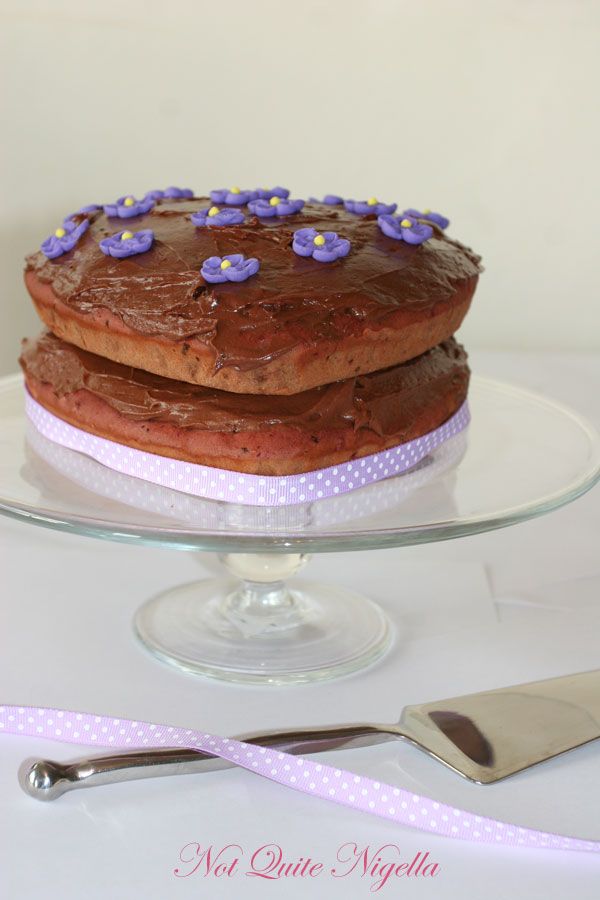 OK I promise this is my last Jessica Seinfeld recipe for the time being. I just couldn't resist making a low fat chocolate cake in the hopes that it would taste good. Well its low fat if you don't eat the icing of course. The fact that I happened to have some fresh beetroot in the fridge was all planned and I dutifully baked the little beasts for an hour during a particularly hot and humid Sydney day. 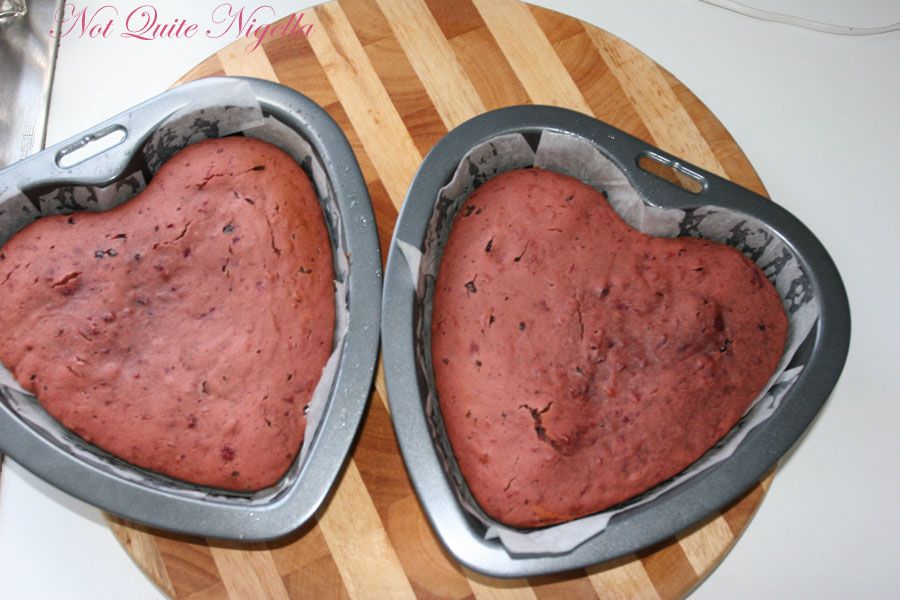 Once out of the oven it looks distinctly more pinky red than brown so the icing is needed for the "chocolate cake" look. Uncooked, the batter looks a bit Red Velvet-like in colour. I found that the cream cheese chocolate icing was not my favourite as it was slightly bitter due to the amount of cocoa in it. The cake itself also has that distinct "vegetable" smell similar to the spinach brownies. Once you get used to the flavour its nicer at the 4th or 5th forkful although the 1st forkful was not so well received. For something very low in fat, it is quite moist though. Just don't expect your favourite luscious chocolate truffle cake and you'll be fairly satisfied. 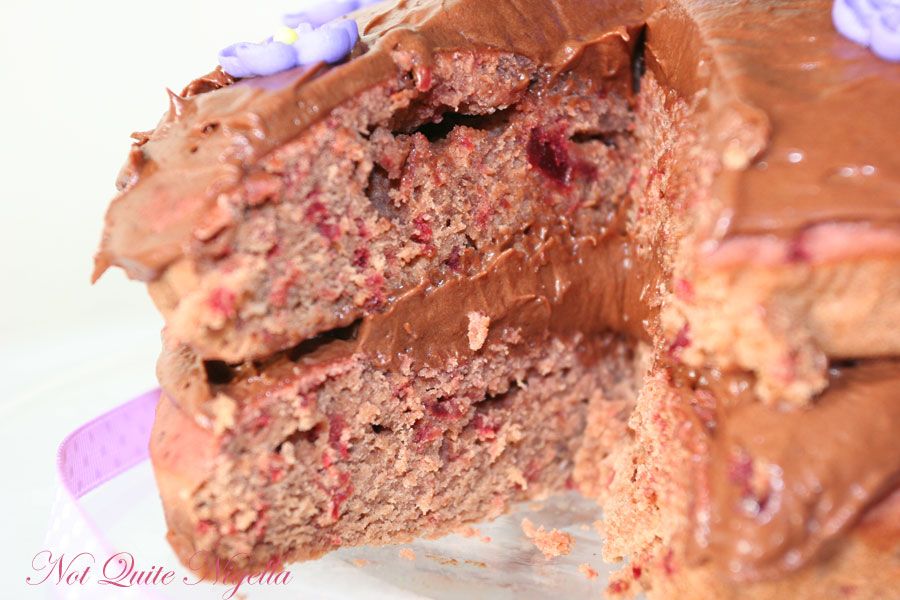 A scrumptious, traditional chocolate cake that just happens to be fortified with beets. A fabulous alternative to the usual birthday cake!

Preheat the oven to 350°. Coat a 9-inch baking pan with cooking spray.

In a large mixing bowl or the bowl of an electric mixer, beat the brown sugar with the oil or margarine until creamy. Add the whole egg and egg whites one at a time, beating well after each addition. Beat in the melted chocolate, beet puree, buttermilk and vanilla. It will be very runny at this stage. 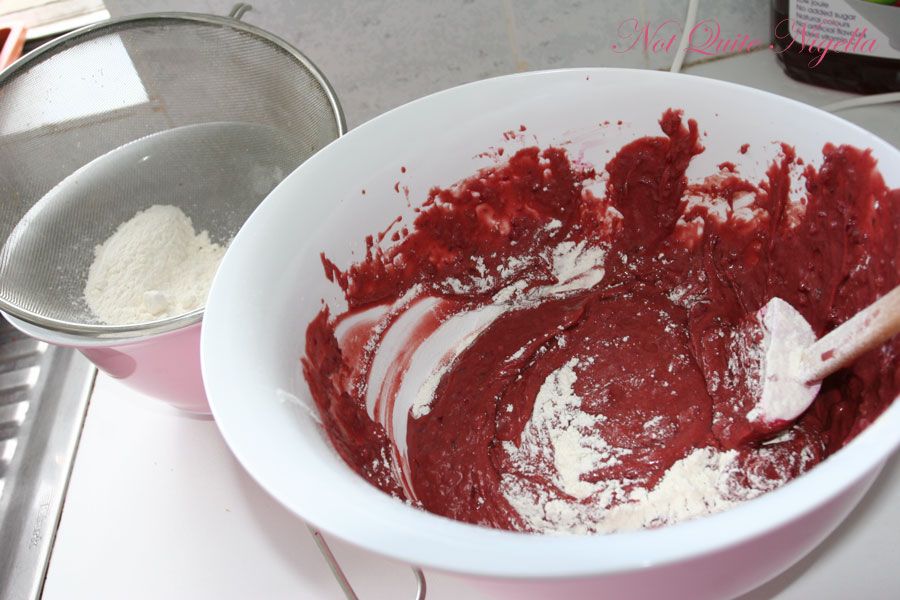 Add the flour, baking soda and salt, and beat until smooth. 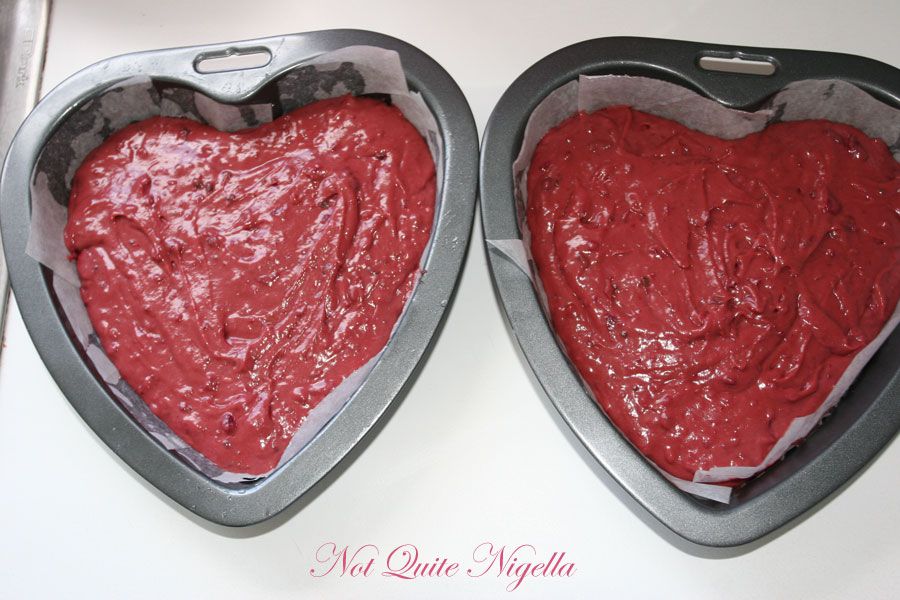 Pour the batter into the pan and bake until a toothpick comes out clean when inserted into the center, 35 to 40 minutes. Let the cake cool 5 minutes in pan before turning out onto a rack to cool completely.

Meanwhile, make the frosting. Beat the cream cheese with the confectioners' sugar, cocoa powder and vanilla until smooth. Slice the cake in half horizontally. Spread the frosting over the top and between layers of the cooled cake.

Refrigerate in an airtight container for up to 4 days.

By Jessica Seinfeld from Deceptively Delicious 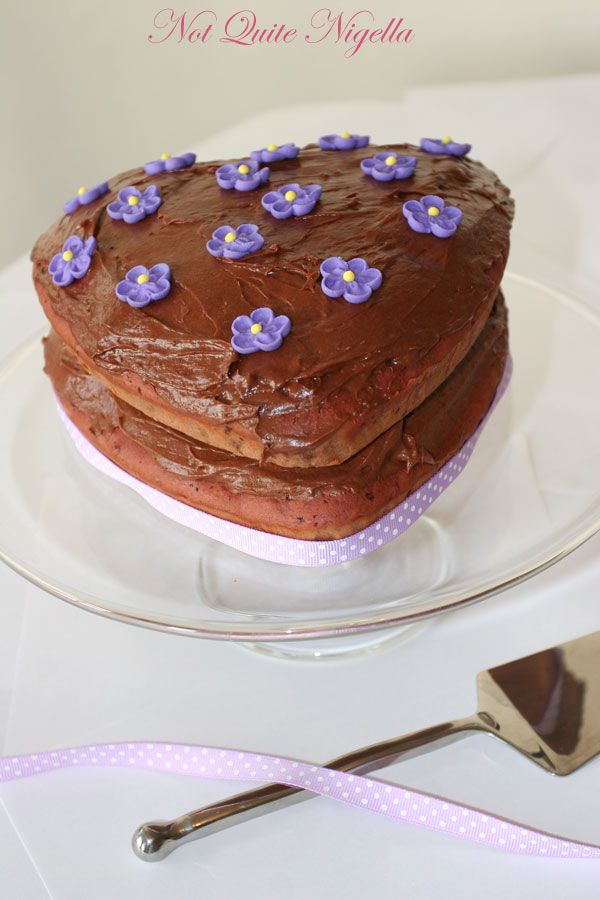