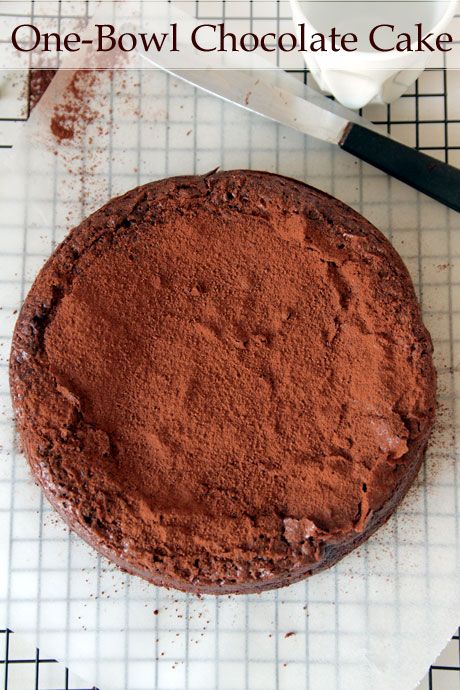 I'm not a particularly snoopy wife. for the most part I trust Mr NQN and the only thing that I'm likely to spring him doing is hiding computer parts and hoarding things as he loves collecting junk mail and computer parts. However, he does like to see what I've been up to on occasion. Nothing like going into my email which he is welcome to but seeing what I've been looking up on the computer on occasion or even what I've been saying on twitter or facebook. 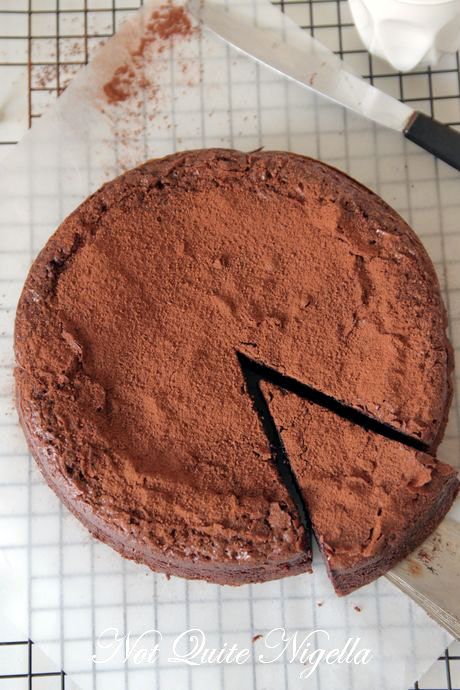 One day he said to me "Mon cheri, your google searches are very strange."

"Your history shows that you googled ''If you tasered someone in the balls, would they die?' and 'Where can I pilot a jet fighter plane in Sydney?'..."

"Well, haven't you always wanted to know the answers to those questions?" I asked him.

My searches aren't always full of strange fantasies or dreams but also the more normal kind. I also search for ultimate recipes. You know the kind where people that they have the ultimate recipe for such and such. After all after ultimate there's really nothing else. 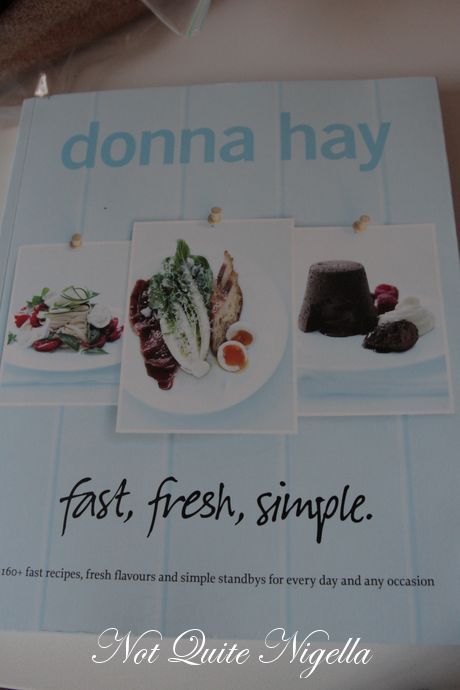 One item I didn't have to look for online was the one bowl chocolate cake. I found it in my copy of the latest Donna Hay book called Fast, Fresh and Simple where Donna was kind enough to send me a signed copy! I love one bowl dishes. I have  a dishwasher but it's a full sized one and it takes a while to fill it up so I end up washing most things by hand. And the less time spent washing the better quite frankly. 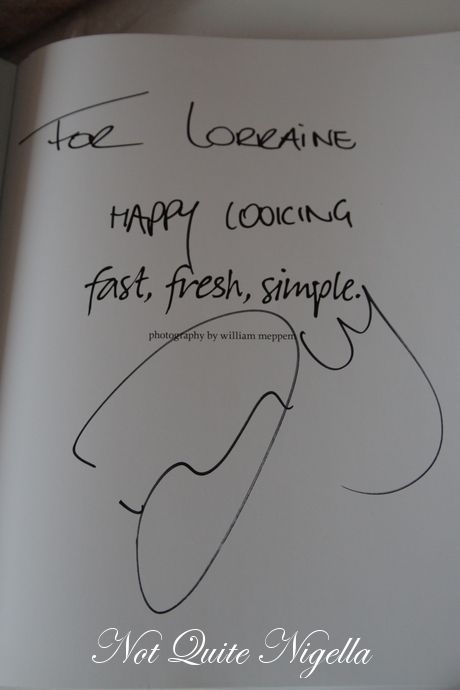 This is truly a one bowl cake and it is gooey, fudgey and moist inside. One thing though and that is do make sure that you use the best quality chocolate you can find. You could also make it gluten free by substituting the plain flour for a gluten free flour like chestnut flour.  The chocolate is certainly the star ingredient here and with a little shake of cocoa it will transform you into a moist chocolate cake bearing domestic goddess. Everyone should have a go to one bowl chocolate cake up their sleeve.

So tell me Dear Reader, what would a glance at your computer's history turn up?

P.S. Because some people have asked, from the searches it appears that other people on google are asking how many times one can survive a taser to the balls which would lead to suggest that it is indeed possible to survive being tasered in the balls. It also suggests that some people are crazy enough to have this done several times to them in the name of research, hijinks or they have survived really, really bad aim by police/security... ;) 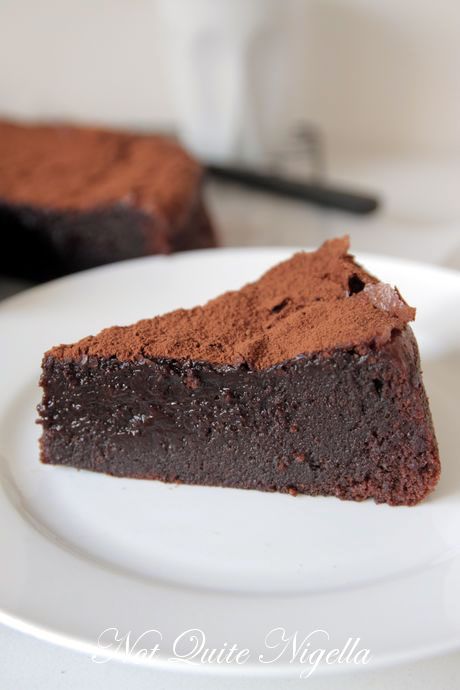 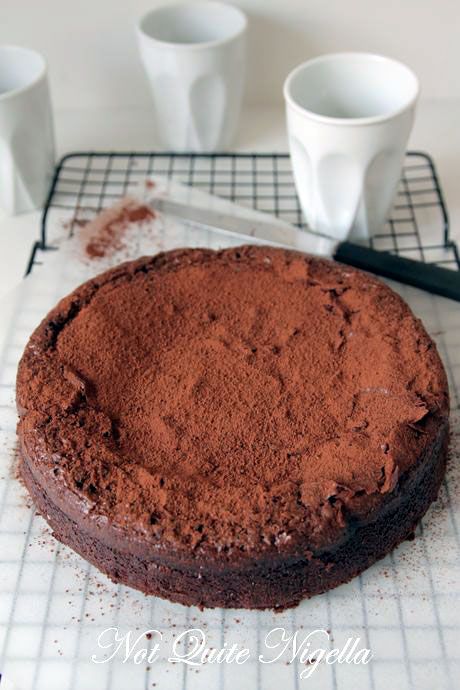 Step 1 - Preheat oven to 160C/320F. Line a 21cm or 22cm round baking tin with parchment. Place the butter and chocolate in a large bowl over a pot of simmering water ensuring that the bottom of the bowl doesn't touch the water. Or microwave the chocolate and butter in a microwave proof bowl in 60 second 50% power bursts. 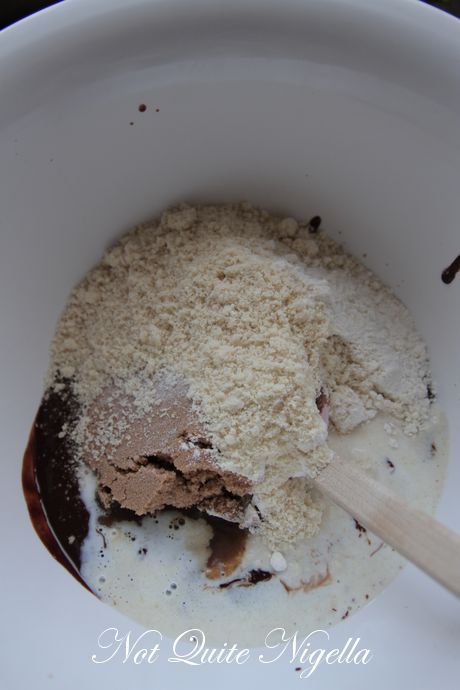 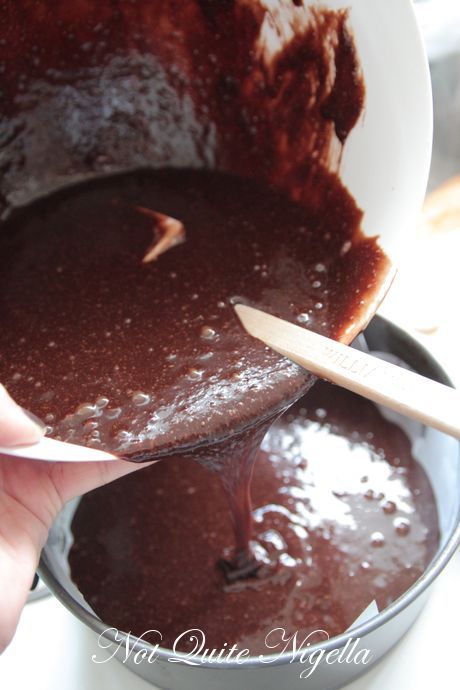 Step 2 - Once melted, add the sugar, flour, milk and almond meal and mix to combine. Add eggs one at a time and mix well. Pour the mixture into the prepared baking tin and cover with a sheet of foil. Bake for 60 minutes or until the inside is set and not wobbling. Remove the foil and cool in the tin and. Dust with cocoa and serve with cream. 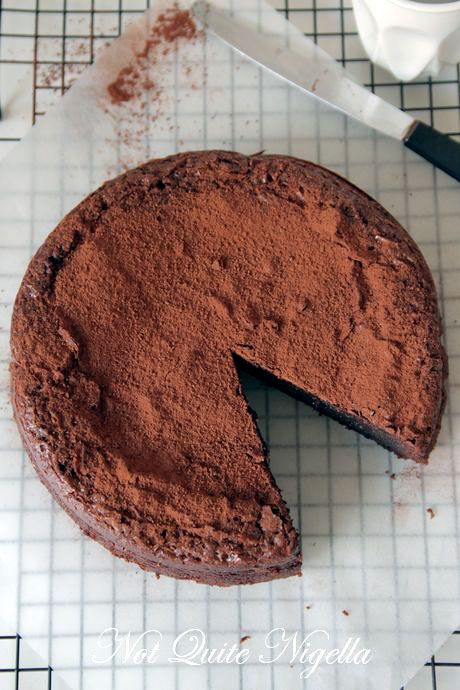