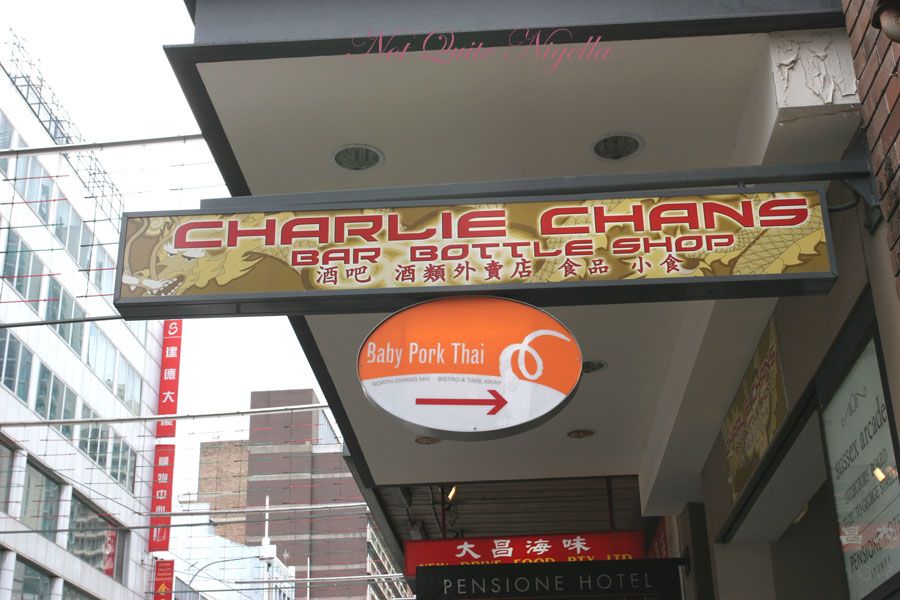 Along with Haymarket's weirdly named Thai eateries e.g. Crocodile Senior Thai, comes another oddly monikered place, Baby Pork Thai. In a little arcade off Sussex Street, its modern looking, with large communal stainless steel and wooden tables and benches and offers your standard fare of Thai dishes along with two little goodies that caught my eye. Feeling peckish but not hungry enough for a whole meal we popped in and in true food blogger fashion, not even a snack can go unrecorded and unphotographed. 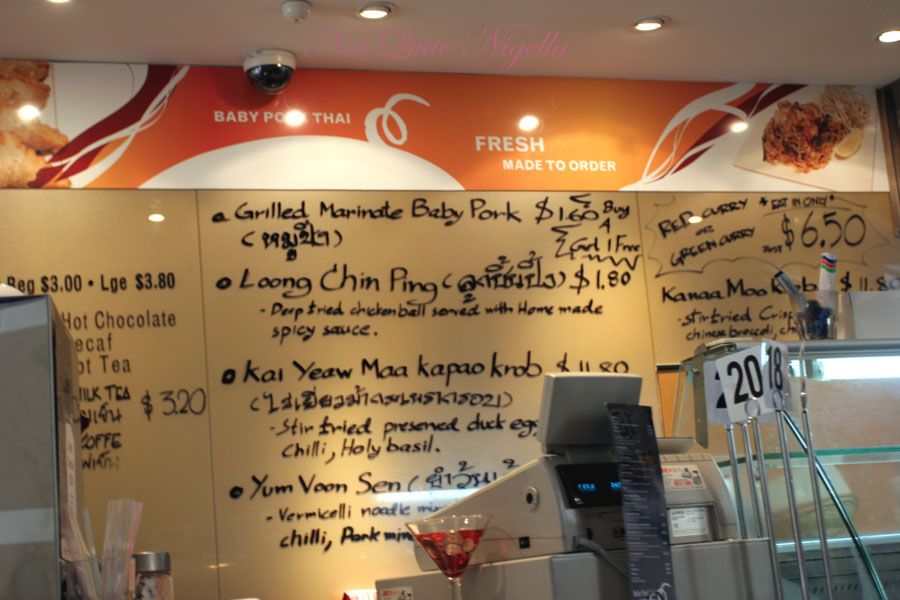 I ordered one of each, one would have probably satisfied me but who am I to pass up new food? I ordered 1 grilled marinated Baby pork $1.60 (buy 4 get one free) and 1 Loong Chin Ping -deep fried chicken ball served with homemade chili sauce $1.80. The sign says made to order and we indeed sat there for a good 5-10 minutes waiting for it. 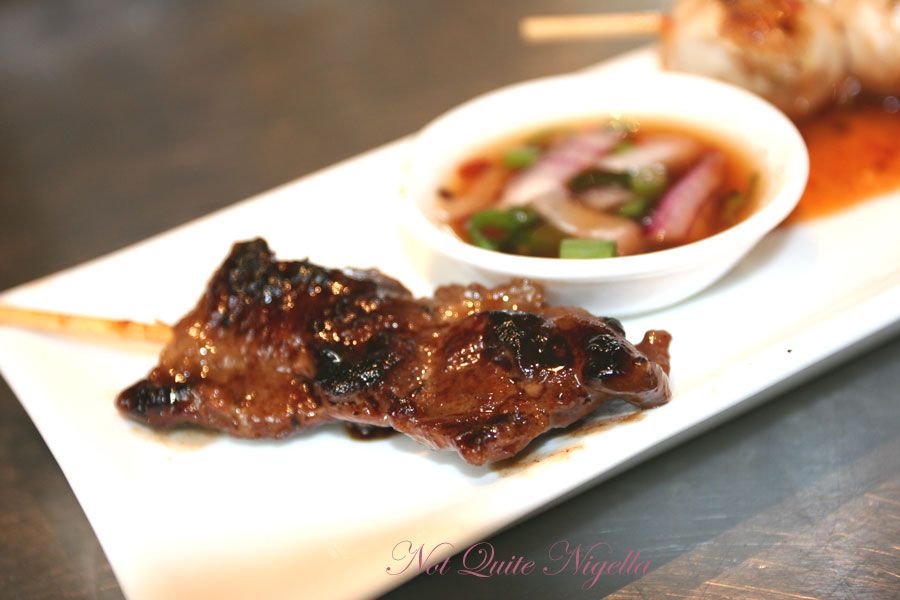 When they both arrived, the pork was a dark hued, sticky glazed, chargrilled skewer. I dipped this in the onion, chili and shallot dipping sauce and it was very good. Soft, tender and juicy with enough char from the grill and packed with plenty of flavour from the marinade. I probably would've ordered another but I didn't have the time. 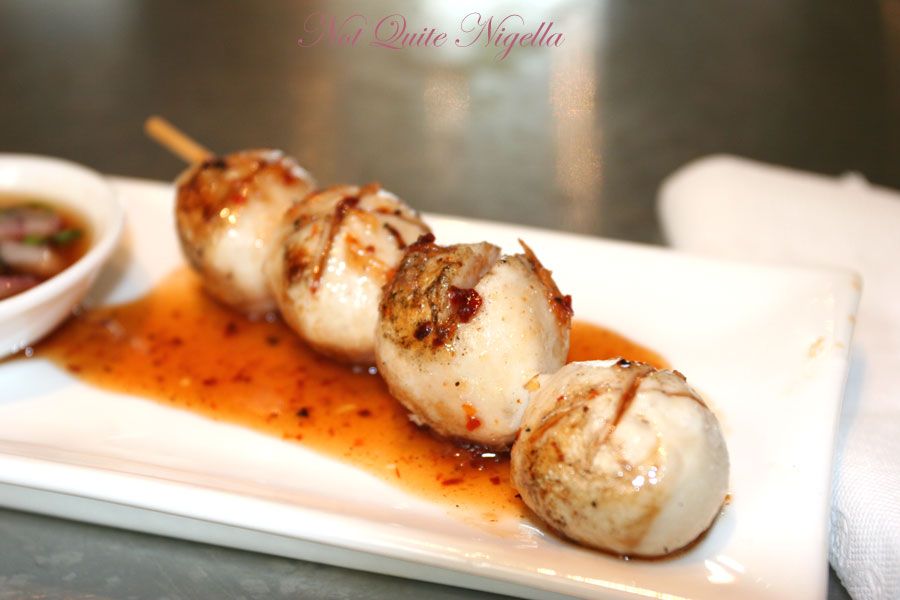 The Loong Chin Ping resembled cross hatched fish balls but are supposed to be chicken balls. They have a fairly nondescript taste, not tasty like chicken nor fishy like fishballs. The sauce, a mix of chili and plum sauce, livens it up a little but it needs more resuscitation than that so its also dunked in the dipping sauce. Its fairly palatable with both sauces but still lacks the flavour punch of the Pork skewer. 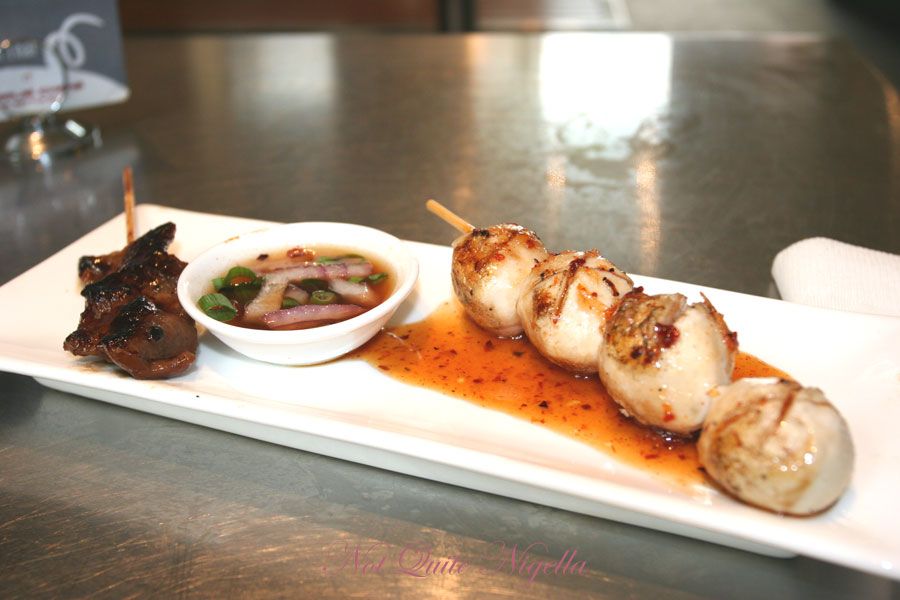