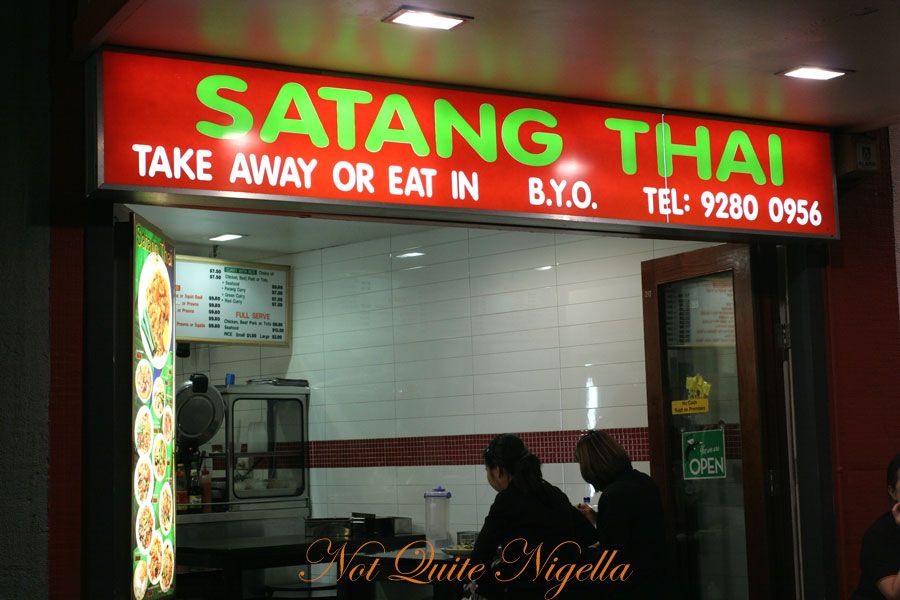 It's not often that my husband suggests that we visit a place to eat. I know, deep down, he hopes that I will give up the food reviewing portion of my blog and just do cooking. Not that he is a killjoy or trying to kitchen enslave me, rather he was brought up not going to restaurants. Apparently the one time that his family went, as they were raw food vegans it ended up causing such a kerfuffle it gave him Post Traumatic Stress Disorder. However this day, he was so fascinated by the enormous queues spilling out of Satang Thai that he actually suggested that we go. 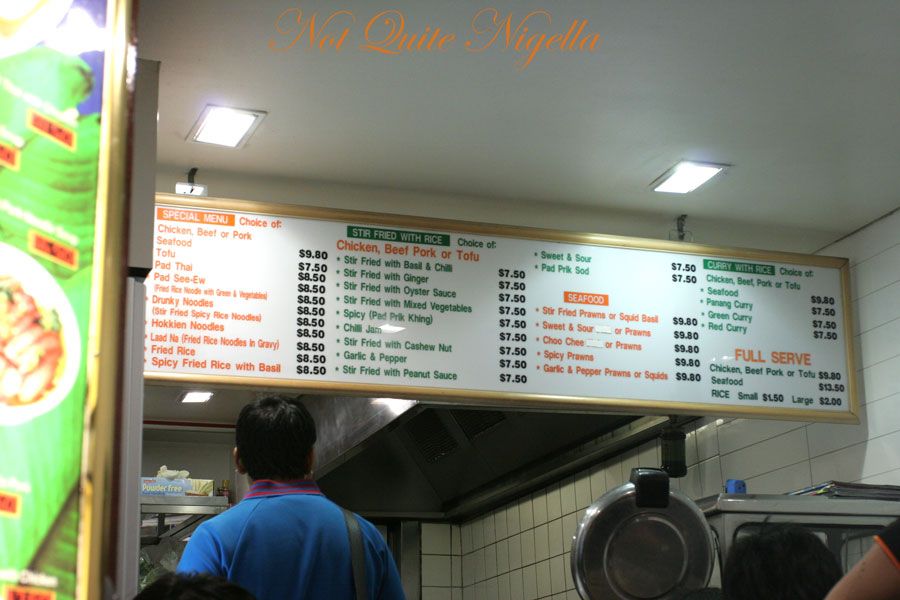 The reason why there are such queues? The price apparently and it's prime location right near UTS University. The food must also be good as there are a huge number of eateries to choose from. It's 9.15pm on a Wednesday night when we arrive and still there are crowds outside, mostly students waiting for takeaway. We take a table right at the front and decide on our order. There are dishes starting at $5 for a thai soup with chicken to $6.50 for BBQ pork and noodles. There's only one dish that breaks the $9.80 price barrier at $13.50. I order and pay up front and we take our seat and wait. There are only enough seats for 20 people to eat in and for most of the students around us, it's probably easier to eat at home. 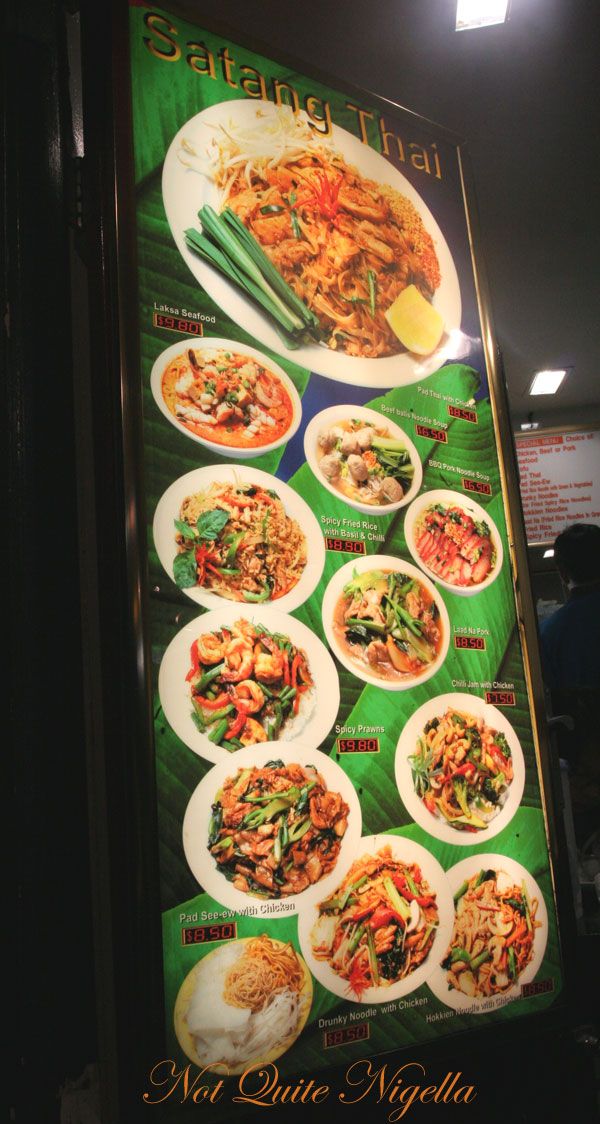 We're waiting for between 5-10 minutes for our meal and once it arrives it looks and smells good. There is a slightly creepy sensation as if we are being watched. I turn around as I feel all eyes upon us. Indeed the large crowd on the footpath awaiting their takeaway are hungry and are feasting upon our food with their eyes. They're fairly close and it feels like there are 20 other people seated at our table but not eating. Slightly creepy. Next time we'll get a table inside if we can. 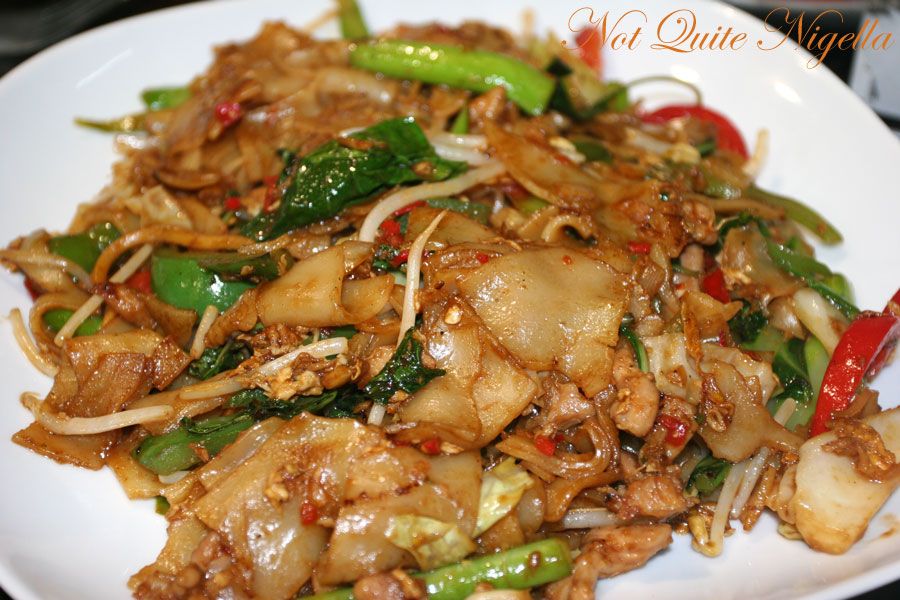 I try the Drunky Chicken noodles ($8.50). I'm not certain what makes it Drunky but it's quite delicious. It's heady in garlic and that fragrant licoricey Thai basil. The chicken pieces are clumped together and there are other vegetables and egg in it as well as thick rice noodles evenly coated with the garlicky, sweet scented sauce. 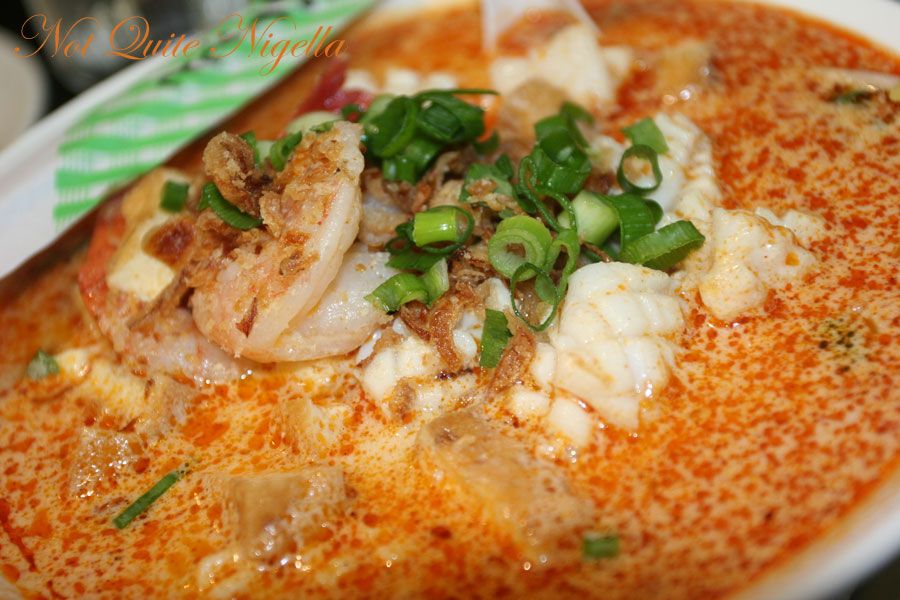 I next try the Seafood Laksa ($9.80). The Laksa soup is deliciously creamy and flavoursome. There are large, fresh garlic scented prawns and firm tofu chunks. The squid is a bit of a let down though being extremely chewy.

It's not fancy food and not the kind of place to take a date to but for value for money, we feel like we've hit the jackpot. And at 9.55pm, 5 minutes before closing, finally the crowds have died down.