Norwegian Cinnamon buns from How to be a Domestic Goddess 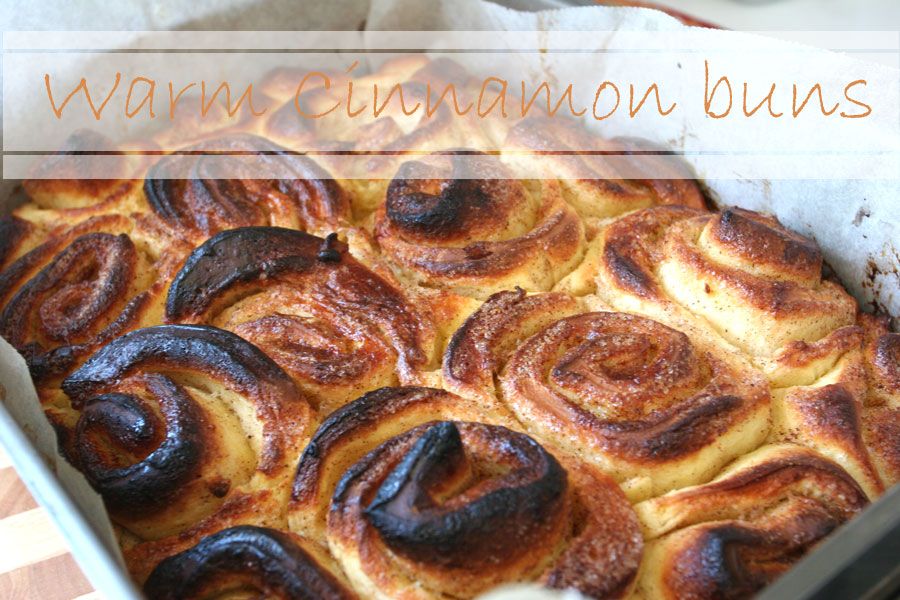 I have officially fallen in love with my pink Kitchenaid, especially its dough hook. I have even bought a cover to protect it-not that my kitchen is a target for stray missiles, but to keep the greasy stickiness that inevitably envelops everything at bay. Previously, I had shunned most dough and bread baking, mainly because I didn't have the strength or will to knead for the 10 minutes required. Now I pop all of the ingredients in the big bowl, attach the hook and I can come back 6-7 minutes later and it will be kneaded. I say I _can _come back but I never do, as I prefer to watch the dough hook mix it all in in some sort of perverse food porn observation ritual. 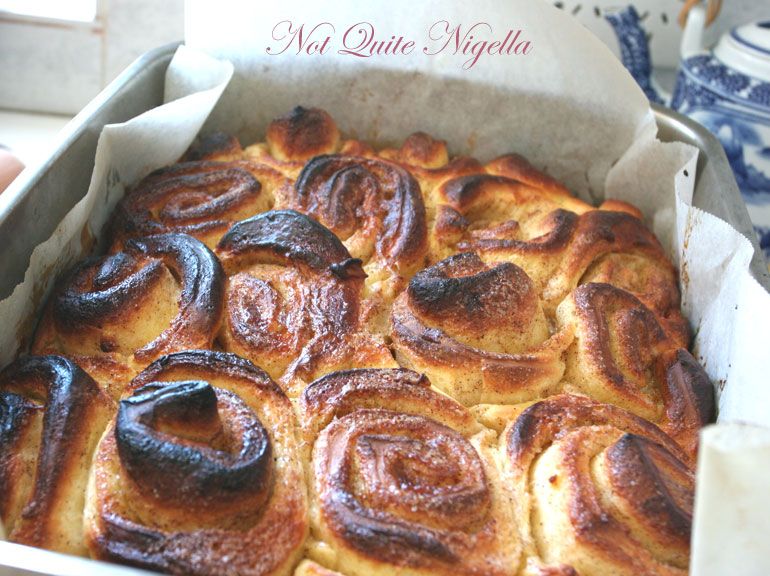 These are so ridiculously moreish that I found myself eating 5 of these babies for lunch and forgoing my usual relatively healthy lunch. And this is from a girl that rarely has seconds. So I warn you, make these with caution and at someone else's behest. Invite a large group of friends or lumberjacks in for morning tea. Anything to put some distance between yourself and 20 of these tempting, deliciously scented, buttery buns. 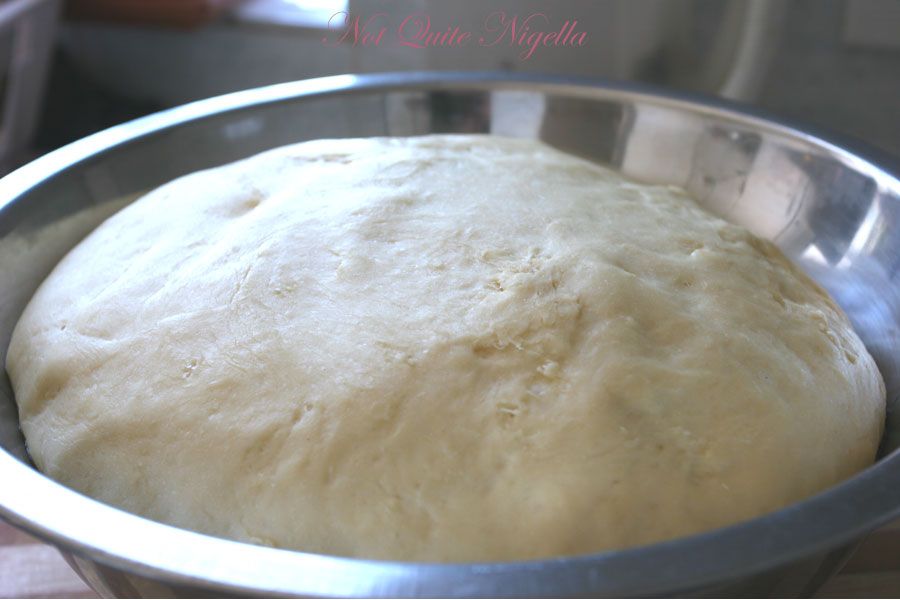 Step 1 - Combine the flour, sugar, salt, and yeast in a large bowl. Melt the butter and whisk it into milk and eggs, then stir it into the flour mixture. Mix to combine and then knead the dough either by hand or using the dough hook of a food mixer until its smooth and springy-add extra flour until the dough becomes a good rolling consistency. Form into a ball, place in an oiled bowl, cover with clingfilm and leave it to rise for about 25 minutes. 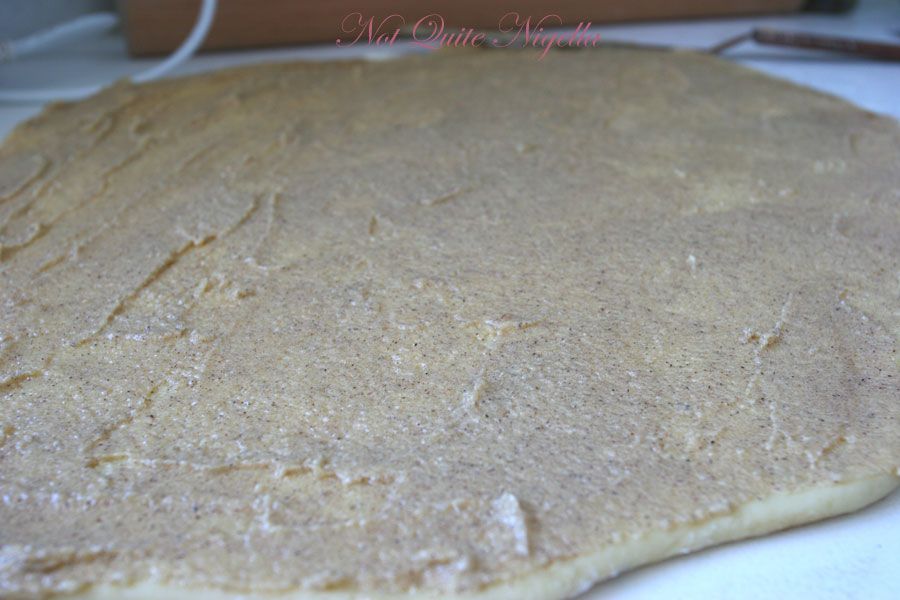 Step 2 - Take one-third of the dough and roll it or stretch it to fit your tin; this will form the bottom of each bun when it has cooked. Roll out the rest of the dough on a lightly floured surface, aiming to get a rectangle of roughly 50x25cm. Mix the filling ingredients in a small bowl and then spread the rectangle with the buttery cinnamon texture (you can made this mixture up during the 25 minutes of proving the dough in Step 1). Try to get even coverage on the whole of the dough. 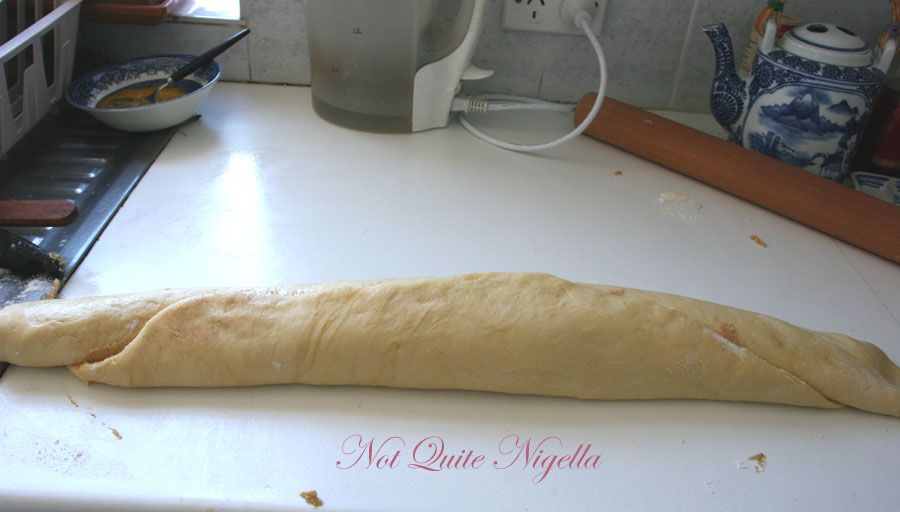 A little uneven, I'm sure you'll do better than my rather poor effort

Step 3 - Roll it up from the longest side until you have a giant sausage. Cut the roll into 2 cm slices which should make about 20 rounds. Sit the rounds in lines on top of the dough in the tin, swirly cut-side up. Dont worry if they dont fit snugly together as they will swell and become puffy when they prove. Brush them with egg and let them rise again for about 15 minutes to let them get duly puffy. 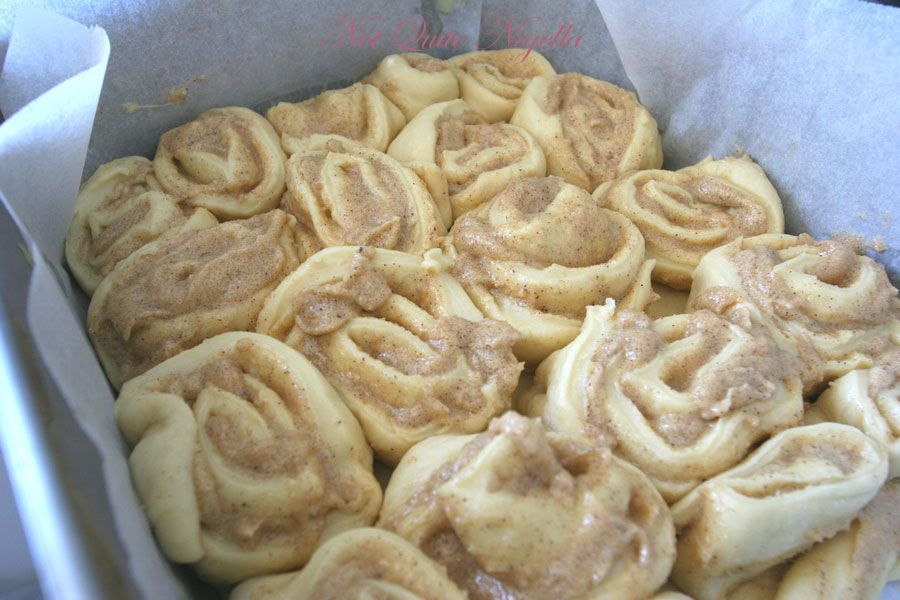 Snug as a bug in a rug

Step 4 - Put in the hot oven and cook for 20-25 minutes (a couple of mine were a bit black at the top by 20 mins so watch out for them), by which time the buns will have risen and will be golden brown in colour. Dont worry it they catch in places. Remove them from the tin and leave to cool slightly on a rack-its easy just to pick up the whole sheet of parchment and transfer them like that-before letting people tear them off, to eat warm. 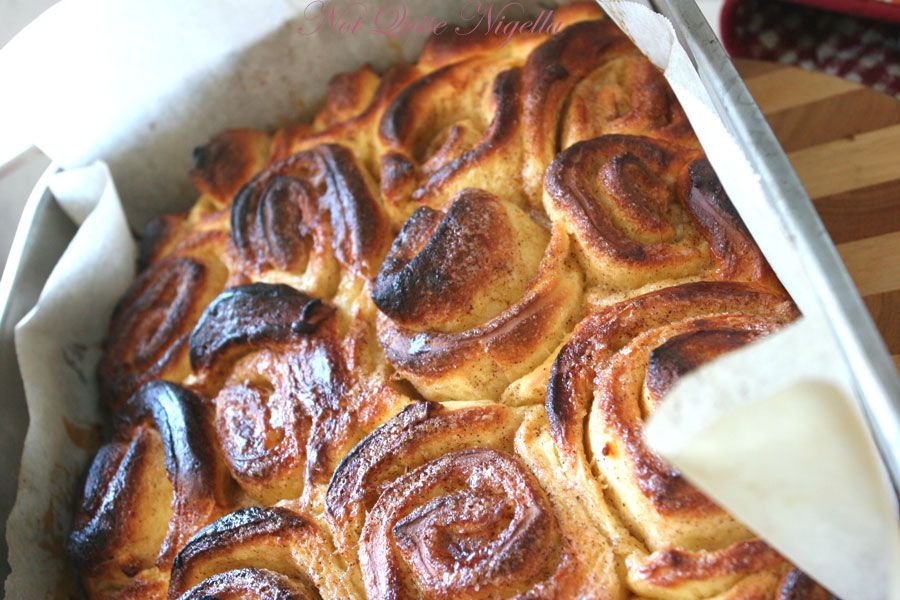