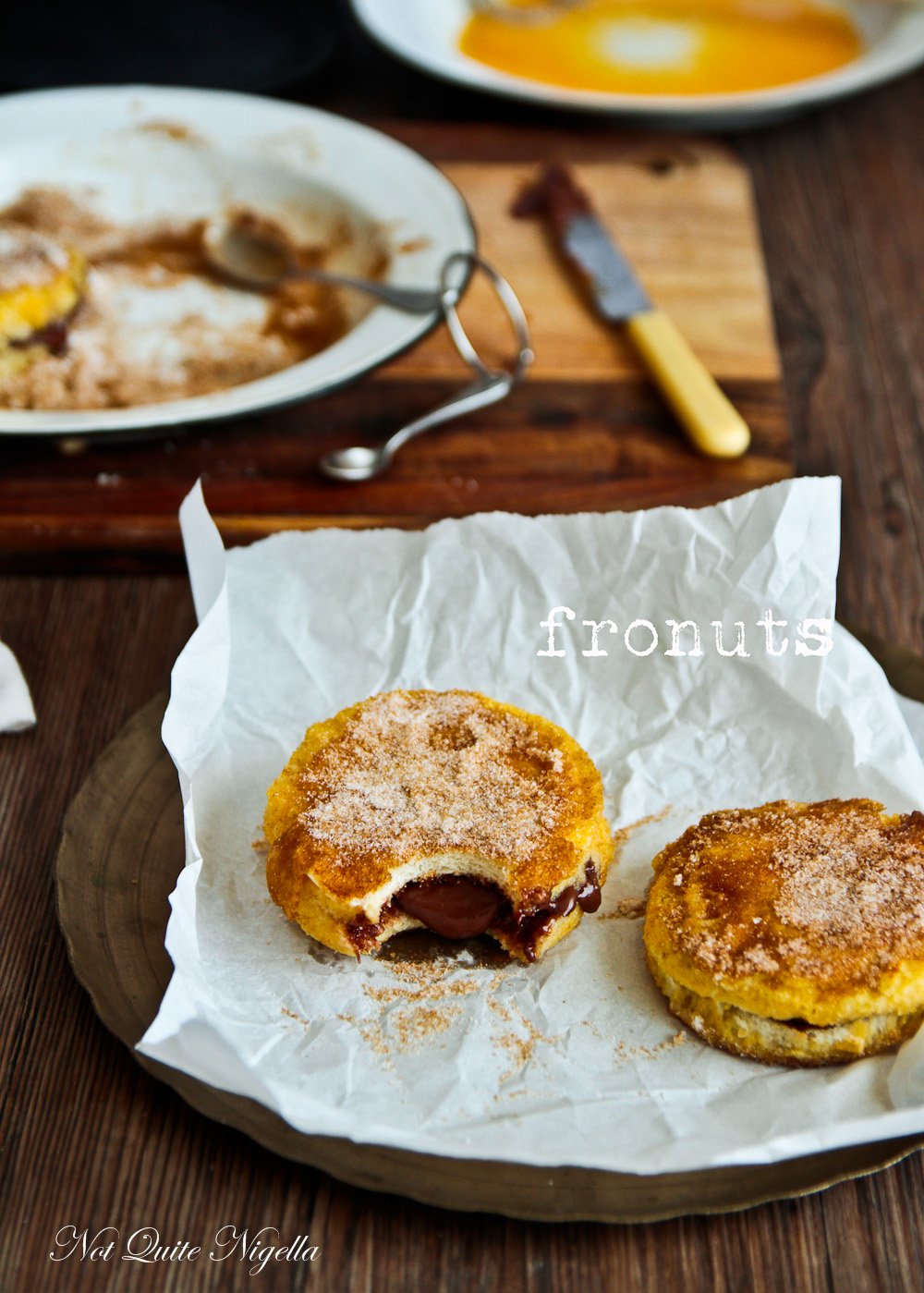 A fun weekend breakfast treat, a fronut is a cross between French Toast and donut. Filled with an unbeatable combination of Nutella and salted caramel sauce, the bread is the sealed at the edges and then dipped in beaten egg and then fried in a pan before it gets its final dredging in cinnamon sugar!

Because I work from home by myself, I'm afraid that some rather odd behaviour often goes by unchecked. Talking to myself is a given and as the months and years go on, the crazy comes out a little more than it used to. I will suddenly get a line from a movie or tv show in my head and then have to yell it out and then resume working. Some might think that this is a version of Tourette's. And sometimes I forget when Mr NQN is home and yell out these things and look back to see him shaking his head saying, "Ahh Pickles...". That's my nickname you see. 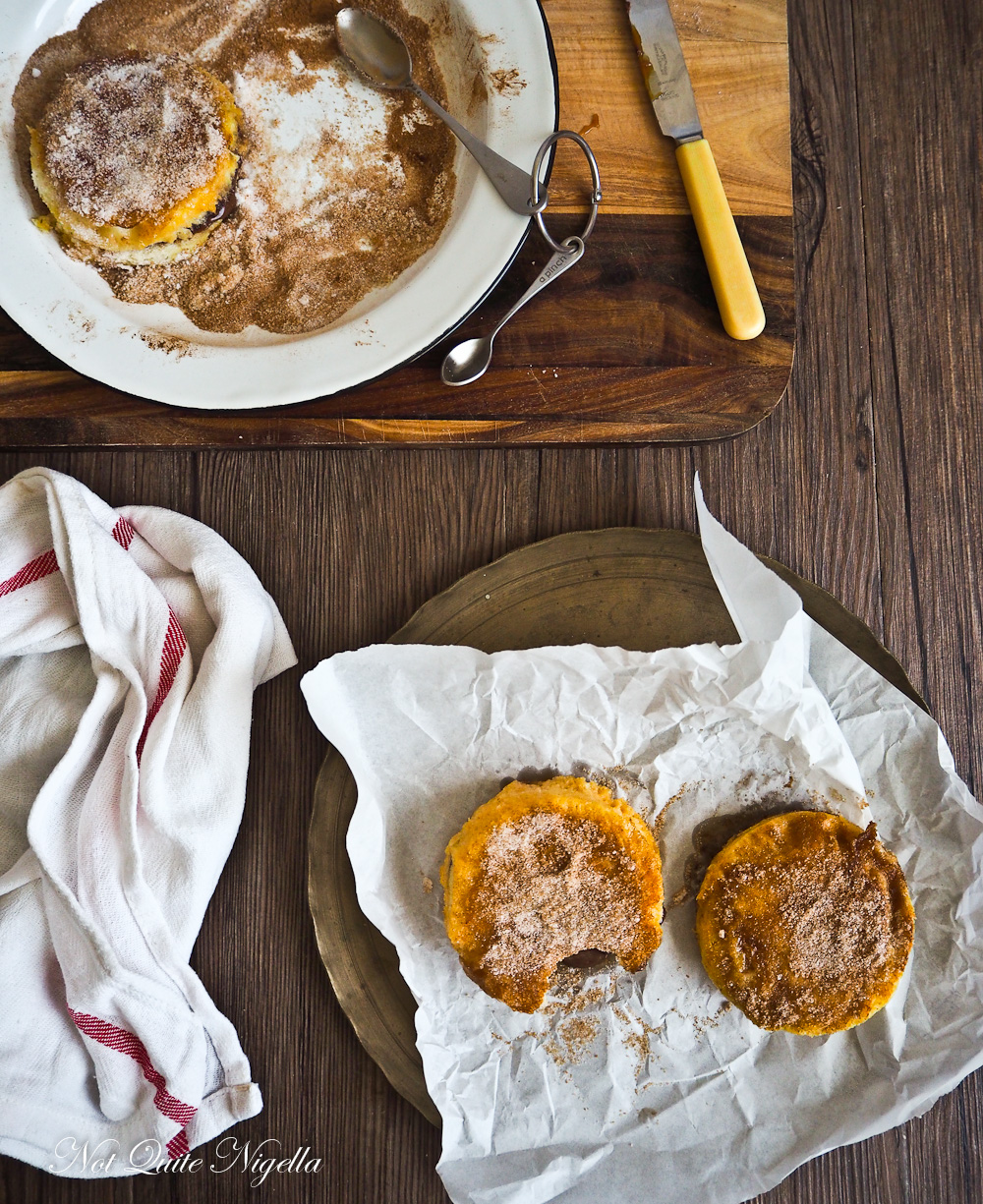 One of my favourite films to quote is Silence of the Lambs because it's pretty distinctive. And I found myself quoting it the other night when we were out. We were playing with Belinda's Tinder account and Mr NQN swiped yes for a rather menacing looking gentleman. In fact he could have been straight from Silence of the Lambs. So I grabbed Belinda's phone and with a giggle typed in, 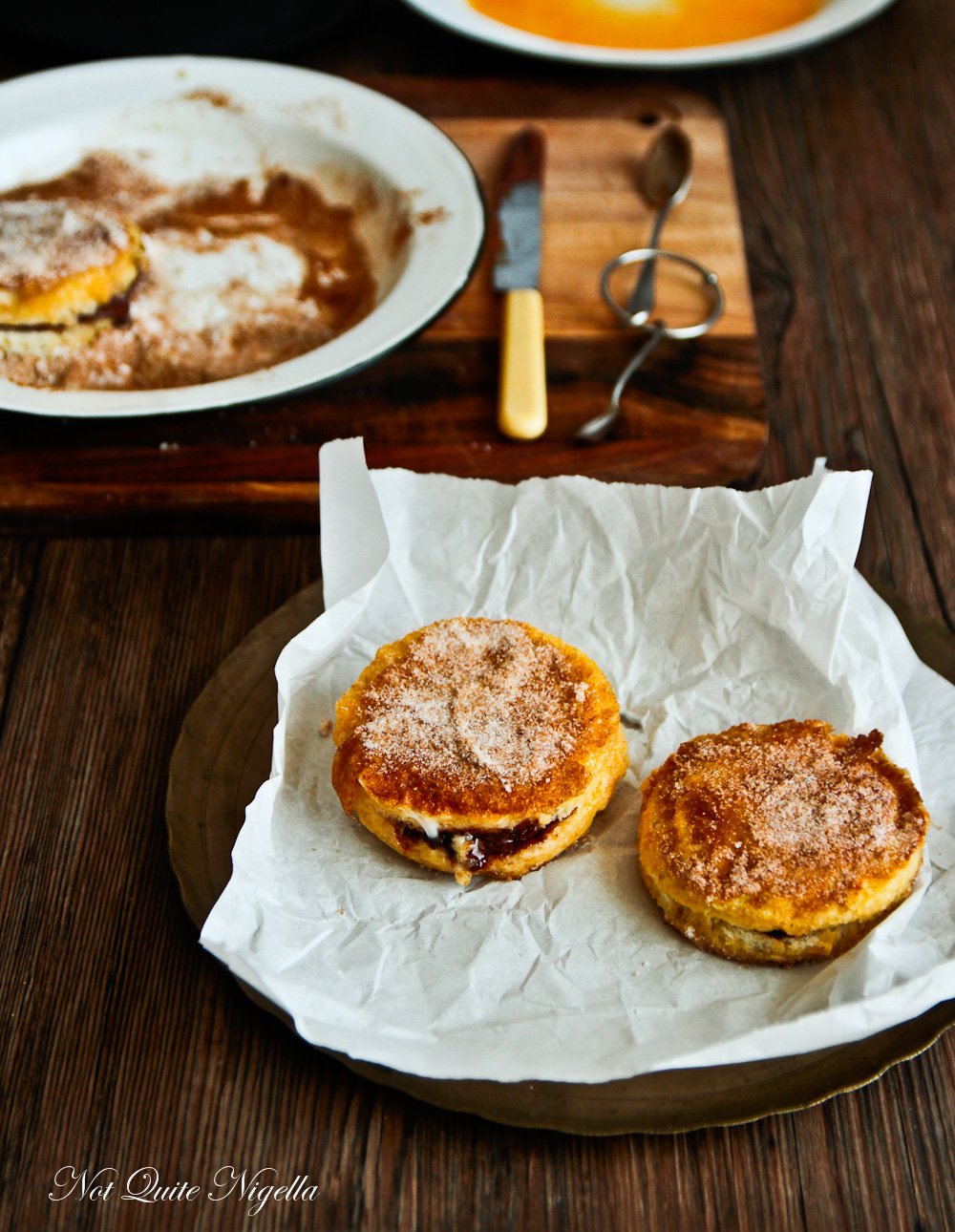 We waited around the phone, eyes wide with bated breath waiting for the response. A few seconds later it came through.

"Haha! I get it, Silence of the Lambs!" he said showing that he may look a bit odd but he had a sense of humour and he knows movies. 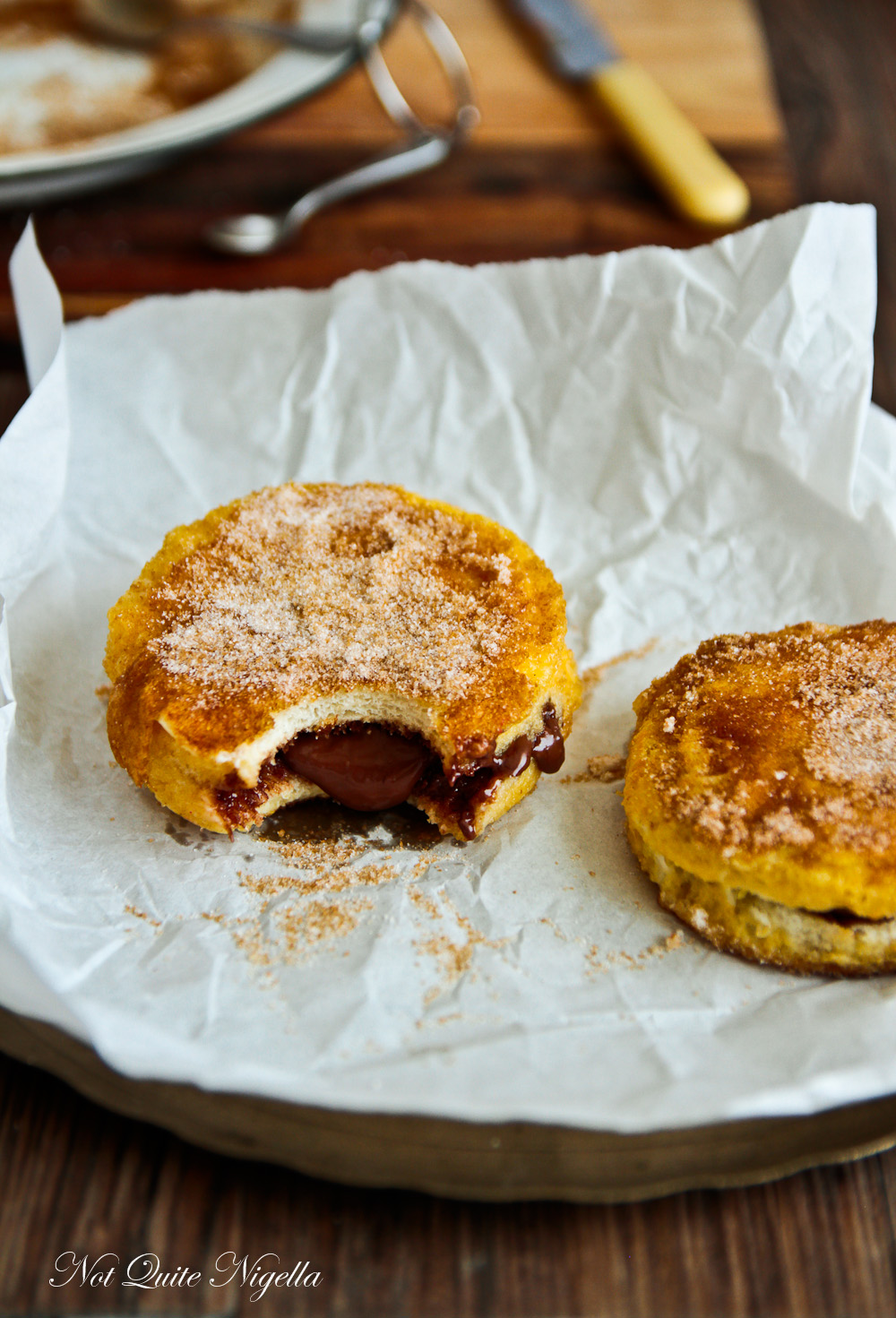 I filled mine with Nutella and salted caramel sauce but you could fill them with any jam or spread that you fancy. They're brilliant in their simplicity - after all you just make the French toast by dipping it in an egg mixture but then the donut part comes in with the filling and the sprinkle of cinnamon sugar. Mr NQN ate three in one sitting and then scoffed two more the next day - only two because I had run out of bread. And if this isn't a good excuse to stay in this weekend and snuggle in because it is getting colder (yes we Aussies are a bit soft when it comes to the cold) then I don't know what is :)

So tell me Dear Reader, do you talk to yourself? And did you know that line from Silence of the Lambs? Is there a movie or show or person that you often quote?

Adapted from Stephanie at The Dessert Spoon 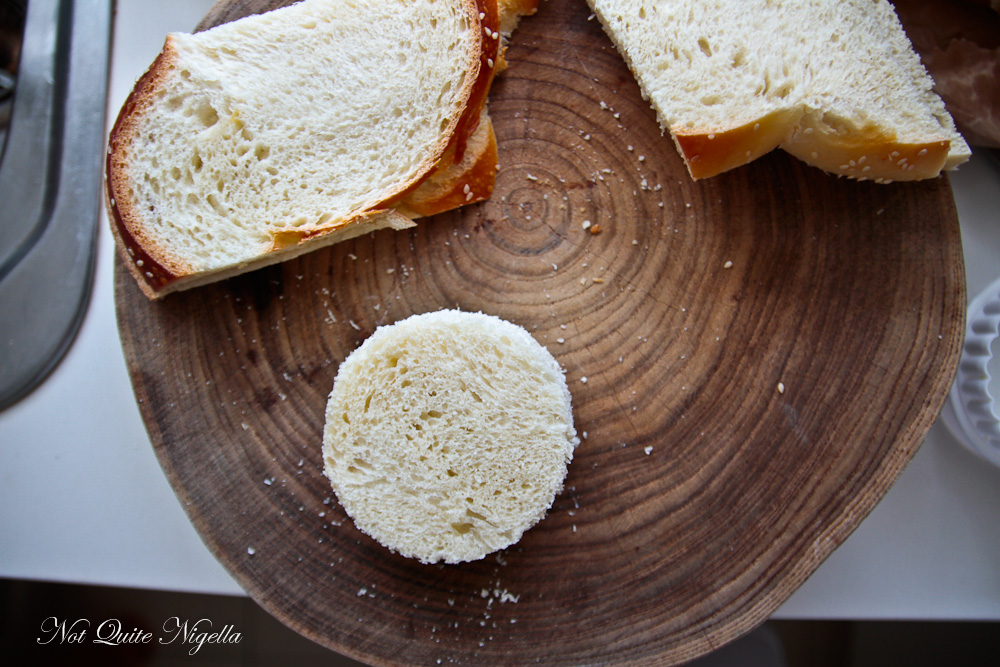 Step 1 - Cut out circles in the bread (you can also just cut the crusts off the bread slices). Spread four of the rounds of bread with 1 heaped teaspoon Nutella and 1/2 teaspoon of salted caramel in the centre. Press down on the sides to seal (it's ok if they don't seal exactly, just do your best as your mother might have said). 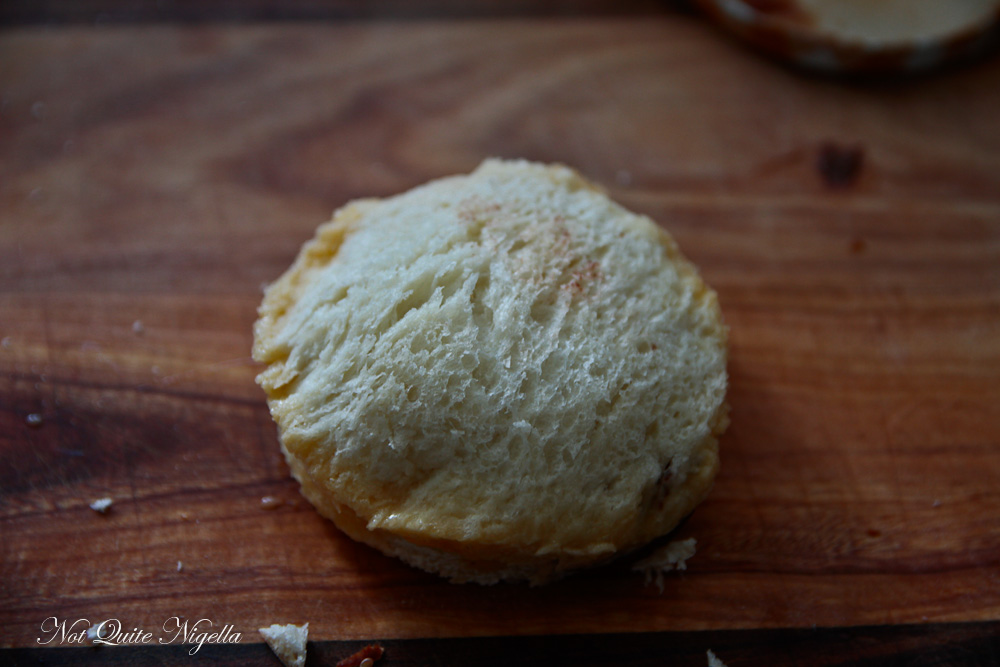 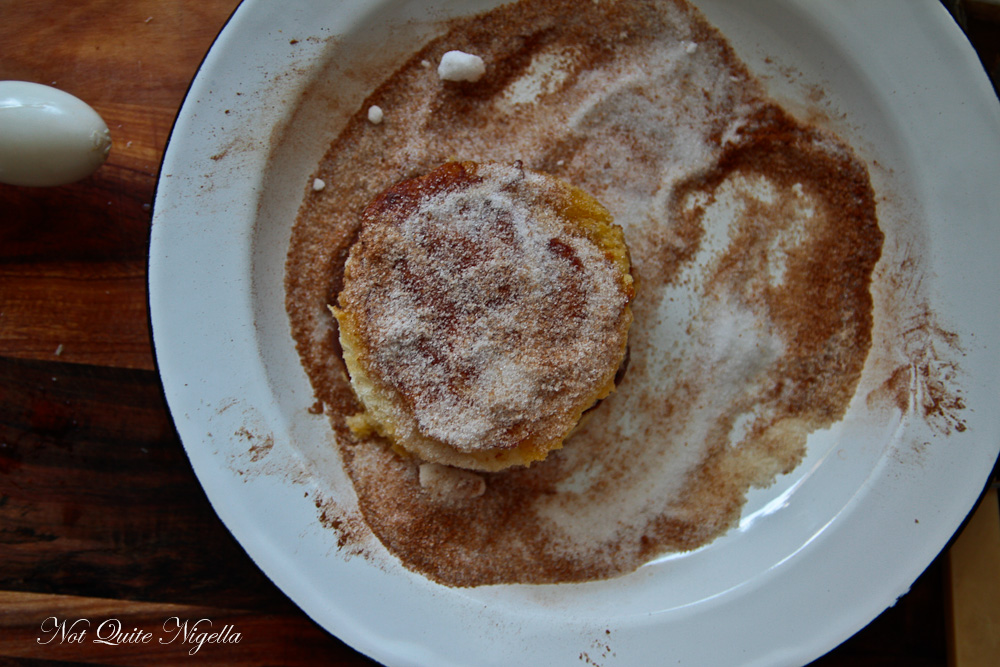