The Market versus Supermarket Produce Challenge 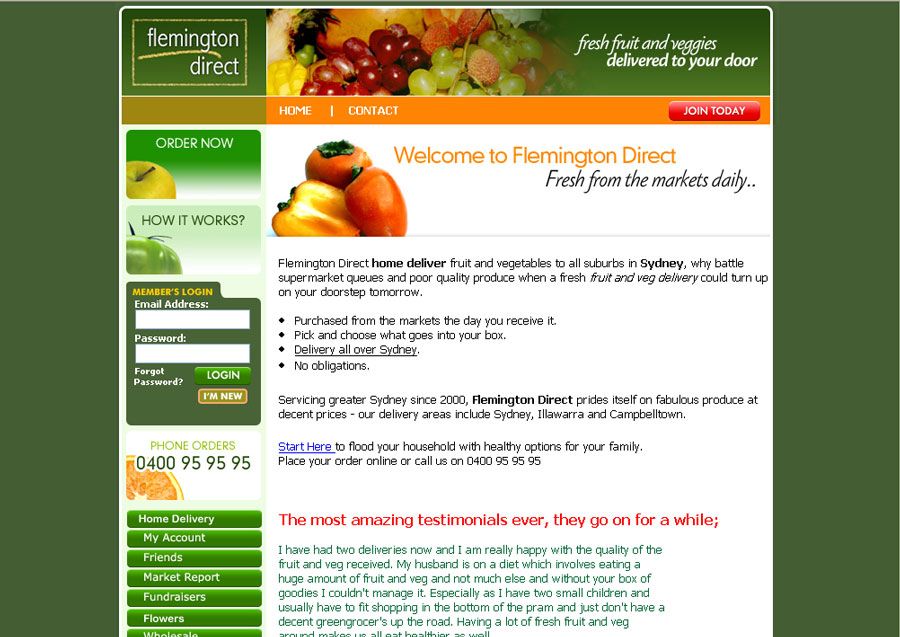 It's no secret that there is a trend towards moving away from buying fruit and veg from the supermarket and buying it from greengrocers or specialist fruit and vegetables shops. We've all heard of the apples being in the deep freeze for months before reaching the supermarket shelves and the proof is in the eating and the staying power. Whatever you'll buy from the supermarket will last less than a week while you've paid a premium price. The point was really hammered home to me when I started buying produce from Kirribilli markets. It was a revelation. My lettuce lasted for ages without going brown and shrivelled. The avocadoes ripened quickly and beautifully and when I sliced them open there was not a speck of black, only the most gorgeous unblemished green. The Spanish onions were cheap and lasted for weeks, perhaps more but we used them all. If I could buy all of F&V there I would but since they're only at Kirribilli once a month, I'm left to fend for myself in the F&V wilderness. 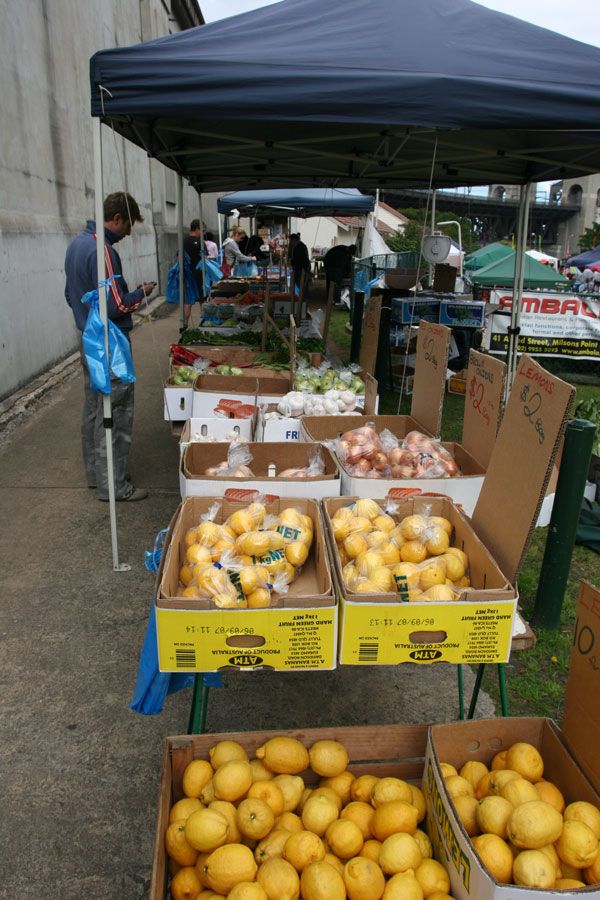 When I heard that Flemington markets had set up a markets to you delivery service where they delivered to you a box of fresh F&V for $45 I was curious. $45 is the Movers box, ideal for couples. There is also a Standard box suited to a family of 4 for $55 and a Family box which is 1.5 times the size of the Standard box for $68, all delivery costs included. I never get out to Flemington markets, it's too far away and they close too early on weekends for me. So this was the next best thing. And I love being a guinea pig so I was eager to try this service. 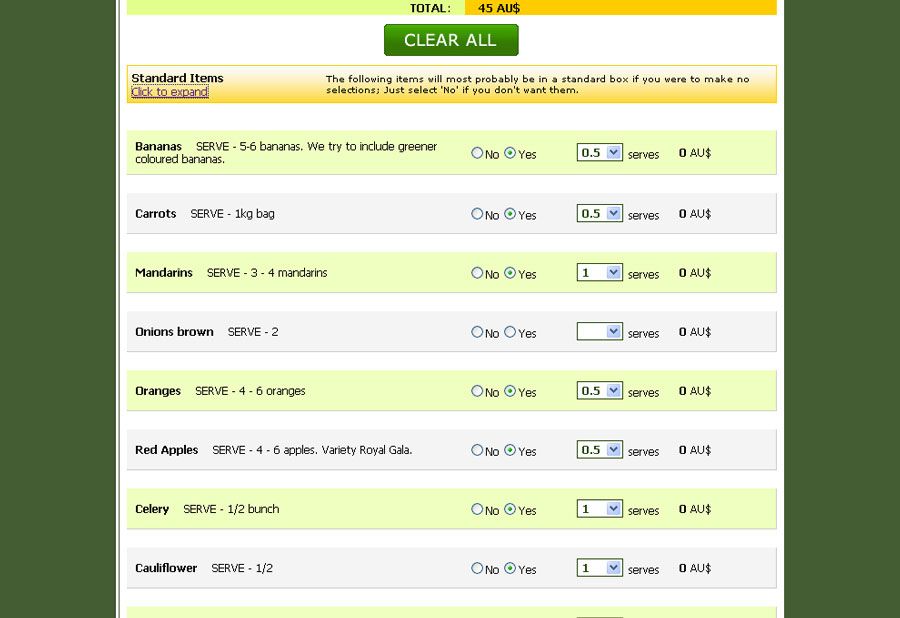 Ordering was fairly easy, they have a website where you specify which items you want and don't want and then pay online. You can also choose 1/2 size, full size or double size serves of a particular fruit or veg. There was a glitch in the payment area, I didn't get the chance to put in my credit card but the website thought that I did. A customer service person Patty rang me that afternoon to take my credit card number and she gave me some hints as to how to order. She suggested taking out celery and lettuce and items that take up a lot of room. I told her that I really love baby spinach, mixed salad leaves and rocket and a function where I could put a preference for certain items would be useful. She let me know that I would receive an email asking for feedback and that I should put that in. 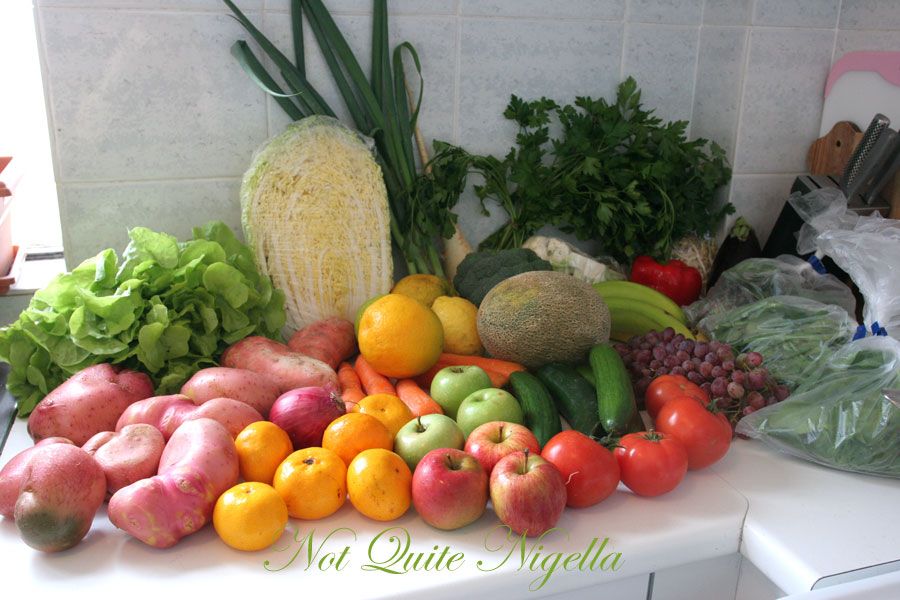 One thing I did have issue with was the courier, Fastway couriers. I've previously had very bad experiences with them as our intercom doesn't work all of the time and despite being given instructions to call us they never do so we don't get our packages. I expressed my concerns to Patty and she said that she would try and get one of their own delivery people to deliver it to me. She called back later saying that she wasn't able to get them to deliver to our area on that day but she had put a large note on top with our number and not to leave it at the door. 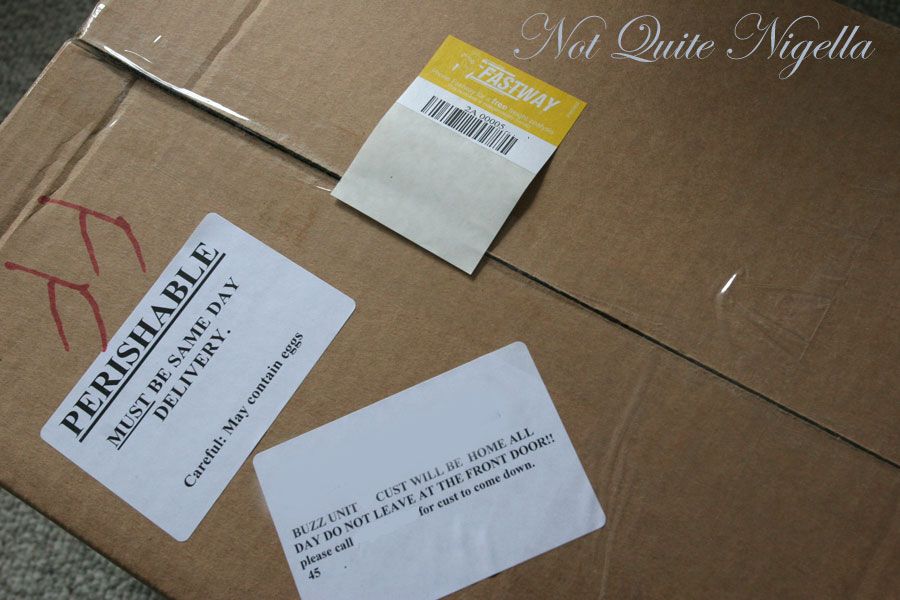 The note about the intercom, of course ignored by the courier ... 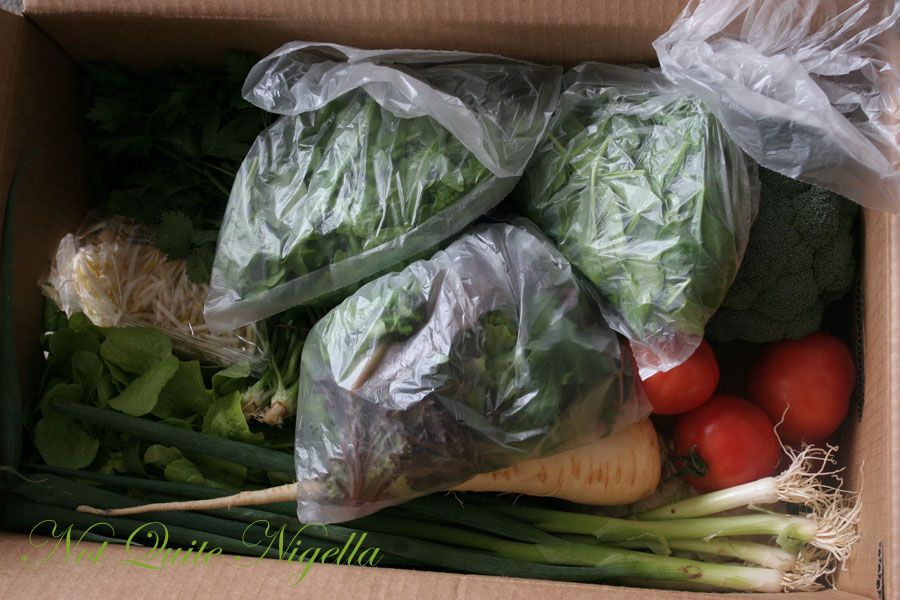 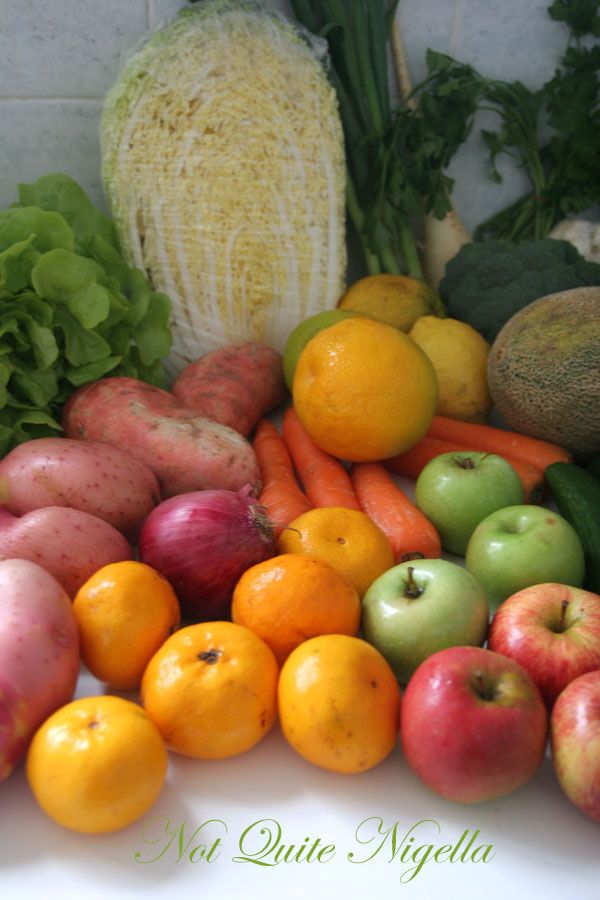 I missed out on 1 spanish onion, a lot of baby spinach, rocket and mixed salad and 1 parsnip. However I can't complain in the slightest as I suspected I had overpacked my shopping list. However as I mentioned, a facility where you can rate the importance of the items would be useful as I would have happily ditched the oranges, some potatoes or chinese cabbage for my beloved salad leaves. 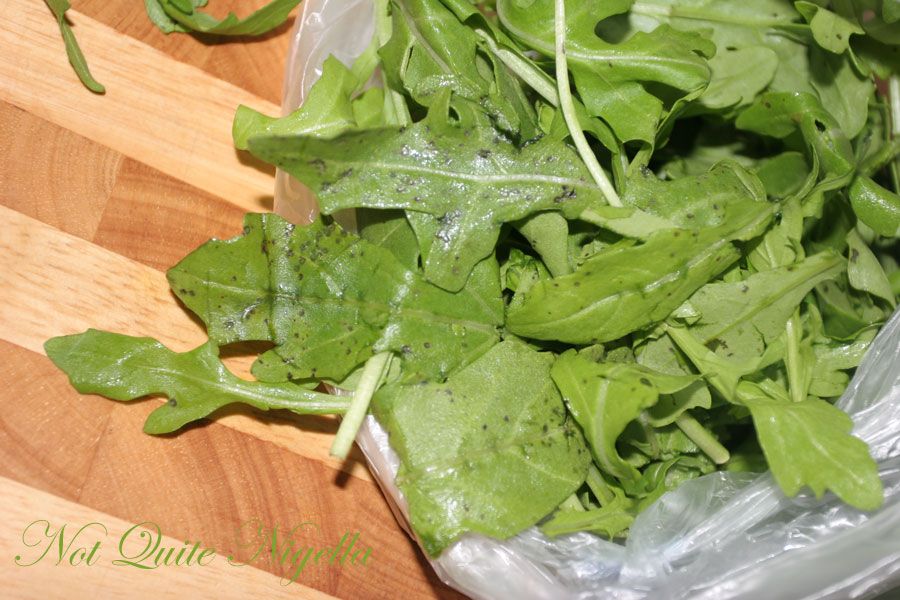 Rocket with brown spots (1/4 was unmarked) 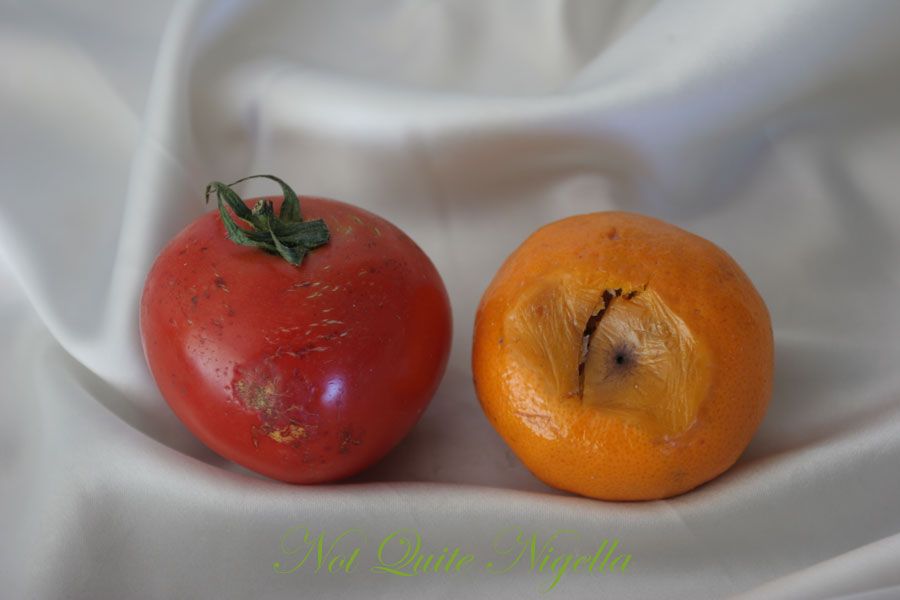 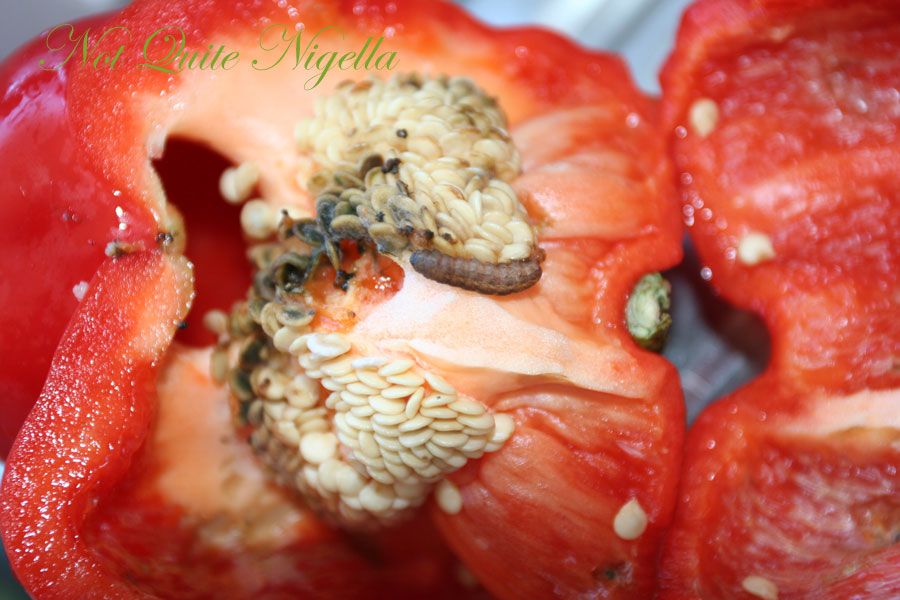 Capsicum with worm-organic without the benefits

As the week went on, I noticed that some items went bad quite quickly, a mandarin turned black within 3 days, my one and only red capsicum had a large worm boring through it (yes I heard from my vegetarian in laws that it means that it's closer to being organic but do I care? I needed to go to the store now to buy a replacement for the dinner party), the rockmelon started to go bad after 3 days, most of the rocket had brown spots on it and a tomato started to go bad after 4 days. 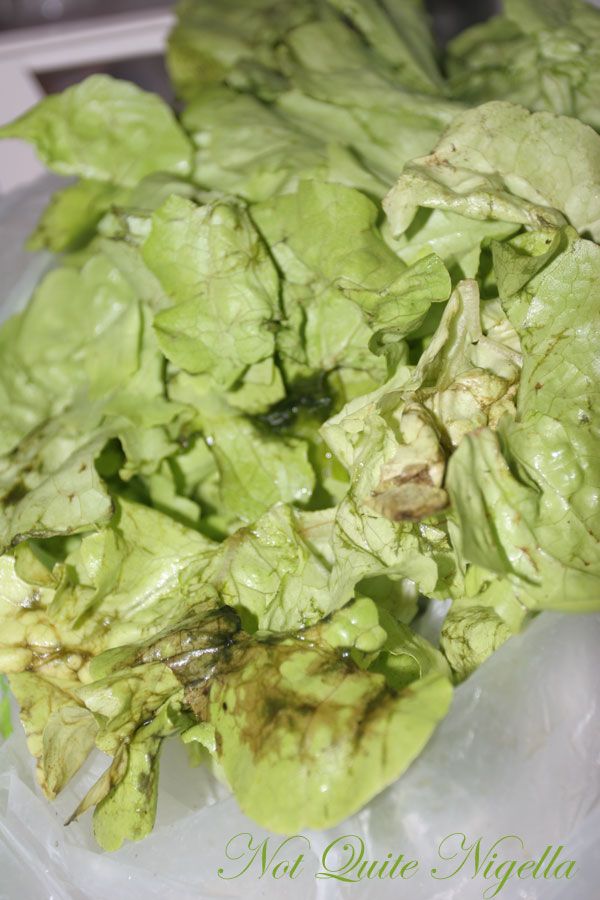 The worst item (apart from the capsicum with the ghastly worm) was probably the hydro lettuce which I tried to eat a day or two after receiving it only to find that it had brown spots all over it and I could only salvage a tiny handful of the entire lettuce.

After 1.5 weeks most of the items had started to deteriorate so I wouldn't necessarily use this for a 2 week shop like some people might want to. The items that remained in good condition for a 2 week period were the sweet potatoes, chinese cabbage, cucumber, apples, parsley, grapes, lemon and onion. 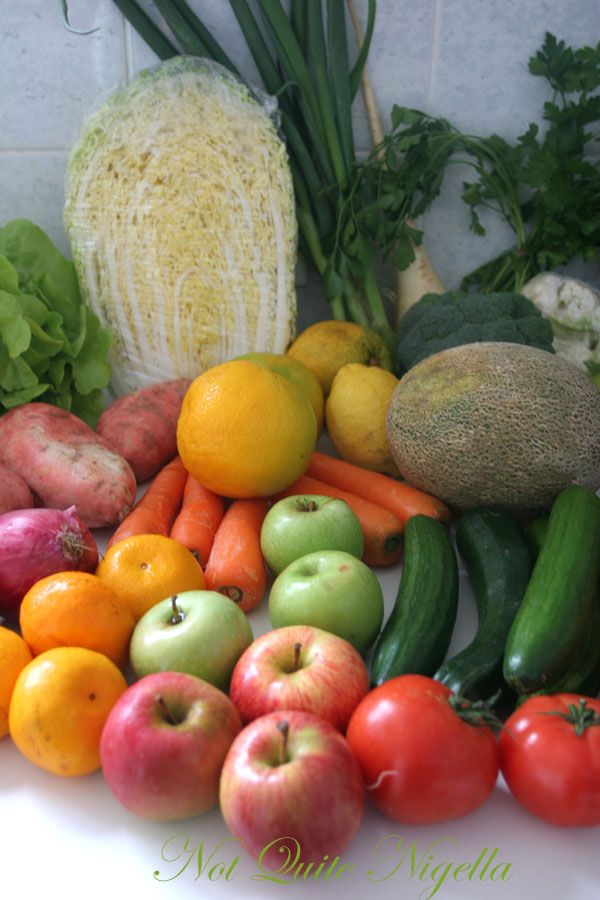 I am in two minds about ordering again. Quite frankly if they are going to use Fastway Couriers I think I'd hold off until the body corporate fixes the intercom (and knowing body corporates, it might be never) . Also the good thing about picking things yourself is that you notice the little things and you take care and time and pick the best produce yourself-I could tell from the start that the red capsicum that it wasn't quite right. I had a potato that was burnt on one end that could easily have been seen had I packed it myself. They have a refund policy if you find that your F&V isn't up to scratch, you photograph it and send them the pic but you may get sick of taking pictures of bad fruit and vegetables. 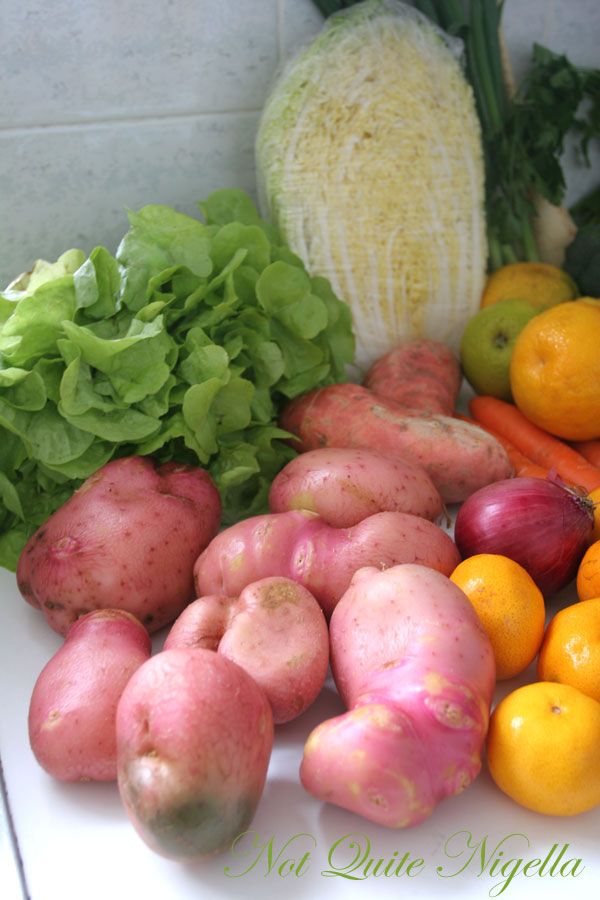 In any case, I contacted them to let them know my feedback and they gave me a $7 credit for the substandard fruit and vegetable. When I asked if the credit could be in the form of a refund they agreed to that but said that it would be 3-4 weeks before it appeared. Patty also told me that they were no longer using Fastway Couriers for the North Shore as they had received a lot of complaints about them in this area so instead, her husband would take over the deliveries but would only be able to do Thursdays. So there is hope!

There is an offer, if you mention someone that has referred you, you will get $10 off your first order and the referee also receives $10 off their next order so feel free to mention "Lorraine Elliott"!

To buy this from Coles it would have cost me:

And as friendly as the Coles F&V guy is, the produce does look a bit sad at times but the proof is in the lasting and it certainly doesn't last very long. This is my local Coles at Warringah Mall, obviously there will be slight differences in price according to area.

To buy the same box from Woolworths it would have cost me:

Woolworths is definitely the more expensive of the two supermarkets although they do push the "Fresh Food" line a bit. They also have white corn and I have to say their produce looks a bit better than Coles, however I rarely buy from Woolworths so I don't know what the lasting power is like. We priced this at Woolworths Neutral Bay (note: not such a hot pick up joint any more!) 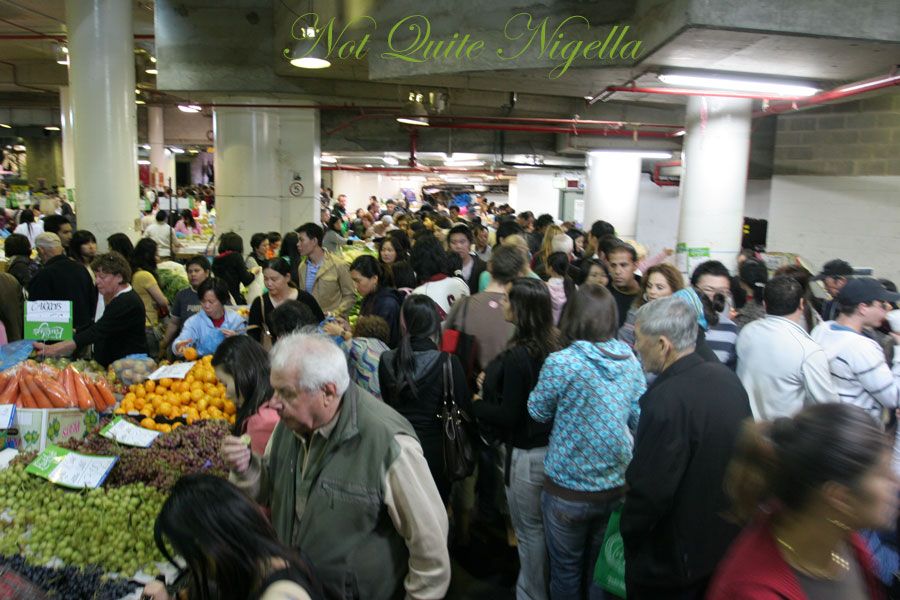 To buy it from Paddy's markets, it would have cost me:

However with a lot of Paddy's fruit and vegetables, a lot of it is slightly bruised and in some cases on it's last legs. I never buy things like tomatoes there. Things such as eggs and noodles and fresh herbs aren't bad but generally you're getting end of line produce and diving into the crowd is an experience in itself. It is however terribly cheap so you balance the crowds and potential for short shelf life F&V with price. Paddy's Markets is also only open Thursday-Sunday and we went to do our price check on Sunday afternoon, when the prices were at the lowest. 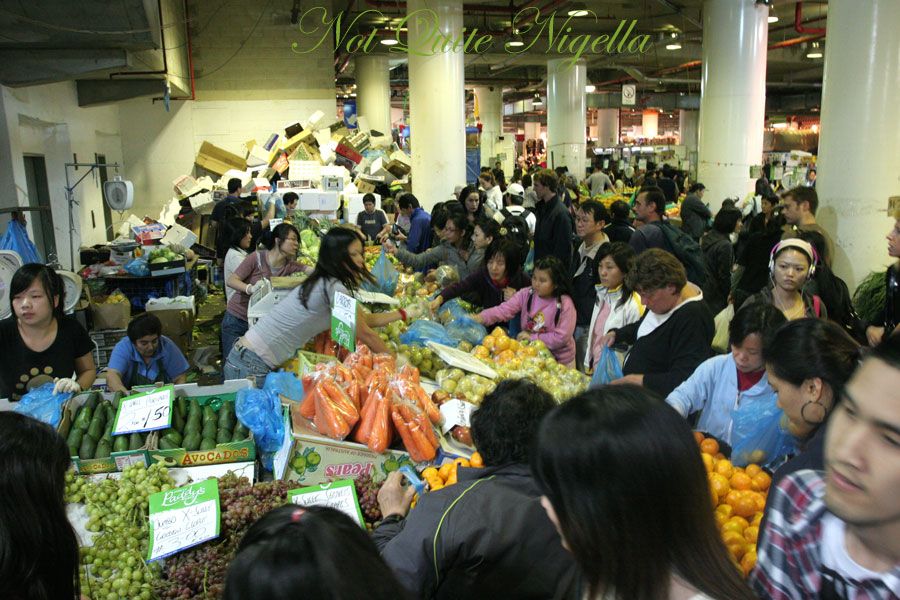