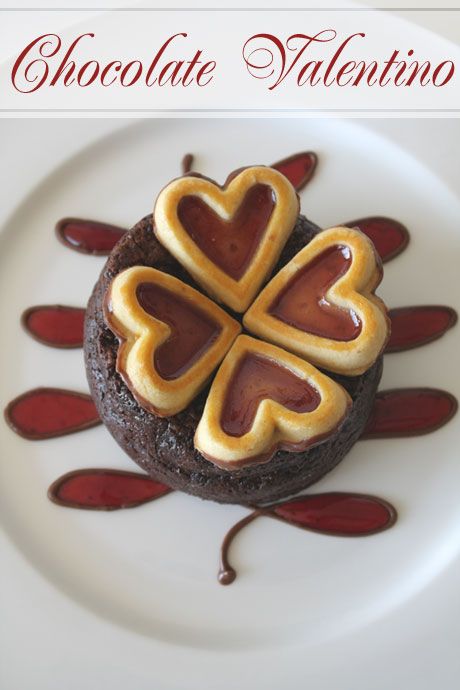 This month's Daring Bakers challenge was exciting. For not only was it chocolate based, it only had 3 ingredients. Yes seriously. Of course I'm not counting the ice cream part. They wouldn't let us get away with something so simple. But even give this head start of sorts, I still waited til the last week to do this. I'm not usually a procrastinator, indeed I prefer to get things done earlier than waiting and dreading for something. Call me a Peeling-Off-The-Bandaid-Quickly kind of person. I was the one that handed in University papers early (although conversely I sometimes show up 5-10 minutes late to things). It's probably because I like planning, in fact my husband told me that I was recently talking in my sleep where I impatiently issued him instructions on how to organise and move plants. Yes that's what my dreams are made of. Hardly hot stuff wouldn't you say? 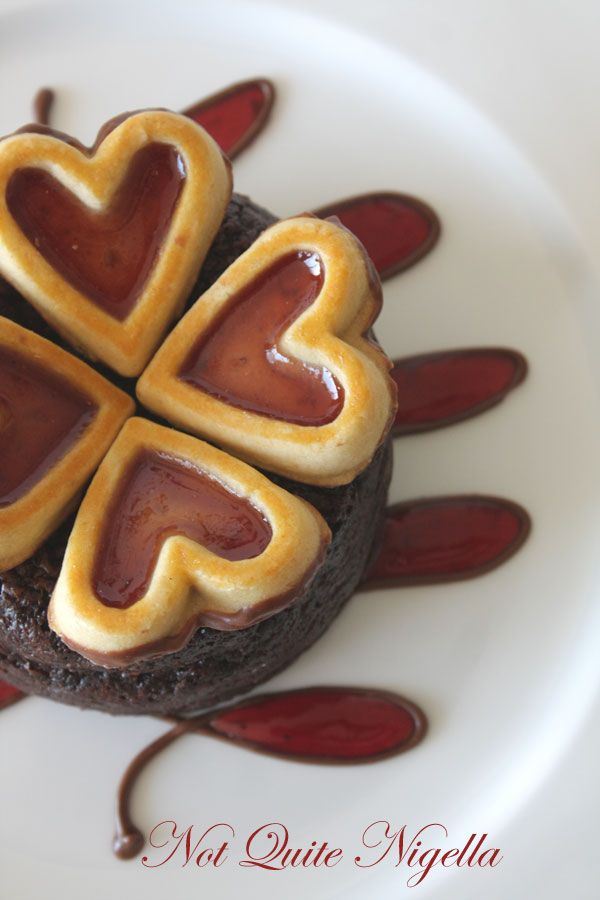 But I digress, the cake itself is incredibly moist - most flourless cakes are, but this one contains no almond meal as well as no flour. So the look suffers a little in that is sinks and forms a crater. And for someone that loves the look of a cake as much as the taste, this dismayed me a little. I paced around the house clucking like an anxious Type A personality chicken. What do I do? The plans I had to decorate it were awry. It was too sunken. Then I flicked through Gordon Ramsay's 3 Star Chef cookbook and combined two decorative touches I saw on the pages. Sigh "No Chicken Little," I said to myself, "The Sky is _not _falling". 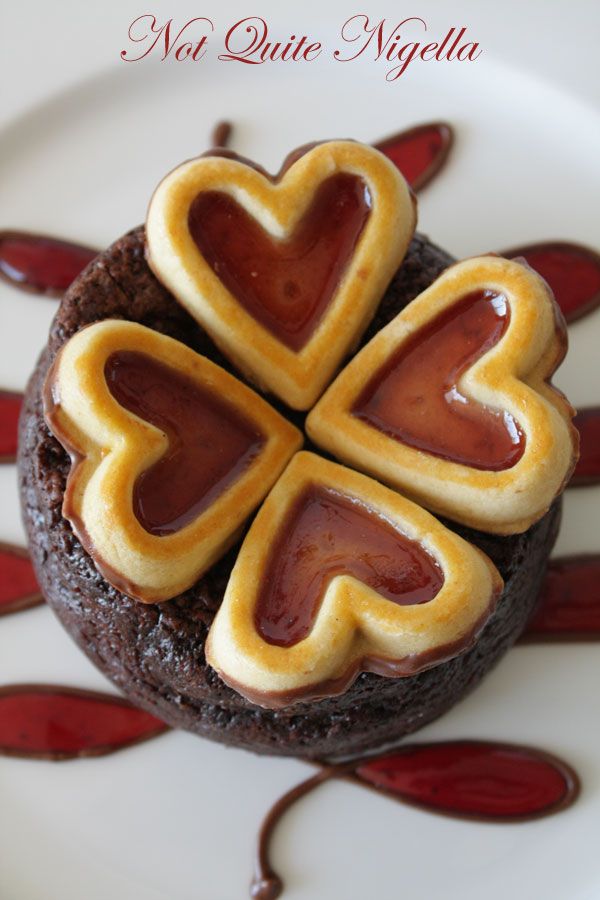 I'd like to tell you that I reduced some plum juice to a syrup but I took the lazy option and used jam mixed with water to create the pools which gave me a good flavour, without little effort. The biscuits on top I bought from Aldi, which I buy every year for Valentines Day. I did mention that we had to make an ice cream to go along with it, and I had originally intended for an Apricot sorbet (it would have matched the decorations I had in mine before I realised that it was a sunken cake) but instead I used a Cafe Au Lait Ice Cream I had made previously. And whilst it didn't turn out as I'd originally hoped, the proof as they say is in the tasting. It is a wonderfully gooey cake, like a gorgeous soft nut free brownie. 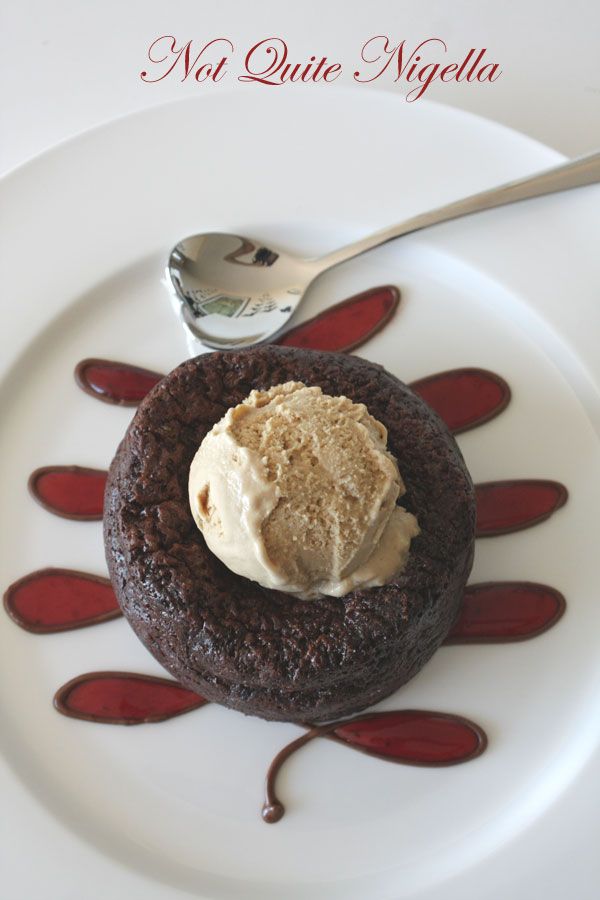 As for my plans, we're off to New Zealand's South Island for our 3rd Wedding Anniversary. I shall of course have internet access and I look forward to reporting back on all that is wonderful, good and foody in the Land of the Long White Cloud.

The February 2009 challenge is hosted by Wendy of WMPE's blog and Dharm of Dad ~ Baker & Chef.

Step 1 - Put chocolate and butter in a heatproof bowl and set over a pan of simmering water (the bottom of the bowl should not touch the water) and melt, stirring often.

Step 2 - While your chocolate butter mixture is cooling. Butter your pan and line with a parchment circle then butter the parchment.

Step 3 - Separate the egg yolks from the egg whites and put into two medium/large bowls.

Step 4 - Whip the egg whites in a medium/large grease free bowl until stiff peaks are formed (do not over-whip or the cake will be dry).

Step 5 - With the same beater beat the egg yolks together.

Step 6 - Add the egg yolks to the cooled chocolate.

Step 7 - Fold in 1/3 of the egg whites into the chocolate mixture and follow with remaining 2/3rds. Fold until no white remains without deflating the batter. {link of folding demonstration} 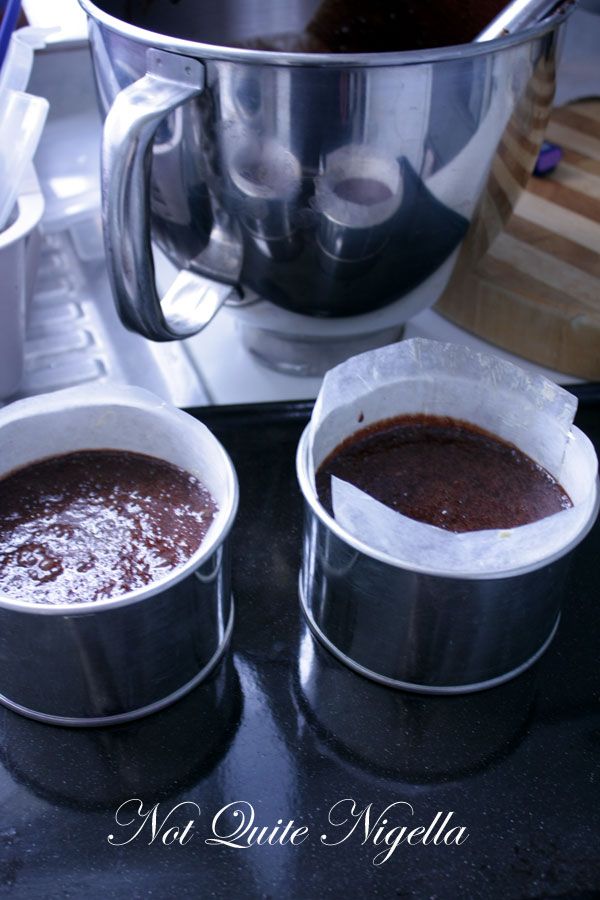 Note  If you do not have an instant read thermometer, the top of the cake will look similar to a brownie and a cake tester will appear wet. 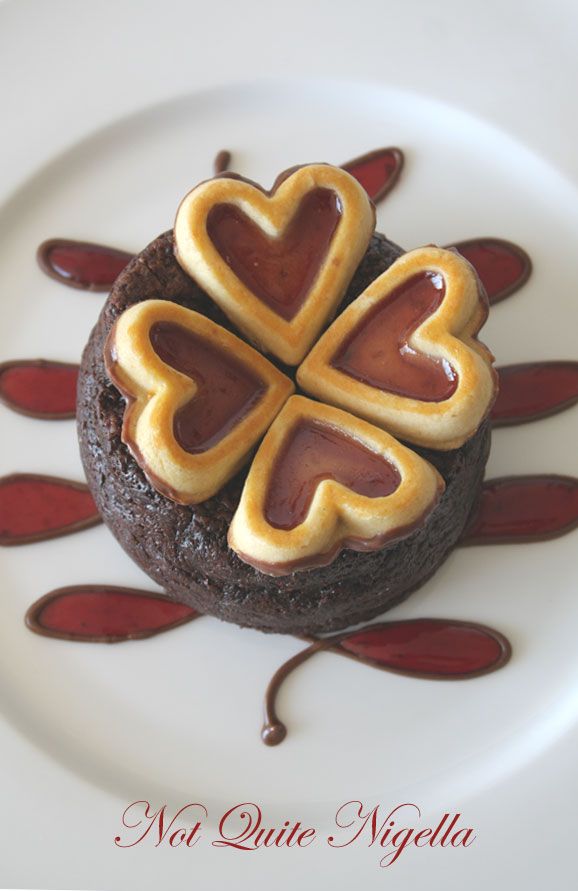 Step 1 - Whisk all ingredients in a bowl until the sugar is dissolved (you can also do this with an electric mixer but it doesn't take that long by hand).

Step 2 - Place in ice cream machine to churn until a soft serve consistency and then freeze until firm. 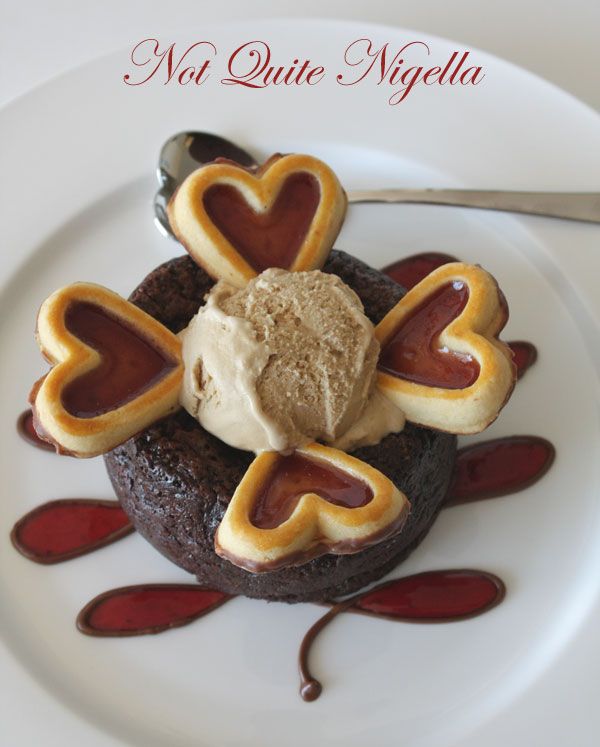