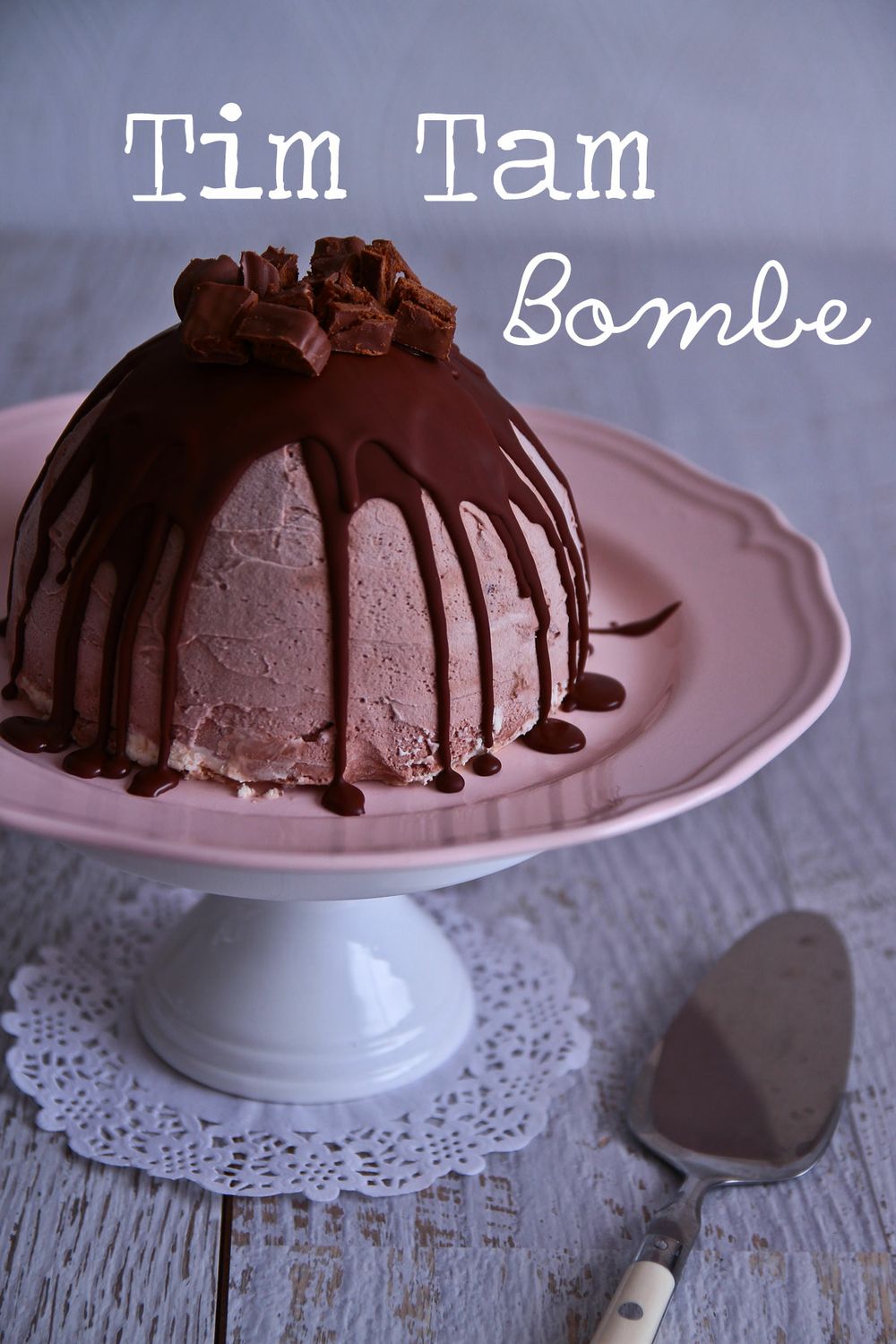 Dear Reader, I will freely admit that I wasn't a stellar student at school. My school reports were usually filled with the phrase "Lorraine could do well if she applied herself" and even now, if I do have nightmares, it's about repeating a semester at university or not actually having graduated. Sometimes I wake with a start with a dread as if I have to repeat a year of school.

Science was not my best subject. Well, specifically physics or chemistry. Biology, I could understand because I could see things but physical concepts seemed elusive -  I know physicists or those skilled at physics would say that we see it in action in every day situations but nevertheless, I failed spectacularly at it. Physics also comes to me at the most inopportune times. Many years ago, when Mr NQN and I were on holiday, he encouraged me to go on the water slide. I'm not a great swimmer and I dislike getting my face wet. 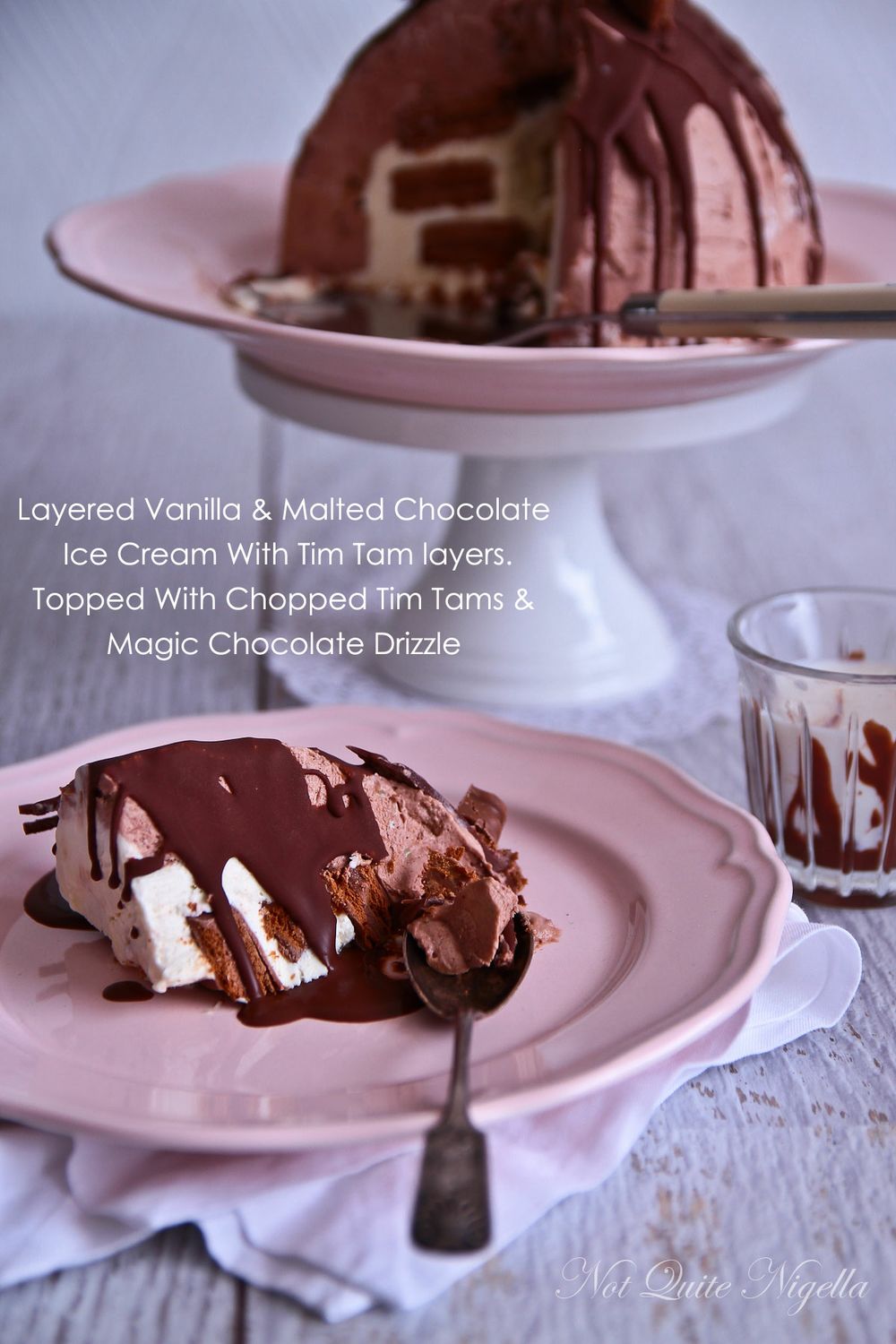 "I'll go with you" he said grinning a wet grin, his wet hair dripping water on me. He was completely wet having gone up and down the slide several times. I got up and we sat at the top of the slide. I sat down behind him and he held onto my legs which I wrapped around him.

A thought suddenly hit me as I leaned in and wrapped my arms around him. It was the physics equation f=ma. That is, force equals mass of the body times acceleration. I realised that I would be much better off going down by myself as the weight of both of us together would propel us into the water with a greater force and speed. "Are you ready?" he said and before I could answer no, we took off with me screaming "F equals M A!!!!" before I swallowed much water as we reached the water before I even knew it.

See? Physics is always there... 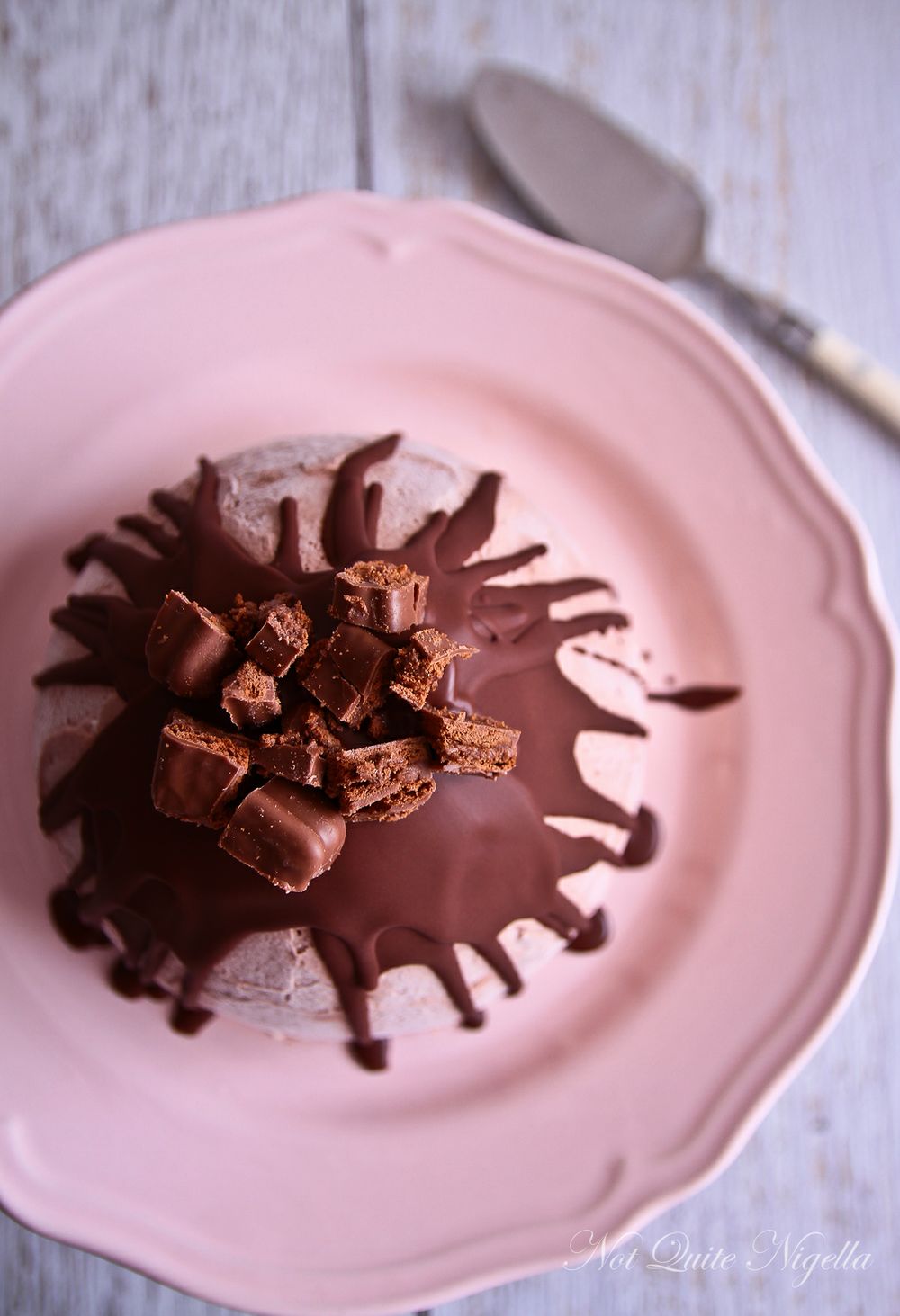 And even though I don't really know many equations, one I'm really fond of when I bake is the one where the effort expended is less than the effort perceived. That is, when you do something relatively simple while others think that it's a big effort. Making ice cream bombes are a bit like that. They're large, dome shaped features that tend to draw attention. But this one really is quite easy and I'm even counting making the ice cream from scratch (although you can buy the ice cream but this really is easy as long as you have an electric whisk).

I'm making this again for an Australia Day barbecue with friends Louise and Viggo. I wanted to give it an Australian flavour and Tim Tams are as much a national biscuit as any. I don't actually love them if that makes any sense (and I may have to give up my citizenship for saying that) but in this bombe they are absolutely appropriate. They've got a crunchiness and texture to add to the smooth, creamy ice cream and adding malt to the chocolate ice cream adds another flavour dimension.

Australia Day always tends to be very hot so ice cream seems called for and the bonus was that I inadvertently learned how to make one of my childhood favourite items: Ice Magic! It's just two ingredients melted together-chocolate and coconut oil or copha. I only offer copha as an alternative in case you're like me and have a wedge of copha in your fridge that you don't know what to do with. There's something really fun about ladling a scoop of liquid chocolate on top of an ice cream bombe and watching it drip and harden in place-of course you can do this in front of guests if you want to make a show of it. My recipe makes a little more Magic Chocolate than is needed but I will serve slices of this with some extra Magic Chocolate sauce.

So tell me Dear Reader, do you like Tim Tams? And what is your favourite biscuit or cookie? And what are you eating on Australia Day? 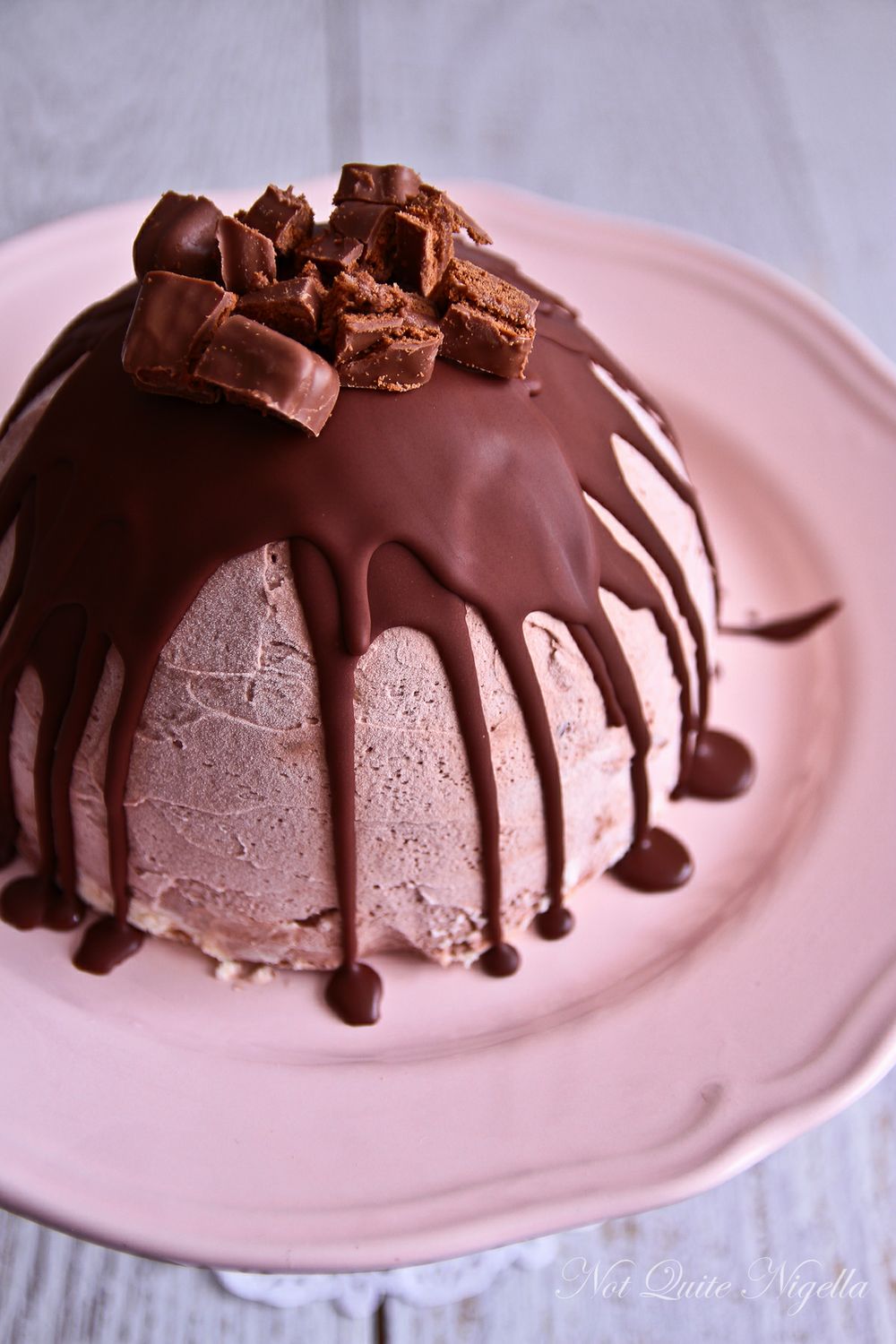 Degree of difficulty: easy to medium 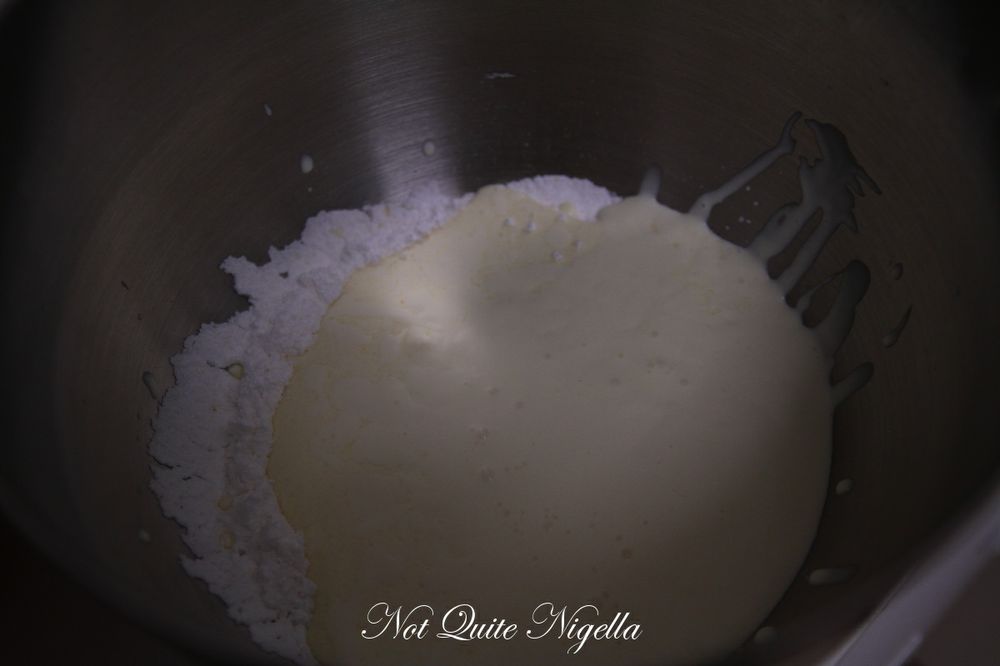 Step 1 - In the bowl of an electric mixer, fitted with a whisk attachment, sift the icing sugar and add the cream and vanilla. Whip until you get soft peaks-you don't want stiff peaks. Divide the whipped cream into two bowls. Set one bowl aside, that will be your vanilla ice cream and in the other bowl, sift the cocoa powder and add the Milo or malt powder and fold in well so that there aren't any white streaks. 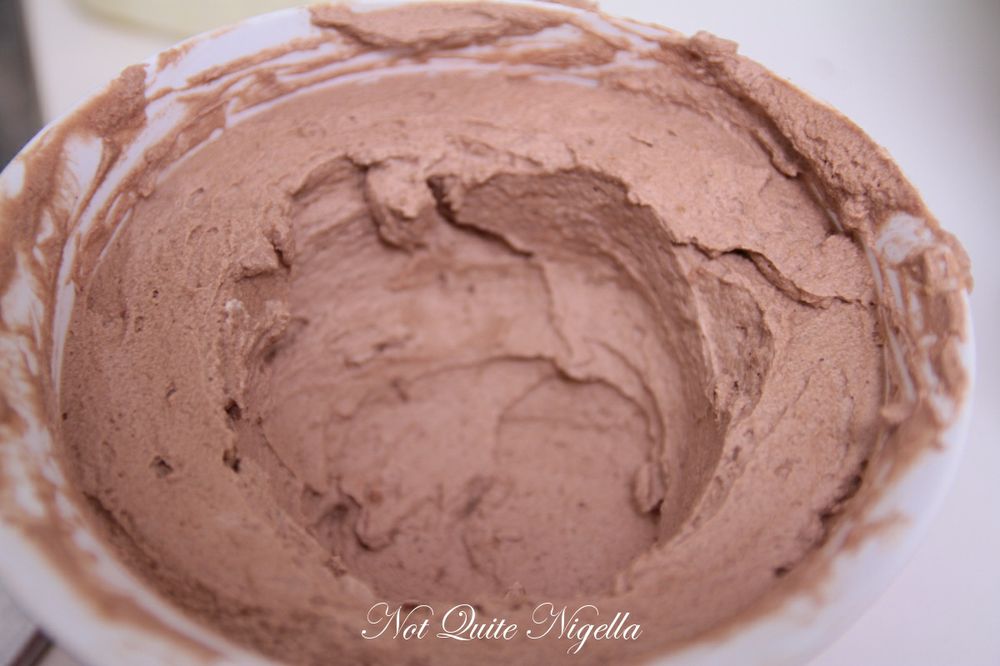 Step 2 - You can line the bowl with cling wrap (making sure to have plenty of overhang to grab onto when you take it out) but you do tend to get wrinkles or lines on the outside of the bombe. I didn't line my bowl and it came out fairly easily although if you are the anxious or nervous type, I'd advise against it and suggest that you line the bowl with cling film. Spread the chocolate cream on the inside of the bowl and leave a hollow -you want perhaps an inch of chocolate cream around the bottom and sides. 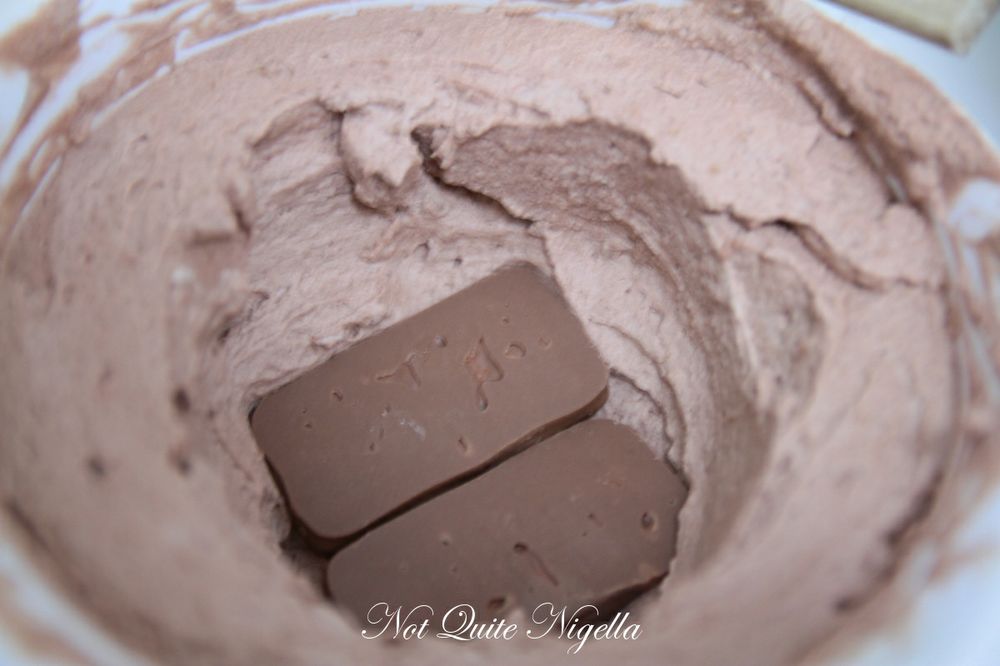 Filling the centre with Tim Tams

Step 3 - Then add some Tim Tams in the cavity (making sure to reserve one or two to put on top). I left them whole so that you could see them but it does make it a bit tricky to cut and just dolloped the vanilla cream between the layers. Alternatively, and this makes cutting it up easier, chop up the Tim Tams and stir them through the vanilla cream. Spoon the vanilla cream into the cavity. Cover the cling film and freeze until set, at least four hours or overnight. 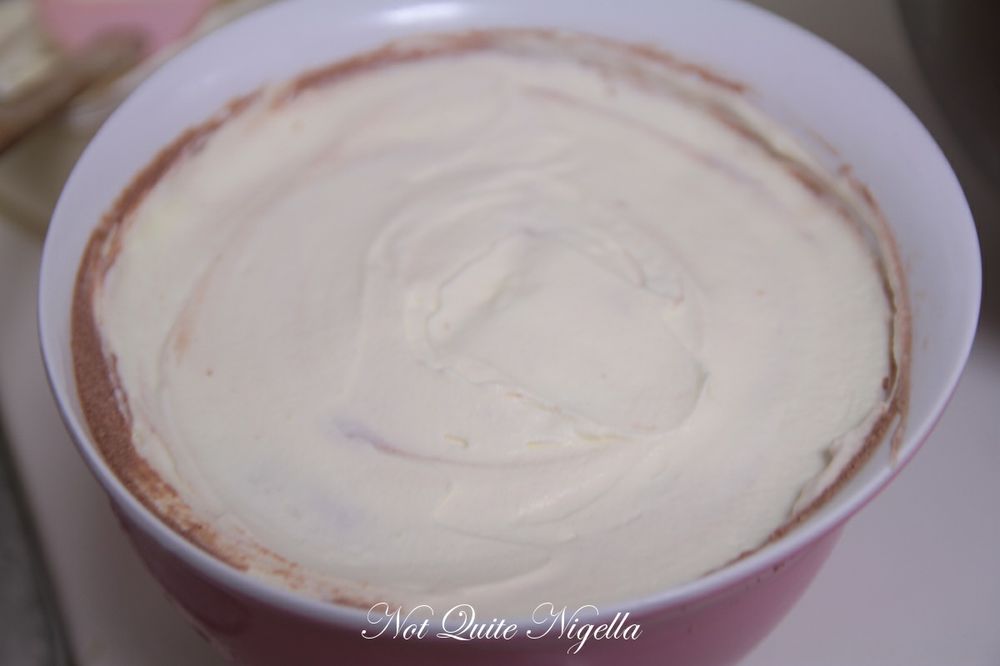 Step 4 - Before you are ready to serve it, unmold the bombe. Have a large bowl of very hot water and carefully dunk the bombe inside it making sure not to wet the top of the bombe. It will eventually loosen-help it along by dragging a thin knife along the edges to help ease it out. When you feel it loosening a little, place an upturned plate on top of it and flip it over carefully-it should come out. If it doesn't come out straight away, then dunk in the water and repeat. If you've used cling wrap then it's easy to take it out. Smooth the surface with a offset palette knife. Place in the freezer until your chocolate magic is ready. 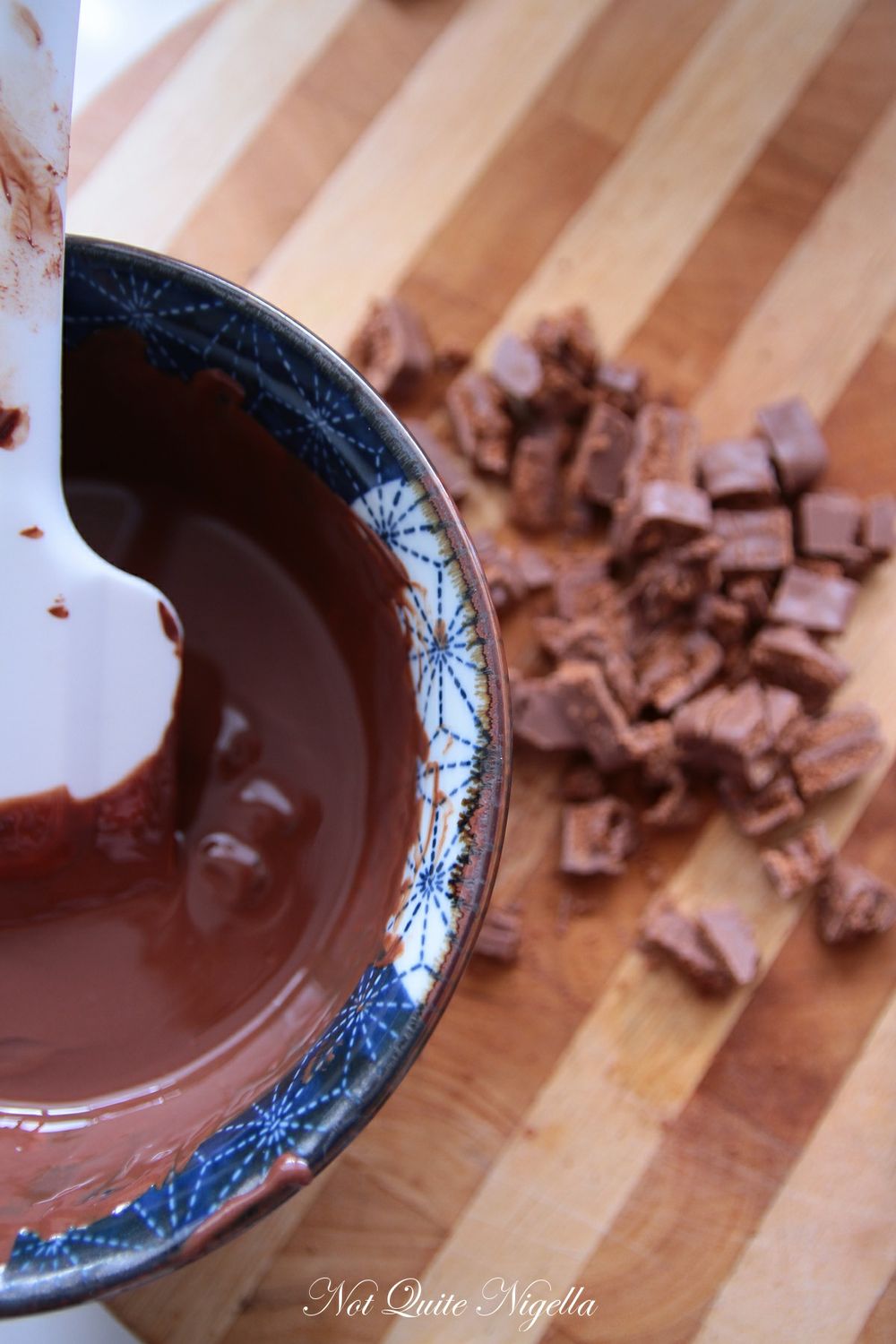 Stirring the copha into the chocolate

Step 5 - Melt the chocolate in a double boiler or a microwave until melted. Add in the coconut oil or copha and stir. Allow to cool so that it isn't hot but roughly "blood temperature"-not too hot, but not set. Chop up the remaining two Tim Tims. Take the bombe out of the freezer and place it on the serving plate.  Using a ladle, spoon the chocolate sauce onto the top centre of the bombe allowing it to drip. Do this a few times until you get as many drips as you want-it will set fairly quickly. Place Tim Tam pieces on top while the chocolate is unset. You can place this back in the freezer if you want to serve it later or you can serve it straight away. Serve with extra Magic Chocolate. 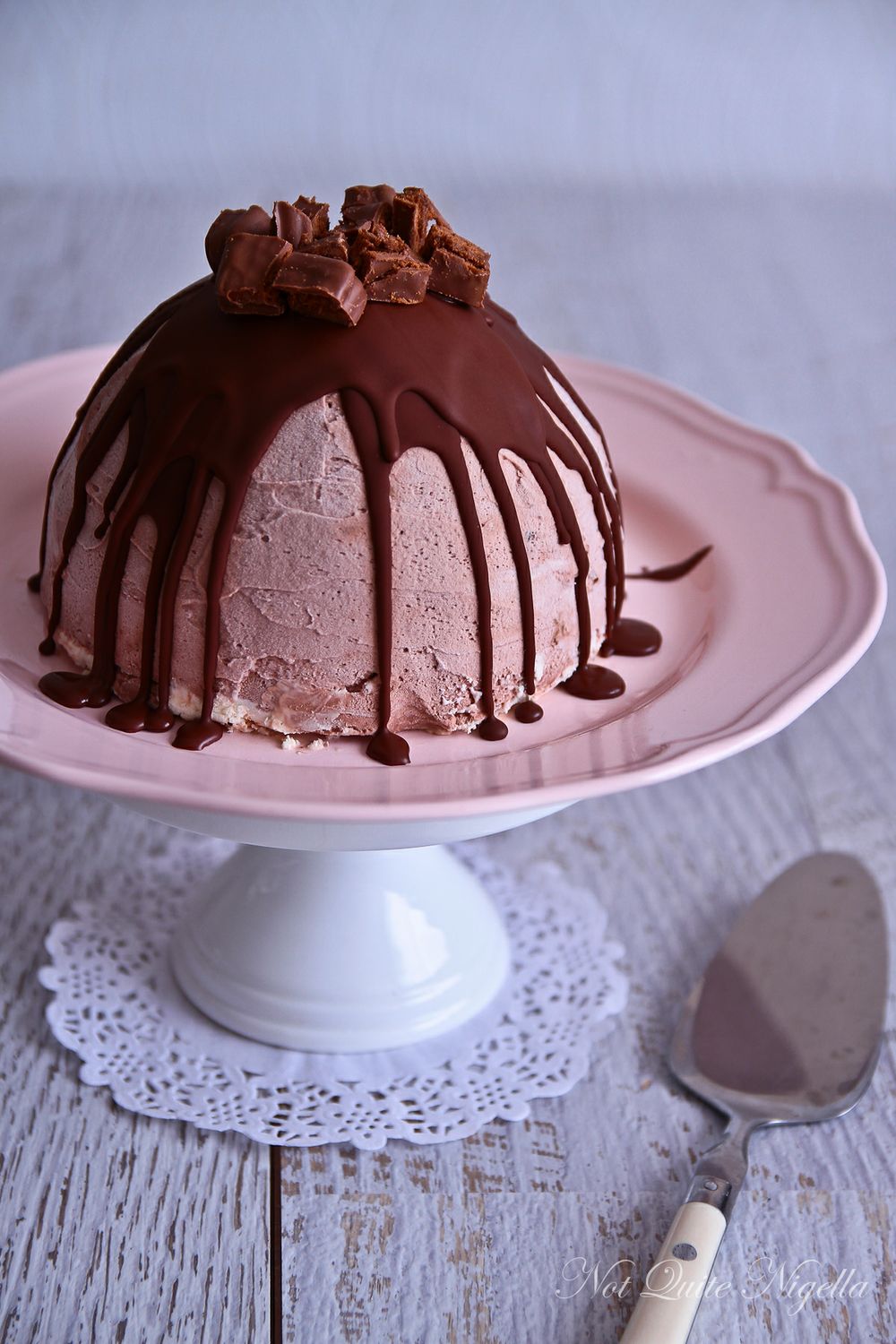