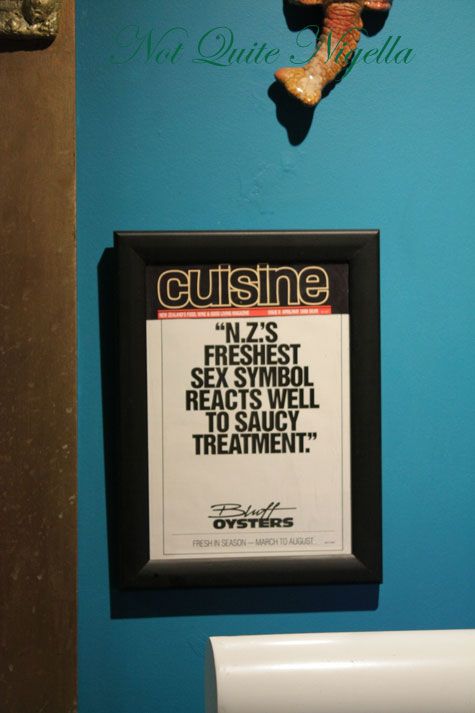 Bluff Oysters are famous. Famous enough for me to do my own version of hunting for them. Larger than regular oysters and creamy beyond creamy, only in season from March to August each year, they're said to be the world's best oysters and New Zealand's South Island's most famous delicacy. They're expensive too, expect to pay upwards of $30 for 6 of them and the arrival of these oysters are front page news. As witnessed on the front of our newspaper yesterday morning signifying that a flotilla of boats headed out at dawn to bring back the season's first catch. 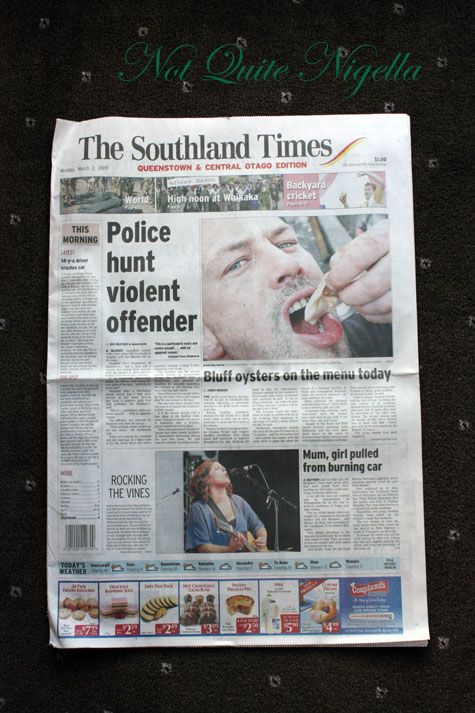 For the past 5 years there was a voluntary restriction in order to preserve the catch but the results of a National Institute of water and Atmospheric research allowed fishermen to catch more. They take this stuff seriously, and hauls of between 11 to 21 sacks a day yield 880kgs of the little pearl catchers. 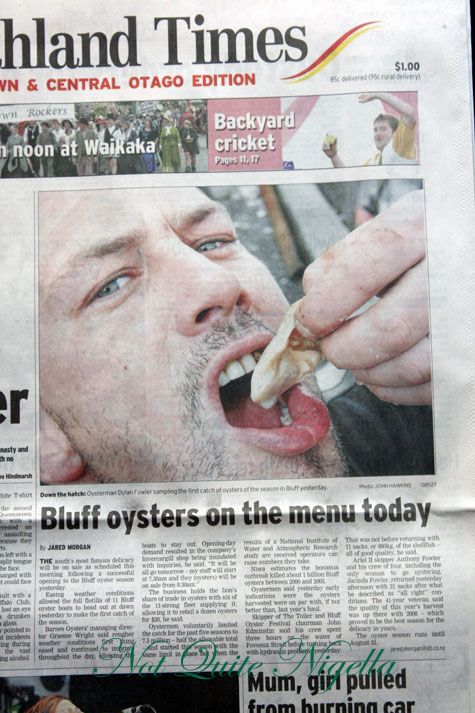 Yes it seemed like we were just in time for the arrival of the Bluff Oysters, fortuitously so, because tomorrow we leave for Kaikoura which is more North. I ask the Crowne's Concierge, the ever helpful Nathan about the Bluff Oysters and he tells me that Wai waterfront is one place that is likely to have them and another place Fishbone is a bit more casual but they always seem to have the freshest fish around. 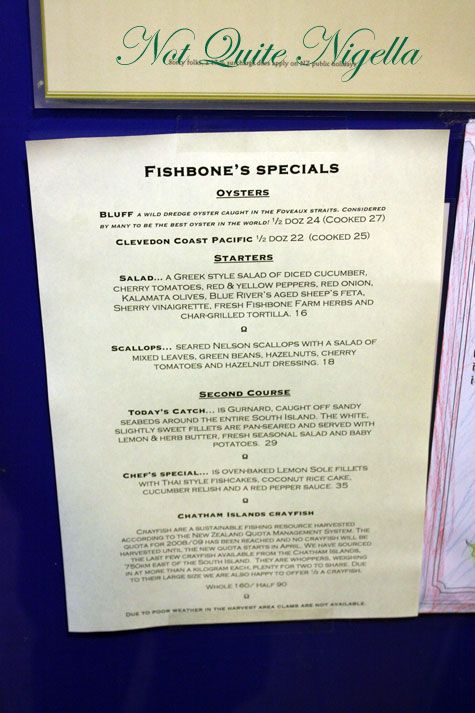 It seems we are out of luck. We enquire at Wai and they tell us that it will be at least a week until they receive their Bluff Oysters. He tells me that the first batch makes it way up to the North Island where they are more willing to pay the big prices in the bigger cities like Auckland. I leave dejected and hoping that I'll find some at Christchurch and he tells me that even if I find them there they'll be very expensive. Hmm thanks! 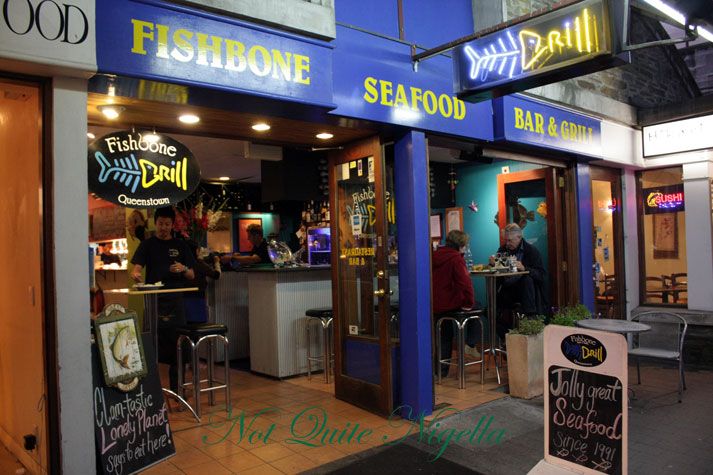 We walk around and past the Fishbone grill and take a peek at their menu and I think my eyes are playing tricks on me but I see Bluff Oysters on the menu! And at $24 for a half dozen at a reasonable price too. I excitedly ask whether they do indeed have Bluff Oysters and they confirm this and they say that they only arrived at 4pm that very afternoon. We're chuffed and take a seat to slide a half dozen down our throats. 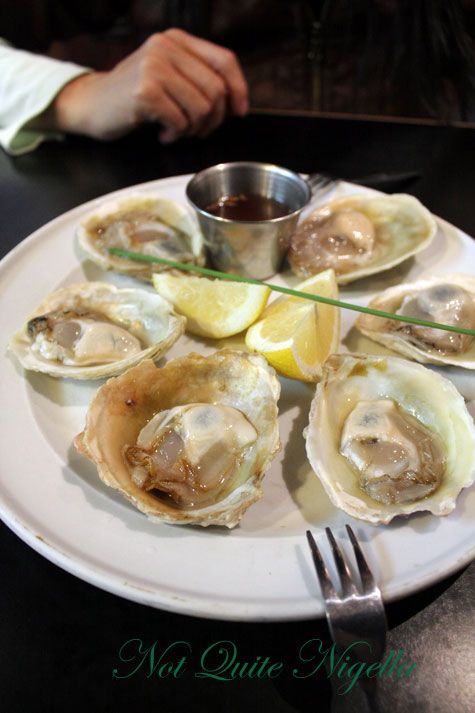 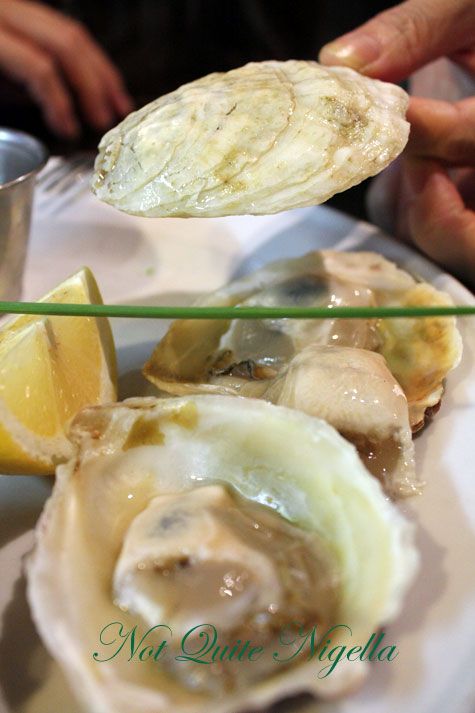 The pearl shell inside and the creamy white craggy outer shell 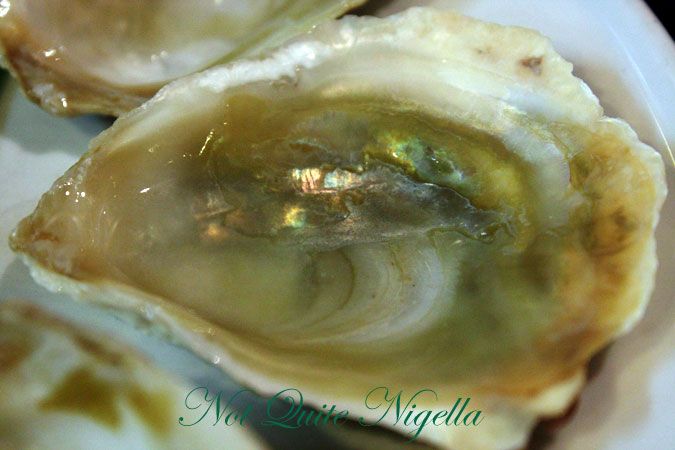 The 6 oysters arrive, larger and fatter than your typical Sydney rock oysters or my favourite, the Pacific Oyster. The shells are smoother and pale and the inside there's a glistening pearl finish. The oysters themselves are quite as big as expected (we're told the biggest ones are exported) but a little spritz of the lemon and we down one. 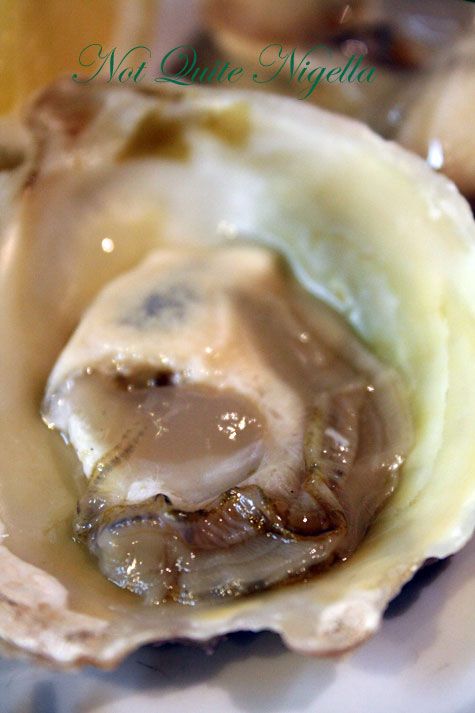 It's stunningly good. Creamy with an ever so slight bite back to them they have a briney sweet taste rich in zinc. It's a taste that you lingers in your mouth for a good 10 minutes after you eat them. Are the world's best? Certainly yes, out of the oysters I've eaten all over the world, I'd give the New Zealanders this. They are certainly worth pursuing to the ends of the earth. Heaven. Forget Lord of the Rings, going to NZ to eat these babies is much more interesting to me. 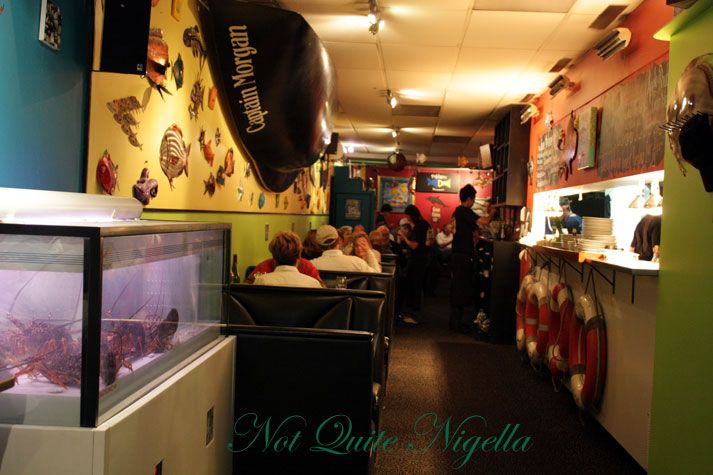 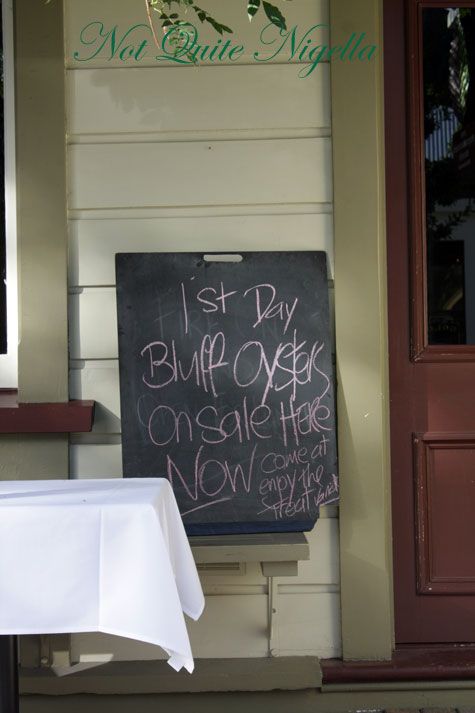