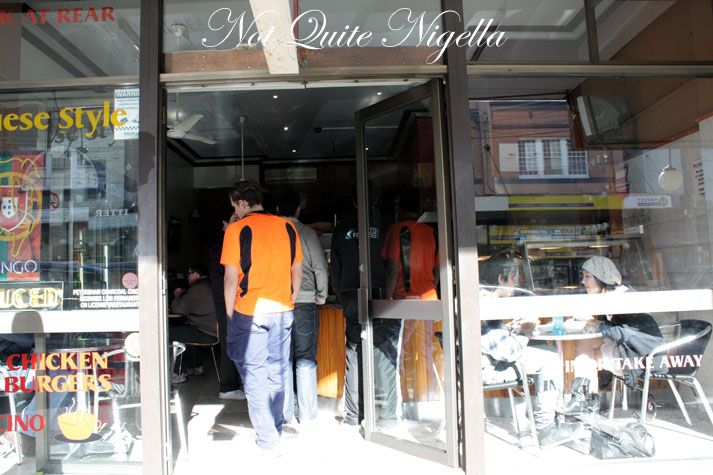 After Seinfeld, the term "soup nazi" has become part of the urban vernacular and when researching a place for the best Portuguese Charcoal Chicken in Sydney, this place along with that very term popped up again and again. My blogging buddy Christie from Fig & Cherry is a regular here and if it's good enough for her, it's good enough for me. Researching it on eatability I read this amusing warning from member, mooooo. "As long as you know their system and don't faff when ordering/deciding though, all should be good. Don't look certain senior staff in the eyes, some say she can steal your soul if you do. Even better don't say anything to her except "thanks". She appreciates not having to converse with you." With an intro like that, I was trepidatious at best. Luckily I was unwittingly armed with a secret weapon. Eight month old baby Annabel. 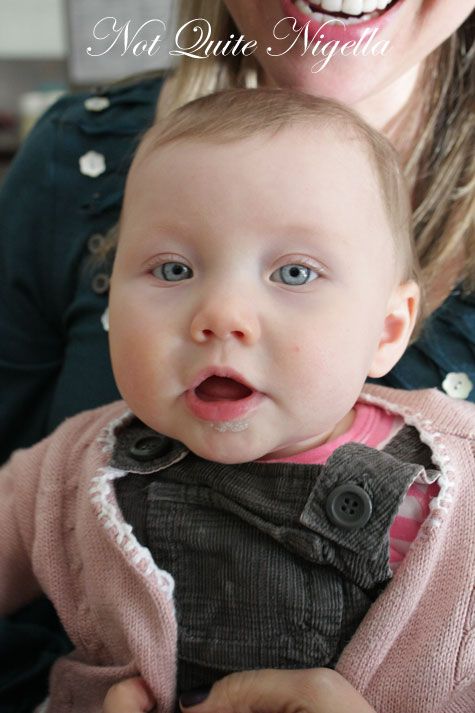 The queue is long and there's another woman in the line behind us. "I thought now was going to be a better time to come here but it's just as busy" she says to us. I have to agree as the nights where we've driven past this place, we've witnessed lines and crowds spilling out of the doorway onto the street of hungry people eager to get their lateish night fix of charcoal chicken (and apparently fat reduced as the neon sign says). 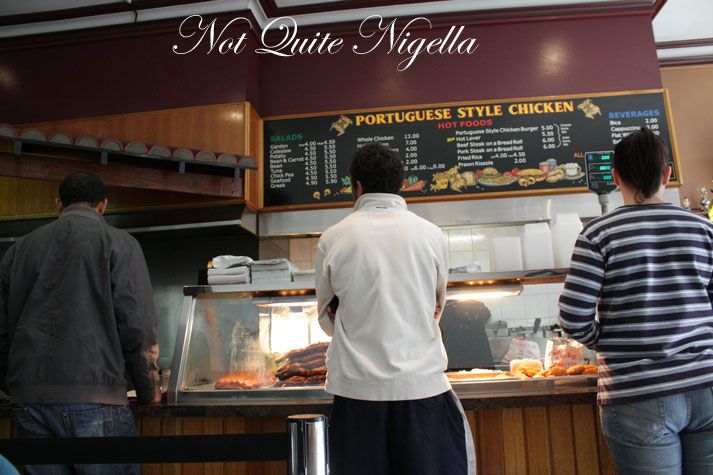 The takeaway items are very reasonably priced but as we're not local we want to sit down so we are shown a table by the lady that eatability readers fear. Did I mention my secret weapon? Teena's daughter Annabel proceeds to melt everyone's hearts with her smile and the staff couldn't be nicer. The woman in question stops by to coo at her and tells us with nothing but a beaming smile on her face that she has a 7 month old granddaughter. I was initially a bit fearful of asking for something from the takeaway menu to eat in but given her friendliness I do and it's absolutely fine. Phew! 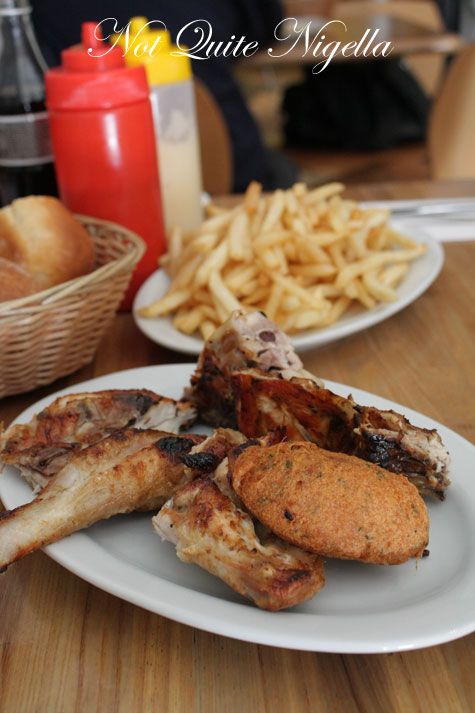 We watch as flattened Portuguese chickens are grilled in lots of three and are then fed to the eager, hungry hordes. Within minutes, our plates arrive, the 1/2 chicken cut into 5 pieces. As promised it's not greasy and when paired with the Peri Peri sauce, it makes for a juicy, delicious dish indeed. There's a nice char grill taste on the chicken but thankfully not a lot of blackened char bits. The chips are thin and crispy-ish although slightly cold and the mound is so large, we barely make a dent into this (and this is the small size!).

The codfish croquette is an egg sized croquette filled with salted cod (baccalau) and it's delicious although a bit of this goes a long way. It all comes with a basket of three bread rolls but we're not particularly hungry so we don't eat these. 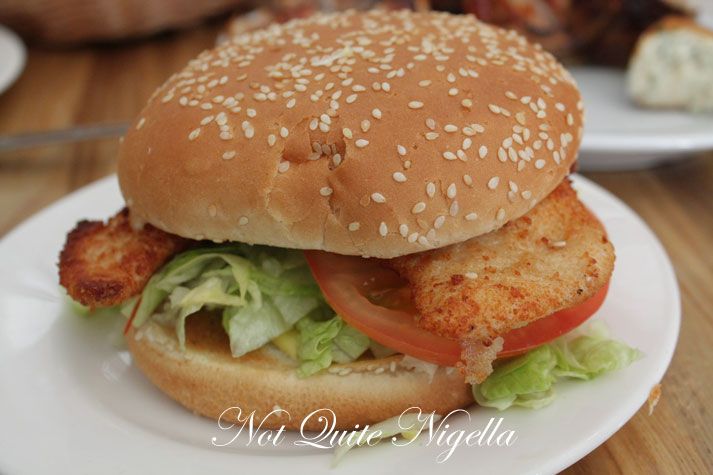 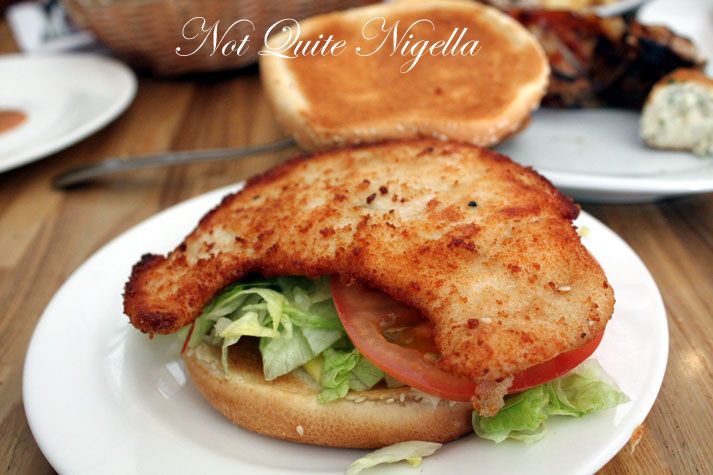 The classic chicken burger is lightly breaded and fried and along with the S&W mayonnaise and peri peri sauce it's a good, generously proportioned burger, particularly given the price. 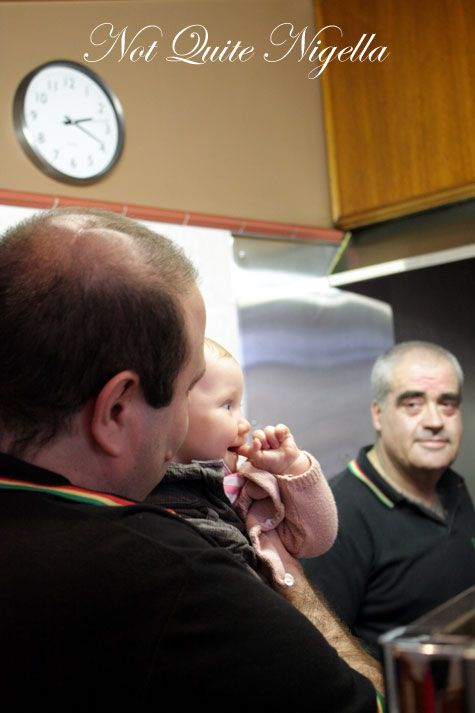 At 2.20pm the crowds have thinned and as we finish up, Annabel charms a waiter who brings her some chupa chups. He takes her behind the counter to greet everyone and tells us of a regular customer that comes in with a bird on her shoulder who also receives chupa chups (the bird can apparently hold a chupa chup upright!). 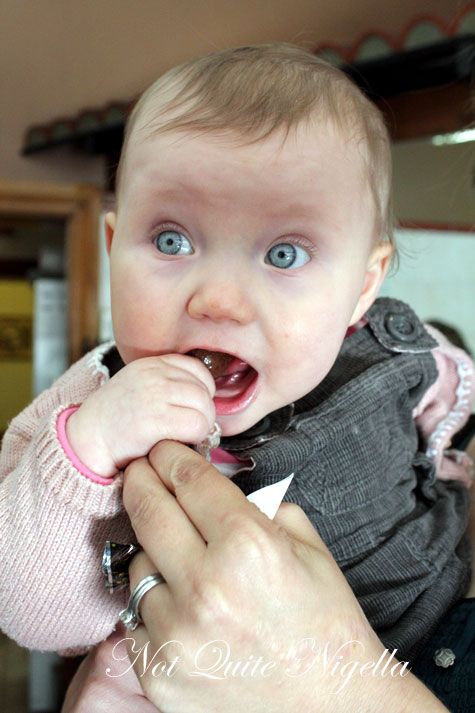 _Annabel versus the Chupa Chup

We bump into David Tsikeras of Perama as he's taking a break and having a coffee at a nearby cafe. We tell him where we've been and he and his friend warn us of the lady. I point at Annabel and tell him of our secret weapon. It seems all it takes is the right accessory.

So tell me Dear Reader, have you ever met a "Soup Nazi" in real life and how did you handle them?

And tell me, were you as shocked as I was at Chris's ousting from Masterchef last night? The final two and three were nothing like I would have guessed. Are you going for Julie or Poh and whose cookbook would you buy? 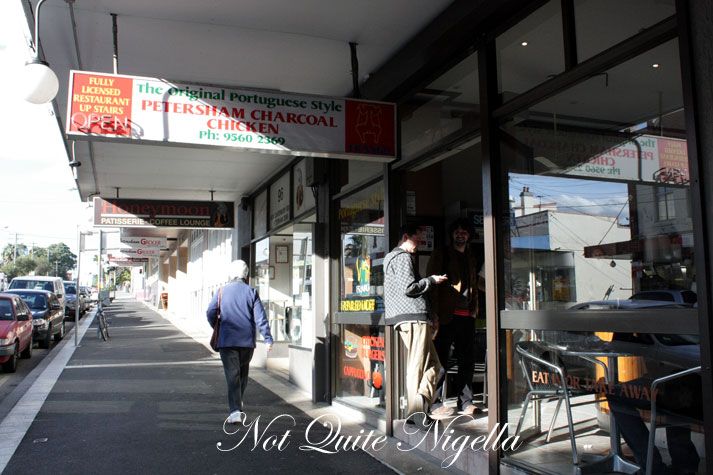