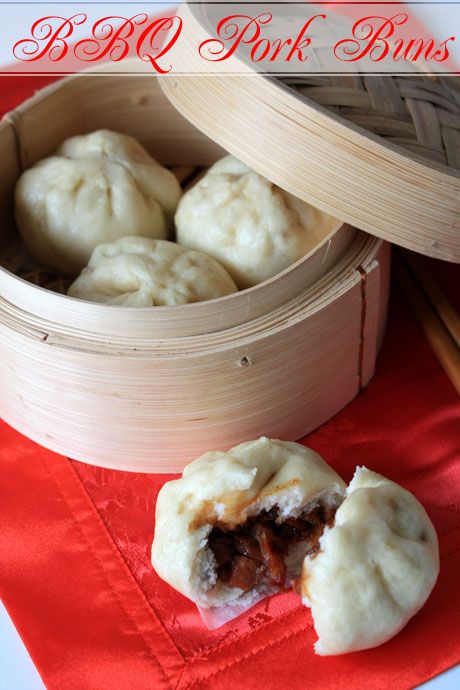 Once upon a time, my mother made some BBQ Pork buns. She told me that they turned out perfectly and she saved the recipe so she could make them again. However, like most mums, she became too busy to make these from scratch and would take advantage of the BBQ Pork Buns available in the freezer section of Chinatown grocery stores and we'd get our fill of them at Yum Cha. I was always naughty and ate the filling leaving the fluffy bun behind. Then one day recently she dug up this old recipe and straightened the paper reflecting on her batch made a long time ago "Would you like me to make these for you?" she asked me and without a moment's hesitation I said yes and thus began the saga of the BBQ Pork Bun and the tale of the three attempts. 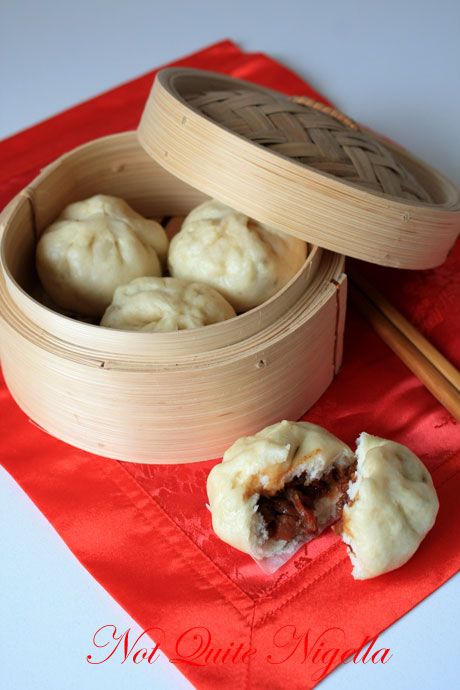 There are two types of buns, regular Char Siu Baos and then the Hong Kong version which is less puffy with less pastry. if you have a look at an Asian grocery store you may see the two types sitting next to each other in the same section with the Hong Kong style ones clearly marked. Since I wasn't a huge pastry eater I preferred the concept of the Hong Kong one. The first attempt went awry when she had misread the quantities and put in too much flour so we had to upp the liquid. The second attempt was made while I was absent and I suggested resting the pastry to relax the gluten. I received a phone call that afternoon and when I answered she said straight to the point "You told me to relax the dough and it didn't work" although I tried them and they tasted very similar to the previous lot. She said that she would try it her way in a few day's time. When I suggested that we try using yeast she insisted that she didn't need yeast and that self raising flour was just fine. And what was the final batch like? Like the two others really. 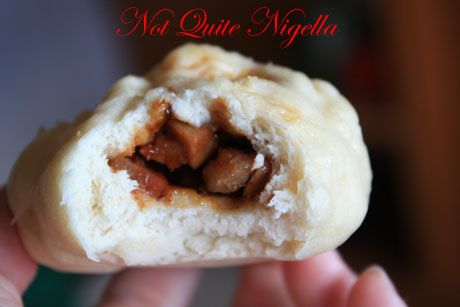 They weren't bad at all although I have to be honest there was a lot of debate as Mr NQN didn't like these much yet saying that he thought that he preferred the other type of BBQ pork buns with the fluffier pastry and I just felt that there wasn't enough sauce but my mother insisted that they were perfect Hong Kong style buns. Perhaps I'll try a version of this in the future by myself using yeast to make it fluffy as my mother isn't interested in making a yeast version. At least I have this recipe to base it on which I guess is part of what passing on family recipes is all about. 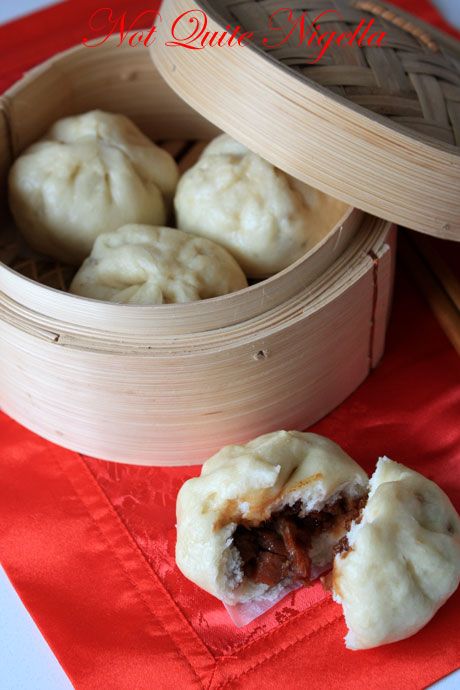 So tell me Dear Reader, is there something that you will cook or cook with that your mother doesn't? 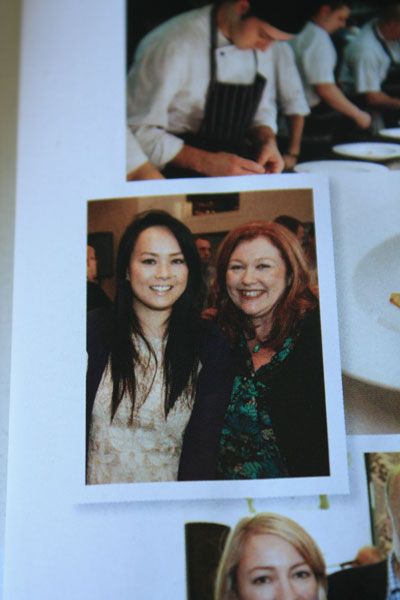 I was also very excited to see my picture along with the lovely @frombecca in the new Vogue Entertaining & Travel at the Becasse Carlos Petrini Producer's Lunch! It's been years since I last appeared on the social pages and I had forgotten how nervous I'd become wondering what the picture might turn out like! 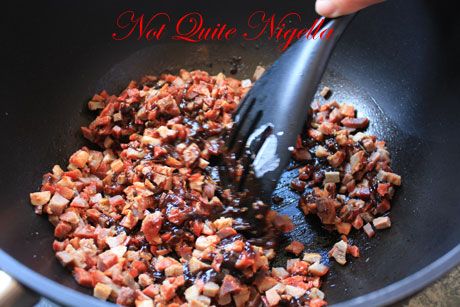 Step 2 - Heat frypan  with 3 tablespoons of oil and then pour in the sauce. When it starts to boil, add in cornflour mixture to thicken the sauce. Let the sauce cool before adding in the diced pork. Place the mixture in the fridge. 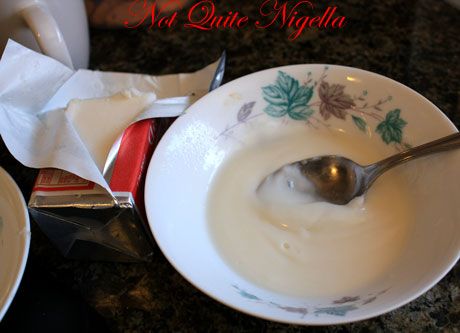 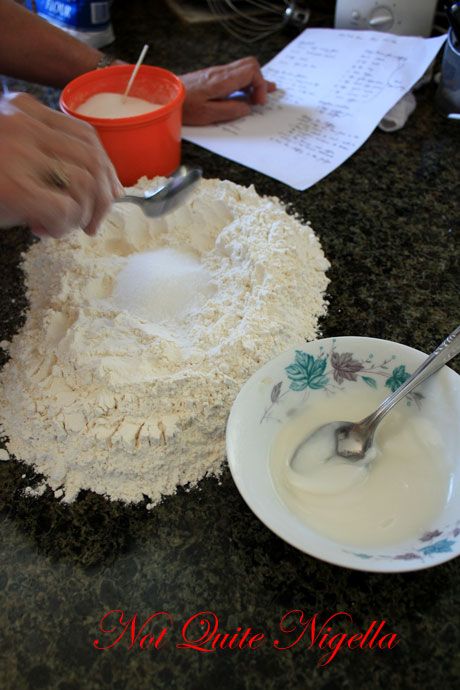 Step 1 - On a clean benchtop, empty flour and make a hollow in the centre. Add in sugar, lard and water. You can also do this in an electric mixer using a dough hook. Knead flour by hand for about 10 minutes or about 5 minutes if using a dough hook. 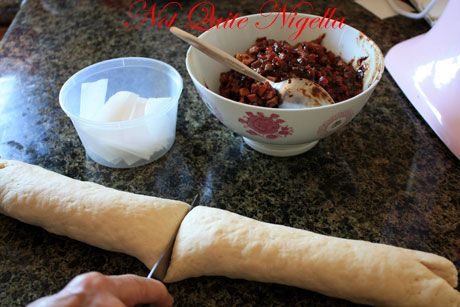 Step 2 - Roll the pastry into 2 long rolls and cut each length into 16 pieces (32 pieces in total). Using a rolling pin or the heel of you hand to flatten the dough out into a circle trying to make the edges a little thinner. 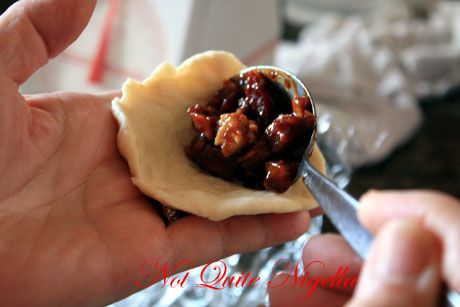 Step 3 - Put 1 1/2 tablespoons of filling in the middle and pinch the pastry closed. Place each bun on a square of parchment paper. 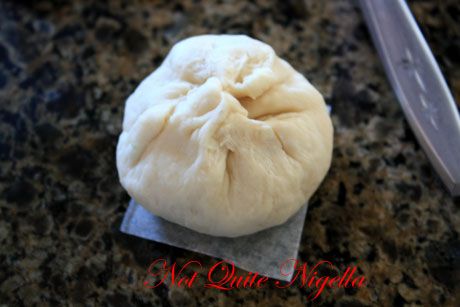 Step 4 - Place the buns in a steamer to steam at high temperature for 10-15 minutes. 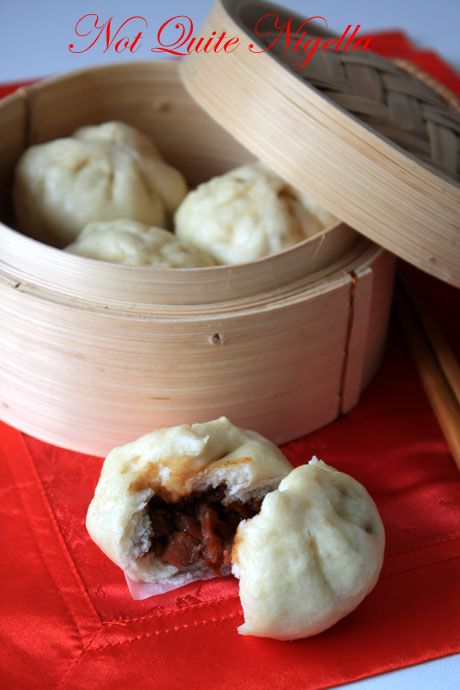