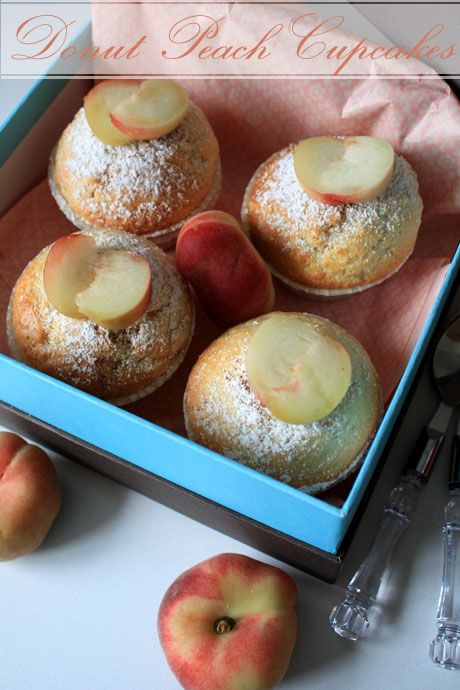 Every year I buy Mr NQN a fruit basket for Christmas. It's always the fruit that he never buys himself and when I went on a shopping expedition for this year's basket I came across these donut peaches. I had heard about this gorgeous breed, originally from China that was sweeter and juicier than regular peaches and with a much smaller, easy to remove seed. These white peaches looked good and when I asked if they were sweet, they cut off a slice for me. I tasted it and it was incredibly sweet and juicy and peachy I was convinced that they'd given me a peach soaked in syrup. 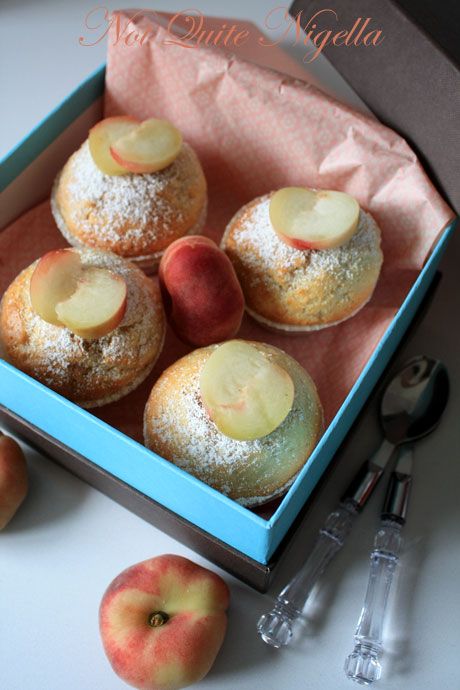 I greedily bought a bag of them and took them home intending to give them to Mr NQN on Christmas Day but in my excitement I couldn't help telling him about them. It went something like this:

NQN: "Do you want your present now?"

NQN: "But aren't you curious about what fruit is in your fruit basket?"

Mr NQN: "Because it's a Christmas present"

NQN: "Yes but it's almost Christmas"

NQN: (blurts out) "Well... I bought you some donut peaches!" 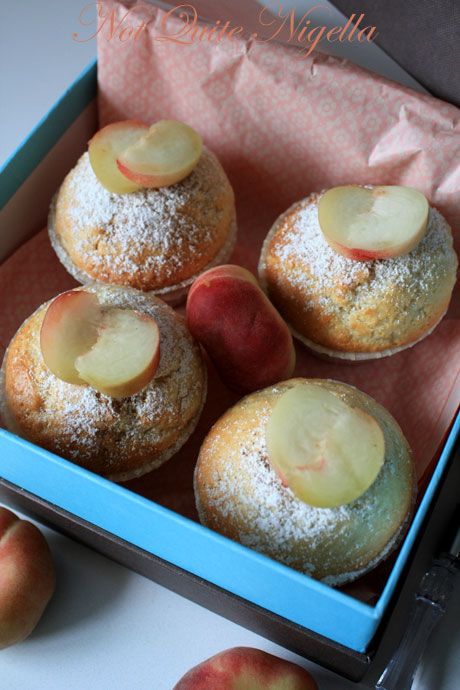 You see I couldn't really contain myself as I do sometimes get excited around food that's particularly exciting so I ruined the surprise (although I am a very good secret keeper I promise). I decided that they were just too pretty not to blog about so I sought inspiration in my fridge. I had 3/4 of a 250g tub of sour cream that needed to be used and the friendly people at Breville had given me their latest mixer, a Breville Professional BEM800 Wizz Planetary mixer so I decided to kill two birds by making a cupcake using sour cream. I decided to base the cupcake itself on the Jam Donut cupcakes I had made earlier this year just to upp the donut content so that it wasn't just the peach that was donutty. 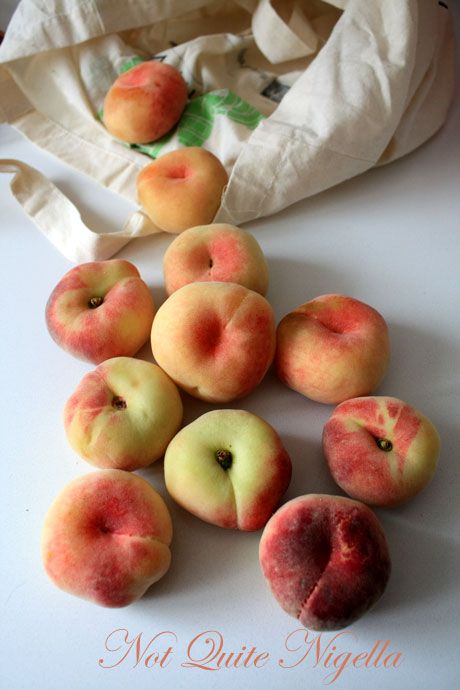 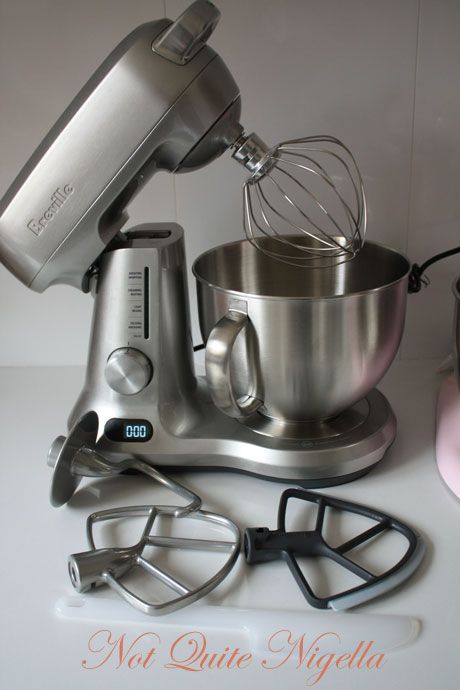 What was a complete bonus was the fascination Mr NQN had with the new piece of machinery. For starters, he liked the look of it in all industrial stainless steel (perhaps my Pink Kitchenaid frightened him off with the colour). He was interested in the "planetary mixing action" which he wanted to see in action. Comparing the two I saw there were a lot more features like a count down and count up timer which is very useful, pause and a temperature overload cut off. There were also 4 speed settings depending on how much mixing you want to do: aerating/whipping; creaming/beating; light mixing and folding/kneading. It came with the same heads as the Kitchenaid and Breville had also given me a head much like my much used Beaterblade and an ultra flexible clear spatula.. 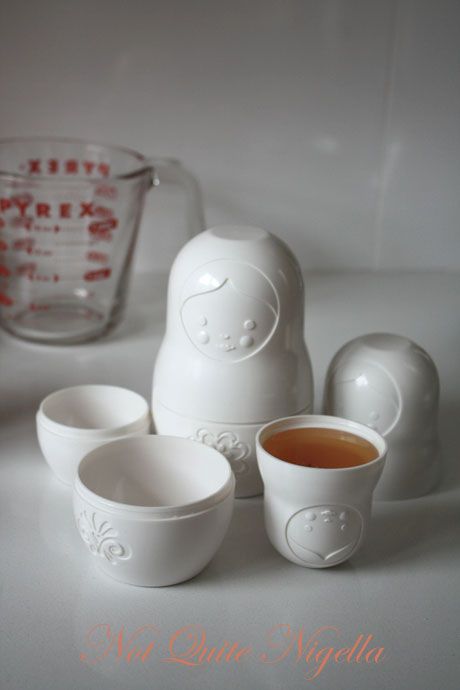 I gave him all the mixing duties as that was the only thing he was interested in and we made the Sour Cream & Donut Peach Cupcakes. It was easy to use and seemed sturdier than my Kitchenaid. We both thought that they had taken the Kitchenaid and seen where it needed improving and made the necessary changes to give it more features and a more solid look although the mixer itself is lighter. Mr NQN's only complaint? The mixing was over before he knew it and in truth the recipe below doesn't really even need a mixer, it was just the excitement of using a new toy. We also both thought that the tilt head button wasn't quite as intuitive or easy to maneuveur as the Kitchenaid although once you get the hang on of it it's easy and works well, it's more with the first use (and I never read manuals). Could I finally be in a his and hers mixer situation? Would I prefer the Breville to the Kitchenaid? Only time can tell... 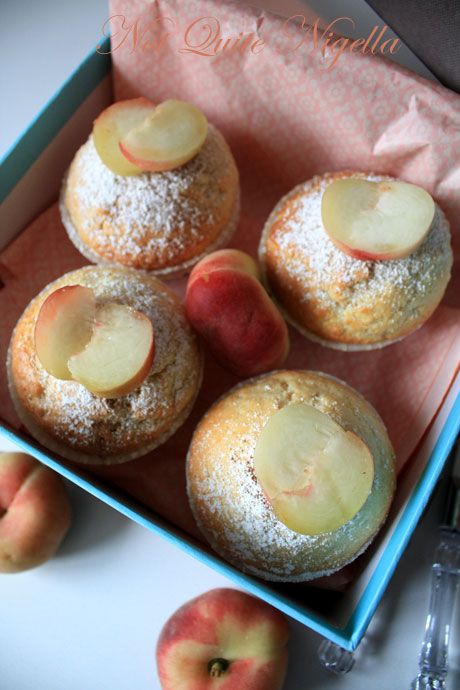 The cupcake was lovely and soft inside courtesy of the sweet peach and sour cream. I dusted it with icing sugar but of course if you really want to carry through the donut experience, you could use regular white sugar mixed with cinnamon stuck on with a light brushing of peach jam.

So tell me Dear Reader, how do you get your significant other to cook in the kitchen?

Step 2 - Sift the flour into a medium bowl, then add a pinch of salt and the caster sugar. In a jug, combine the vegetable oil, egg, sour cream, milk and whisk. Add the wet mixture and the peach pieces to the dry mixture and stir to only just combine. It will be thick and puffy so you will need to spoon it into the cases. Fill until 3/4 full or 7/8 full. I realise it sounds bizarre but I asked Mr NQN to fill it 7/8 full which was perfect for the domed look. 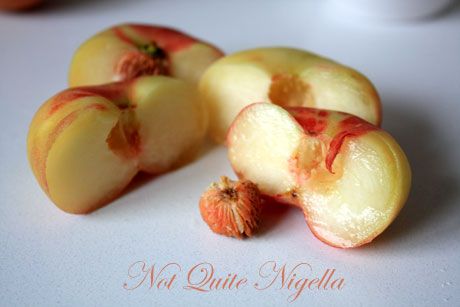 See the teeny pip-easy to remove too :)

Step 3 - Bake for 25 minutes or until a skewer inserted comes out clean. Remove from the oven and set aside to cool slightly. 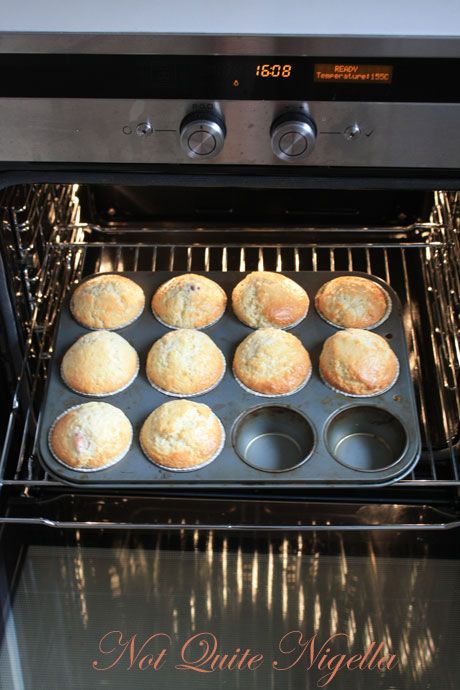 Step 4 - Sift icing sugar on top and shake a little ground cinnamon. Top with some pieces of fresh peach if desired. 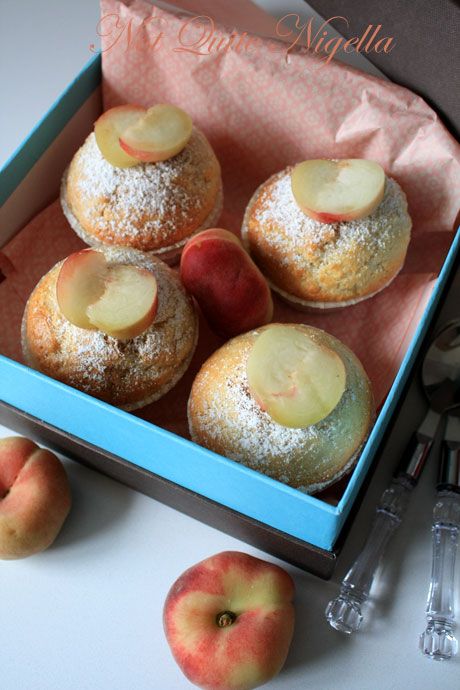