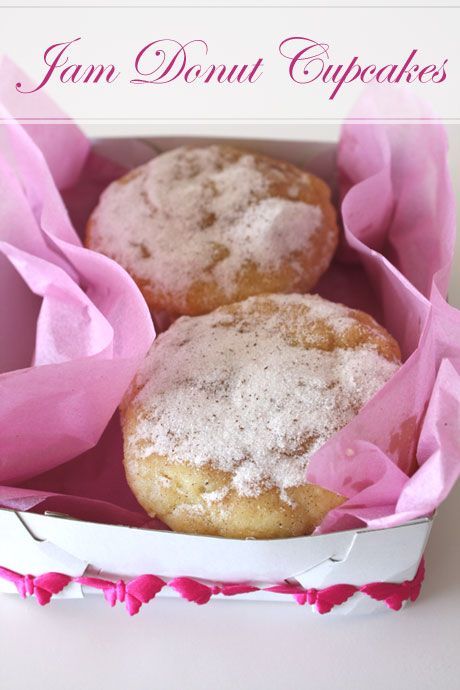 I had rather specific taste when I was young. None of this high falutin' stuff that I like now. Like most children the idea of eating most food, especially seafood, was grotesque. I recall when my older cousin got married, they served us large tempura battered prawns at the pre-wedding dinner and I proceeded to eat the batter off the prawns and left the huge prawn behind much to the clucking and disgust of the adults who thought that it was frightfully wasteful. 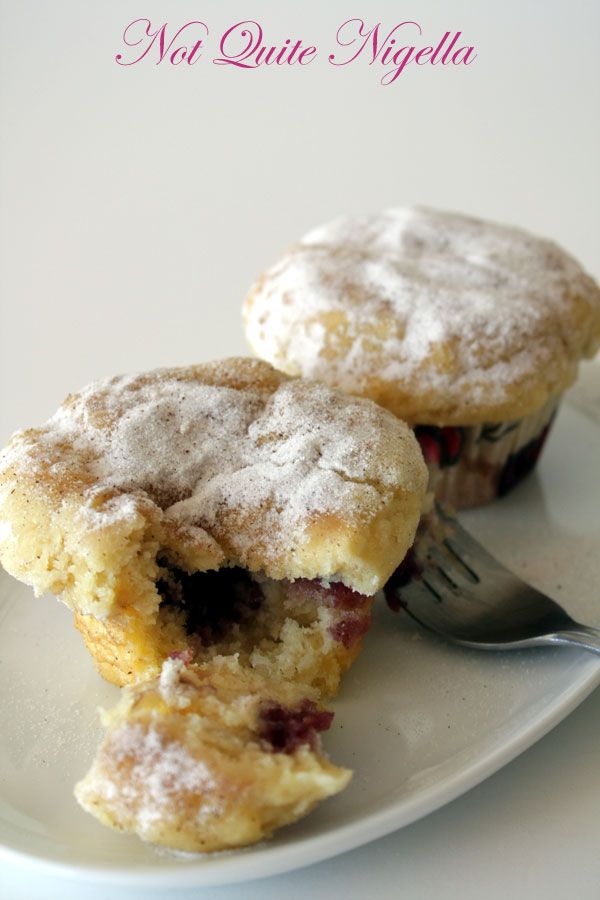 When I was young, my favourite donut ever was the Strawberry Jam donut, and the frozen Herbert Adams ones were my  favourites (do they still even make them?). Like a lot of parents, mine didn't really listen when I told them what I wanted and every time I'd get a cinnamon and sugar donut which I'd never eat leaving me pining for a soft strawberry centered donut instead of the boring one with the hole in the middle. I'd also devour Bubble O'Bill ice creams and Twisters like the world would end the next day (and to a kid what did we know? It could have). 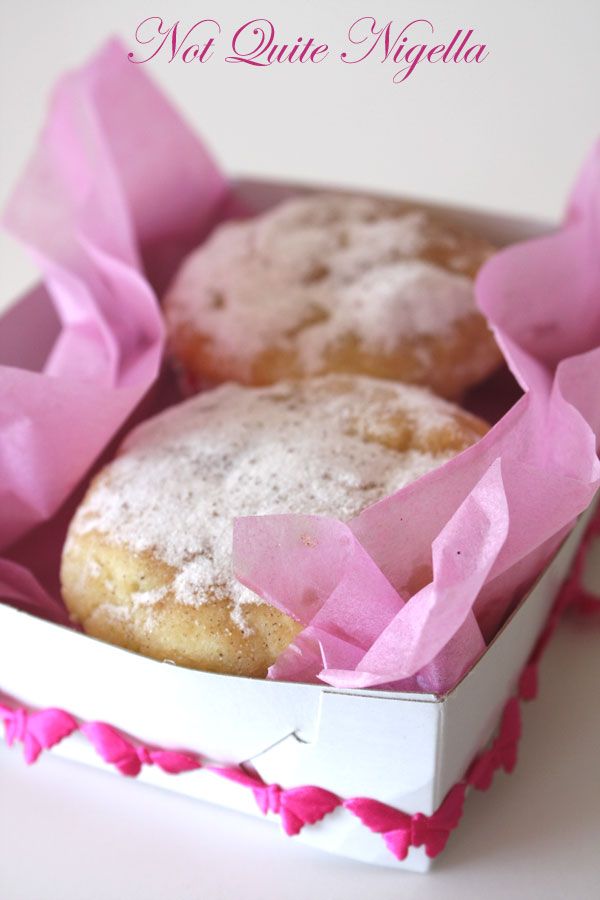 My friend Kathy in the US sent me the link to this from the Taste.com.au website as she had just made them and I was instantly smitten. So was my husband - when he first moved to Sydney before I met him, he'd eat a dozen donuts for dinner working the night shift at a website development company. Either that or a whole tub of yogurt. So it wasn't hard to persuade him to take a trip down memory lane with me - for me it was back to when I was 6 years old and for him, 20 years old. I even brought some over to visit my food blogger friend Christie from Fig & Cherry one afternoon. These are deliciously addictive and beautifully soft, the cinnamon sugar instantly transporting back to a time when getting the donut flavour that you wanted was the most important thing in your life. 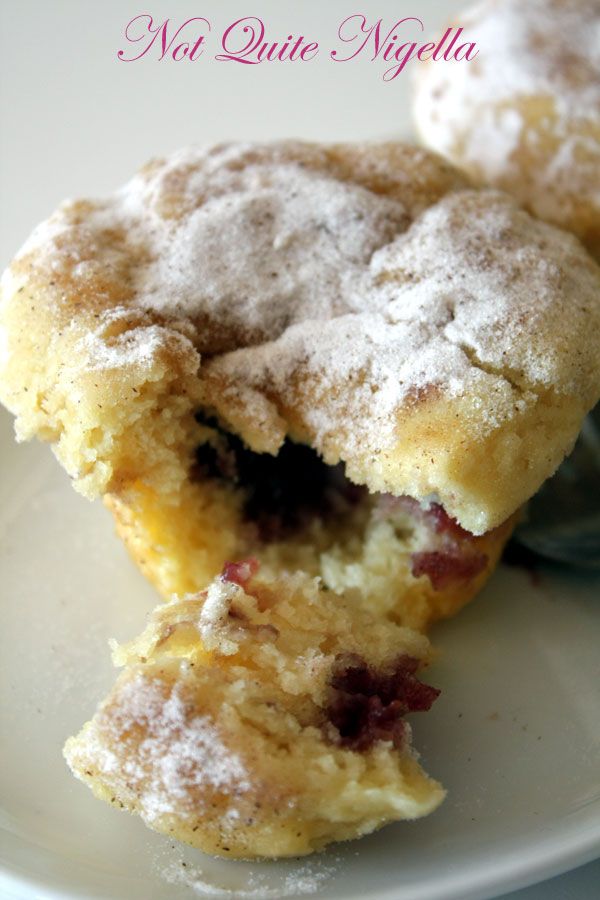 To brush on top and then roll

Step 2 - Sift the flour into a medium bowl, then add a pinch of salt and the caster sugar. In a jug, combine the vegetable oil, egg, buttermilk and vanilla extract. Add to the dry mixture and stir to only just combine. It will be thick and puffy. Place a tablespoonful of the mixture in each muffin hole and make an indent in the centre. Fill each indent with a teaspoon of the strawberry jam. 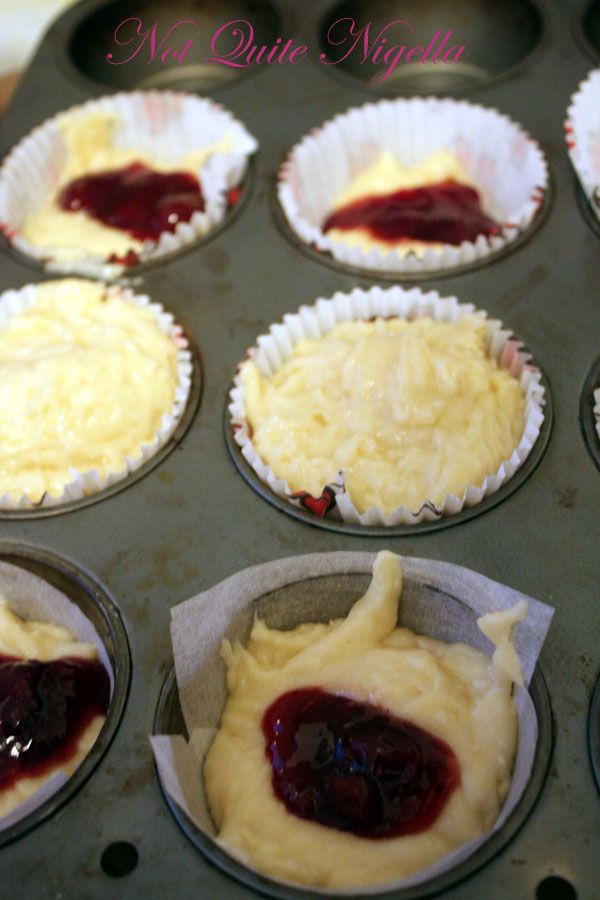 Step 3 - Cover the jam with the remaining cupcake batter. I found that these slightly overflowed and that the tops stuck together but then after taking it out, it contributed to the puffy donut look. Bake for 25 minutes or until a skewer inserted comes out clean. Remove from the oven and set aside to cool slightly.

Step 4 - Meanwhile, melt the butter and cool slightly. Combine the extra sugar and the cinnamon in a large bowl. When the muffins are cool enough to handle, brush each muffin lightly with the melted butter, then roll in the cinnamon sugar. Serve while still a little warm. 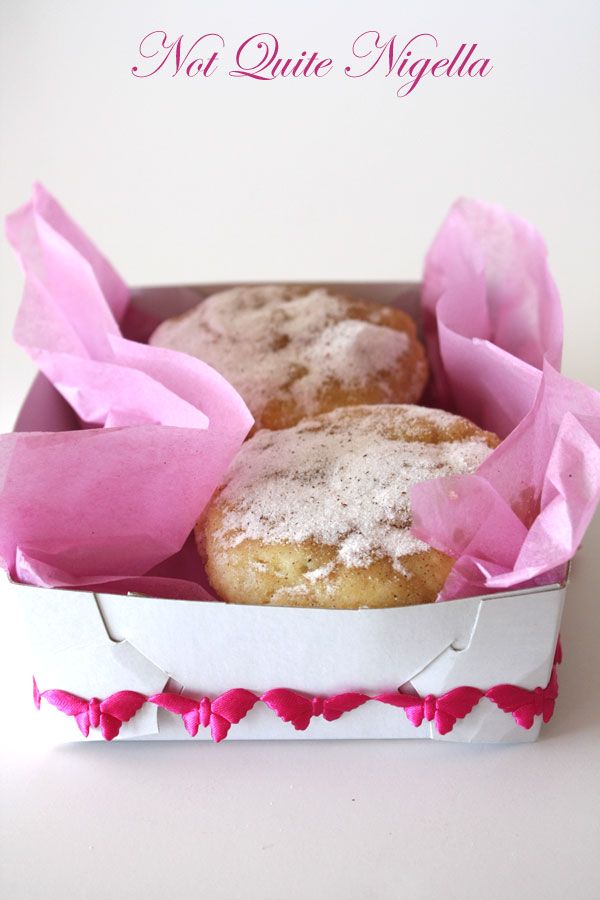 This is also my entry for Vampituity's Childhood Delights event!