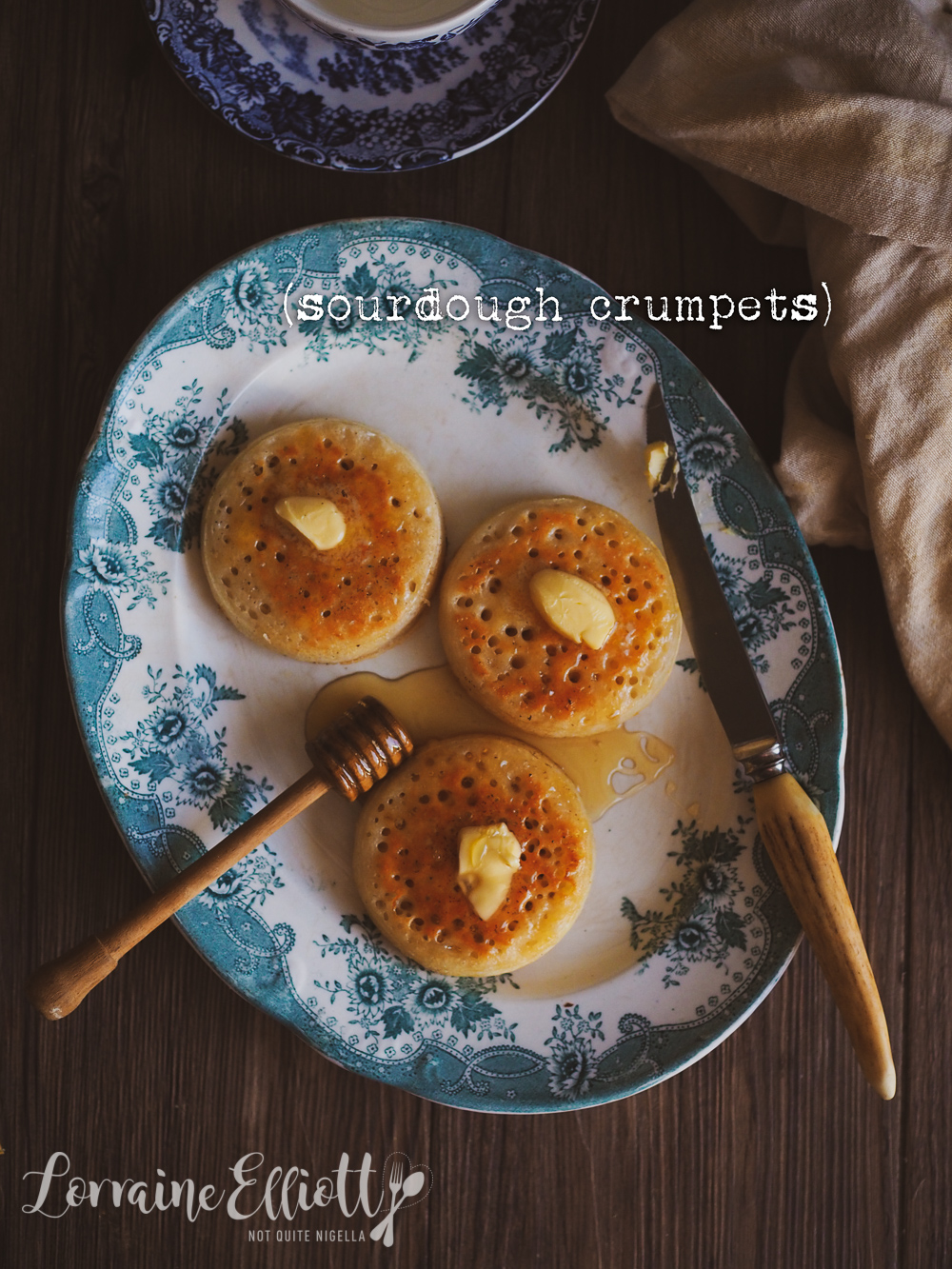 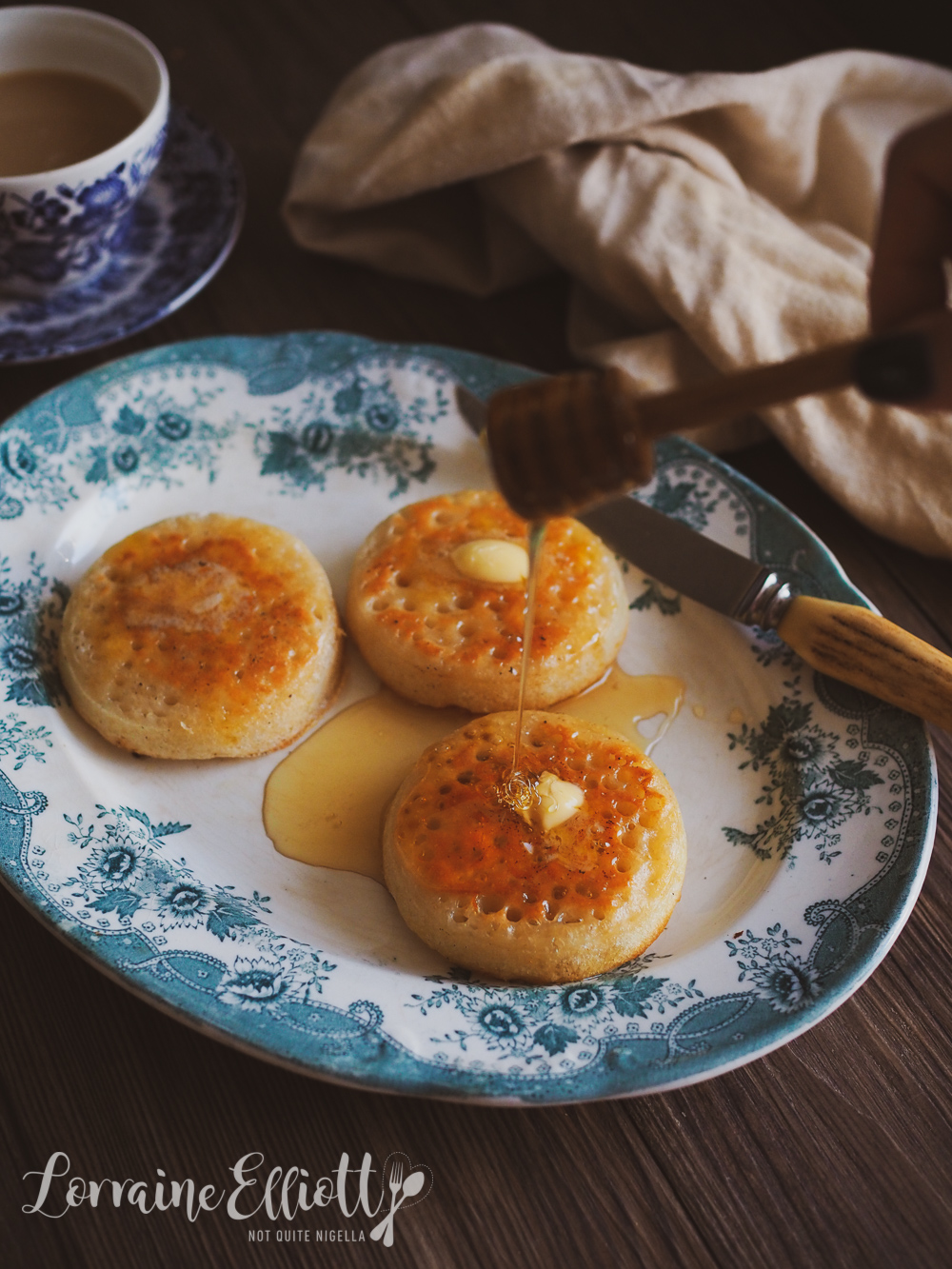 Crumpets are one of my favourite breakfast foods especially in colder months. I only realised recently when chatting to a friend that sourdough crumpets are even easier to make than regular as the sourdough has done all the work already. Better still, there's no reason to throw away any sourdough discard. I loved these so much I contemplated starting another sourdough mother so I could make these regularly. I gave one of these sourdough crumpets to Laura and she declared them the best crumpets she had ever eaten! 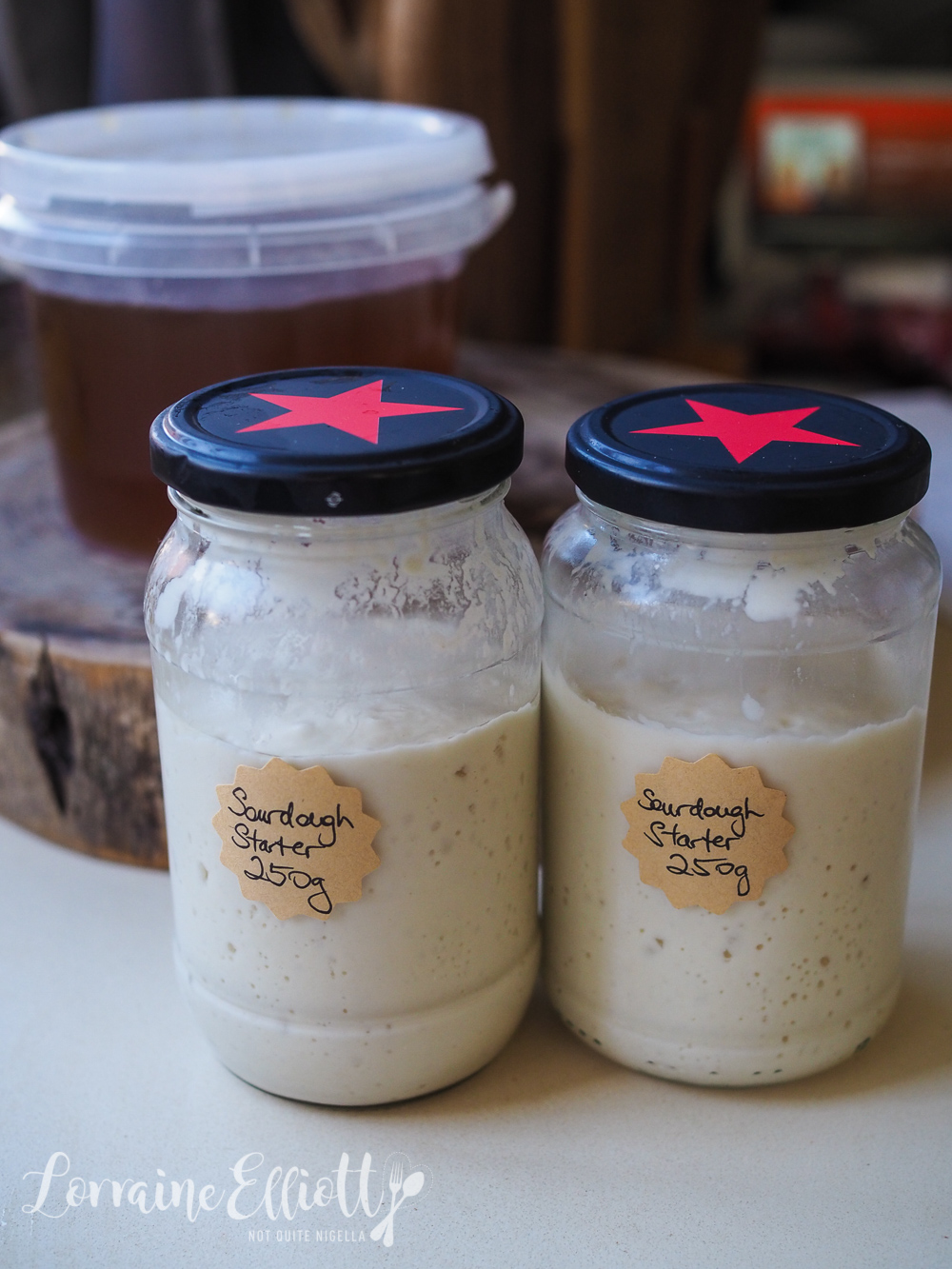 What is sourdough discard? To maintain your sourdough starter you feed it flour and water and you end up discarding some of the starter or throwing it away to make it more manageable (if you make sourdough daily then this isn't as much an issue). But that sourdough starter is perfectly good and makes for wonderful crumpets!

3 - Make sure to feed your starter a day or two before you use the discard. Sleepy starter doesn't work well and will affect the puffiness of the crumpets.

4 - Let's talk egg rings and crumpet rings! Crumpet rings can be hard to find and I didn't want to go to the shops because well COVID! I used 8cm/3inch round cookie cutters that weren't non stick (tips below). You want them to be at least 18mm/0.7inch high. Egg rings are 12mm/0.5inch high and they will also work but the crumpet will be flatter than pictured. Cookie cutters have a thicker edge - place this thicker edge directly on the pan.

5 - Make the egg ring non stick by heating it first. Place the egg rings on the oiled pan and allow to become hot. Then brush the inside with oil to make them more non stick. If you have non stick crumpet rings or silicon ones you can skip this step.

6 - Try and use the batter once you mix it up, within 30 minutes ideally as the baking powder is activated once you add the water. Ideally you would cook 4 or so at a time. 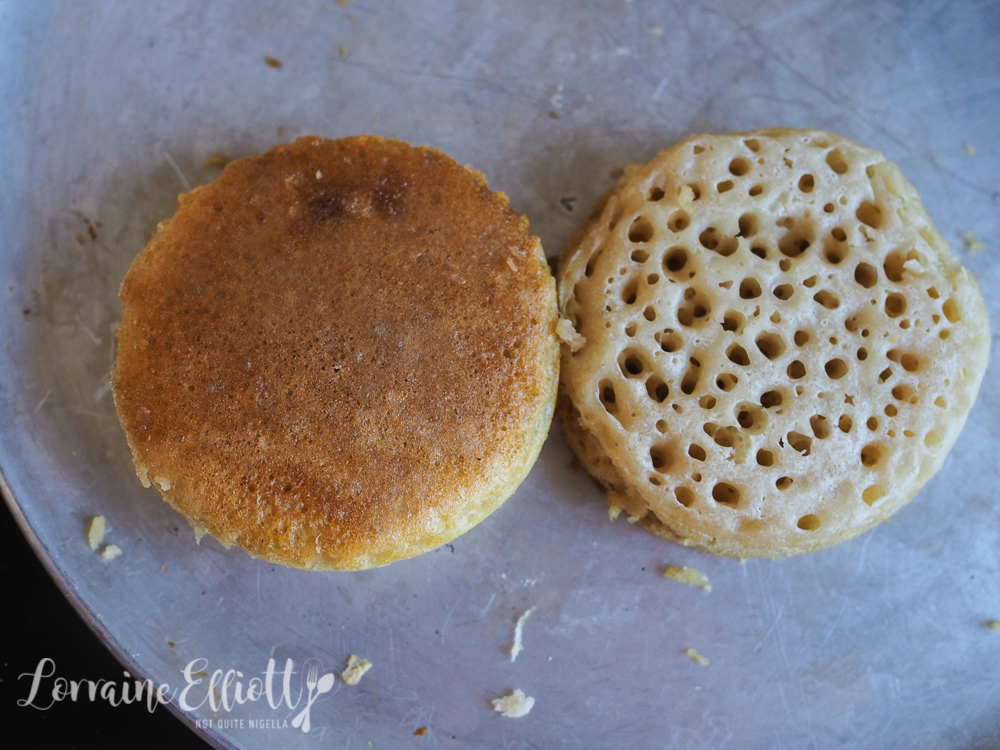 8 - The crumpets are cooked all the way through when bubbles appear on the surface and then pop to make holes. Do not remove from the heat before the holes pop.

9 - If you are eating them straight away then flip the crumpets over and fry them hole side down to toast them. Serve with butter and honey or however you like them. 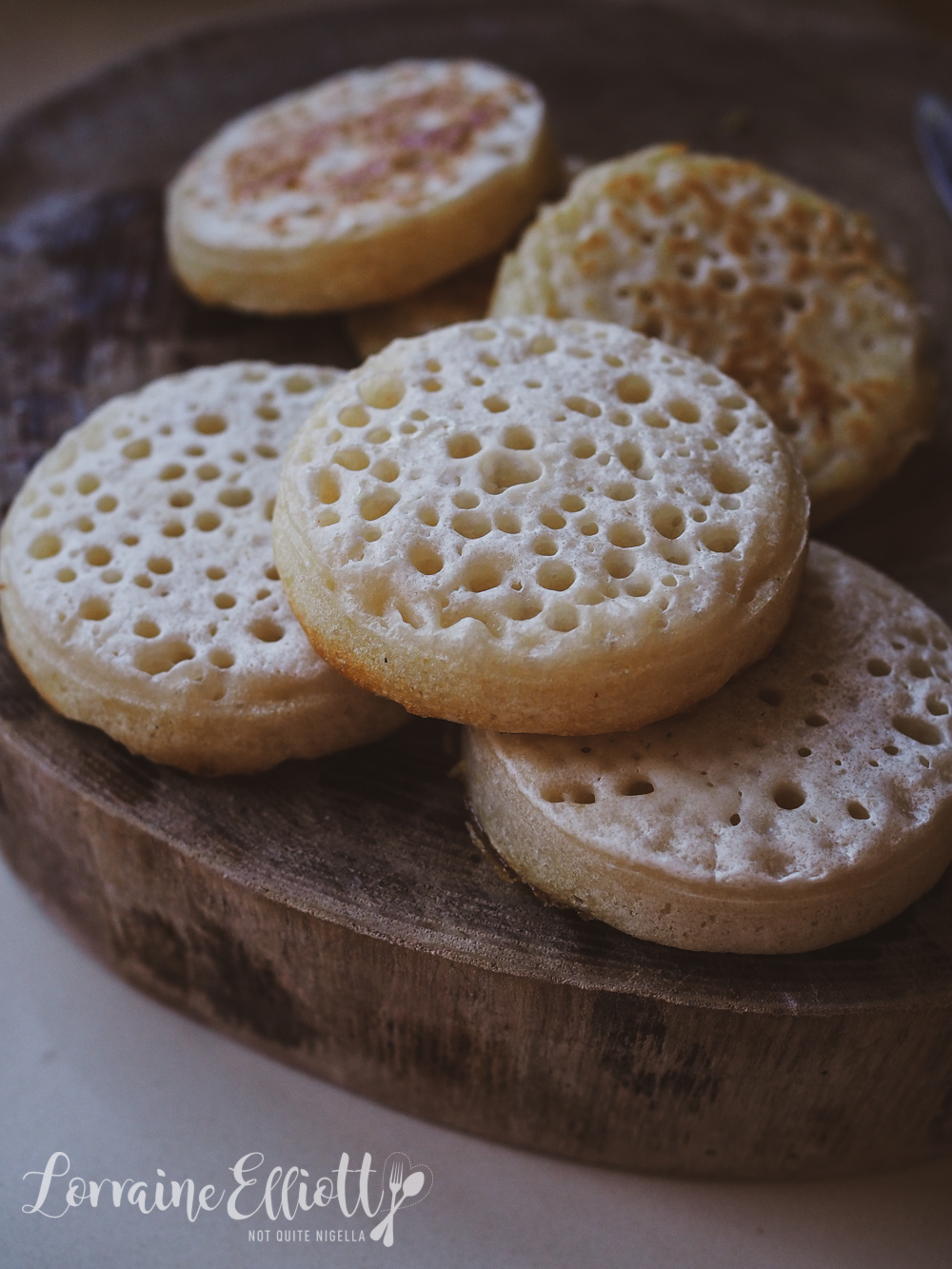 10 - If you are eating them later you can stop after step 3 as you don't have to toast the top of the crumpet. You can store these crumpets ready to be toasted another day. I placed them in an airtight container in the fridge and toasted them when I need them. Crumpets also freeze well.

11 - Troubleshooting: no holes? Add a little more water to the batter. Remember the batter must be pourable, like the texture of thickened cream.

12 - Troubleshooting: crumpets not cooked in the centre? Try placing the lid on the frying pan to keep the heat on the top. Otherwise try adjusting the temperature up a little.

What else can you make with sourdough discard? You can make crackers, pancakes or waffles as it's just essentially flour and water that is activated with cultures. 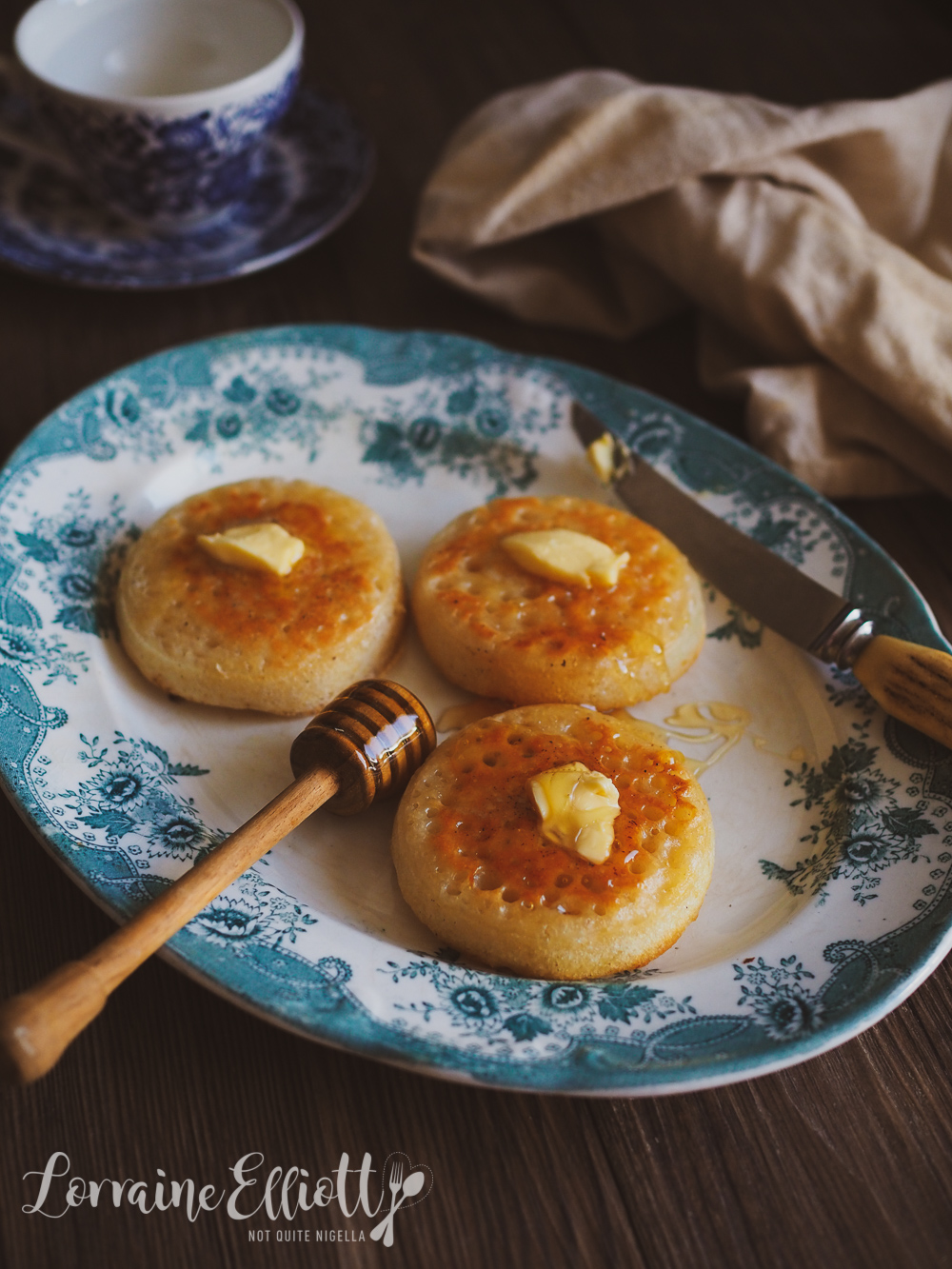 Speaking of Father's Day, Mr NQN is definitely a proud father of our dog Teddy. However sometimes says that he sometimes feels odd walking down the street with him because Mr NQN can be a bit scruffy looking while Teddy with his fluffy, manicured look and perfect poodle prance looks, well...fancy.

Teddy was invited to a dog birthday party and there was a dress up theme. "Excellent! Teddy likes a dress up!" I said to Mr NQN.

"Yes he does, and I have to break it to you that Teddy is clearly a flouncy, fancy boy. He might even be pansexual," I answered.

"What? I don't even think he knows what that is," he said.

"He probably doesn't. But Teddy loves everyone and everyone loves him," I answered before reminding him that Teddy's fanciness and personality is part of his charm!

So tell me Dear Reader, are you making anything for Father's Day this year? Have you ever tried making sourdough crumpets? 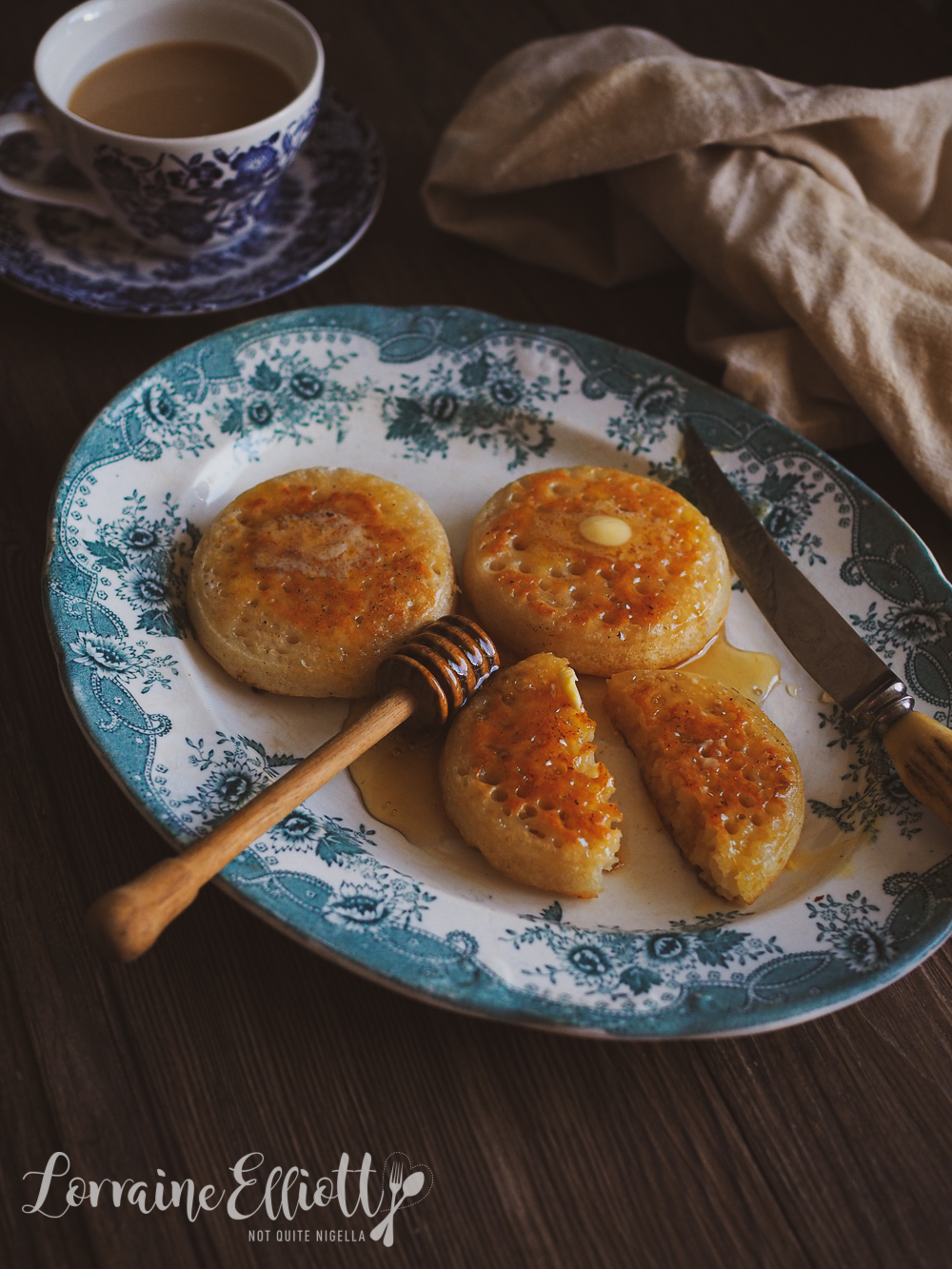 Step 1 - Mix the sourdough discard or starter with the water, sugar, bicarb, baking powder and salt. It should be a pourable consistency like thickened cream. 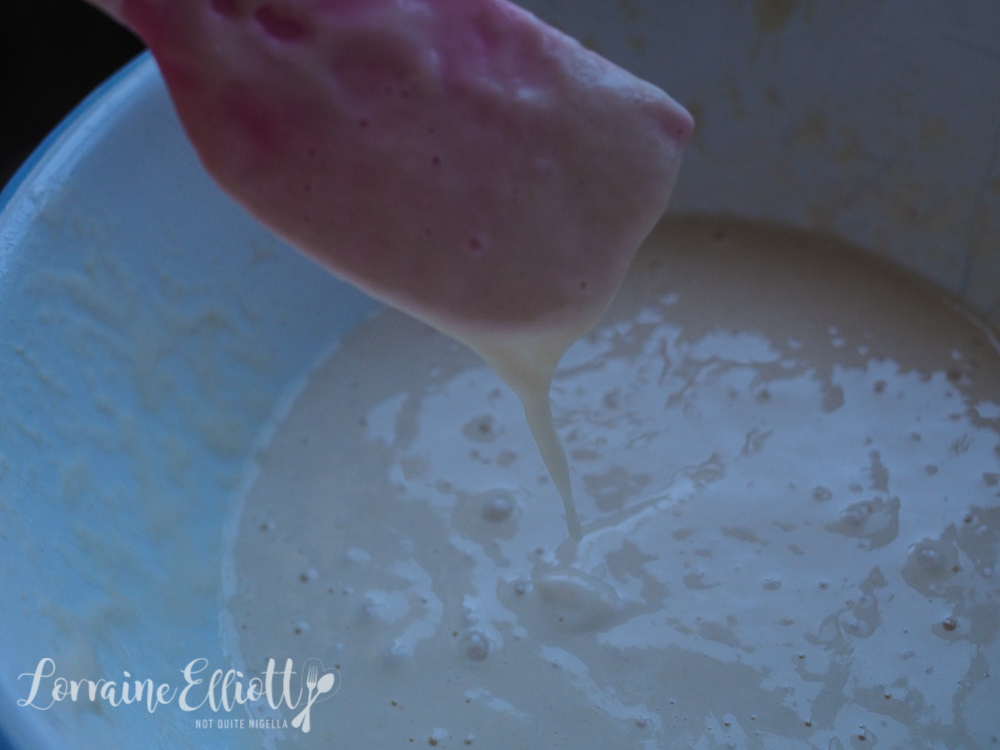 Step 2 - Take a non stick frying pan and add oil. Place the rings on the heat on medium heat and allow the metal rings to become hot (no need to preheat the rings if they are silicon). Brush the inside of the rings with oil (not necessary if they are non stick crumpet rings). 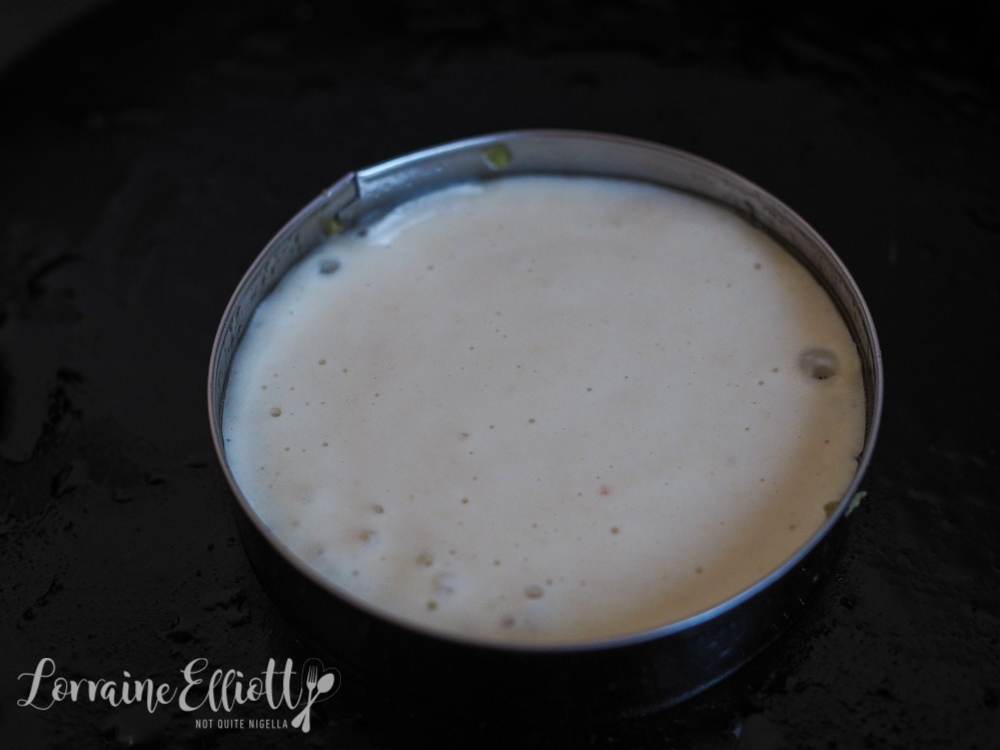 Step 3 - Pour the batter in just above 3/4 of the way up the sides around 1cm/half an inch thick. The bubbles should form quickly and they are ready when the bubbles have popped. 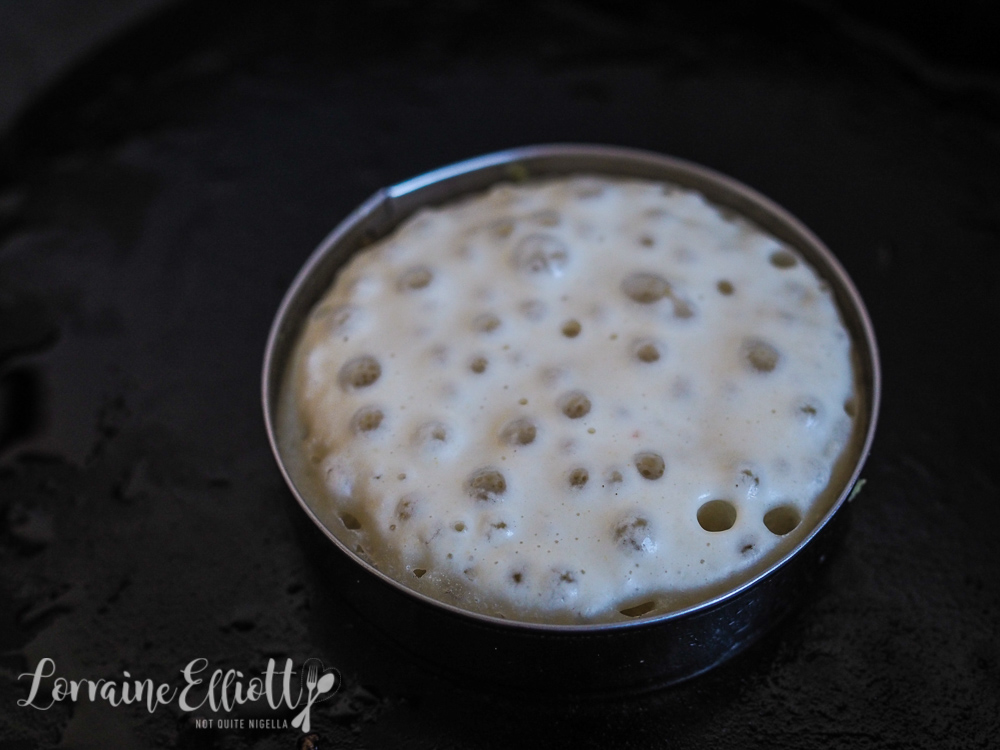 Step 4 - Flip over and toast the top of the crumpet (hole side down). 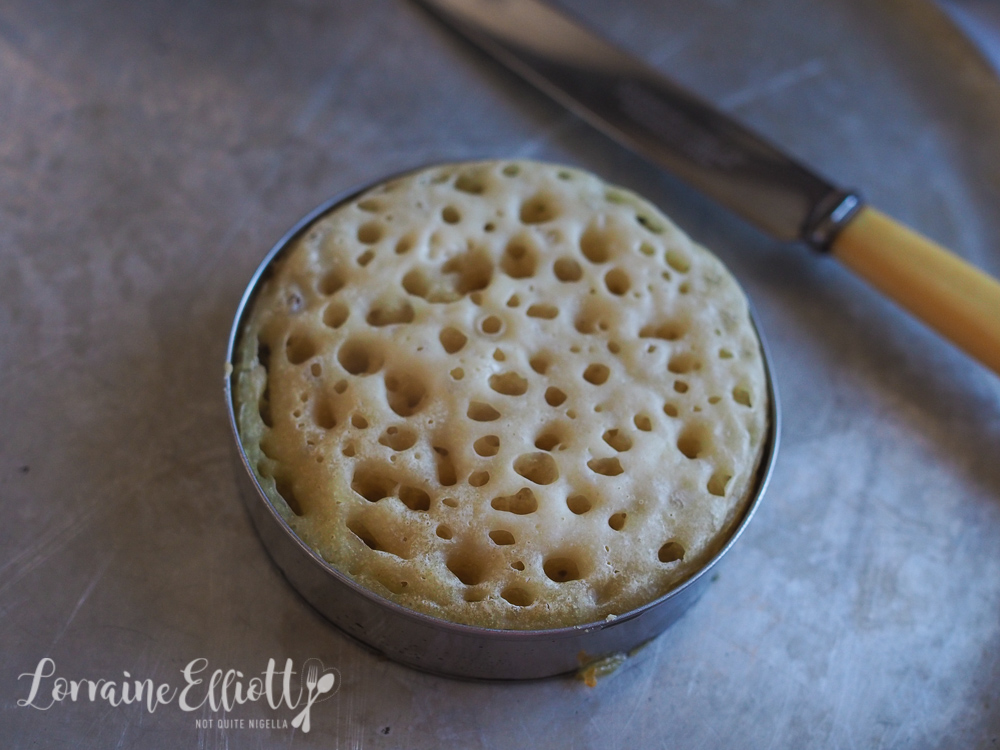