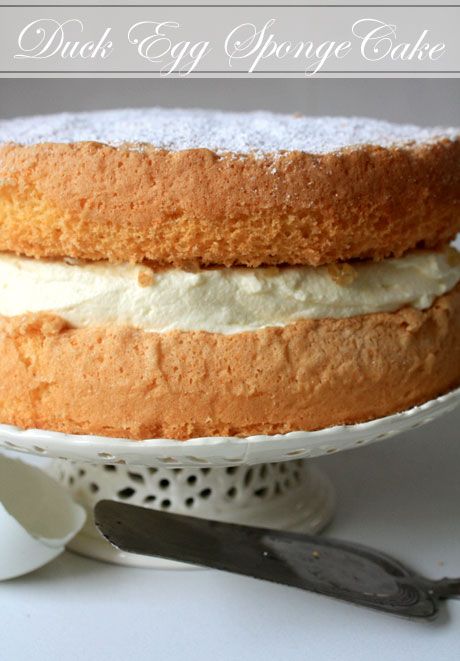 "What do you call that, darl?"

Sponge cake. Fiercely battled among cooks, temperamental and laden with many superstitions, the sponge is one of those cakes that had completely eluded me. This was not for lack of trying. I've tried to make a sponge four times exactly and even one was a variation on failure. They were flat and tough (and the macaron has got to be the modern day sponge cake with its many superstitions).The most spectacular fail was one where my friend gave me a recipe copied from a friend who doesn't cook. I was suspicious, it seemed to defy gravity and logic: hot milk is poured into the rest of the ingredients. Still my friend raved about her friend's sponge and I was convinced that it would work. What happened was a disaster of epic proportions. I even took a photo of it (which I have since sadly lost) as evidence of a spectacular fail - the sponge was tough and with an enormous crater on the centre. 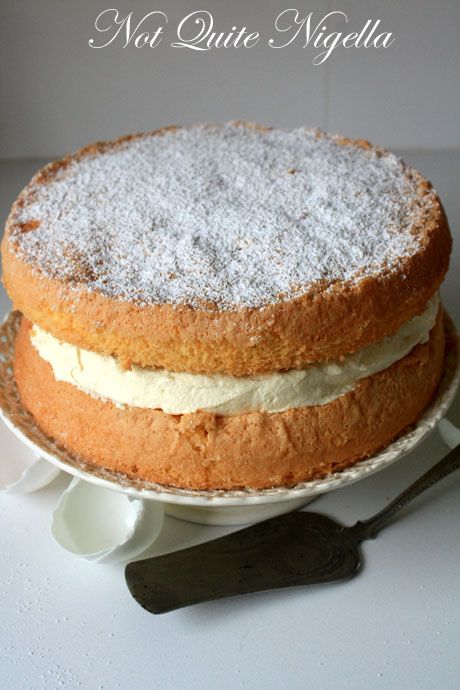 Legend has it that duck eggs produce the best sponges as they can whip up voluminously and the taste is richer and yet it rises much lighter. However this legend didn't take into account how hard they are to get a hold of. There was a while last year where I'd ask confused egg sellers at markets and farmers markets whether they had any duck eggs. Kath from Field to Feast would try to give me some duck eggs but as she lives so far away it proved a logistical impossibility. Don't do as I did and buy the duck eggs in Asian grocery shops, they are salted duck eggs and are in no shape to be used in a sponge. 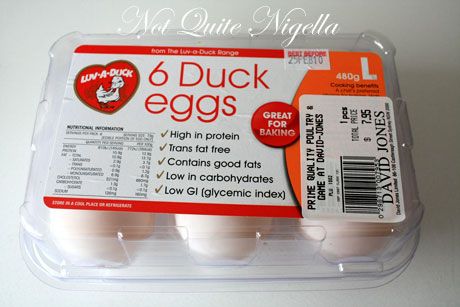 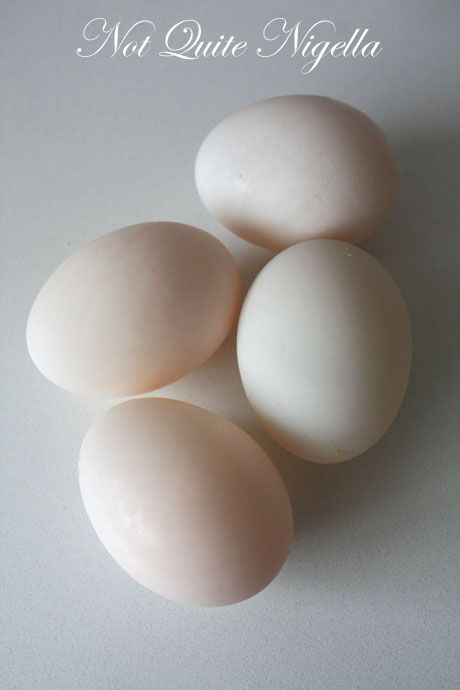 I finally found some at David Jones food hall one afternoon where I was looking for lunch. They weren't too badly priced either at 6 eggs for $7.95 so I grabbed them and looked around looking for someone to share my lovely discovery with. People didn't care of course, they probably wondered why this person was clutching a carton of half a dozen eggs with such utter joy but the timing couldn't have been more wonderful. I had my friend Queen Viv around for a baking session. She is a great bread and pastry maker but cakes and biscuits had always eluded her so we thought that we would kill two birds with one stone and allow both of us to face our nemesis. The duck eggs are larger than chicken eggs and have a wonderfully delicate, almost translucent bone china type of shell. Some had swirls on them and some had a pinkish hue to them. The whites were also cloudier than chicken's eggs and more mucousy in texture with a distinct smell. Apparently raw duck eggs aren't good to eat as they carry a greater risk of salmonella poisoning. 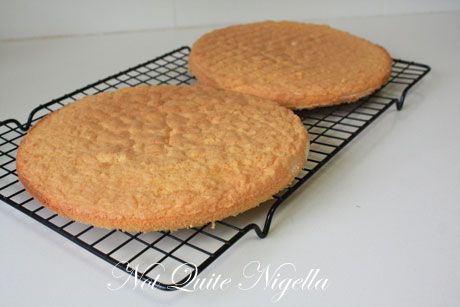 We tried a cake and it was a fail. One "secret" recipe said that the secret was to drop the sponge mixture while in the tin on the bench twice. When I did that, to my horror, all of the bubbles disappeared before my eyes. One recipe said to add cooled, melted butter and as soon as we did the whole thing deflated into a thick pancake batter. The resultant sponge barely rose and it was half the height that we wanted. So we needed to find some more eggs and unfortunately David Jones had sold out and weren't restocking. We finally tracked some down at Harris Farm Broadway for the even better price of $5.59. Determined to make it work, we consulted the book we should have probably consulted all along - the Edmonds Cookery Book from New Zealand. There were some invaluable tips which we used and we decided to omit the melted butter and the dropping the mixture on the bench. 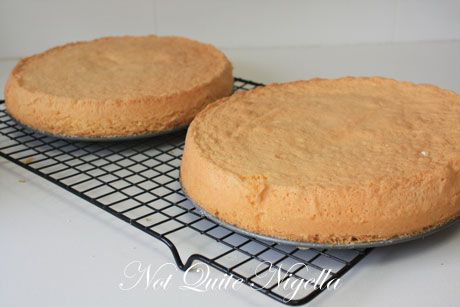 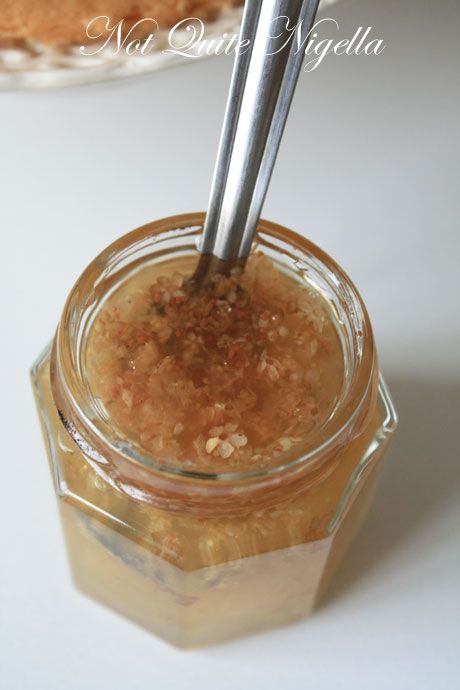 Our second go looked very promising, perfect even. Even though neither of us had made a successful sponge, we had an instinct that this was just right. We popped it in the oven with military precision and even allowed ourselves a tentative high five. A few  minutes later I turned on the oven light and I gasped. It had risen! This resulted in another round of high fives and victory dances and then it came out perfectly. We were so proud! It was light and airy and absolutely perfect. Once cooled, we filled it with stiffly beaten cream and a fantastic Elderflower jam that I bought in Austria recently (yes one of the many jams I brought back with me). We sunk our forks into it and were rewarded with an ambrosially perfect sponge. We had both faced and defeated our nemesis and our reward could not have been sweeter.

So tell me Dear Reader, what is your cooking nemesis? 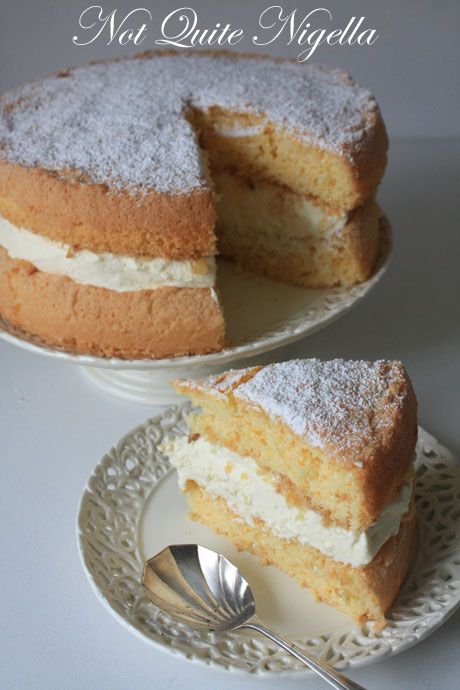 *Quote from "The Castle", a fantastic Australian movie. 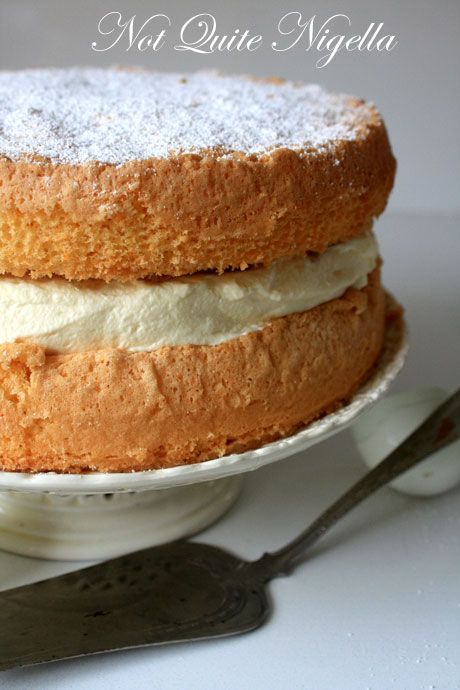 These tips are essential for such a delicate cake and made the world of difference for us: 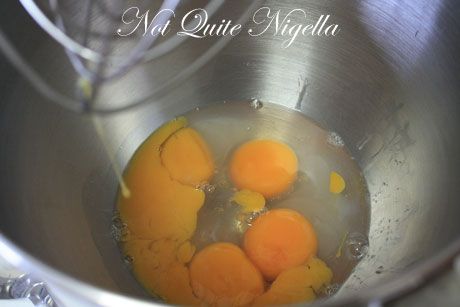 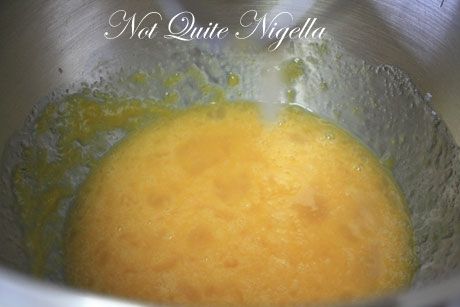 Step 1 - Arrange oven rack so that it sits in the centre of the oven. Preheat oven to 180C/350F. Grease pans with butter and sift flour over butter and shake out excess flour. Whisk eggs and sugar on a medium high setting (I used setting #6 on the Kitchenaid) for 8-10 minutes until it has turned very pale and very thick and has increased in volume to at least 3 times its original volume. 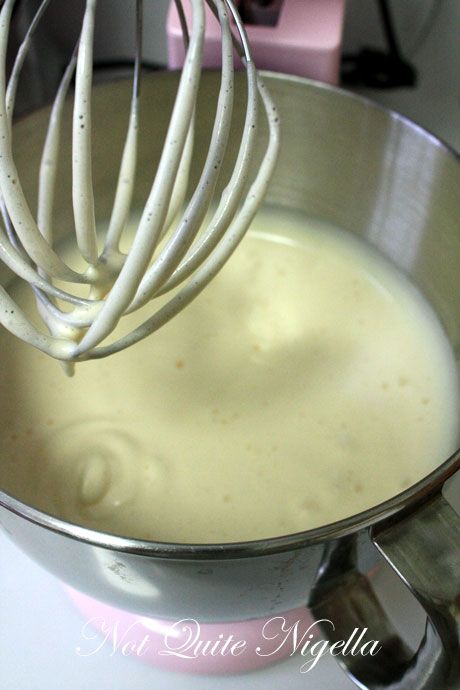 Step 2 - Meanwhile, sift the flour, custard powder and baking powder three times. Each time do it at a bit of a height and tap the side of the sieve with the heel of your hand or use your wrist to shake it back and forth (rather than pressing down on the flour with a spoon).

Step 3 - When the egg mixture is ready, ensure that the oven is at the correct temperature. Have everything ready as the timing is crucial now. Sift the flour into the mixture while someone else folds the mixture underneath. This helps to avoid the lumps. Use the up, down and under folding motion (do not stir). It folds easily and should be able to be incorporated easily. Quickly spoon it into the tins and bake in the centre row of the oven and bake for 15-20 minutes. It should spring back slightly when touched and the edges should pull back from the tin.

Step 4 - Cool in the tins for 5 minutes and then remove from the tin gently and cool on a wire rack. 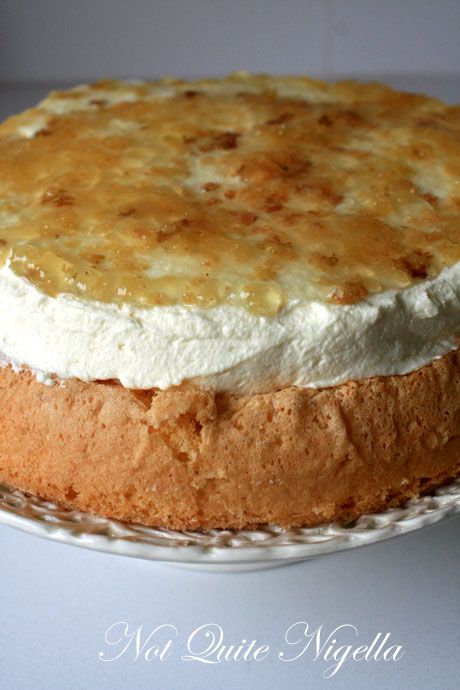 Spread with cream and Elderflower jam

Step 5 - Beat cream with icing sugar until stiffish and spread this on one cake half (the heavier or less photogenic one is best). I like to smooth the sides with an angled palette knife for a smoother look. Spoon jam on top and place the other cake round on top and sift icing sugar on top. 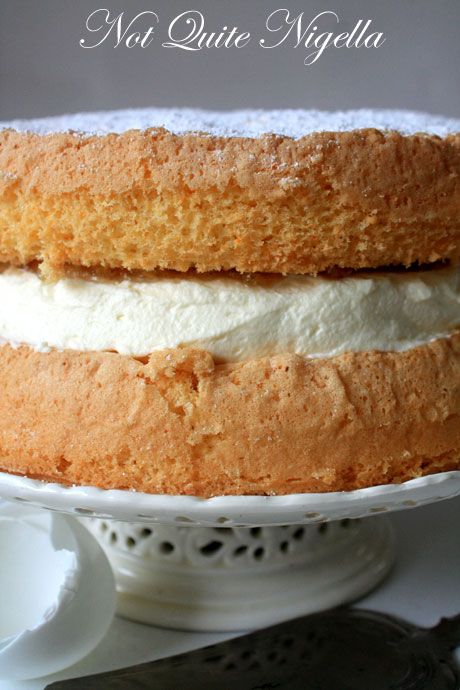