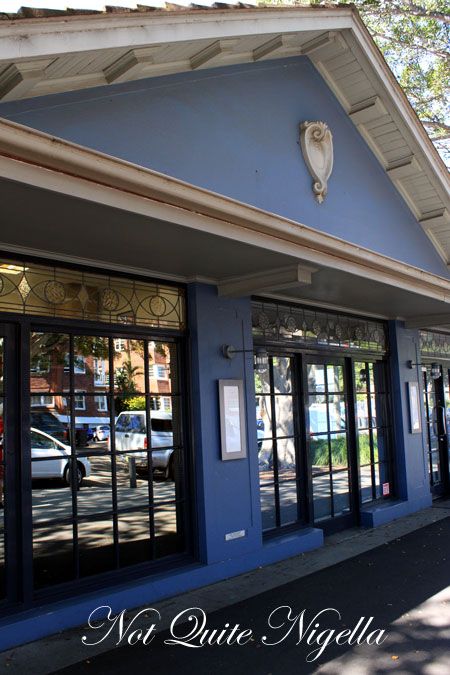 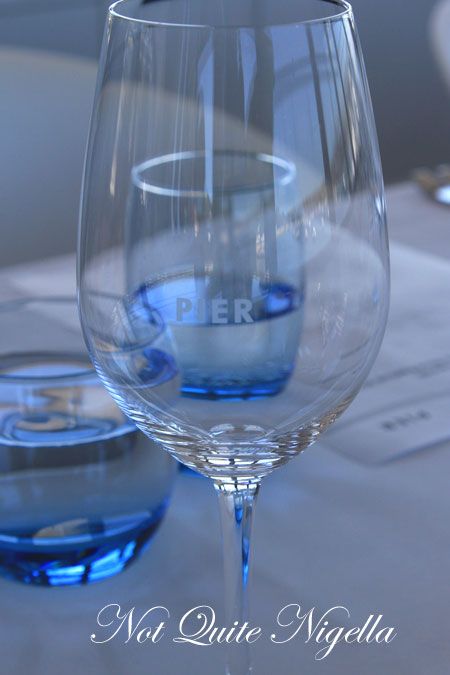 I can count at least 15 years since my last visit to Pier. It was quite different place back then. I remember my then boyfriend ordered sushi rolls there and I was annoyed at him for doing that as it seemed like such a copout when there was all of this fantastic fish on offer (I've always been a bossy girlfriend). I remember the waiter was terribly rude and only spoke to him when communicating with us. I remembered how much I liked the view when it was bright and the sun was out and how it transformed from white diamonds sparkling on the water to black at night. 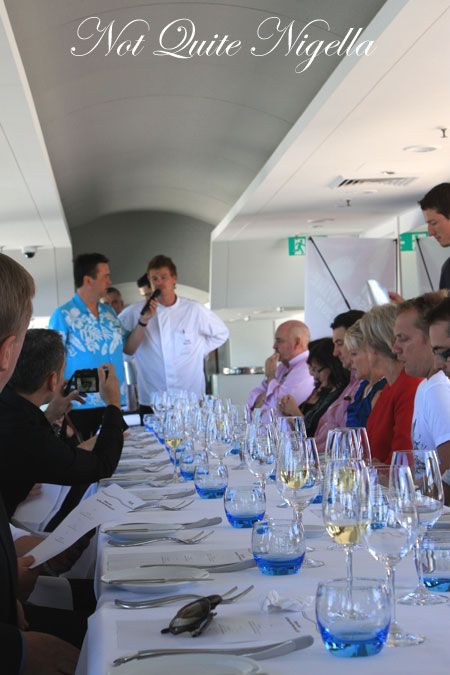 I was chuffed to be invited here to celebrate the launch of the Audi Noosa Food & Wine Festival. In the crowd were all sorts of grown up people there i.e. traditional or legacy media. Would they be friendly? Would they be hostile? Turns out they were the former thankfully and everyone was in a good mood perhaps due to the fact that we were about to embark in a 3 course lunch cooked by Greg Doyle and Grant King. Other diners include Justin North and Martin Boetz who along with the Pier chefs are jetting up to join the star studded chef lineup of 50 chefs who will desert Sydney for the 3 day event. What started off as 5 chefs many years ago has now evolved to 50 and is an event that MC Simon Marnie says that he looks forward to every year. 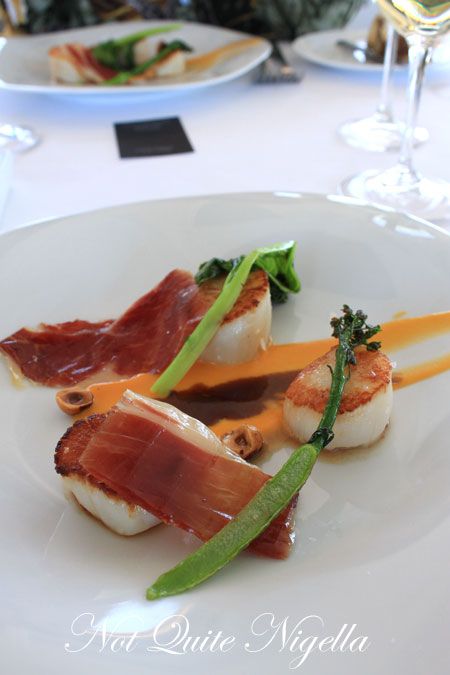 Sally asks me if I'd like to photograph her dish as hers gets set down first. Then mine is set down and we comment how exactly alike everyone's dish looks like such is the precision in the kitchen. The roast scallops are juicy and well cooked and they are accompanied by a butternut puree, Jambugo ham (said to be one of the best in the world), two toasted hazelnut halves and a Pedro Ximinez reduction. It's delicious although as there are two hazelnut halves, I don't get hazelnut in every mouthful and I didn't want to cut at them in case they went skidding across the pristine white tablecloth into the lap of a fellow diner. 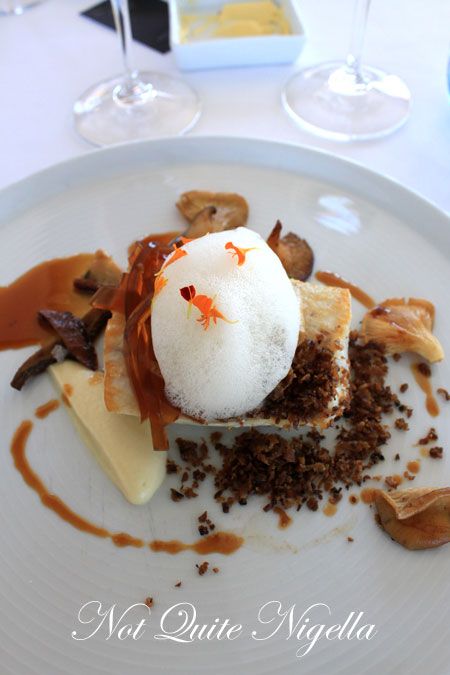 The seared Kingfish is served with different textures of seasonal mushrooms. I'm used to seeing Kingfish as a sashimi or sushi fish so it's unusual to see so much of it here on a plate. The serve is generous and considering mains go upwards of $50 you can see that they ought to be. They advise us to start eating from the thinner end of the fillet as the fish cooks through while on the plate. The mushrooms are divine and disparate - on top I see some king mushrooms and a variety of other mushrooms dot the plate along with a semi circle of creamy cauliflower puree which I eagerly scooped up within the first two bites. 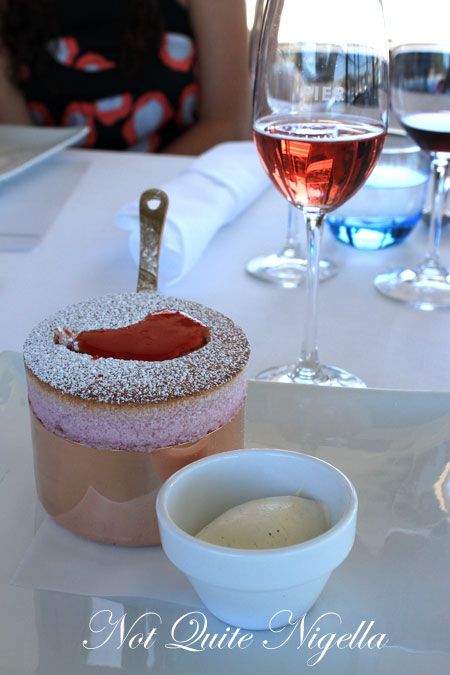 I don't usually order souffles and I'm usually done after a few mouthfuls of air as a souffle is a bit of all the same and my tongue has a short attention span. This raspberry souffle is cut open at the top and a smooth, glossy raspberry coulis is poured inside. It is sweet enough around the edges but like all souffles it's never quite sweet enough inside. It's accompanied by an unsweetened vanilla cream. It's perfectly risen and comes out in a copper pot (I wanted one of these until I priced one - ouch!) and whilst it's one of the nicest souffles I've had I can't go beyond a few mouthfuls again and I am also rather full as the previous course was deceptively filling. 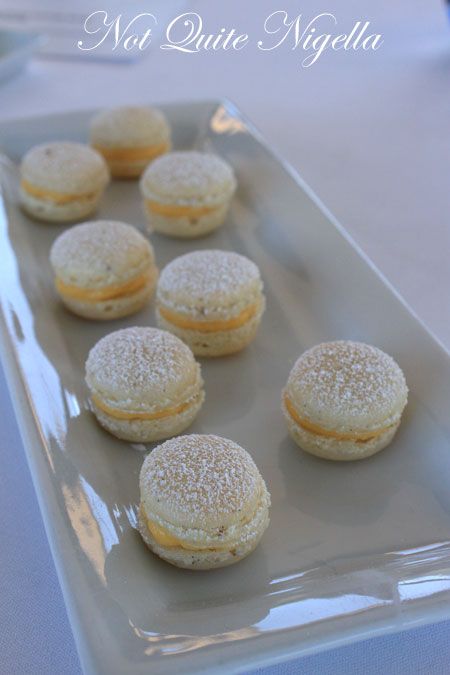 Nothing ends a meal better than passionfruit macarons. These are filled with tangy passionfruit curd and one macaron is the perfect sweet ending to a fantastic meal.

So tell me Dear Reader, are you a bossy partner? 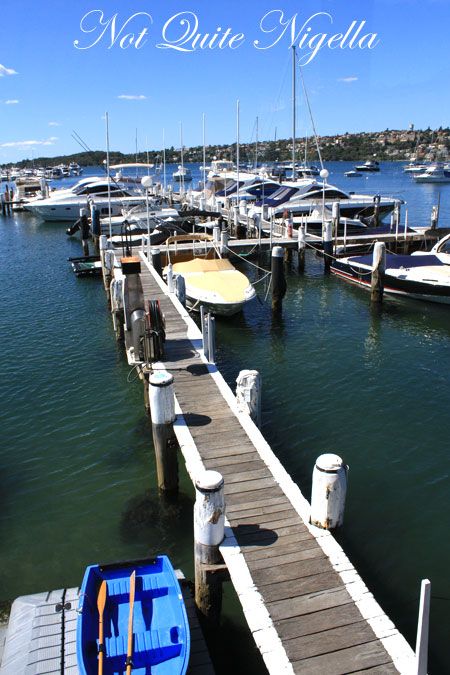 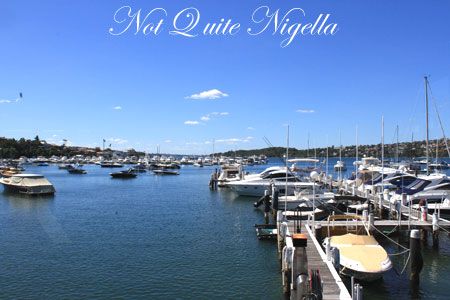