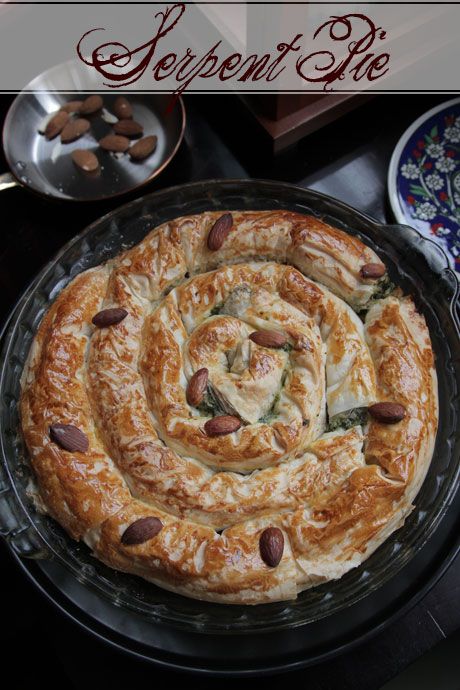 Girl gets on treadmill.

This is the story of my life currently. Yes Dear Readers, I have finally got myself a treadmill (I was gifted a dormant one from my parent's house). I realised that sitting at home eating pastries was not the best way to stay in the same size bracket and that I had to literally get off my ass if I wanted to stay within the small clothing range. Humph. 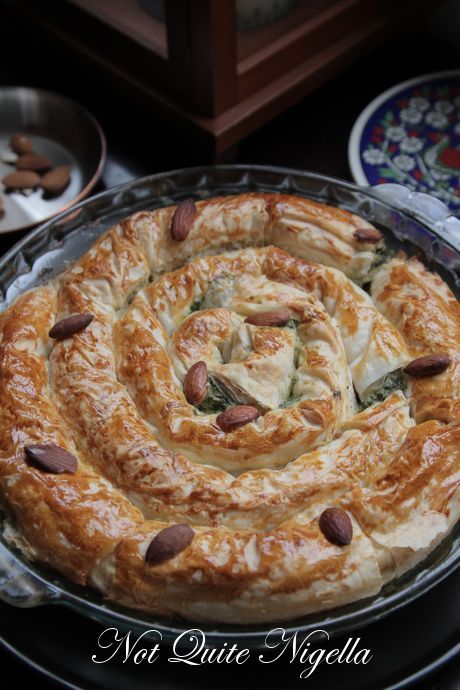 The motivation was a fashion spread for Nine to Five magazine. Now understand that calls to feature in fashion spreads have never graced my inbox before. People do not come a knocking on my door asking me to wear clothes for a living. The closest that I came to it was the ad for Cornetto. I was suddenly going to have to put in place all that I (didn't) learn from watching ANTM. I was unfortunately missing about 1 foot of height among many other essentials.

The day that the email came in from them was unfortunately the day I happened to brush 200grams of butter on 14 sheets of pastry and bake them in the oven. It wasn't the best day for the invitation to come in although I do think that something was looking out for me in that it came before I had raised the pastry to my mouth to try it. The serpent pastry sat there, in it's bronzed coiled glory tempting me, hypnotising me.

The devil on one shoulder said

"It's got a vegetarian filling, it's practically healthy!"

And the angel on the other shoulder said:

"Hardly, given the amount of butter you've used!" 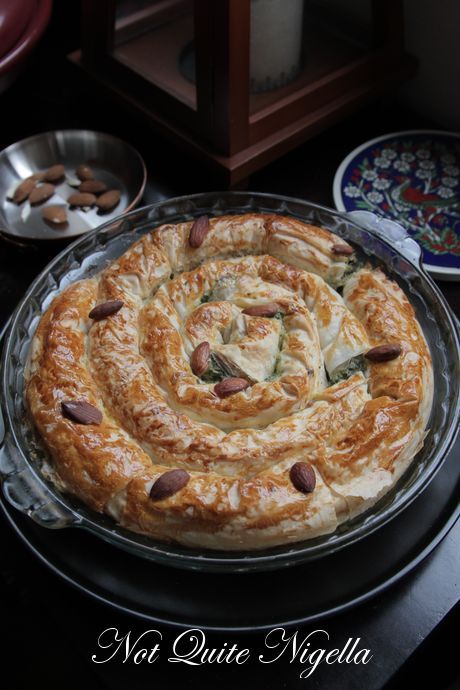 Calories and fashion spreads aside, this is a great way to serve up a dinner party worthy dish with casual ingredients. The same ingredients go in to making the spinach and filo triangles but this goes from a snack to something that you could serve guests. You could make this a huge serpent, and to be honest, the bigger the better it looks as you can get more coils but I only had a 25cms pie tin. I first saw this on Tenina's site where she made it using a salmon and cream cheese filling. Its original name is M'Hanncha which means "snake" and it is usually a sweet Moroccan pastry usually filled with an orange blossom infused almond paste. But I realise that there is a proliferation of sweets here and I needed to make a savoury dish.

As for me, staring in the face of such temptation I did what anyone would have done. I simply bit the head off the snake and got on my treadmill and ran like the wind!

So tell me Dear Reader, do you go on crash diets or fitness regimes? 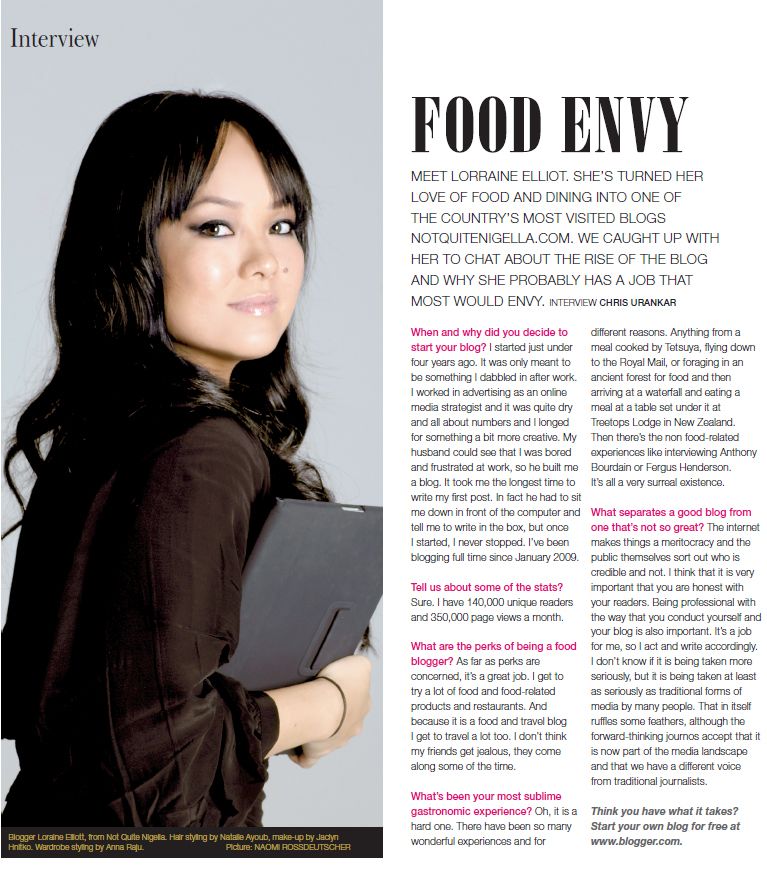 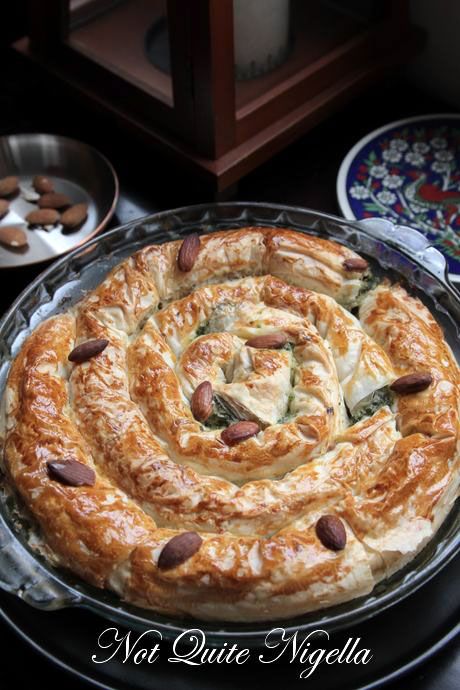 Step 1 - Make the filling by combining the spinach, feta, garlic, walnuts or pine nuts, garlic, cheese and egg whites in a food processor and process until cohesive. Fill a piping bag with the mixture and refrigerate until needed. 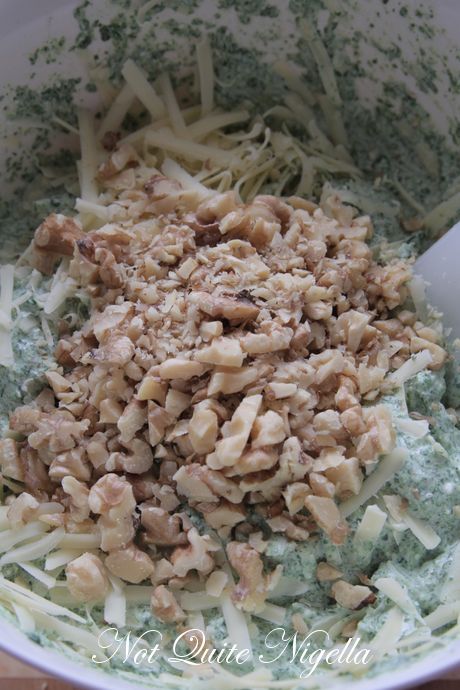 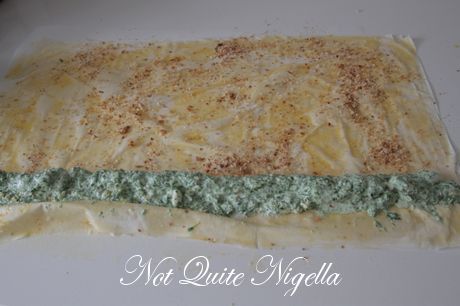 Rolling up the snake 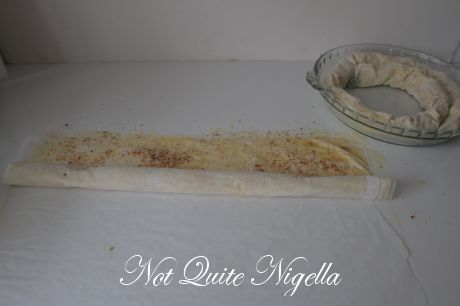 Placing it in the greased pie dish

Step 2 - Preheat the oven to 200C/400F. Grease a 25cms/10inch pie plate with butter or non stick oil spray. Line a clean surface with a sheet of non stick parchment and take out your filo pastry. Filo dries out very quickly so have a damp tea towel on top of it to prevent it from drying. Take out one sheet and recover pastry. Brush with butter and then place another on top of this and butter and repeat until you have four buttered sheets on top of each other. Sprinkle some breadcrumbs on top as shown and then pipe the filling along the bottom. 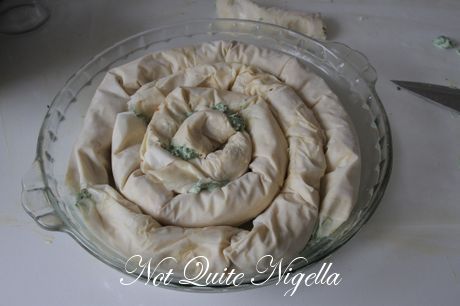 All rolled up ready for the egg glaze...

Step 3 - Lift the edge of the paper and roll the pastry over rolling quite tightly. Lay it out carefully on the greased pie dish covering this with a damp tea towel. Repeat another two times so that you use a total of 12 sheets of pastry (4 sheets for three logs). I found that I needed a bit more to fill in the centre so I cut the last two sheets of pastry in half and did a shorter log. 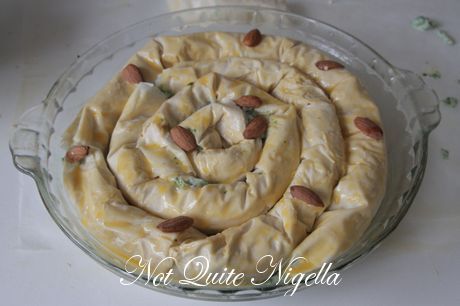 Yes I swear it was egg glaze and not more butter!

Step 4 - With the two egg yolks, brush the top of the pastry well with the egg yolk mixture and scatter nuts on top. Bake in oven for 20-25 minutes until golden brown. 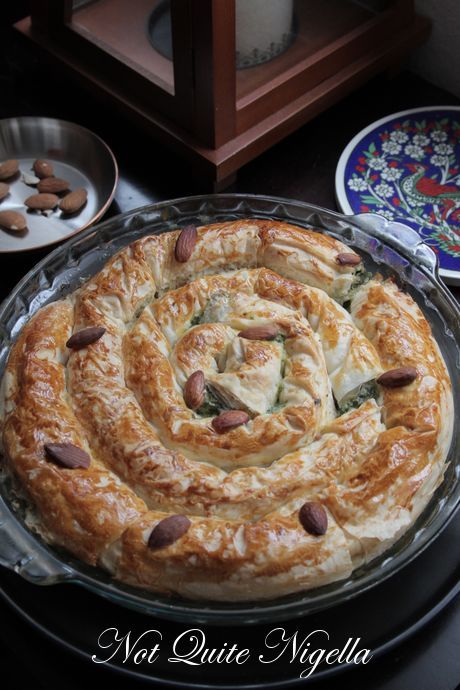