The Albert Roux Dinner at the Sofitel Wentworth 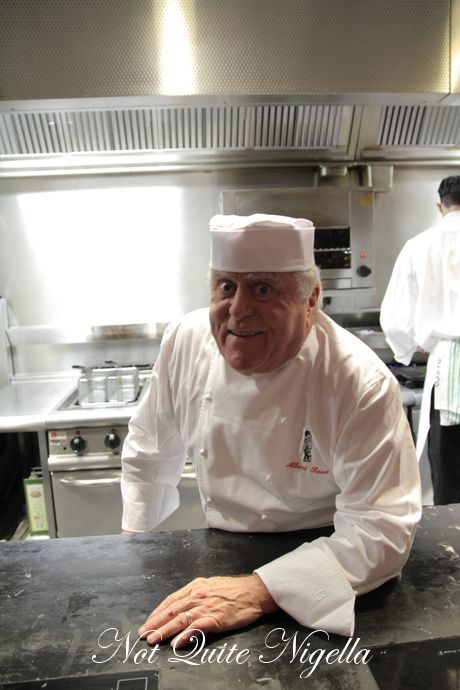 "I'm French only in passport" Albert Roux says in his French accented English when someone asks him why he chooses to live and work in England. "It's no secret I'm a royalist, not a republican" he tells a somewhat surprised crowd. Albert Roux, 75 years old leans on his cane and stands in the heart of the open kitchen at the Garden Court restaurant at the Sofitel Wentworth. He is cooking royalty himself (no wonder he is a royalist) and received England's first Michelin star for his restaurant La Gavroche which he opened with his brother Michel Roux. 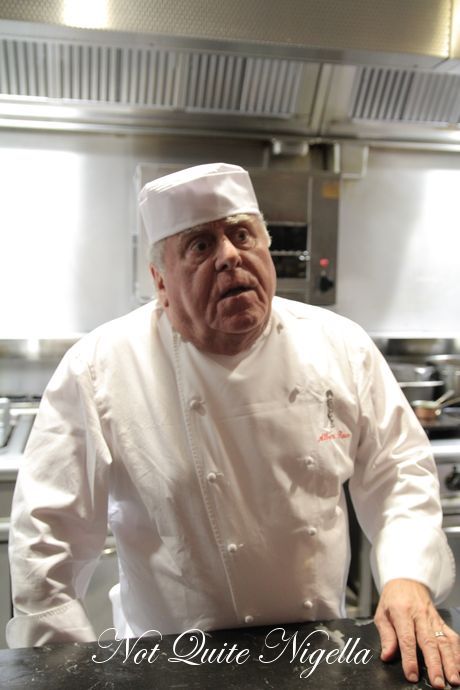 There are certain things that you assume would come from the mouth of a French born 3 star Michelin chef. And the talk of eschewing France for England is not one of them. Albert Roux, is refreshingly blunt. And when asked what he thinks of the culinary scene in Australia he gives a frank answer "There's a bit of confusion" but tempers it with the reasoning that as a country we're "a baby" and considers it full of promise. 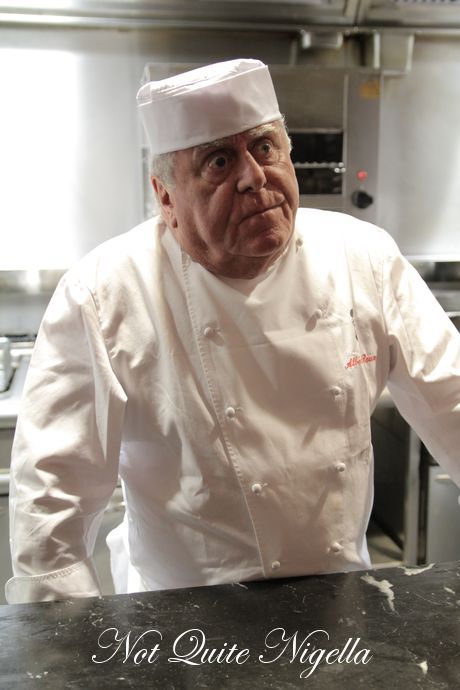 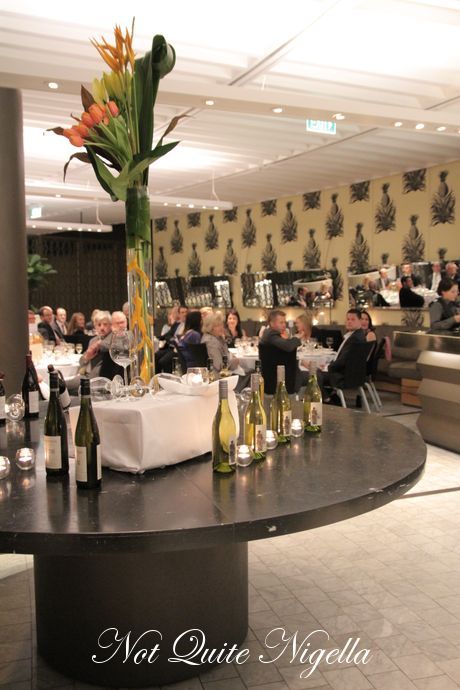 Roux was originally supposed to come over last year but that pesky volcano trouble meant that the trip had to be postponed. He brings with him his own cuisine team and we watch as he holds up a finger and speaks intently to his chef partner Bruno Valette who nods and explains the instructions to others in order to fulfil the request. 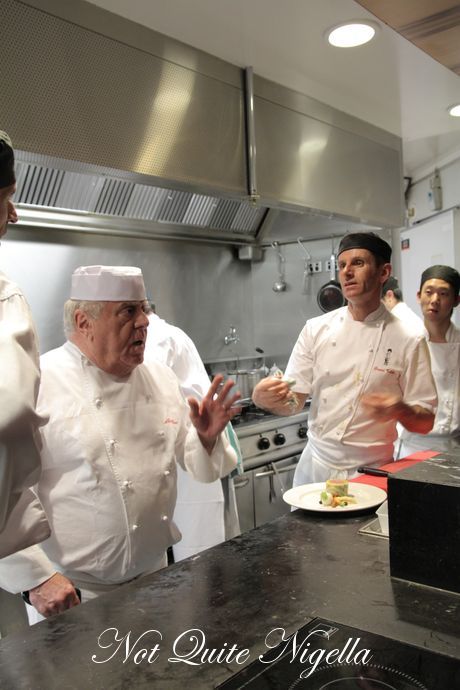 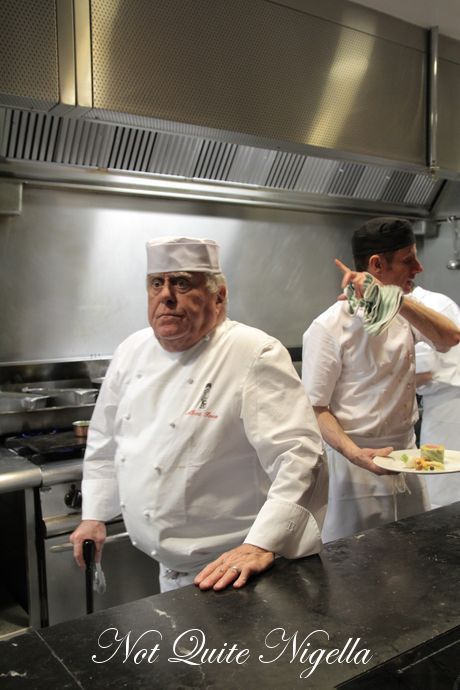 I'm dining as a guest of Relais & Chateaux which is a hotel association with an emphasis on excellence much like the the Michelin guide is for food. Relais & Chateaux have a range of famous chefs as part of "Grand Chefs Relais" program including Heston Blumenthal, Thomas Keller, Daniel Boulud and Australia's Tetsuya Wakuda . And the night itself is full of surprises. The wines are not French, they're all Australian wines from South Australia and Victoria. And the food? Many of us were expecting heavy French traditional food but it's quite modern French indeed with some beautifully skilful sauces so glossy that they cast a reflection. 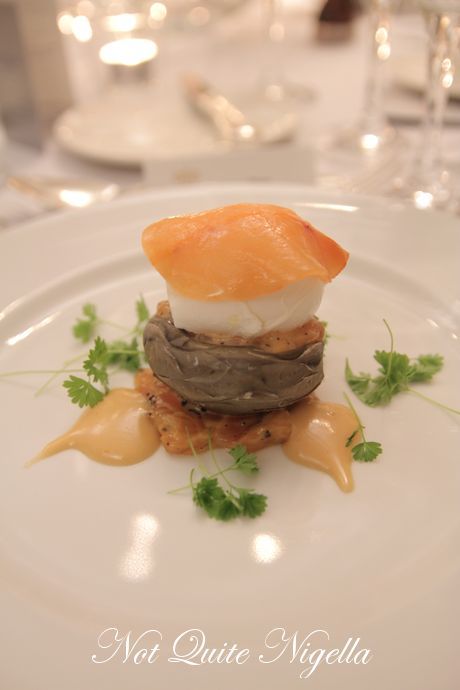 The artichoke heart is a perfect disc of artichoke heart topped with slices of a heavily smoked salmon and a petal of it on top. On top of the salmon is a poached egg with a runny centre and the sauce Marie Rose on the side is a British sauce similar to a mayonnaise and tomato sauce. It's a nice start, lovely and light with silky, creamy textures from the salmon, egg yolk and sauce Marie Rose. 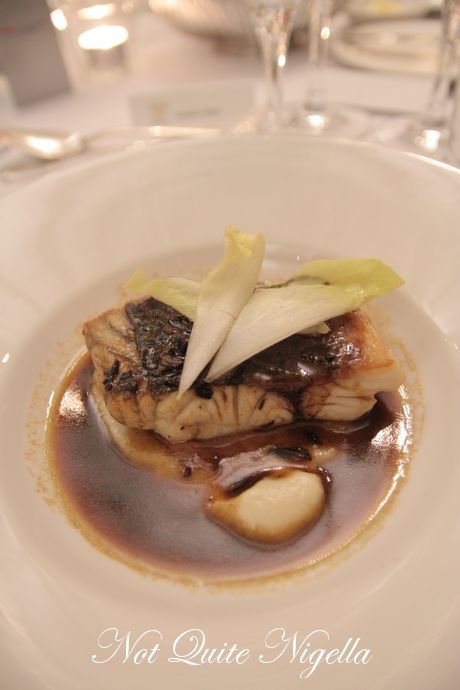 How beautifully glossy is this sauce? The moist barramundi comes on a creamy lick of Jerusalem artichoke puree and with a rich truffle vinaigrette sauce which is intensely savoury with a tangyness to it that seasons the fish well. There are two pieces of endive to top it all off. And I'm glad we have bread because I use it to mop up every last drop of the sauce (licking the plate just won't cut it with this crowd ;) ). 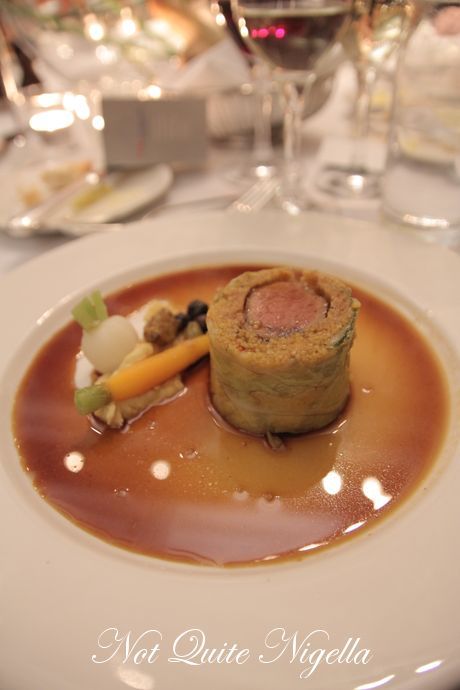 The kitchen doesn't keep us waiting long between courses and our third savoury course arrives it has another glossy sauce. A beautifully tender loin of lamb is wrapped in saffron couscous which is bordered by thin wombok cabbage and on the side are plump raisins and perfectly trimmed vegetables with a demi glace style sauce. And again every little skerrick on the plate is eaten clean as the flavours meld wonderfully together. 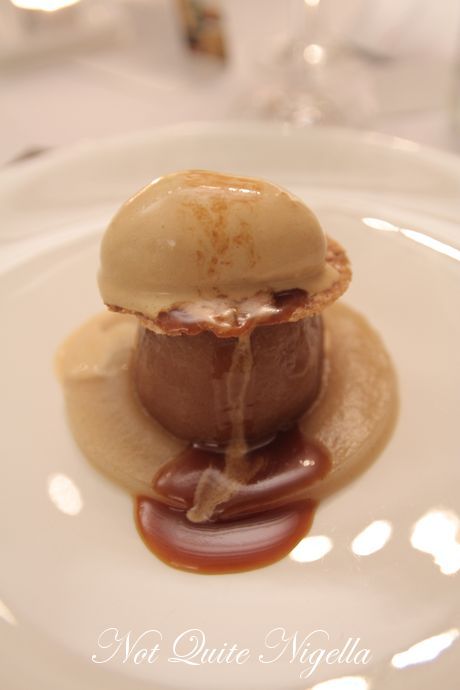 Our dessert is melting quickly so I need to take photographs swiftly. It's a vanilla pear puree with a vanilla roasted pear topped with a thin pistachio tuile and a scoop of sea salt caramel ice cream. Even though our meals haven't been that large they have been quite rich so I can't finish this off try as I might. The sea salt caramel ice cream is also quite on the salty side of the sweet salty equation but the crunchy pistachio tuile is excellent. 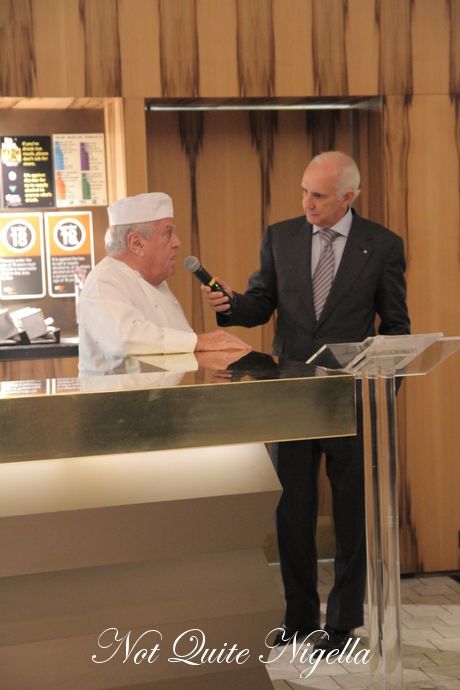 After dinner service is completed Albert comes out from the kitchen and takes questions from the eager audience. When asked which Asian cuisines he likes he answers that he likes Chinese and Japanese but he isn't fond of Indian food. "I don't like curries. I don't like cilantro" he says. As a keen fisherman, a diner asks him if he ever makes sashimi with the fish he has caught but he says that his knife isn't sharp enough but considers sushi and sashimi making an art. He makes the rounds and takes a seat at some of the tables. Next an eager star-struck restaurateur comes over to him and leads him towards his table which he sits down at and answers the many questions that are asked of him. 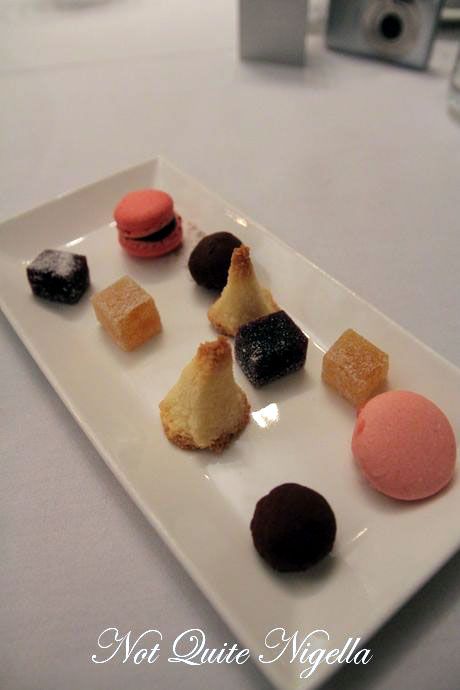 During this time the petit four and coffee and tea service arrives. The petit fours are a mix of tangy pate de fruits, coconut macaroons, chocolate macarons and chocolate truffles. Just the thing to end the night with.

"I don't want to flatter you but you (Australians) are extremely nice. You're a very interesting nation" he ends off on a sweet note.

So tell me Dear Reader, if you could have any overseas chef cook for you, who would it be? 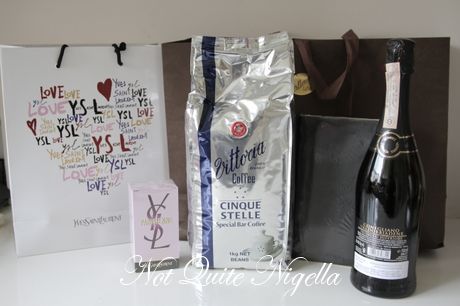 The generous goodie bags for all guests: YSL perfume, 1kg bag of Vittoria coffee,  Torralta Prosecco and a notepad 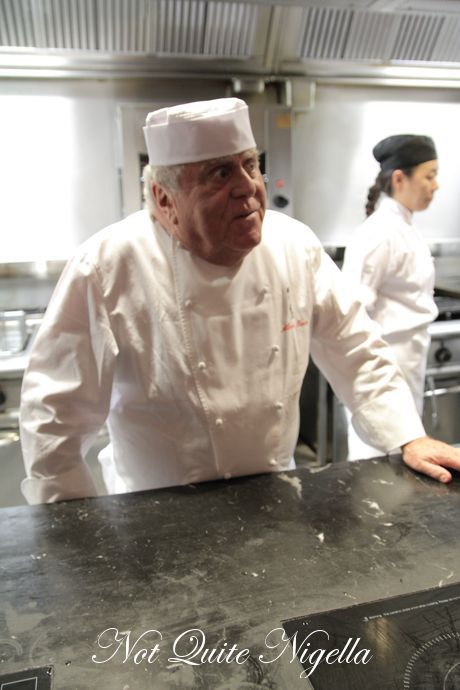 NQN dined as a guest of Relais & Chateaux

Albert Roux at the Sofitel Wentworth 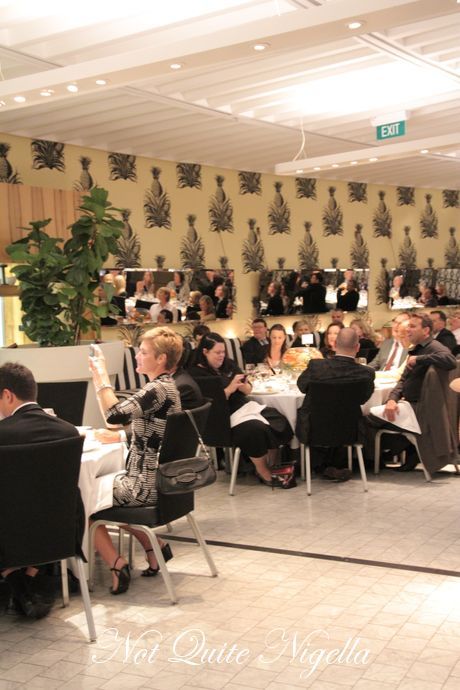