Dive Into Some Dirty Chocolate Donuts! 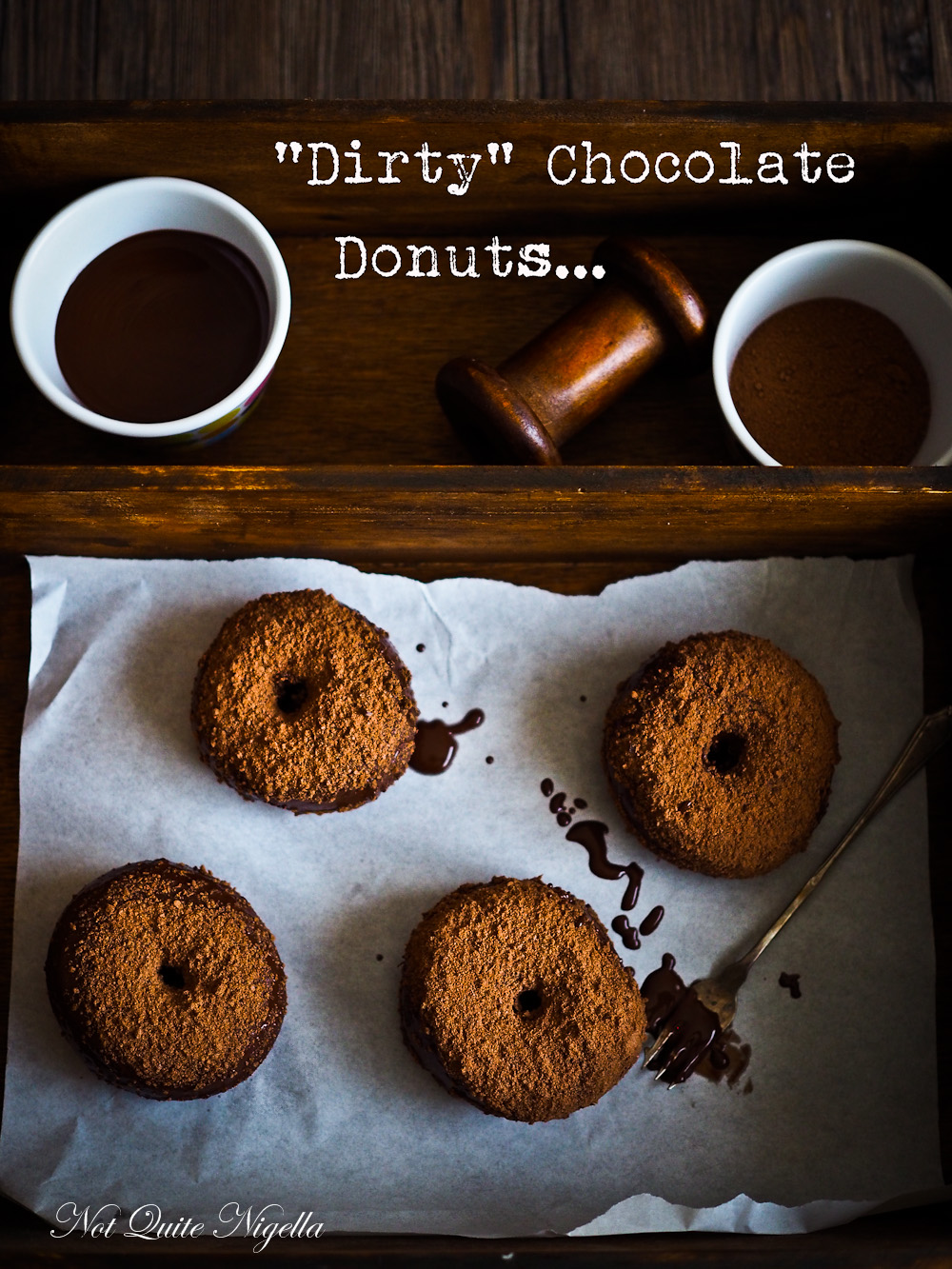 Doing the dirty has never been so much fun! These fluffy yeast donuts are first dipped in a blend of milk and dark courverture chocolate and then Milo for a double dipped rich chocolatey sensation!

Sometimes words have two meanings. Like the phrase when someone does the dirty on you. This can be when they shaft you in a deal or cheat on you or when they talk about you behind your back. I've certainly learned about the latter the hard way with former friends. A couple of years ago someone I considered a good friend (and who featured prominently on the blog) accidentally forwarded me an email in which she had said something very negative about me professionally to another person. As I was reading it the blood drained from my face and arms and I felt as though my blood was ice water. When I am upset I literally turn into the ice queen.

Her only response was to get defensive and accuse me of using her to gain things. That I was only her friend because she had a job that had benefits. I was aghast. I considered her a close friend and had made her wedding cake and she was in my inner circle of friends. Her benefits amounted to a couple of things a year. Hardly worth faking a friendship for. After a month she apologised to me and explained that she was going through a bad time and after a long discussion we hugged. But my blood was still ice and I knew that the hug was a farewell one, not that of reconciliation. 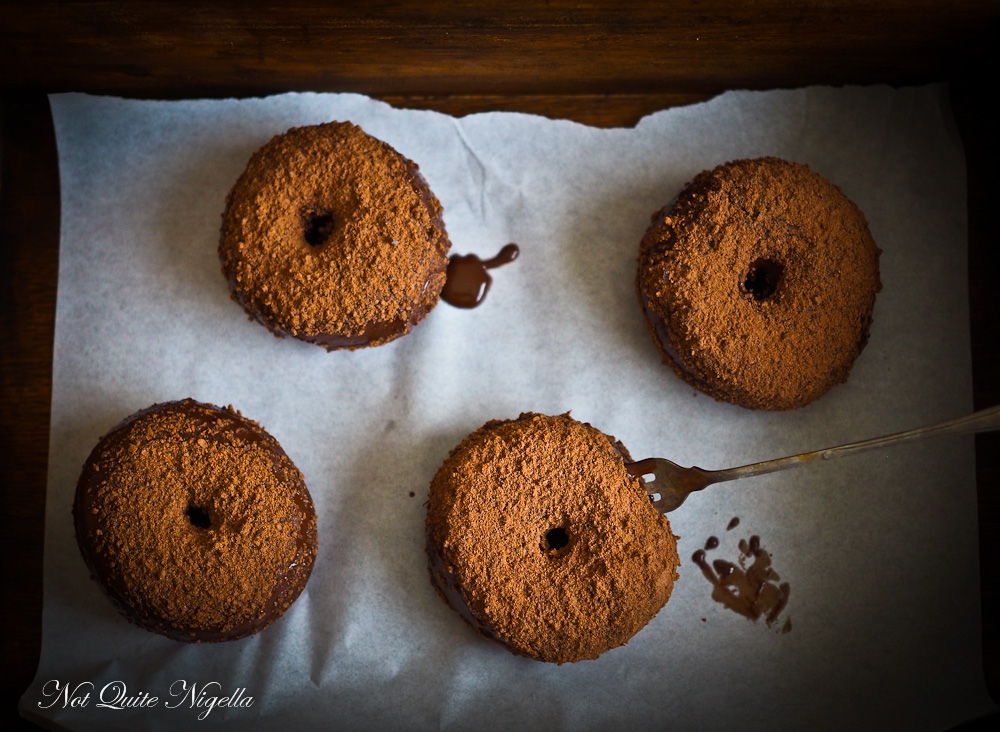 Dirty can also mean good. Think dirty rice or dirty chocolate. Dirty chocolate? Well this was something that I picked up when I was in Ottawa and visited a place called Suzy Q Doughnuts. They had dirty chocolate donuts and I wanted nothing more but to recreate them at home. My "dirt" however would be Milo.

My favourite ever way to eat Milo is by the spoonful. Milk? That's for amateurs ;) I like it dirty as dirty can be. These donuts are a super light donut dipped in a couverture milk and dark chocolate blend with coconut oil before being face planted in Milo. Actually that sounds like a fun punishment to face plant in Milo. I'm going to contemplate that a bit more...

So tell me Dear Reader, has anyone ever done the dirty on you? Have you ever caught a friend being not so nice? And do you yell or turn into the ice queen?

P.S. I later found out that my former friend had "done the dirty" to quite a few of her friends. She was moving to the country and I guess this was her way of giving everyone a memorable goodbye! 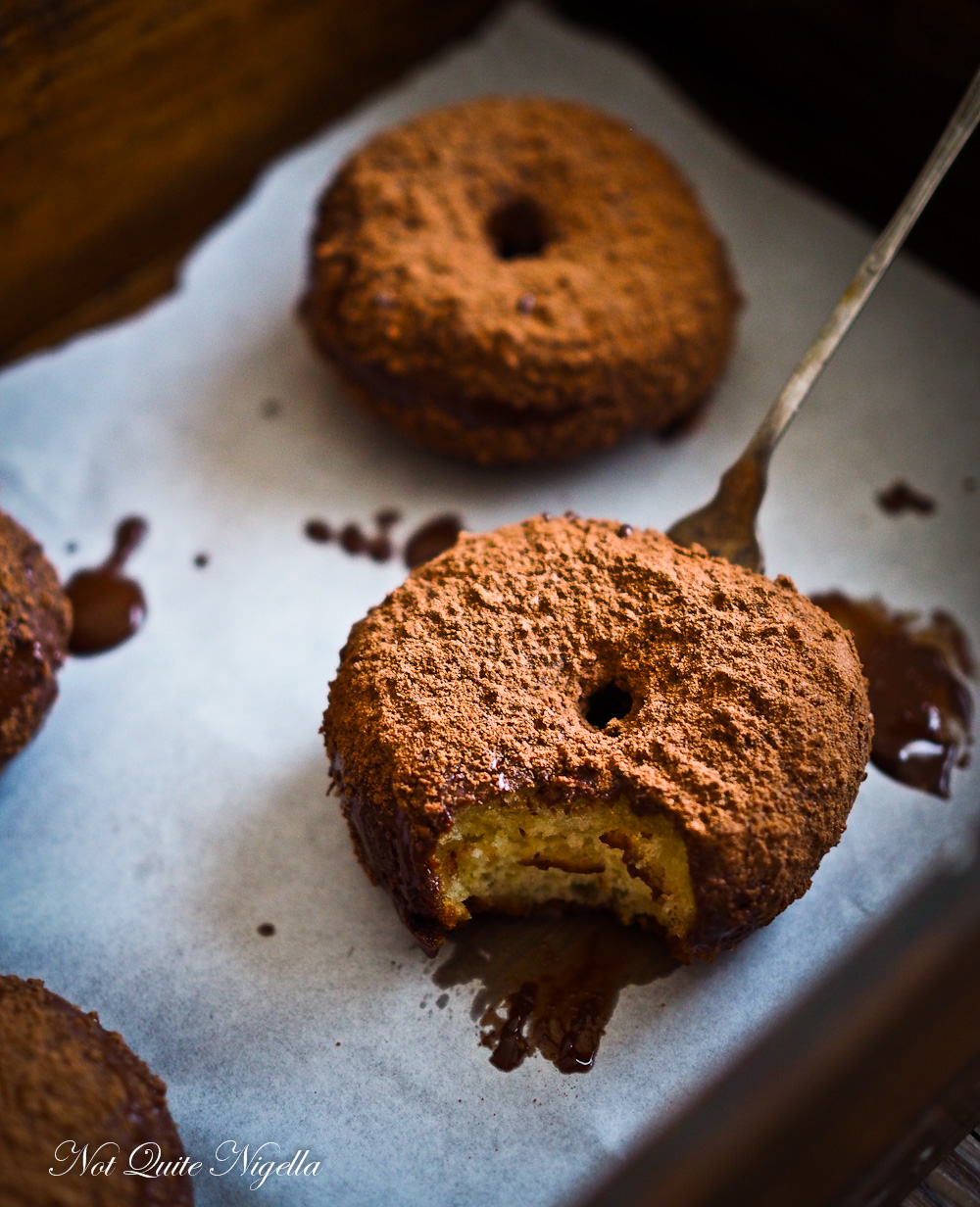 Step 1 - In a bowl of an electric mixer fitted with a dough hook add the yeast, water, sugar and flour. Start kneading until it forms a dough and becomes elastic. Add a little bit more water if it needs it. 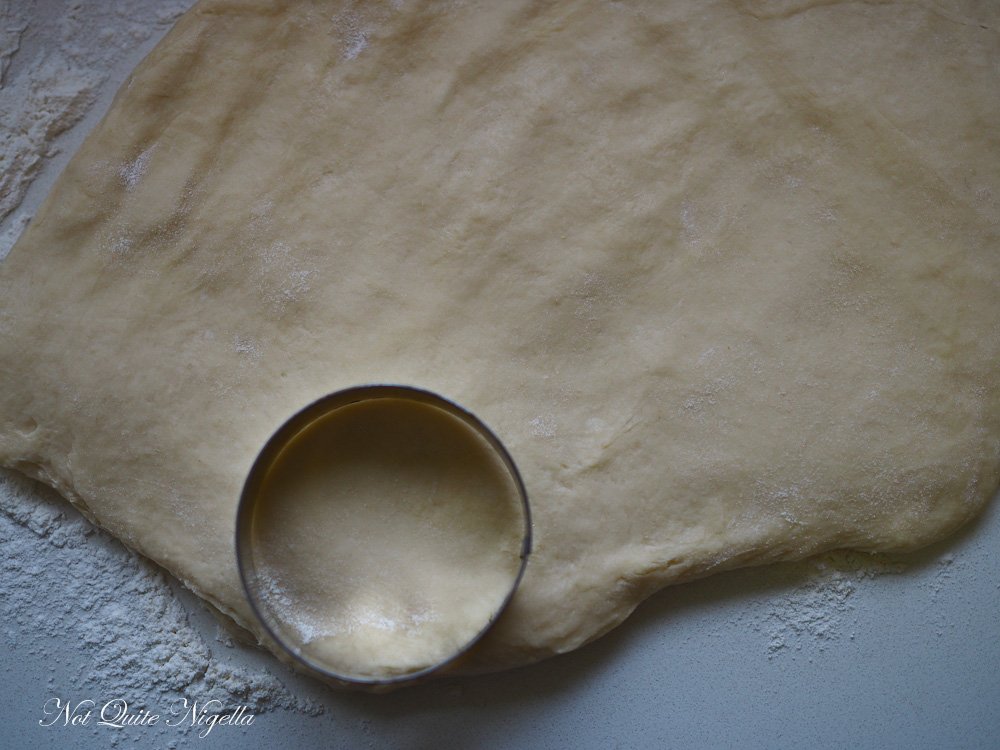 Step 2 - Flour a clean surface and roll out the dough to about half an inch thick. Cut out circles with a 2 inch or 5cm round cutter and then using a small circle cutter (I actually use an apple corer) cut out the centre. Place in a warm, draught free area (I usually put it in an oven that I've set to 35C and then switched off) for 30-40 minutes. Allow to rise to about double the height. 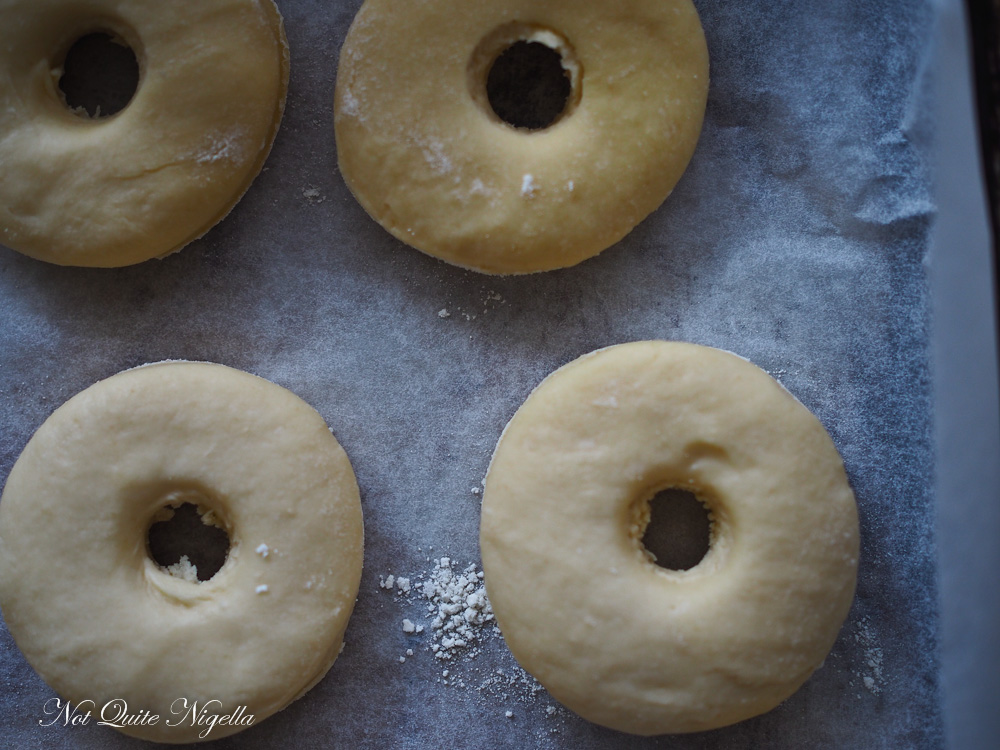 Step 3 - Place oil in a deep fryer or in a heavy based pot and heat it to 180C/350F. Place the donuts in the oil and fry for 1 minute on each side. Drain on a double layer of absorbent paper.