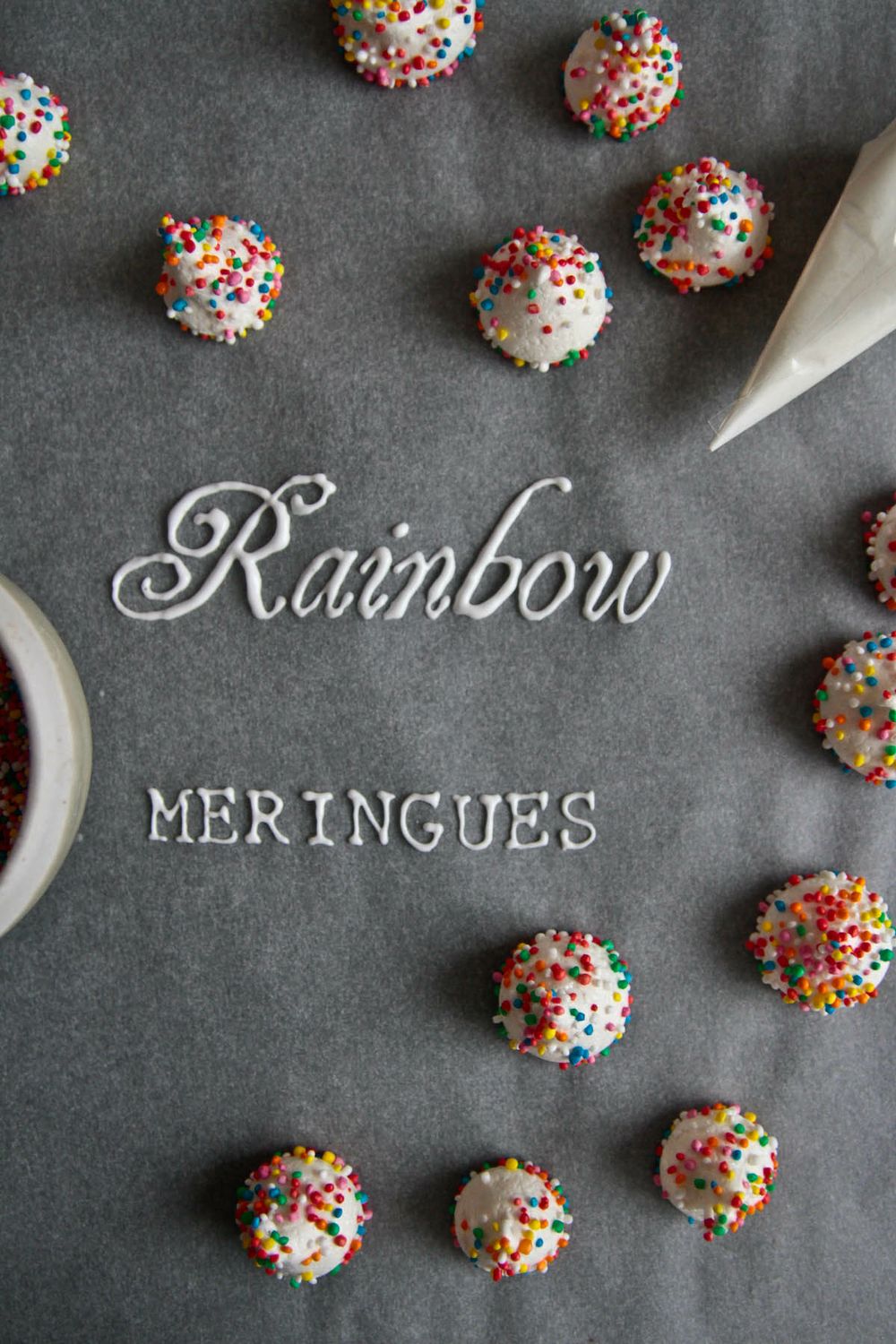 The writing process is a perplexing one. I was recently asked what my writing method was and I found it difficult to describe. I suppose it helps that I'm on the garrulous side of talkative and if you get me started on anything to do with food, you'll either have to feign having another appointment or hope that an eagle swoops into the room and carries you away...

The person enquiring suggested that I tended to write about significant events in my life and that's true. And the significant things in my life, not surprisingly, relate to food. There was one time when we visited Taiwan. Our parents had booked us a tour on a bus-as my father is somewhat of a recluse and would prefer to do nothing, my mother realised that being forced to do things on a tour was the only way to leave the hotel room. I knew it was a bad sign when the driver get off the bus to pray for a while before we set off.

Why is the bus driver praying I asked my father.

Because were going up a big mountain and the bus could fall over the cliff and die my father said matter of factly.

"But then why is there a rainbow?" I asked because I always thought that when there were rainbows, bad things didn't happen. 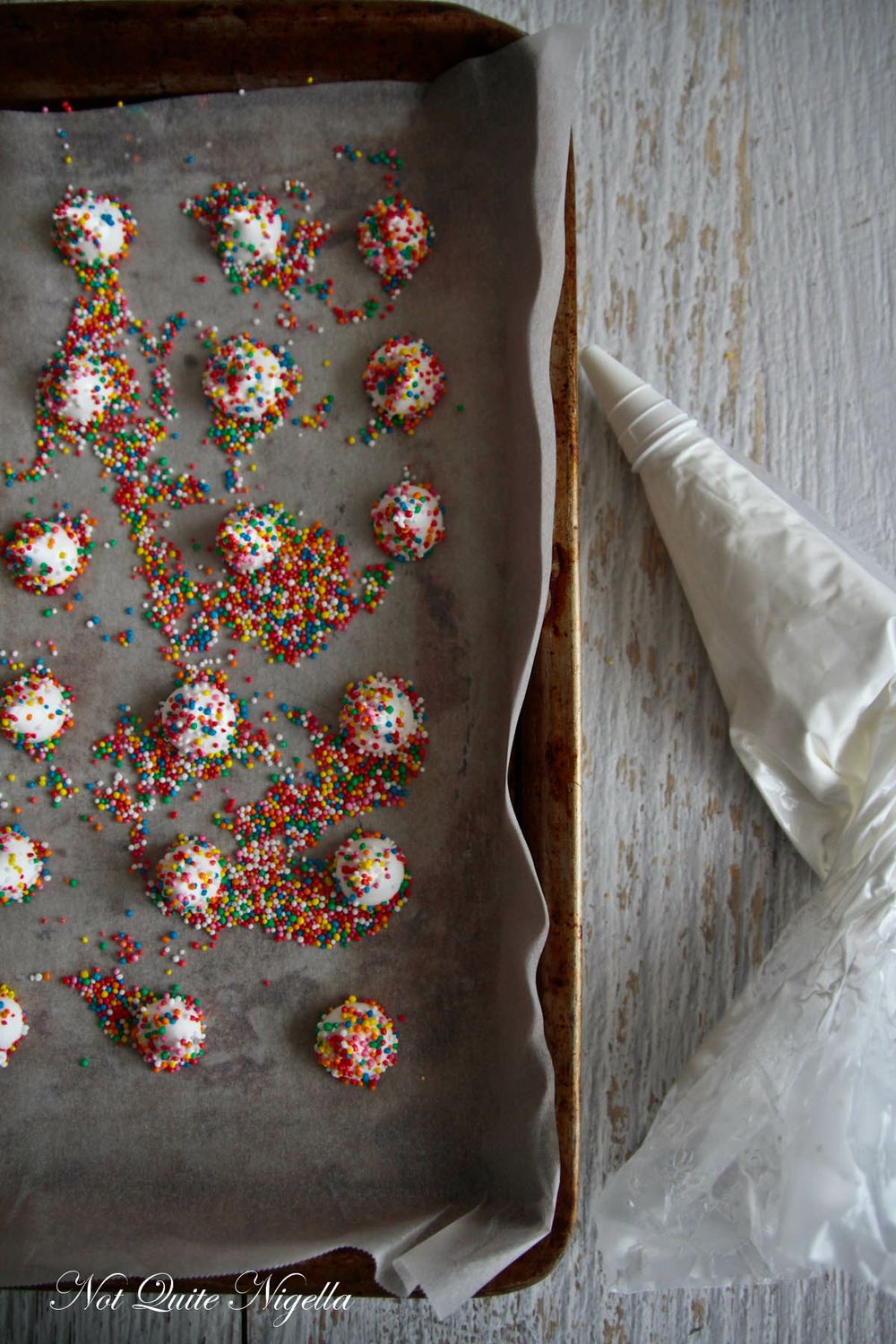 It was the most panicked I had ever felt and for the next few hours we sat in the coach with it winding around and around the mountain. I leaned as far right as I could just in case my weight might cause us to tip over and send us plummeting into the abyss. To quieten us down father slipped us a Toberlone-my favorite chocolate bar as a child. It was Swiss and I liked the book Heidi. Heidi lived in Switzerland which was so far away and had snow plus she got to eat the most divine soft white bread rollsyou get the drift right? With all of centrifugal forces at work, I started to get rather sick to my stomach and hours later we finally reached the top.

My stomach was still doing swirls around the mountain and I staggered from the bus into the restaurant looking like a slightly tipsy elf clutching my stomach. They deposited us all around a huge table for the large group of us and I sat next to my mother. Someone swirled the Lazy Susan in the centre pouring and passing tea for everyone and I looked around for a bathroom panicked as my stomach did Olympic level triple somersaults. I clutched my mothers arm.

And then The Exorcist happened. I released a torrent of Toblerone and lunch all over the table. Up until then I had never projectile vomited but my stomach was still swirling and so were its contents. Everyone else was caught up with being horrified  understandably, a small child had just vomited all over their dinner table. I dont recall what happened immediately afterwards although I do recall going back to the hotel room with my parents and being given a small box of dumplings by a fellow bus goer who poked her head in to inquire how we were going and then commented on the size of our room being bigger than hers. I didnt want those dumplings at all and my sister happily received a second meal. I remember closing my eyes to drift off to sleep and seeing her happily tucking into them. We never stood on ceremony or sentiment when there is good food to be eaten. 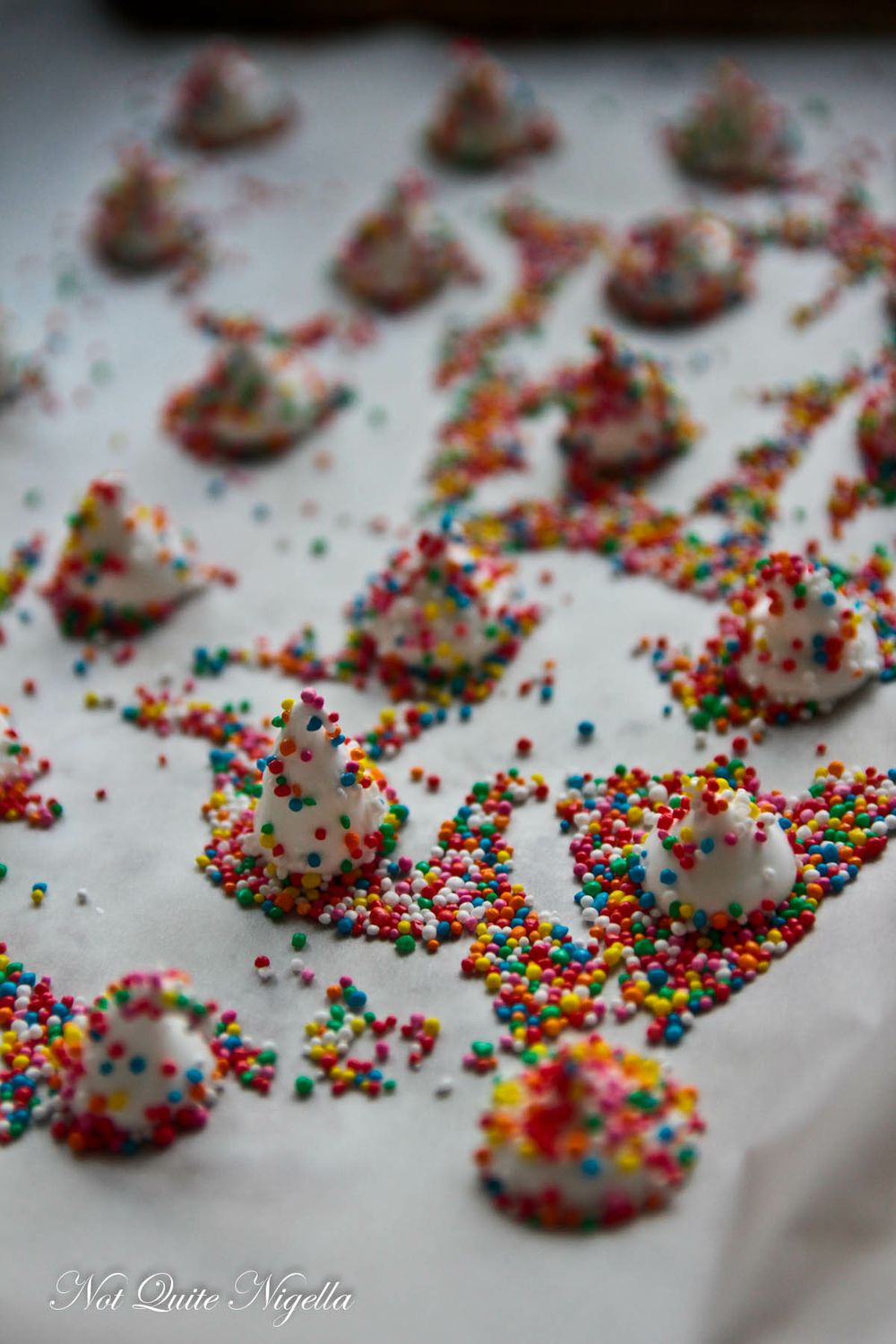 I still love rainbows. Another significant moment in my life happened today. My book "Not Quite Nigella" came out today. It feels odd to even write those words. And even odder that it is out but I'm not sure what will happen. I'm here behind my computer metaphorically with one eye closed sort of hoping that all goes well and it will be received well. In the last couple of weeks I've had some truly lovely and positive emails and phone calls from the media that have received their advanced copies. I've cried tears of happiness when they've said such kind things about it.

So yes I still believe in rainbows. In the form of meringues too.

So tell me Dear Reader, is food a common theme with significant moments in your life? And should I put up some of the "missing" chapters here? And is there anything that you want to know about the book publishing process? 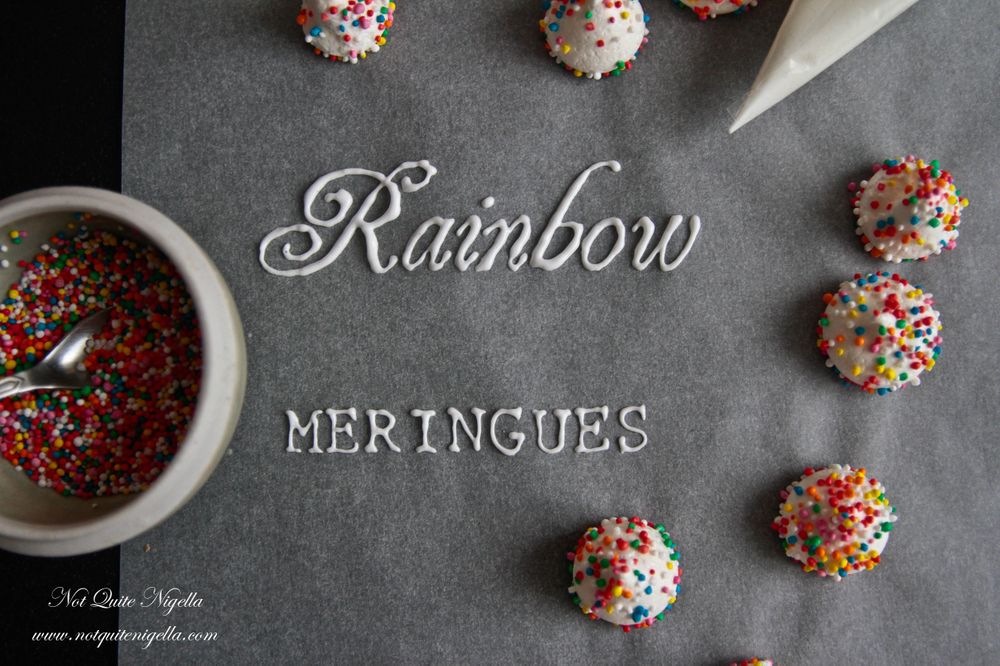 Oh and here's a Wallpaper if you'd like a rainbow to brighten your day!

Step 1 - Firstly, make sure that your mixing bowl and beaters are completely clean and free of grease. Line three baking trays with baking paper and set the oven to 100C/212F. Fit a piping bag with a plain or fluted nozzle. 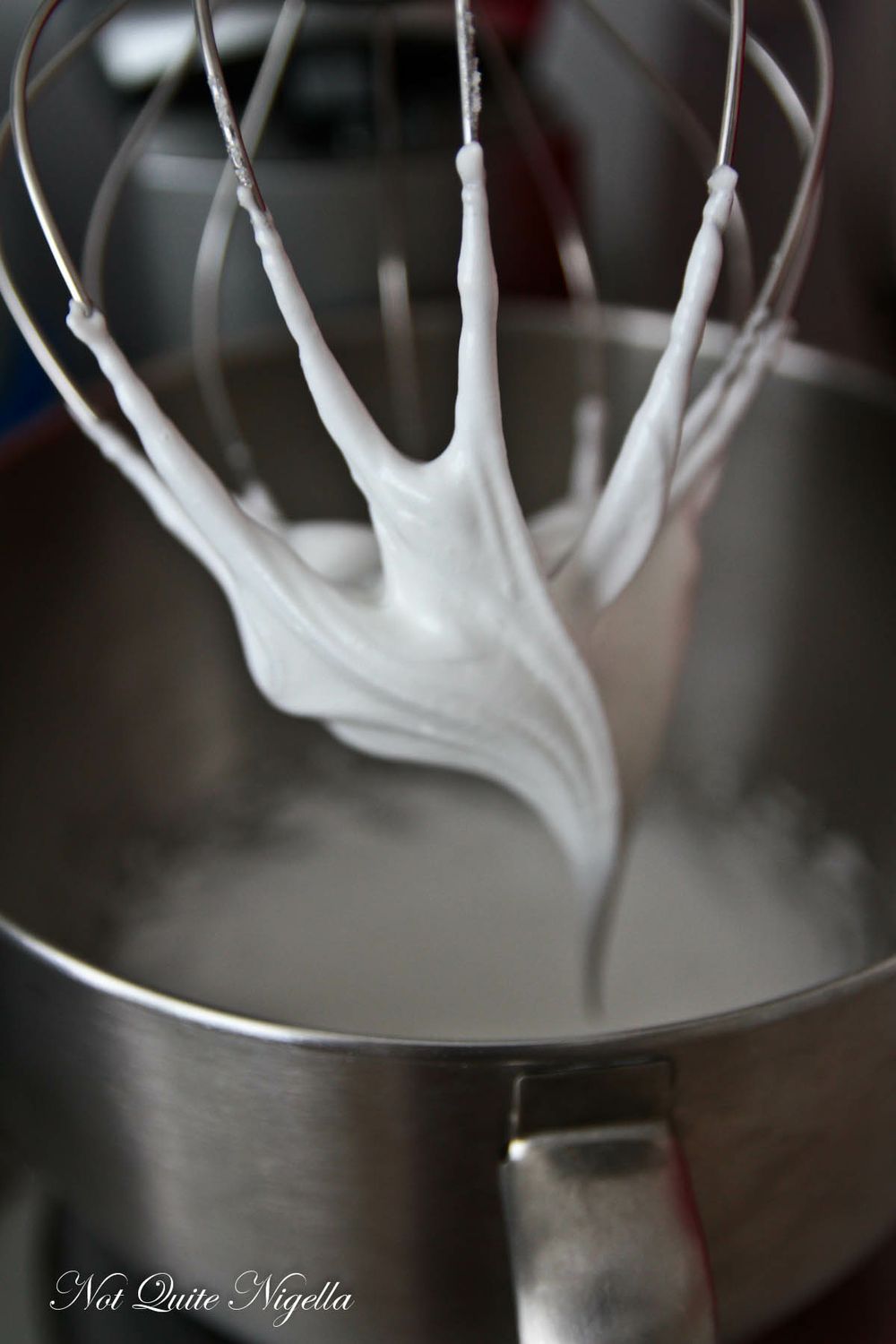 Step 2 - Whip the egg whites and cream of tartar until foamy and then add the sugar one tablespoon at a time until thick and glossy. It is ready when you can upturn the bowl without the meringue moving. 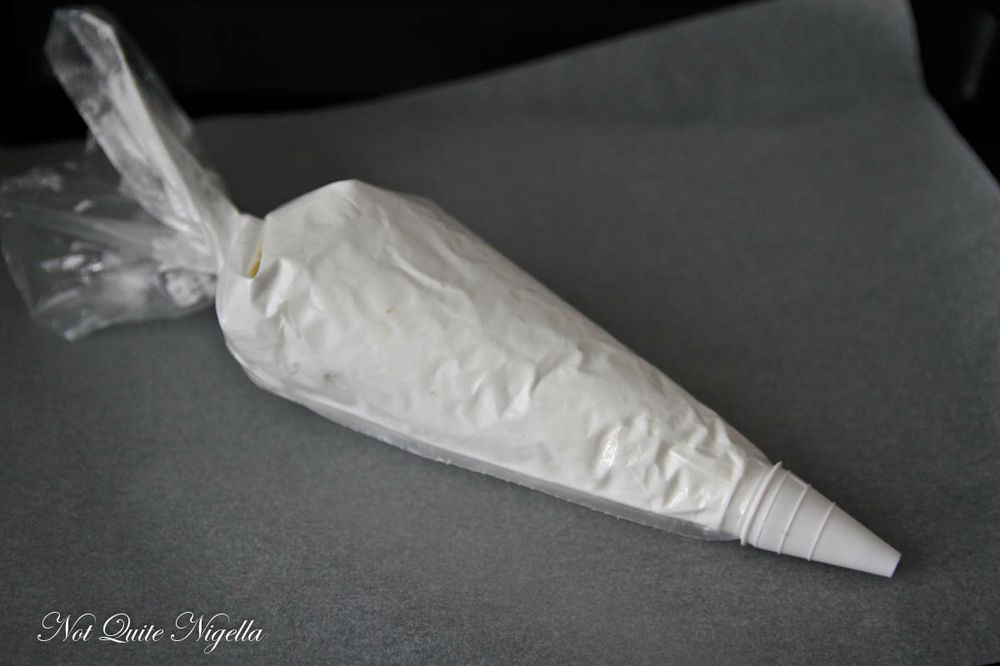 Step 3 - Pipe onto prepared trays and then using a teaspoon, sprinkle the meringues with the hundreds and thousands. Bake for 1 hour and then allow to cool in the oven. 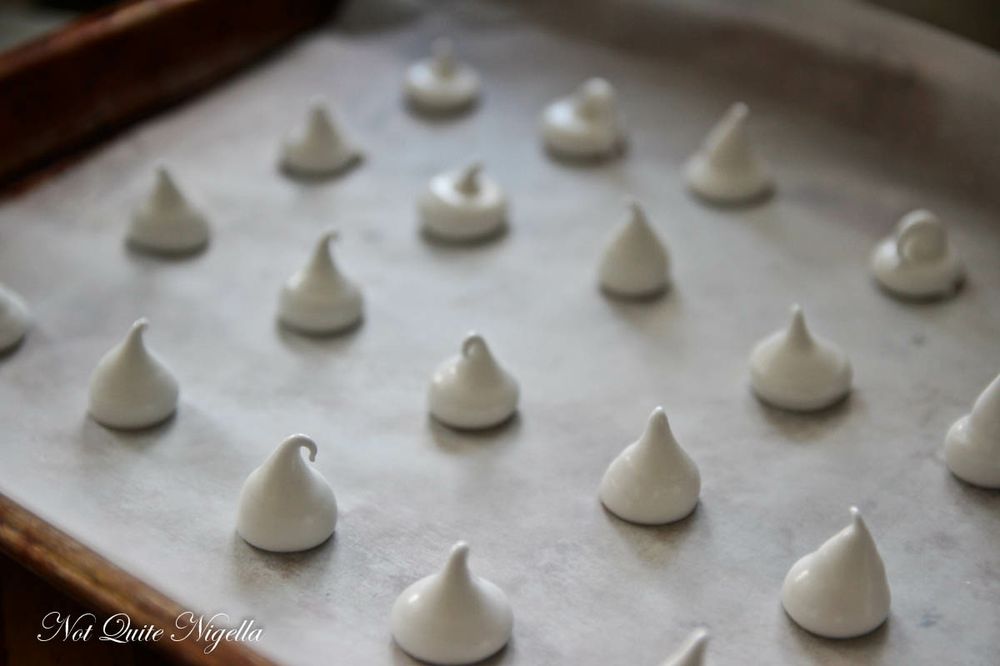