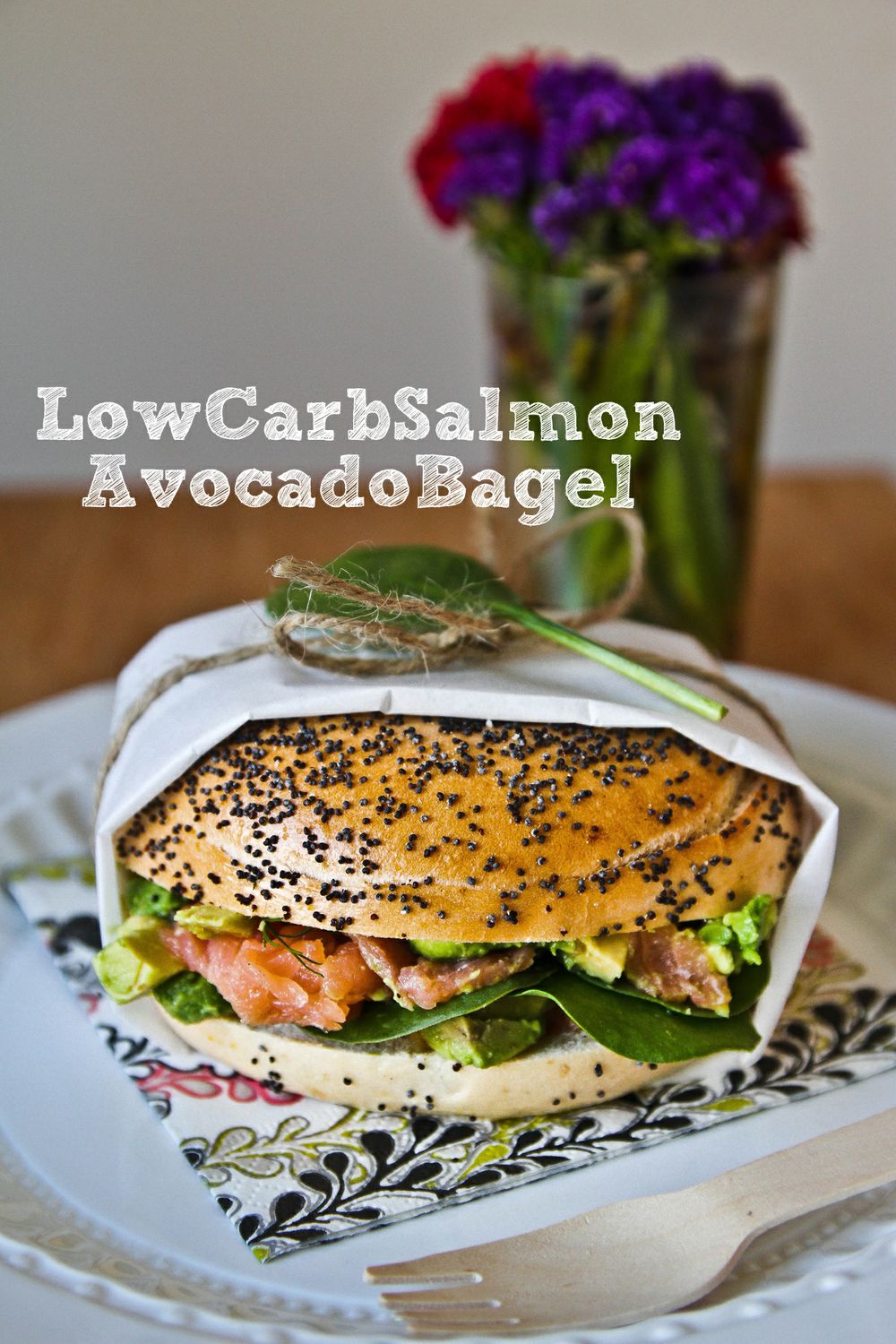 One of the risks of being addicted to trashy magazines is not knowing when the stories are true or false. I'm sure that some celebrities read the magazines with a mixture of amusement and outrage. One week it's stars without makeup, the next one it's when they're too thin and the week after that it's when they are too fat. I once read that the famously svelte Jennifer Aniston used to eat Cobb Salad and hollowed out bagels during her time on the television show Friends. I had no idea whether she actually did or didn't but one thing did stick with me: that it was a brilliant idea.

Bagels can often divide people. Get them a day late and they turn hard and less than appealing but get one fresh and you may happily devour it. They are dense though and that's often the complaint of those that don't like them. So one way to get around this is to pull out the dense stuffing (use it for breadcrumbs) and then fill it with salad or your favourite bagel filling. For me, I love smoked salmon and avocado. Others may like pastrami and cheese or even a sweet bagel filling. This is barely a recipe yet I wanted to share the idea with you in case you were looking for something a little less heavy that was still full of flavour for the weekend.

So tell me Dear Reader, are you as addicted to trashy magazines as I am? And do you believe the stories in them? 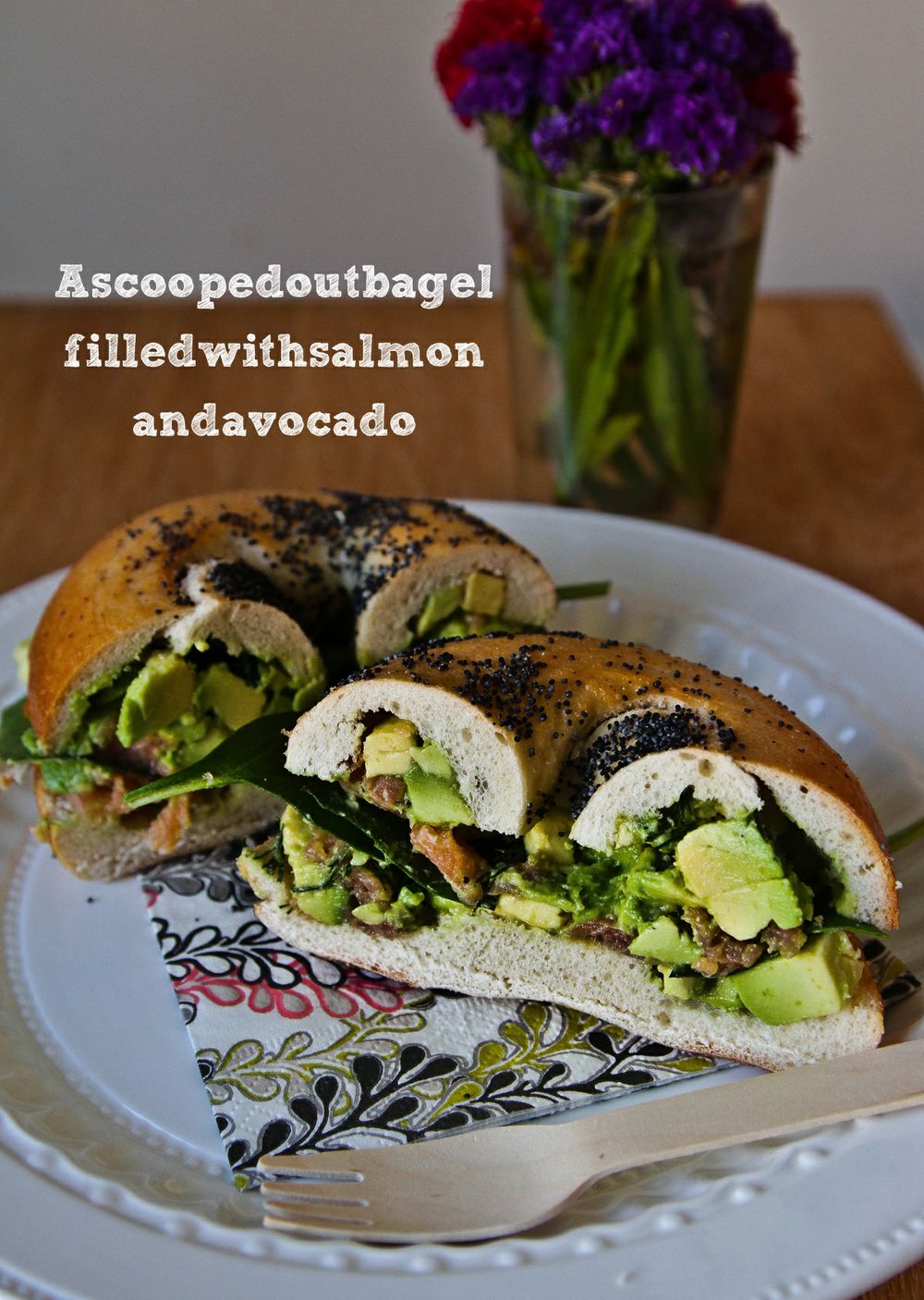 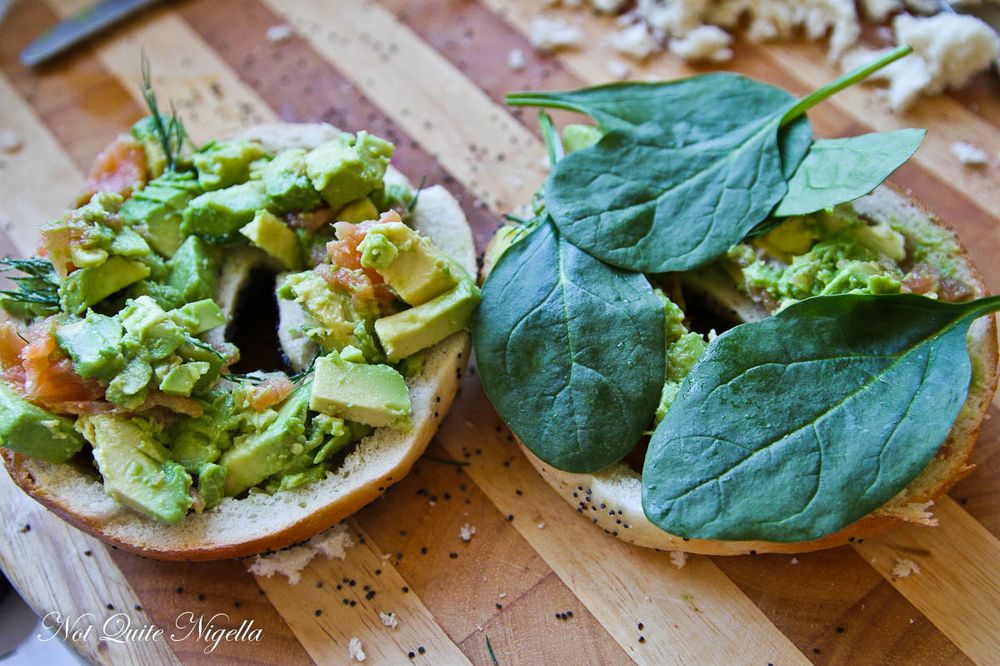 Step 1 - Slice bagel in half horizontally and remove as much of the bread filling as possible -the more the better (you can save the extra bread for breadcrumbs). Toast lightly. Fill with a chopped up mixture of smoked salmon, diced avocado and dill and cover with a few baby spinach leaves. 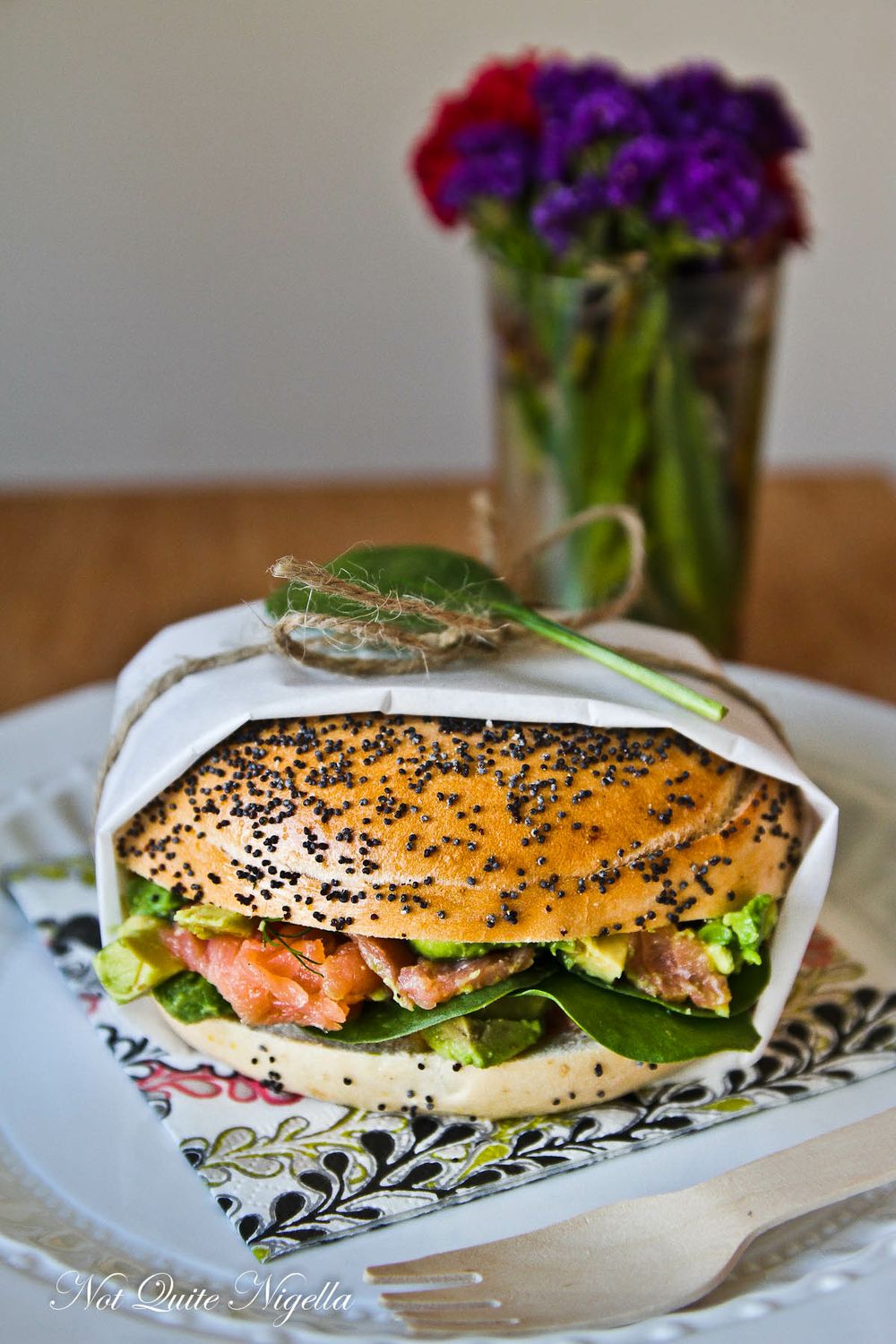