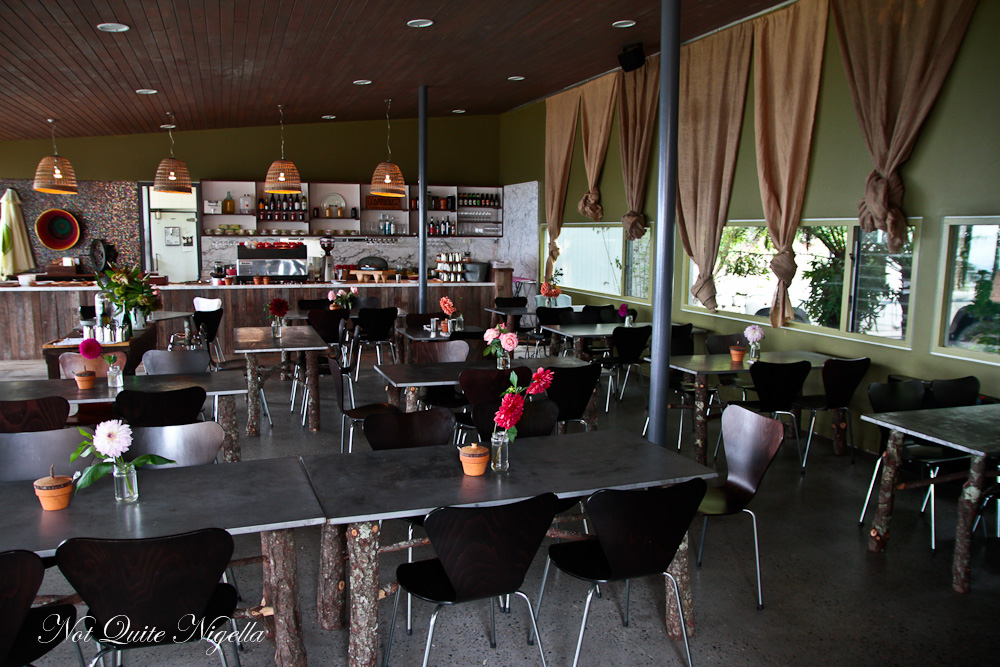 There are some locations that cry out for a chef. They may serve modest fare, decent fare even, but they are situated in such a pretty setting that sometimes you wish a fantastic chef would take the reins of them and transform them into a food destination. 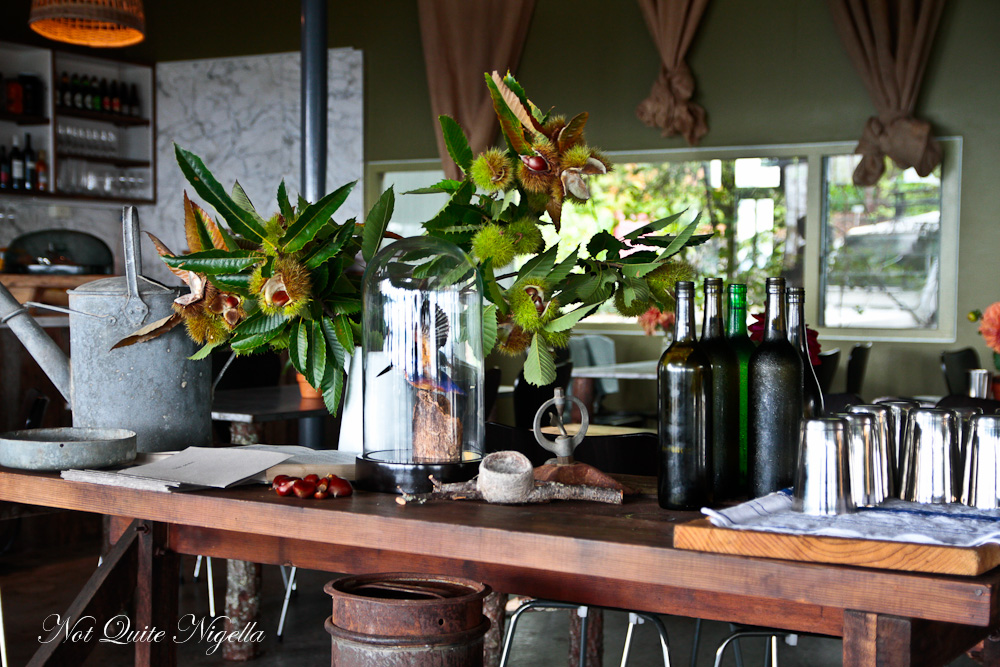 That's what happened to Tomah Gardens in the Mount Tomah Botanic Gardens. Chef Sean Moran from Bondi's Sean's Panorama has always had a history with the area. His nearby farm has supplied the restaurant with produce and only a few months ago, he took over the Tomah Gardens restaurant. It is open from 10am-4pm every day for morning tea, lunch and afternoon tea. 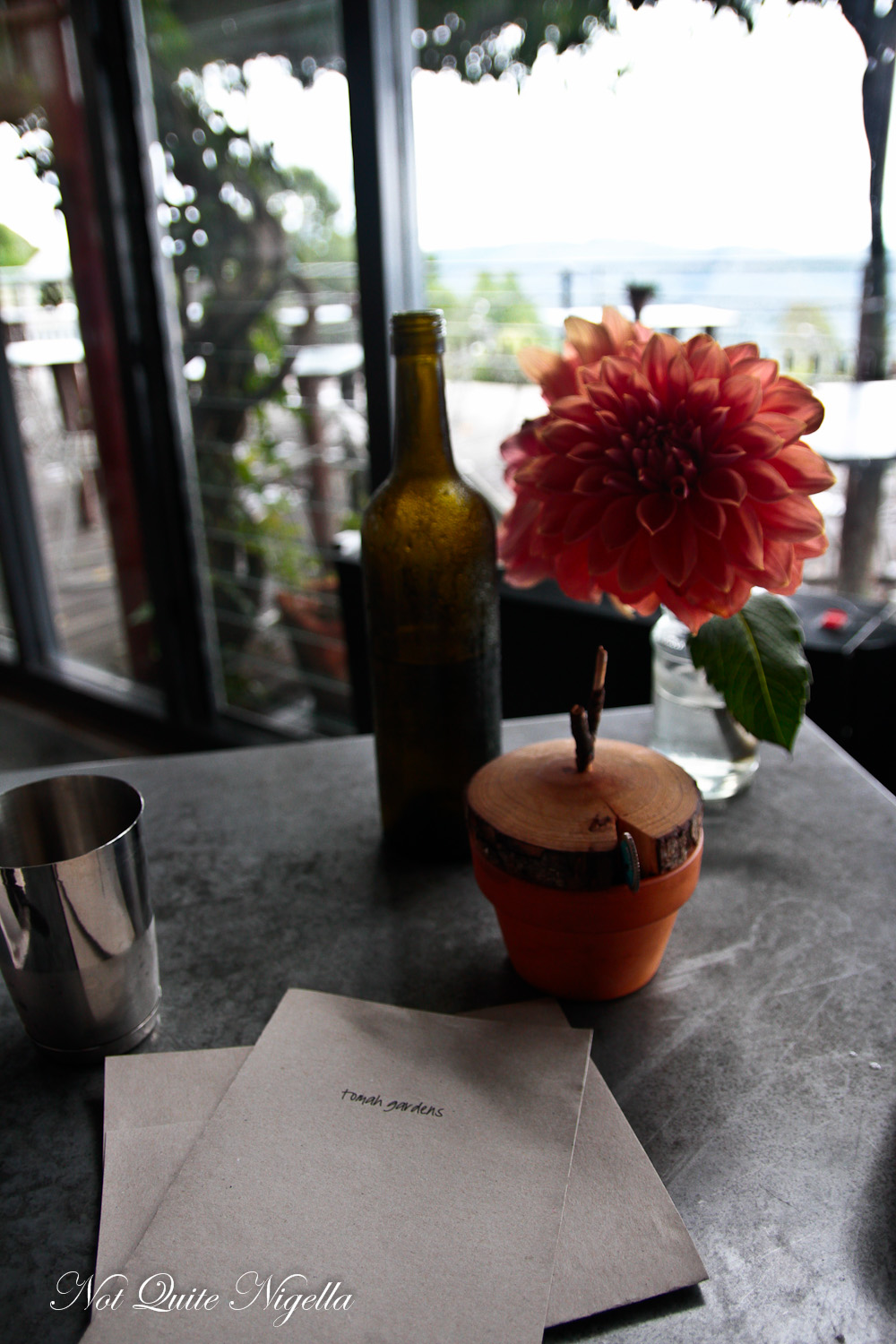 It was a recommendation from our hosts at Sangoma Retreat which is about 30 kilometres from where we're staying at Bowen Mountains. On the drive we pass by areas called Ghost Hill Road and Mount Tootie and there are signs for alpacas and sheep for sale. Black faced sheep graze on the grass in lush green paddocks.

We have a booking although plenty of people seem to arrive without a booking such is the nature of the gardens. The decor has changed from my last visit - it has modernised yet remains sympathetic to the surrounds. The view is spectacular today facing North and the cloud has lifted. Two women sit at a table for four facing out at the view and occasionally exchanging a comment while they eat. 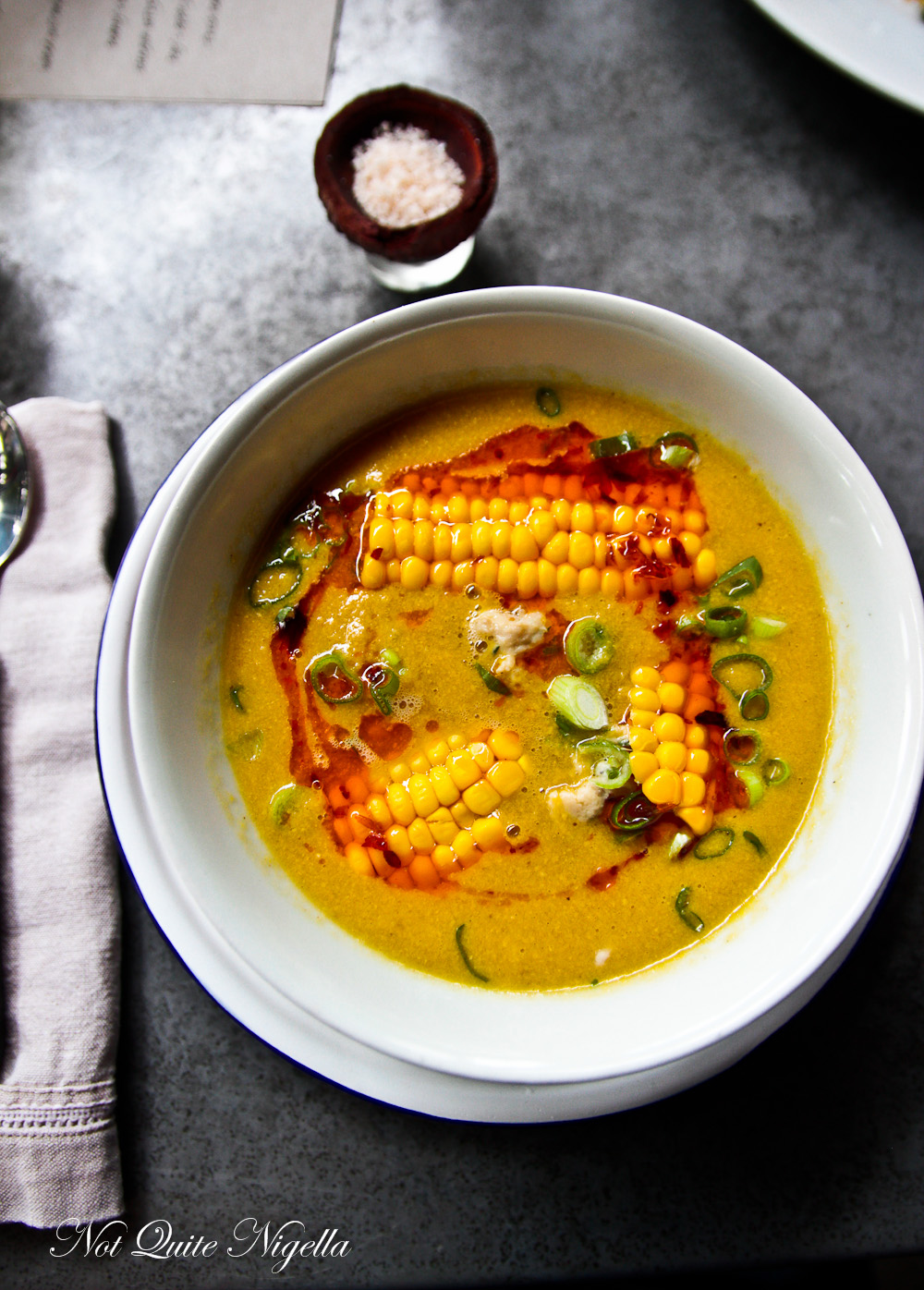 Because of the elevation, it's a little chillier than normal so items like soup appeal to me greatly. I'm not disappointed at all, the soup is rich and creamy without having a lot of cream in it. It tastes like fresh corn with a hit of cumin. The shaved corn kernels give the soup texture along with the three round succulent chicken dumplings. 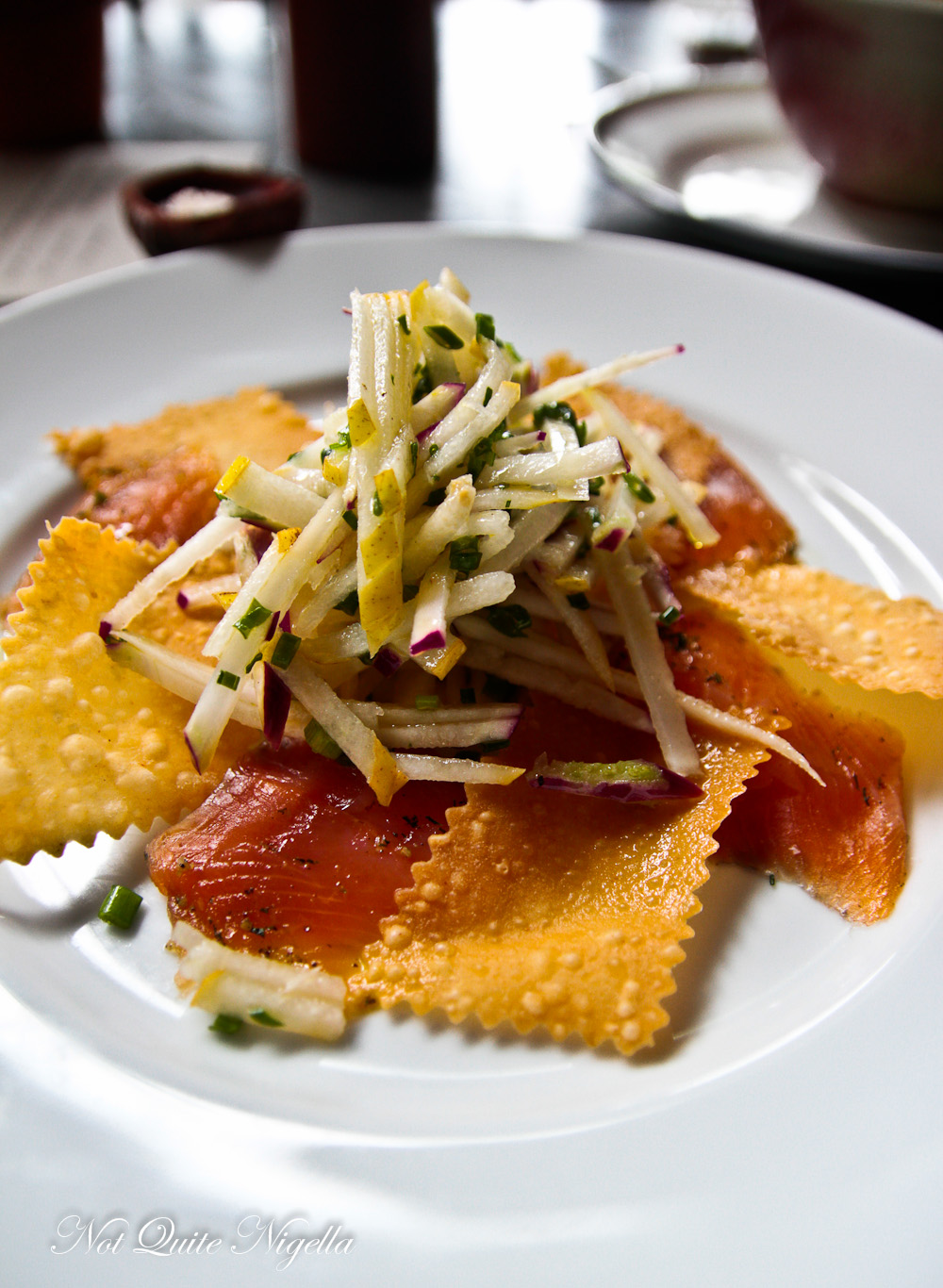 The salad features dill and salt cured rainbow trout leaves and a matchstick salad of kohlrabi and pear which give it freshness and crunch. The water crackers are deep fried paper thin pieces of dough. Alas the fingerlimes which were supposed to be on there were forgotten and I feel like the salad could have used this element. We didn't notice this until we had finished. 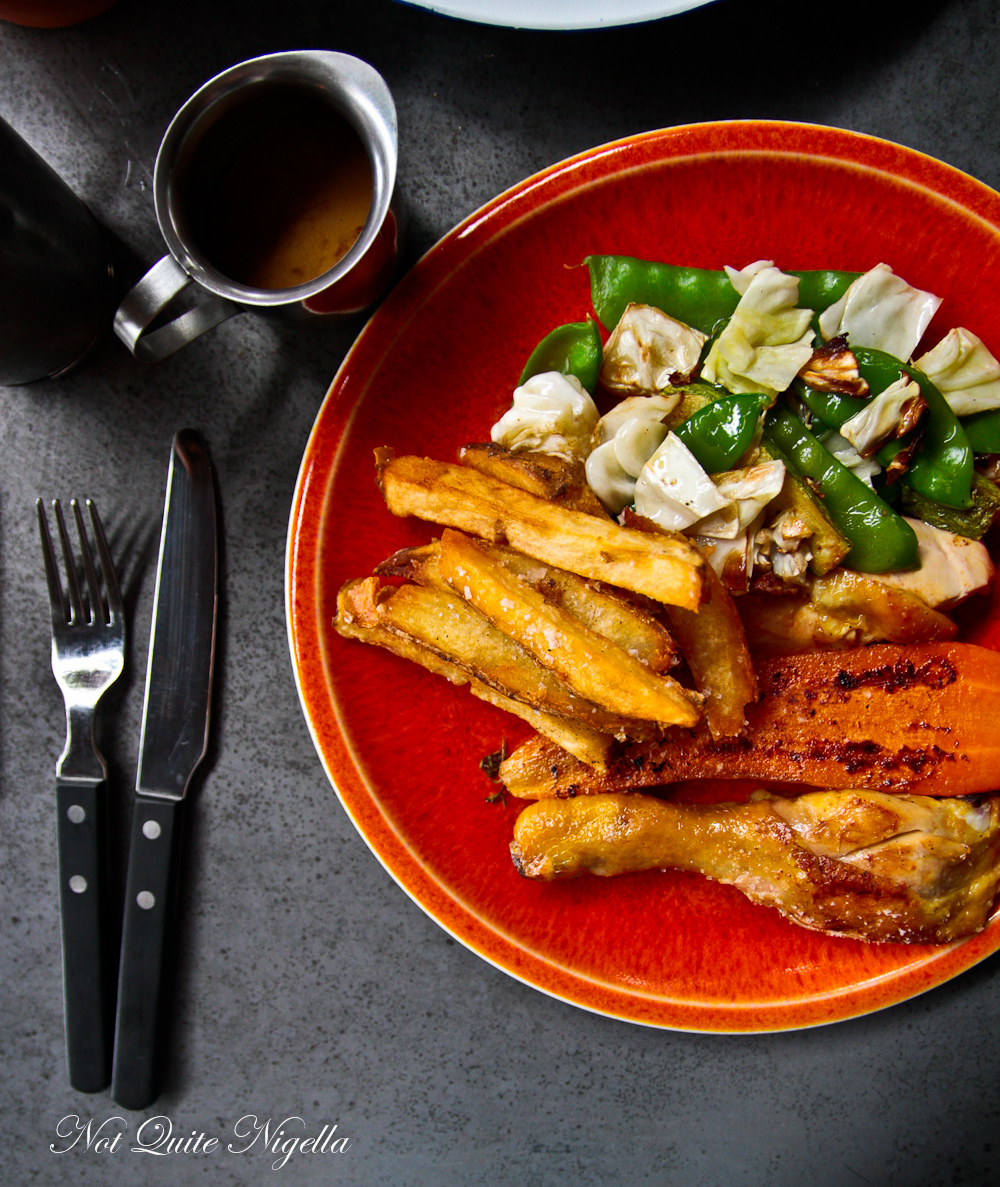 Moran was always known for his chicken, called "chook" on the menu. Presented on a striking orange retro style plate, it's two pieces of succulent chicken served with half a roasted carrot split lengthways, super crunchy hand cut chips and a sweet salad with snow peas and cabbage. A small pot of delicious gravy completes his version of a "roast meal" and it's very popular as we see many diners order this along with the scones. 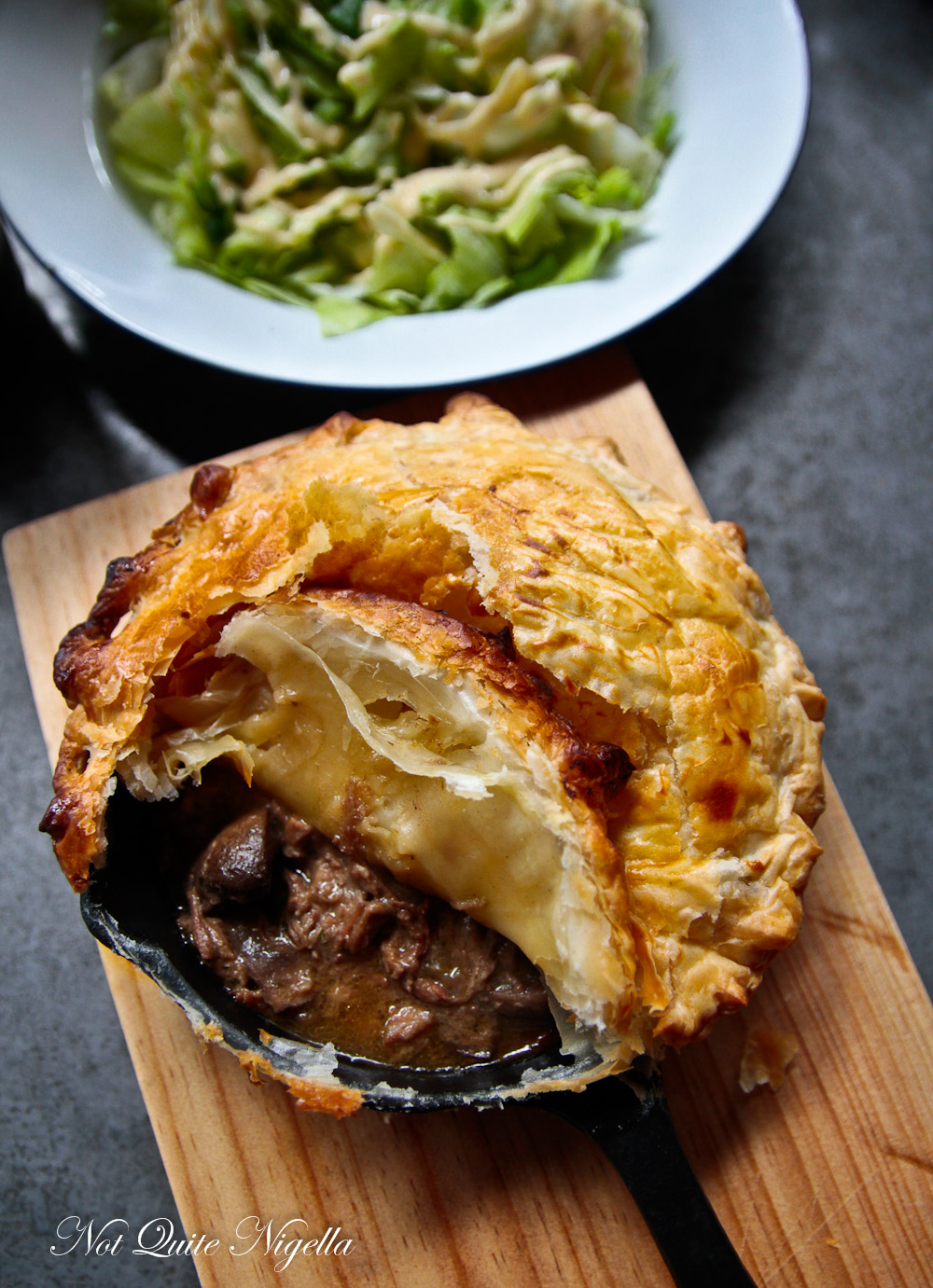 Again the cooler weather meant that we gravitated towards the richer offerings. I lift the puff pastry lid on the pie and smoke curls out from the inside of the pie. The beef brisket and mushroom pie is full of soft, saucy meat and juicy mushrooms. We have difficulty finishing it off given the large portion size (the enormous breakfast at Sangoma didn't help matters either but nobody's complaining). The salad is a simple iceberg and shallot salad dressed with what tastes like house made olive oil mayonnaise. 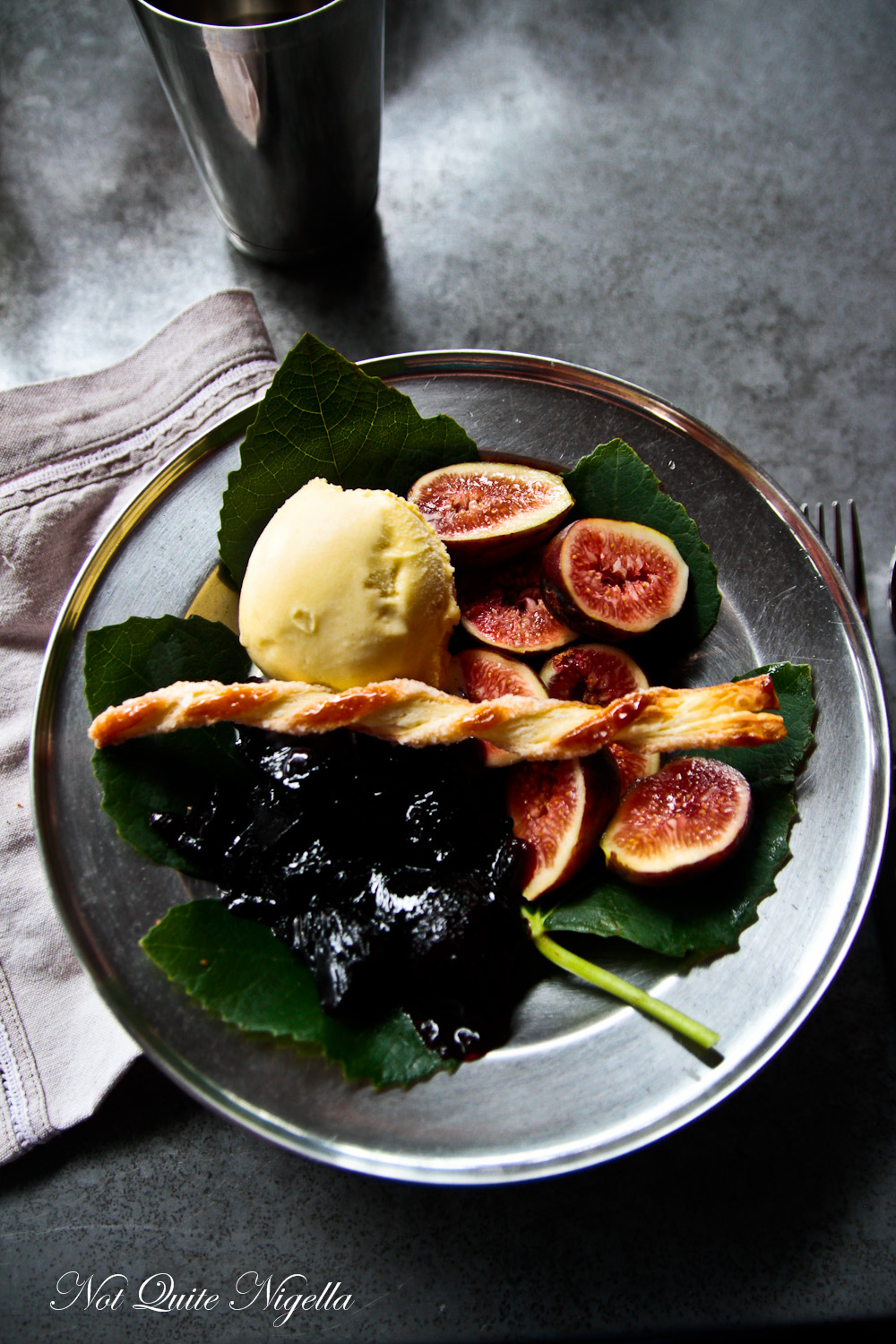 With only enough room to share one dessert it was a toss up because the desserts do sound good. They're also made to be served for morning or afternoon tea and it's with difficulty that we bypass the scones and are tempted by the fresh fig dessert. Beautifully presented on a fig leaf, it is three fresh figs sliced in half and served with a peach leaf ice cream. Despite the fact that the ice cream has a peach-ish hue on it, it doesn't actually taste like peaches at all, in fact it tastes like almond. The blackberry jelly is also made with local blackberries and it's sweet but not overly so. 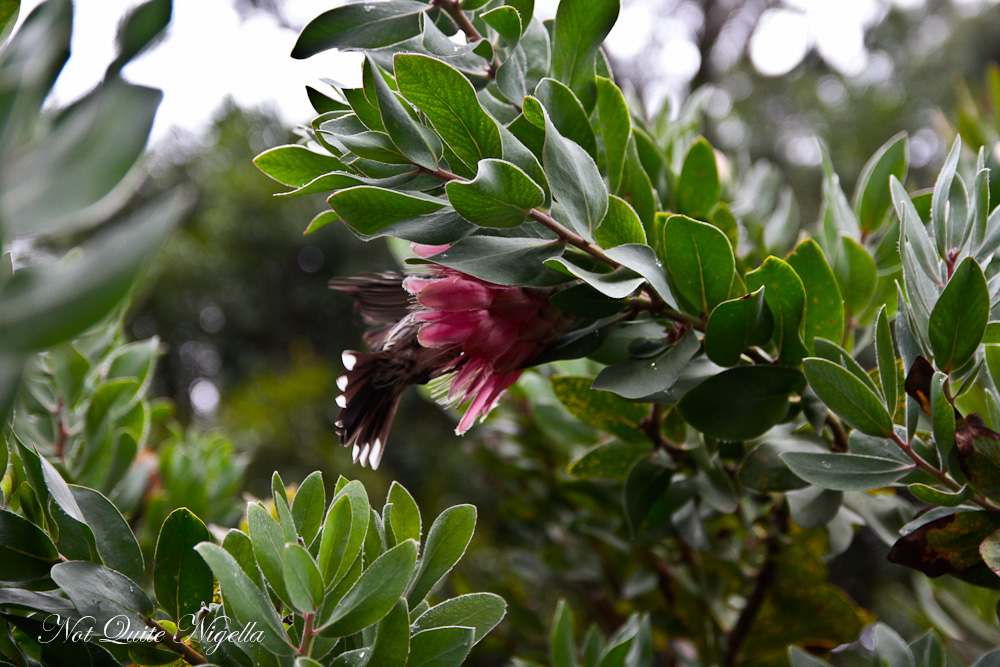 We take a stroll around the gardens after lunch-eating there gives you free entry to the gardens. Our brother in law, The Banksia Man used to work here and it's an expansive cold weather terraced garden with plenty of variety of flowers. The rain starts to fall and we make our way back to our retreat.

So tell me Dear Reader, how important is a view to you when dining out? When you book, do you ask for a table with a view if you know that a restaurant has them? 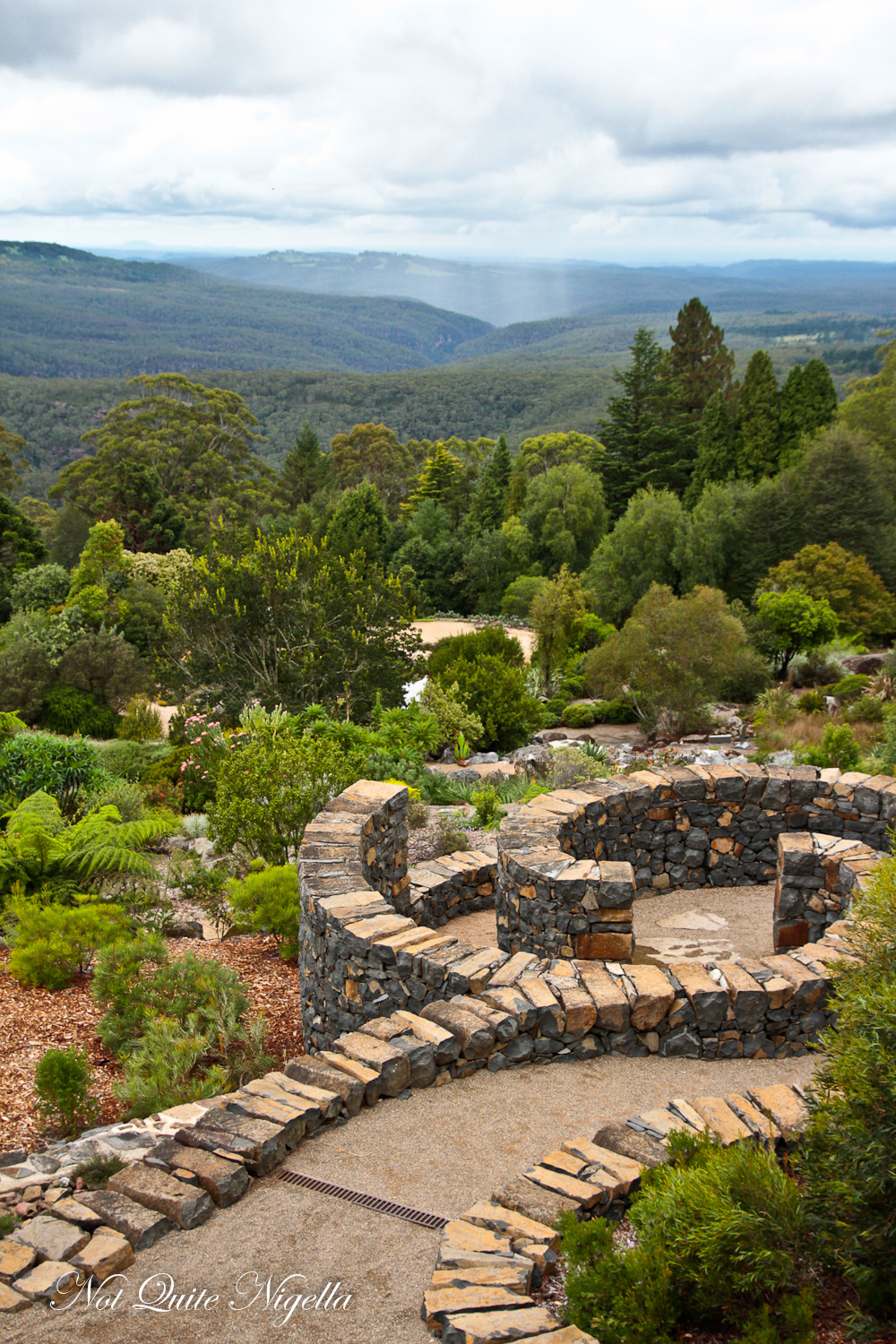 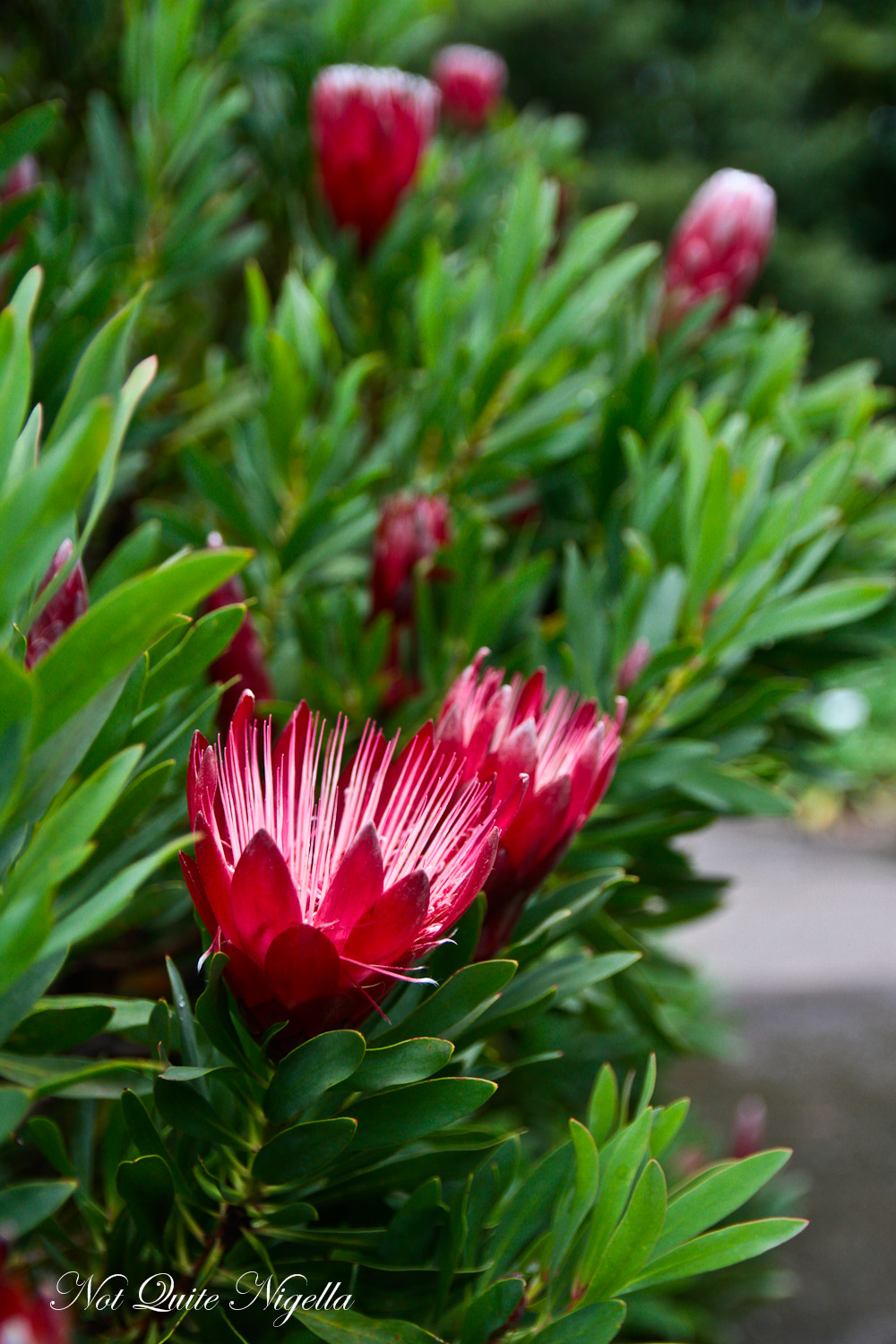