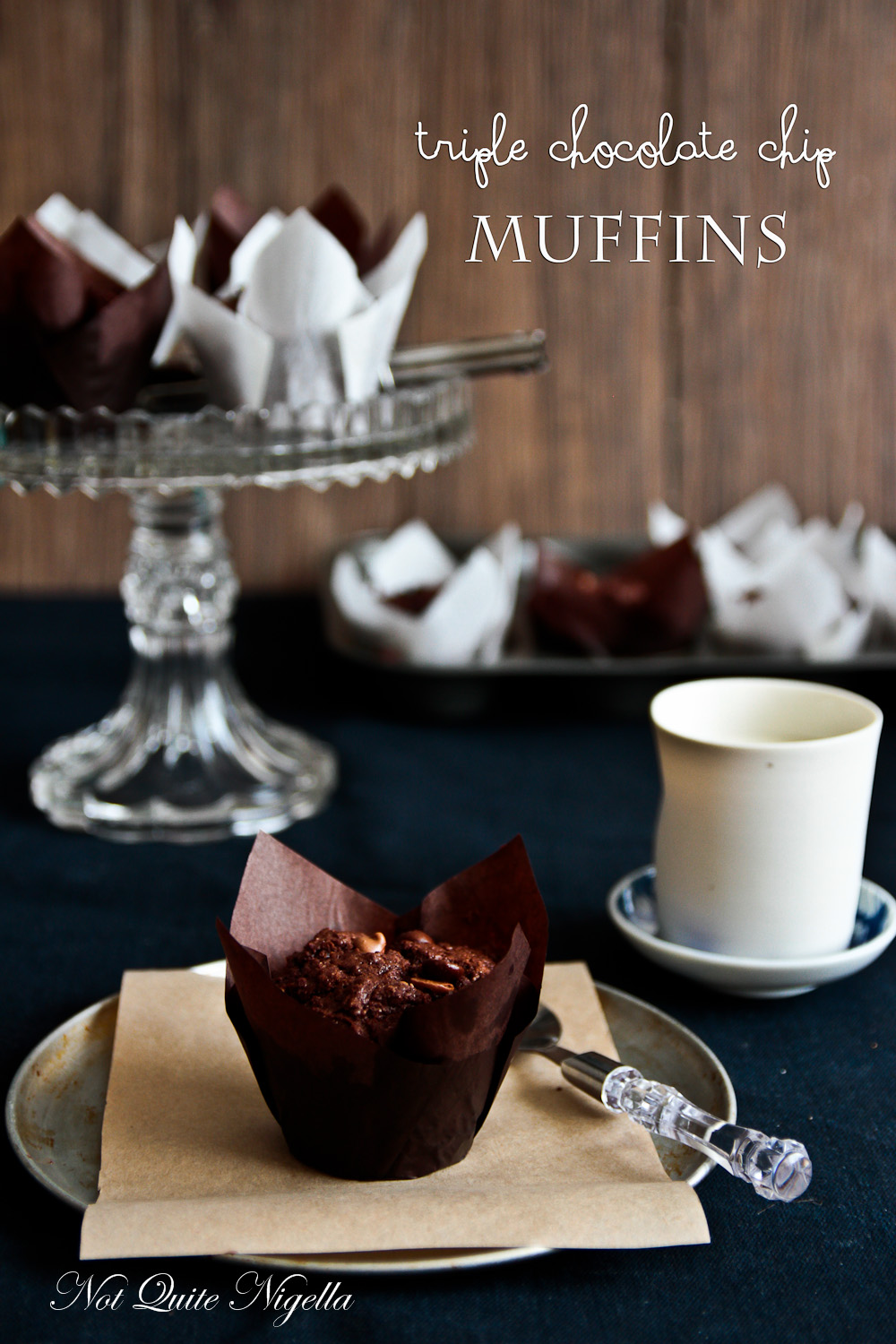 Our friend Nick is a hilarious guy. Heart yearningly single, to the point of almost being the male Bridget Jones (the single part, not the giant underpants part), we try and do our best to guide him in the right direction to find true love.

Belinda and I treat him like a younger brother as neither of us have a brother and he has no sisters. Being his sister involves speaking frankly to him about his taste for twenty somethings, Snapchat and instagram goddesses. These discussions are always punctuated by us throwing our hands up in the air and yelling "Oh my god, Nick, really?!" He's always enormously entertaining and extremely good humoured. One time he told us with a straight face that he was "really, really good at dimming lights." 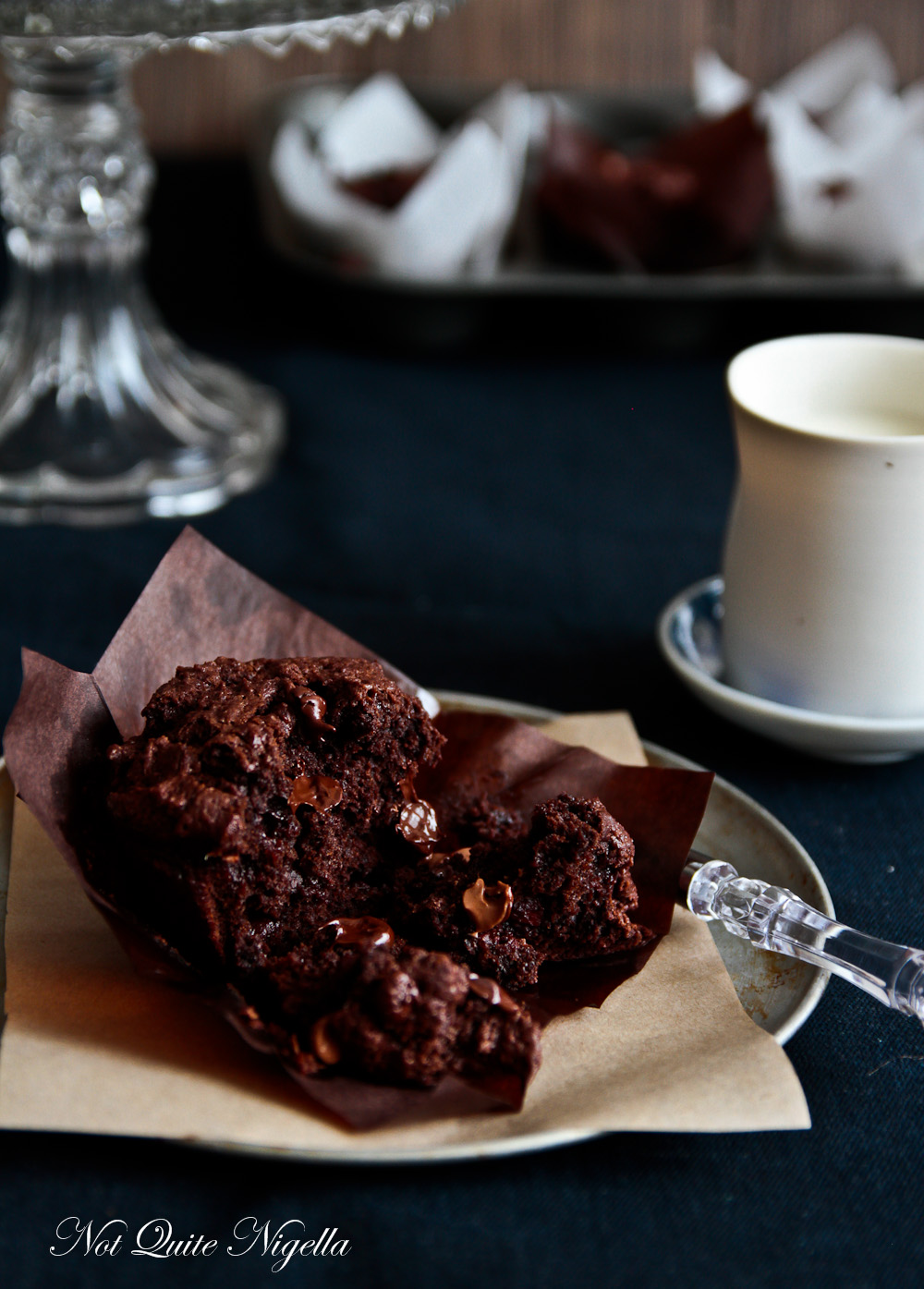 "Nick, that's not a marketable skill" I said to him. "People just do it."

But Nick continued to describe how he can dim a light switch like no other and that it takes a special sort of skill to do it just right. On and on he went describing it to the point where his "sisters" we were doubled over with laughter. He detailed how the mood during Powerpoint presentations at work was affected by his "mad skillz". I now know what it's like to have the brother I always wanted. 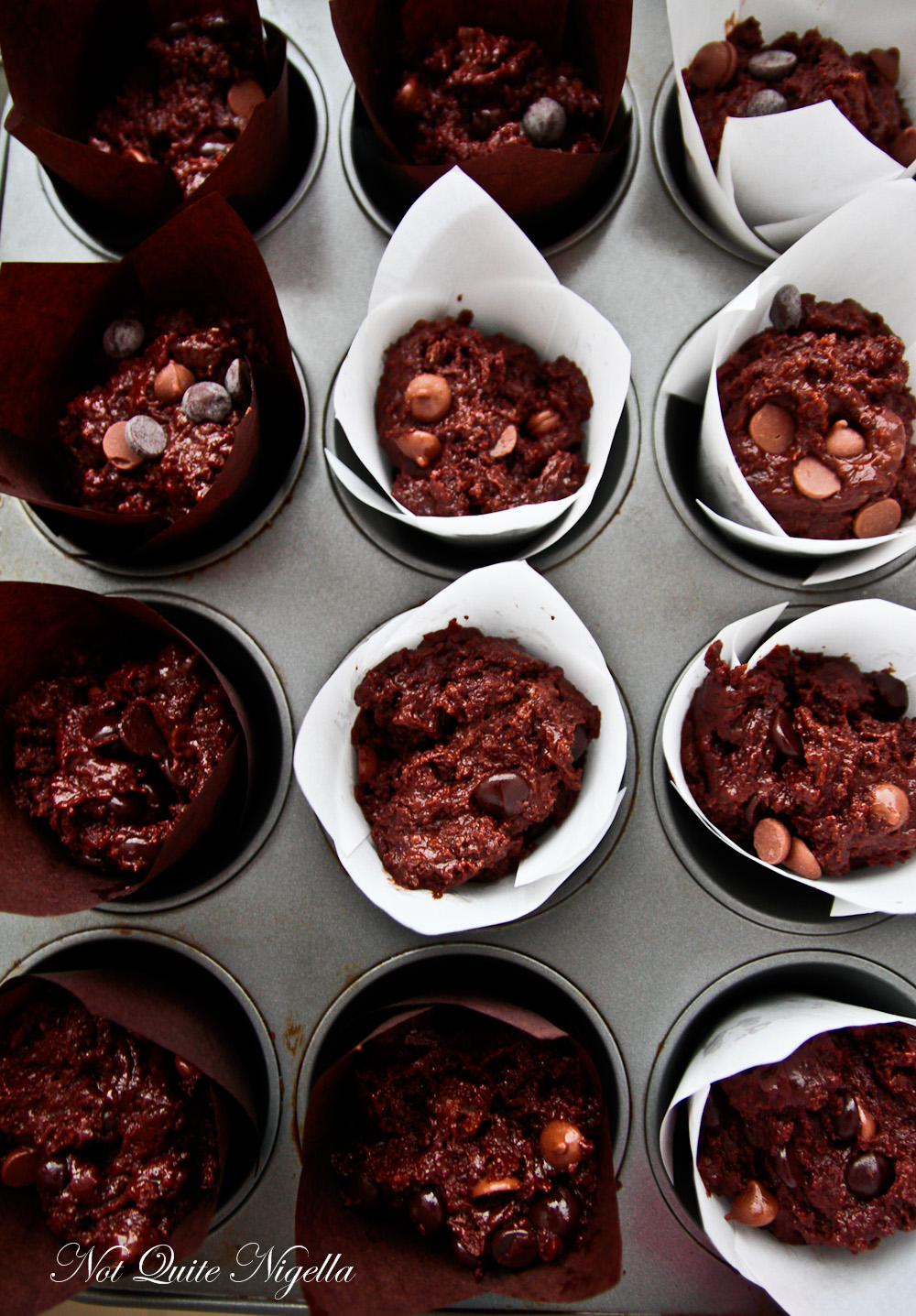 I'm not even really a muffin eater (I like icing way too much). But Maureen's pics and description convinced me otherwise and the rainy weather signalling Autumn pushed me into the kitchen. I adapted these to add Coke and more chocolate and they were a cinch. I loved these warm from the oven with a glass of milk. In fact I ate three muffins which goes to prove that you're never too old to change your opinion on a food. I will warn you that these are not for those on a diet mainly because they are so densely moreish and chocoatey when warm and cold. They're wonderfully good - rich, dark and so very handsome. Which I should think would appeal to both genders in a muffin! Plus you can use up any leftover Easter eggs or chocolate that you might have.

So tell me Dear Reader, are you single or do you have any single female friends for Nick? He loves expensive watches, weddings and watching a red carpet telecast. They must love food and be able to put up with two well meaning but opinionated "sisters"! :) And have you ever changed your mind later in life about a food? 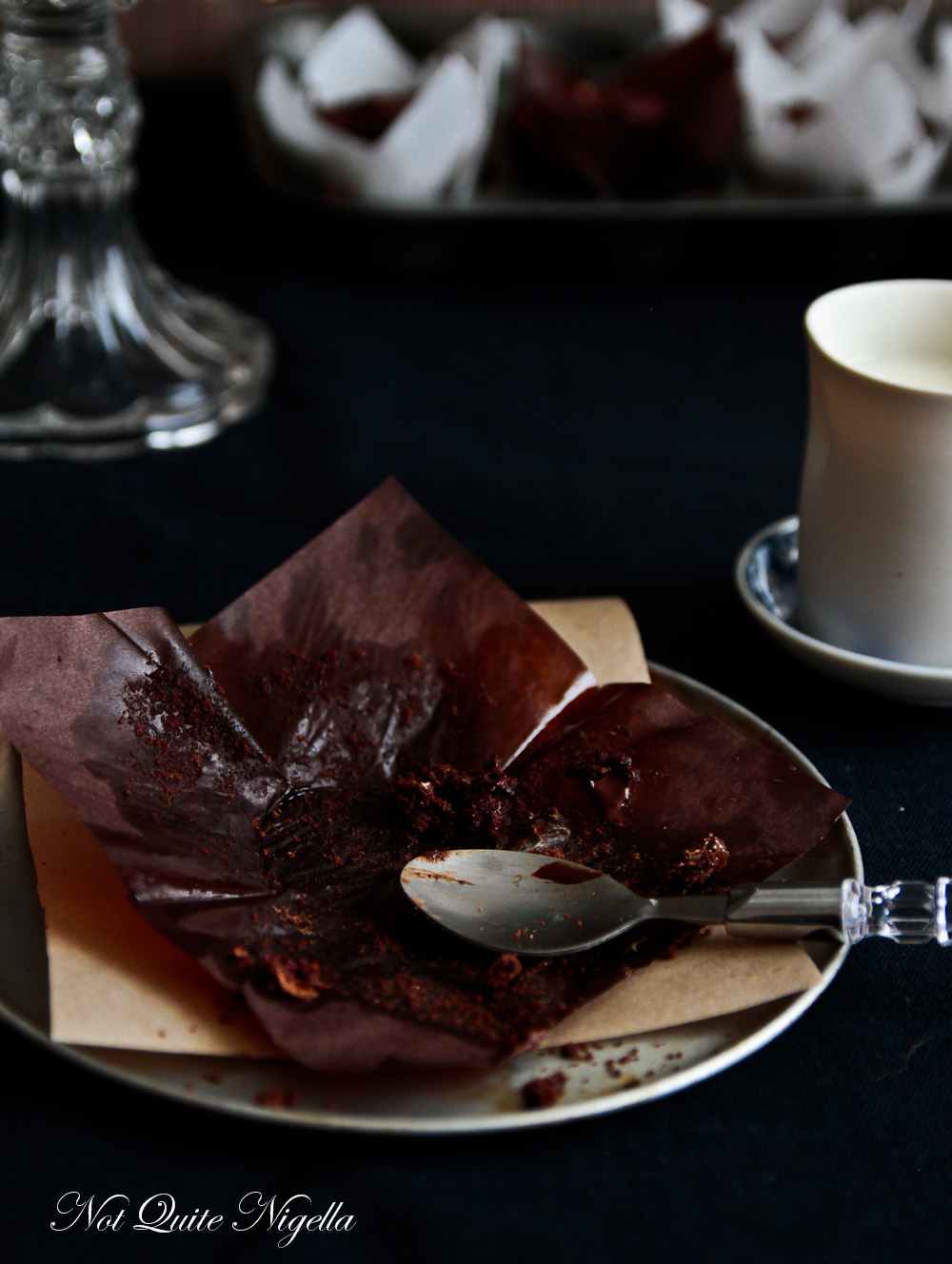 Step 1 - Preheat oven to 160C/320F. Line a muffin tray with liners or spray the holes with non stick spray.

Step 2 - Whisk the flour, sugar, cocoa powder and salt together until combined well. In a measuring jug, measure out the cola, vegetable oil and vanilla and then whisk the eggs in. 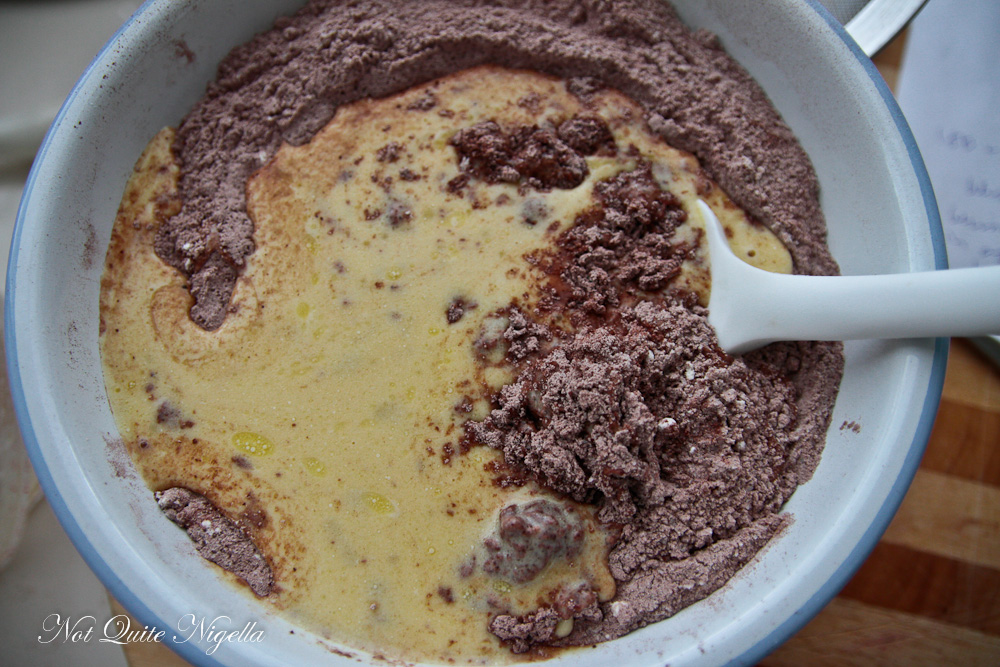 Step 3 - Make a well in the centre and pour in the wet mixture along with the chocolate chips. Do not overstir - stop as soon as the mixture comes together. Not to sound overly dramatic but overmixing is the death of a light, fluffy muffin. Okay that did sound very dramatic didn't it? 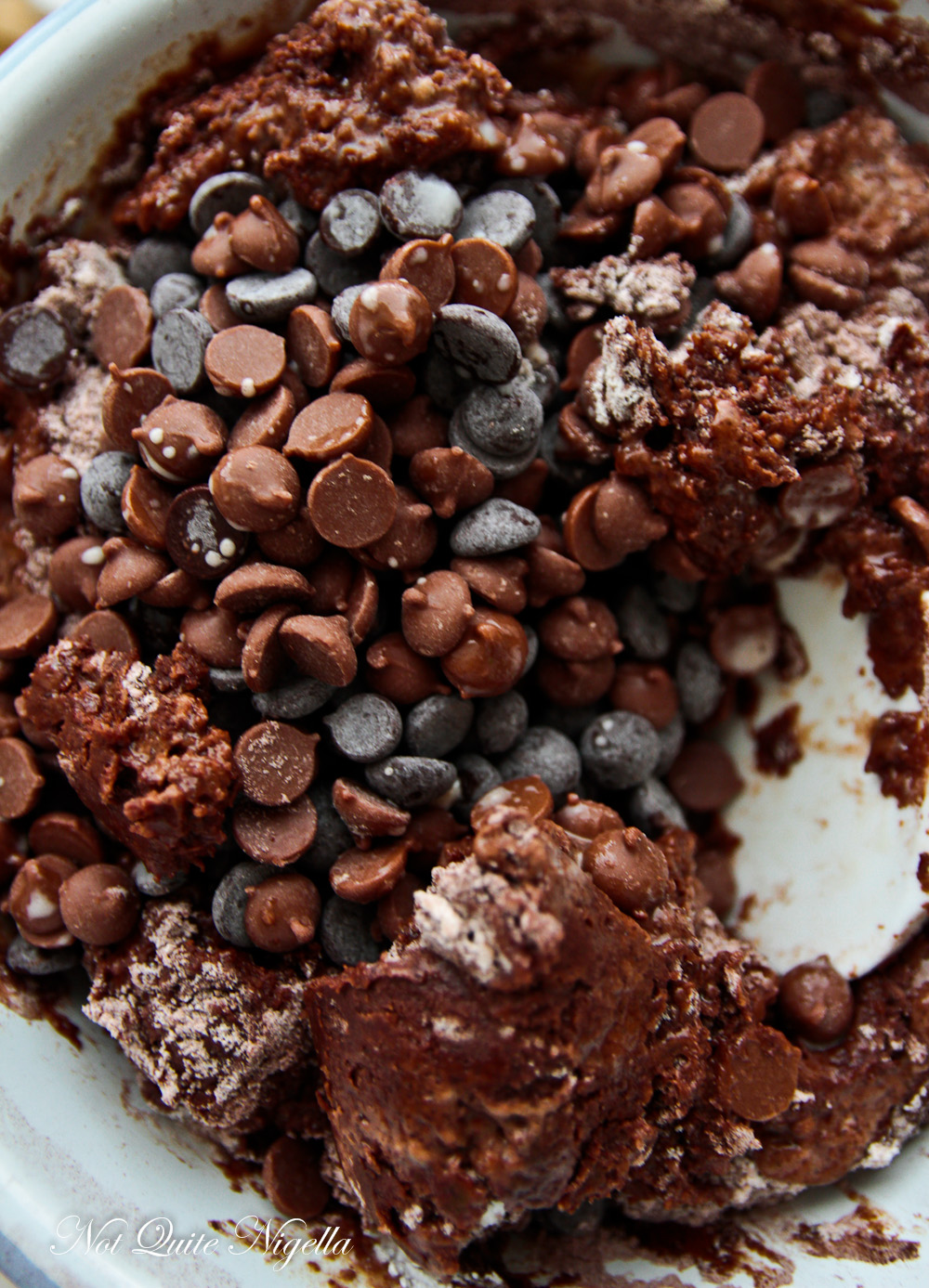 Step 4 - Using two tablespoons, scoop the batter into the prepared liners. Bake for 23-25 minutes-I like to take them out just before they're completely dry so that they're a bit gooey in the centre. I don't mean to sound strange with the 23 minute thing but I found that they were gooey but not runny in the centre at 23 minutes.