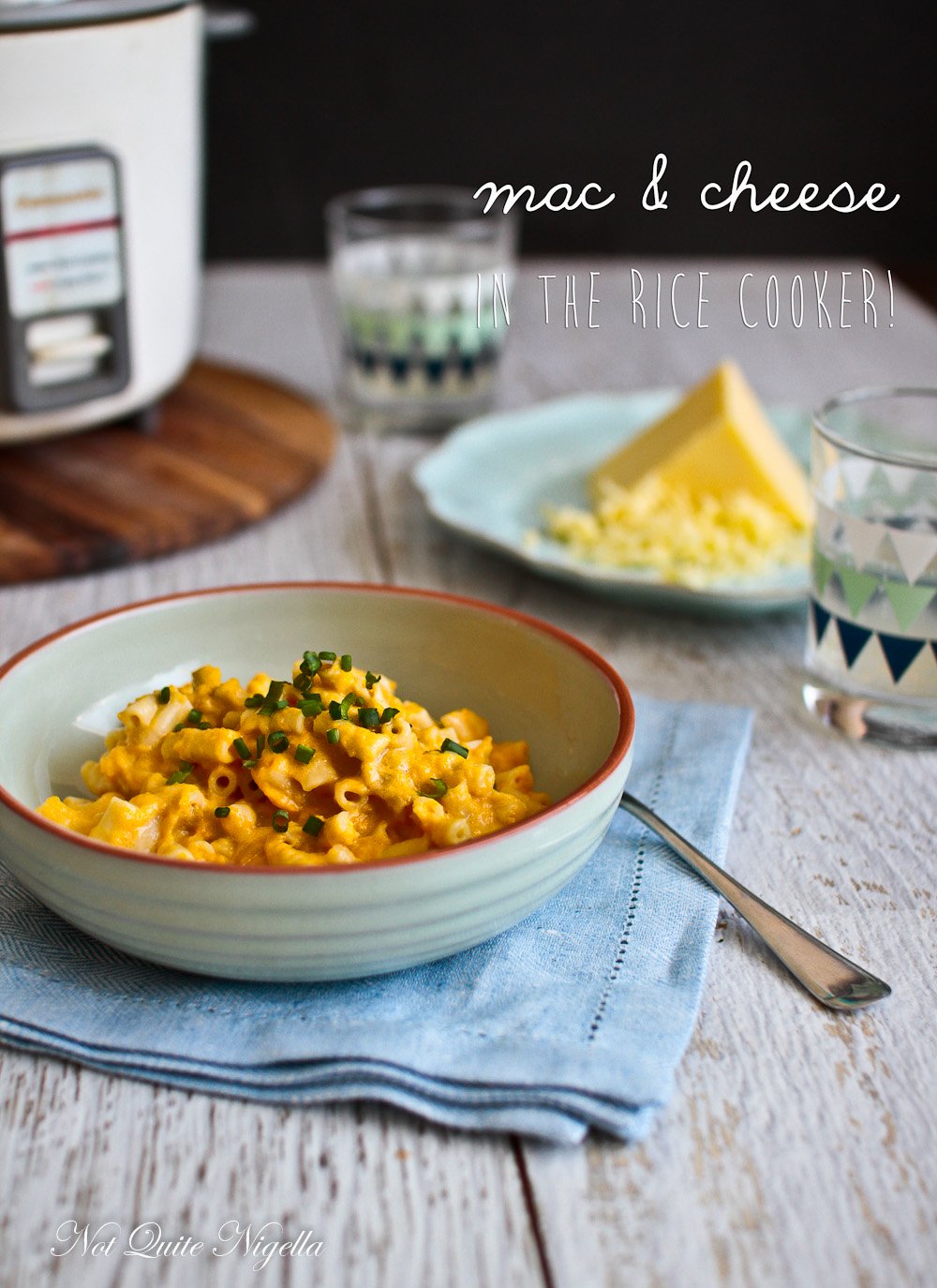 This is one of the easiest set and forget recipes that you can make with your rice cooker! But fear not if you don't have a rice cooker, this can also be done on a stovetop. This is truly a one pot meal where pumpkin is blended in to add goodness to this simple mac and cheese.

I am a bit nervous in a room full of strangers. I tend to sit back and watch everyone from a corner wondering if I look as if I am the most awkward person hoping that someone looks friendly enough to talk to. But sometimes at parties you encounter some nice, chatty people that you can easily talk to. I was at a baby shower recently when I met two guys: Fred and Issa.

"We're the token gays!" they said introducing themselves to me. Me and gay people? We are like that crosses fingers. Well not everyone but like the rest of the human race, they are not all the same but generally if I come across someone that happens to be gay, we will talk and we will not stop talking.

We talked about food and then Elly started to open up her gifts. Fred moved his chair to sit in front of her and he explained that it is de rigeur at Arab parties for the guests to "Ahhh" and "Ooooh" over gifts and that there are three tones, one for a good gift, one for a spectacular gift and one for a "nice effort but could do better" gift. Although they were the only two Arabic guests, everyone took his cue and before long there were ahhhhs and ooohs coming from everyone.

Can I tell you what makes me ooh and ahh at home? This mac and cheese. A Dear Reader @ssgblogger reminded me of an easy Chinese chicken recipe that I had made a while back with the rice cooker. It was Chinese chicken with everything done in the rice cooker. It was the ultimate easy meal where you put everything together and within 45 minutes there was dinner without you having to do anything between start and finish. 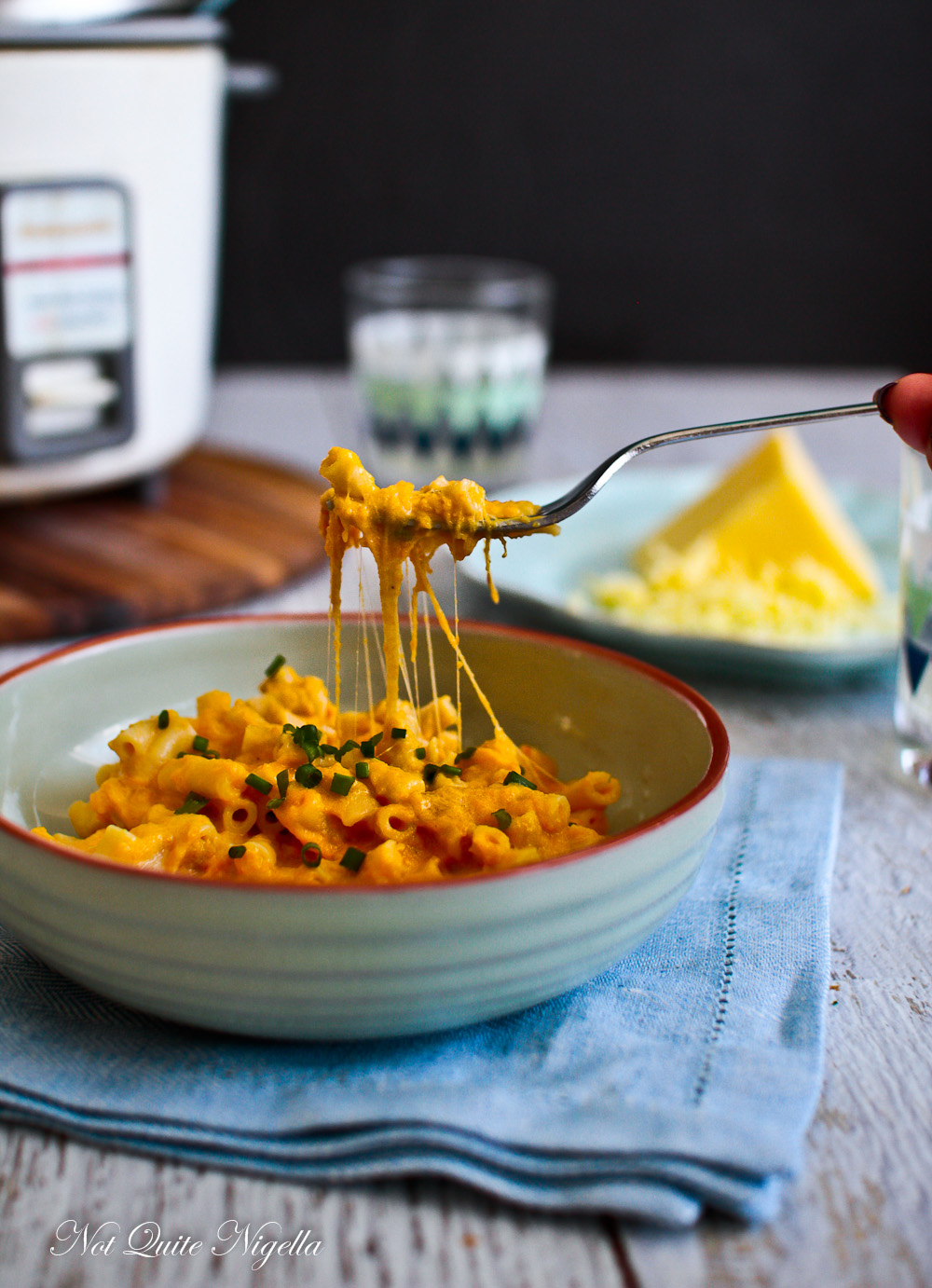 I decided to do another dish - mac and cheese in the rice cooker. Except this would be a true one pot meal because it would have vegetables in the mac and cheese too. Most American mac and cheese is a bit orange because the cheese is orange but the orange shade actually comes from roast pumpkin in this case!

In truth you do not need a rice cooker for this. It can be done on the stove top too. Just do it because this is so wonderfully tasty that I made it four times over two weeks testing it out with the stovetop and rice cooker. Mr NQN was more than happy to get it in his lunchbox and for dinner and I felt better that it had pumpkin in it so that it wasn't just pasta and cheese. Oh and the important bit? The cheese strings! There's no shortage of those! Ooh!! Ahhh!!!

So tell me Dear Reader, are you a gregarious person at parties? Is there a recipe that you've liked so much that you've made it a few times in a row? And what topic makes you ooh and ahh? 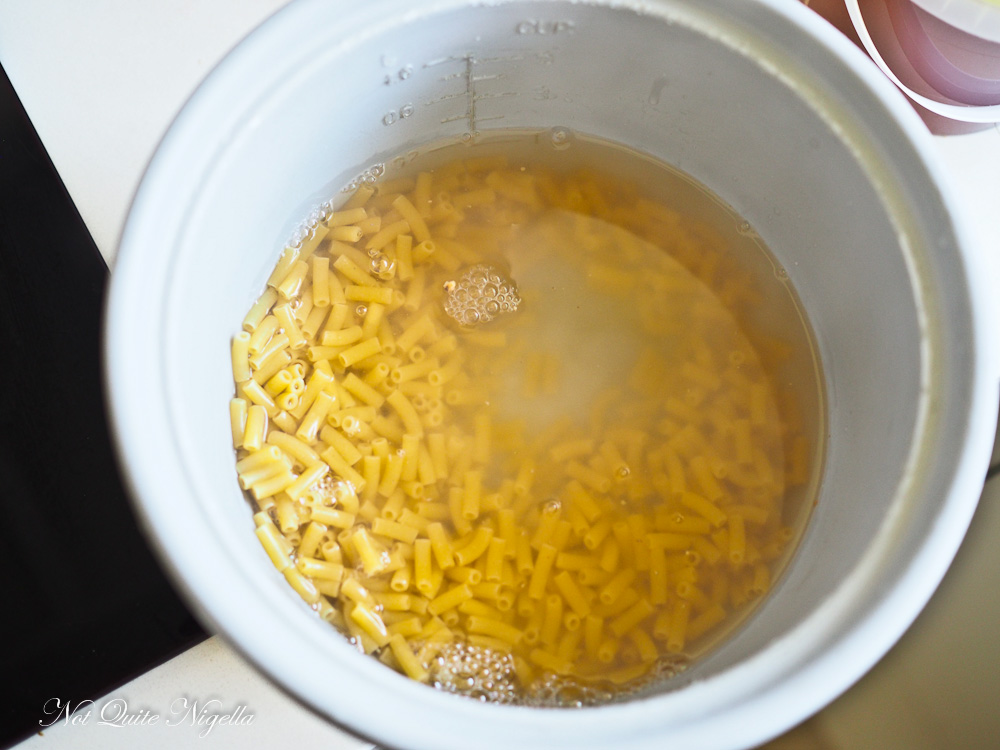 Step 1 - Place the pasta and stock in the rice cooker and cook until it switches to "keep warm". 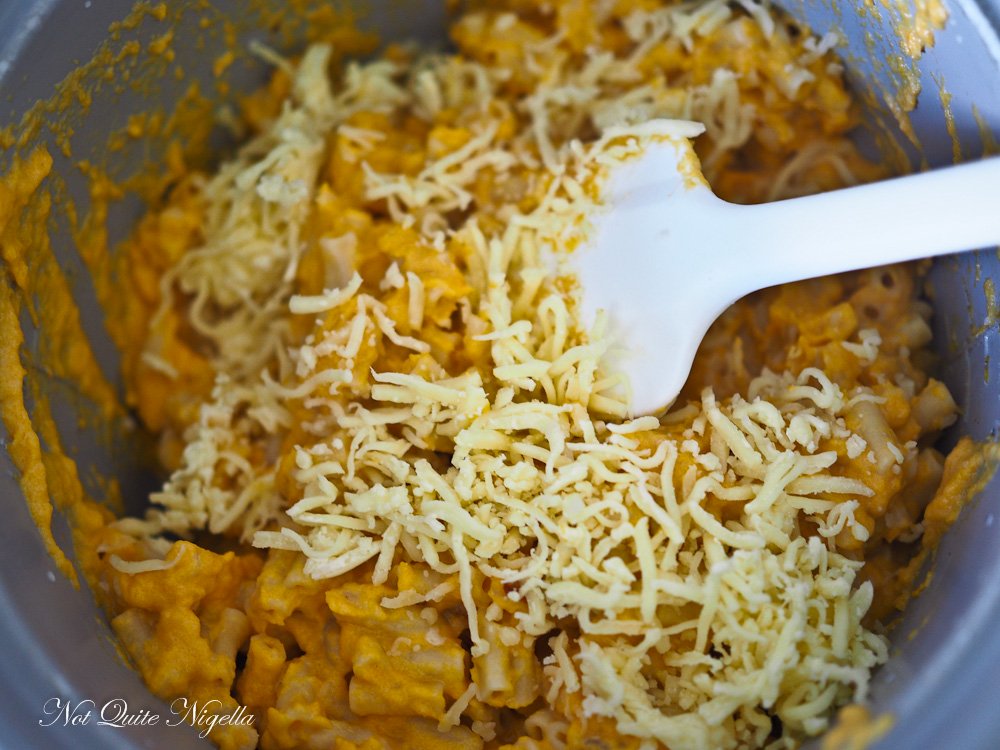 Step 2 - Blend the pumpkin and cream together and add to the rice cooker or pot and then stir in the cheese and flip the switch to "Cook" for a few minutes just to heat up the sauce and melt the cheese. Then switch to "keep warm" once the pumpkin cream has cooked through and the cheese has melted. Taste for flavour - I didn't use a low salt stock so it didn't need seasoning but if you used a low sodium stock then you may need to add some. You can keep this warm for a while or eat it straight away. Add chives just before serving!

Step 1 - Bring just 1.5 cups (not 2 cups) of stock to simmer. Make sure the pasta is covered by the stock and then turn down very low (I left it at 3 out of 10 where 10 is the hottest) and left it with the lid on until it is cooked and the water has absorbed-about 25 minutes.