The Method To This Chocolate Cake is Madness! 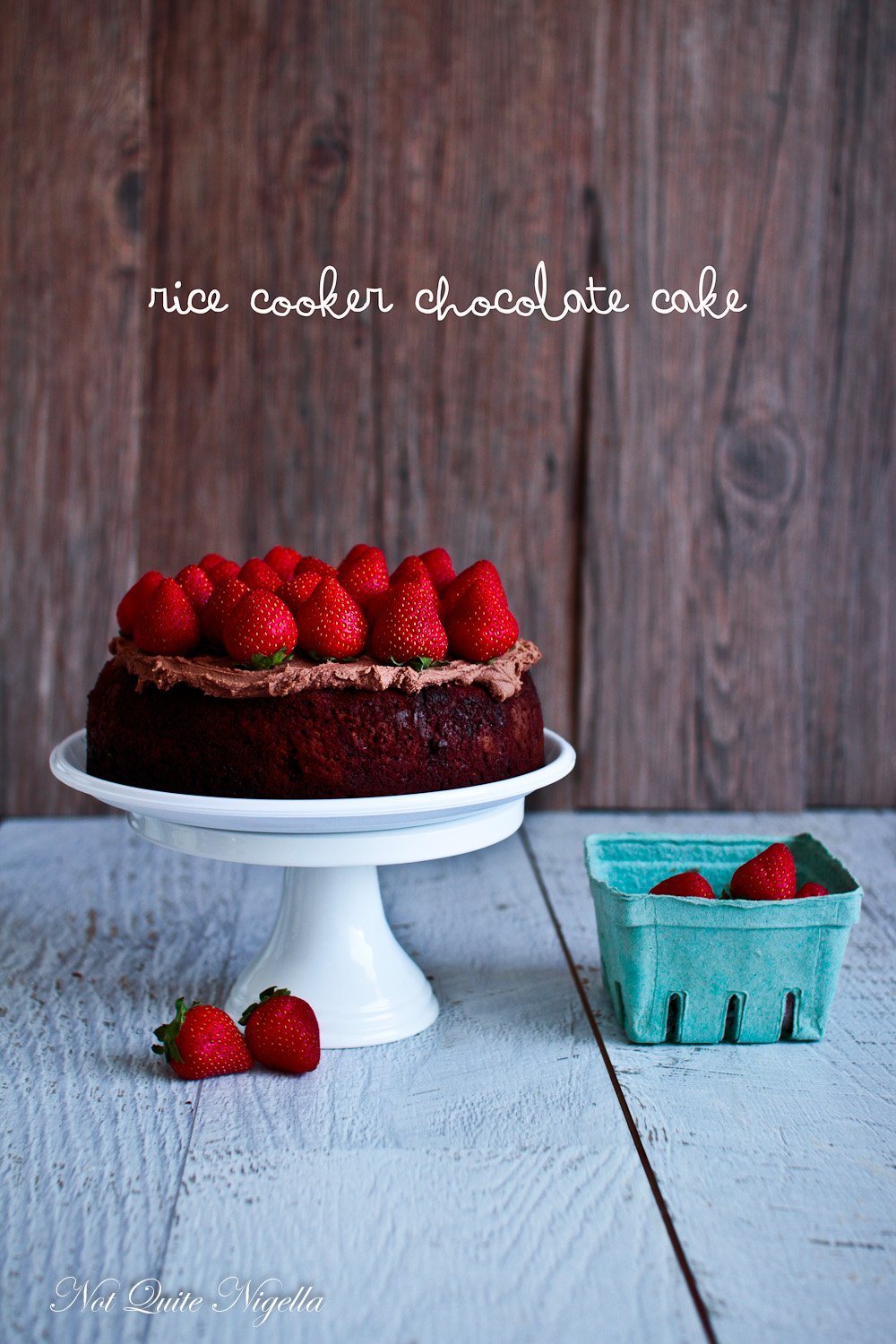 Living in a tiny apartment means that there is no room for single use items. I am ruthless when it comes to purchasing items and unless I can envisage several uses for it, I won't buy it (alas the same rule doesn't apply to clothes, shoes or makeup!). I've been reluctant to buy a rice cooker for that reason when I've got a perfectly good stovetop and pot. But did you know that you can make cakes in your rice cooker? Yes, really!

It took me the longest time to find the time to make this because I wasn't sure how it would turn out. Would cooking it in the rice cooker make it like a steamed cake? Would it be leaden? Dry? I began experimenting - a friend told me just to use a pancake recipe which confused me even more. I mean would it be a pancake? Would it need syrup? So many questions!

And you know how they say that the best food is made with love? Well I have to admit that this cake was made with tears of frustrations and cursing. I was under the weather but bogged down with a heavy workload. I looked at my ambitious schedule and took a deep breath and some medicine and decided that I really couldn't be sick. Except of course my body didn't get that memo or didn't care and while I was mixing this, I had the co-ordination of Swedish chef without the charming bork bork bork. While mixing I whisked some cocoa onto the benchtop. I dropped the pinch of salt a good two inches away from the bowl instead of inside the bowl (quite a feat of unco-ordination).

And then when I turned the rice cooker on to cook it turned itself off 5 minutes later... 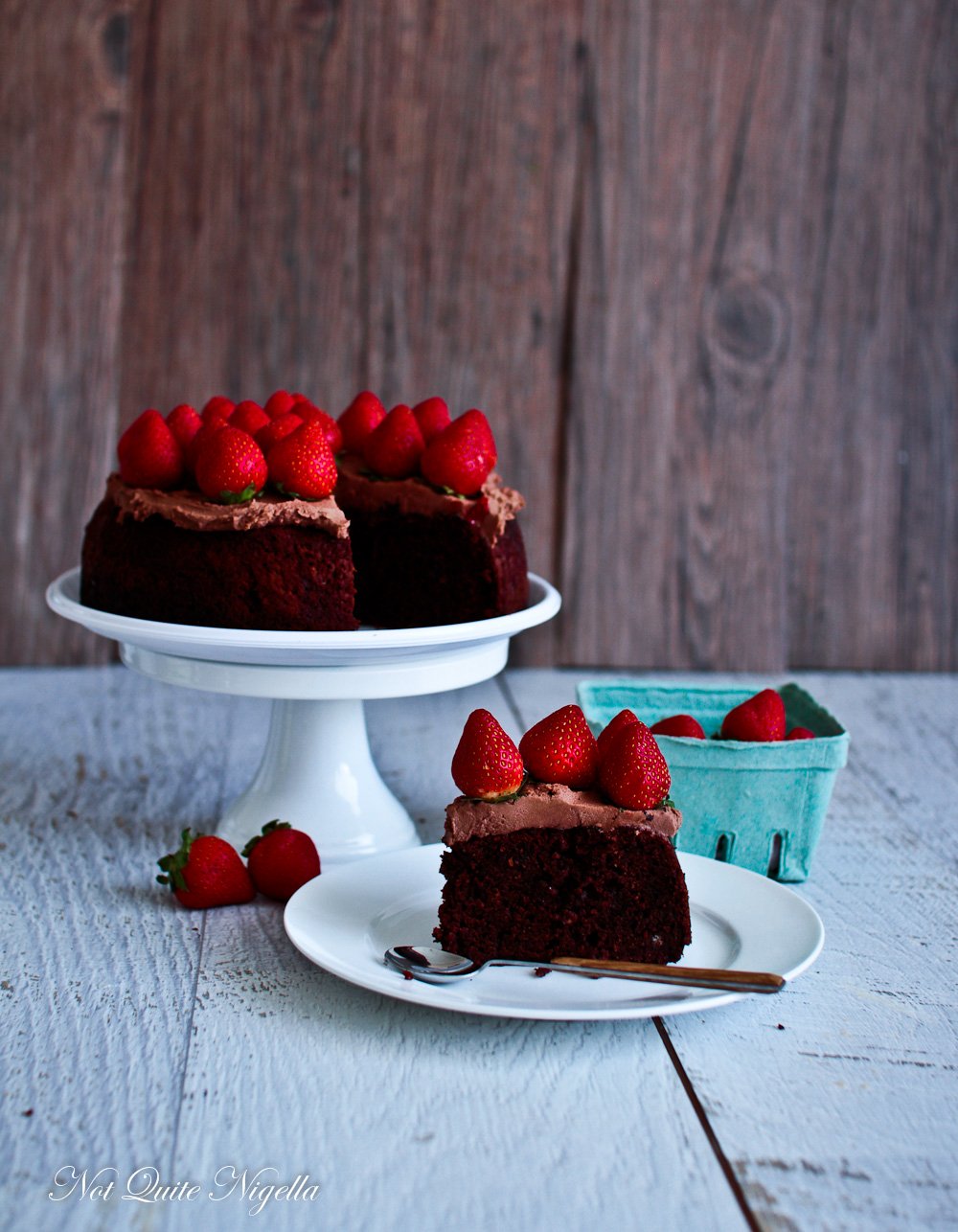 But did you know that even if this happens, it will work? If you have a rice cooker with a bake or time setting then this is cake is even more of a breeze but even if you're dealing with a 20 year old number with frayed cords and missing buttons inherited from your parents then it will still work. I was all ready to bin the raw dough but kept pressing the "cook" button just in case. Call it a compulsion. And then I lifted the lid to see that it was cooked!

And you know what? This cake is actually really good! It's dense and chocolatey and not overly sweet-I made a chocolate buttercream to go with it and topped it with some fresh strawberries just because we had some in the fridge. If you aren't in the mood to turn on the oven or want to try something new, I'd definitely recommend trying to bake a cake in your rice cooker! 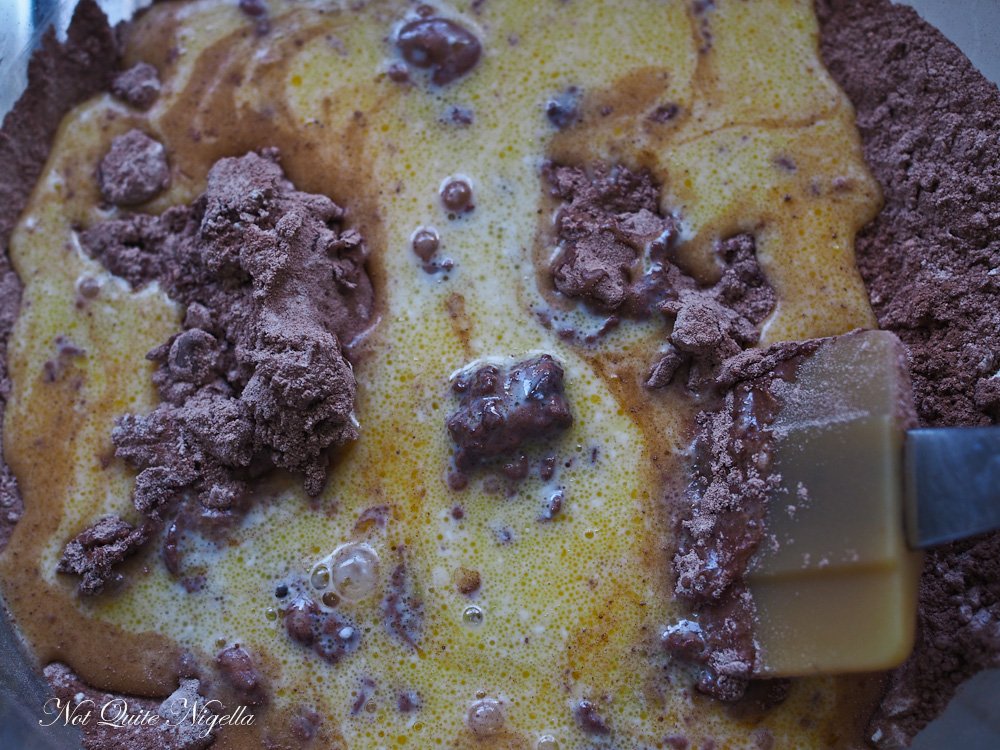 Step 1 - Line the base and sides of a rice cooker with parchment and non stick spray. In a large bowl, whisk the cake flour, cocoa powder, sugar, baking powder and salt until well mixed. In a jug measure buttermilk and then whisk in the eggs and butter. Make a well into the centre of the dry ingredients and add in the liquid ingredients in two batches, adding the chocolate chips into the second liquid addition. 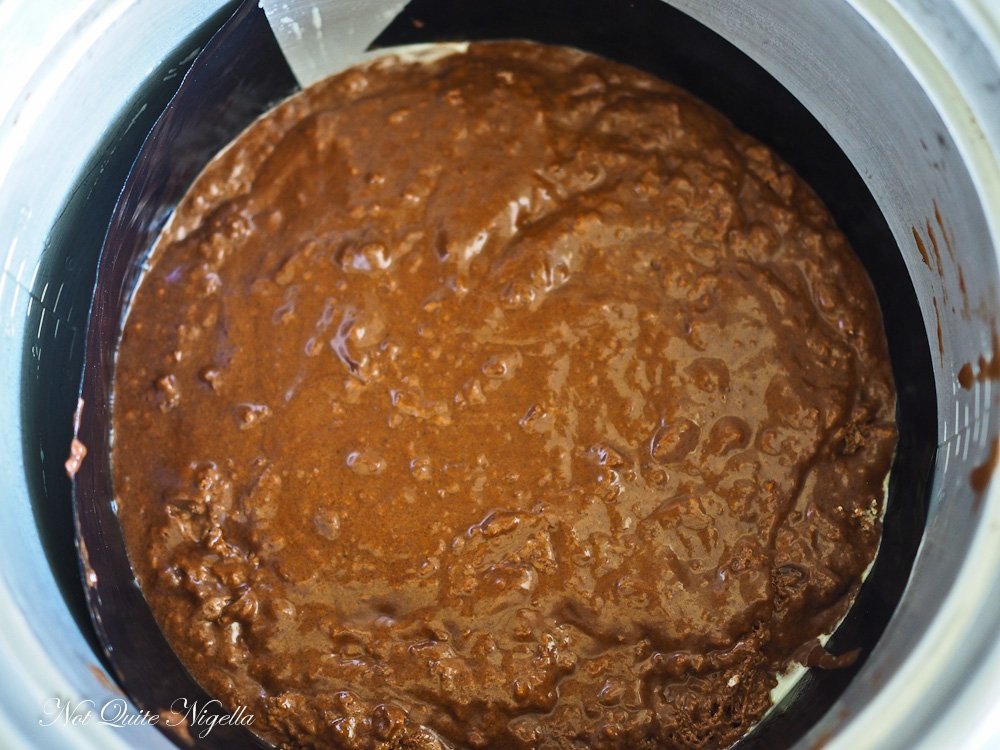 Probably the worst picture I've ever put up on the blog. Oh hang on, there was the fondant penis...

Step 2 - Scoop into the prepared rice cooker. Cook for 25-30 minutes or until a skewer inserted comes out clean. Now here's the crazy part. My rice cooker (albeit it is a couple of decades old as it was a hand me down from my parents) switched off after 5 minutes. I started to freak out and curse a lot. All I could think about was wasting the delicious chocolate that I added. But then I waited 5 minutes and kept turning it back on. The rice cooker would keep turning off after 5-10 minutes and over the course of I think 40 minutes I switched it on and it turned off about 7 or 8 times. I didn't expect it work at all until halfway through I lifted the lid and it was rising and setting! If you have a timer on your rice cooker, it will be easy but don't give up if your rice cooker keeps turning off. 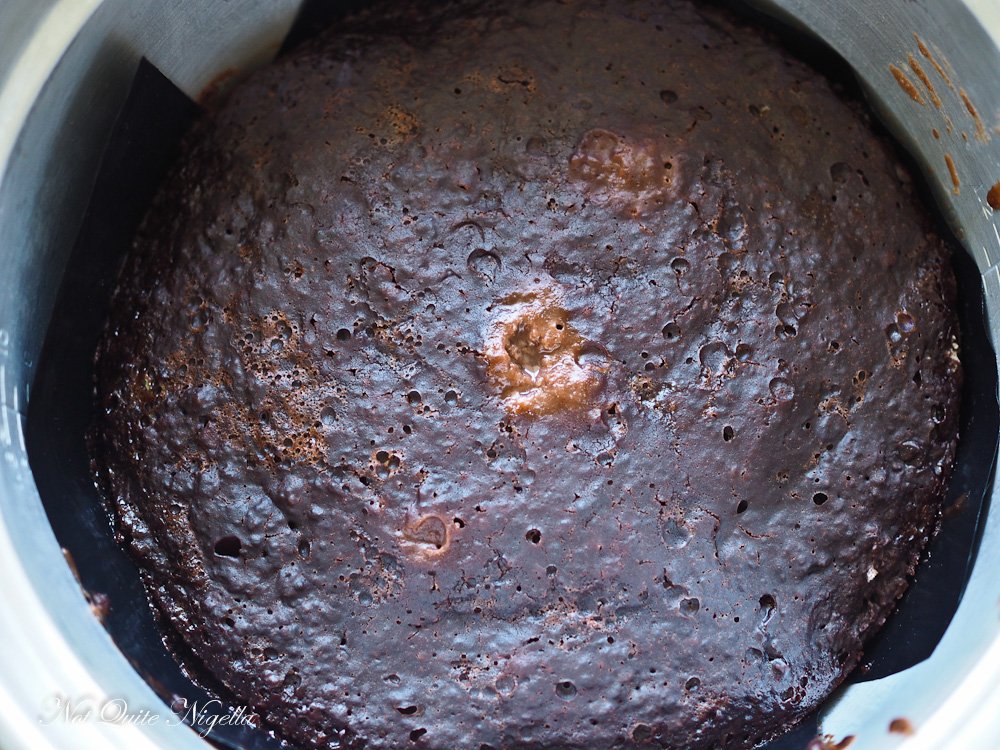 Step 3 - Once a skewer inserted in the centre comes out clean, remove the bowl from the cooker and allow to cool completely. Spread with buttercream and top with strawberries.

Step 1 - Melt the butter and chocolate in a saucepan on medium heat. Stir to make sure that there are no lumps of chocolate. Set aside at room temperature or if the weather is hot, place in the fridge to firm up. Don't worry that the butter floats to the top.

Step 2 - Scoop the mixture into the bowl of the mixer and fit it with a spatula beater attachment. Beat until light and fluffy.