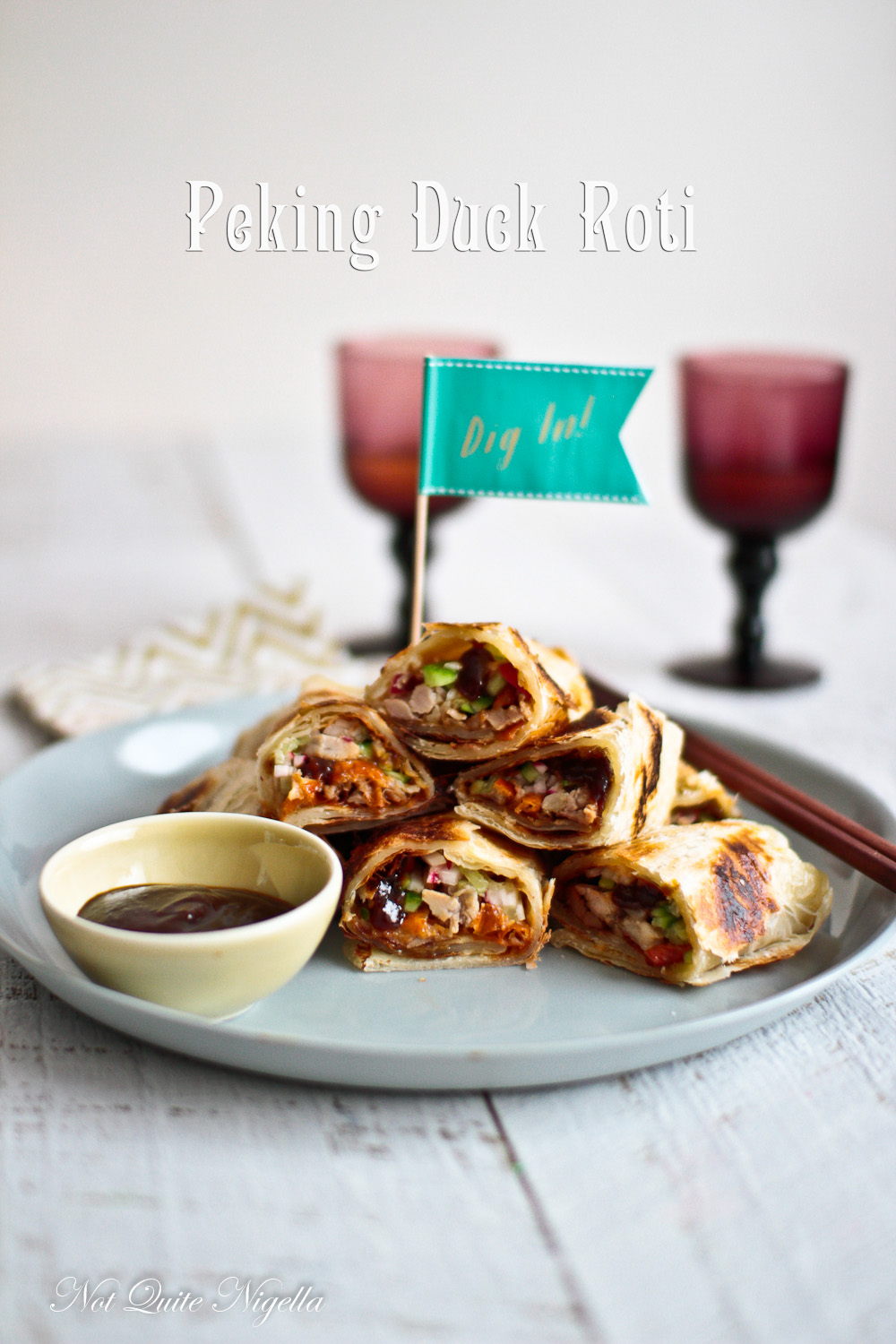 Sometimes you get an inkling that something will be good. Mainly because you like all the ingredients separately so what on earth could go wrong if you put them together? But the thing you didn't count on was how well things go together. Like these Peking Duck Roti canapes!

This is one of those recipes that is easy and yet doesn't taste easy if you know what I mean. In fact you can order it at restaurants and it will taste just as good (or even better) if you make it at home. I ordered it once at a restaurant and I felt as though it could be better so I used everything that I liked in this. This is a dish that made me feel like I was cheating - okay buying a Peking duck and roti is perhaps cheating but sometimes life is busy and you need a helping hand.

These Peking Duck roti are SO good. And yep this is a pushy recipe (I'm getting very pushy I realise and apologies if there is too much duck lately but feel free to sub chicken!). It's easy, it's delicious and peeps, it is made up of two delicious things-Peking Duck and roti!! 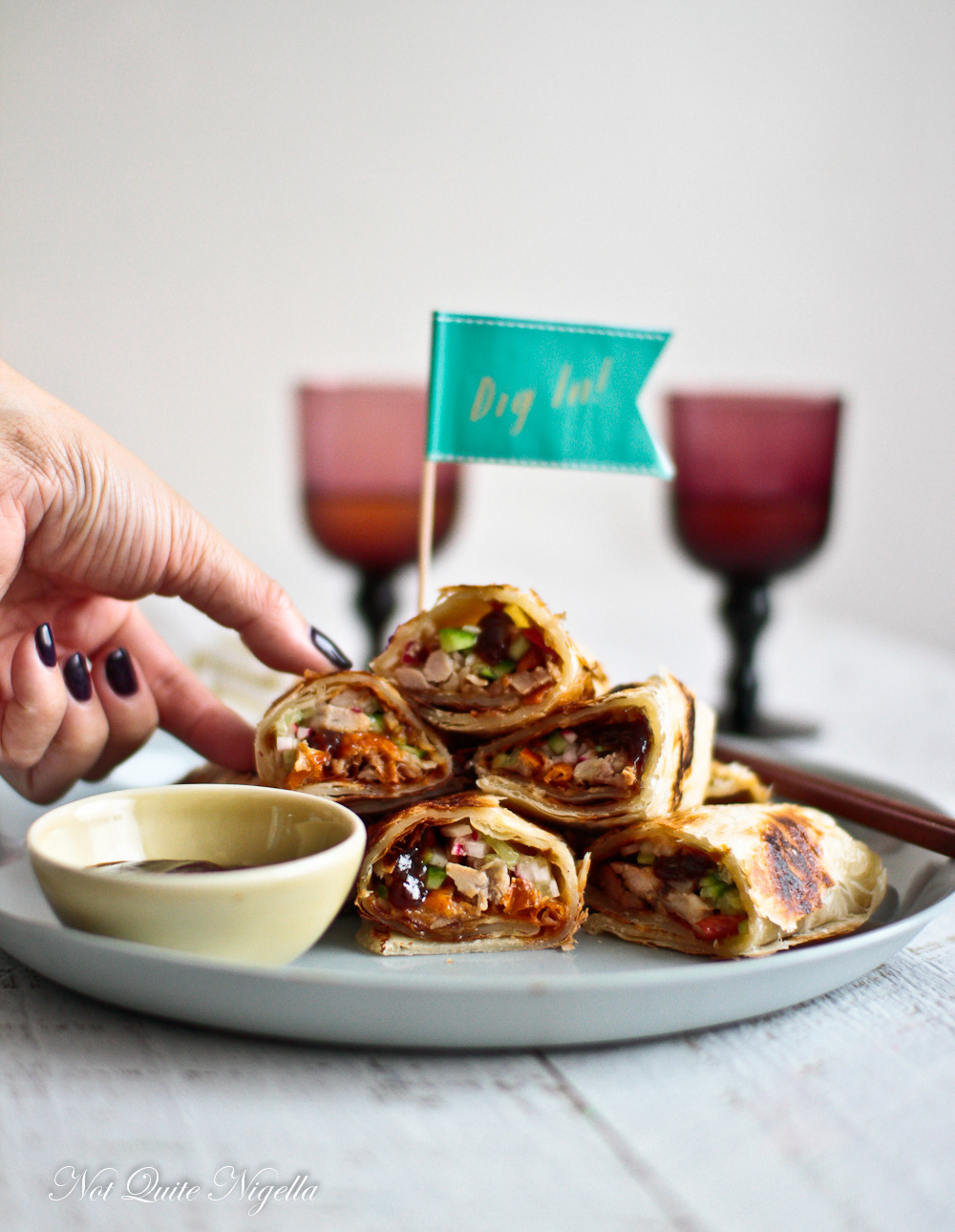 We ate these in front of the television while doing not very much at all. We were as wrapped up in these as what we were watching. It was the new series Black Mirror. I have a love hate relationship with Netflix. Sometimes I want to cancel my subscription because there's nothing on but then they come up with some great stuff too. And if you like The Twilight Zone and Tales of the Unexpected I think you might like Black Mirror.

The anthology series has separate stories all related to modern day woes with technology. It really makes you think about the role of technology in our lives and what it is doing to society but it is presented in such an original and entertaining way that you can't help but be sucked in. I don't want to ruin the surprise as there are so many stories but my favourite ones were: The National Anthem, White Bear, Shut Up and Dance and San Junipero. You may even forget what you're eating. But not if it is Peking duck roti ;)

So tell me Dear Reader, do you consider buying a Peking Duck and roti cheating? Or do you fully embrace it (and even more so around the Christmas madness)? And have you watched Black Mirror? Do you think that we're too dependent on technology?

There is a surprising amount of meat and skin from a Peking Duck. You should get enough for 30 pieces from a standard sized duck. 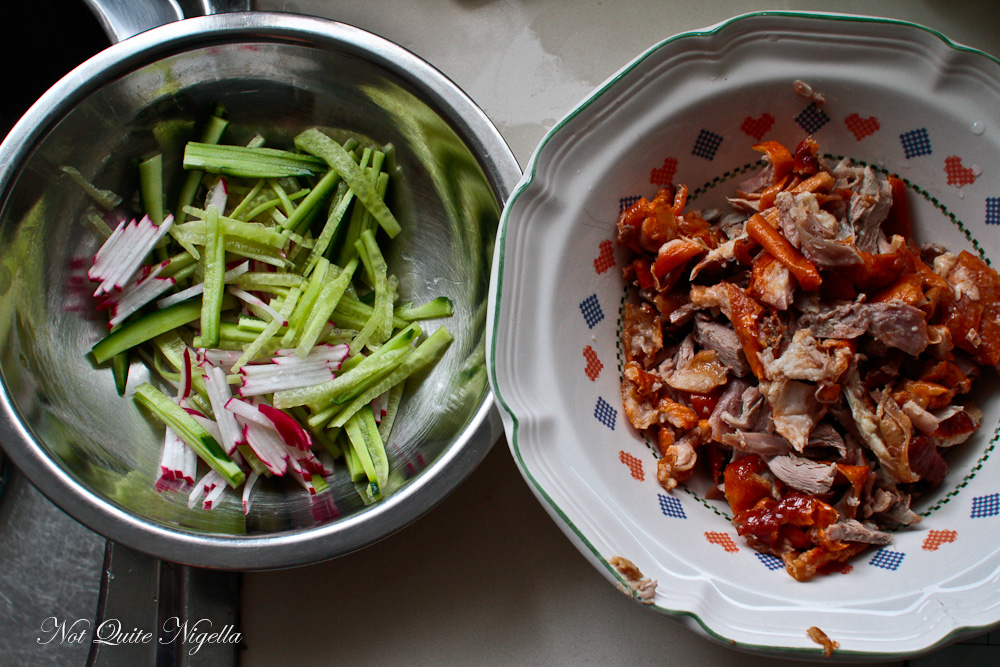 Step 1 - Remove the meat and skin from a Peking Duck and roughly chop. Slice the cucumbers and radishes into inch long matchsticks and mix together. 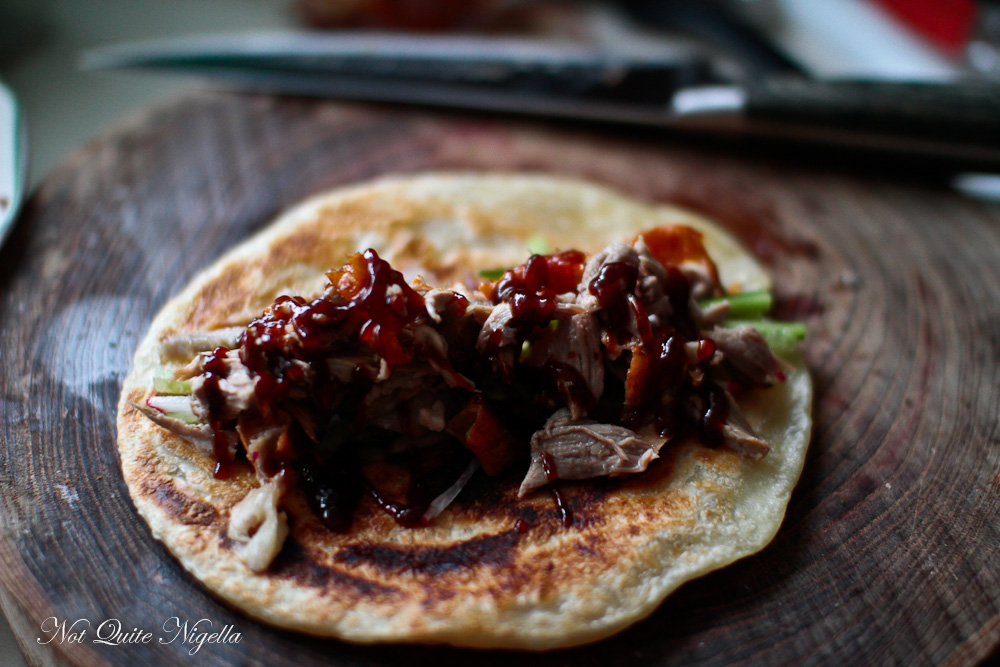 Step 2 - Spray a non stick pan with oil and fry the rotis until crisp and golden. Divide the vegetables and the Peking duck skin and meat among the rotis and drizzle with hoi sin sauce (I put it in a ziplock and snapped off a tiny corner to make drizzling a bit easier). Roll up and slice into three pieces per roti. Serve while hot.