Somewhere Over The Rainbow Unicorn Cupcakes 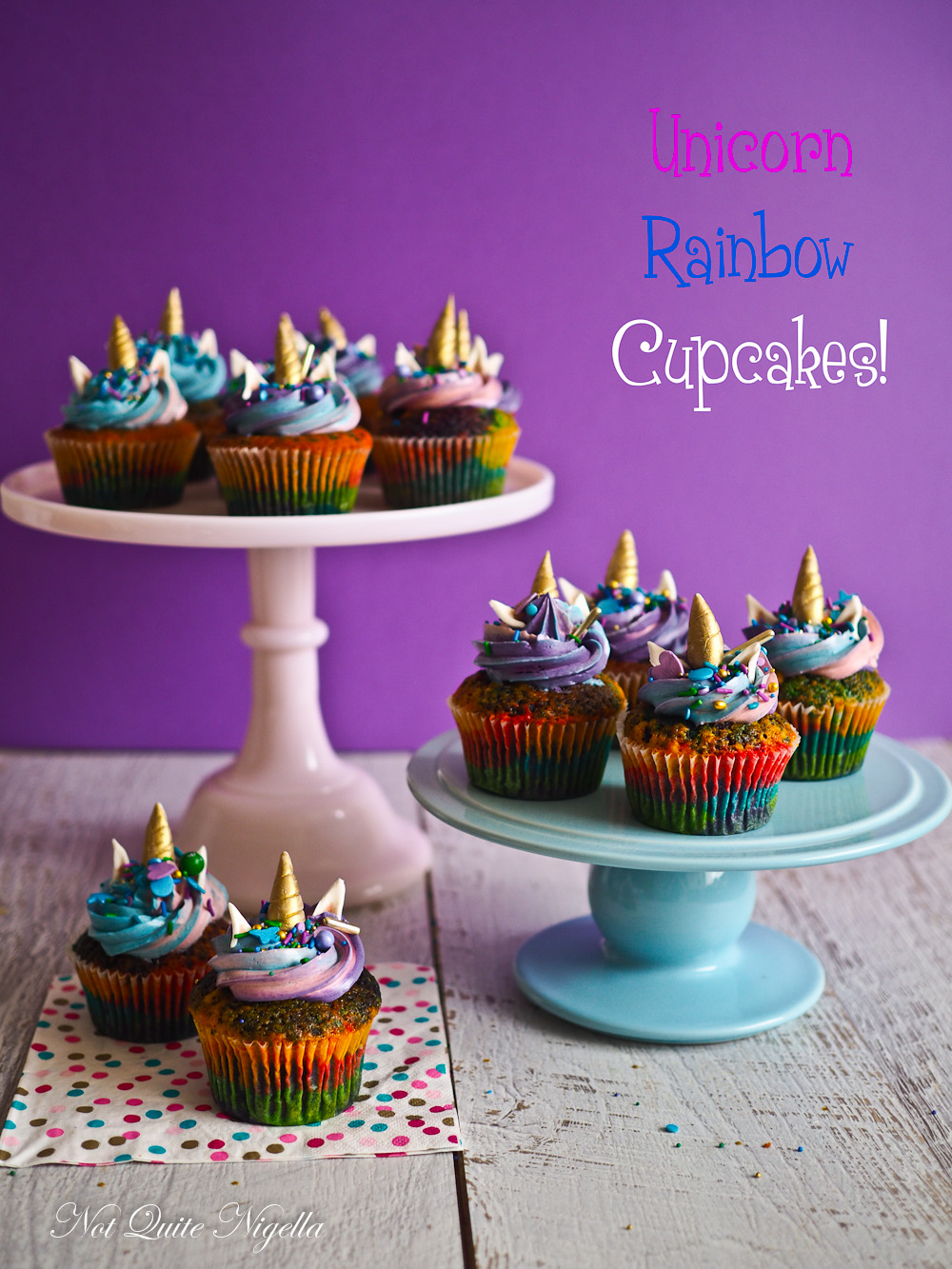 These unicorn cupcakes are delightfully vibrant and colourful. There's a vanilla rainbow buttercake base and on top is a tri colour buttercream with easy-to-make unicorn decorations!

I made these for Louise's baby shower. Her friends had asked me to make a sleeping unicorn cake but as I had just arrived back from Peru a couple of days before I begged off and offered to make cupcakes instead. They went ahead and ordered a unicorn cake anyway so these little babies weren't needed after all but hey nobody told me!

Unicorns were the theme of the shower as I think they were trying to steer away from the stereotypical gender colours. Unicorns and rainbows are all inclusive and all colourful.

How to Make Unicorn Rainbow Cupcakes

Speaking of rainbows, Australia is as I'm sure most Australians know, in the midst of a same sex marriage (SSM) debate. Our Prime Minister decided to spend $122 million on a postal vote where everyone has to tick yes or no on a form and post it back. It's quite bizarre but have you looked around the world lately? It fits right in. It seems that at some point some stopped caring about other people's rights and forgot compassion. 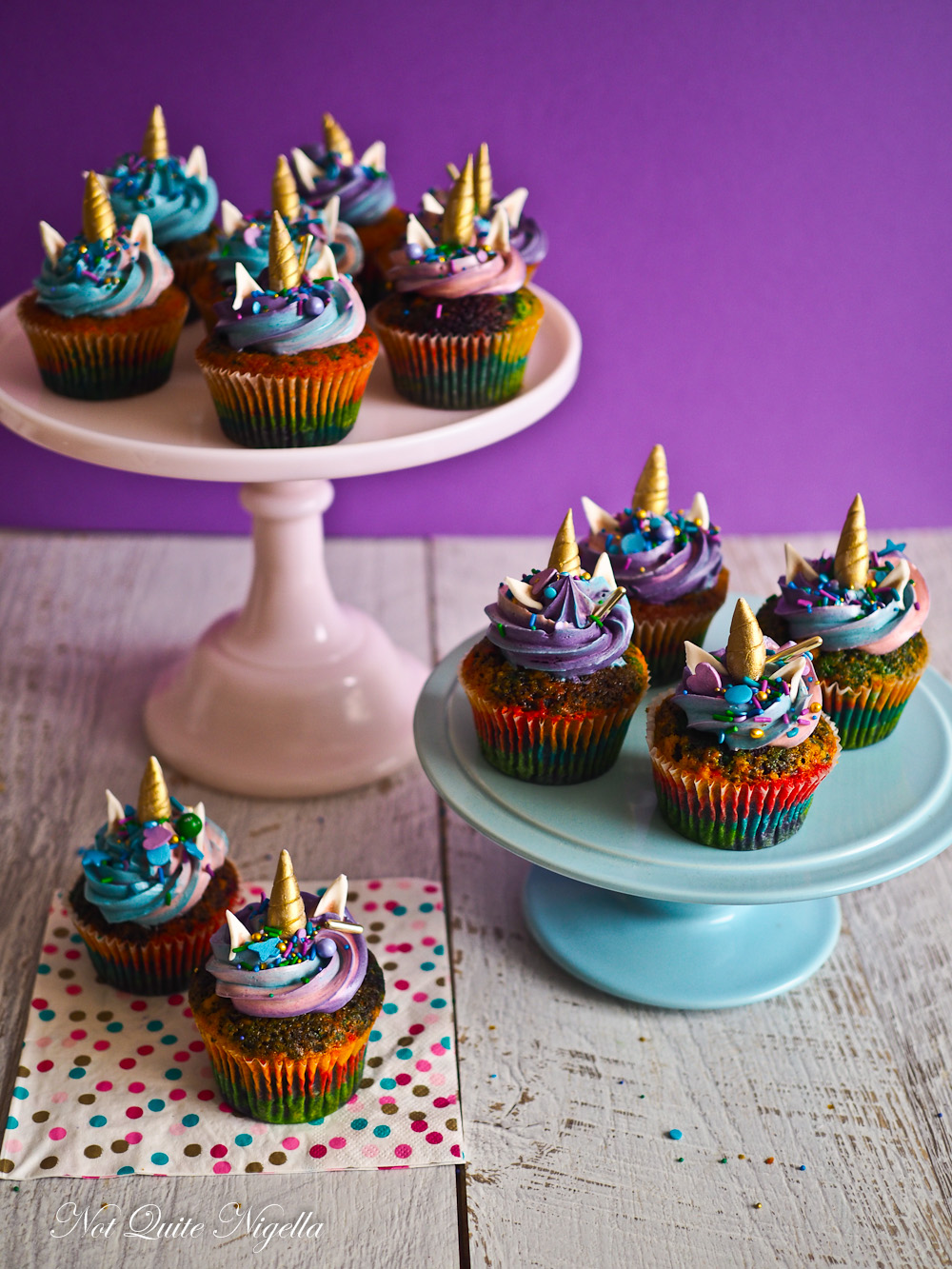 Everyone started talking about it on social media, filling Facebook and Instagram feeds. A friend on facebook Edward offered to sit down and have an honest and respectful discussion over tea or beer so that people could see his side of the debate if they were on the fence or wanting to vote "no". I asked him for his thoughts, "Yes, we almost have the same rights being in de facto partnership, however my lifelong partner will never be recognised as my next of kin Australia-wide."

"My partner, Michael, will not be able to visit me in the hospital (god forbid) if something happened to me. Specifically with my case, as my family doesn't acknowledge my relationship with Michael, there's a chance for them to turn my partner around should he want to visit me in the hospital. Not to be overtly melodramatic here, but the only way Michael can visit me in the hospital is for him to go to court. The other main thing is, our de facto relationship is only registered under NSW Law, which means it will not be recognised in other states, unlike a Marriage Certificate which falls under Federal Law and would be recognised Australia-wide." 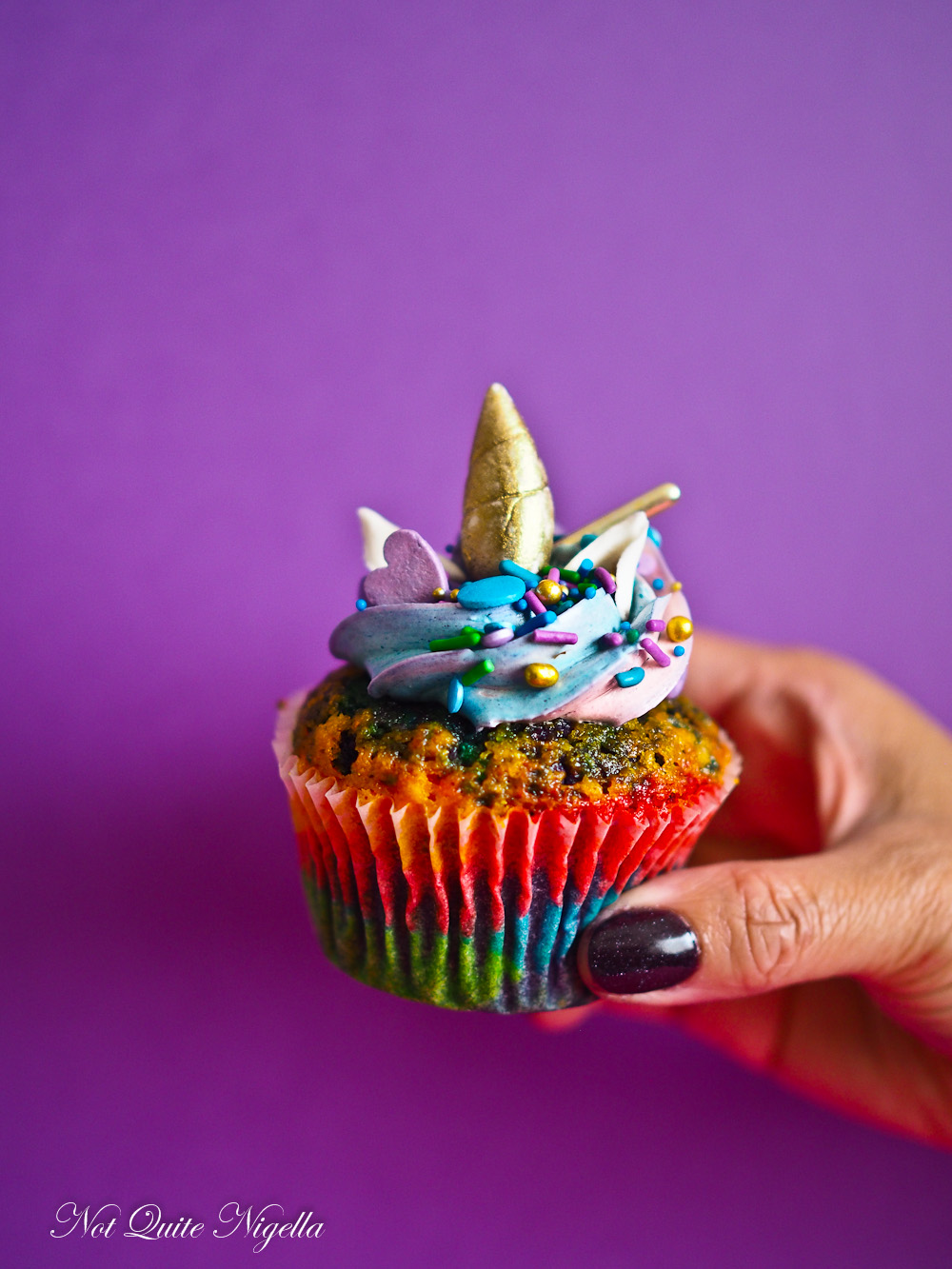 Edward also gave us a bit of Michael's story, "Growing up he always aspired to have a family, living the white Australian life expected of him and thus struggled greatly with his sexuality. When he would see gay characters on TV, they would be portrayed as a party animal, sleeping around, and they would never form long-term relationships and meaningful connections. This made him think being gay would prevent him from ever being able to form a family (even with two people) and would lead to a life of drugs, sadness, and being perpetually single."

"In fact, in high school someone said to him they wished he would "get AIDS and die". This kind of talking and thinking will not change with the legalisation of SSM. However, it provides hope that whilst individuals may get you down, and you don't see people in life who represent you, there is still hope. One day you can meet someone you love and marry them, not just co-habitate. The little kid's dream of one day having a fairytale wedding isn't exclusive to just straight kids. Marriage has taken on the meaning today because of what we have grown up to expect, two people love each other, they commit, and they get married. This is not exclusive to a relationship between a man and a woman. Michael and I love each other, we are committed to one another, the only prevention to our getting married is the law. That is the only thing that we want to be changed." 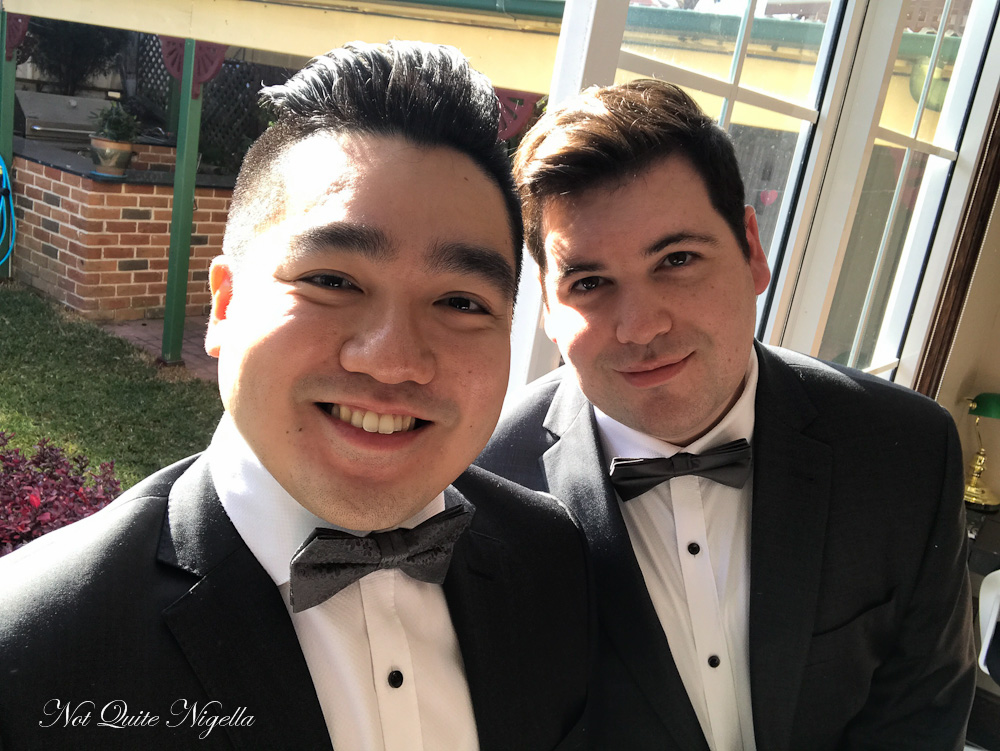 So tell me Dear Reader, what are your thoughts of the SSM debate? Which way will you be voting and why? 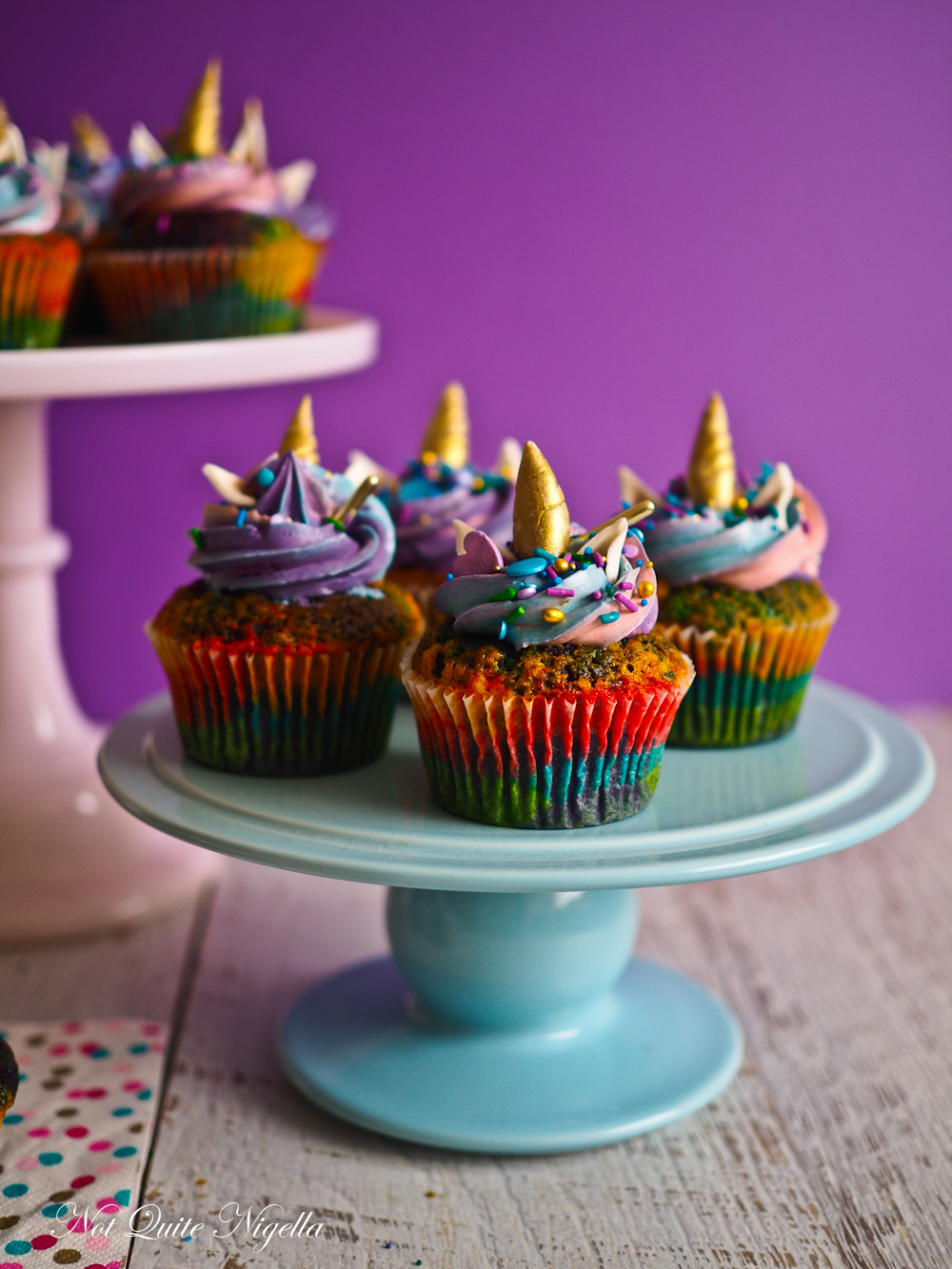 Somewhere Over The Rainbow Unicorn Cupcakes

Preparation time: 70 minutes plus drying time for horns and ears

Step 1 - Preheat oven to 170C/340F and line a muffin tray with white liners. Cream the butter and sugar together until pale. Add eggs one at a time combining well between additions. Fold in flour and sour cream or yogurt in two lots. Do not overmix. 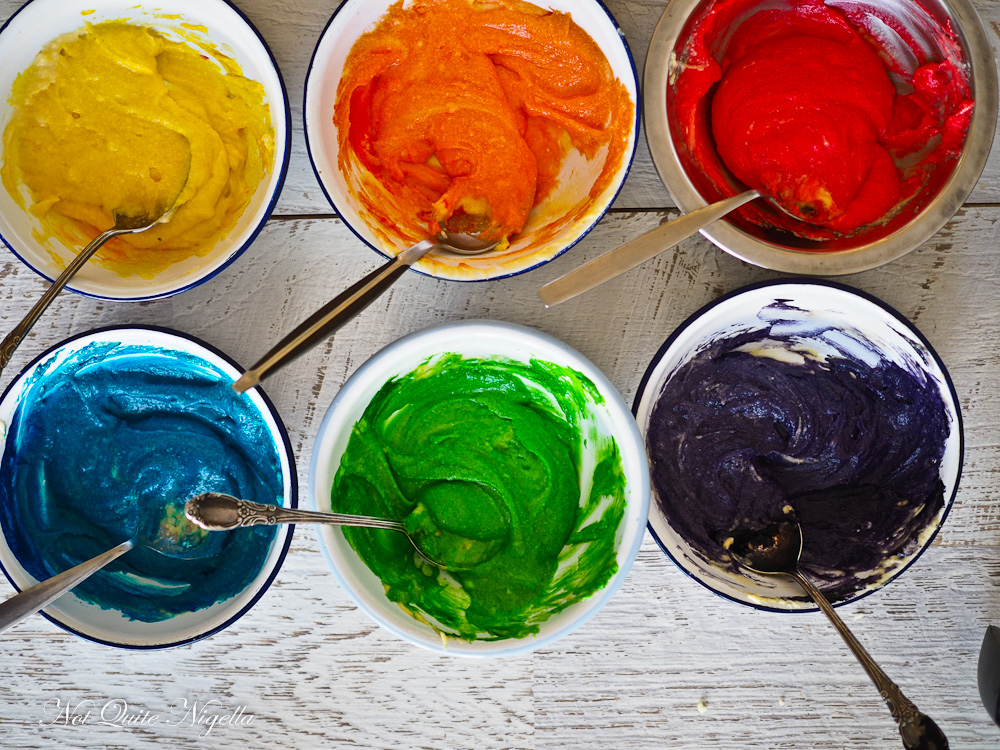 Step 2 - Separate into six bowls and tint with colours being careful not to overmix. Place into separate piping bags or zip lock bags and pipe the batter into cavities with purple, then green, blue, red, orange and yellow. Bake for 20-25 minutes until a skewer inserted comes out clean. 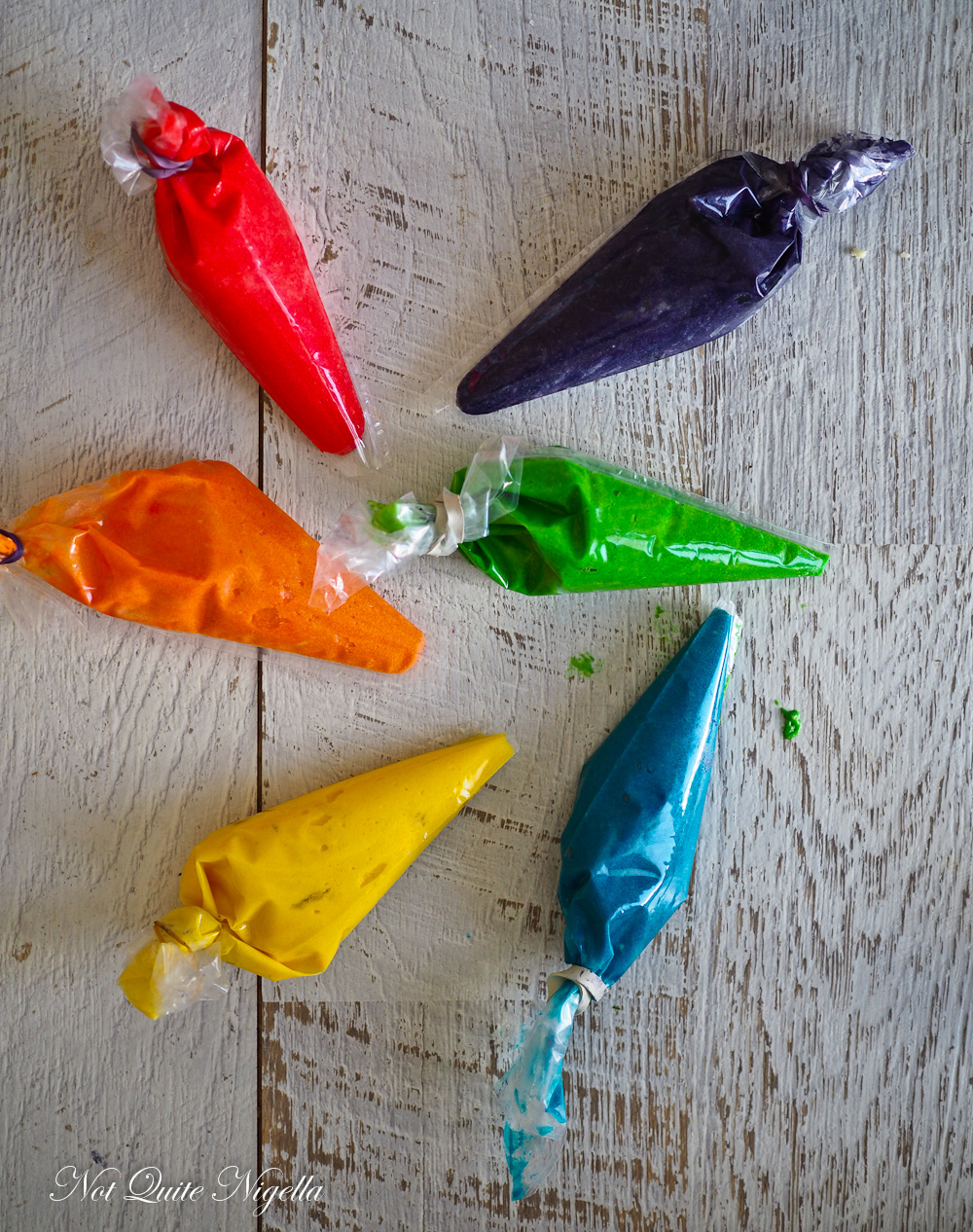 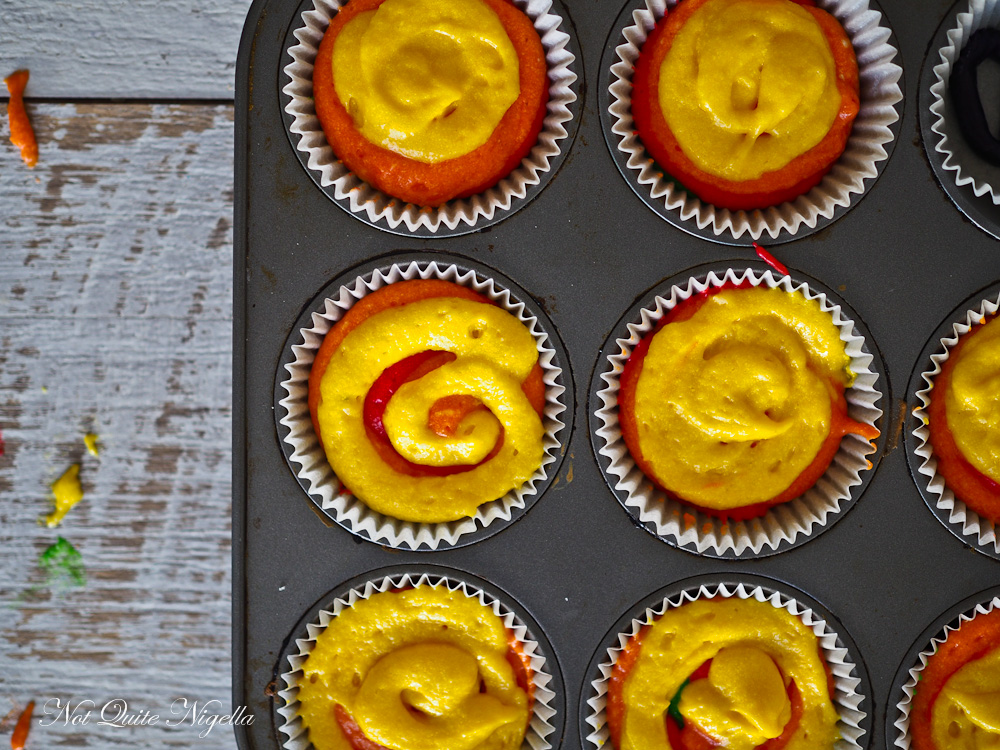 Step 3 - Make the gum paste horn and ears. Grab a small ball of white gum paste and then shape into a horn using the palms of your hand. Take a paring knife and draw the indents into the horn gently. Allow to set completely. Then roll out the remaining gum paste and cut out triangles folding them over at the base of the triangle to create ears. 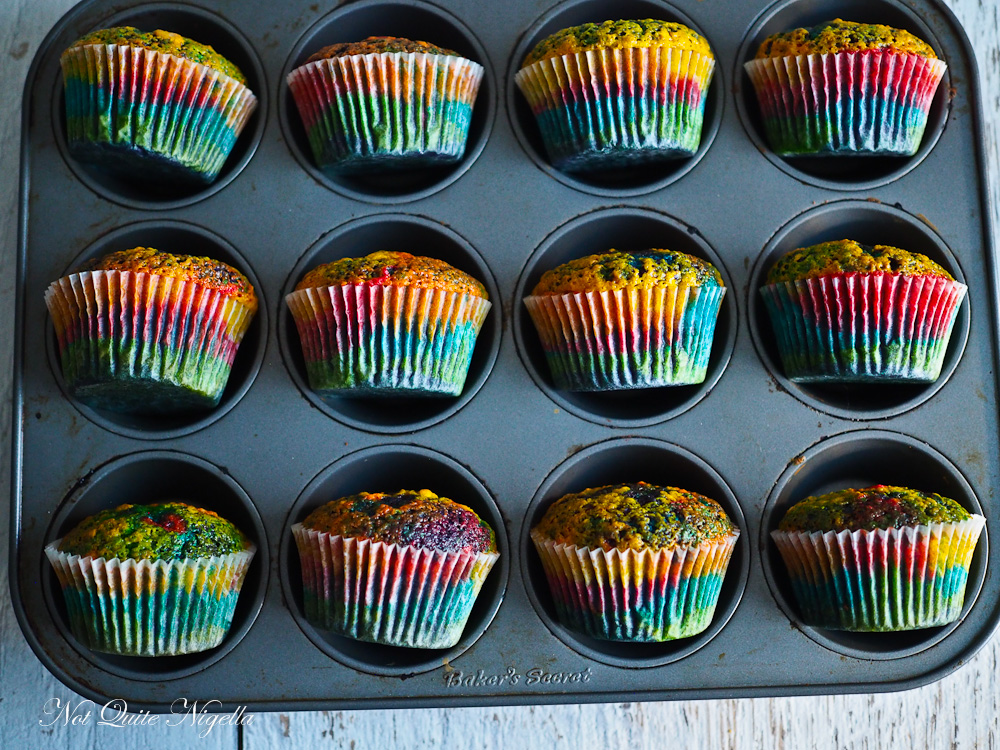 Step 4 - Paint the horns in the gold and allow to dry. Then brush a little pink powder in the centre of the ears.

Step 5 - Make buttercream. Beat the butter on low speed (3 out of 10) for 5 minutes until white. Add the sugar and water in two lots beating at first on low to incorporate and then on the 3 out of 10 speed for 10 minutes or until you no longer feel the grains of sugar between your fingers when testing. Add vanilla and divide into three bowls. Tint one bowl pink, one purple nad one blue.

Step 6 - Fit a piping bag with a large star nozzle #13 and fill the bag with the three colours. Pipe