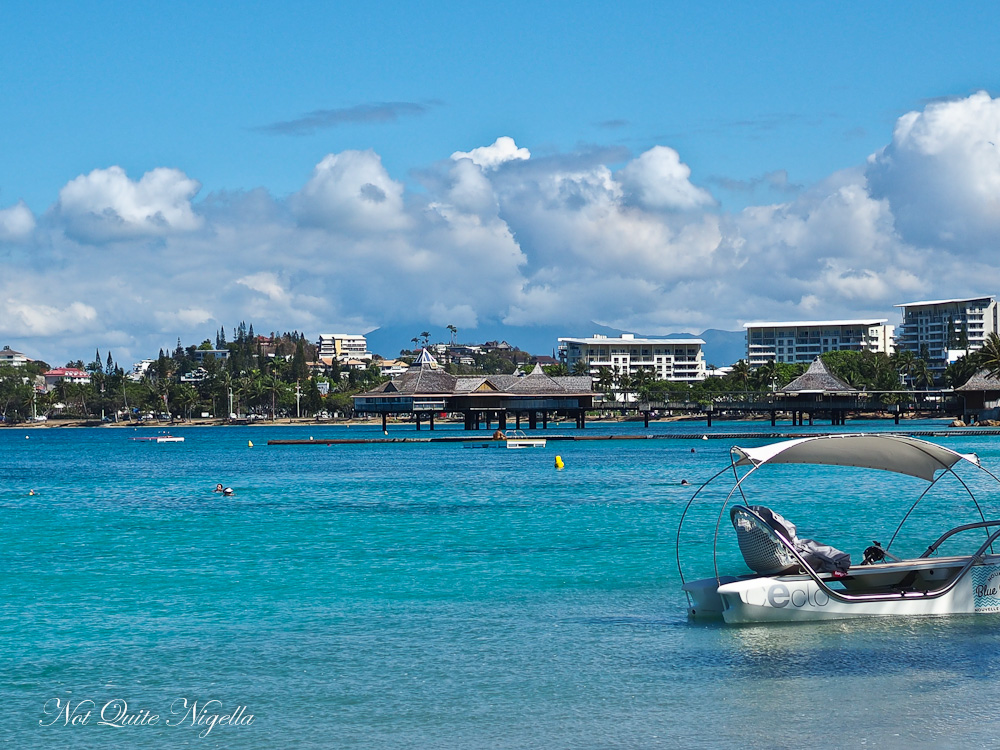 Visiting New Caledonia and want to eat the best of what they have to offer and unique New Caledonia food? Try these nine classic New Caledonian dishes that show the spirit of this pretty island nation. 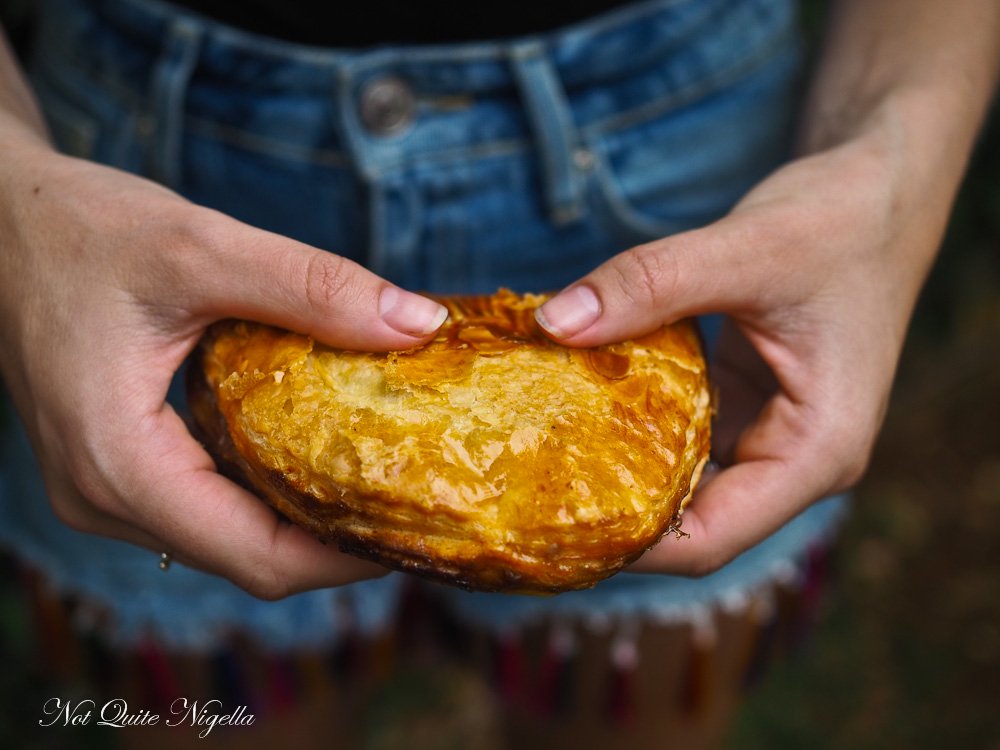 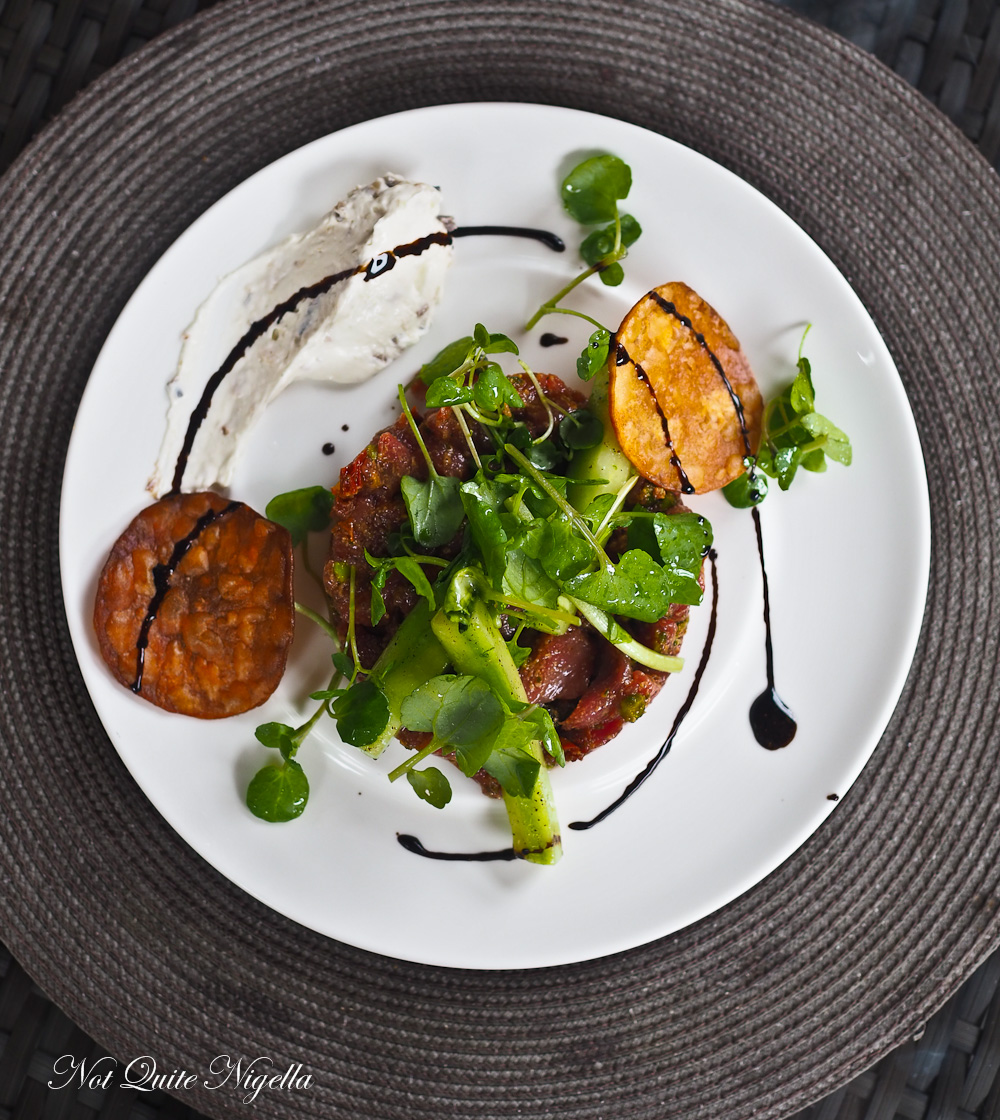 Deer were an introduced species that has thrived in New Caledonia. At L'Edzen on Rue Gabriel Laroque in Noumea, the venison tartare is served with sun dried tomatoes, sweet potato chips, herring cream cheese, miso and pistachio oil. Tip: serves in New Caledonia tend to be sizeable so you can often get away with just ordering one course.

Bat? Stew? Yes bat stew or Civet de Rousette is a traditional item in New Caledonia although now it is illegal to sell bat either at the markets or in a restaurant. In fact the only time that you can catch bat is in April when they are no longer nursing their young. The Kanak people or indigenous Caledonians cook the bat with the fur on - ideally the stomach contains the fruit that the bats have been feasting on. The Caledonians prefer to eat the bat with the fur off and rotisseried. The meat is said to be lean and strong in flavour 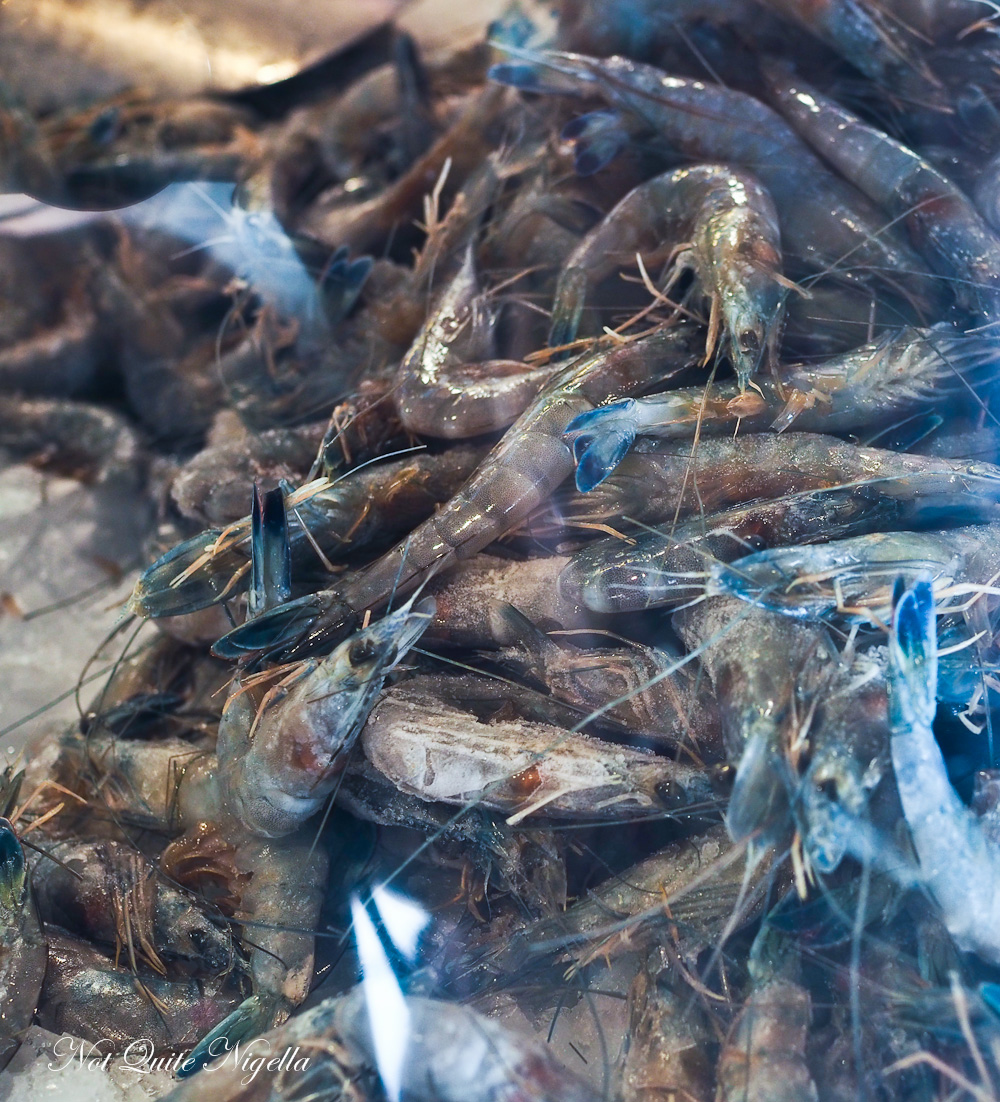 New Caledonian "obsiblue" blue prawns are a delicacy and are a true slow food. These prawns take 9 months to grow to size (compared to 3 months for others) and are farmed in low density farms with plenty of space, without the use of antibiotics or growth accelerators. The result is that they are a sought after prawn by top French and Japanese chefs as they are said to be sweeter than regular prawns. 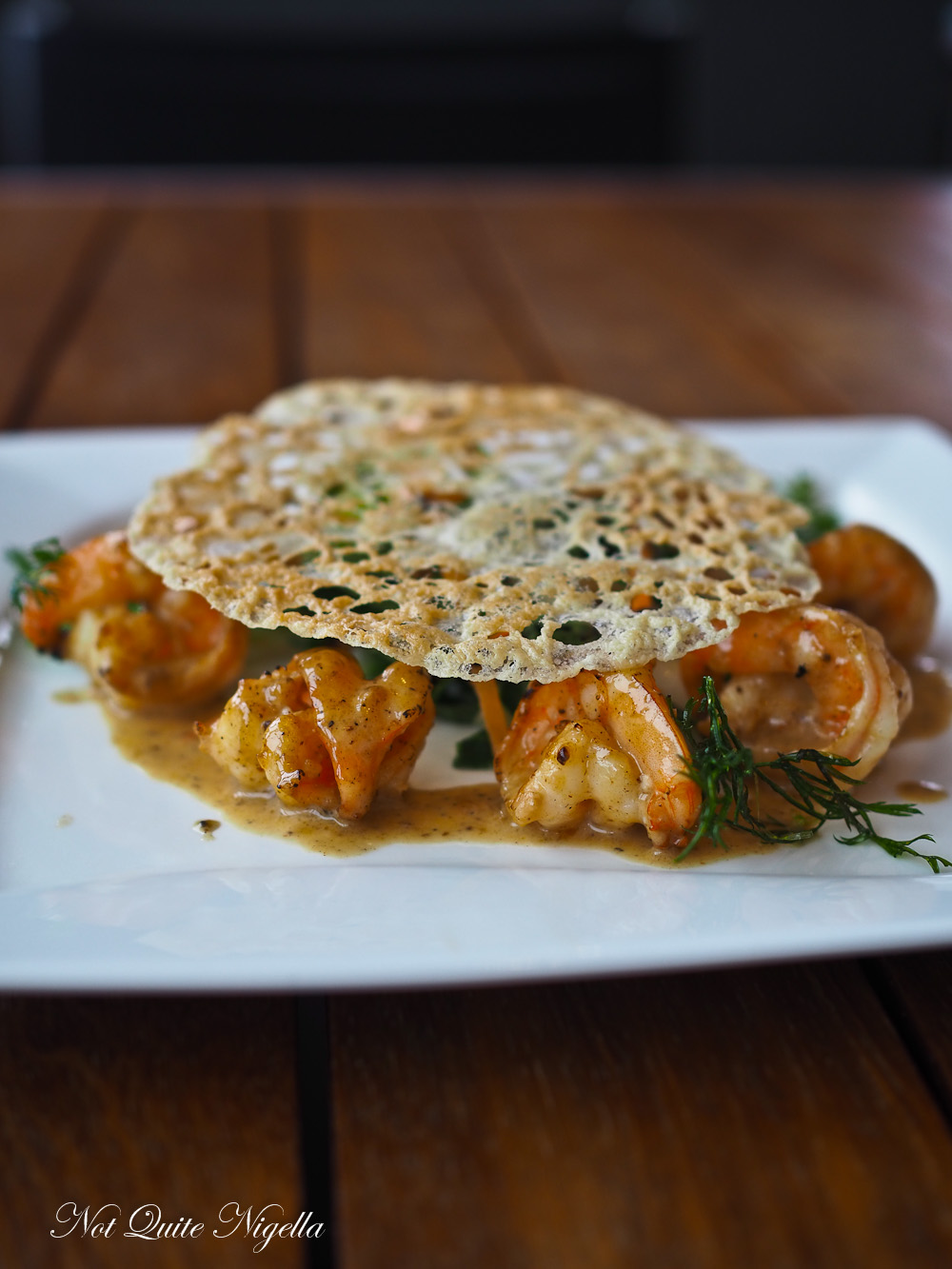 A distinctly blue grey shade the prawns are around the size of tiger prawns. At Les 3 Chefs (The Three Chefs), chef Christophe Gregoire cooks them in butter with salt and then flambees them with a New Caledonian niaouli (native paperbark) rum that imparts a delicious spicy aroma. A lick of cream is all that is needed for this delicate dish. 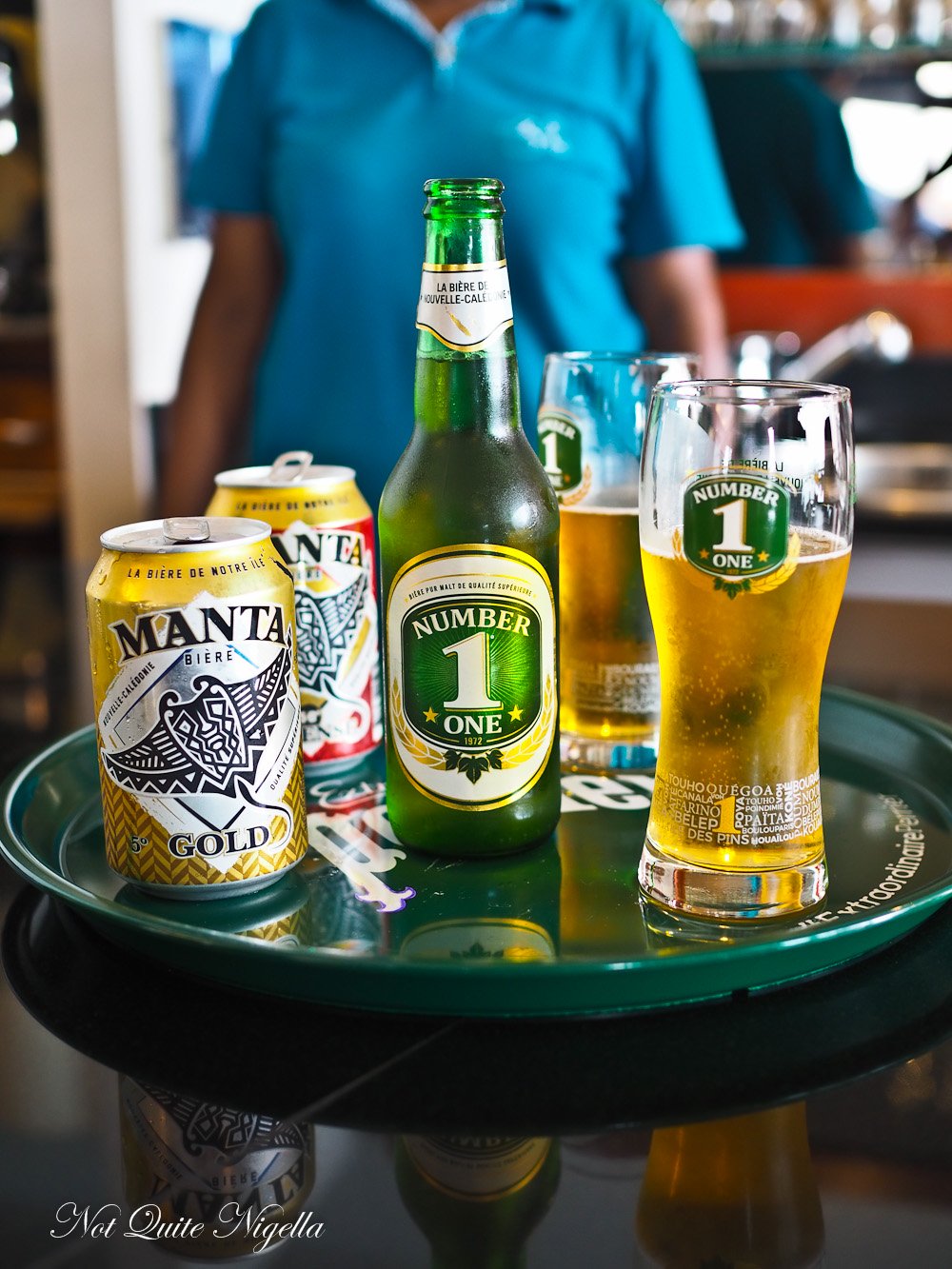 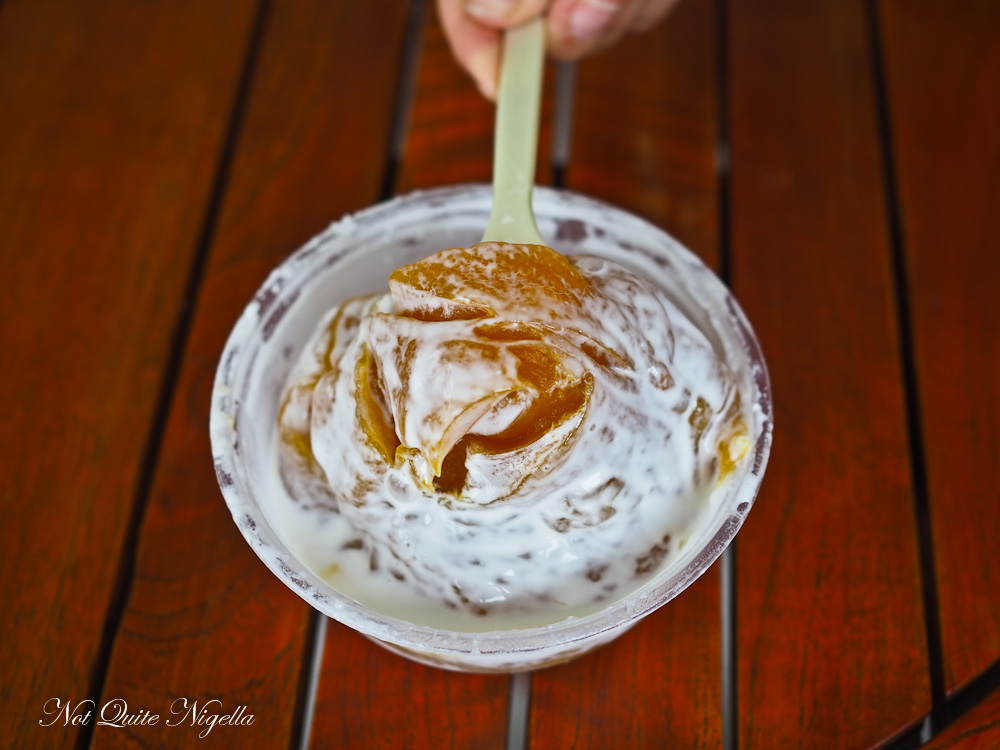 Poe (pronounced poe-ay) is a dessert consisting of a gelatinous pudding in either pumpkin or banana served with thick coconut cream. It's quite delicious and simple, the texture similar to a rice flour dessert. 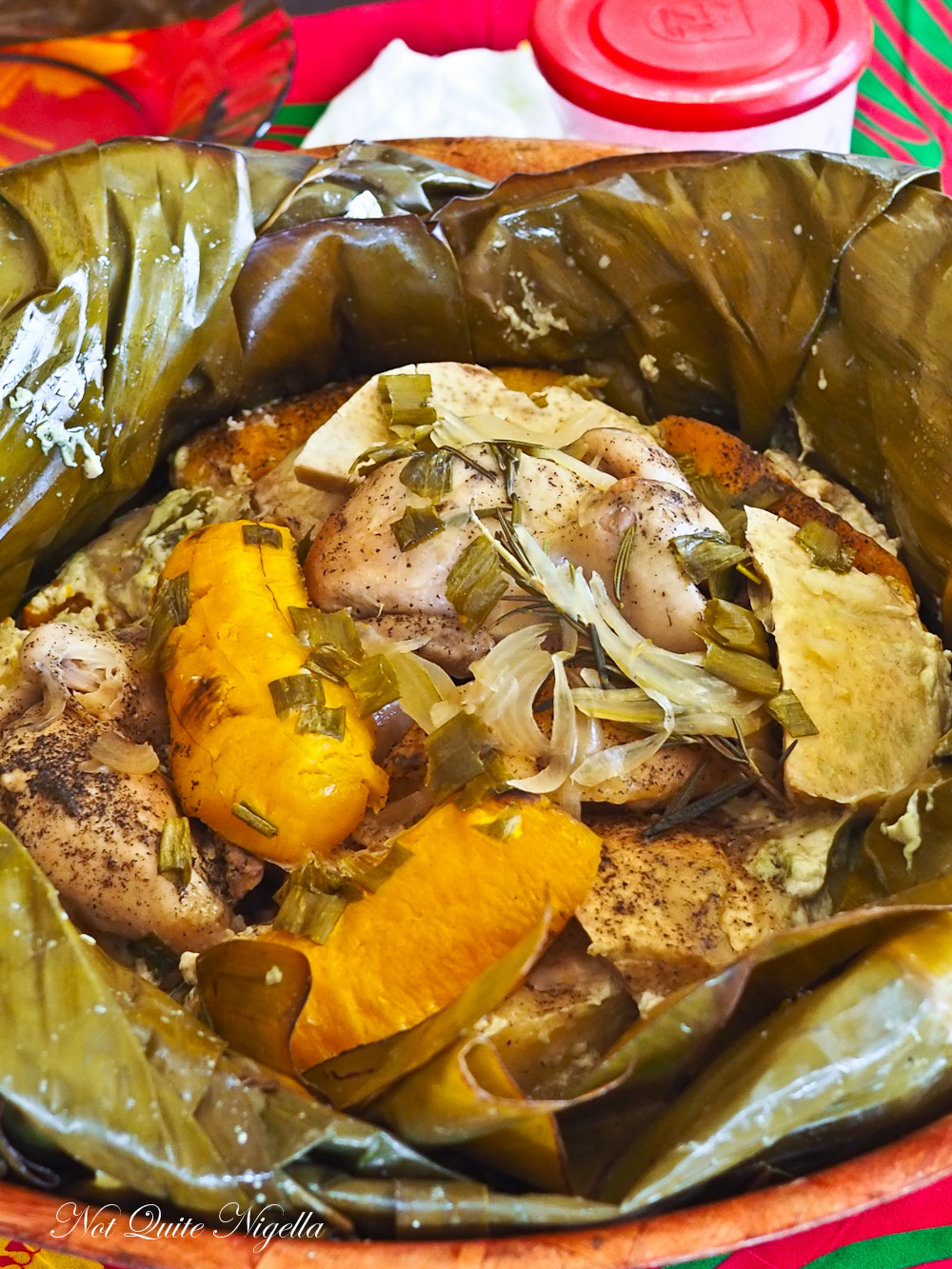 For significant events, the indigenous Kanak people prepare Bougna (pronounced boon-ya). It takes several hours and is usually several layers of banana leaves filled with seafood or quail with yam, taro, banana, herbs and freshly squeezed coconut milk. These are then tied up with coconut fronds and then baked in a Marmite or cast iron pot. It is utterly delicious and well worth trying although you may have to travel a couple of hours away to try one. 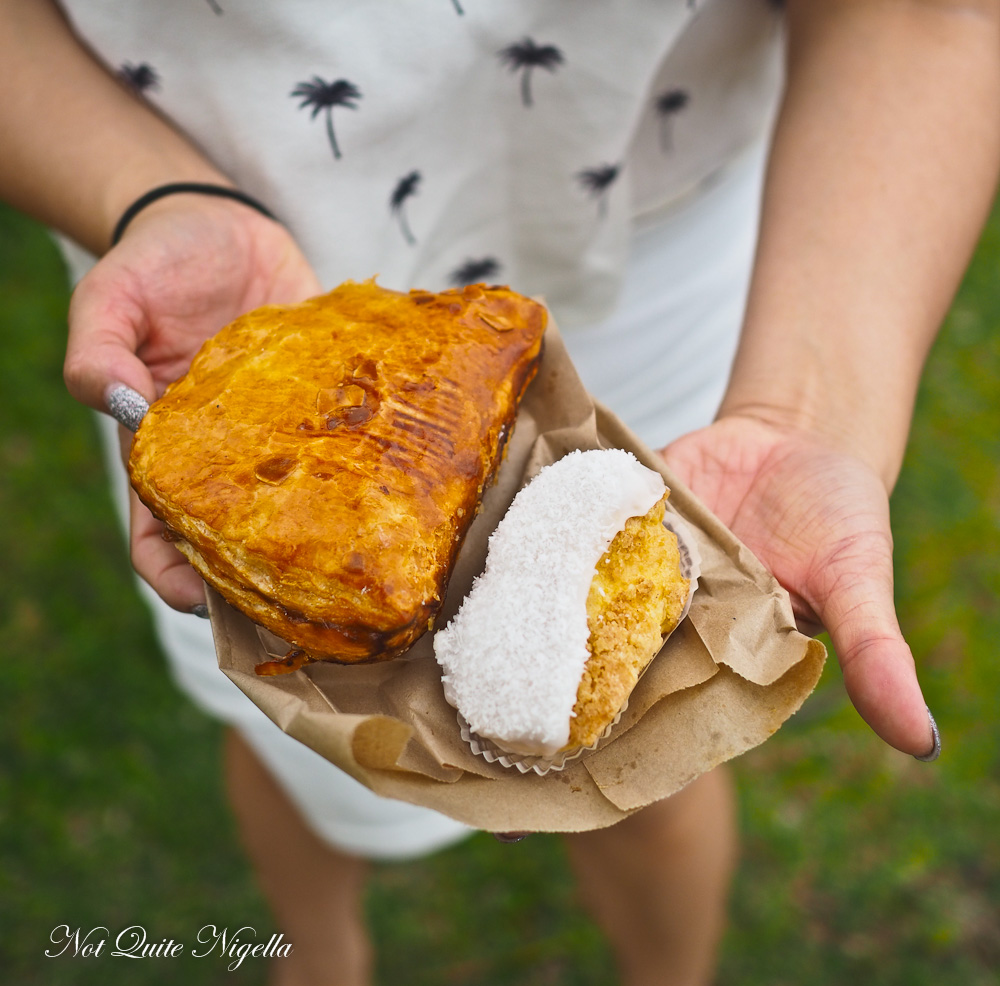 The French influence in New Caledonia is undeniable. There are plenty of stockist of all your favourite French items from wine escargot, foie gras and cheeses imported from France. But some bakeries like the A La Vieille France fuse local ingredients in French pastries like sweet banana pastries and coconut cream eclairs. 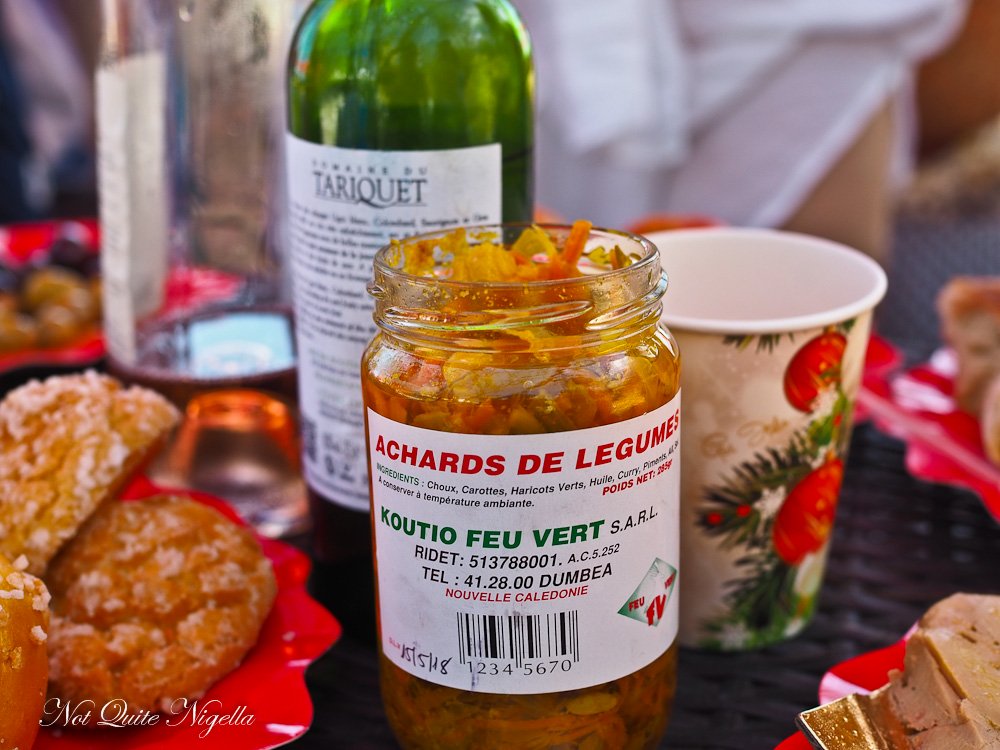 Achard is a French Mauritian condiment that looks like a pickle. It can be made from vegetables, lobster or fish chopped up or shredded and cooked with curry spices and piment d'esplette as well as oil. It is utterly delicious and the vegetable version Achard de legumes is absolute perfection with pate or foie gras with a fresh baguette. 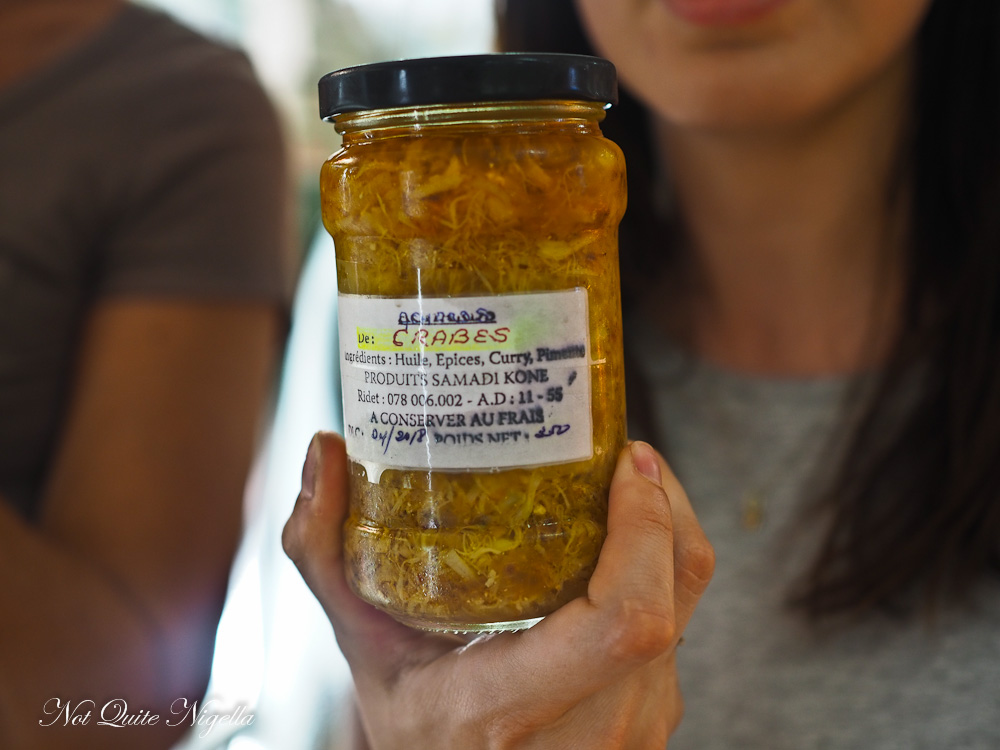 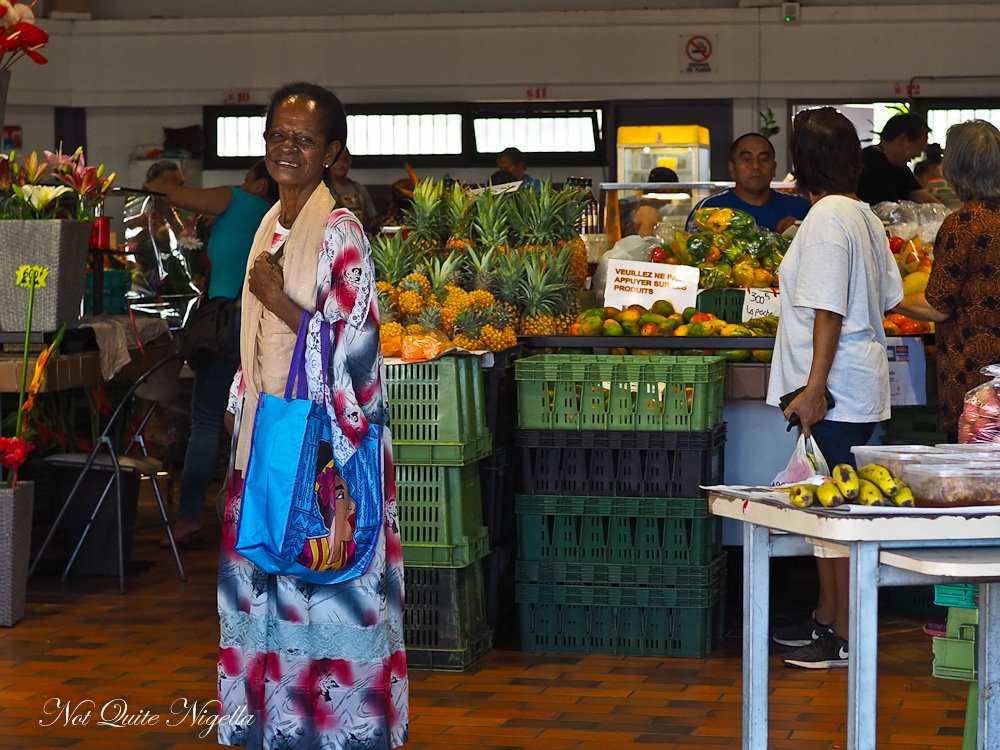 Make the most of the beautiful island setting by indulging in a favourite past-time of New Caledonians: a picnic. Buy produce from the daily market with everything from fresh tropical fruit, ready made Vietnamese food, vegetables, bread, rillettes and pates and olives. The supermarche sells wine (on Wednesdays, Fridays, weekends and public holidays be sure to purchase alcohol before noon). 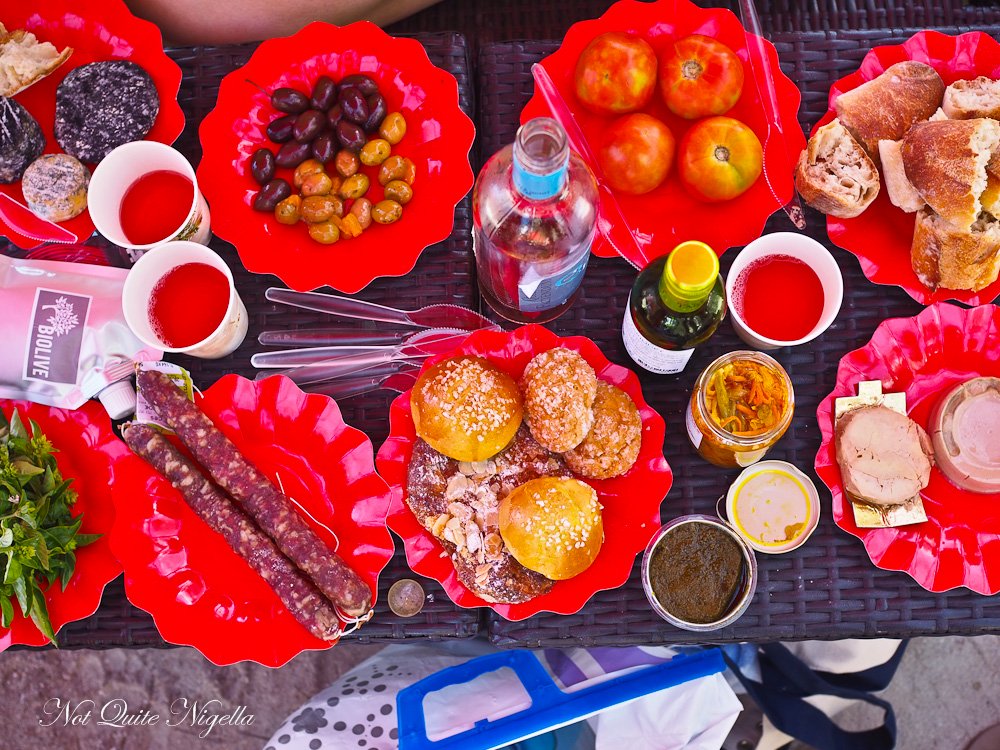 Then make your way to the shore or to Duck or Master Island for a seaside feast!

So tell me Dear Reader, have you ever been to New Caledonia? Would you try the bat stew and which preparation interested you the most?

NQN visited as a guest of New Caledonia Tourism. Some of the food in this post was independently paid for.