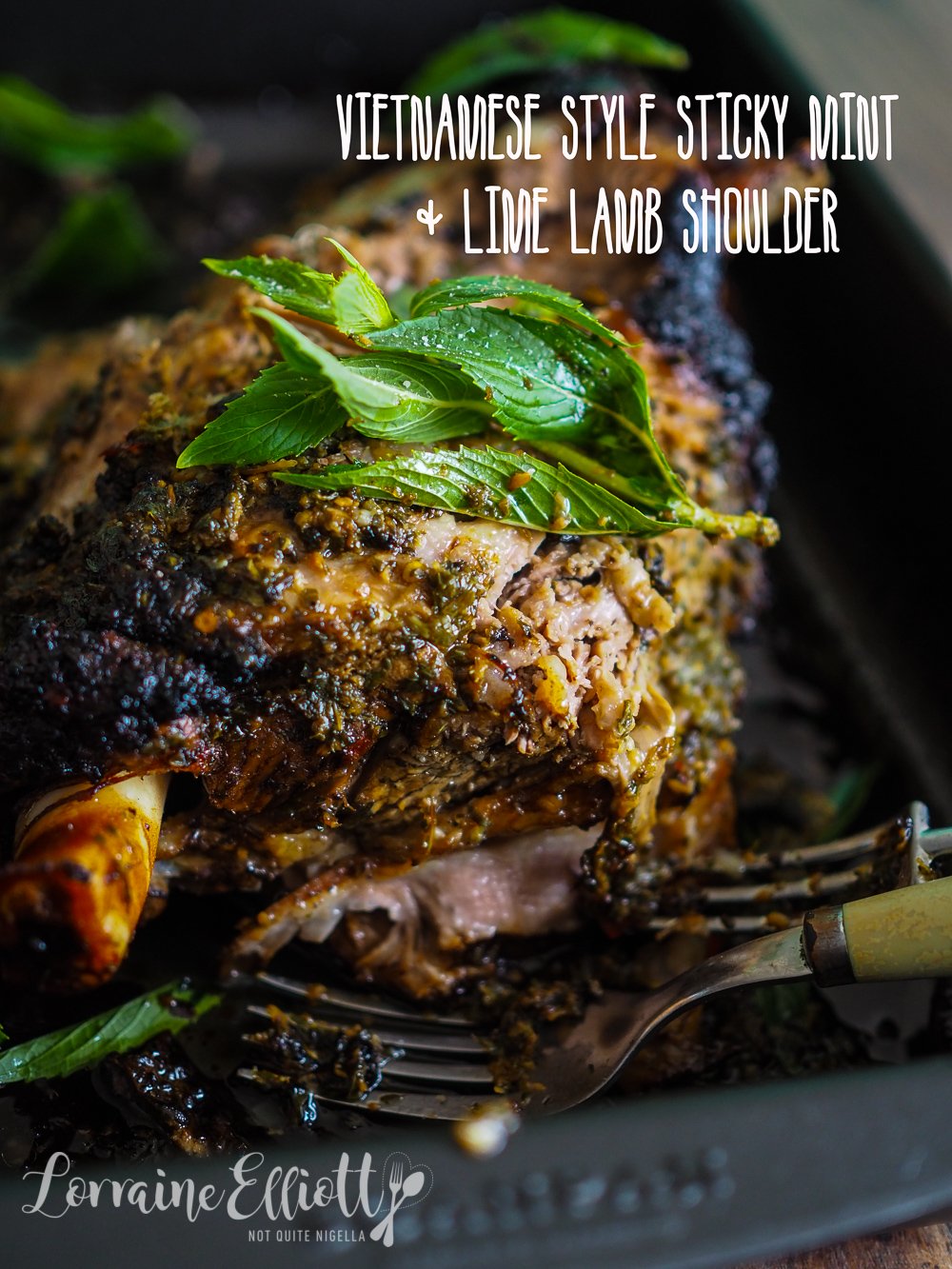 This delectable lamb shoulder is given a flavour boost with lime, fish sauce, chilli and garlic. Think of a gloriously fresh Vietnamese chicken salad flavour. Like lemon, lime gives the rich lamb a freshness and also tenderises the meat.

This is one of those recipes I made up because I had a surplus of limes. So many limes that I needed a big recipe. Limes can be expensive so when seeing a reasonably priced bag of a dozen limes, my first instinct is to buy it even though I have no plans for 10 said limes. Admittedly I forgot about them for a week or two and then I realised that I needed to do something with a lot of limes. 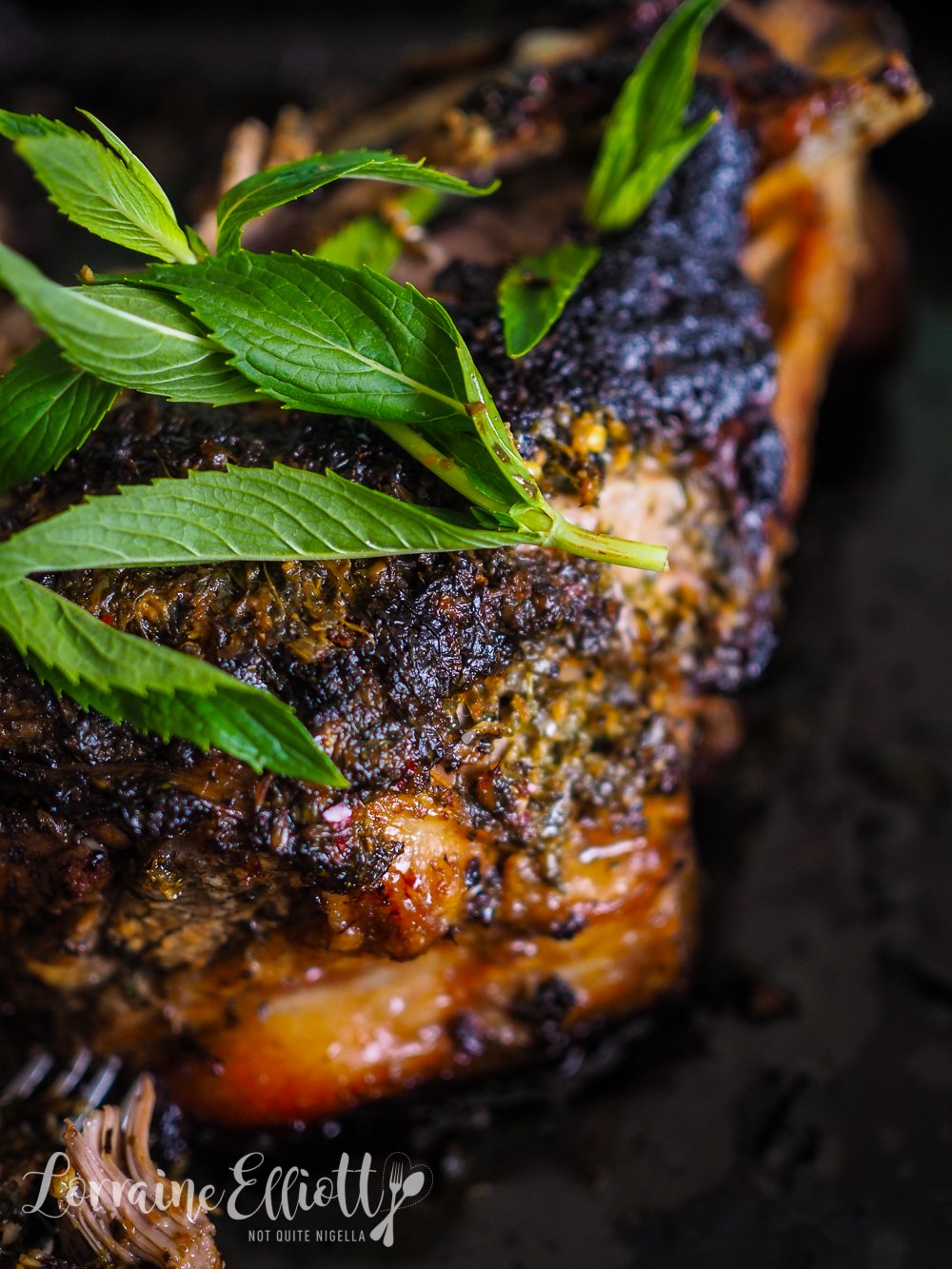 Enter this shoulder of lamb.

You will need between 5-10 limes for this recipe because you can never tell how much juice a lime will give. Limes remind me of when I was in LA with one of my food wives Laura. She and I were at Grand Central Market and we were enjoying a bit of downtime.

The itinerary had been frantic and while everyone else did a bike ride, she and I sat it out because I can't ride a bike well and she hasn't ridden a bike for over a decade and didn't want to risk an accident in LA traffic. Laura was coming down with a sore throat so we sat down at an old skool Chinese restaurant called China Cafe. We ordered a big bowl of won ton soup to soothe her throat. 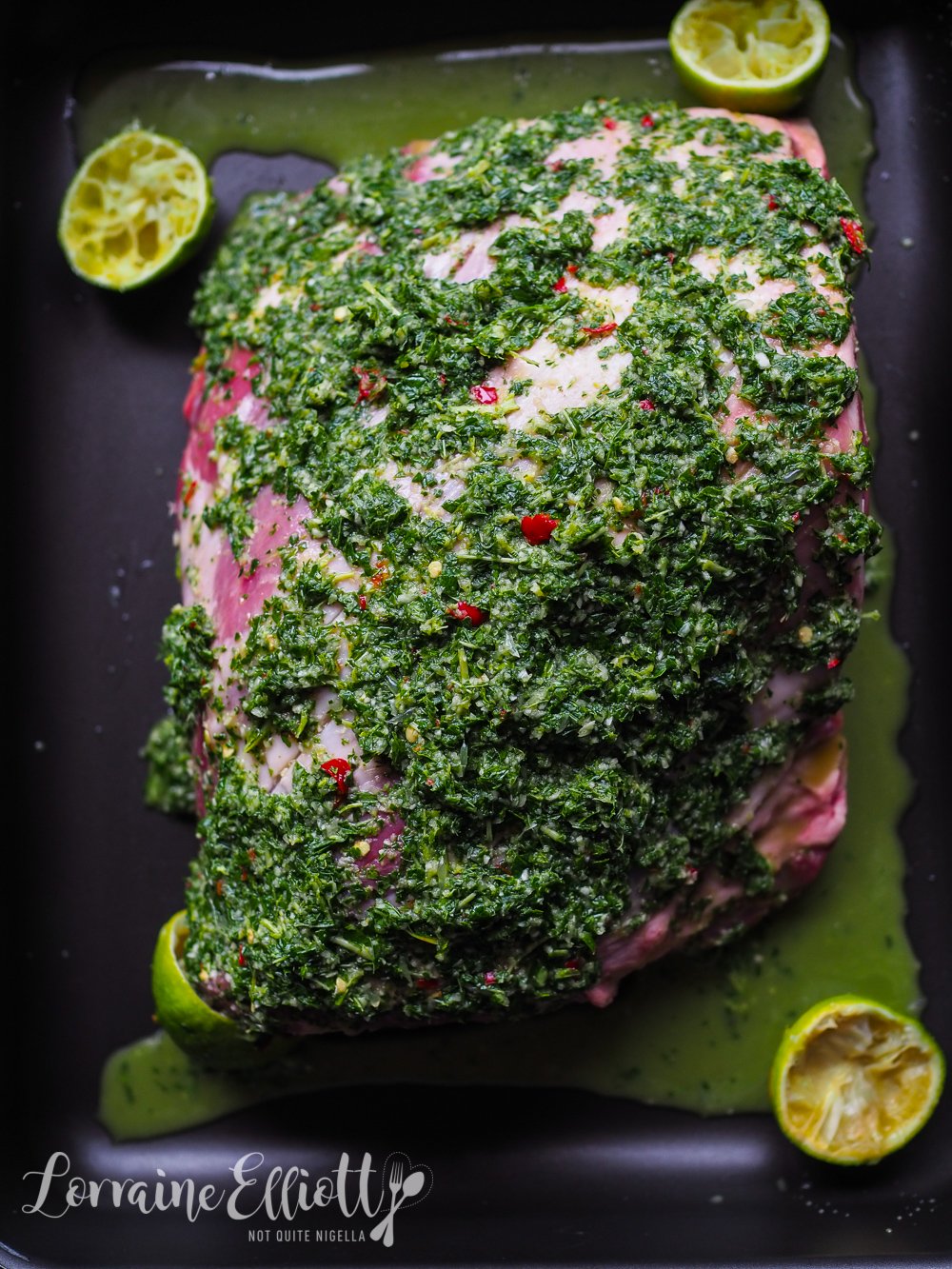 The two women next to us also had big bowls of soup but they had also ordered a bowl of rice. We watched as they brought out limes and avocado from their bags and proceeded to squeeze some lime juice, cut avocado chunks and added chilli oil to their soup. Then they spooned some rice and dug into their fortified won ton soup. "Genius," we whispered to each other admiring their idea.

They looked up and saw us watching them rapt and kindly offered us some avocado and lime. We took some avocado, squeeze some lime juice along with the restaurant's chilli oil and tried some. It was fantastic. Suddenly a mild, comforting almost medicinal soup took a sharp turn south towards Mexico and was given an injection of flavour from the chilli and lime and substance from the rice and creamy avocado. And now I have a new use for lime juice!

So tell me Dear Reader, do you tend to buy things if you see them at a bargain? And what do you use limes in? 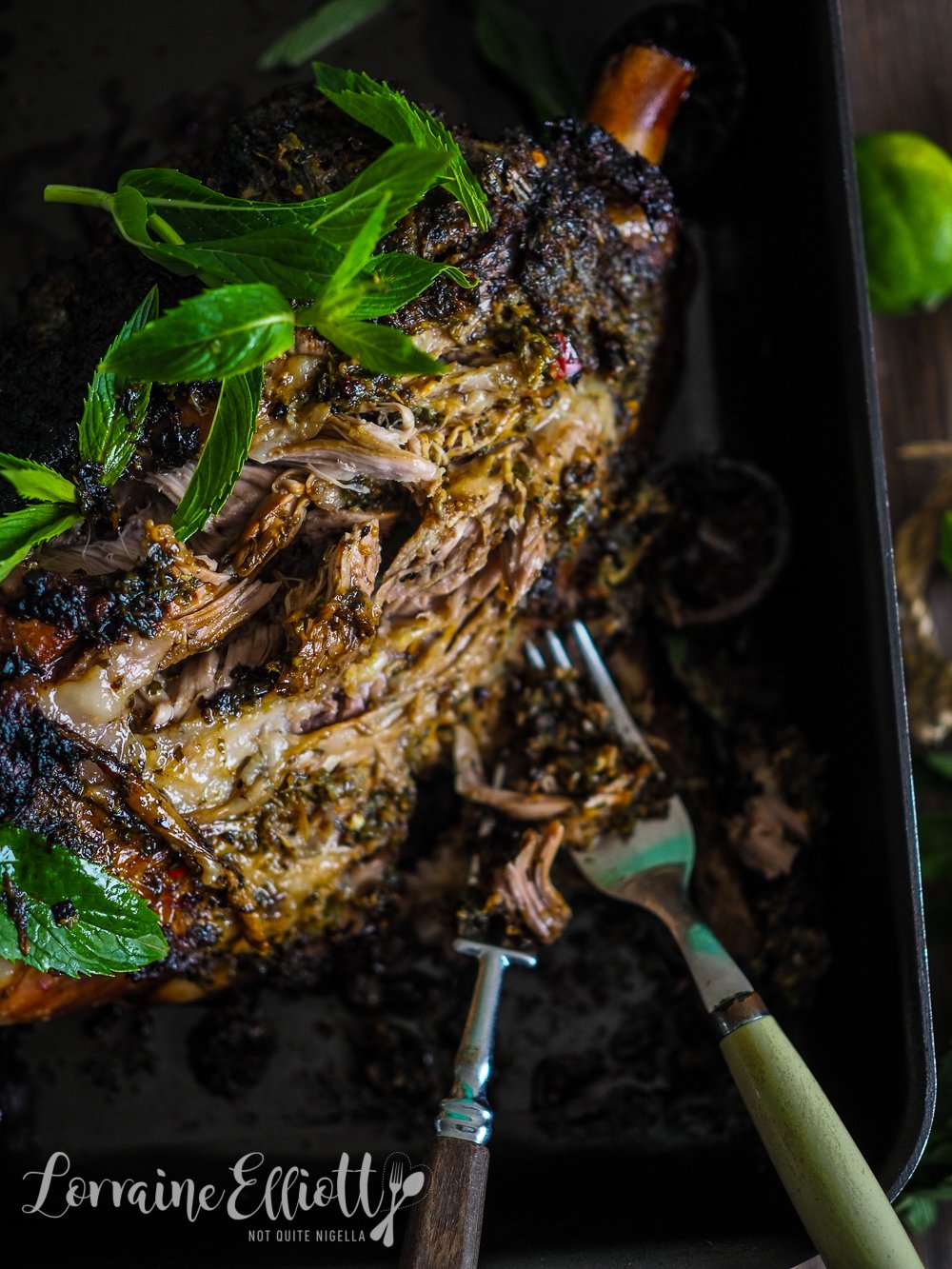 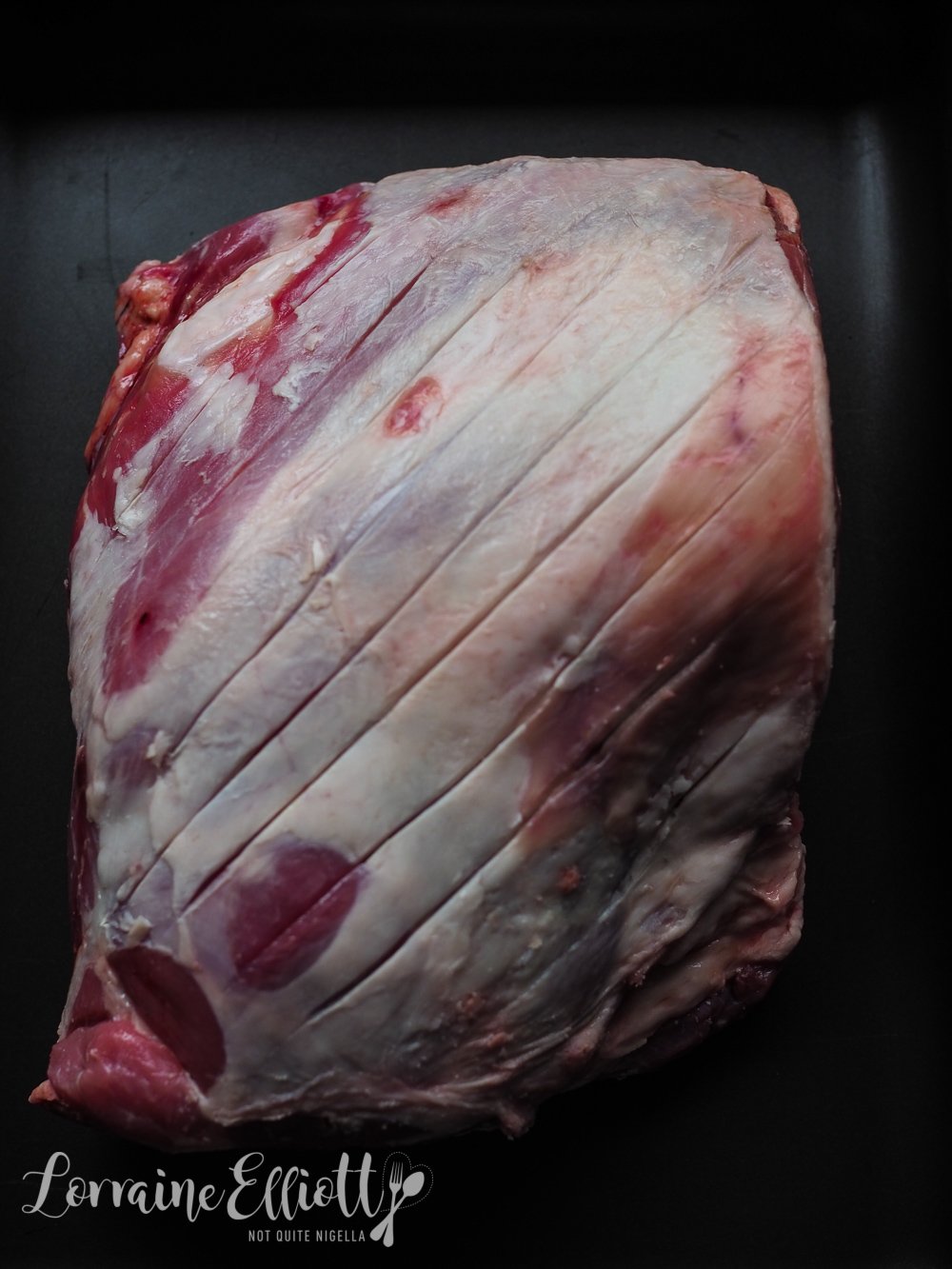 Step 1 - Take the lamb out of the fridge 1 hour before you cook it. Preheat oven to 170C/340F. Place the lamb in a deep baking dish and score the skin of the lamb shoulder. 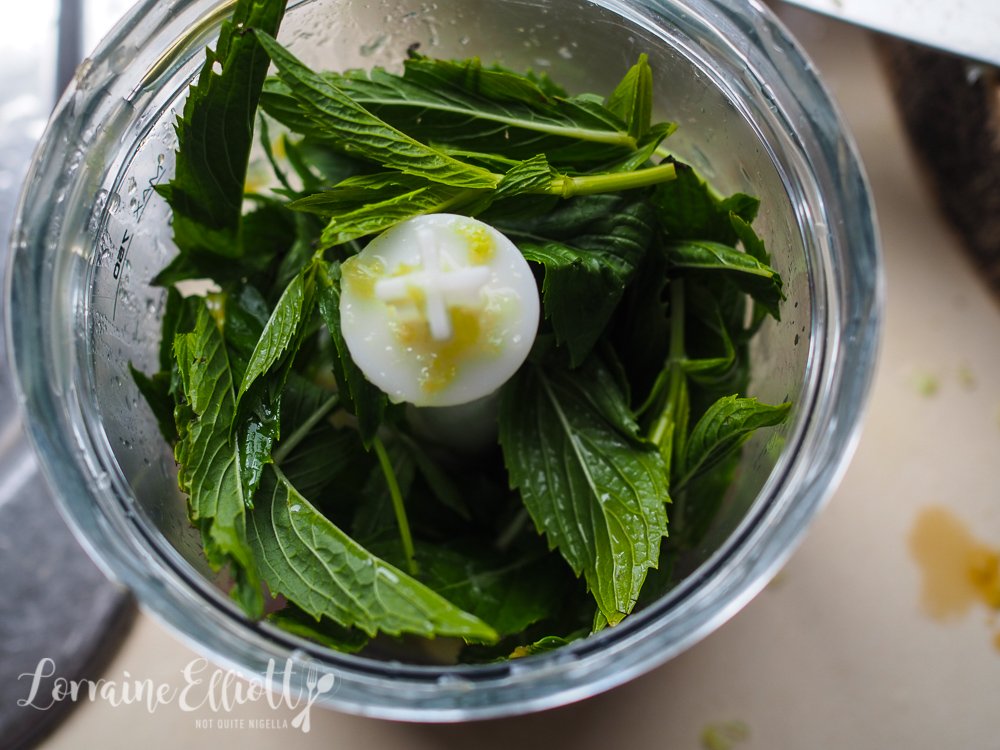 Step 2 - Place the garlic, mint, lime juice, sugar, fish sauce, oil and chilli in a food processor to make a paste. Spread half of the paste over the lamb shoulder (keep remaining paste in the fridge). 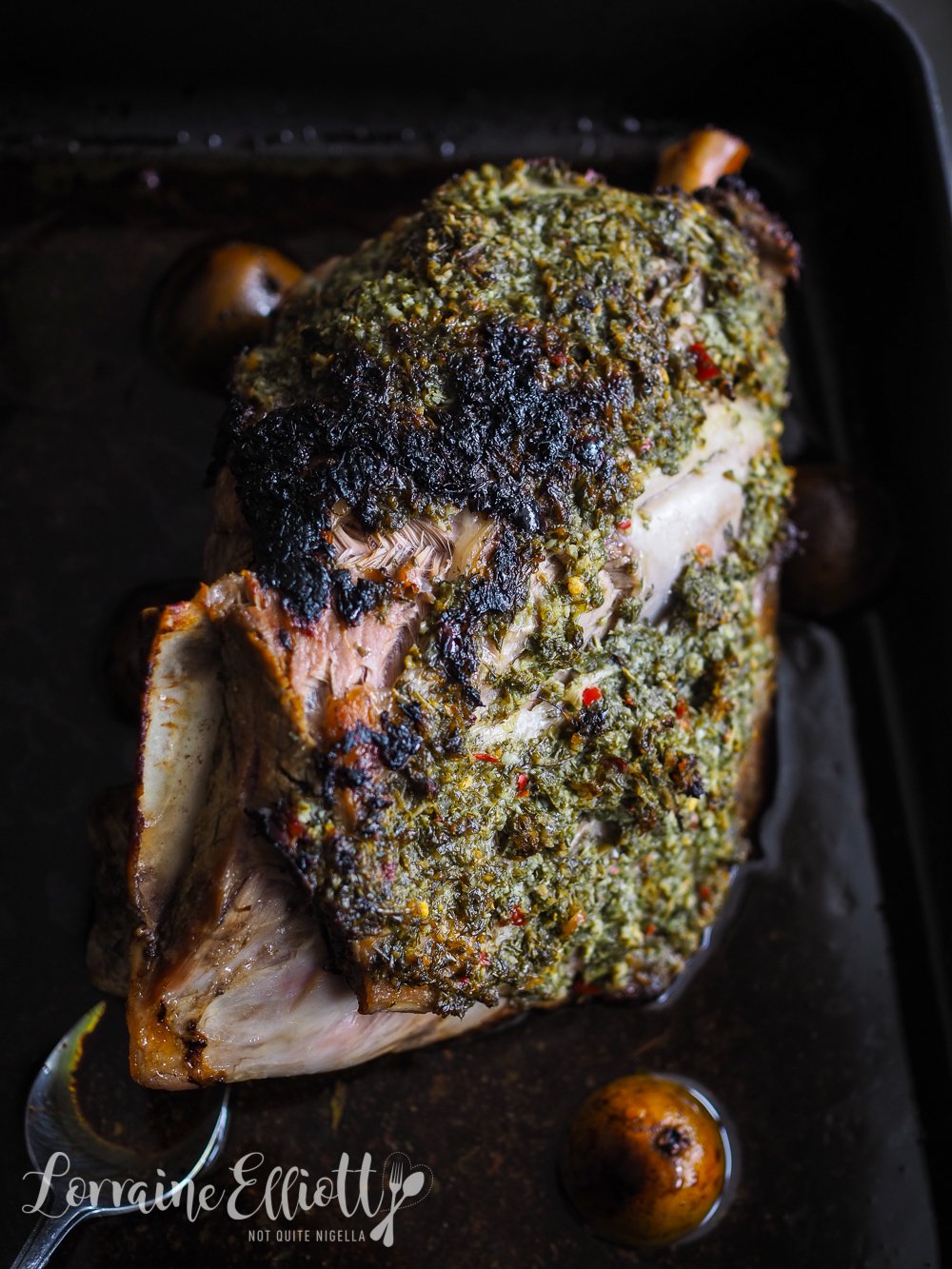 Step 3 - Add 1 cup of stock in the base of a baking dish around the lamb. Cover with foil tightly and roast for 4 hours. Every hour top up the stock by adding roughly 1 cup of stock every hour. Roast until the lamb is very tender and the meat apart easily. Serve with the remaining mint paste. 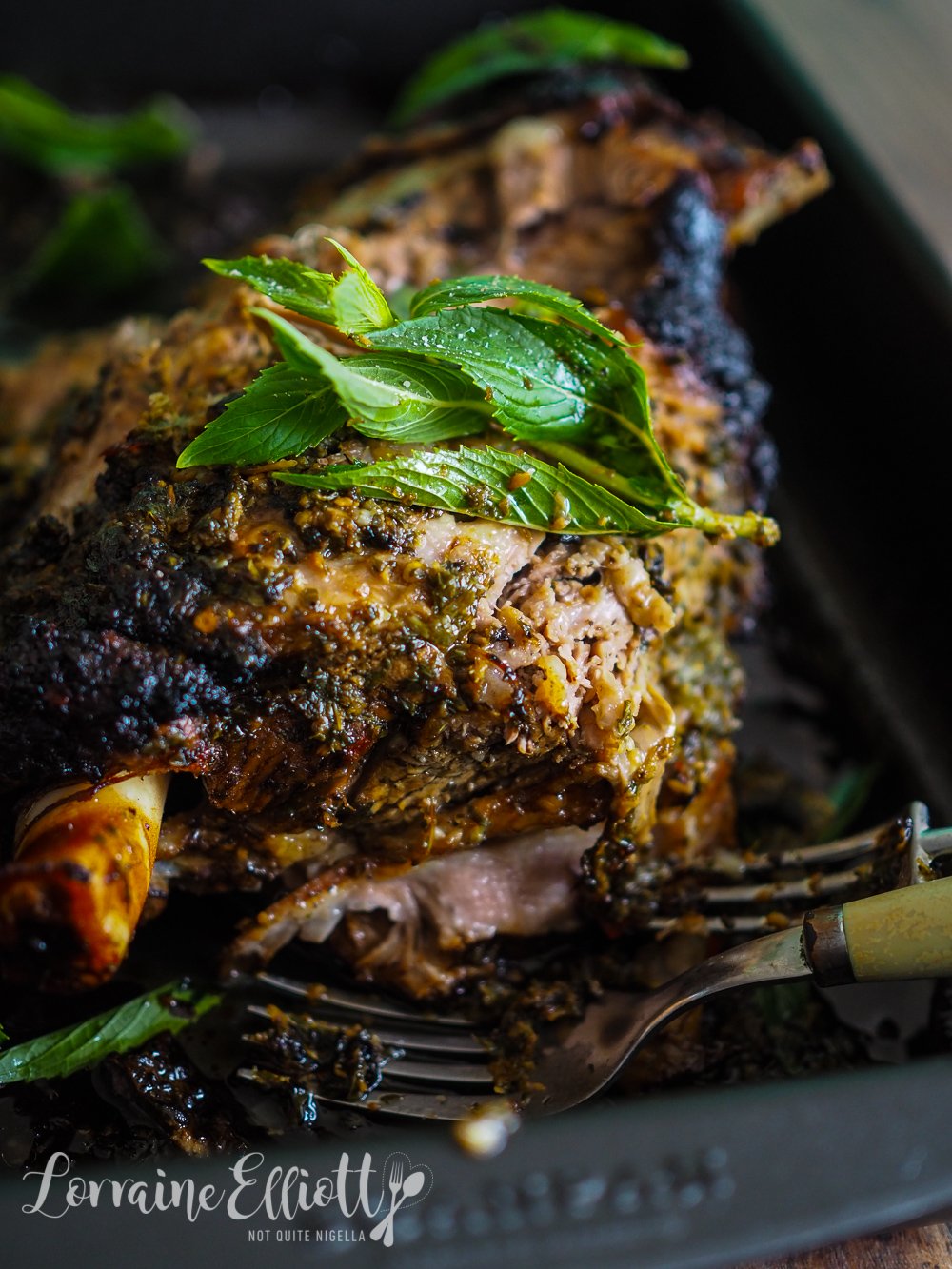