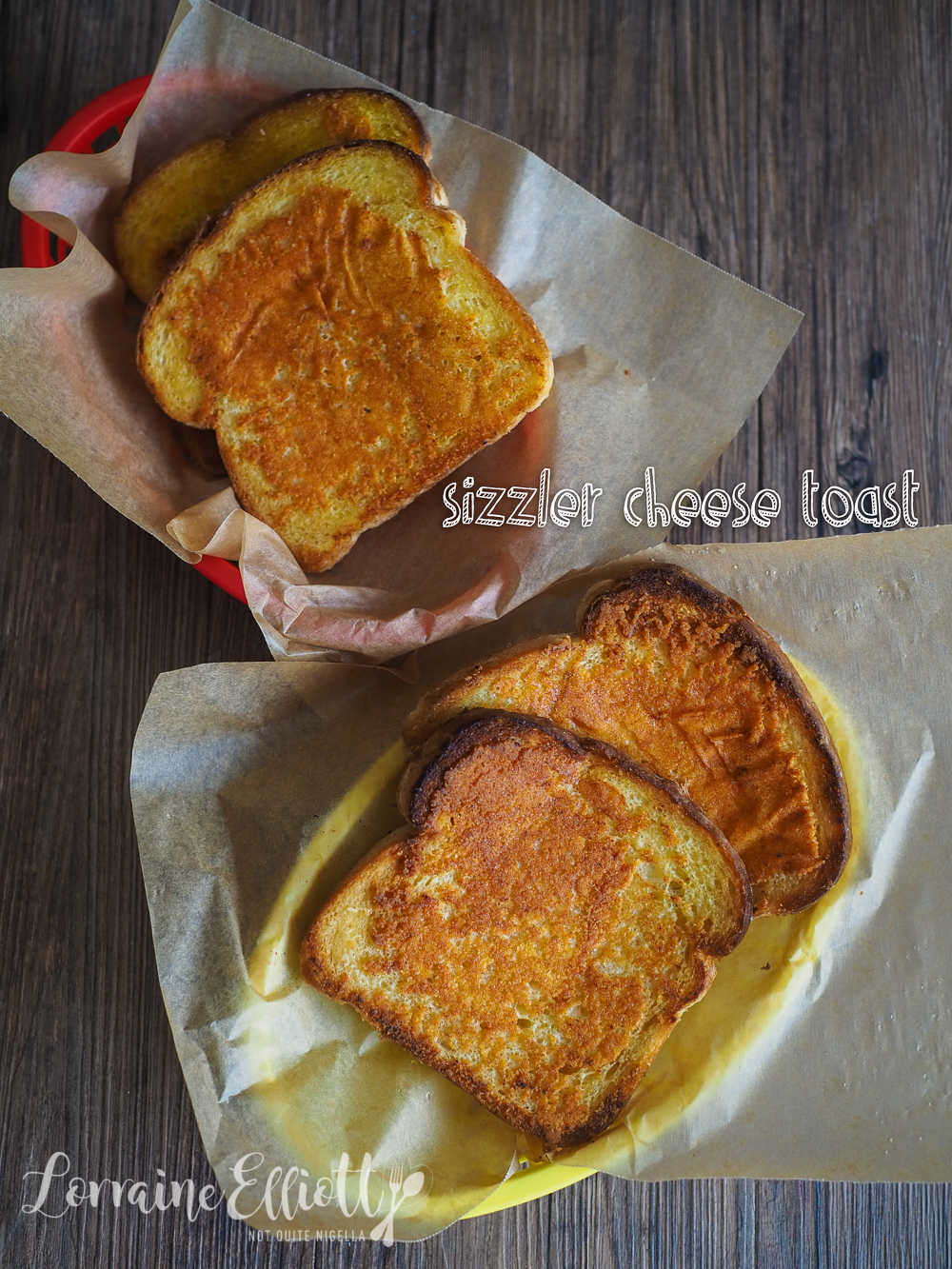 Sizzler Cheese Toast is probably the item that the chain was most known and loved for. Did you know that with just three ingredients you can recreate this cult Sizzler cheese toast at home? And they may not be the ingredients that you're thinking of!

Many people have had a guess on how to make Sizzler Cheese Toast. It usually involves parmesan cheese and butter on white bread. But recently Sizzler revealed the recipe when it closed down all of its Australian locations. It's actually pecorino cheese and margarine! 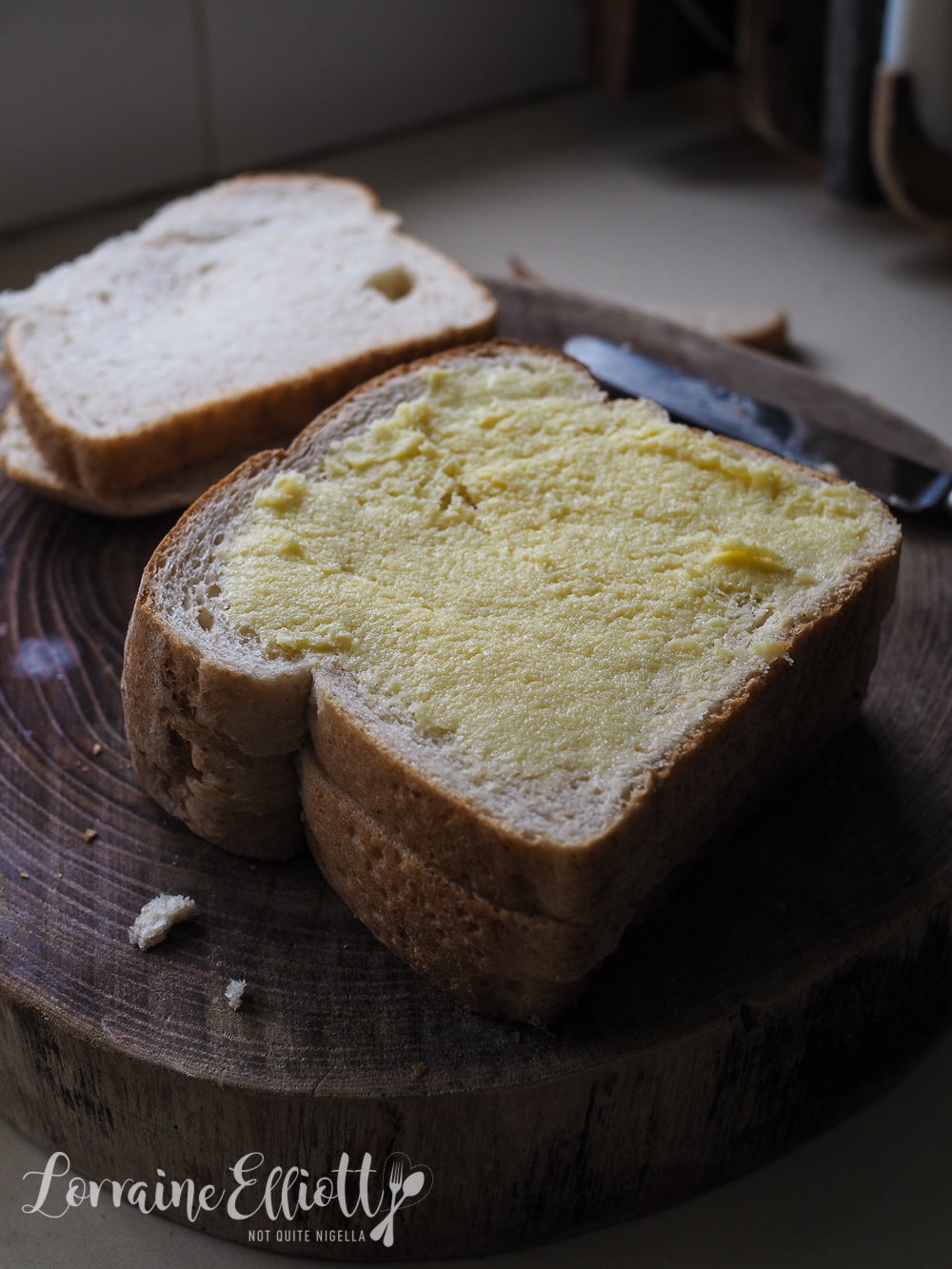 It's time for me now to confess that I have never had Sizzler cheese toast at a Sizzler. In fact I've never visited a Sizzler. So this recipe isn't really borne of me trying and tasting something to hack the recipe.

When I tried it I liked it but when I tried a few versions involving garlic, onion and chilli oil and then I understood why people loved it so much. It's also very easy and you can keep the cheese spread in the fridge for a couple of weeks so you can have it on hand. When I put this on my Instagram stories so many people recognised it immediately and asked for the recipe. 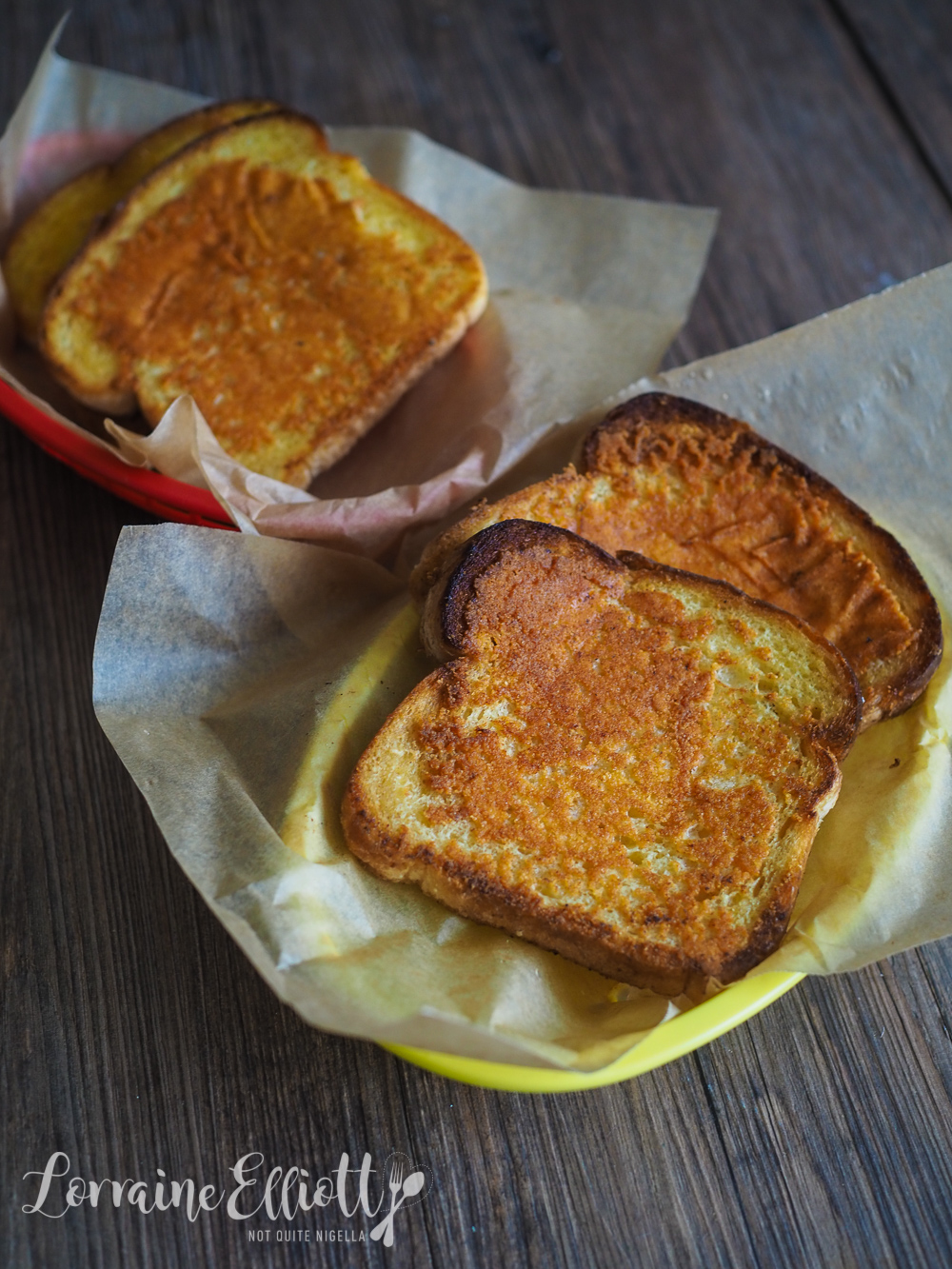 Also the method of spreading the outside of the bread with this cheese mixture is just a great idea for toasties. Make your cheese toasties using the cheese bread on the outside for extra crunch!

So now that I've had my Sizzler cheese toast which feels like some sort of rite of passage, I can tick that off my list. Another rite of passage that is a bit more typically Australian was when I was recently swooped by a magpie. Seriously, it was my first time and I was born and bred here!

I was taking Teddy for a walk one afternoon in mid November and I felt something suddenly hit me on the side of my head. I thought a small tree branch had fallen down. I looked up and it was a distinctive looking black and white magpie up in the tree. 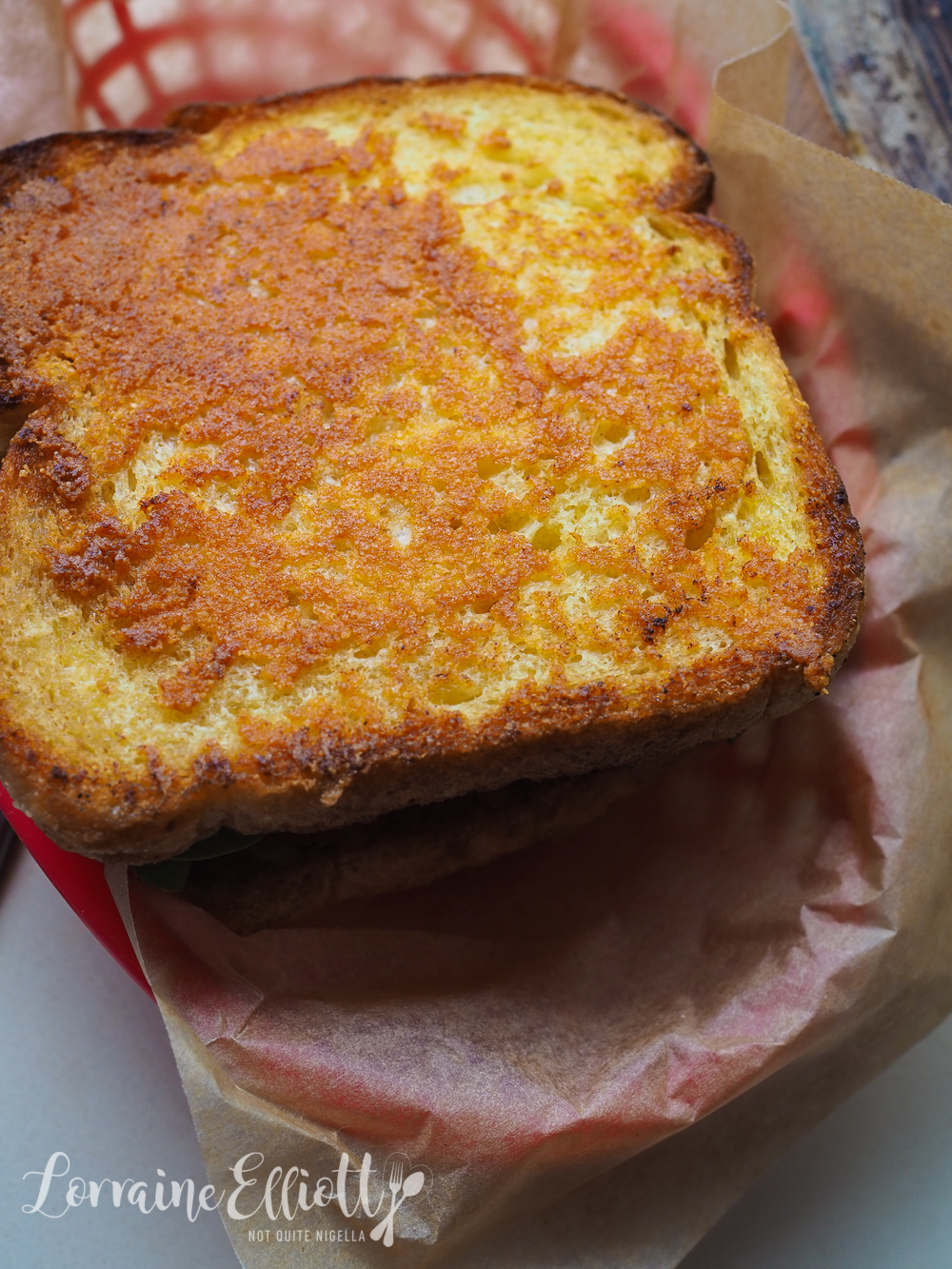 I got home and told Mr NQN, "There was this really unco magpie that flew into me, maybe it forgot how to fly," I said.

"You sure you didn't get swooped by a magpie?" he said. I was surprised and then after that I saw all the signs, literally the warning signs posted up on fences warning of swooping magpie season! Sometimes they peck at you, something then land on your head, sometimes they just bang into you on the side of your head!

So tell me Dear Reader, have you ever been swooped by a magpie? Have you ever eaten the Sizzler cheese toast? 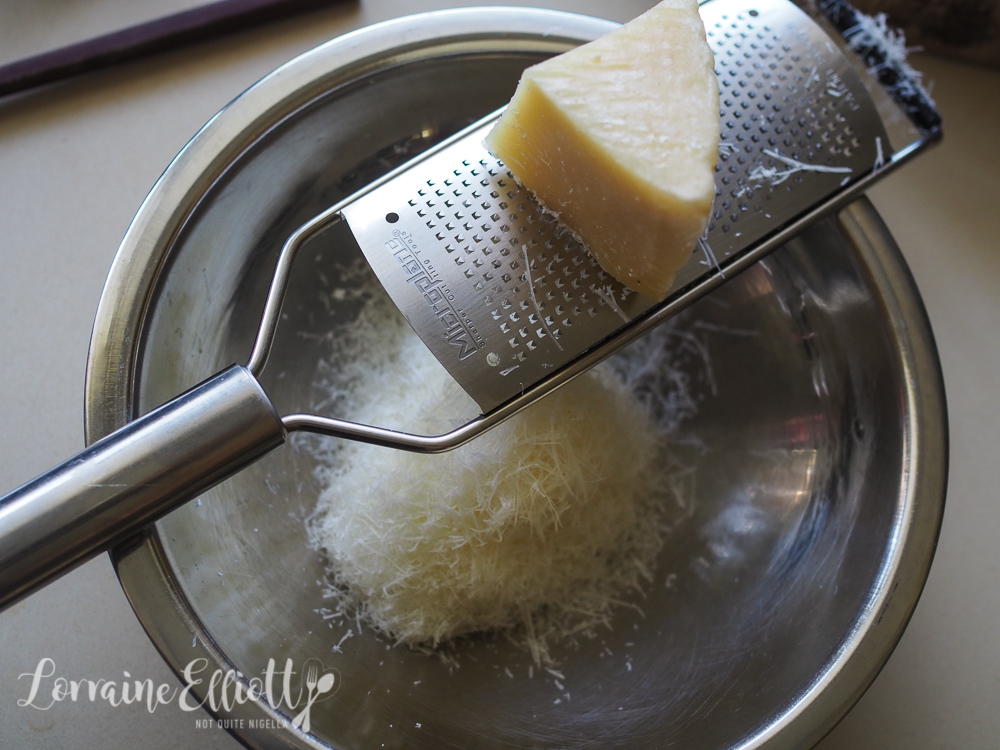 Step 1 - Mix the cheese and butter or margarine together. Spread on one side of the bread. Heat up frying pan until medium hot and then add some oil. Fry the toast cheese side down until golden brown - do not toast the other side. Remove from frying pan and serve. 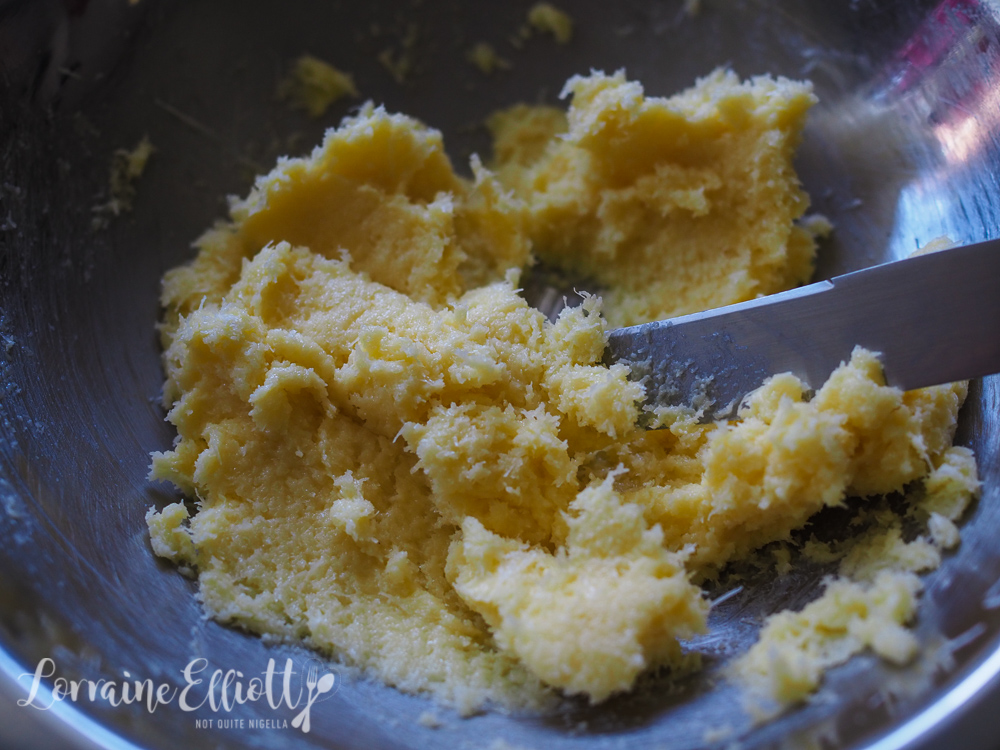 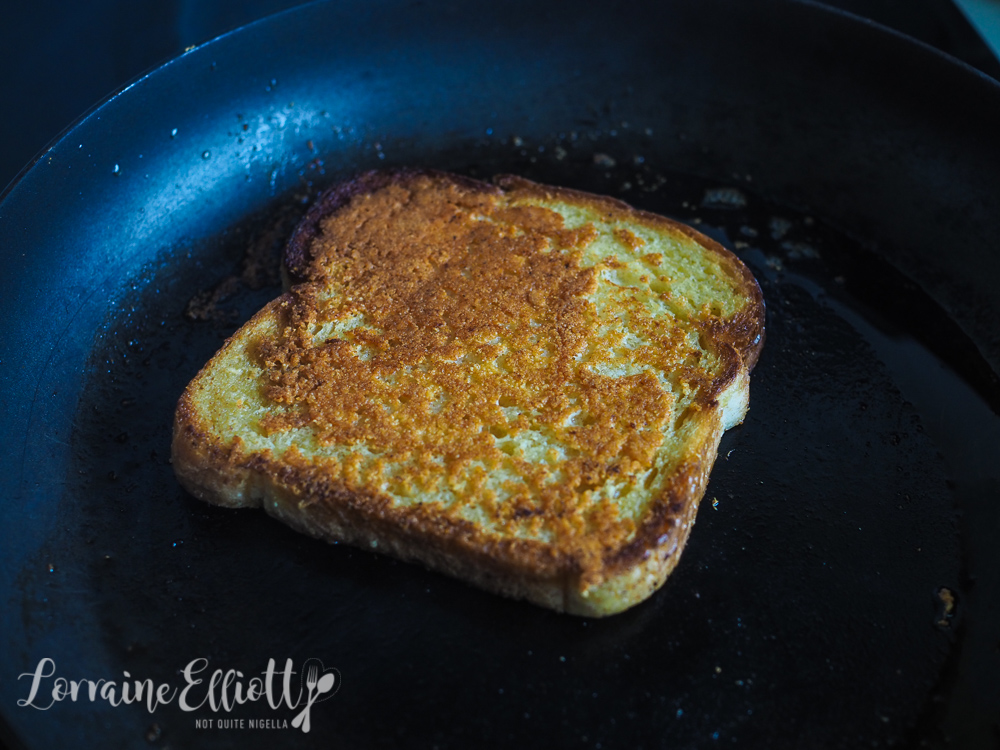