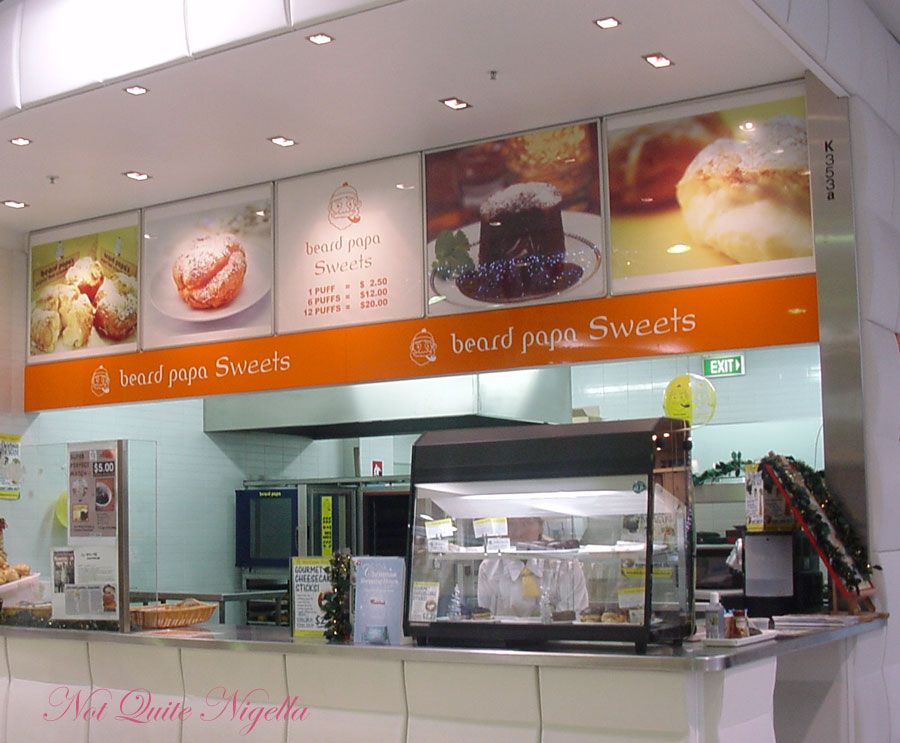 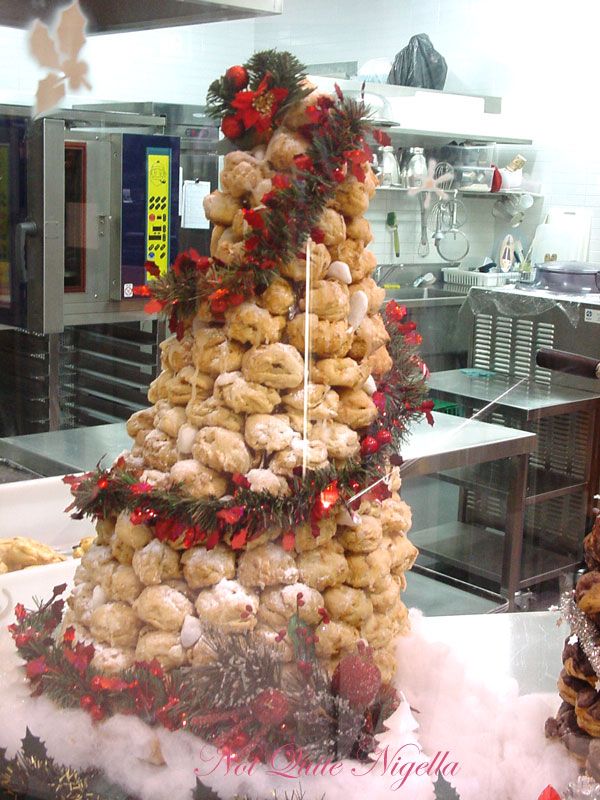 Ahhh what is this divine puffy choux that inspires rapturous musings and raves and a legion of imitators? Its the bizarrely named Japanese Beard Papa choux pastry. I had tried Barby's (ugh, never again!) and Puffy (delicious outer, average inner) so I was eager to try what some say is the "original". There are two Beard Papa stores currently in Sydney, one in Chatswood Westfield and one at Macquarie Centre. 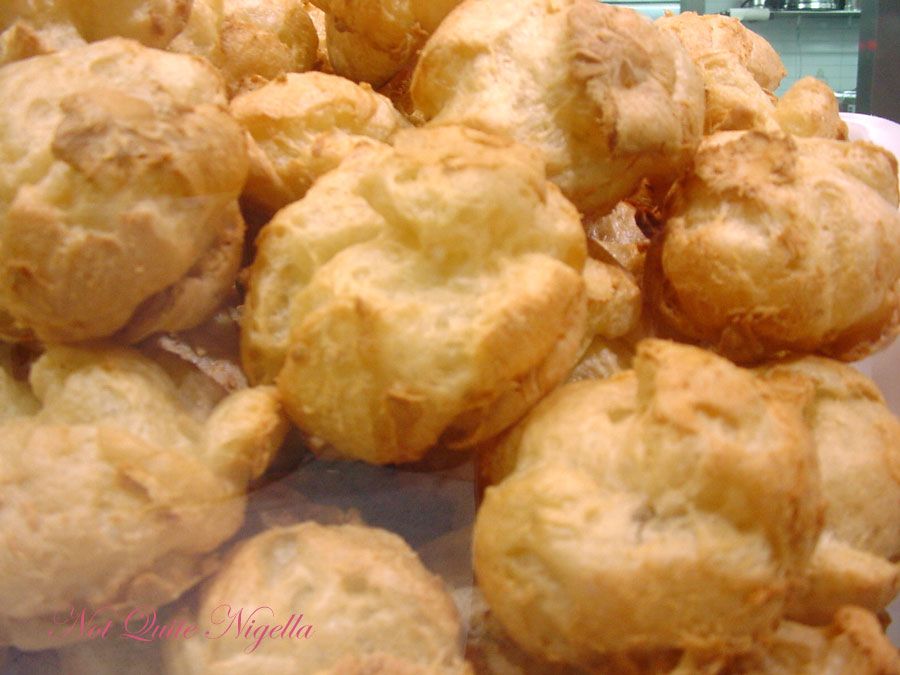 Alongside the puffs are an assortment of other sweets like Chocolate fondant (puddings), cheesecake sticks etc. I will not be distracted in my mission and I order one vanilla puff and one mixed berry (today's special along with chocolate). We watch her fill each puff to order. The service is very Japanese in cuteness and politeness although unlike Japan where you'd probably get a puff in an individual box, these are put into a paper bag which is decidedly less glamourous. 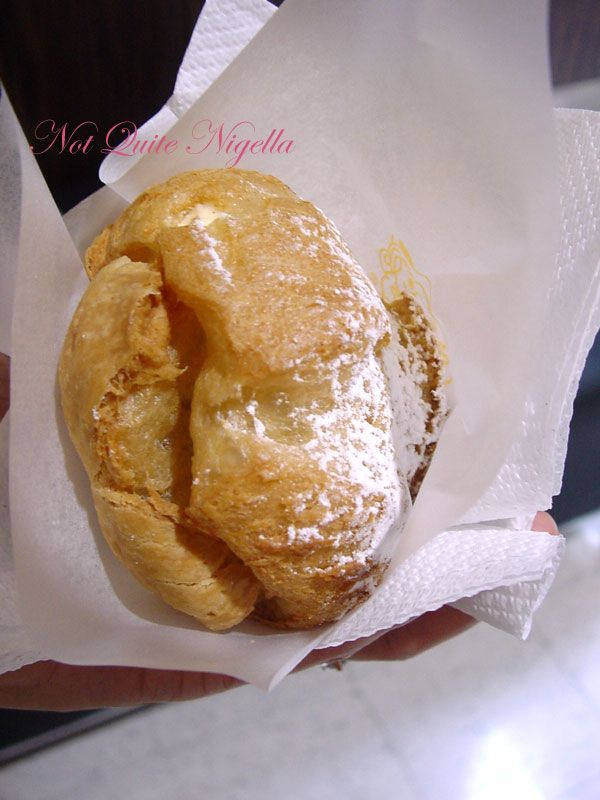 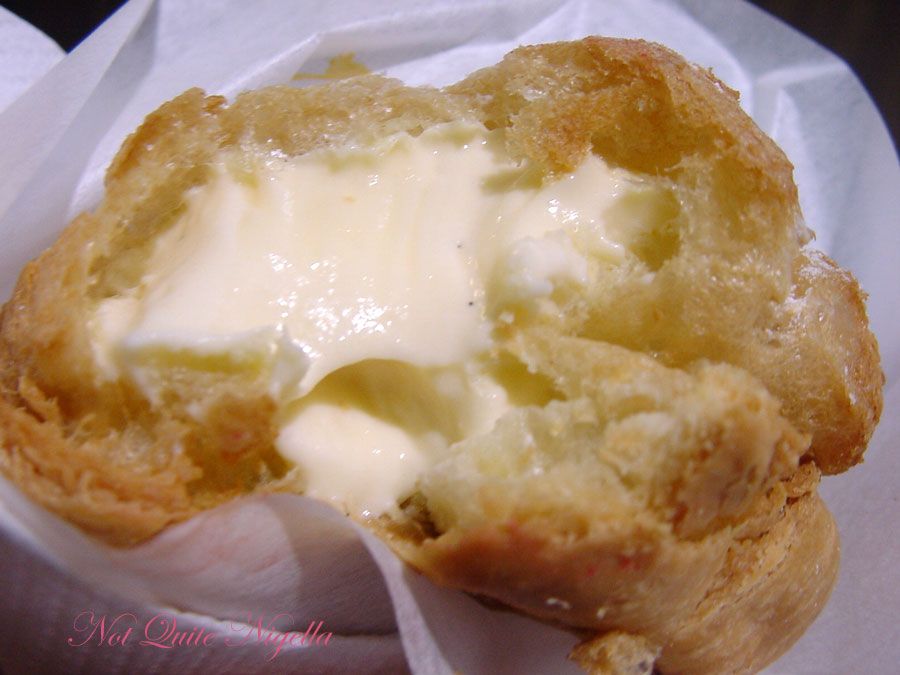 We try the vanilla one first, the choux is very crunchy and dry on the outside and the custard filling is like a creme patisserie inside. Its not particularly vanilla beany-as you can see in the pic the bean flecks are not really abundant (I only spy two measly specks in this pic!) but it is very rich and its filled to the brim with custard (Puffy's weren't and had a large gap). I don't know if I like the outer though as the Puffy choux had the most divine biscuitty crust on top which this is missing. Out of the two, sadly I am with the alleged imitator although the filling itself and amount of filling in Beard Papa's is better. 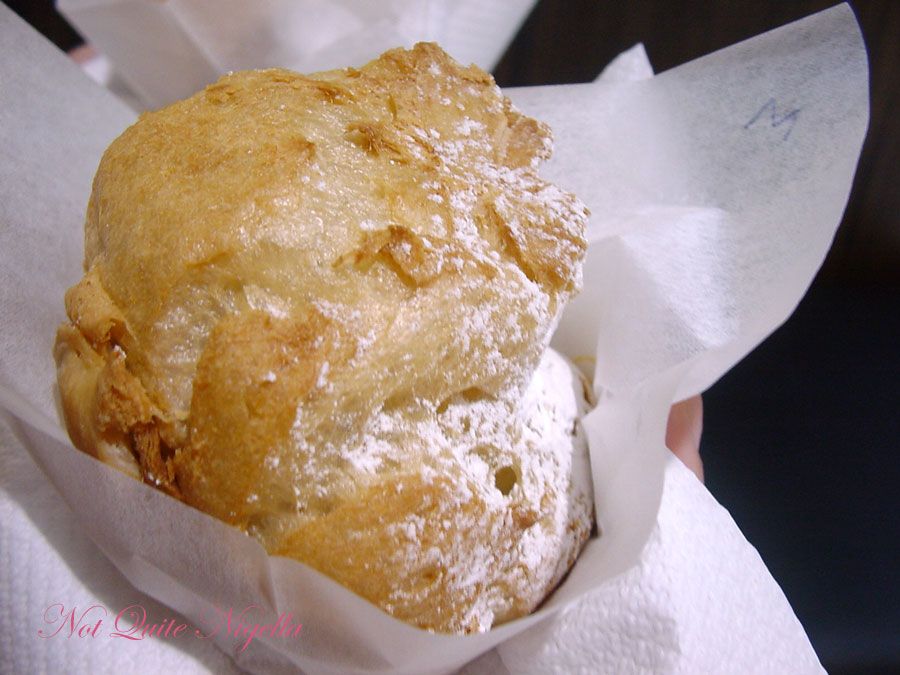 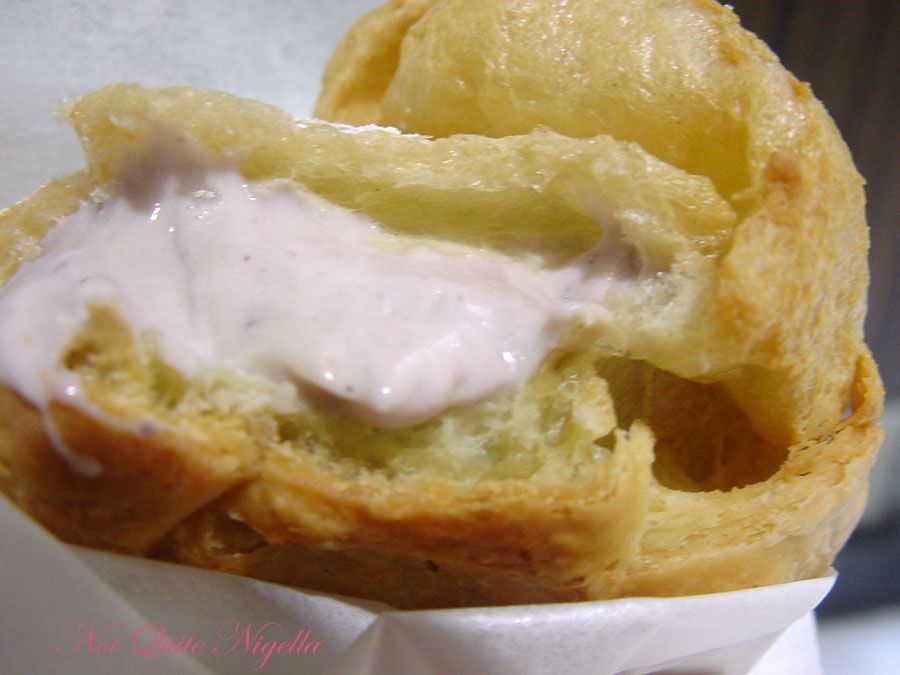 Next we try the mixed berry and whilst the outer is the same, the stronger and very authentic flavour of the berry is better with the dry choux. Its very similar in flavour to a creamy mixed berry yogurt without the bitterness and out of the two I prefer this.

So in my perfect world, old enemies would unite and produce a Superpuff, the biscuitty topped Puffy choux filled with the silky rich filled to the brim custard of Beard Papa!

P.S. A dear reader Nic tried a Puffy puff and reported back getting Vanilla bean in her custard so perhaps Puffy have improved the filling! 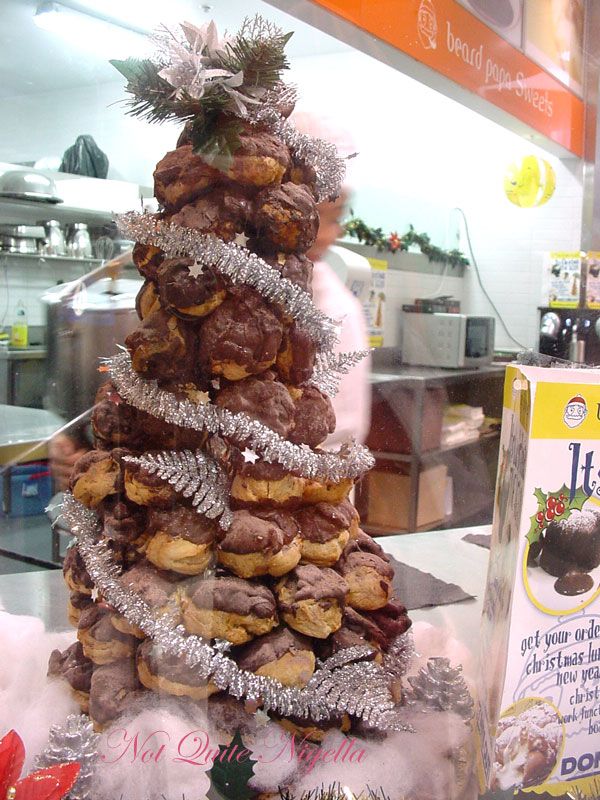