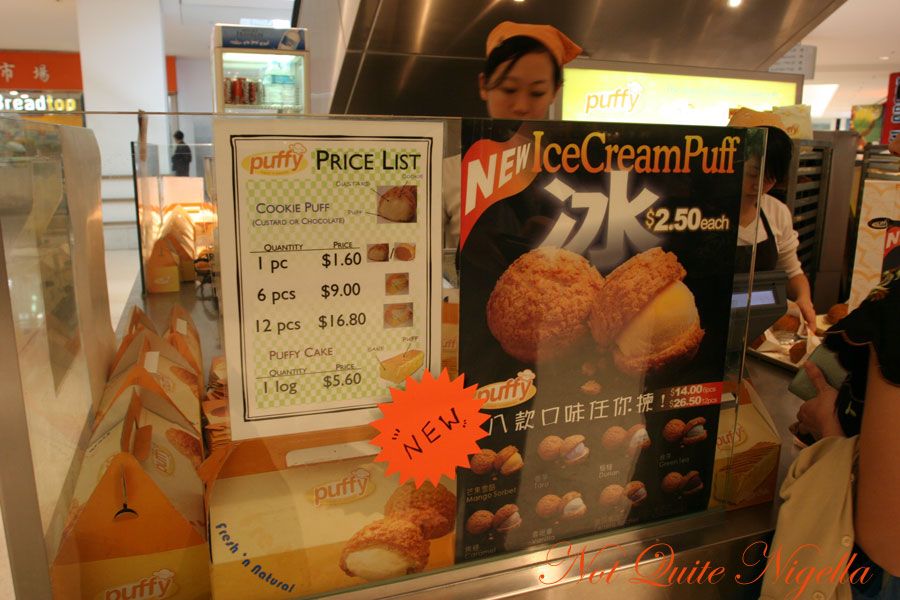 I realise that I'm in the minority as I prefer Puffy's cookie puffs to Beard Papa's puffs. Its purely the cookie crumb that attracts me. The filling in Beard Papa is better but I prefer Puffy's outer. So when we walk past Puffy one evening and I spy a new offering, a Puffy Ice Cream puff, I'm straight in the queue. With flavours such as mango sorbet, durian, green tea, caramel, ferrero rocher, vanilla, chocolate and taro, they're $2.50 each. 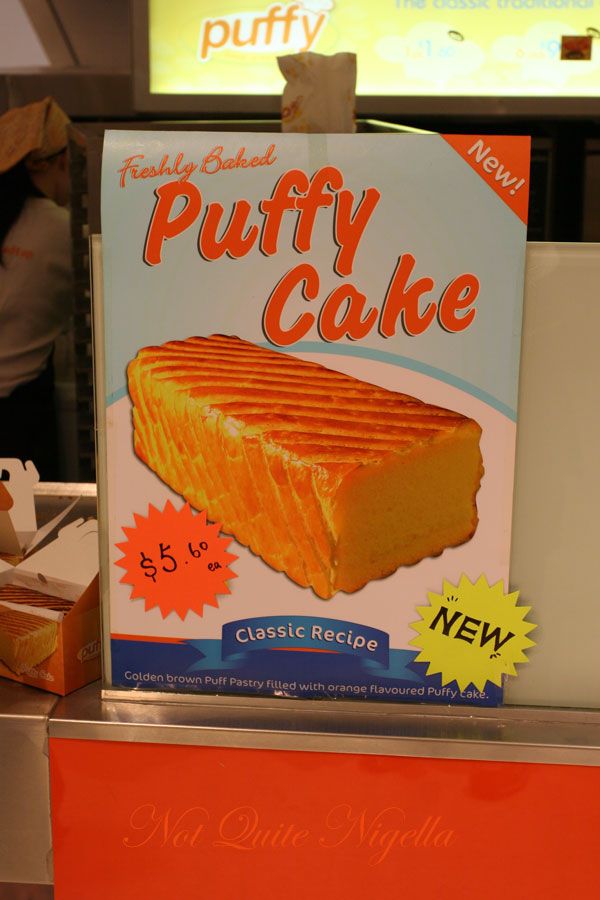 While waiting in line, I spy another item, a Puffy sponge cake. Described as a "Classic recipe" of Golden Brown puff pastry filled with orange flavoured Puffy cake I'm intrigued. At $5.60 I figure why not, it comes in its own cute little box (did I ever mention that I am a sucker for packaging?). 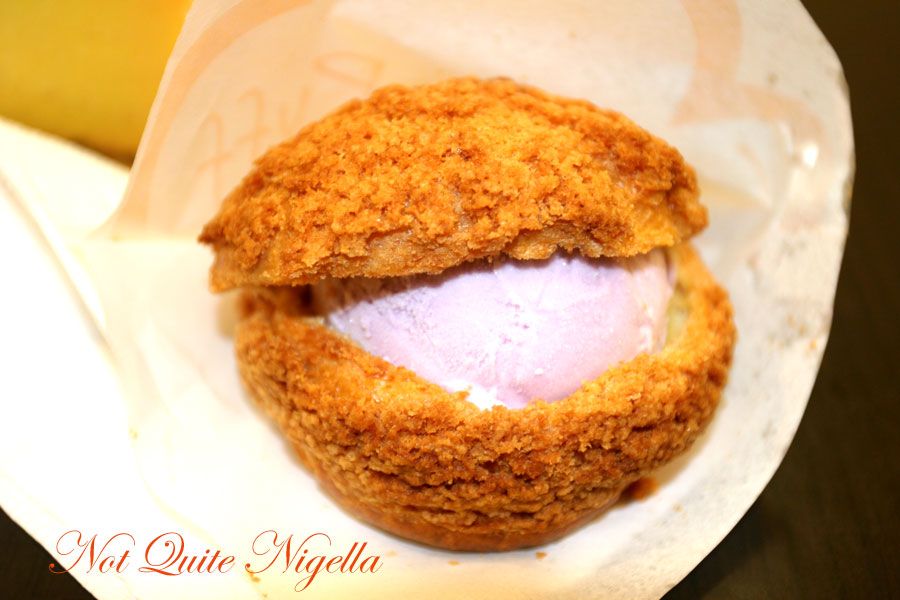 I order my taro flavoured puff and cake and go off to taste my chilly little globe of ice cream filled choux goodness. My first mistake is that I don't really like ice cream at a very cold temperature, preferring it to melt somewhat before tasting. Unfortunately the choux and packaging doesn't allow for my drips or slightly melted ice cream so I'm left to take bites of the ultra frozen ice cream and the cookie choux. I usually love taro flavoured things but this ice cream isn't to my taste and my sensitive teeth doth protest painfully so I pass it onto my husband. He enjoys the ice cream but concedes it was a pain in the bottom to eat and that he would've rathered a plain ice cream. 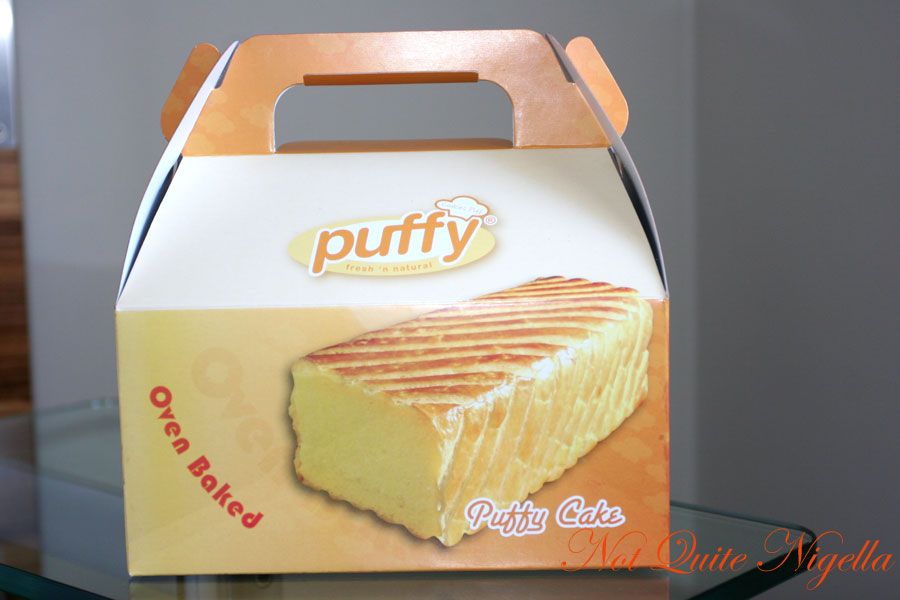 Back at the hotel, we open up the cake to find a convenient set of forks and a knife inside and although plastic, the knife is surprisingly able to slice through the cake's puff pastry shell. It appears to be a puff pastry outer and a plain sponge inside. The puff outer is sweet and prettily patterned and the sponge inside is very soft and fresh but very, very lightly orange flavoured. Its the typical type of sponge that you'll find at any Chinatown bakery-usually split and spread with mock cream whereas this one isn't and as a result it comes across as dry and about as boring as it comes. Qu'elle disappointment. I think I'll stick the the regular puffs. 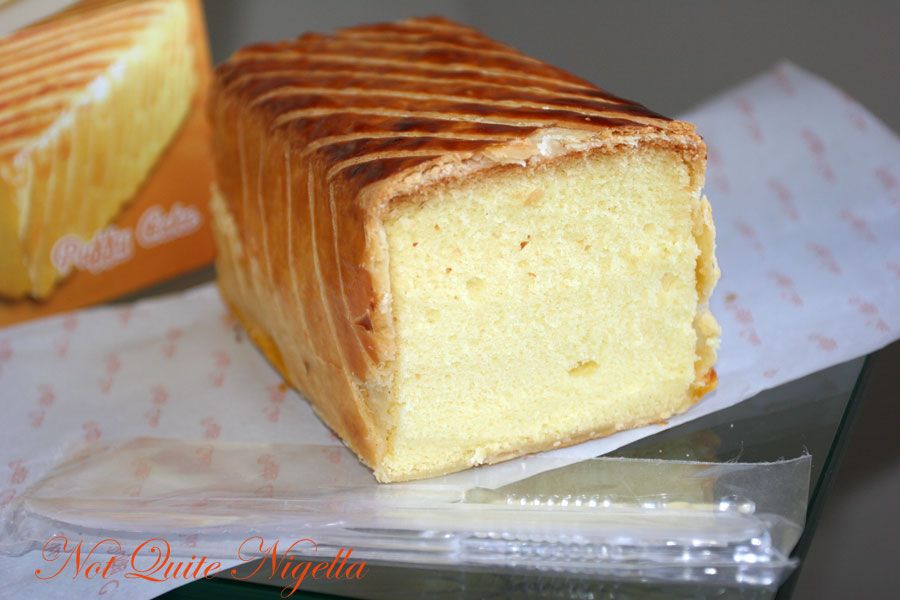 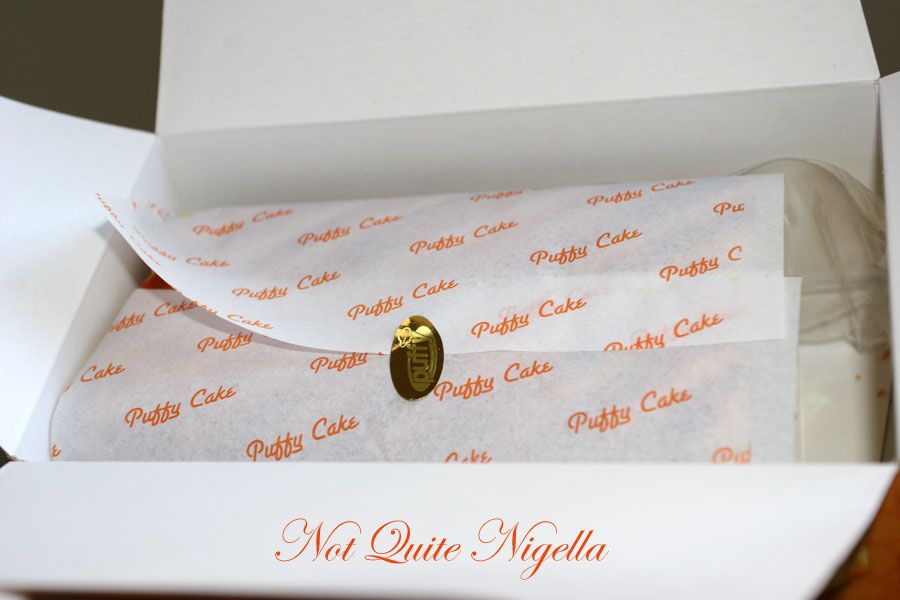