Ahhh Kirribilli markets, one of my favourite markets, it seems like a long time since I last saw you. Indeed it really was as mid December was the last time this markets came about as January's fell on Australia Day and they canceled them. Thankfully a friend is a stall holder and told me about the cancellation or I would've been rather annoyed at turning up!

I go for the clothes but I also go for the food. I could wax lyrical about the gozleme (ok I have already) but as this is a new year, I am determined to try new food. 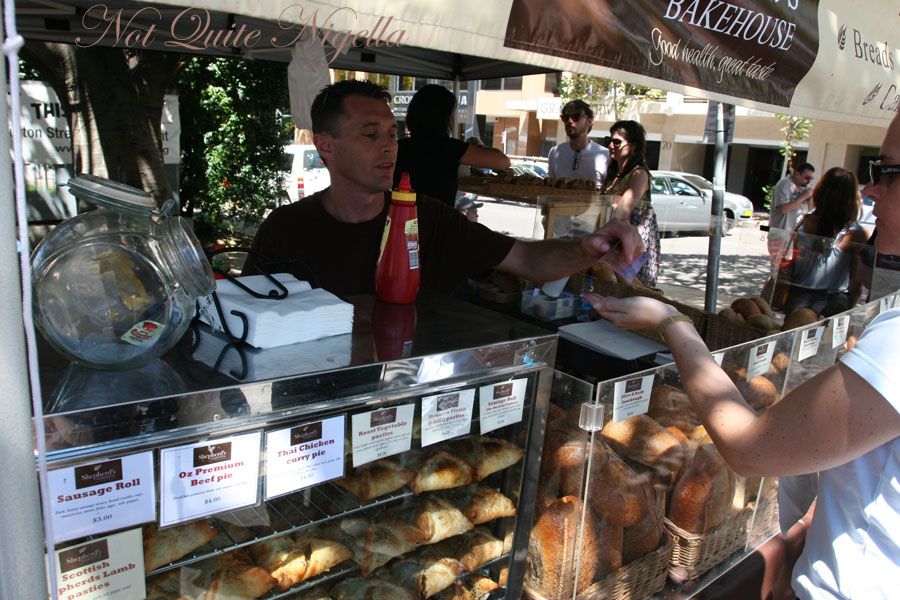 For lunch we stop by Shepherd's Bakehouse which is apparently home to the largest selection of sourdough in Australia. From looking at their brochure, there are 12 varieties ranging from white and wholemeal to more interesting flavours like Lemon Myrtle, Bush Tomato and Spelt ($6 each). I make a mental note to buy a loaf next time. I pick up a Russian Farmer's sausage roll ($3) as it sounds like the Russian Farmer's sausage that I bought from Eumundi Smokehouse as well as a Scottish Shepherd's Lamb pastie ($4). 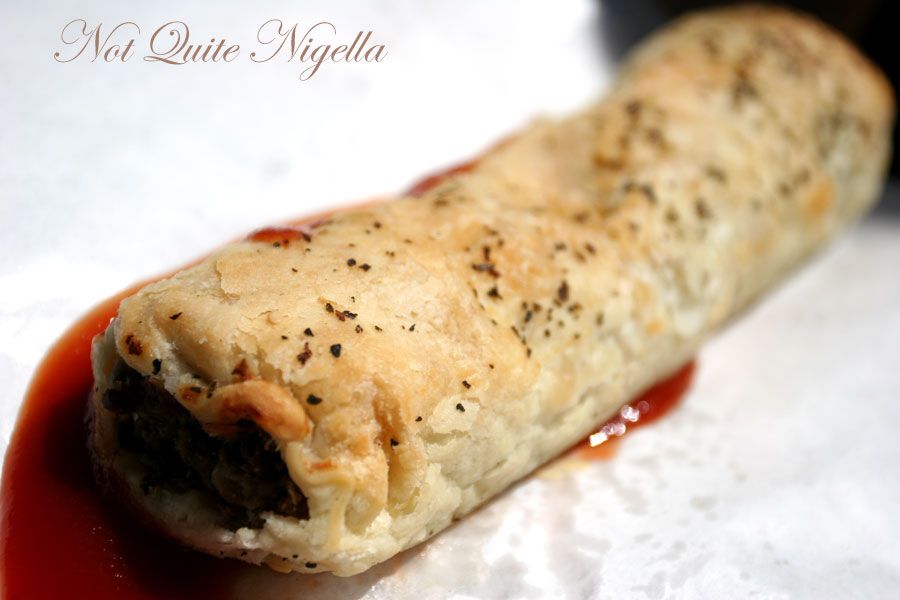 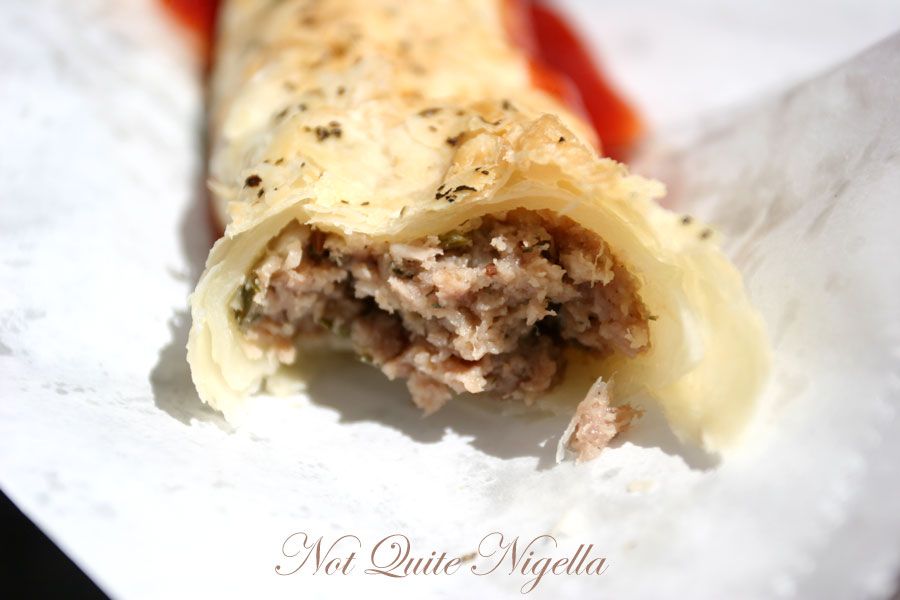 Taking them to eat on the grassy area, we open up the sausage roll first. Its pastry is a little thinner than most and there isn't a great deal of filling inside. The filling is lovely and flavoursome though, with the caraway seeds, parsley and dill coming through. 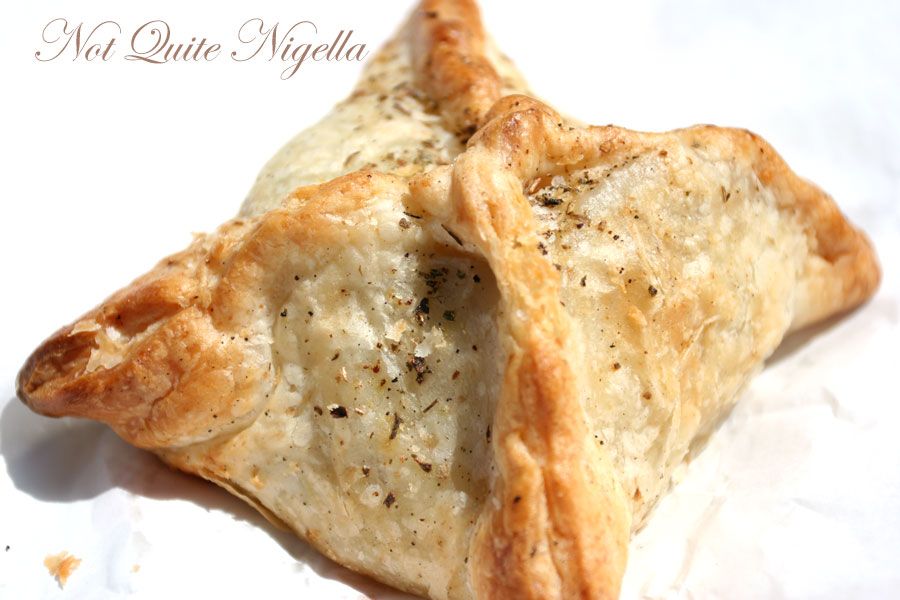 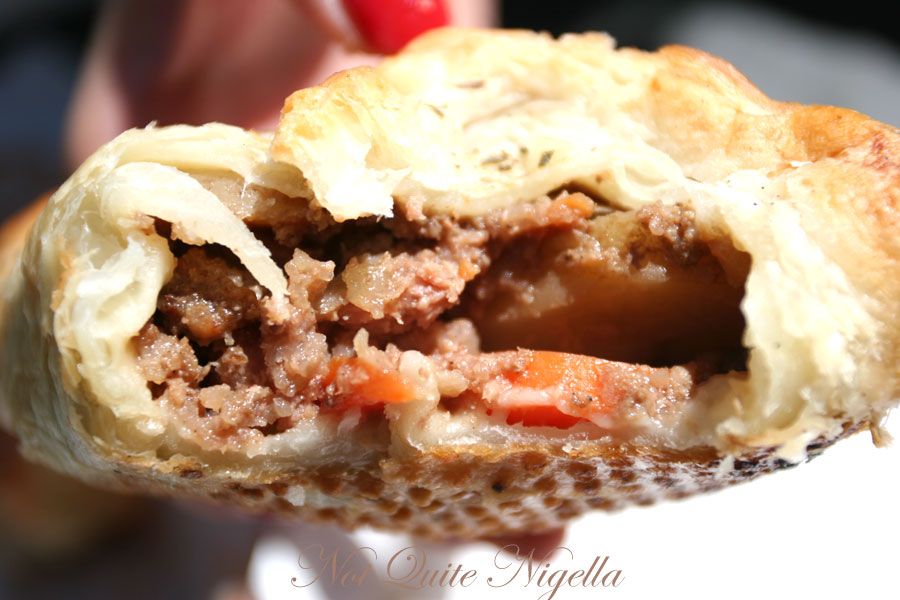 The Scottish Shepherd's Lamb pastie has the same thin puff pastry whereas Pasties are usually made with a thicker pastie dough. The filling is good, with thin slices of carrot and potato with an aromatic lamb mince. A nicer alternative to a meat and vegetable pie. 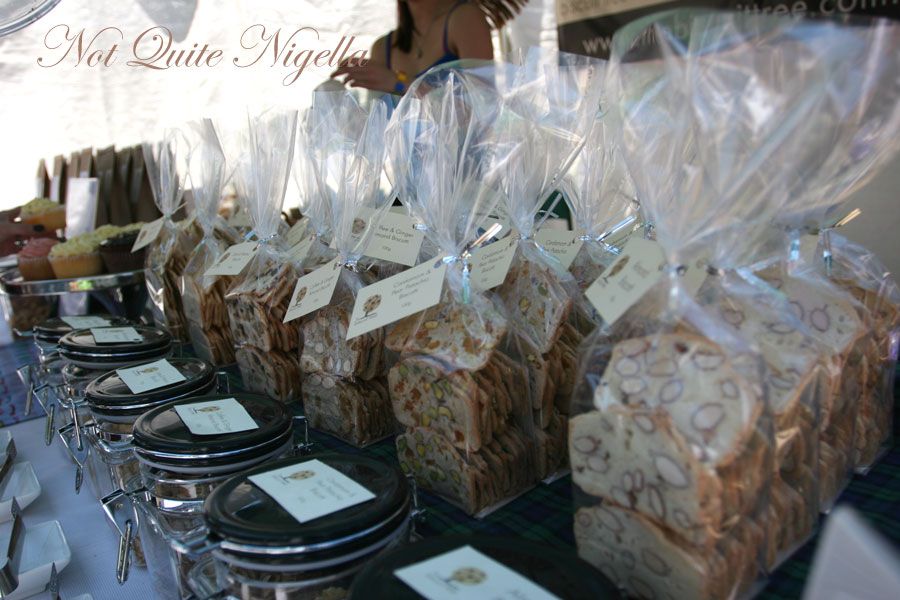 The Biscuit Tree, a stall and company run by the lovely food blogger ChocolateSuze has set up. I stop by there and she proffers up samples of her homemade biscotti and shortbread. Did I mention how much I like samples? And since she's a fellow food blogger I feel like she won't mind it I literally try a bit of all of them and indeed I did. My favourite of the shortbreads is the cranberry and pistachio which I buy for my mum who adores shortbread and of the biscotti, the overwhelming favourite is the coffee stem ginger and almond. She tells me that it is one of the hardest to make as cutting it is difficult with the ginger sticking to the knife. Its packed with stem ginger which we really like, there's nothing worse than getting a flavour and seeing it stingily distributed throughout the product. 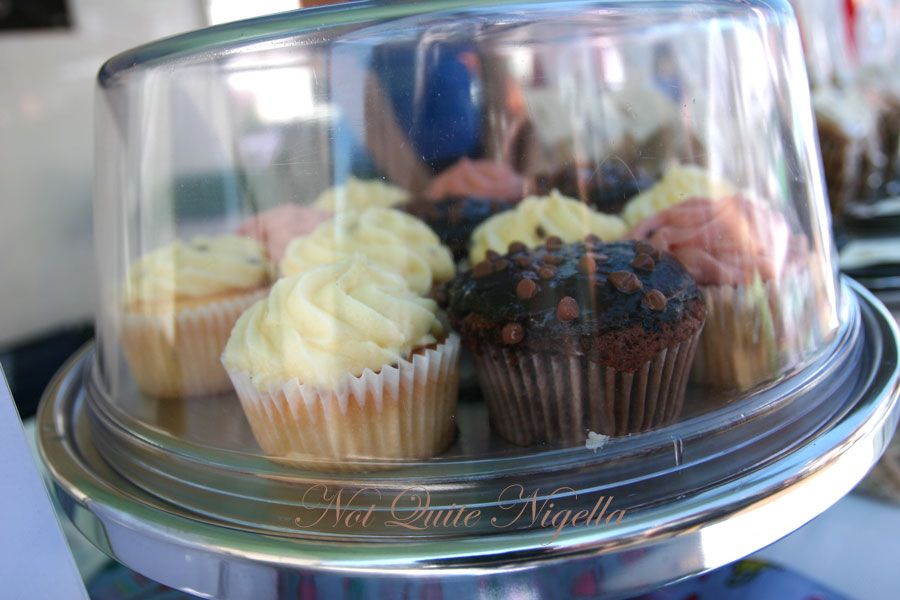 And of course since I can't resist, I get a passionfruit cupcake! Unfortunately I have been told that The Biscuit Tree are no longer doing Kirribilli markets but their market roster can be found here. 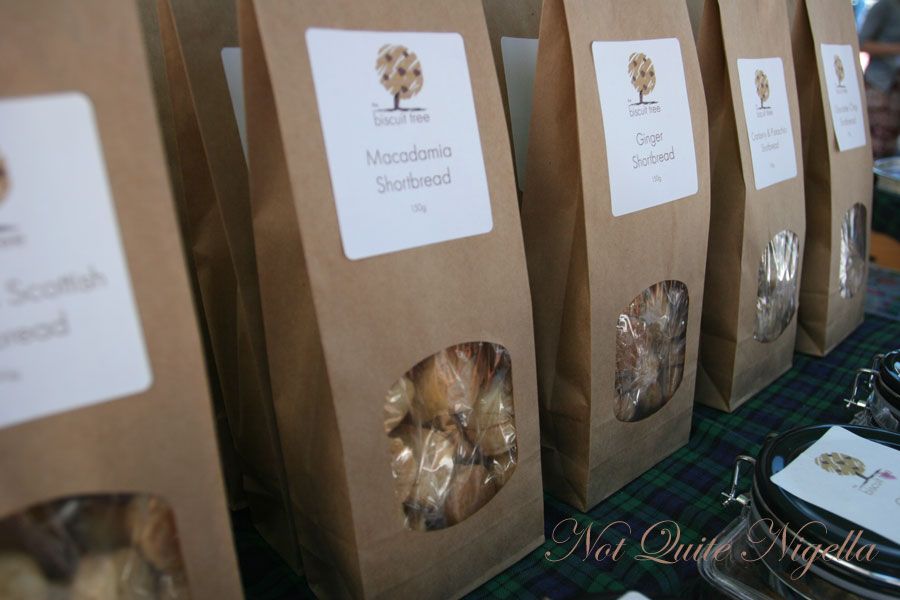