A Central, Southern and Northern Thai Food Tour Of Sydney! 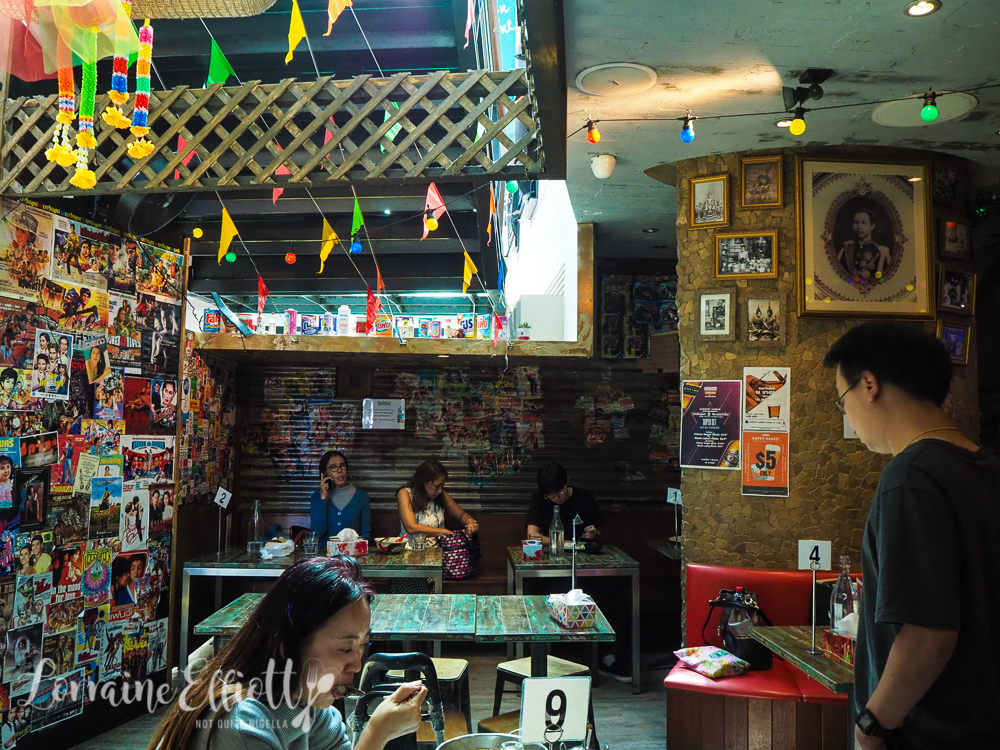 If you're missing travelling overseas, take your own little holiday in Thaitown Sydney and explore food from the Southern, Northern and Central Thailand regions. At Caysorn there's spicy, bold Southern Thai food while Show Neua showcases Northern Thai cuisine with influences from Laos, Burma and China. Then there's Central Thai food at @Bangkok, which is a milder mixing of them all! 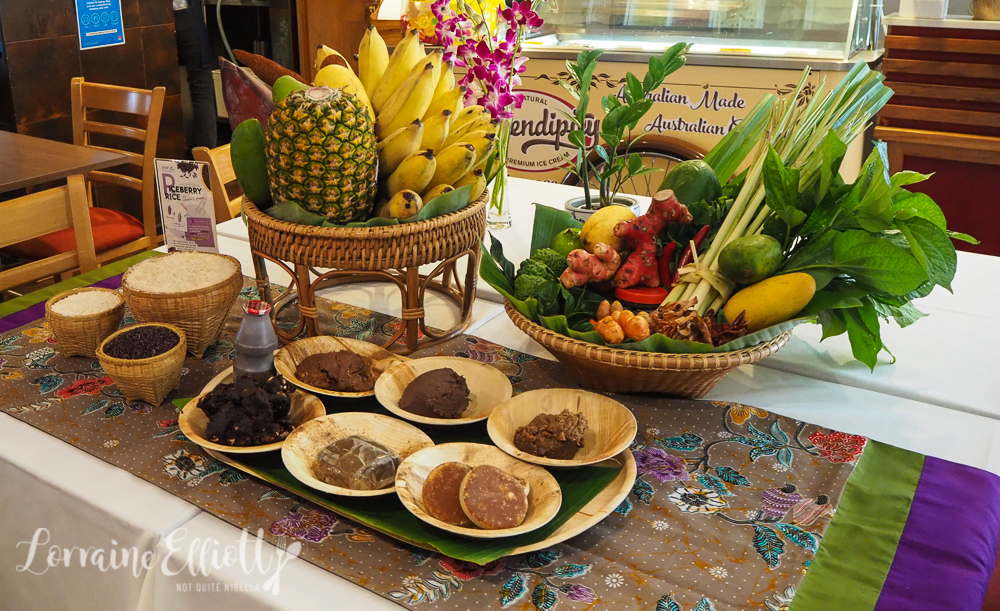 Thai food is very regional and dependent on the geography and agriculture in each area. Southern Thai food is characterised by punchy, hotter and stronger flavours with less use of coconut milk and the use of shrimp paste and seafood.

Northern Thai food also uses chilli in a lot of dishes eg chilli dipping sauces and sausages but in smaller amounts. Northern Thai cooks don't incorporate ginger in their curry pastes and the dishes have influences from their neighbours in Laos, Burma and China. 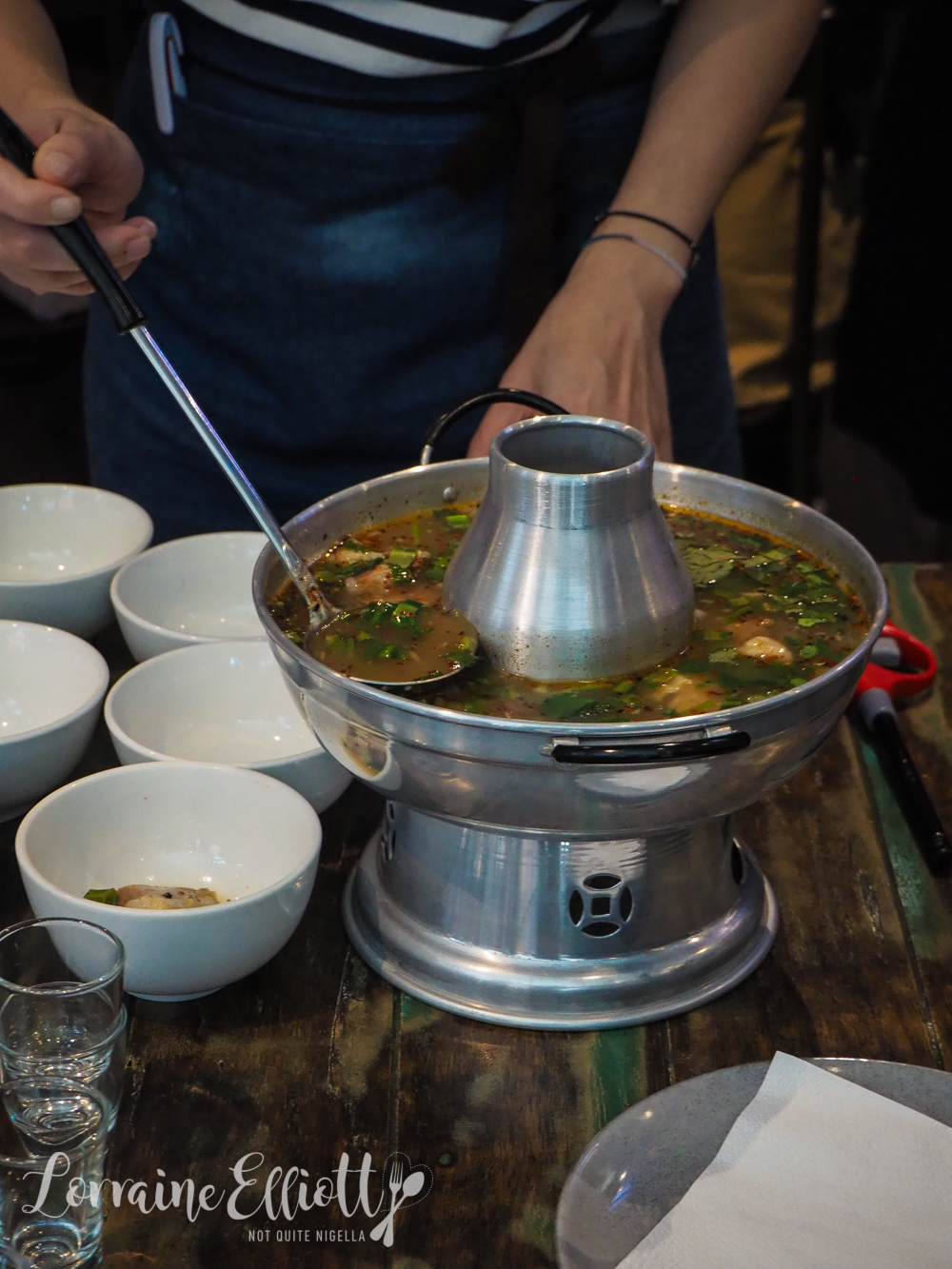 All of the three restaurants we are visiting on today's tour bear the "Thai Select" logo. They are hand selected quality Thai restaurants chosen by the Ministry of Commerce and the Dept of International Trade Promotion in Thailand. The restaurants must offer at least 75% authentic Thai food and they certify the food, hospitality and atmosphere of the restaurant. 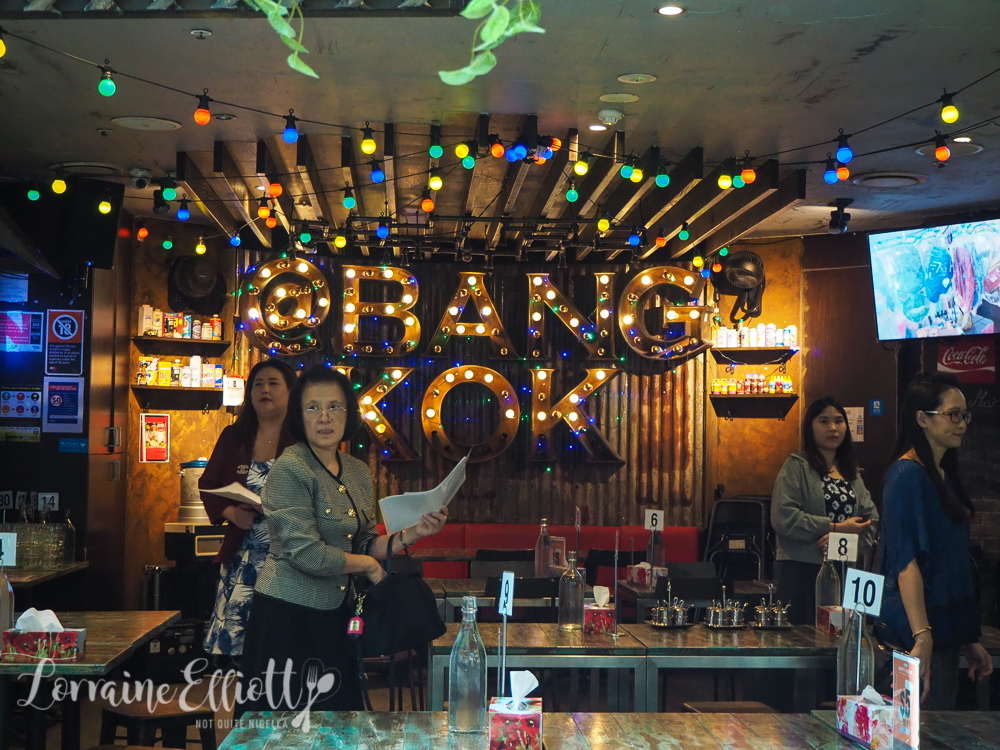 It's mid morning on a Monday and my stomach is already ready for some strong, hot Thai flavours. If you're looking for Central Thai flavours then @bangkok is a Thai institution that has been operating for 15 years. It is also a late night destination being open until 5am on weekends in the Capitol Theatre building. 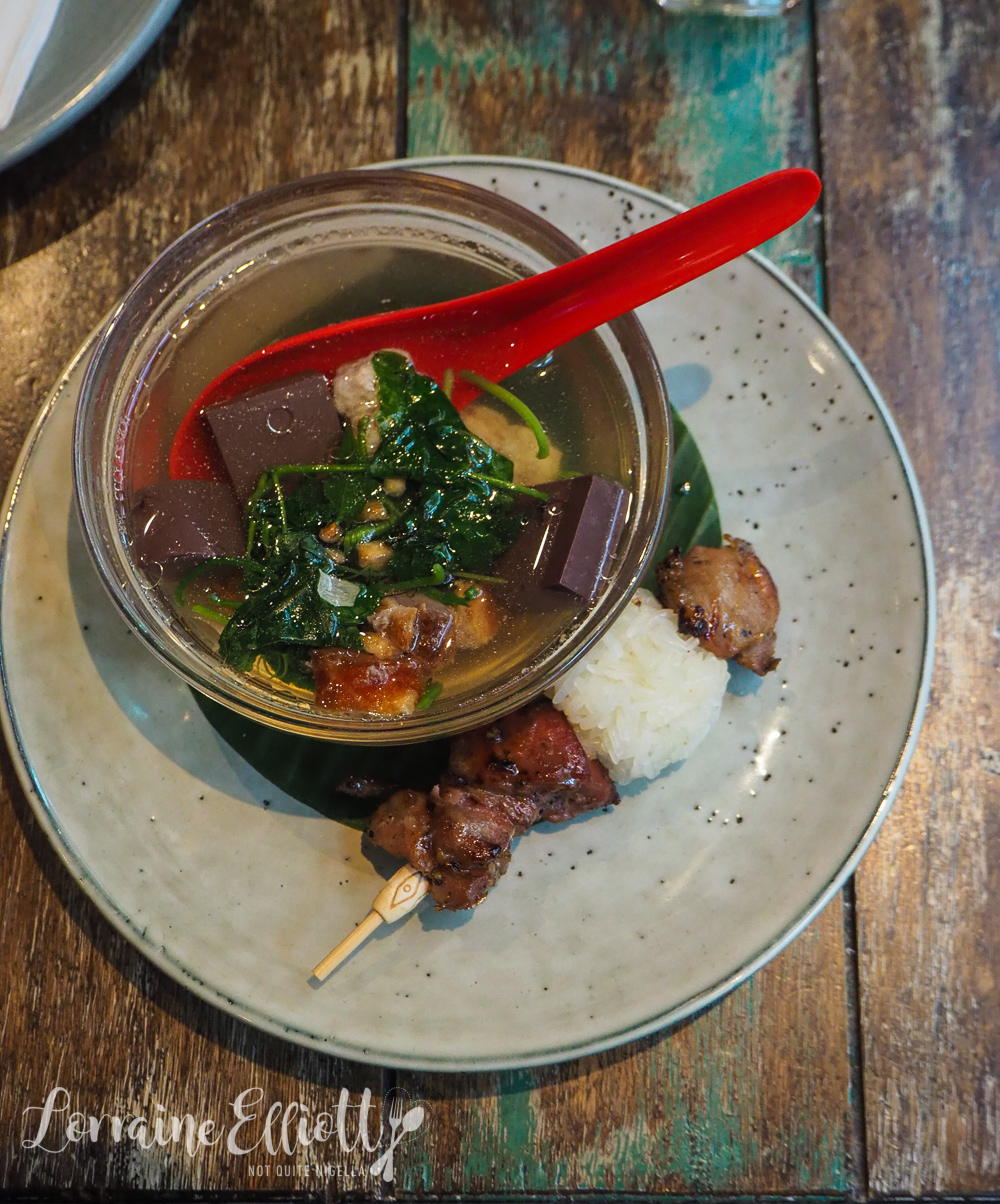 Picture it: it's breakfast time so you choose a classic Thai street food breakfast called Moo Ping aka sticky barbecued pork and sticky rice on skewers with a bowl of Tom Loerd Moo soup. This soup is incredible-the broth is so flavoursome and moreish and the meatballs delectable with pieces of pork belly inside and pork blood jelly pieces. Seriously good stuff. 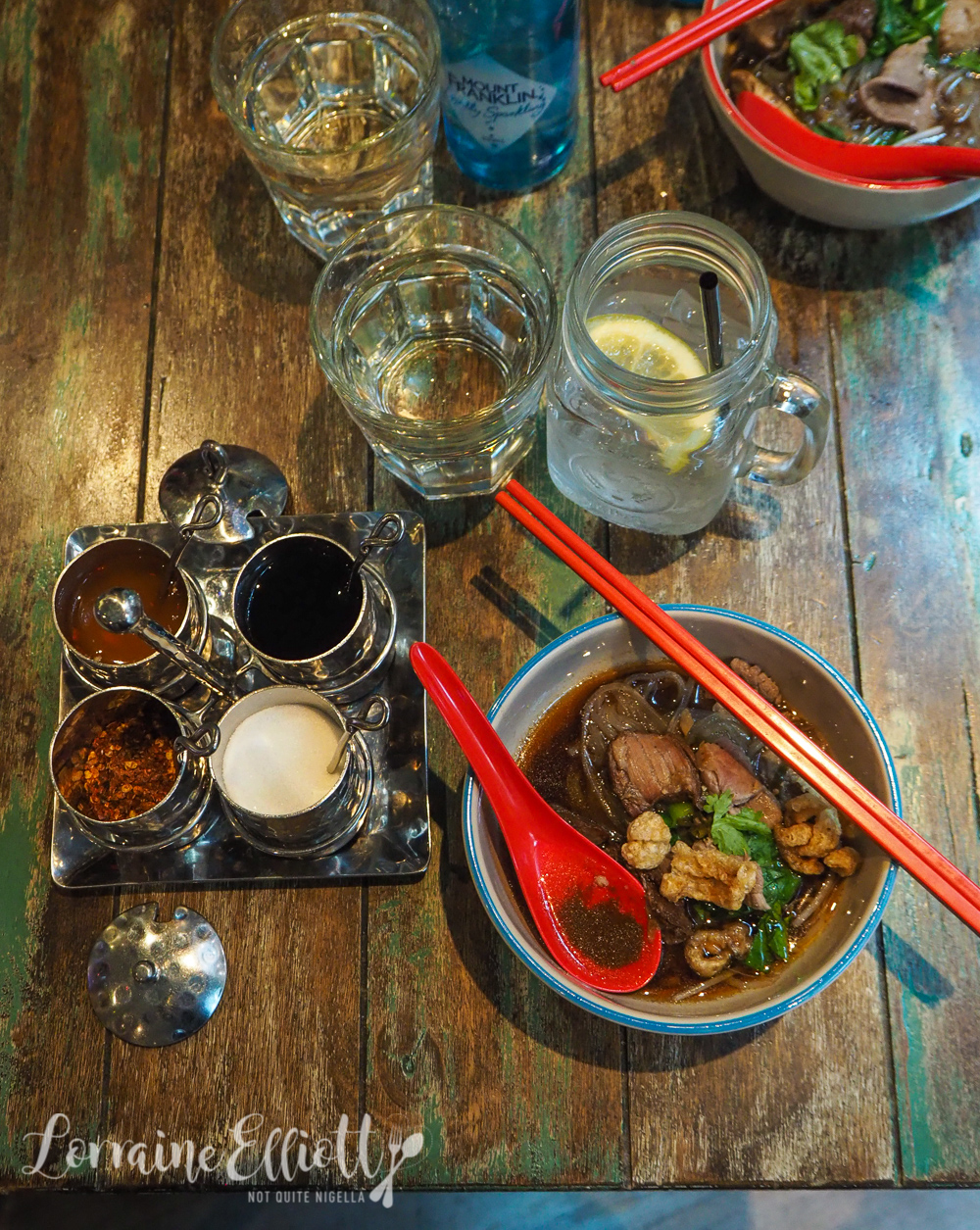 @bangkok are also known for their Tom Saap, a delicious spicy young pork bone spicy and sour soup as well as their best seller: Yum Pla Foo or crispy fish salad with julienned green apple, cashews, mint and a lemon and ginger dressing. 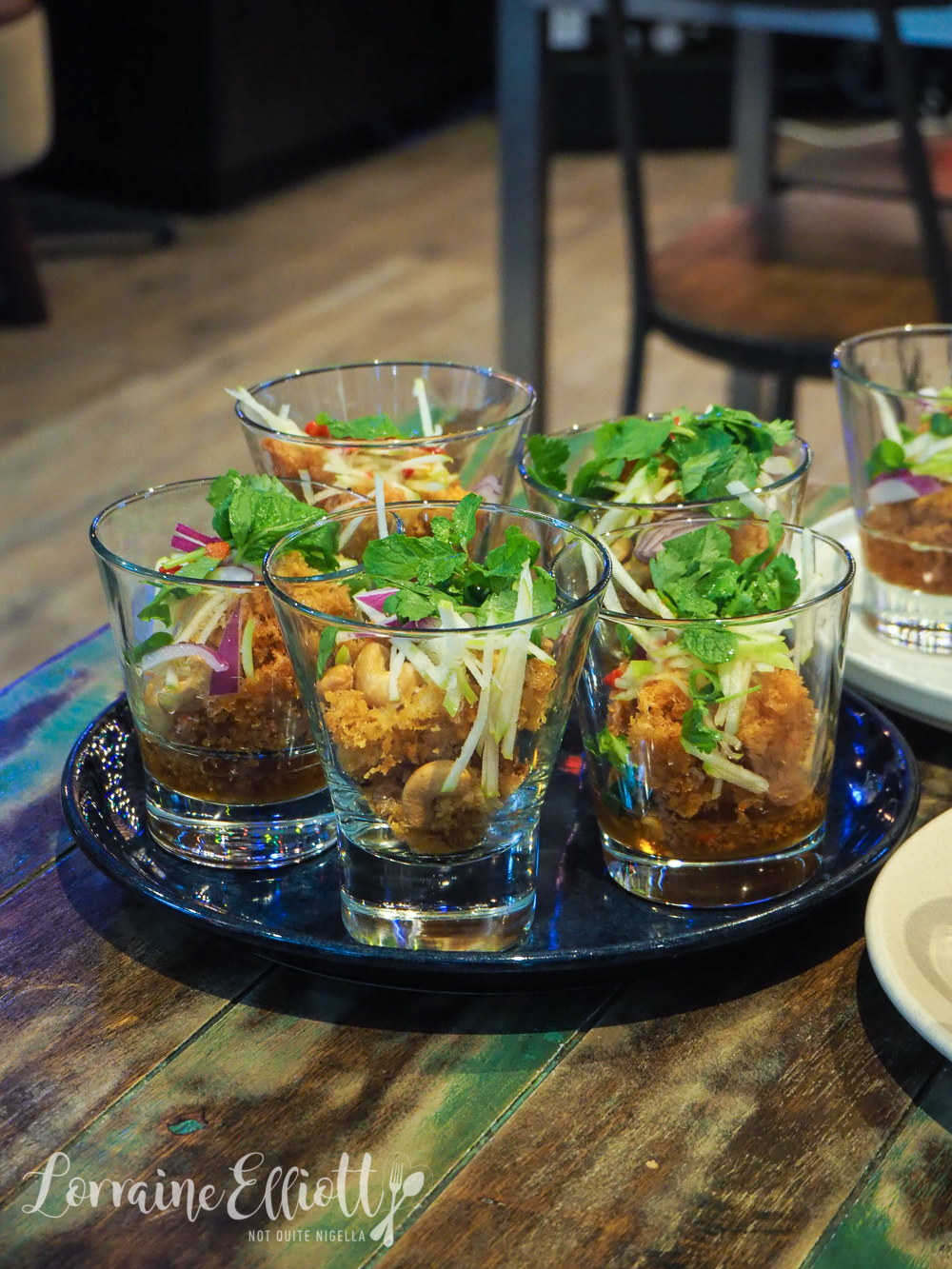 Caysorn is a Southern Thai restaurant located on the second level of the Prince Centre in Haymarket. Owner Chalio is from Phatthalung in Southern Thailand where the food is renowned for its spiciness. 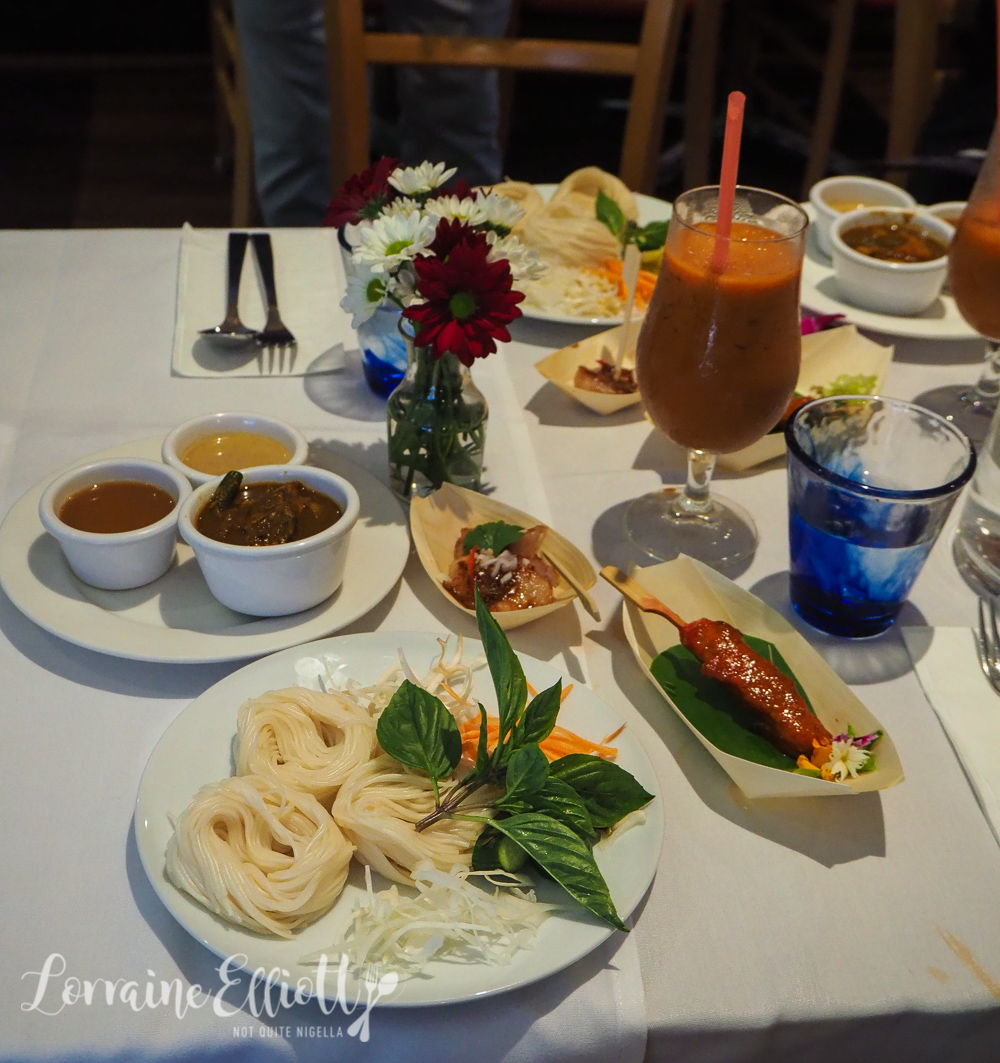 Everything is made in-house from the kanom jeen noodles that are made from rice flour hand pounded in a giant mortar and pestle, to the numerous spice pastes that they use in their curries and sauces. There are strong aromas from the shrimp pastes and sauces made of "fish guts" as Chalio tells us. Try the barbecue pork check, all luscious and sticky textured or the rice and mixed herb salad for a refreshing crunch. 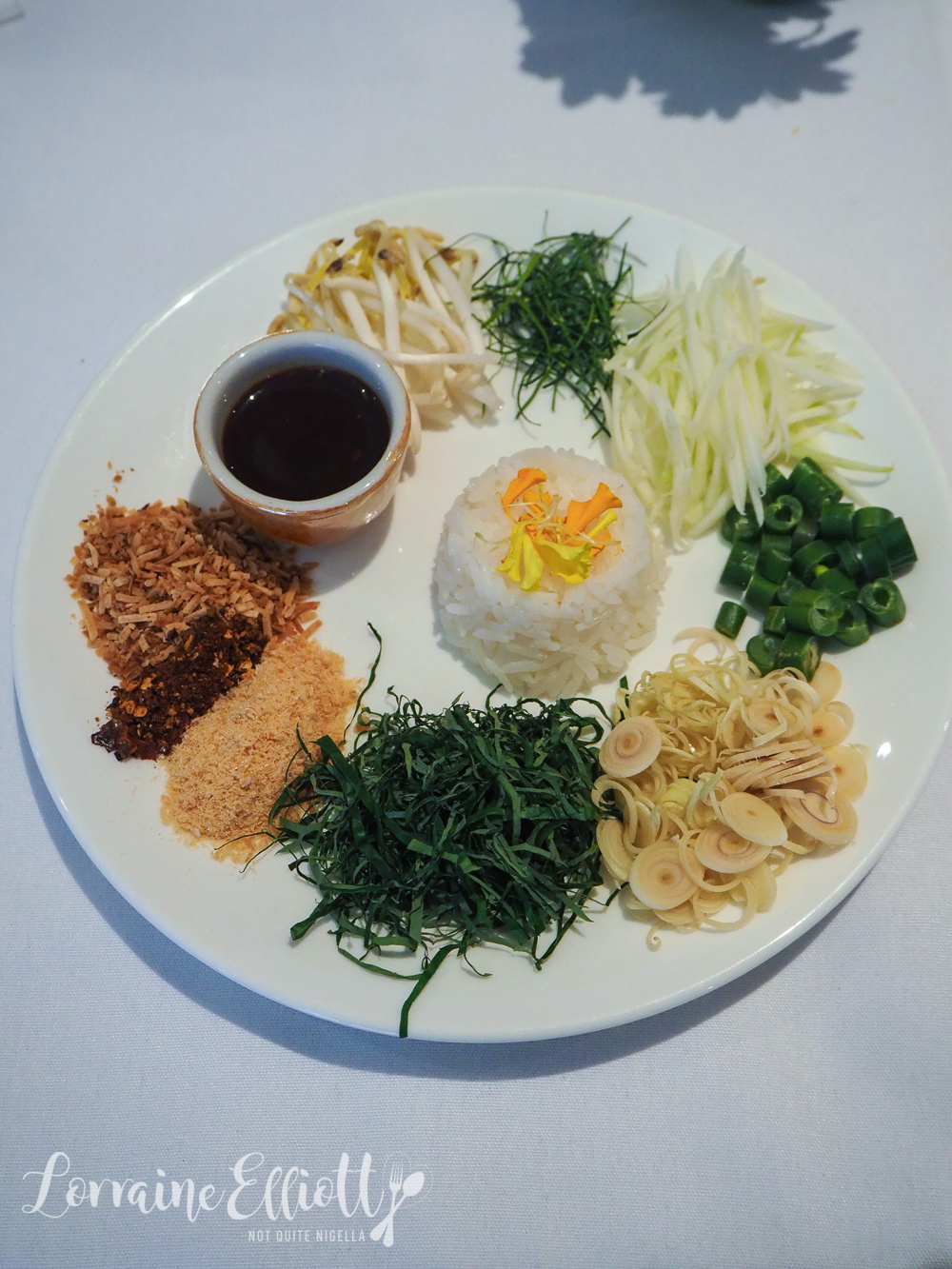 The Gai Yang Kaow Lae or kolae is named after a colourfully painted traditional fishing boat used in the lower Southern provinces of Thailand. This is like a chicken satay but with a stronger coconut flavour and sweetness. For true Southern Thai flavours try their fish kidney soup, crab coconut curry and tamarind soup with kanom jeen noodles. Wash this all down with a Thai Milk Tea which also helps dampen the heat and finish with a coconut simmered sweet cassava.

At the opposite end is Show Neua, with restaurant classics as well as Northern Thai cuisine. If you've ever visited Chiang Mai and fallen in love with their food, you'll love the dishes at Show Neua. One of the owners Non explains all of the dishes to us. 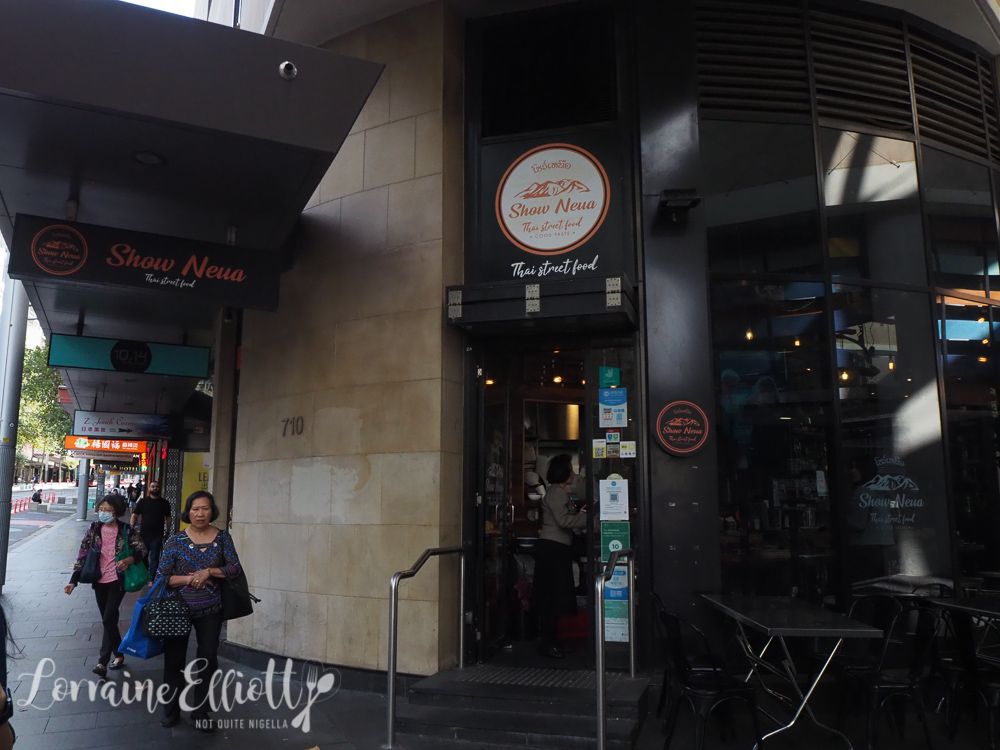 We are eating from a Khantoke, a pedestal tray that is the traditional way of displaying food for the Lanna people in northern Thailand. There we are trying Khao Soi chicken, a wonderful noodle soup dish considered a cousin to the laksa but given a Thai spin. It's rich, sweet and utterly moreish with flat egg noodles, crunchy fried noodles, lime, pickles and shallots. 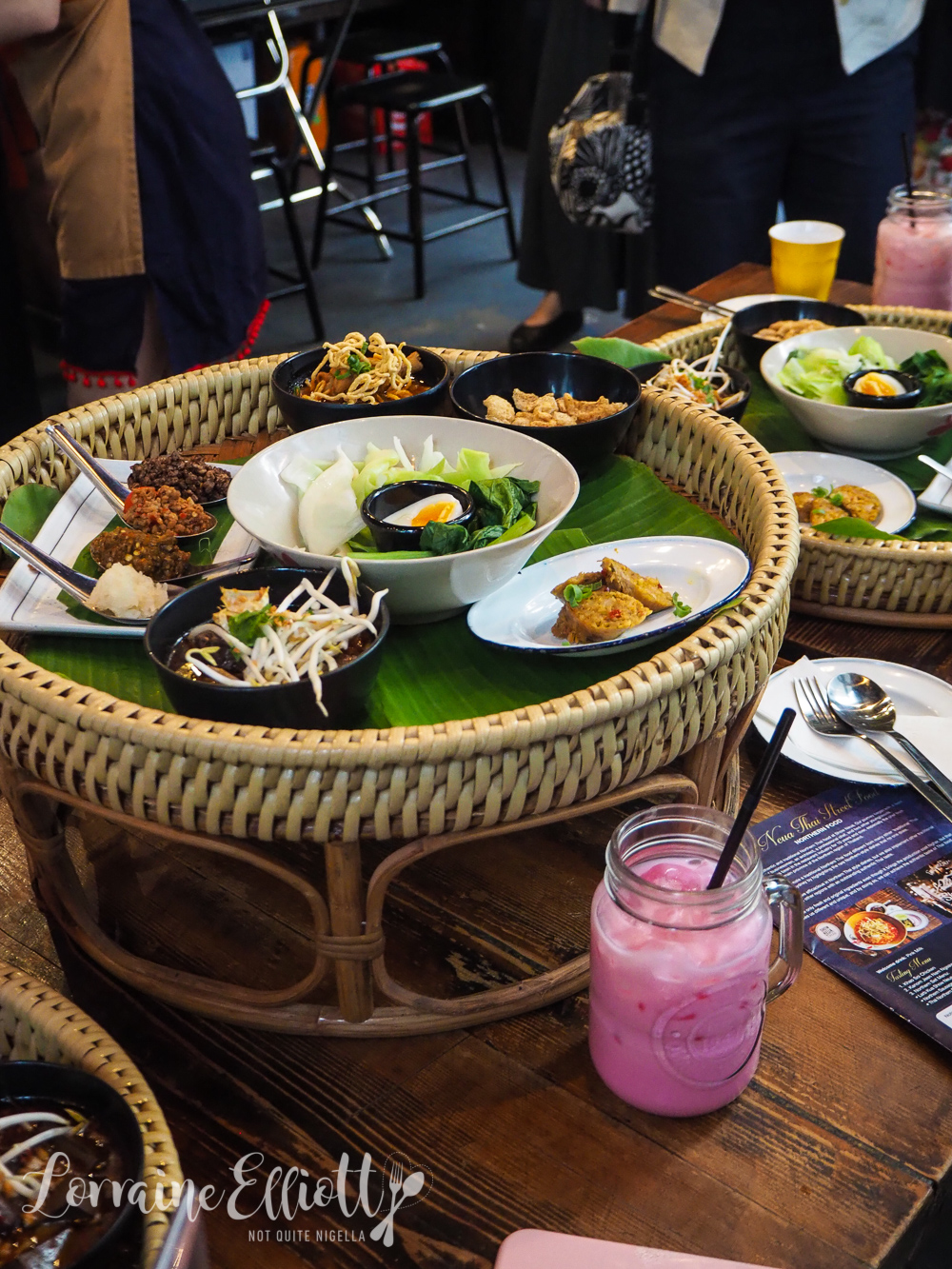 Kanom Keen Nam Ngeaw is based a dish eaten by the Tai Yai people from Burma, Yunnan province and northern Thailand. The flavour is a little more sour but still delicious and it is served with the kanom jeen rice noodles. There's also Sai Ua, a wonderful, flavoursome pork sausage that I developed quite an obsession with while in Chiang Mai (I dragged Mr NQN to the market several times for this) and sticky rice paired with pork crackling is another treat along with two types of pork larb: one with Northern style chilli paste as well as a Northern pork larb made with Sichuan pepper for a numbing effect. You take a piece of blanched cabbage with your hands and scoop up some larb in each bite and you feel like you're in Thailand again.

So tell me Dear Reader, do you prefer food from a particular region in Thailand? Do you prefer stronger flavours or milder ones?