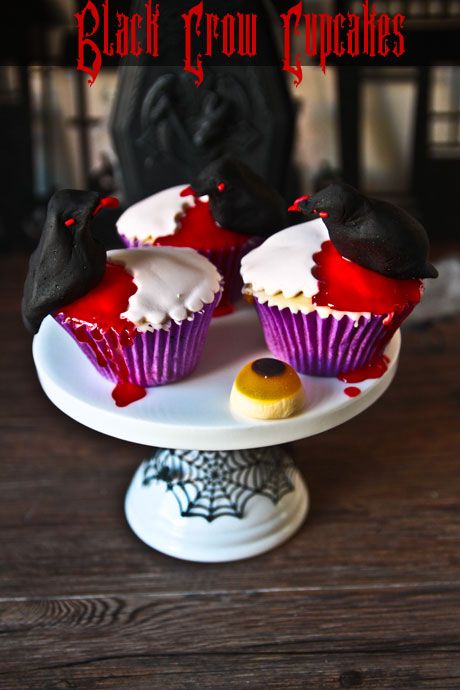 If you had asked me what my main aims were during primary school it wasn't really to achieve great marks, be popular or become a prefect or school captain. It was quite honestly, to avoid all sport and P.E. classes. I'd rather have been in the library reading books or doing something peaceful. Having a hard ball thrown at you and hitting it with a wooden paddle seemed like a pretty good way to get some sort of injury and and my physical limitations and clumsiness always ensured that I was the last picked for any cricket game (and I shudder whenever the sport comes on television).

I was never given prime position of a bowler/ pitcher or a batter. I was the one out in the field assiduously avoiding all contact with the ball-we had all decided that it was best that way. And one day while far out in the field listening to the distant rumble of the cricket captain getting mad at another student for not hitting the ball far enough I was busy contemplating the dry yellow grass. A raven swooped down and sat on the fence beside me and looked at me. I was alarmed. I had seen the movie The Omen and didn't know the difference between a raven or a crow and was terrified that the look that it gave me was a challenge. 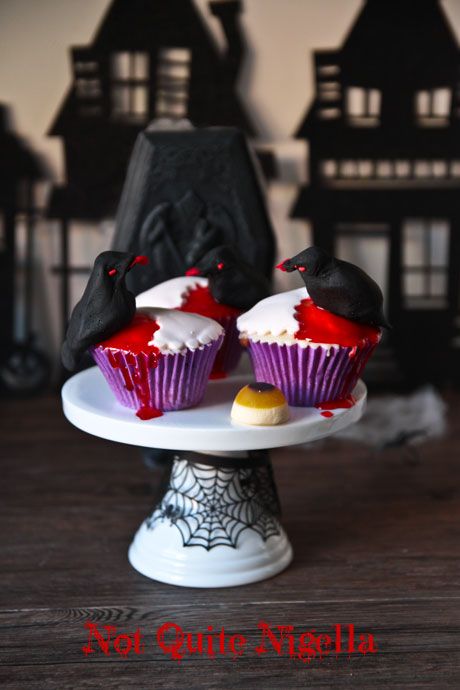 It looked at me and I looked at it and it cocked its head so I cocked my head back. "Don't peck my eyes out ok birdy?" I said to it and it didn't agree or disagree so I considered that a draw. My mother who was superstitious told me that ravens were creatures that signified illness or death. The strange black bird kept me company for a few minutes that afternoon far out in the field and thankfully it didn't attack me although perhaps it had seen me when the ball freakishly came out my way. I screamed, ducked and it whizzed past my head and the bird flew away in alarm. Clearly I was not to be messed with as the sight of a mere ball caused a meltdown. 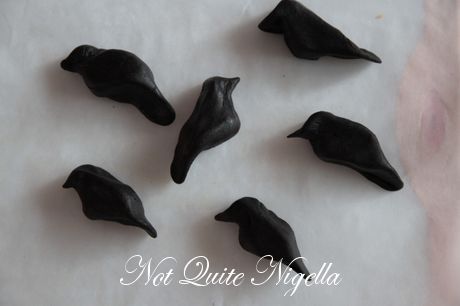 A murder of crows?

I don't know if these birds are meant to be crows or ravens-let's just call these crows only because I saw these in Zilly Rosen's great Zombie Cupcakes book and they called them crows. I decided to merge a couple of cupcakes-I wanted the crow to have  a little red flesh in its mouth and look like it was eating at a wound. I know, I'm gruesome aren't I?

And for those of you that miss the pretty things, programming will resume to become pretty again soon. Hmm come to think of it, perhaps it wasn't my lack of coordination but my love for the gruesome that meant I wasn't picked fors team....

So tell me Dear Reader, were you ever last picked for the sports team? Or were you good at sports? 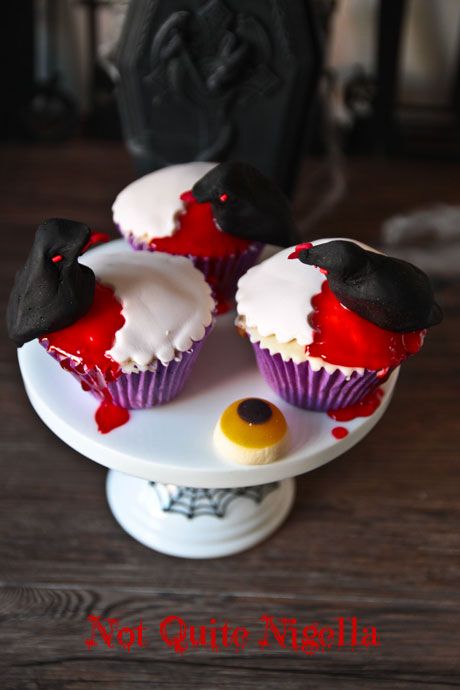 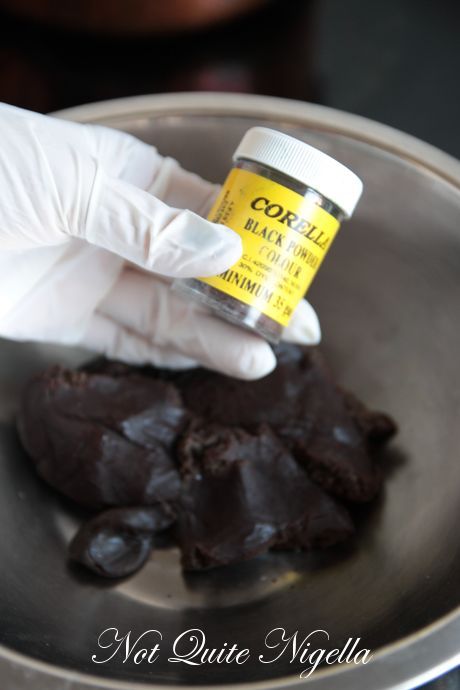 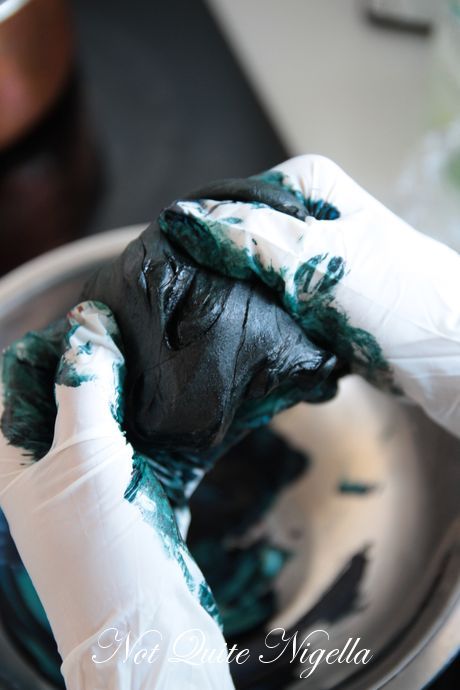 Kneading the black colouring into the chocolate fondant

Step 1 - Shape crows first as they will need a few hours to dry out and set. I mixed some black colouring powder in a bowl with a tiny bit of vodka (1/2 teaspoon) and chocolate fondant. Knead well and if you have time, allow this to sit overnight and then knead again. Shape into golf ball sized balls and pinch a little away to make the head leaving the bulk for the body and pinch out a tail. 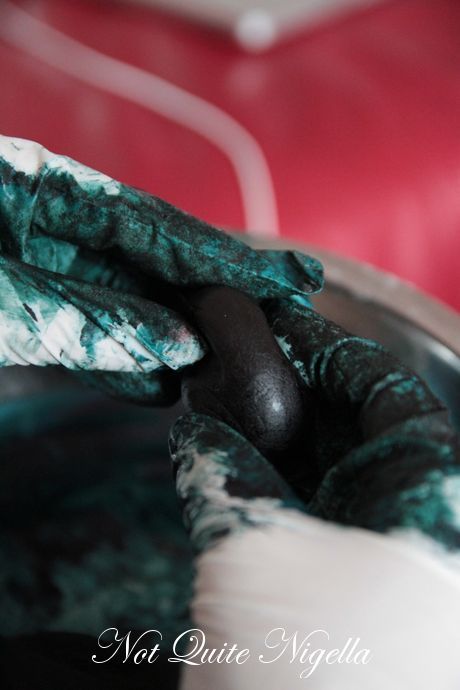 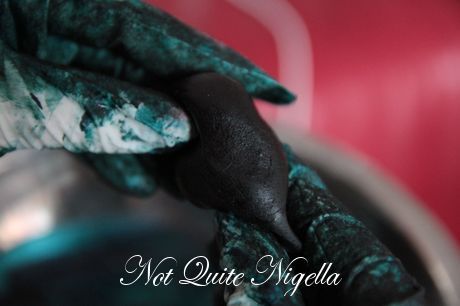 It's hard to describe this and I am quite untalented at sculpting so my first few goes didn't work but after three tries (just keep rolling it back into a ball and start again) my crows sort of looked like crows-well crossed with a seal... Add red sprinkles for eyes and allow to set on their sides. Roll out a tiny amount of red fondant to represent the flesh it is biting. Then roll out a tiny black piece of fondant about the size of a rice grain-that will be the bottom of the beak. Carefully adhere this to the crow's top beak. Allow to sit on their side as shown to fully set.

Step 2 - Roll out the flesh coloured fondant and cut into circles large enough to cover the entire top of the cupcake to the edge of the paper (to keep the cake part covered and fresh). Then cut out a "bite mark" using the smaller cutter. Adhere the fondant to the cupcake using a little water. Smooth it over with a rectangle of overhead plastic sheet.

Step 3 - Take a toothpick and break it in half -you will use this to secure the bird onto the cupcake. Pipe red gel onto the part that isn't covered with fondant and position crow with toothpick. 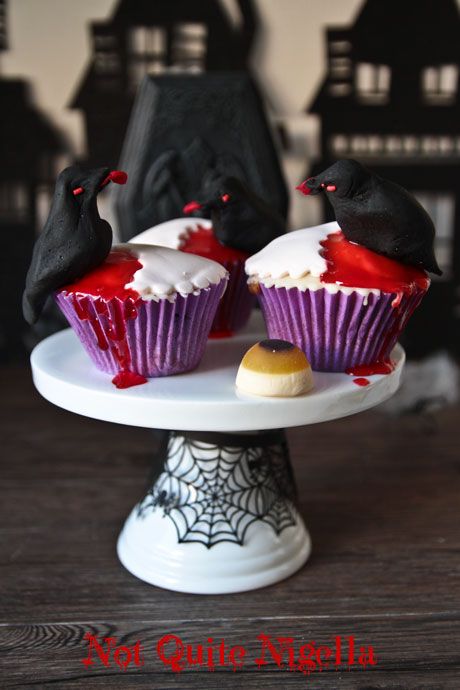