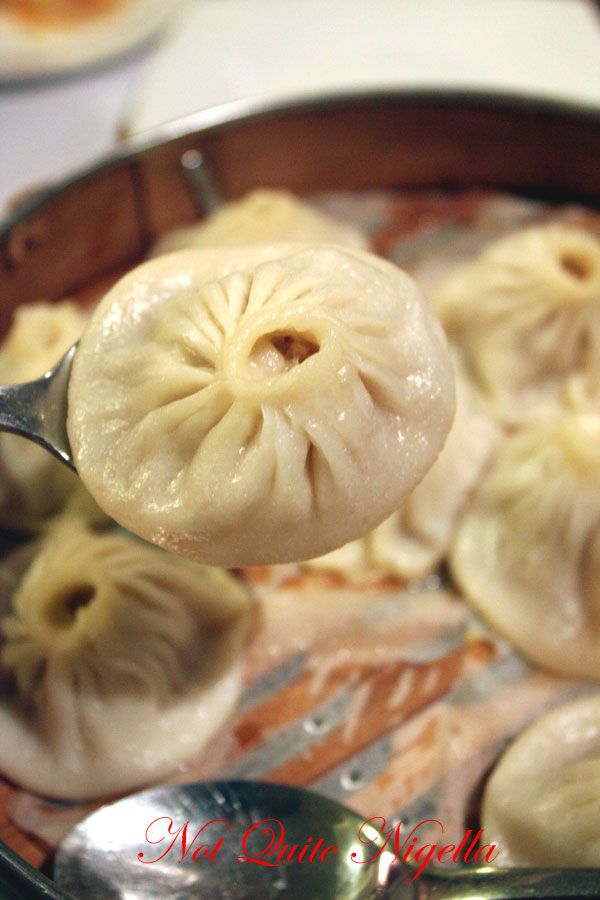 I don't wish to use my website as a classifieds section but should anyone be looking for a professional Xiao Long Bao taster, I'd like to offer my services. I offer no formal qualifications save that of having tried many Xiao Long Baos. My only assets are hunger and the insatiable craving to try these little morsels of soupy heaven. 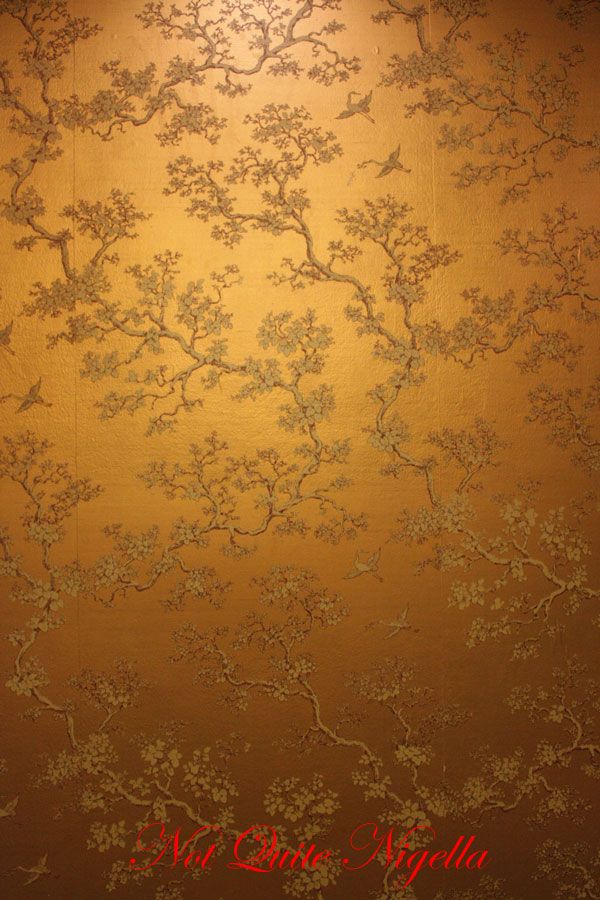 Which is one of the reasons we're trying Mr Chows Peking Restaurant in The Rocks. Up the staircase, past the gorgeous gold print wallpaper (I want some for our place) we see Queen Viv and Miss America already waiting for us. They point out the other section, the one with the spectacular view but unfortunately since it's full we can't move there. 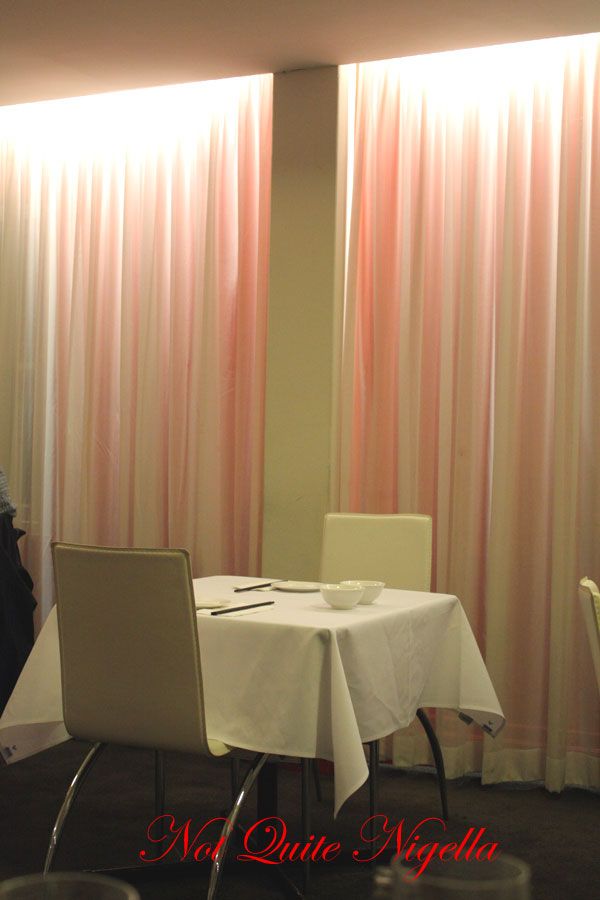 The menu is a mix of typical Chinese restaurant fare and some more adventurous offerings. Of course Queen Viv and I hone in on the Duck's Web dishes whilst Miss America shakes his head defiantly. Service is odd, it's like the opening night of a restaurant and no-one really knows where anything is. We ask for the market price of the pork knuckle and the waiter says that he doesn't know but he'll ask, only never to appear again at our table. Our waitress stops midway through taking our order diverted to another crisis nearby. She comes back in 5 minutes and we order quickly in case she is called away again. But wait, our waitress is back, apparently the Wine menu was an old one and the wine that we've ordered is no longer stocked. 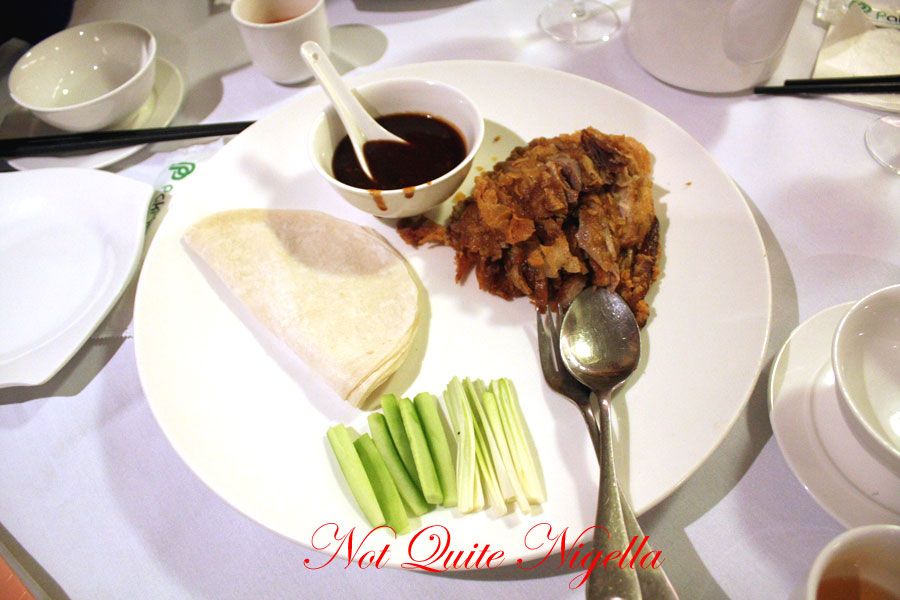 Even if the waiting staff are tardy the kitchen is not and our entrees arrive quickly. We've ordered a half serve of their tea smoked duck which is boneless and served with 6 pancakes (not buns as it says on the menu), cucumber, spring onions and Hoi Sin sauce Peking Duck style. 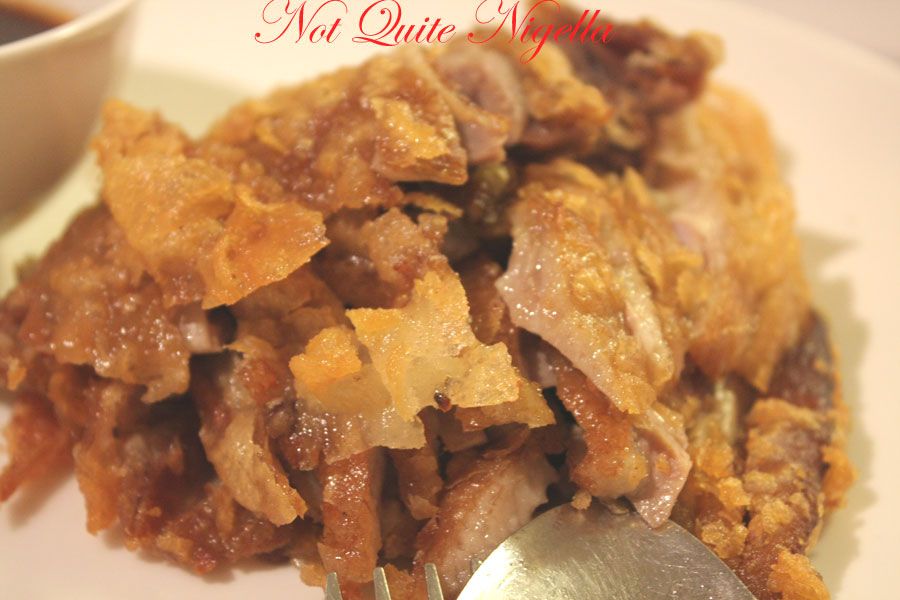 The duck is crispy deep fried but not dry, in fact it is gorgeously fatty. The smokey flavour is deep although I really detect a tea flavour to it. It's so good we order 2 more pancakes so that we get 2 pancakes each. I wish we had ordered the whole. 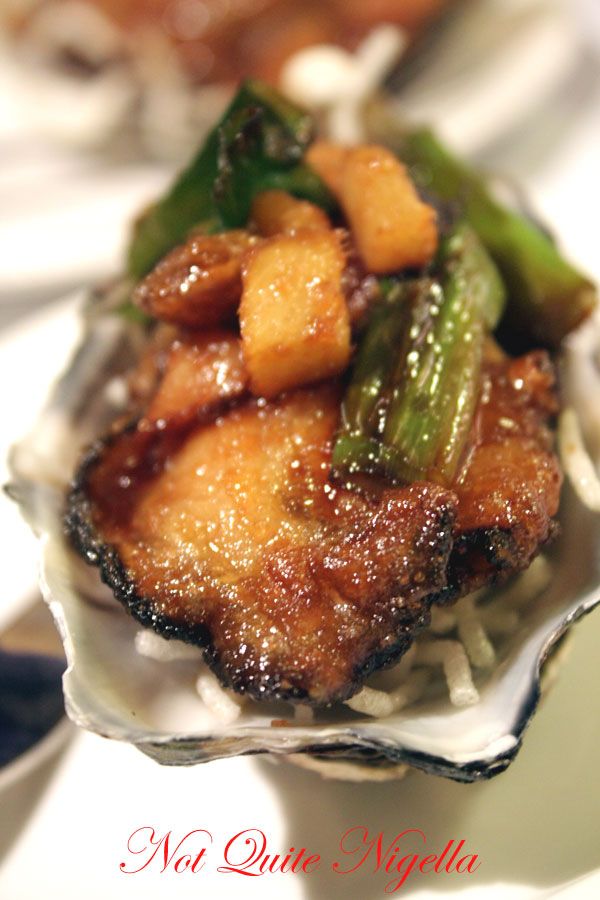 Oysters with Port Wine sauce $5 each

Our waitresses recommendation of Oysters with Port Wine arrives and they're just as she promised, the plump juicy oysters huge, almost like two oysters in one with the gloriously briney sea taste bursting out when bitten into. I'm glad that we heeded her advice although again I wish I had ordered more of these. 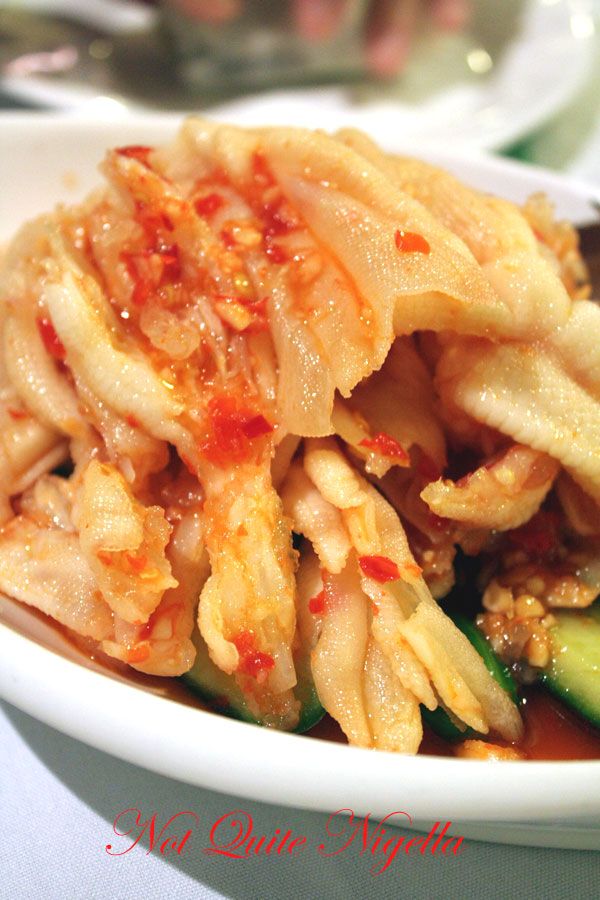 The item that horrified Miss America is next: the Duck web with chili sauce. It looks like a skinned chicken's foot minus the bones and is crunchy is a similar way to jellyfish (although less crunchy). 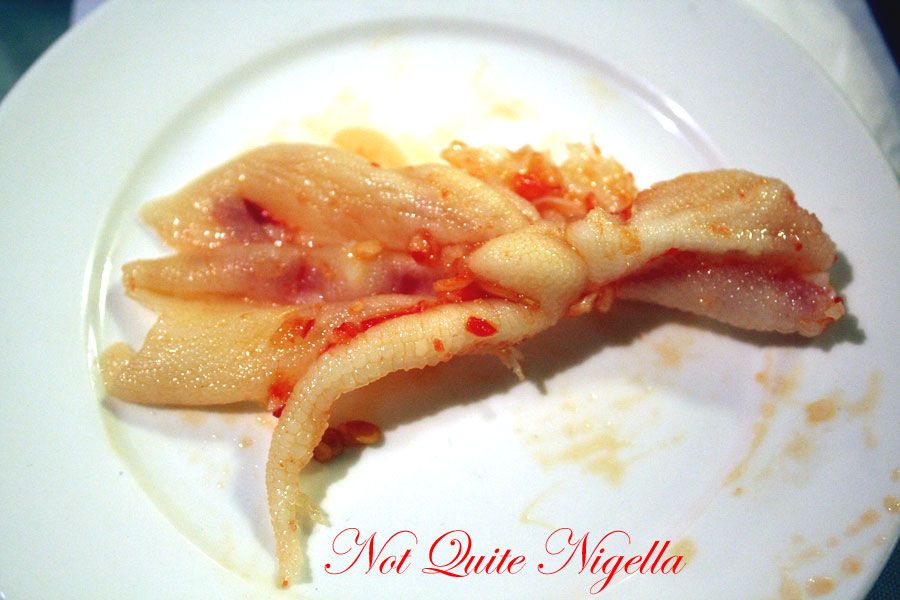 The sauce is delicious with chili, sesame and garlic but Miss A barely manages to keep his down. 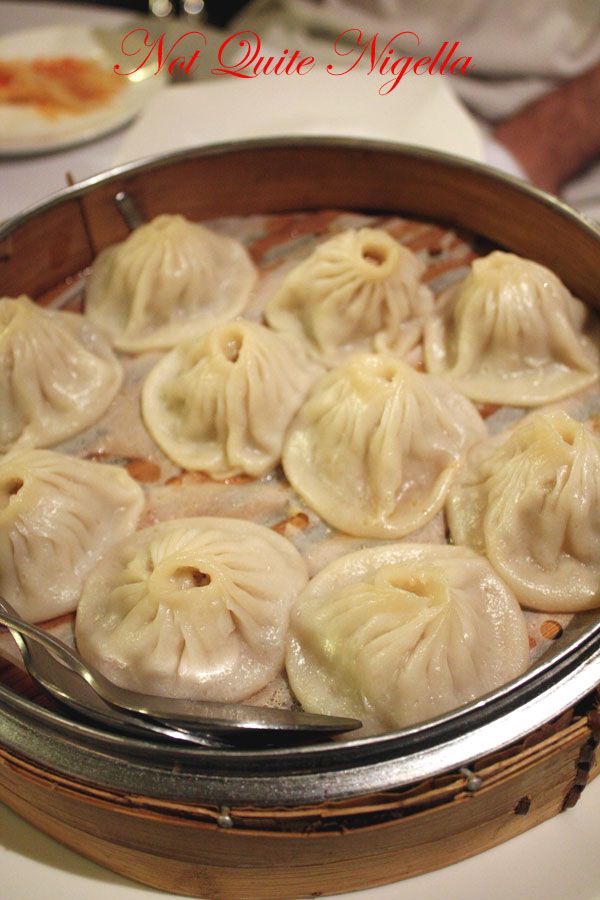 The item I had been dying to try was of course the Xiao Long Bao, the soup dumplings that we had all tried at Shanghai Night (and numerous other places) and loved. The price for these was $18.90 for 10, about double that of the Ashfield restaurants so we wanted to see if these were better. One was already burst open and the others we tried that we intact were decent but very mild in flavour and lacking in the gorgeous ginger flavour of Shanghai Night, so the Xiao Long Bao at Shanghai Night remains our heartfelt favourite, especially given the price of these which are comparable in price to Din Tai Fung. If we had to pay that price we'd choose the Din Tai Fung ones. 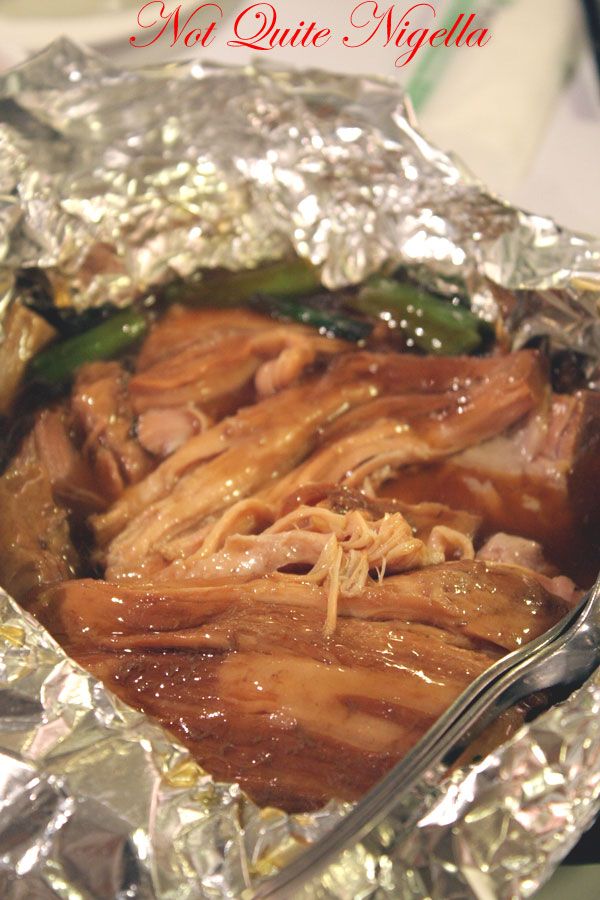 There's a large break between these entree dishes and the main dishes and after about 30 minutes we get our main, the Peking pork ribs housed in a foil oven. 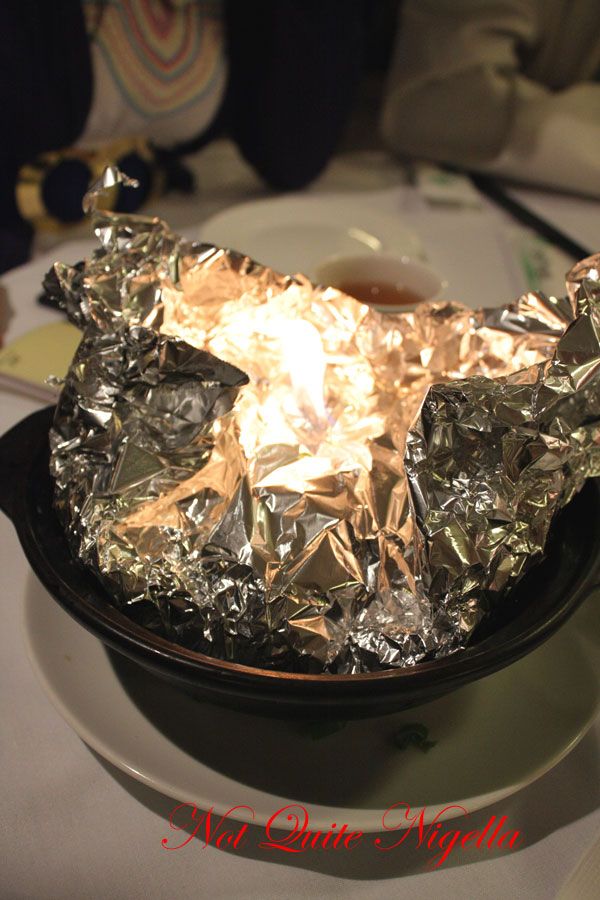 It's brought to the table on fire (albeit a small fire) and the scent is similar to the Pork Knuckle that we had at Kensington Peking. The rib meat is so soft, stringy and fatty and falls off the rib bones easily. 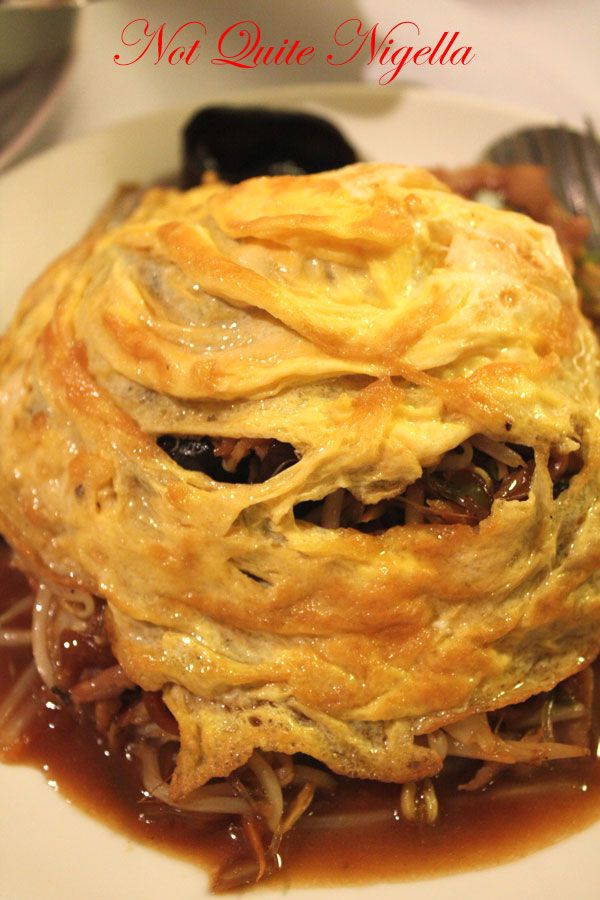 _Vegetables with egghat $19.80 Tell me you can't see the Mummy face and two evil eyes!

Our last dish, the vegetables with egg hat turns out to be a mix of vegetables like Wood Ear Fungus mushrooms, bean spouts, pork strips and vermicelli with a thin round omelette on top. It's not bad although it reminds me of a dish my mum makes. Maybe it's because Halloween is so near but it reminds me of a mummy and I can see two eyes looking out!

The desserts don't look that unusual so as we're off to a Sugar Hit afterwards we pass on those. We're full with food (Tea Smoked Duck, Oysters with Port Wine), some great some we only have ourselves to blame (Duck Web) and the bill is a little larger than we're used to at a Chinese restaurant. However there's no arguing with that Tea Smoked Duck or Oysters, they were worth every penny...

*All prices are approximate from what we can recall, we asked for an itemised bill to take with us but we only got a total amount 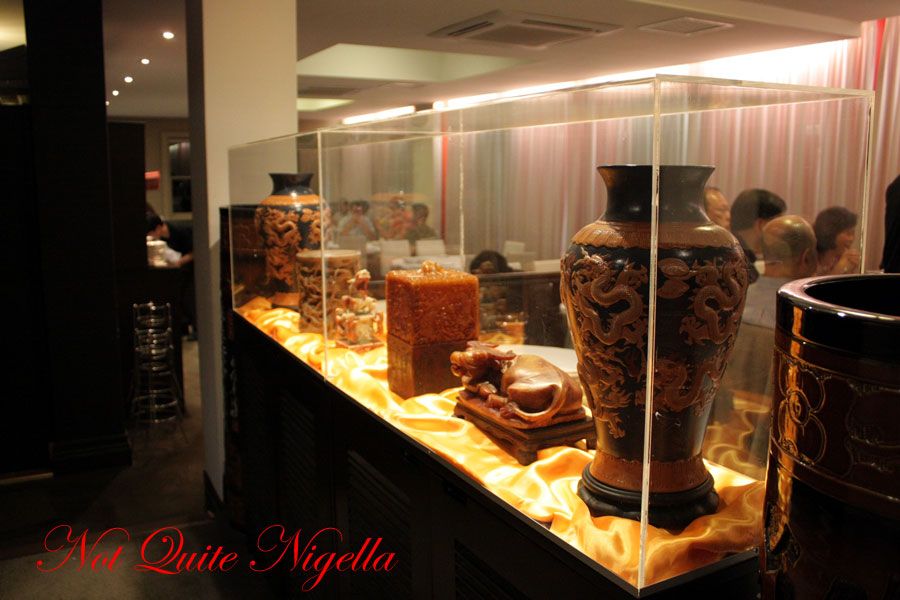 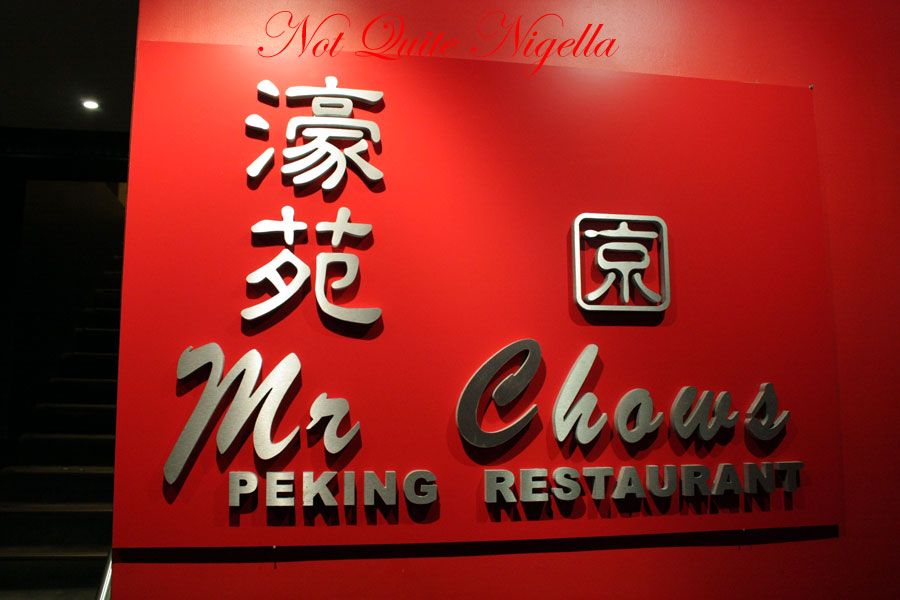