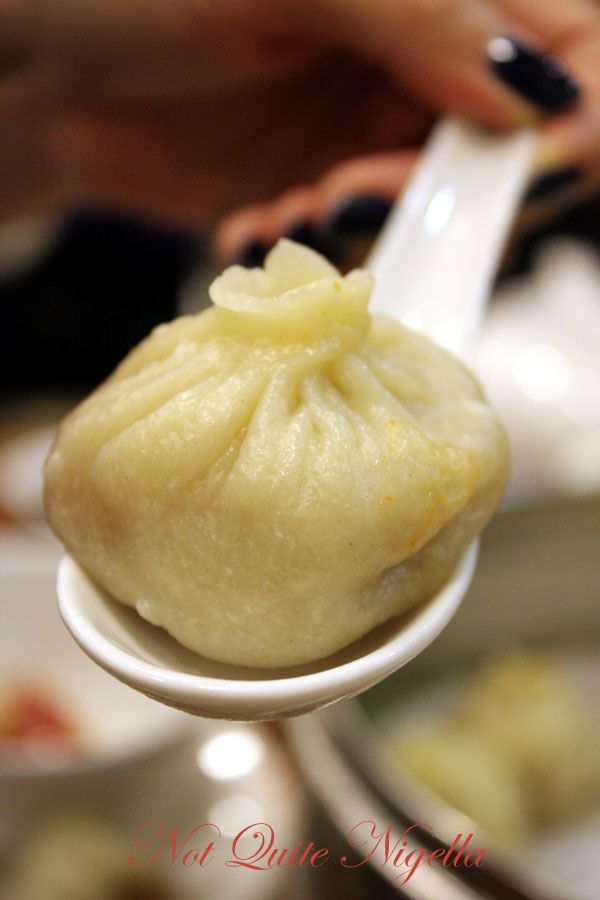 Sydney may already have a Chinatown close to the city but Ashfield is what I consider to be Little Shanghai or Shanghai-Town. This is a suburb where, should you have a craving for dumplings that are a little different from your Cantonese Yum Cha variety, there is  a stretch of road studded thickly with restaurants offering Shanghai cuisine and dumplings. This is where you can eat until you're stuffed for under $20 a head (or even $15). Something of a minor miracle in Sydney. 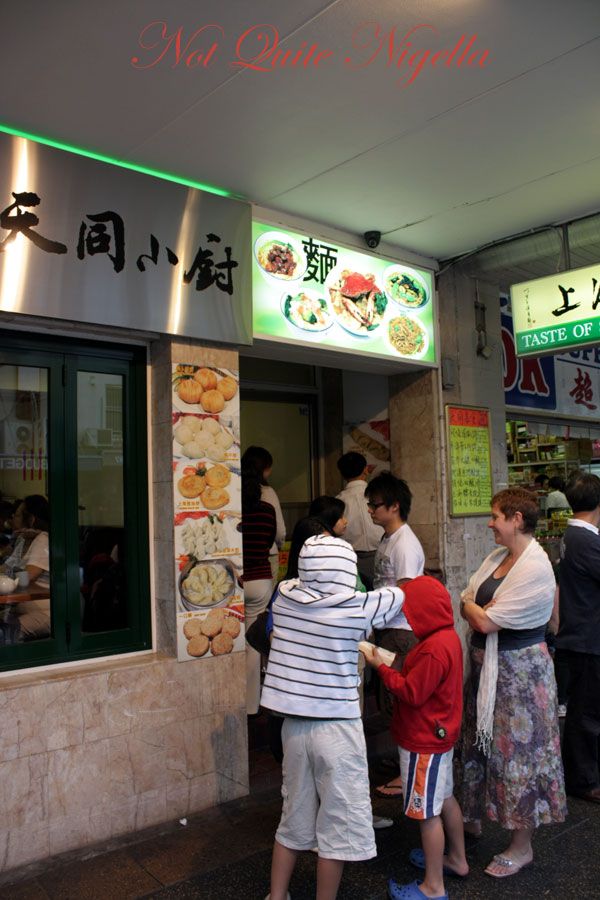 And if you're a regular reader, you'll probably have suspected my ulterior motives for going here. That is, to try more Xiao Long Bao, those famous Shanghai soup dumplings. We're taking M and her sons S and In along for the ride as they're all dumpling fans. This Saturday night we're meeting early, at 6.30pm outside Ashfield Mall along with some unusual looking types, and what do you know but we're greeted with a queue outside of ticket bearing patrons. It's like being transported to a Yum Cha restaurant at 1pm. 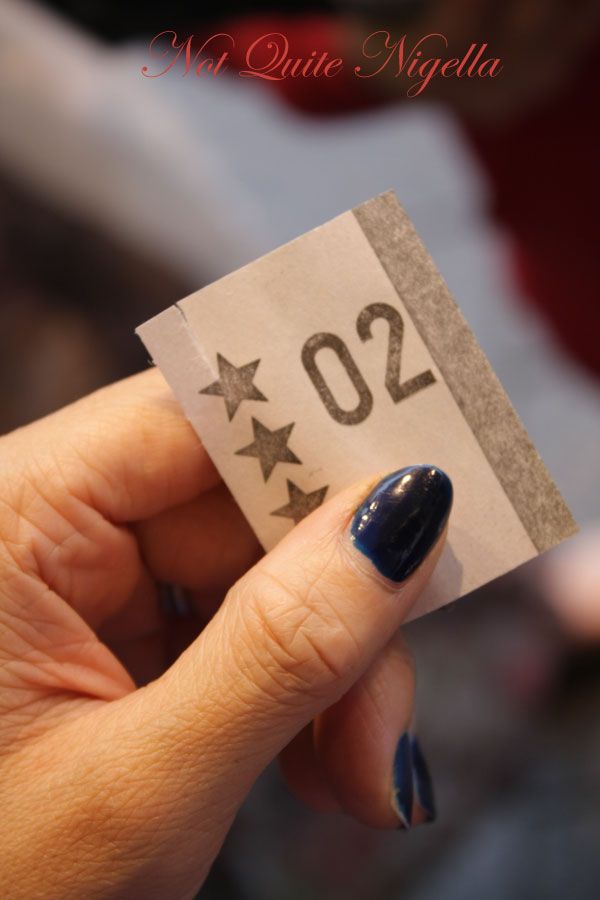 I feel like breaking into song: "I've got a golden ticket!"

The girl with the tickets lets us know that it will be a 15 minute wait and we stand outside pondering the other numerous Shanghai eateries along the road, many with only 1 or 2 customers inside them. If there's one thing about Chinese restaurants, it's that if there's a queue, it's usually a good sign. 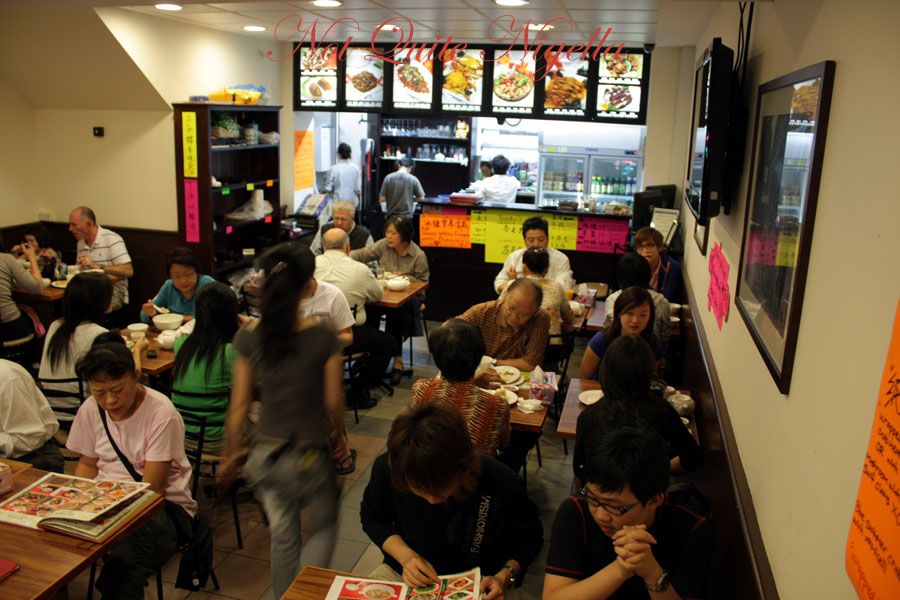 Within about 10 minutes, our table is free, and it's a good thing as S is hungry (he is a growing boy after all). We order straight away as they've given us a copy of the menu to look at while waiting. We've chosen a selection of dumplings as well as one of their chef's specials and a tofu dish. 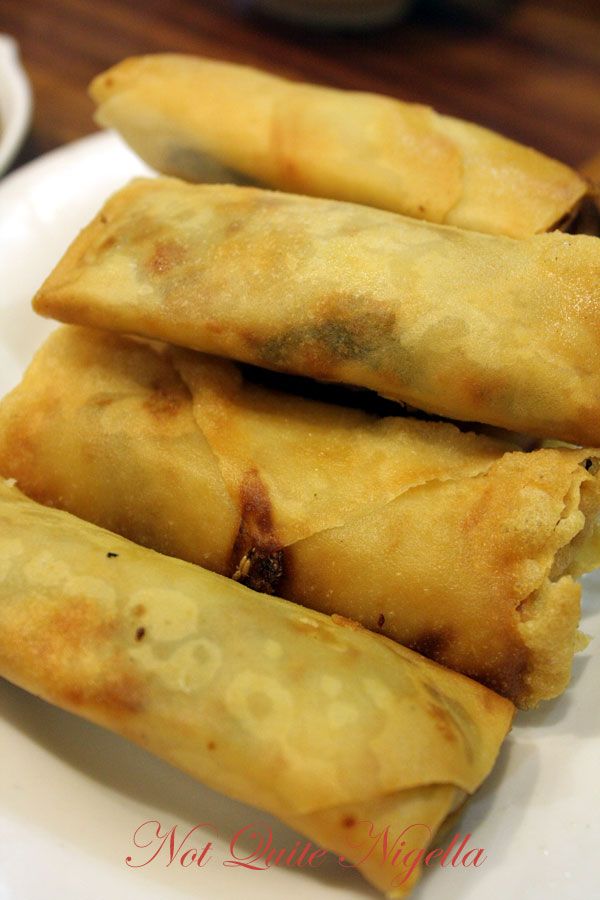 Everything comes out quickly and our small table can barely fit it all so we do a lot of quick eating and juggling. The first thing we try is the Spring rolls, which In had ordered as they're his favourite. They're not bad, nice and fresh and very hot although Spring Rolls aren't usually my item of choice. 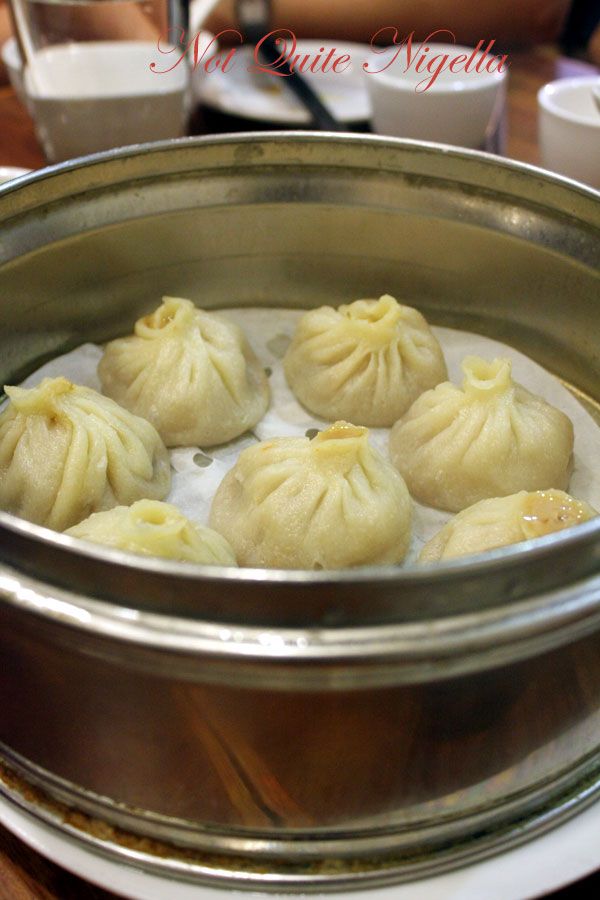 The next item is one that we warn the boys will need a bit of patience and restraint. If they thought the Spring Rolls were hot, they might get a shock when biting into the hot soupy Xiao Long Baos. We let them cool for a while and then instruct the boys on how to eat them. After telling them to "Put the entire thing in your mouth" In chomps down halfway on his sending an explosion of soup forth across the table and dribbling down in front of him, much to his utter delight as only an 8 year old can see it. The other tables around us chuckle at the sight and M clucks "What part of 'put the entire thing in your mouth' didn't you get?" while mopping him up. 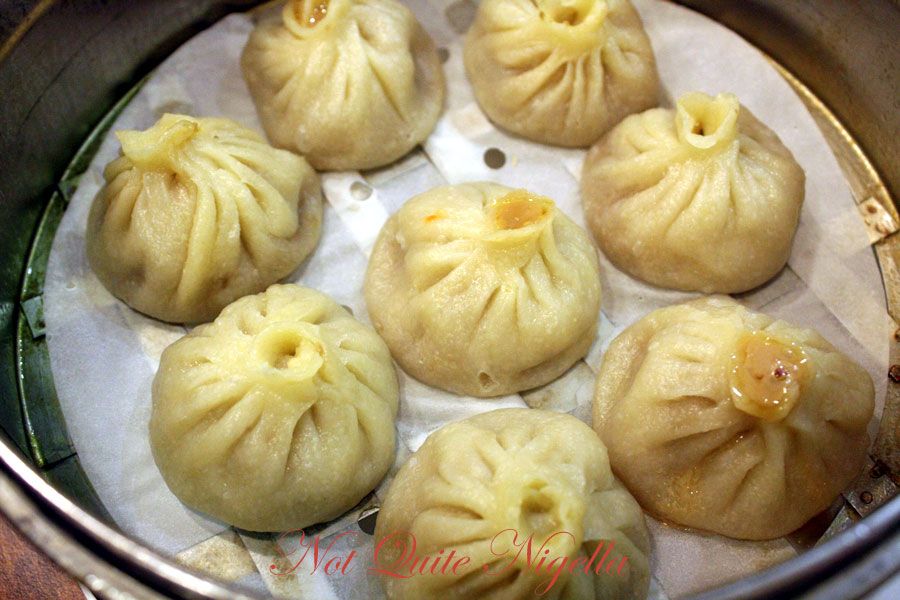 I notice that the pastry is a little sturdier than at Shanghai Night, with only one tearing on the way to our mouths as it was sitting next to another when it was steamed and they stuck together. The taste inside is gingery and very good, I'd say these were as good as Shanghai Night but my husband feels that Shanghai Night wins on price as it's cheaper and taste (Shanghai Night's is still a touch more gingery). 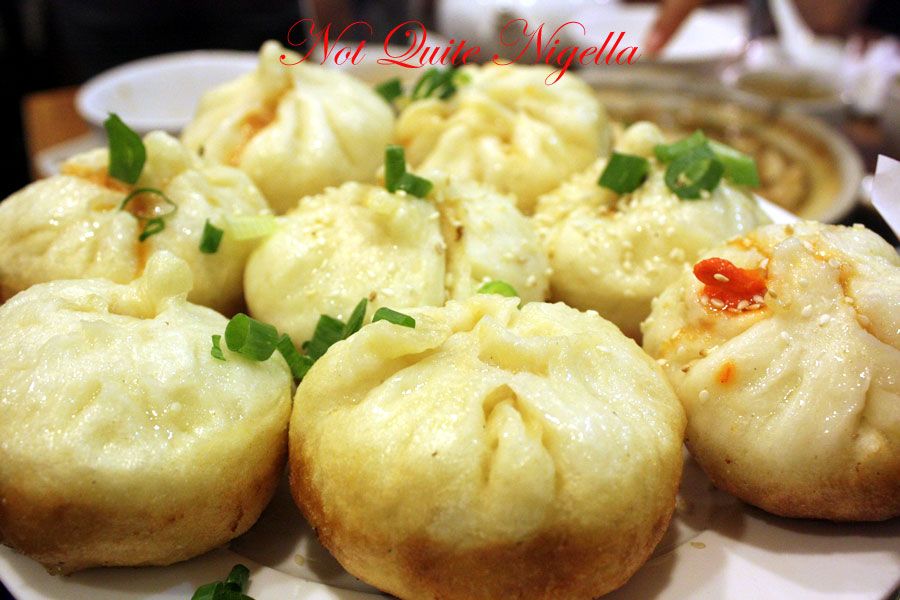 The next dumplings are my favourites, the bready filled pork buns with the burnished crispy bottoms. We've chosen the crab and pork ones and one bite into them and I'm enraptured. The outer is cushioney soft yet perfectly crispy at the bottom and the inside is filled with a generous amount of pork and red crab roe in the centre and there is also the additional soupiness inside. They're quite simply the nicest of these dumplings that I've ever tried - my only hope is that they're consistently this good. My husband usually doesn't eat any of these dumplings finding them too dry but he gobbles two down of these quietly confessing later that he really liked these. In is a firm fan too. 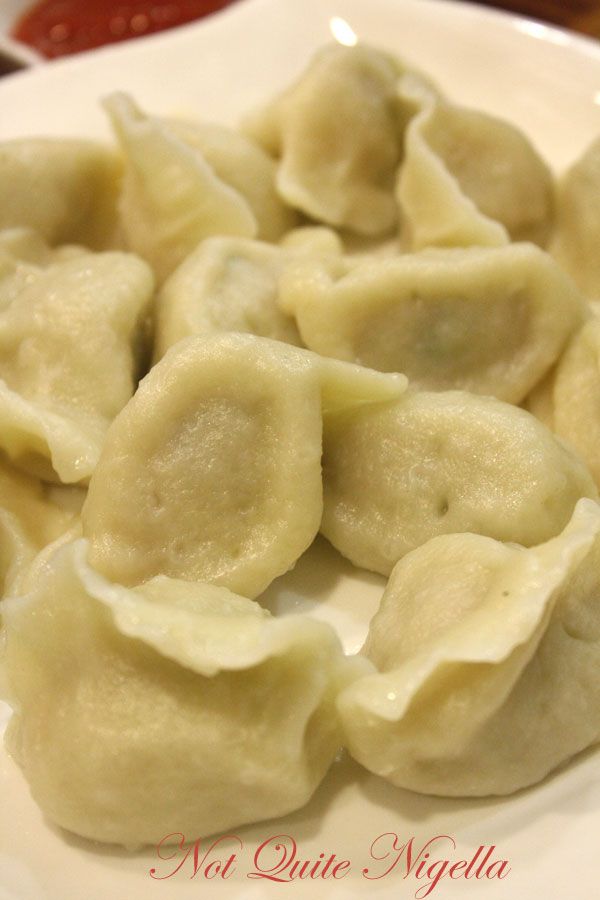 Cabbage and pork dumplings 15 for $8

S and my husband's choice is the Cabbage and Pork dumpling. I don't mind these but after the Xiao Long Bao and the Pan fried dumplings, their sturdy appeal is lost on me. Not so for S and my husband who fill up on these little beasties. 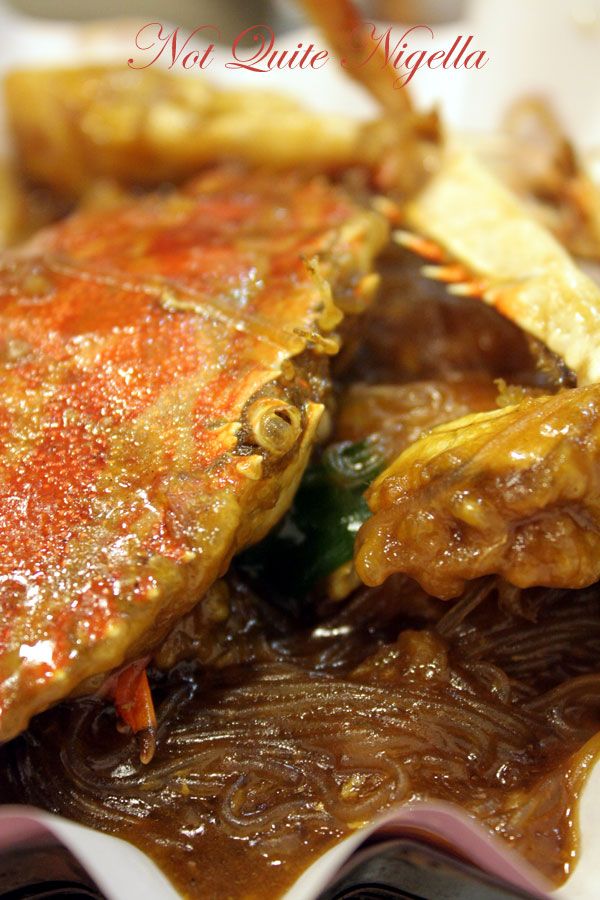 Our next dish is one that has the boys excited, the Blue Swimmer crab with vermicelli noodles served "on fire". The crab is a little fiddly to eat and if I can be honest, isn't the best crab I've had but the noodles, thick with roe and flavour are worth diving back for again and again. S delights in getting every morsel of crab out of the legs (stabbing with fork is the best method of execution for him). 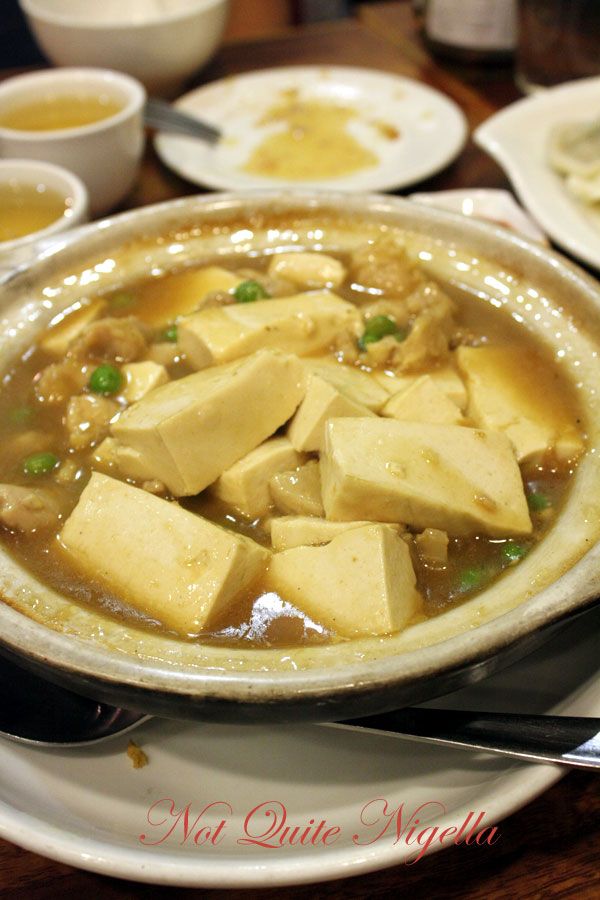 Our last savoury dish is the Hot pot with Tofu with chicken, a dish M ordered as she likes tofu. It looks boring but looks are deceiving and the rich sauce is deliciously gingery and very flavoursome with the pillows of tofu so soft. 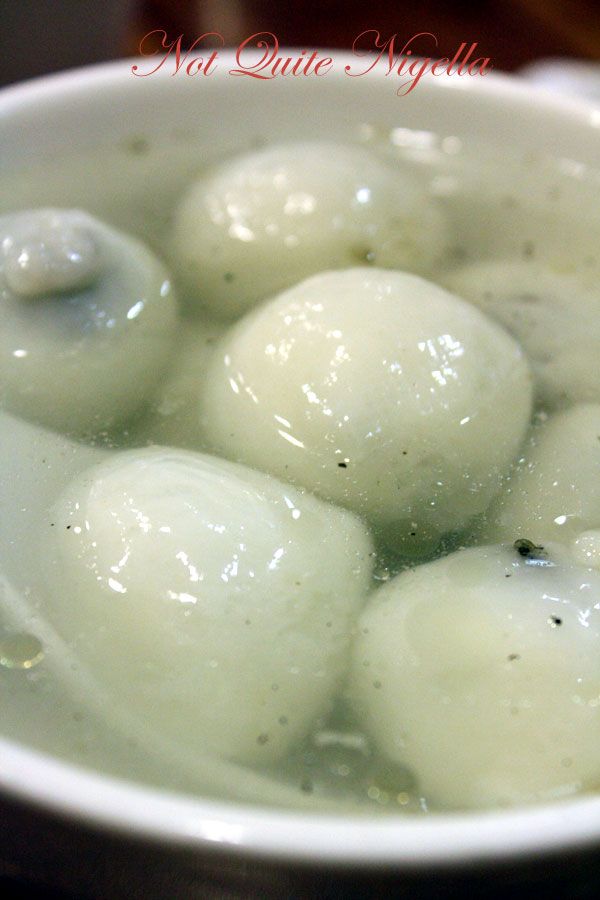 The boys are impatient to try the dessert, the sesame rice balls. I'm curious as I thought these were in a sweet soup much like the papapa and white fungus but the soup itself tastes like a  floury water - not palatable. 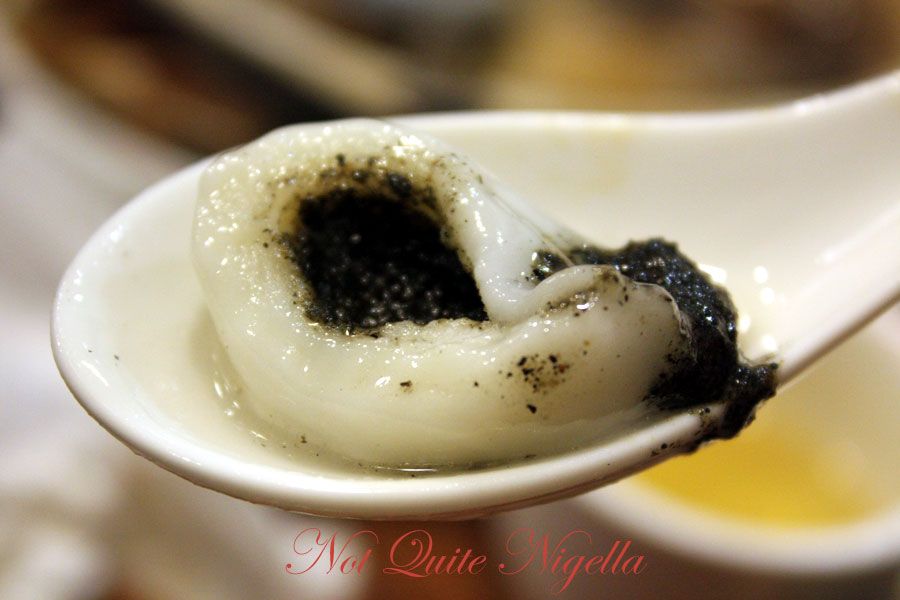 The boys are not fans, the balls aren't sweet enough for them but I try one after being warned that they weren't sweet and really liked them, the soft gelatinous texture of the mochi balls is delicious against the smoky, slightly sweet black sesame.