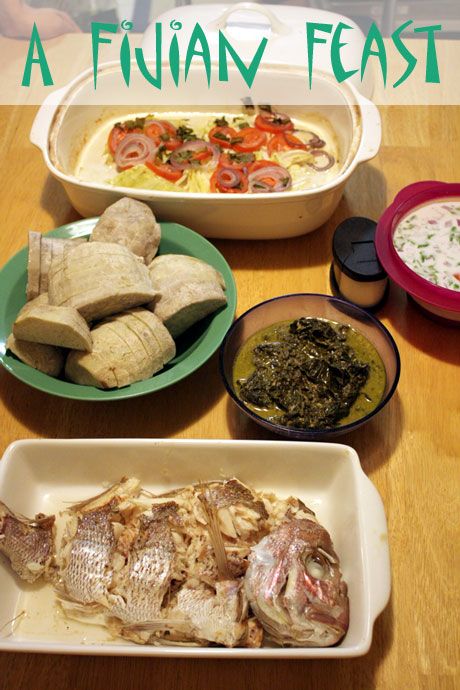 About 2 and a half years ago my husband and I had our honeymoon in Fiji on one of their islands called Mana Island. Every night one of the restaurants would have a buffet with a different "theme" eg Chinese, European and Fijian. The one I always looked forward to was the Fijian one. They would do Lovo (similar to a Maori Hangi where vegetables and meat are baked in the ground, although for this resort it was in an oven) and all sorts of dishes based around fish and coconut. My husband was crying out for something coconut free by the end of it but not I, when we got back, I made the "Miti" sauce, a simple to prepare sauce  consisting of Coconut milk with coriander, diced spring onions, spanish onion and tomato and I would eat it with grilled or steamed fish. 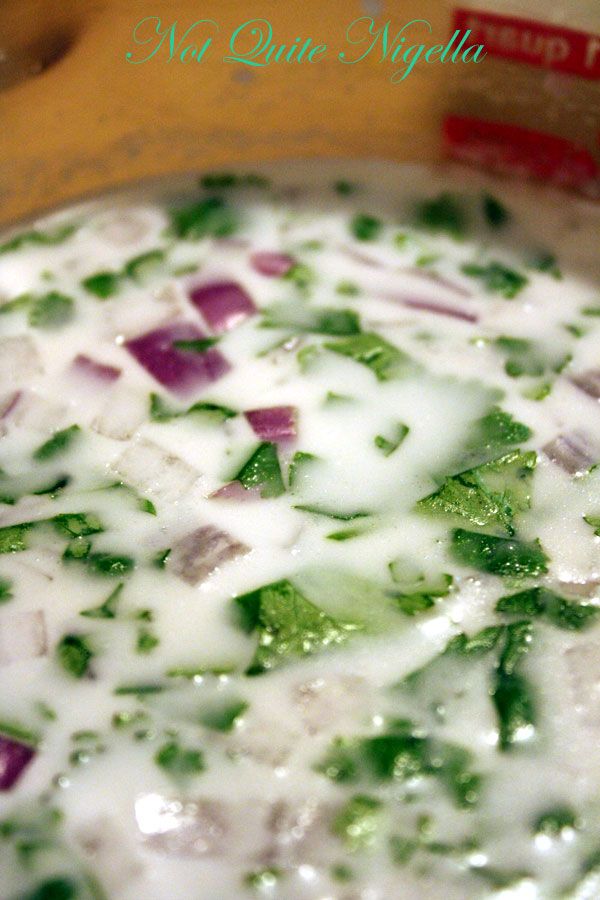 When M invited us over for a Fijian feast cooked by her boyfriend Semi, we were excited. There are no real Fijian restaurants in Sydney although there are plenty of Fijian markets and stores. 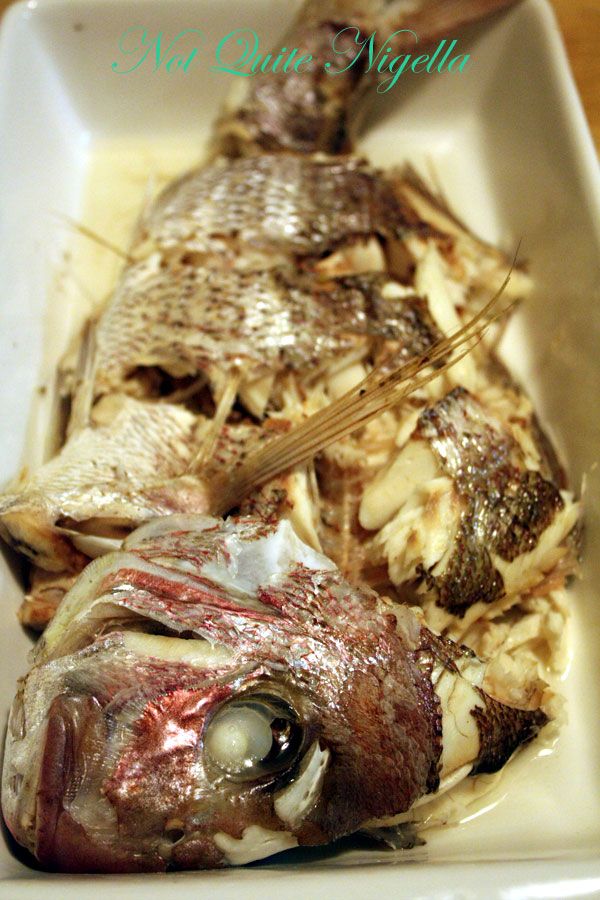 We're served delicious Ika (fish) , steamed whole and accompanied with spoonfuls of the Miti sauce (coconut milk or cream with onions, tomato and coriander). And boys being boys, S and In bags the eyeballs. 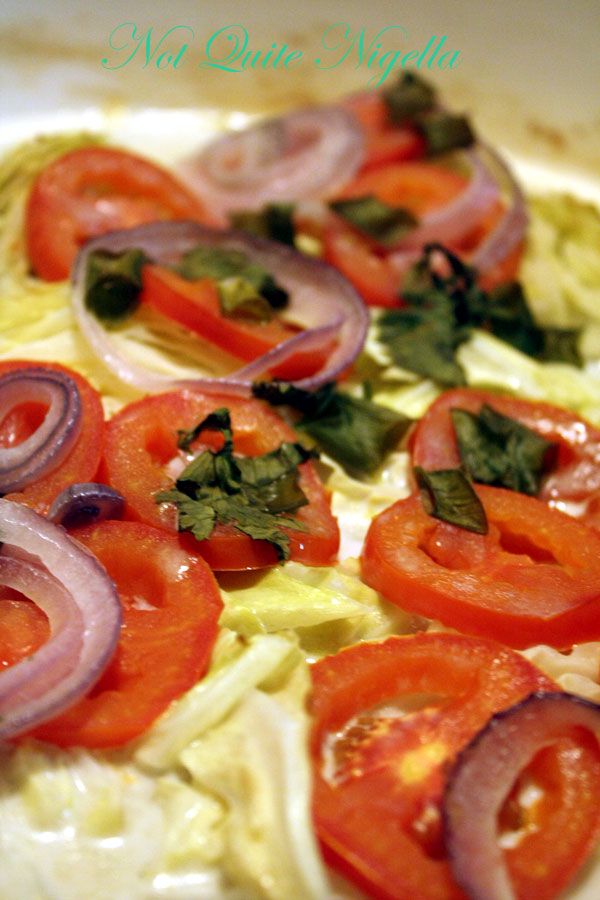 There's also Smoked fish where a fillet of smoked fish is covered with coconut milk and topped with sliced tomatoes, cabbage and onions and baked in the oven. 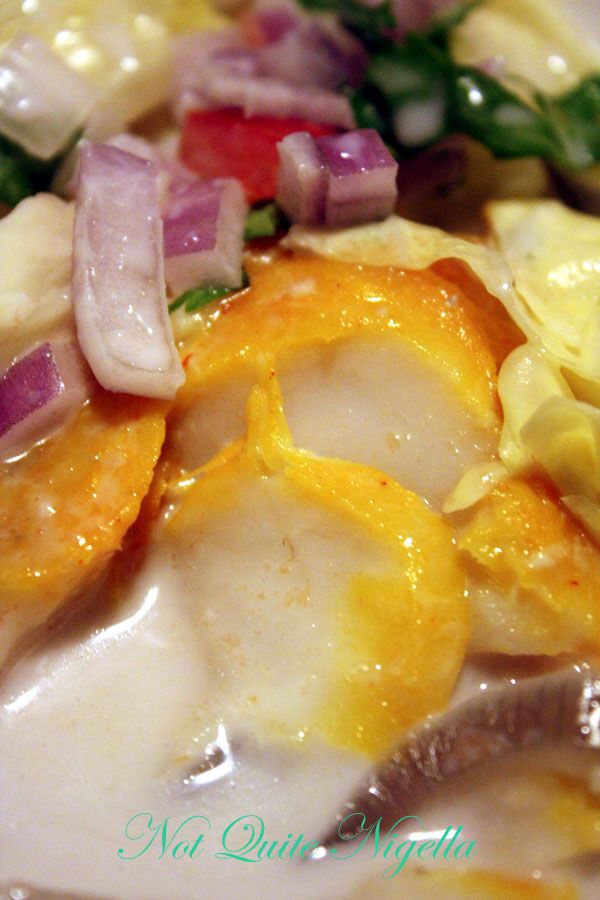 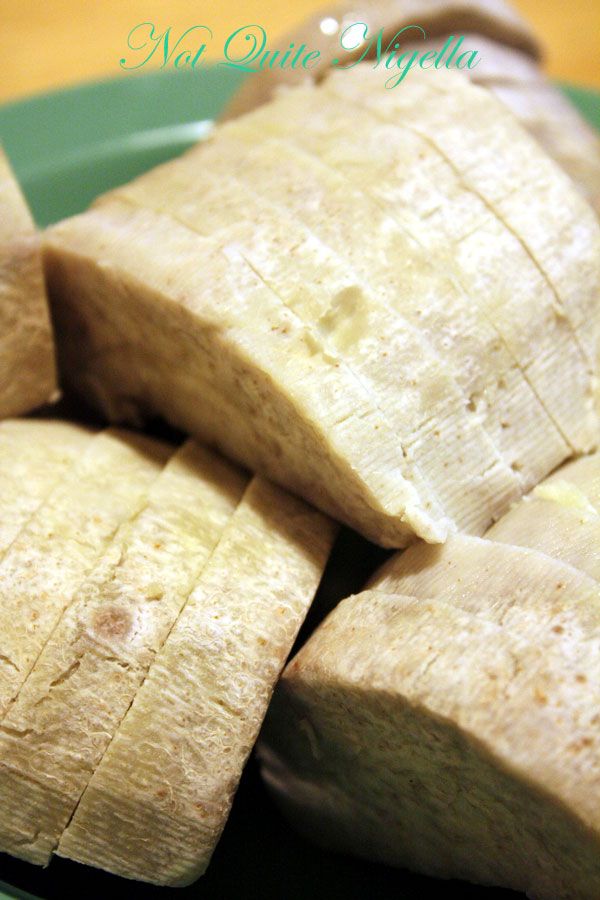 No Fijian dinner is complete without Dalo (the taro root) steamed and sliced into pieces like bread, a staple at dinner. 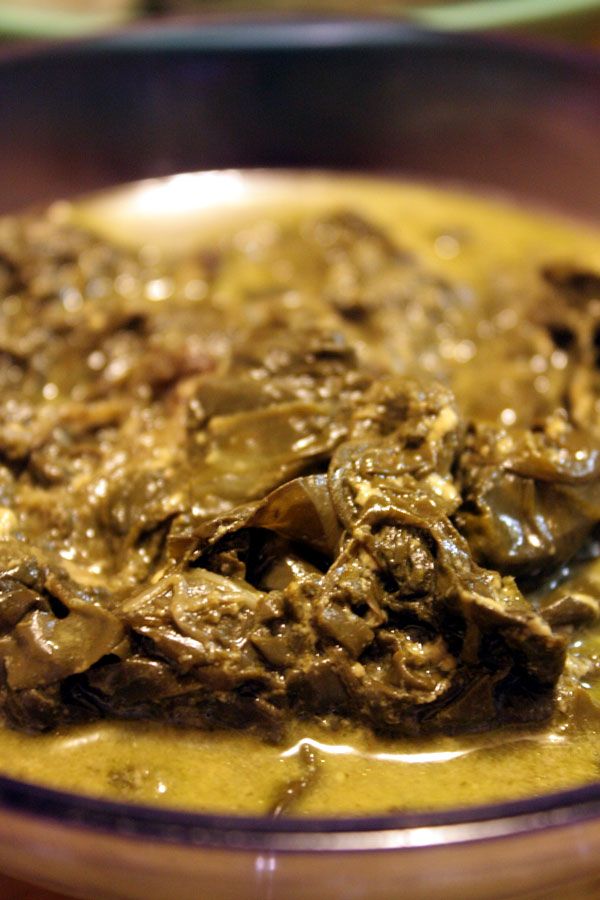 The Rou Rou are the coconut sauteed taro leaves which you can purchase here in a tin which are sauteed spinach like when cooked. Yes you are sensing right, coconut is most certainly a dominant theme. 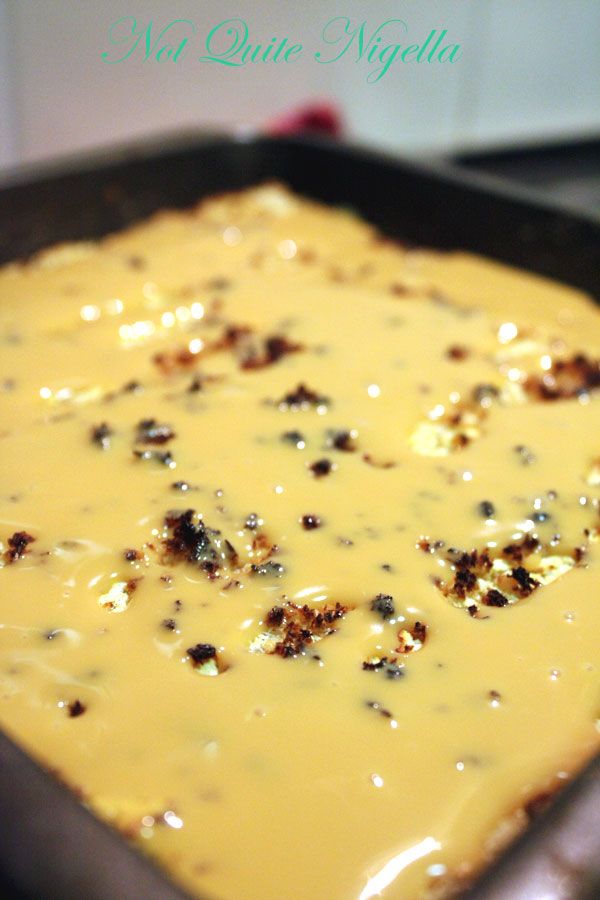 For dessert there is Vakalavalava which is a baked cassava pudding. Semi was able to buy some fresh Cassava from Flemington markets but frozen will do too and can be bought at Phillipino supermarkets where they call it Manioc. It's a rich, dense pudding coated in sweetened evaporated milk and just perfect with Honey Butterscotch ice cream. 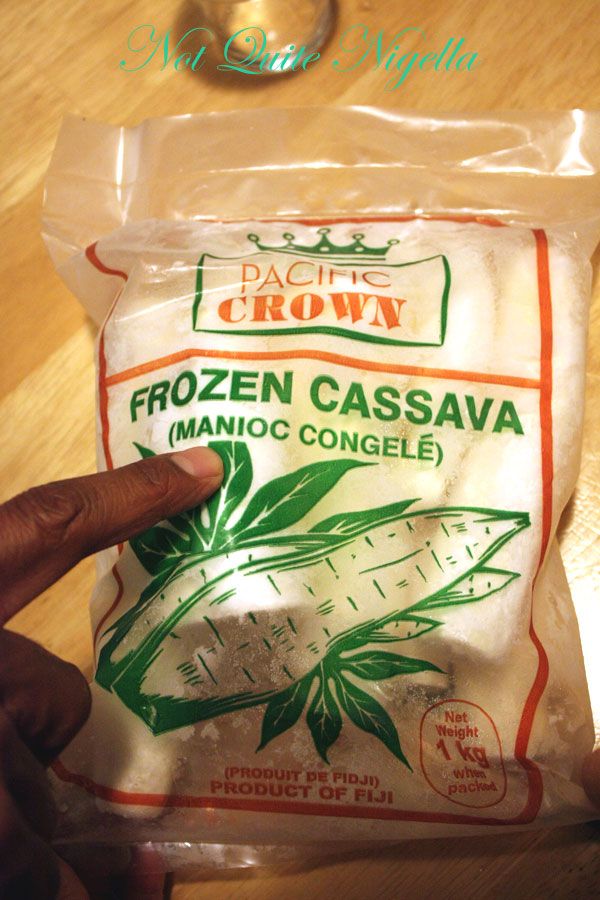 M also told me about trying Vudi (pronounced Voondi), a fat Fijian banana that tastes so good that it resembles banana ice cream. However it comes with a word of warning, after trying this her sons S and In won't eat normal bananas after trying the  ice cream flavoured banana. Logical really, but frustrating no doubt. 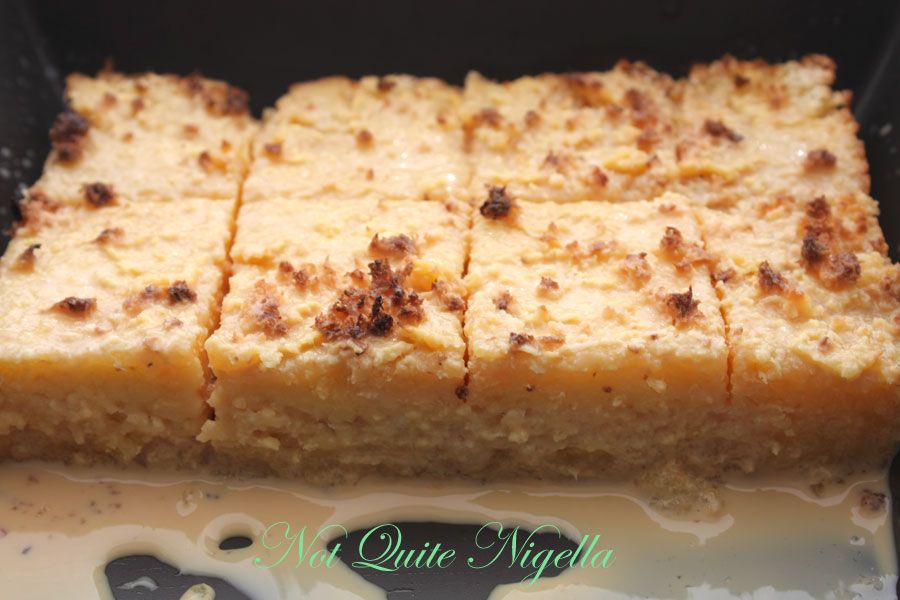 Step 1 - Mix the first 3 ingredients in a bowl and then press into a small, oiled baking tin (18x18cms)

Step 3 - Cool and cut into small slices (it is rich!) drizzle with sweetened evaporated milk 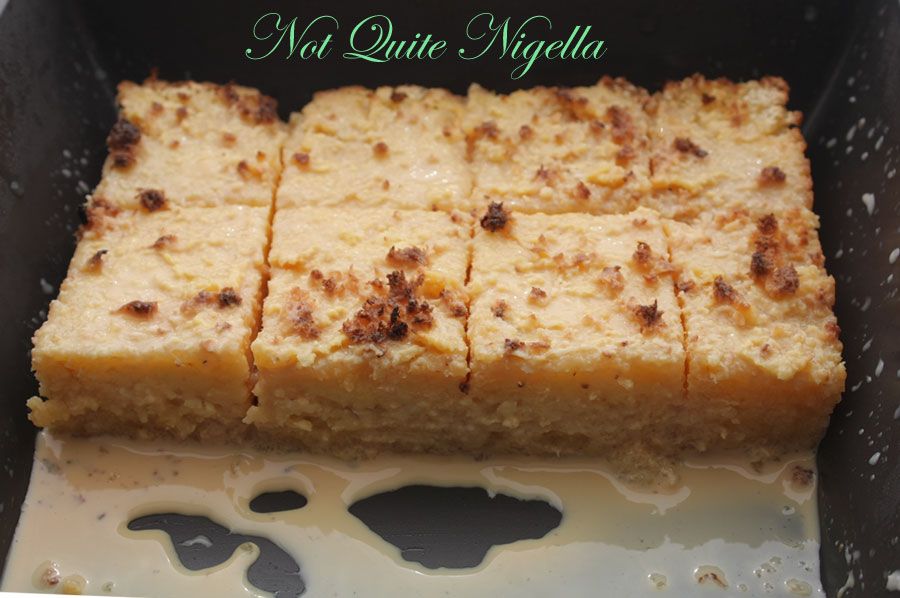