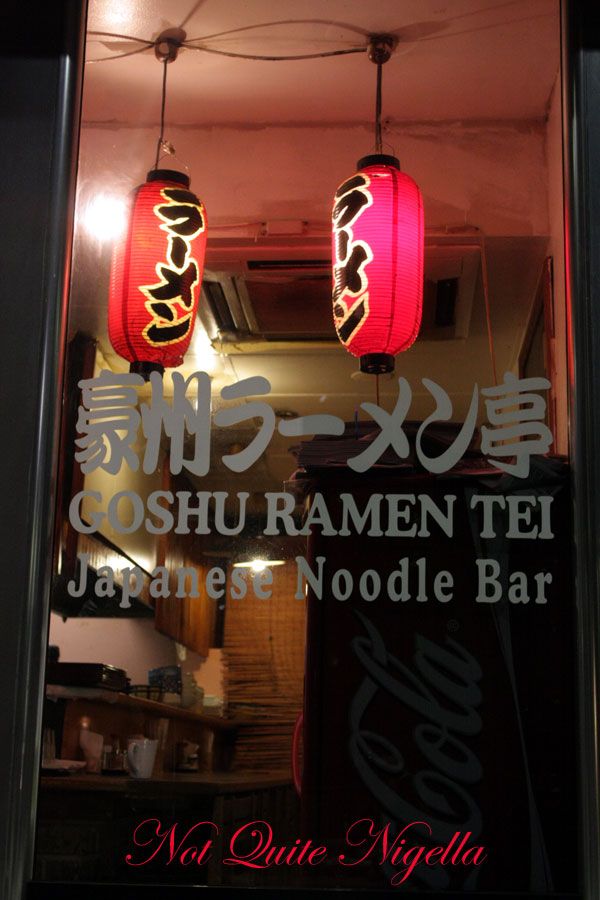 Right next to Ramen Condor on York Street, Wynyard, and I mean right, next door, is Goshu Ramen. With a little smaller eating space but a similar looking menu we felt compelled to try both and compare the items. It's late, about 9pm this quiet Monday evening and I'm eating with my husband and the Assman, two ravenous boys. I am not particularly hungry having eaten my fill of burgers at a McDonalds function a little earlier but I order a dish to contribute to satisfying my husband's rampant hunger. 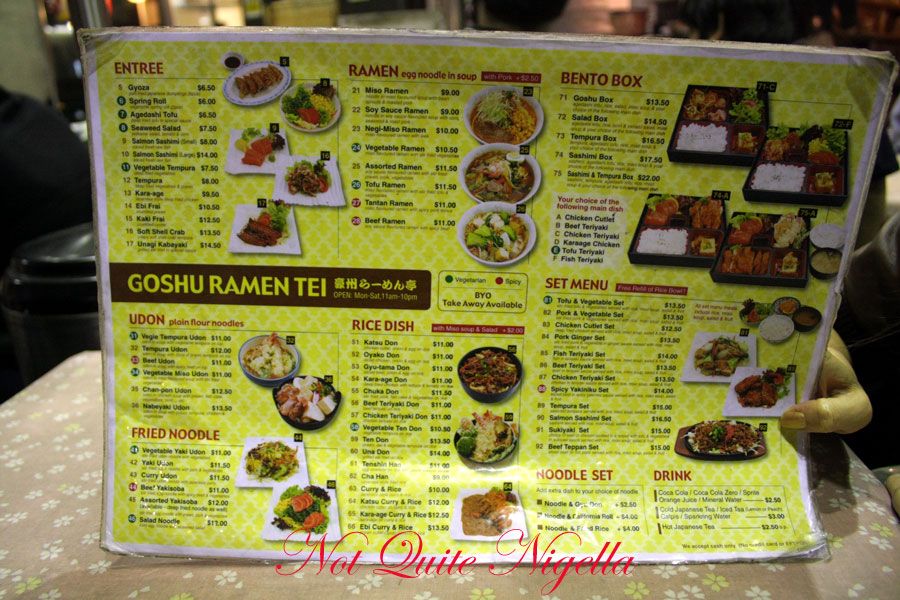 That's my hand on the right, although at first I thought it was the body part of some bizarre creature...

Looking at the menu, the set meals are cheaper but the ramen has less choice and there isn't a choice between the 3 soups that Ramen Condor has (Miso, Salt and Shoyu) whereas here they're predetermined according to the selection that you Karaage curry knowing that my husband won't be able to finish two ramens. 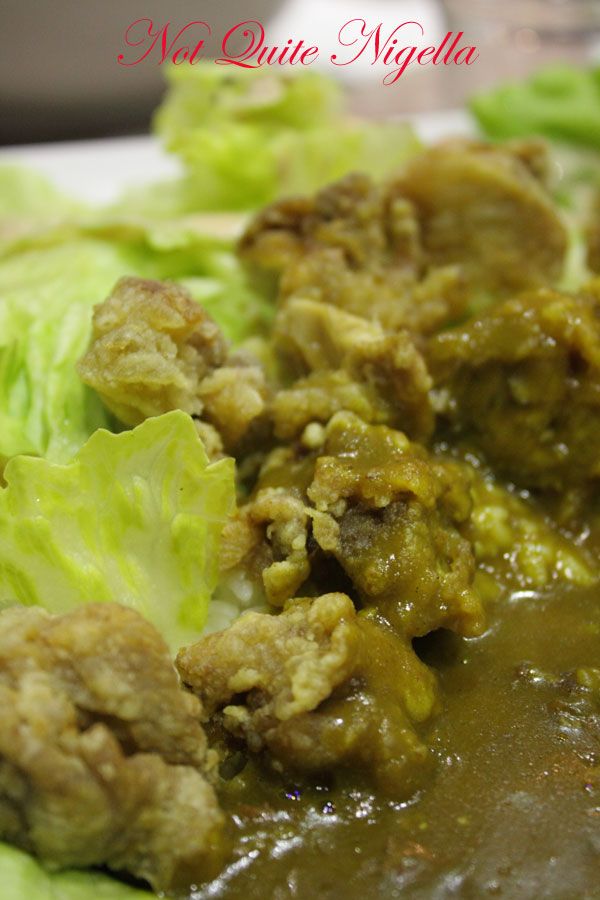 Our meals arrive quickly with a singsong "Thankyou for waiting" from our waitress every time she sets down the bowl. My husband's ramen is slightly smaller than the Assman's which comes piled up in a deeper bowl. My Karaage has seen better days. 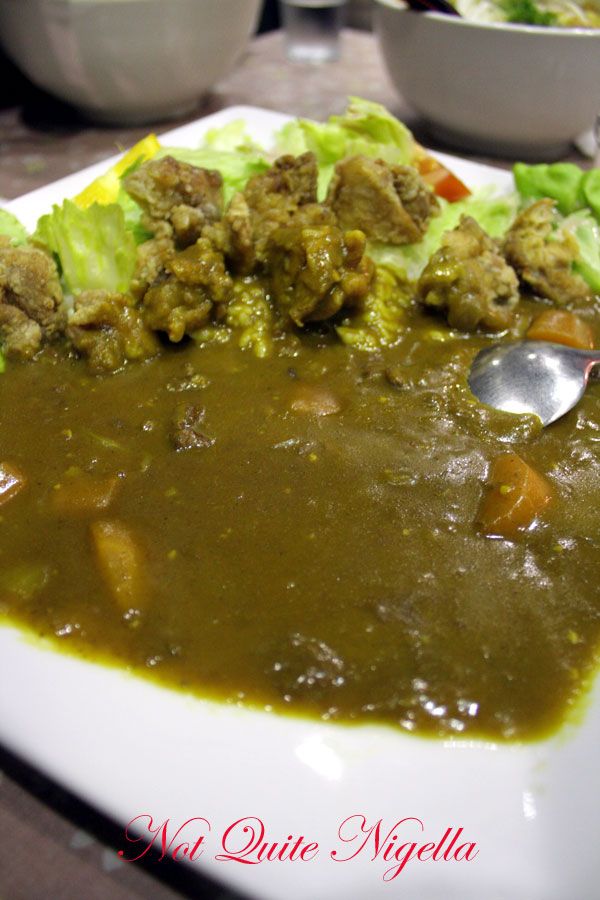 The curry sauce itself is quite nice but it also has some beef strips in it lurking about at the bottom and the occasional gritty taste to it. The pork itself is hard and tastes fried several times over and then microwaved. After a  few bites to taste it, I leave this to my hungry husband to devour. 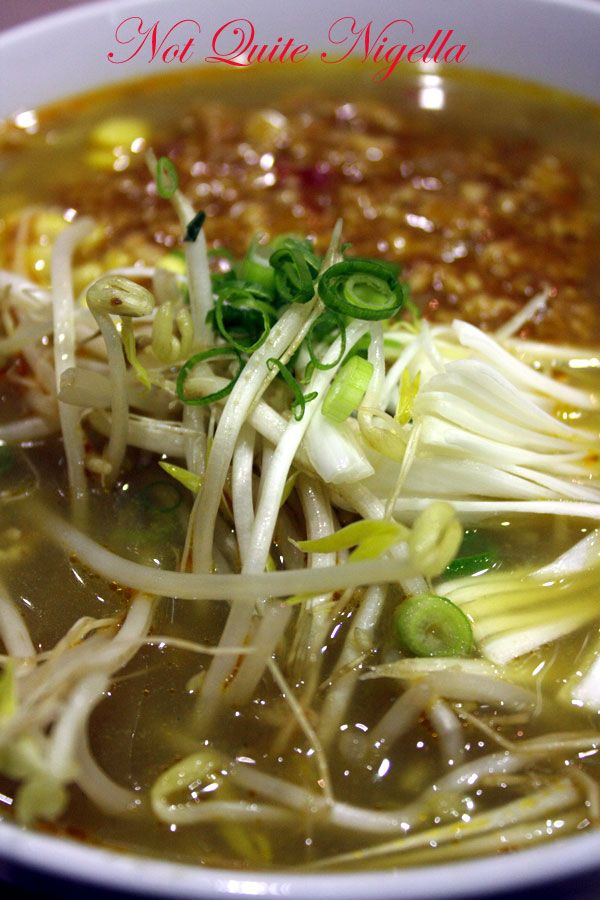 His ramen, the Tantan ramen has a lighter soup than the Ramen Condor's one. The soup is delicious and much easier to take than Condor's thick, sesame heavy broth which was great when first tasting but became too rich the further you got into the bowl. The ramen noodles aren't bad, although they're no Ryo's but I dislike bean sprouts in ramen as a matter of personal taste and this has a lot of them in it. 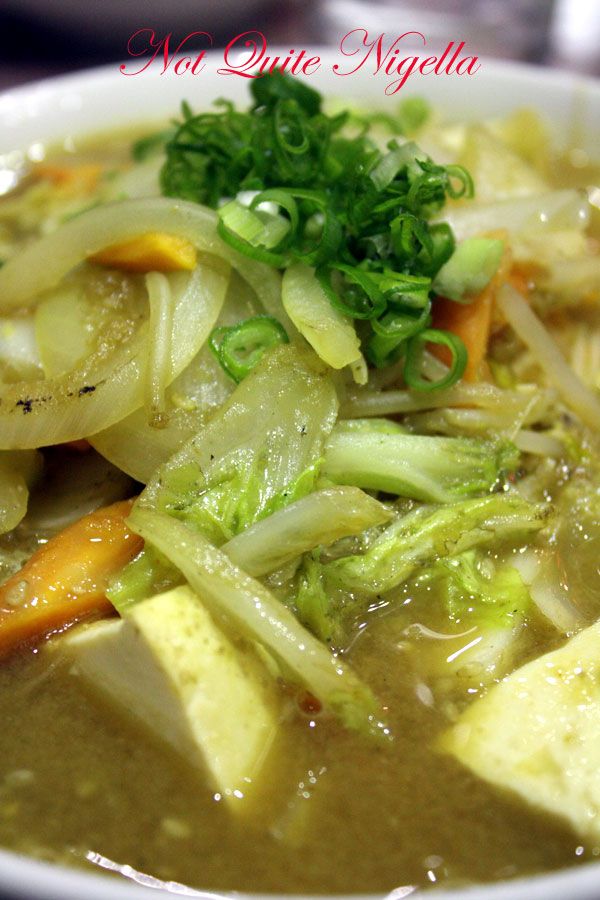 The Assman is very happy with his ramen although I didn't try the tofu and vegetable miso flavoured ramen. He's rather proud that he managed to fill up with only paying $11.50. He and my husband wax lyrical about the goodness of ramen, the filling nature of it and the reasonable prices. Yes, they are indeed brothers...