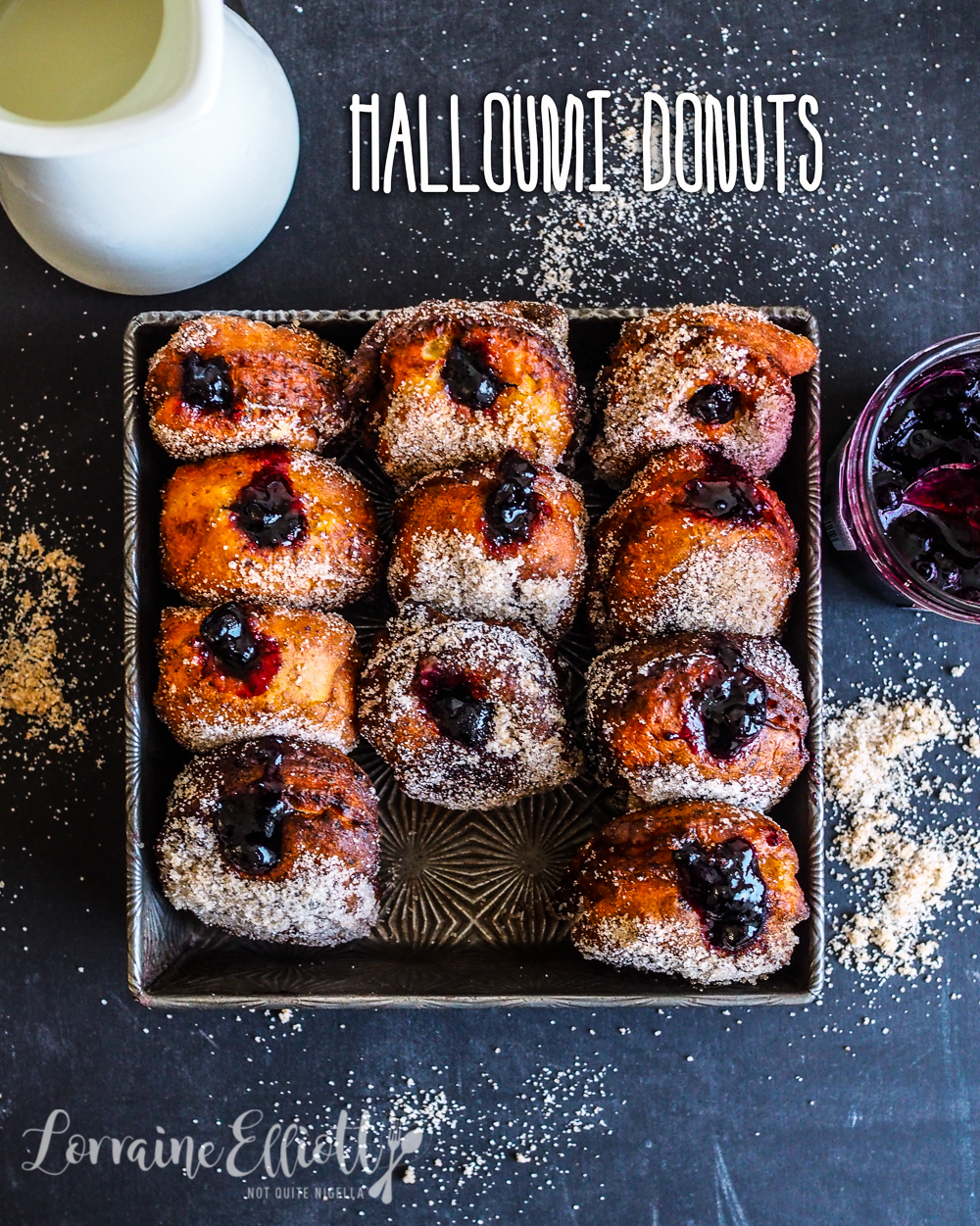 The first time I tried these donuts I was rendered speechless. They were so light, fluffy and utterly moreish that the next words out of my mouth after swallowing were to ask for the recipe. The halloumi gives these donuts a light texture and a wonderful flavour. Fill these with a jam or eat them fresh just rolled in cinnamon sugar. Just make sure that you try these!

The recipe came from chef Lauren Brown from Blue Swimmer restaurant in Gerroa on the South Coast. She puts a dot of blueberry jam on each one and served them with creme anglaise or vanilla custard. Because I was serving them at the ASRC (Asylum Seeker's Resource Centre) I didn't do the custard just so people could take them home. Instead I served them filled with blueberry jam but even without jam these are delicious.

I will say one thing about these donuts - they're incredible when they are cooked fresh. They're still great after an hour or two or later but they're donut perfection when they are hot and that's when you'll get that heavenly light texture. I would have assumed that halloumi might give it a "squeaky" texture but it doesn't at all. 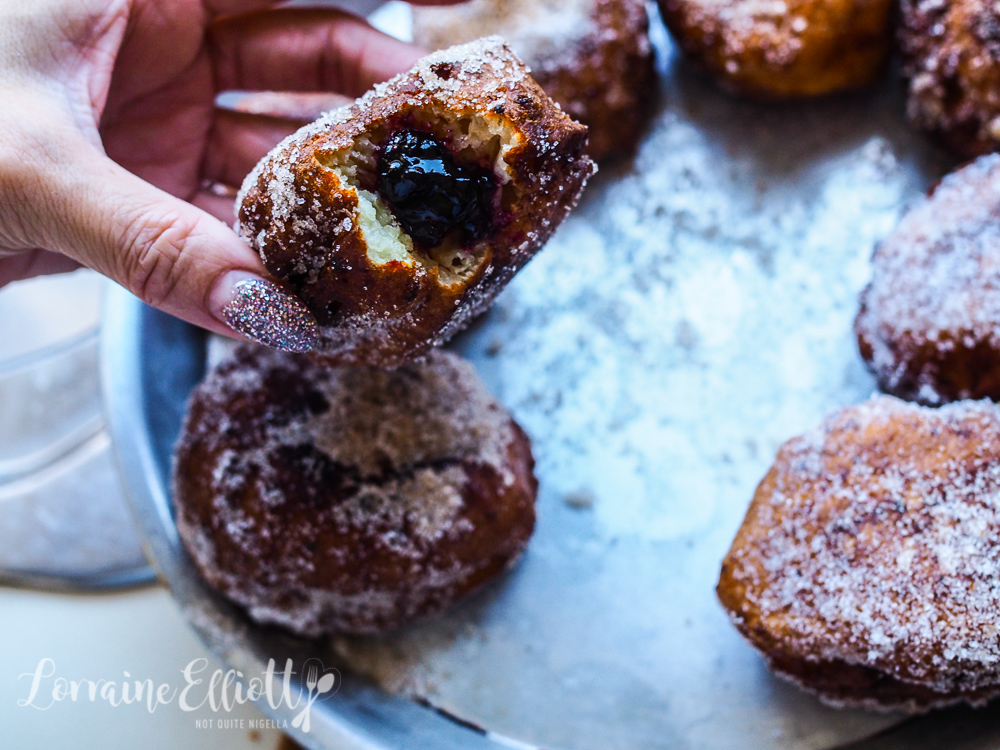 This recipes makes a lot of them so they were perfect to feed a crowd because they do come with a warning - they are so moreish you should not be left alone with them under any circumstances. I did sneak one to test for research purposes (it's a thing) and fell in love all over again. I was almost caught with cinnamon sugar and blueberry jam around my mouth, only swiping it off as I checked the car mirror before walking into the ASRC.

The other day I was almost caught out. I love the Elliotts but I have to be in the right frame of mind to see them. I need to be full of energy whenever I see them because they can be a bit draining. I was tired and had just eaten a big meal and wanted to sleep. So I was half asleep in the car while Mr NQN went to pick Mochi up from his mother. I also needed to buy something for the apartment so I sat in the car slumped down in my seat tapping away on my phone getting sleepier and sleepier. You know, a typical Sunday afternoon.

Then I saw a shadow from the corner of my eye. It was Araluen's boyfriend Harry who walked past my car. Araluen has dated and married some doozies (my least favourite was the men's right activist who would bill her for petrol money that he spent driving to her house, WTF) but Harry is a super nice guy and really quite normal. But in my mood for a split second I wondered if I should just sink further down into the seat and hide. 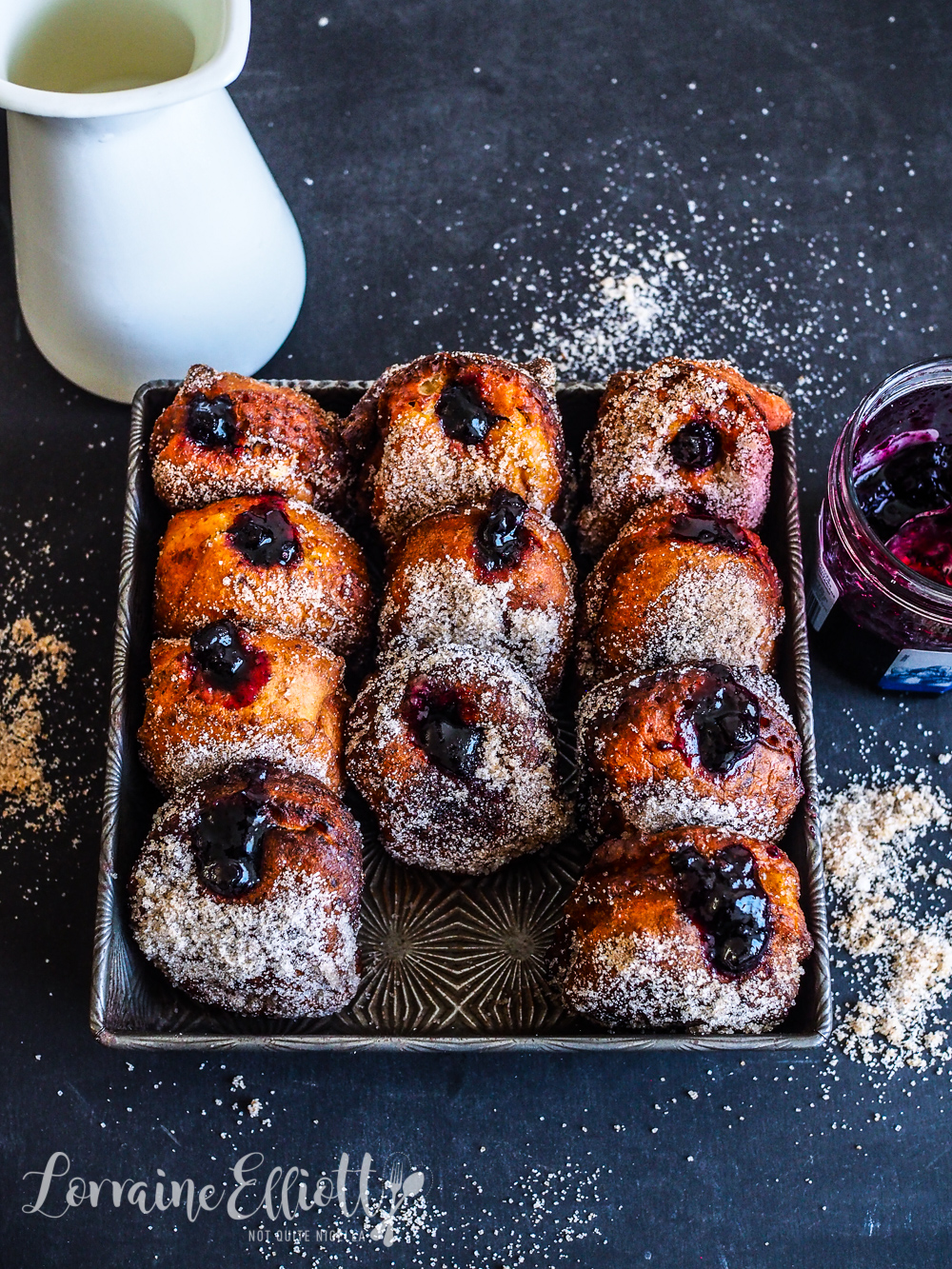 But then Harry turned his head and saw me looking guilty and sunken down far into my seat. "Lorraine?" he said, "What are you doing here?". He was there to pick up Araluen who lives in the same apartment block as Mr NQN's mum Tuulikki.

"Ummm I'm just buying something on line, I'm not being weirdly antisocial," I said lying unconvincingly because that was exactly what I was being. Araluen came out, and if she thought it was weird that I was sitting in the car then she didn't seem to let on. And then I realised that sometimes family gets how hard family is and that weirdness is all relative!

So tell me Dear Reader, do you ever feel not up to dealing with people? And have you ever spotted a friend and hidden? Would you try these halloumi donuts?

A Recipe Adapted From Lauren Brown At The Blue Swimmer Restaurant 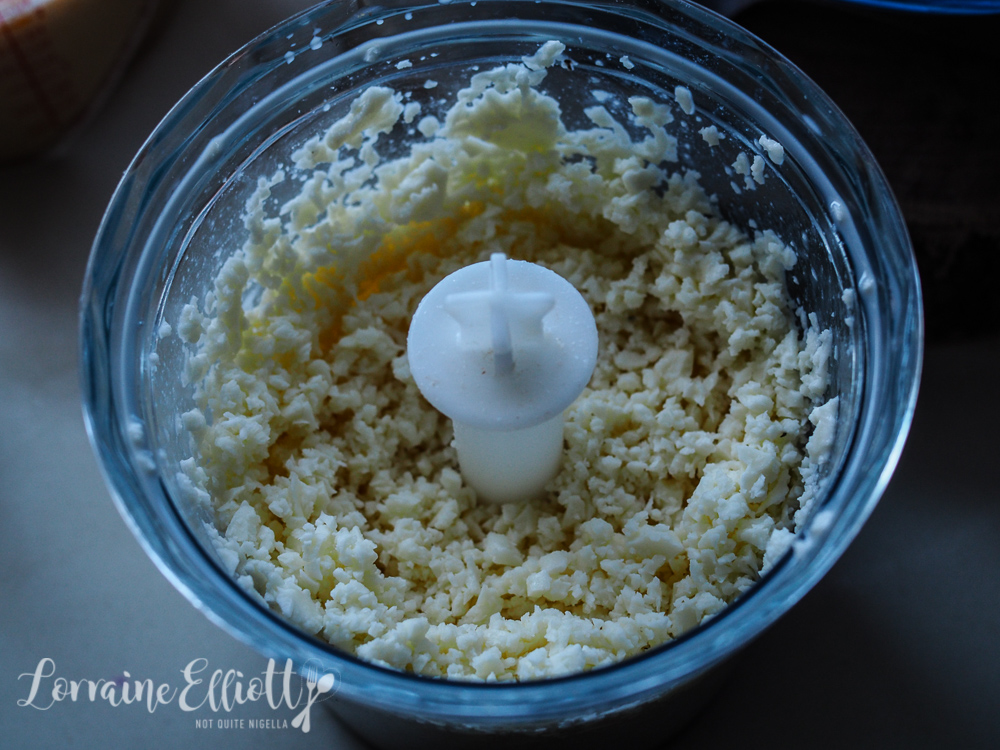 Step 1 - Break halloumi up and blitz in a food processor until granular. Whisk together milk, vanilla and eggs. In a separate bowl mix together all the dry ingredients. Mix wet into dry and then fold in halloumi. Let chill for an hour (or up to 2 days). 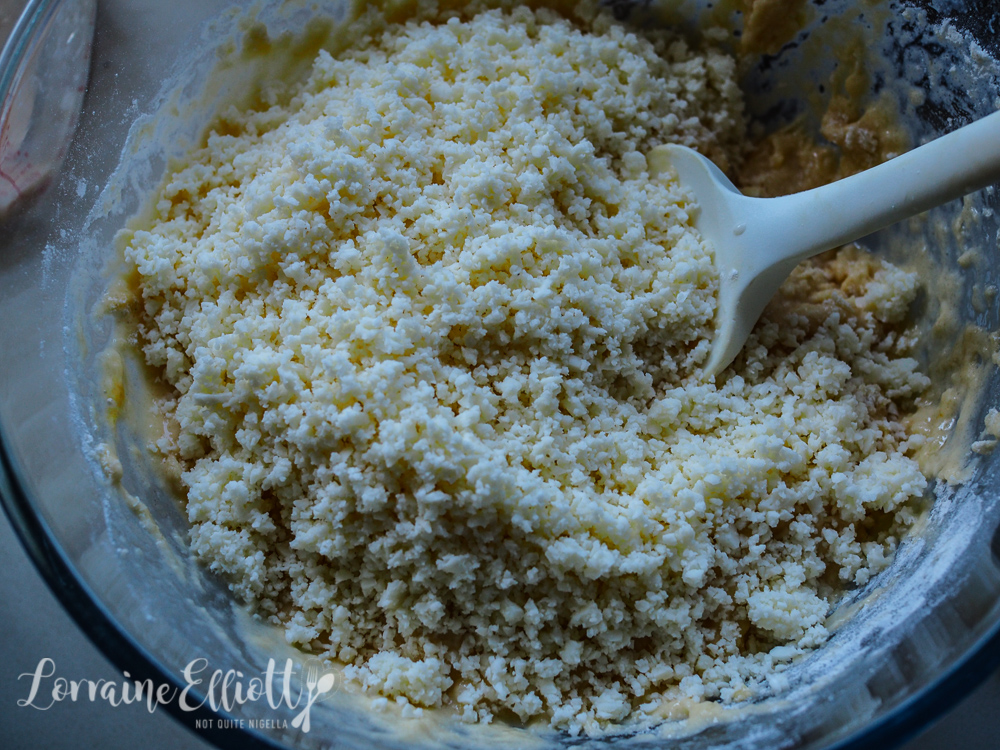 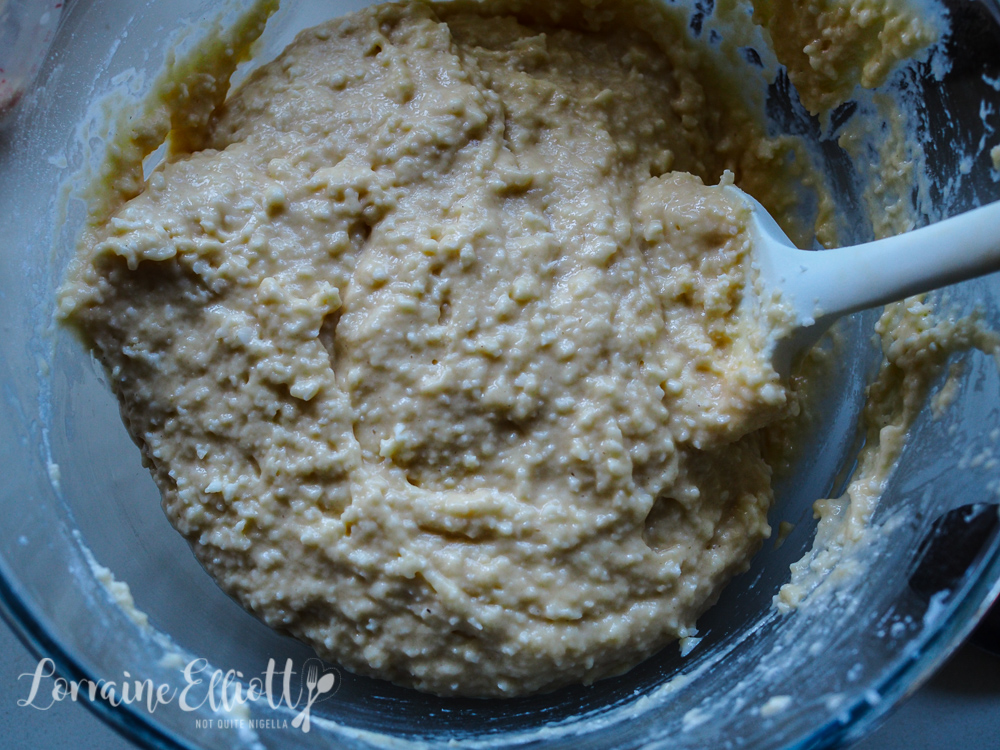 Step 2 - Heat plenty of oil in a fryer until it reaches 180C/350F. Use an ice cream scoop to scoop the batter. Cook for 5 minutes turning over halfway. Dust in cinnamon sugar while still hot. Poke a hole in the donuts with a chopstick and pipe some blueberry jam inside them. You can also serve them with vanilla custard or creme anglaise. 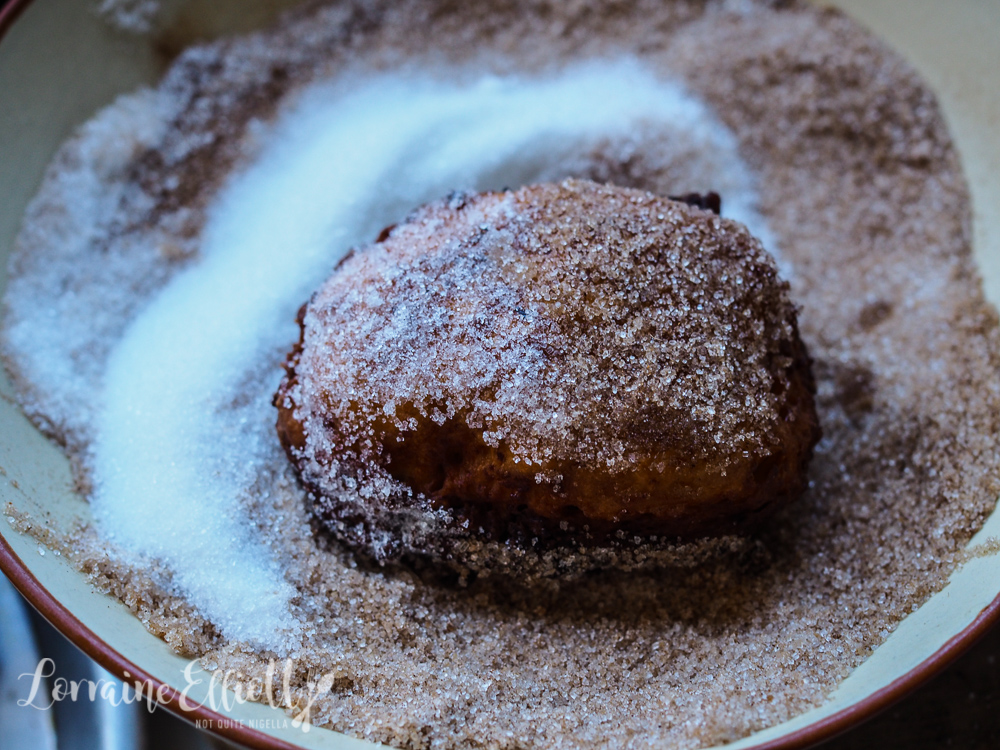 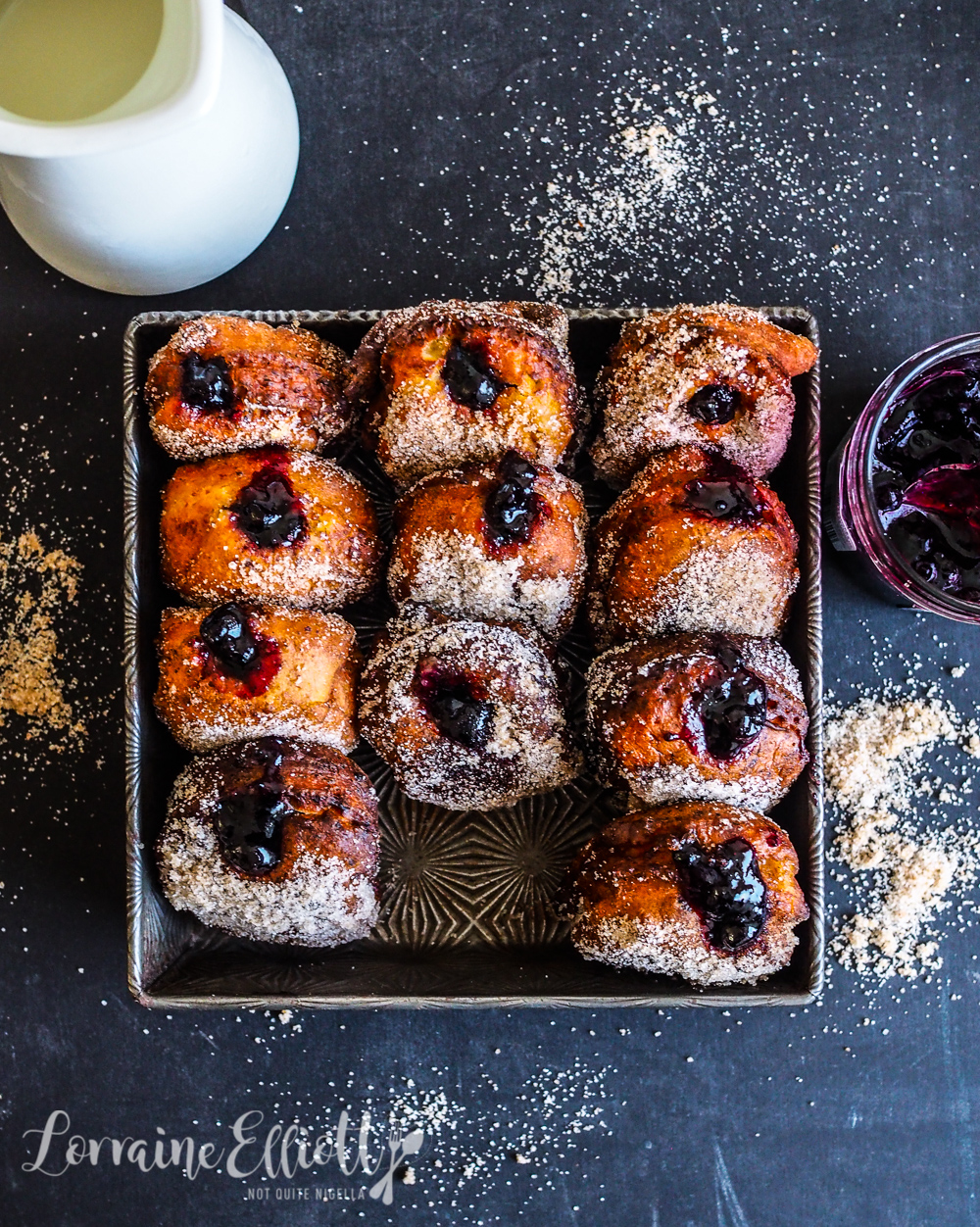