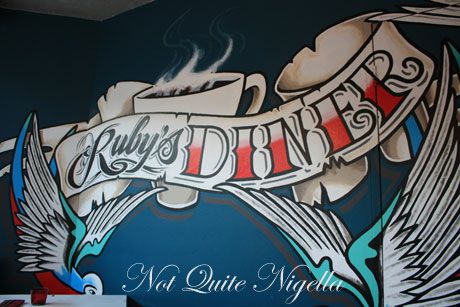 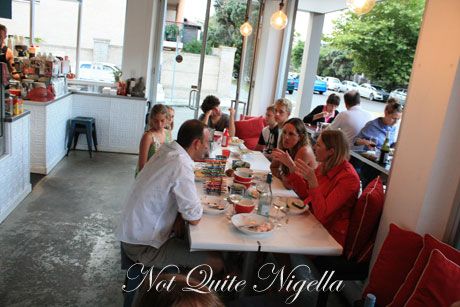 "Are you from a blog or something?" the tattooed gentleman asks me as he is clearing up the tables having spotted our camera work. The tattoo work is echoed on the walls with tattoo swallows although it doesn't quite match his arm art. He's friendly though and the question is asked with interest rather than suspicion. Around us are families with young children and babies as well as couples. Prices are very reasonable and the menu, although not American diner style is more Australian cafe style. 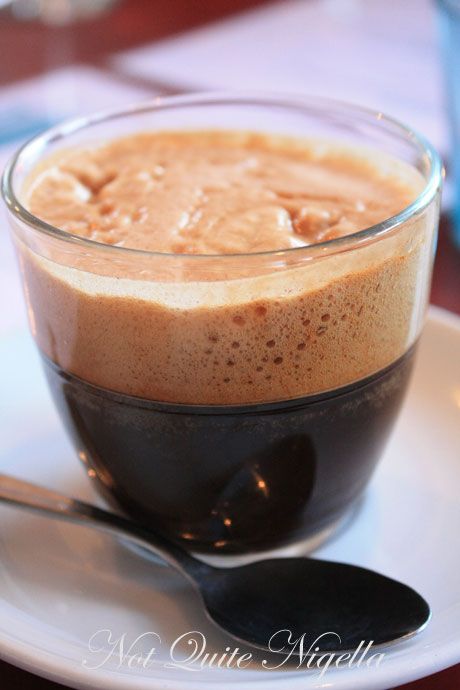 The Sparkling Black is a bit of an inauspicious start. We enquired as to whether this was just a fancy name for saying Coke and the waitress tells us that it's a coffee drink with sparkling mineral water (although she doesn't admit to liking it herself). Envisaging those slightly bitter Italian drinks like Chinotto we're instead presented with a glass with a foamy Guinness type head on the top. It's an unsweetened long black with sparkling mineral water and is not popular with the table at all with each of us trying some and passing it on quickly. "Worth a try" some of us say whilst Queen Viv is less enamoured "No it wasn't" she says grimacing. 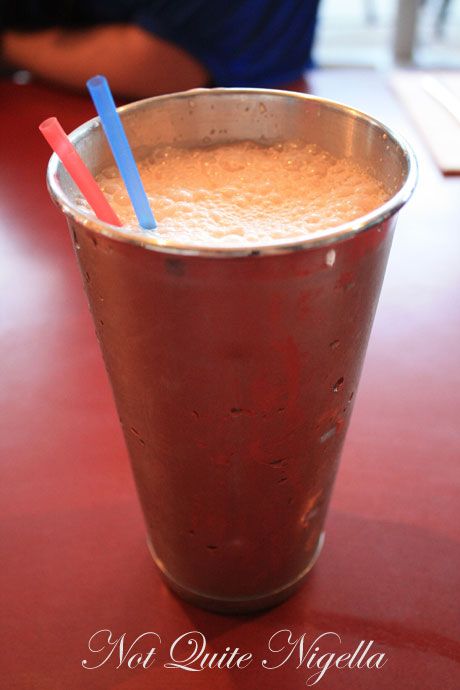 The milkshakes are made with homemade syrups. You can taste the Belgian chocolate but it needs a touch more syrup and a bit more richness via some ice cream as tastes more like chocolate milk. 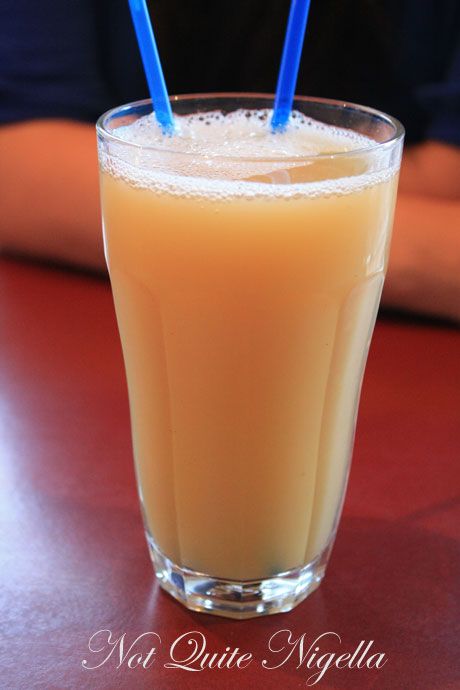 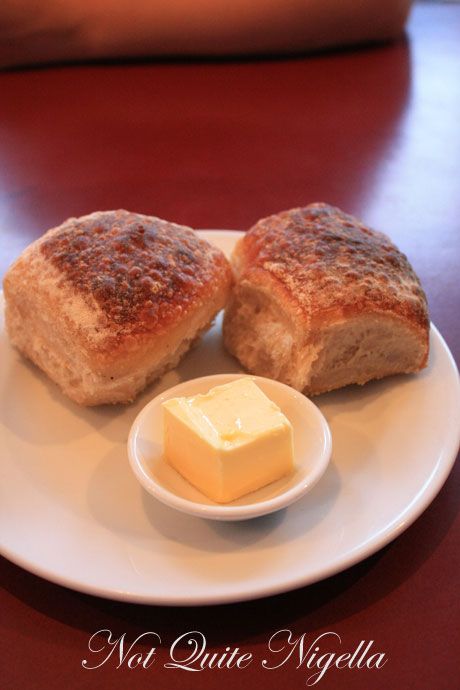 We're given complimentary sourdough rolls and they're deliciously soft and fresh. 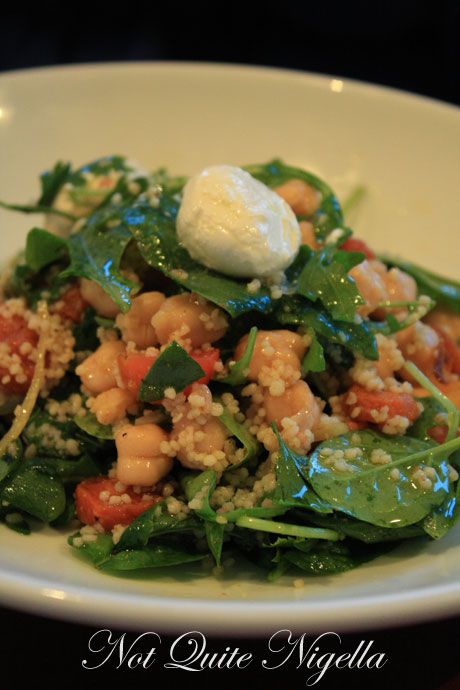 My chickpea salad was one I ordered because I was hoping to eat a bit healthier. It comes with roasted carrots, rocket, tabouli, chickpeas , mint and parsley and is tasty with a light and zingy preserved lemon dressing and fresh herbs and I happily finish every morsel. 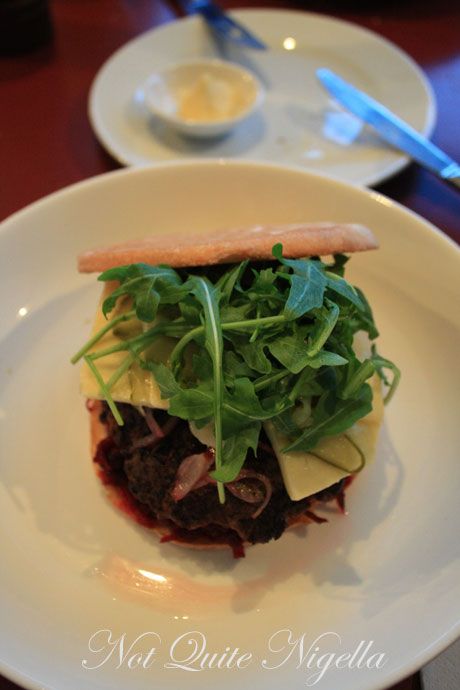 Time Out magazine rated the Ruby's Diner burger in the Top 5 burgers of Sydney so we were intrigued to try them. The bun is thin and toasted which reminds me of a panini and it comes with a beetroot relish, egg, pickles and a vintage cheddar cheese which gives it a nice, sharp edge. A top 5 burger is a tough call though and perhaps it's a little too left of centre for burger purists although it is very enjoyable. 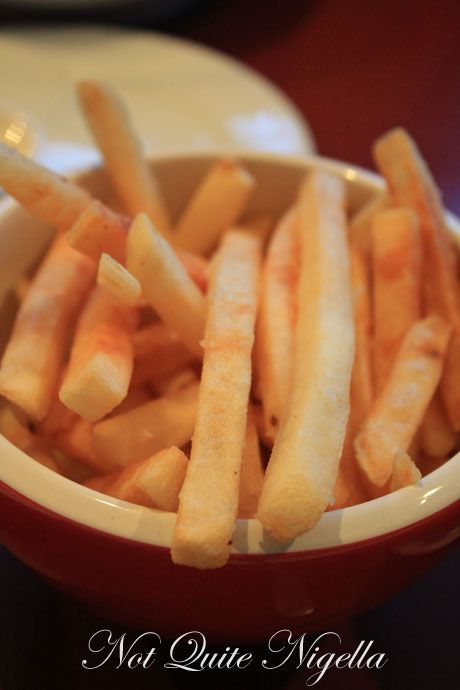 The burger doesn't come with fries so we order these. They arrive halfway through the burger and are a bit patchy with some parts golden and some parts pale. 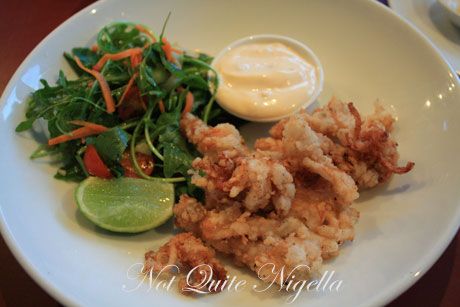 Queen Viv orders the salt and pepper squid and finds the lime and chilli mayo too spicy for her but it's fine for me. I like this dish although it's not a huge one but the cucumber salad is plentiful with fresh herbs and flavours. 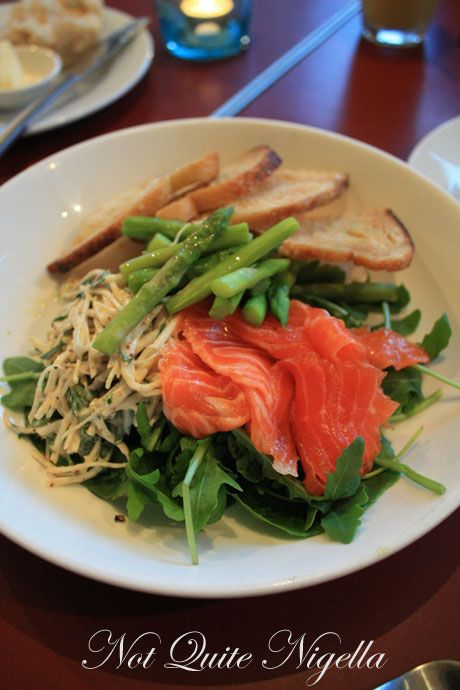 Miss America's cured ocean trout comes in sashimi like slices with celeriac remoulade and asparagus and crostini shards. He seems to enjoy it although leaves most of the crostini shards behind. 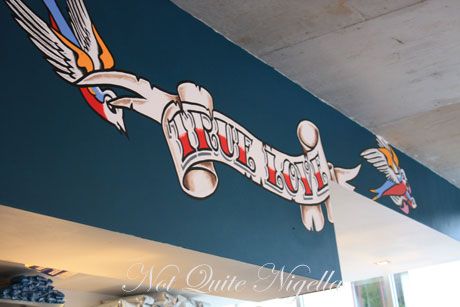 It's not typical diner food though it's well priced Australian cafe food. Couple this with its proximity to us and we can imagine coming back for more.

So tell me Dear Reader what's your favourite milkshake flavour? 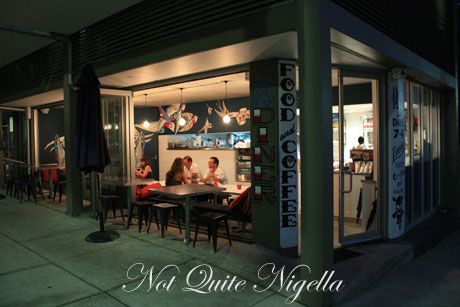 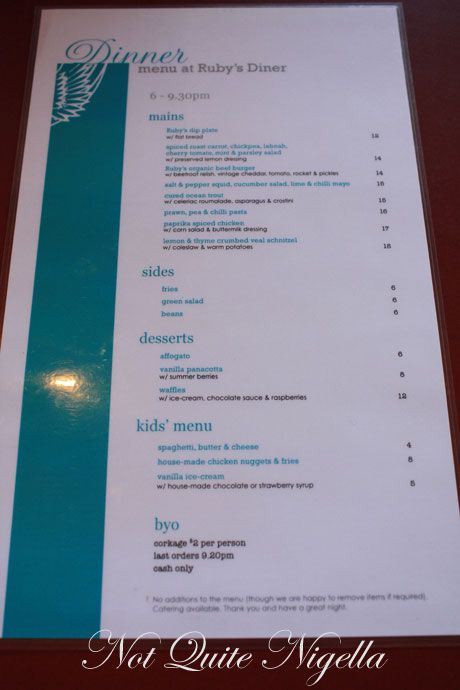