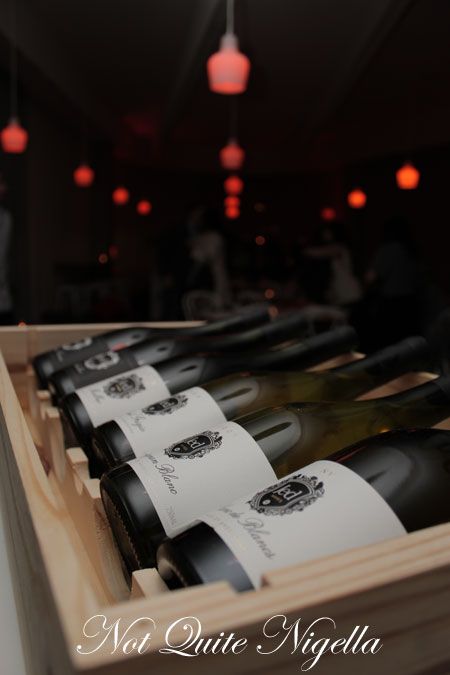 Please note that this restaurant is now closed

"When it comes to describing a wine, its hard to reach a consensus points between even two people, for example one person might smell white pepper while another person might smell cedar wood. Food and wine pairing on the other hand tends to be more black and white, it either works or it doesnt. Of course, allowing for a little grey area." So says one of Jed's winemakers Robert Bates-Smith and I couldn't agree more. 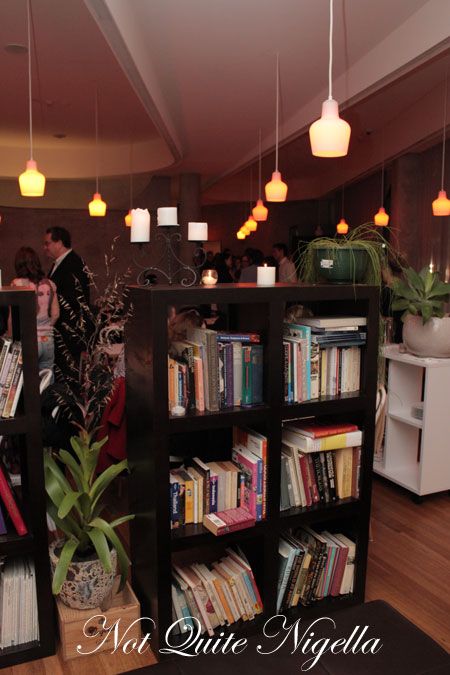 Dragging my battered, flu weary body, slipping on a dress and high heels Mr NQN and I arrived at Blanco, the very chic looking restaurant in Potts Point. Formerly the Amsterdam Cafe it has been made over into a sleeker entity. Tonight we'd be partaking in a Jed Wine degustation that not only matched their wines to the food but incorporated the wine in every dish. Blanco's chef is Scott Mason who was formerly of Bistro Moncur with Damien Pignolet and we are assured that there are certainly going to be traces of his time there on the menu. 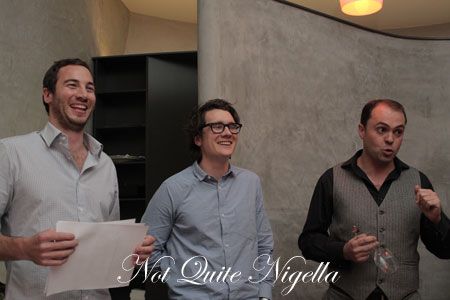 Two of Jed's three winemarkers are here tonight and we take our seat at the winemaker's table. There's Tom Egan and Robert Bates-Smith and they give us an introduction speech to the crowd of 50 guests where they explain that the Mendoza region in Argentina has actually been making wine since 1551. It is situated at the base of the Andes which affords the wine three characteristics. 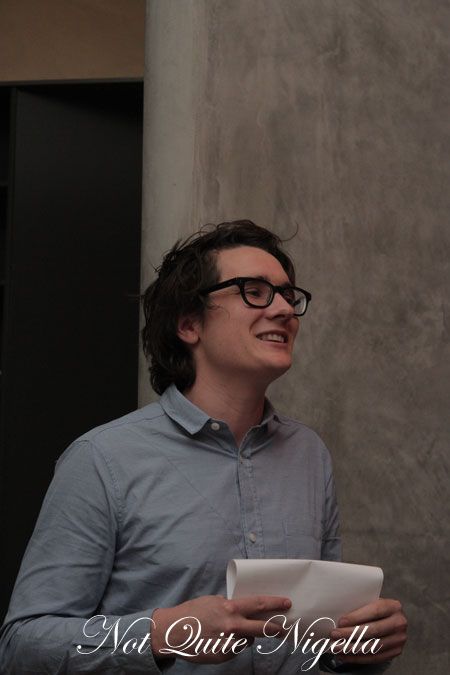 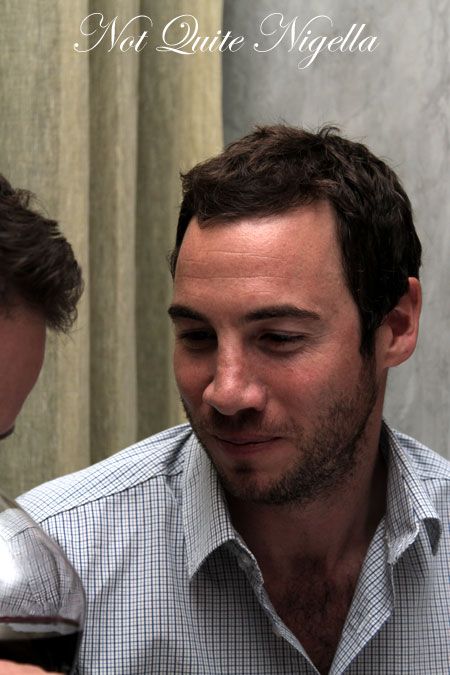 Three three guys met while studying. Tom is in the process of completed a PhD in Sensory Palates and now travels to the Mendoza region once a year for vintage. In 2006 they produced just two wines and now they produce six wines. They each go overseas for about a month each year and they try to stagger each visit to overlap each other so that they get as much time as possible overseas. 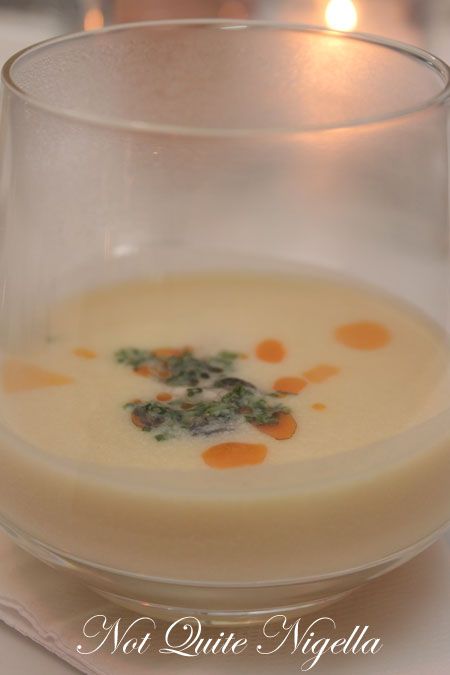 We start off with a leek and potato soup which is served warm, slightly grainy with a fat, juicy and briney Coffin Bay oysters. It's finished off with a chorizo oil which gives it a richness and ever so slight spice. They tell us that the Pinot Grigio that it is served with is acid driven with minerality and viscosity and has more body than a the usual rather watery grigio. 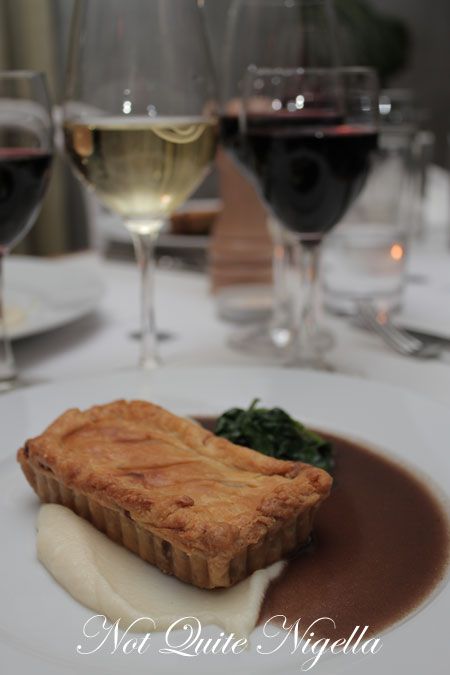 We were all very excited about the idea of this pie as we could smell the aromas wafting (and apparently the chefs don't like to use fans so that the flavour can waft throughout the restaurant!). The pie is made with a fantastic sour cream pastry and is filled with pheasant, duck and mushroom which has been braised for 4.5 hours so that it is incredibly soft.  It is served with a creamy celeriac puree, braised spinach and the braising juices from the  meat and finished with the Jed Malbec wine.

Tom tell us a bit about the history of Malbec which is the grape that Argentina has built its reputation on.  "Malbec has a fascinating history, back in the early 1300s the Malbec in Southern France was so hot right now and the English couldnt get enough of it. It is estimated that around 50 million litres of Malbec a year was export from Cahors to England. But during the 100 year war, the English put a ban on wine imports from France and the subsequent  oversupply crippled prices and lead to the eventual ruin of the region. It is interesting sidenote that it was the collapse of Cahors that created the space in the French market for the growth of the Bordeaux wine scene which originally include large proportions of the Malbec grape. About 150 years ago a European immigrant to Argentina, took the Malbec grape with them and the rest as they say is history. The grape thrived and over the last 30 years has built an international reputation for producing slightly savoury wine styles with velvety tannins structures. An incredible 40% of all wines in Argentina are based on the Malbec grape " he tells us. 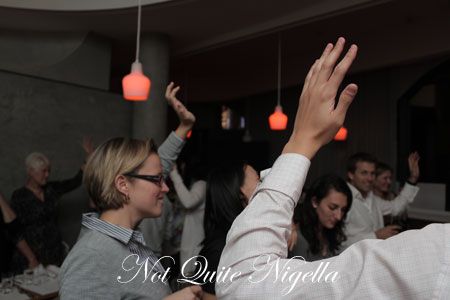 And because everyone loves games and prizes, there's a wine guessing game just before our main course is served. 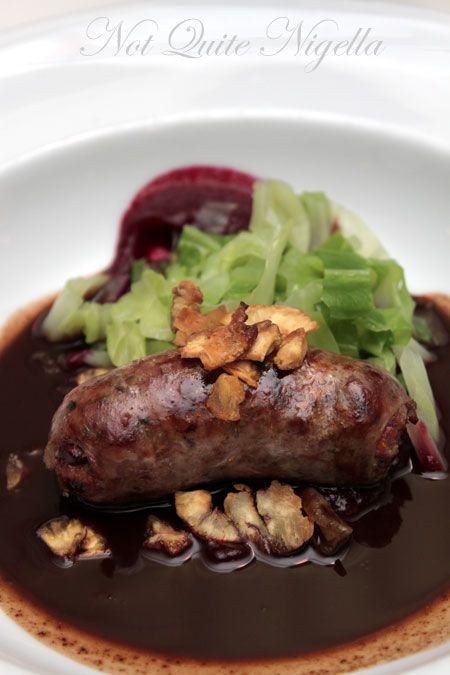 This dish features wild hares from Foster with sage, orange zest, fennel seeds and bay and has a distinctly gamey and slightly livery flavour to it. It is served with an earthy and smooth beetroot puree, crunchy chestnut slices and a bitter chocolate sauce which made made with hare stock made from the carcasses of the hare which is reduced down with combined with the Cabernet Franc and finished with 70% chocolate. 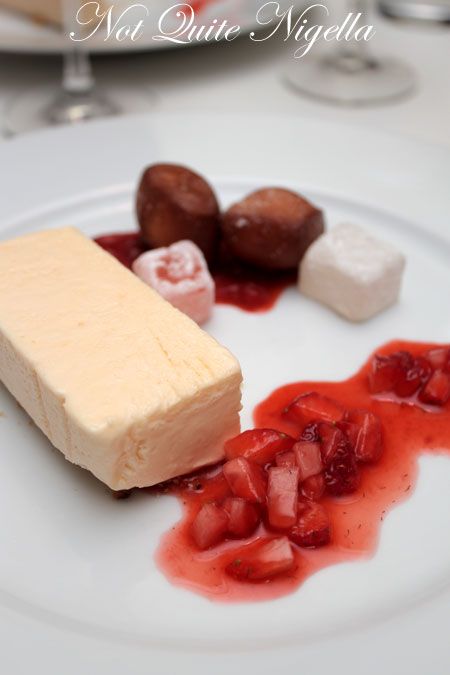 "This dish is for the ladies" chef Scott Mason comes out to tell us and explain that the pies and sausages in the previous dishes were a bit more masculine. "What? Donuts are for ladies?" says a diner and the room erupts into laughter. Ok so donuts are not an extremely ladylike item but the rest of the dish is. There is Turkish delight flavoured with a syrup made from reducing down the Jed Blanc de Blanc and they're delightfully light and gorgeous. There is one "straight" cube of it as well as a rosy hued cube that has strawberry added to it. The parfait is not a frozen parfait but it is more mousse like and is creamy with some blanc de blanc in it. The donut is golden and like two deep fried bread nuggets with cinnamon and sits on top of poached strawberry. There is also some diced strawberries on the plate. It's fantastic, particularly when the three elements are combined with the fruit. 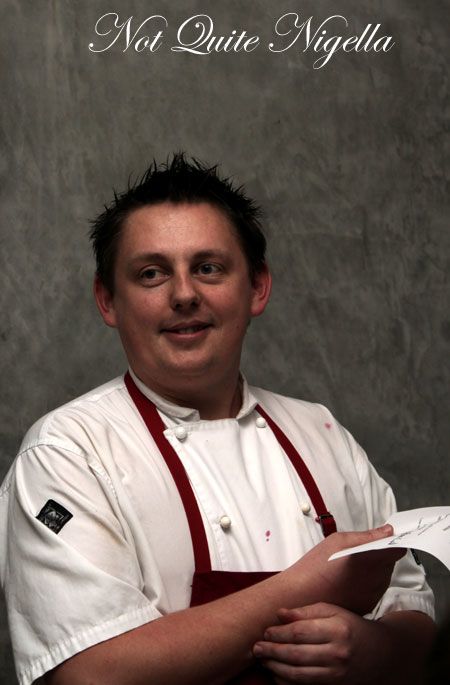 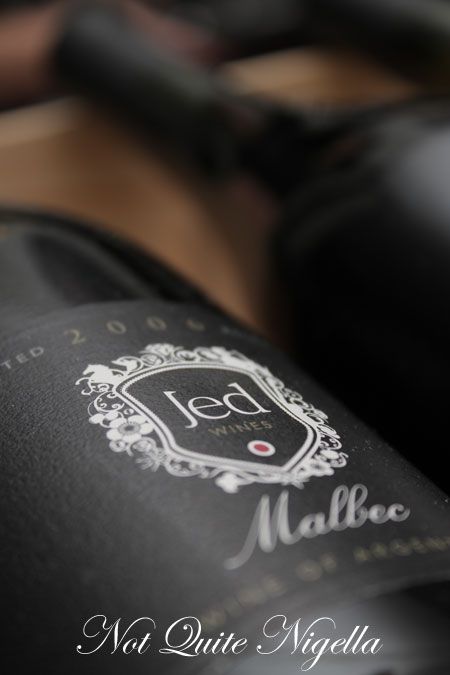 The Blanc de Blanc is a 65% chardonnay with a chenin remainder and is light and sparkly and whilst one usually starts a meal with a sparkling, they decided to end one to refresh everyone. It's a lovely end to a delicious meal and one in which the wines were seamlessly matched and beautifully integrated into the food. In fact I really enjoy the wine matches which is not often the case!

So tell me Dear Reader, how often do you drink wine with your meal? 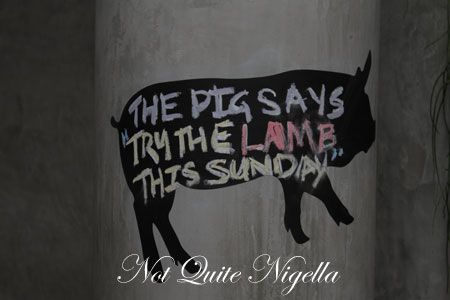 NQN and Mr NQN dined as guests of Jed wines

Please note that this restaurant is now closed 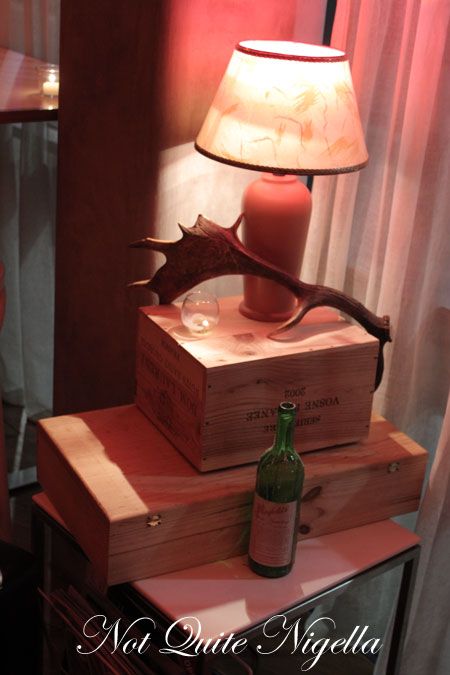