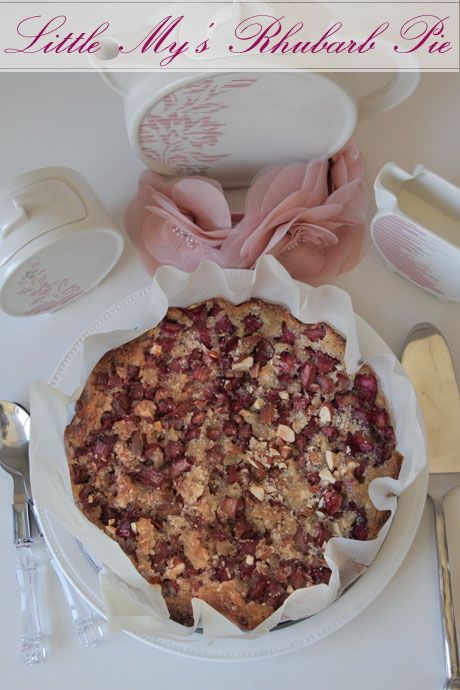 Despite my better instincts, I asked him to give me five words to describe me. He was thoughtful-he always thinks before speaking and he came up with this list.

Notice how the same word appears on the list twice, just for emphasis? I protested. I think most of the world is stubborn and it's us Taureans that get a bad rap. There's always the nod from a non Taurean to another "She' a Taurus you know" followed by an exchange of knowing looks. 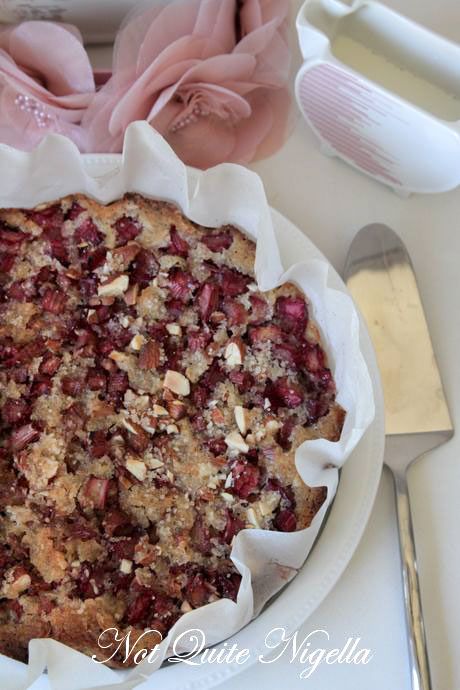 Then a few months later, I was flicking through my Moomins cookbook. I discussed making some recipes for Christmas dinner and we stumbled across "Little My's Rhubarb Pie". Pronounced "Little Moo" I didn't know much about her except that fellow Taurean and eerily similar to me Queen Viv loved the character of Little My and so I looked her up on Wikipedia. I read it out loud to Mr NQN "she is a small, determined and fiercely independent Mymble. When she wants something done, she does it straight away. She is very aggressive, mischievous to a fault and totally disrespectful.." and I trailed off.

Mr NQN snorted "Sounds like someone I know" with that annoying knowing look at me.

I could have killed him all over again except that it would probably have proved his case. 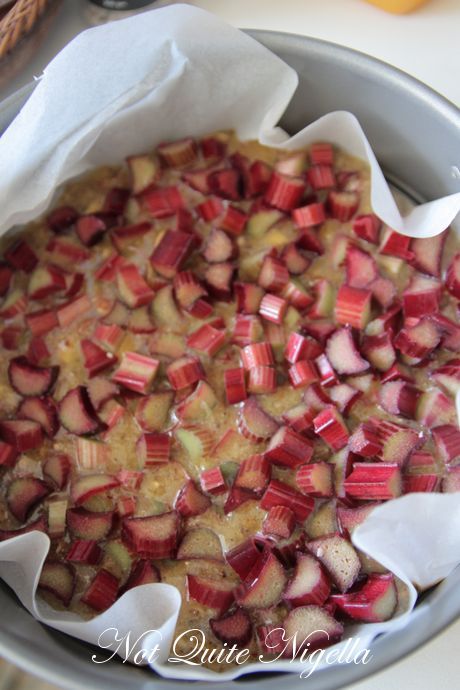 In any case, whilst I doth protest at having similar characteristics to little My I'd have to say that Little My makes awesome cakes and pies. Mr NQN's sister Amaya made this for Christmas and it was an absurdly easy, gorgeous cake with just the right amount of sweetness and crunch. I decided to make it a gluten free version just because there are so many gluten free NQN readers out there but of course you can use flour in place of the almond meal. The almond meal makes it slightly more moist and slightly less cohesive than flour but both are gorgeous with a wonderful tempered tartness from the rhubarb and a sweet crunch with the nuts and sugar on top. In the book it was originally called a pie but I see this more as a cross between a cake (albeit a shortcake) and a pie.

So tell me Dear Reader, what five words would you use to describe you? 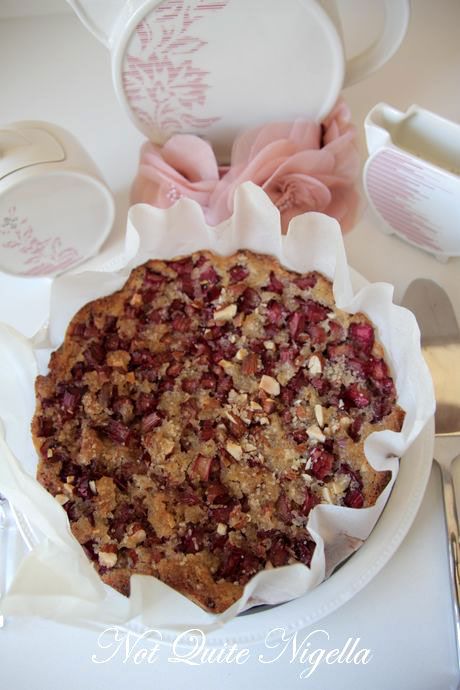 Adapted from the Moomins Cookbook 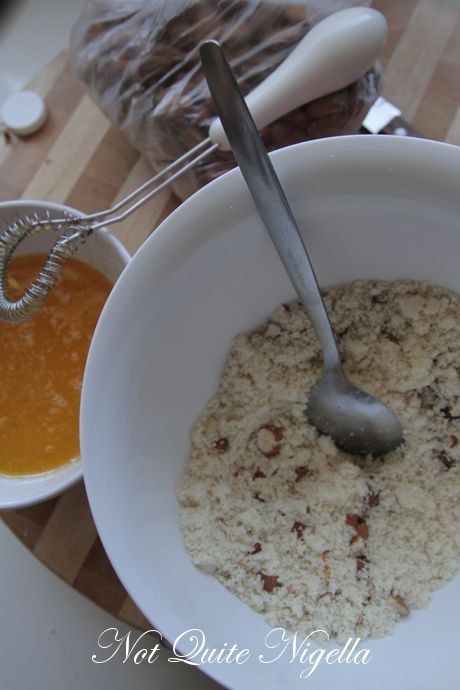 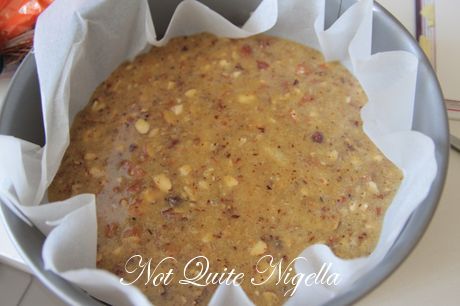 Step 1 - Preheat the oven to 200C/400F. Line a springform tin with a circle of paper that goes up the side of the tin (or grease a pie dish with some butter). In a bowl or a jug, whisk the melted butter, sugar, vanilla and egg until combined. In another bowl, mix the almond meal or flour, chopped almonds and baking powder until mixed through and then add the buttery mixture to the dry mixture. Place mixture in the prepared tin or pie dish. 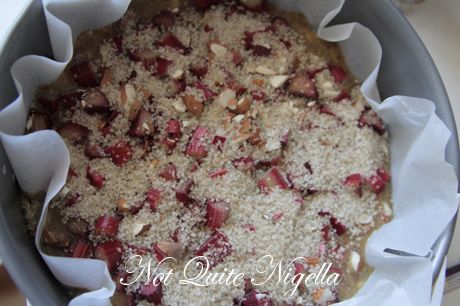 Step 2 - Sprinkle the mixture with the extra chopped almonds, the raw sugar and rhubarb pieces. Bake for 30 minutes and serve with vanilla ice cream. 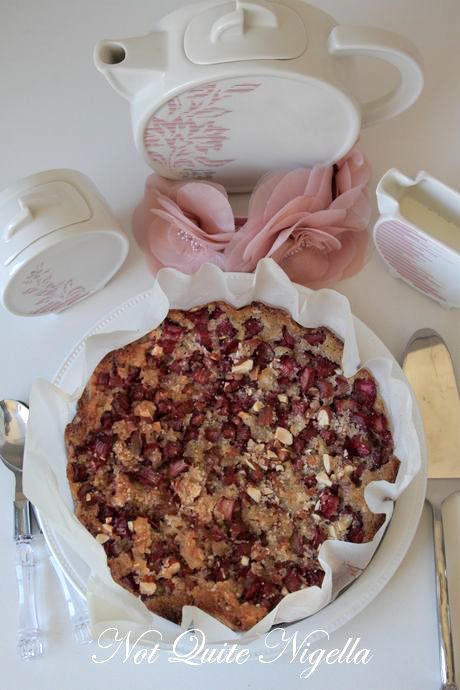