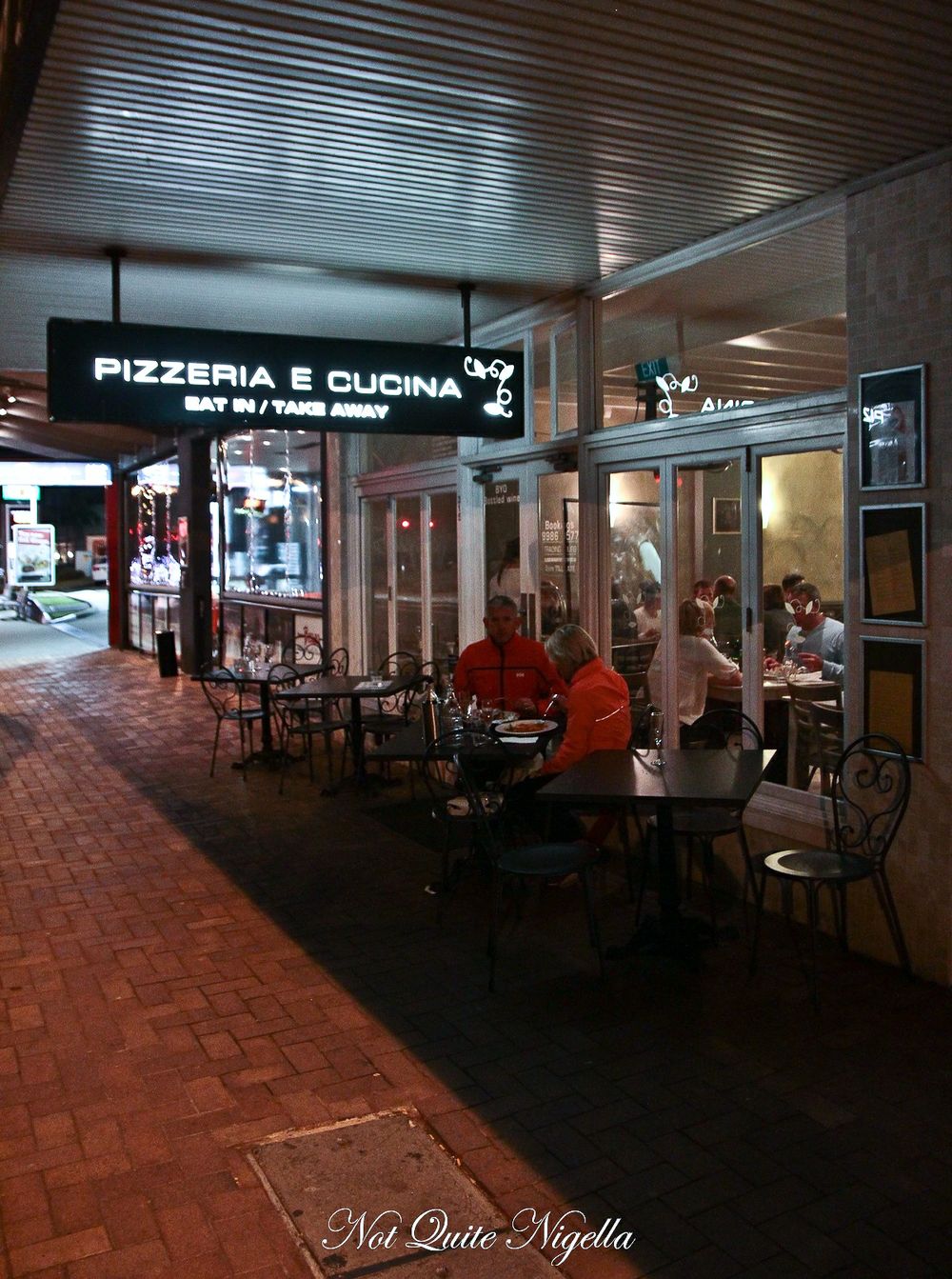 It was a peaceful early evening's drive from Freshwater to Newport. The sun had set and there's almost an instant sense of calm from driving  along the coastline and having the beach on the right. There was Mr NQN's brother Manu in the back seat and next to him was Tuulikki his mother. We parked and got out of the car and walked towards Pizzeria e Cucina, where we had a booking.

One needs to be prepared for anything really, but the crises are usually vegetarian food related.

"I forgot, I am supposed to babysit (her granddaughter) Aura later tonight!" she said pressing all sorts of buttons on her phone. "Will we be finished in time?" she said alarmed. 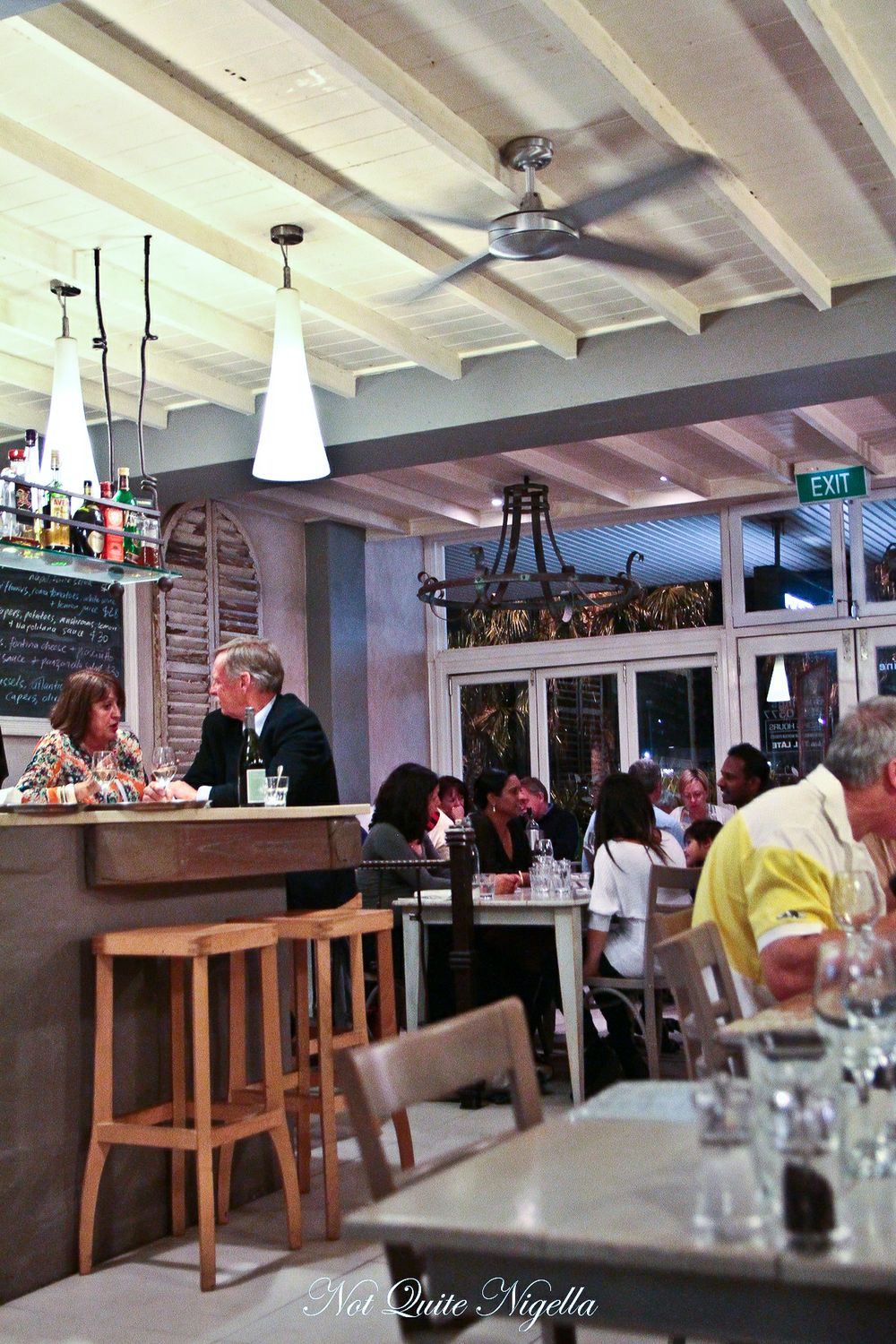 So the leisurely dinner was changed for one where we had to be mindful of the time and get Tuulikki home in time for her babysitting duties. We looked at the two menus - there is a pizza and dessert menu along with a two page mains and pasta menu and we decide quickly going from recommendations from our waitress who is knowledgeable and friendly. Inside, the room is painted in white and soothing tones and there is a beach-house vibe. There is an open kitchen dispensing pasta and pizzas and other patrons are mixed of different ages. 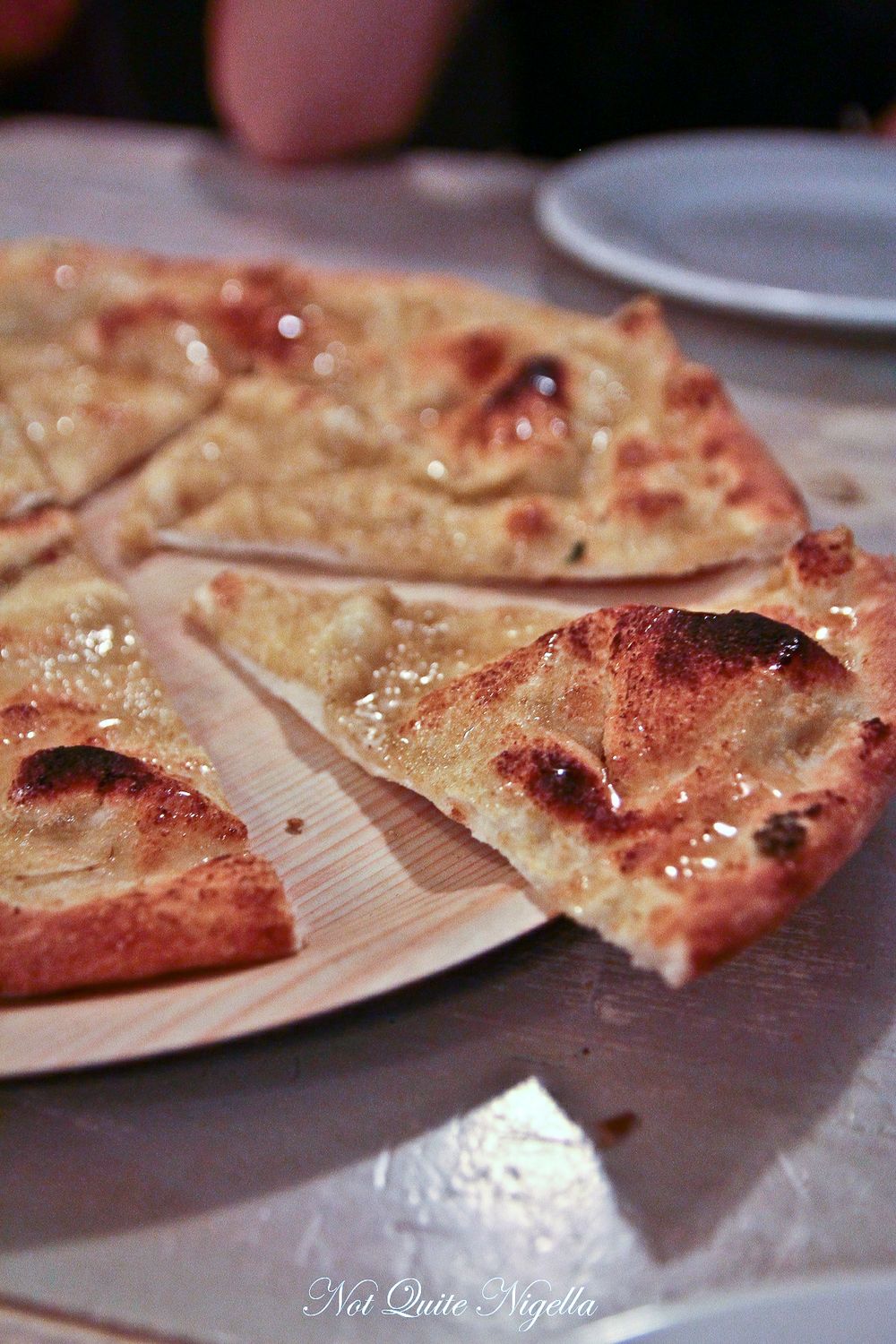 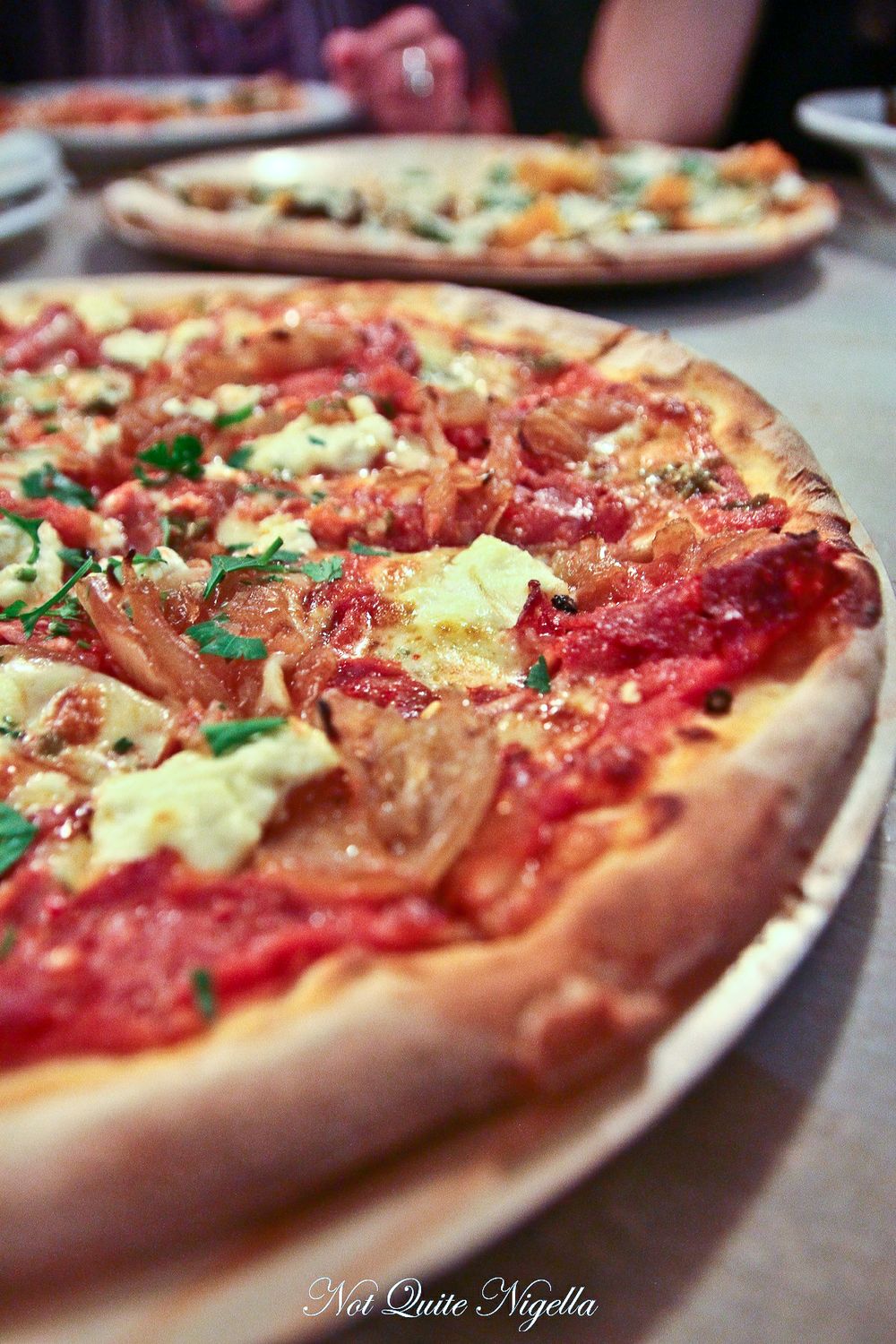 Our main pizza came out and we were warned that this was a spicy pizza when we ordered it. It has tomato ricotta, sopressa hot salami, caramelised onions, fresh green chilli, red chilli sauce and it was fiery indeed. Usually we find that when they tell us that something is spicy, it isn't really spicy at all (unless you're at a Thai restaurant) but this was very, very hot. So much so that I was quickly gulping water and taking some deep breaths. It was a tad too spicy and Mr NQN commented that it was a shame that this was the only spicy pizza on the menu. 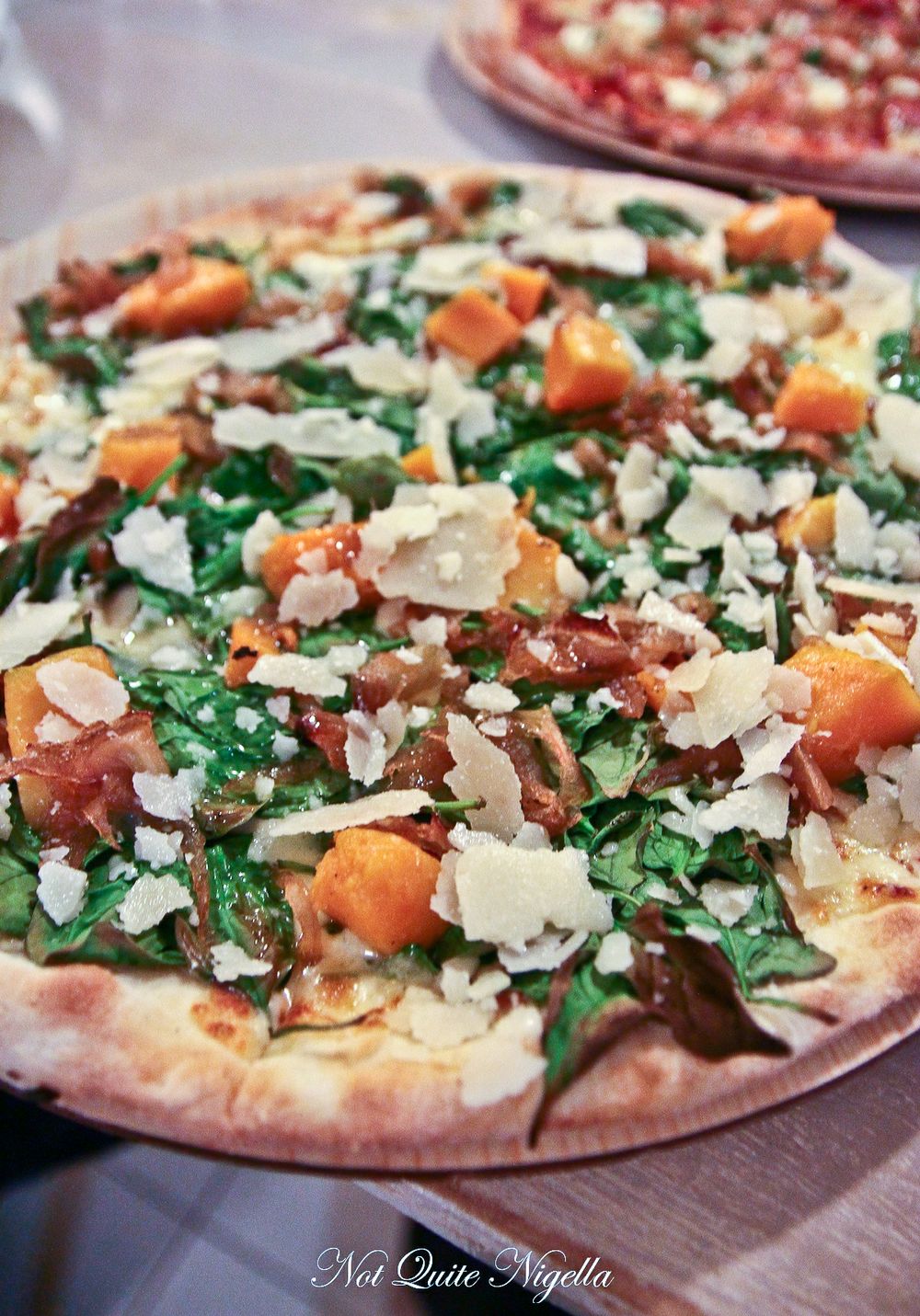 "Which one is our pizza?" Tuulikki asks the waitress twice looking at both in confusion and light panic. I would have thought that the pumpkin pizza was obvious but you never know ;) This was Manu and Tuulikki's vegetarian pizza choice with ricotta, mozzarella roast pumpkin, caramelised onion, baby spinach, pine nuts and grana padano. It was a little on the sweet side, especially with the two sweet elements of roast pumpkin and caramelised onion but they both enjoyed it and it was a nice respite from the spicy Vesuvius. 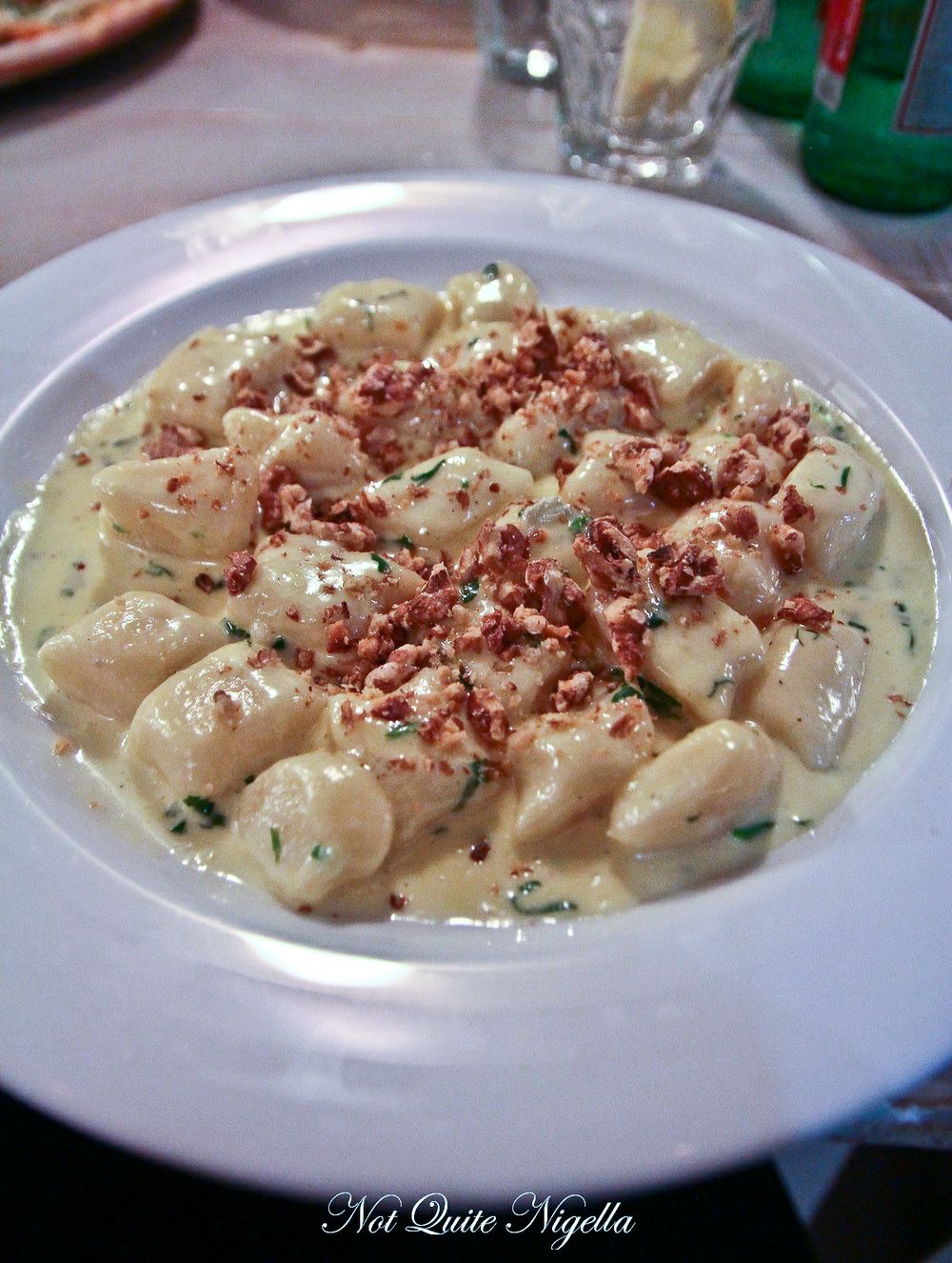 The house made potato gnocchi dumplings came with a divine blue cheese and fontina sauce topped with a generous sprinkling of roast walnuts. The gnocchi themselves were fantastic-so light and with the potato flavour coming through and the sauce was rich with a good balance of gorgonzola, fontina and cream. 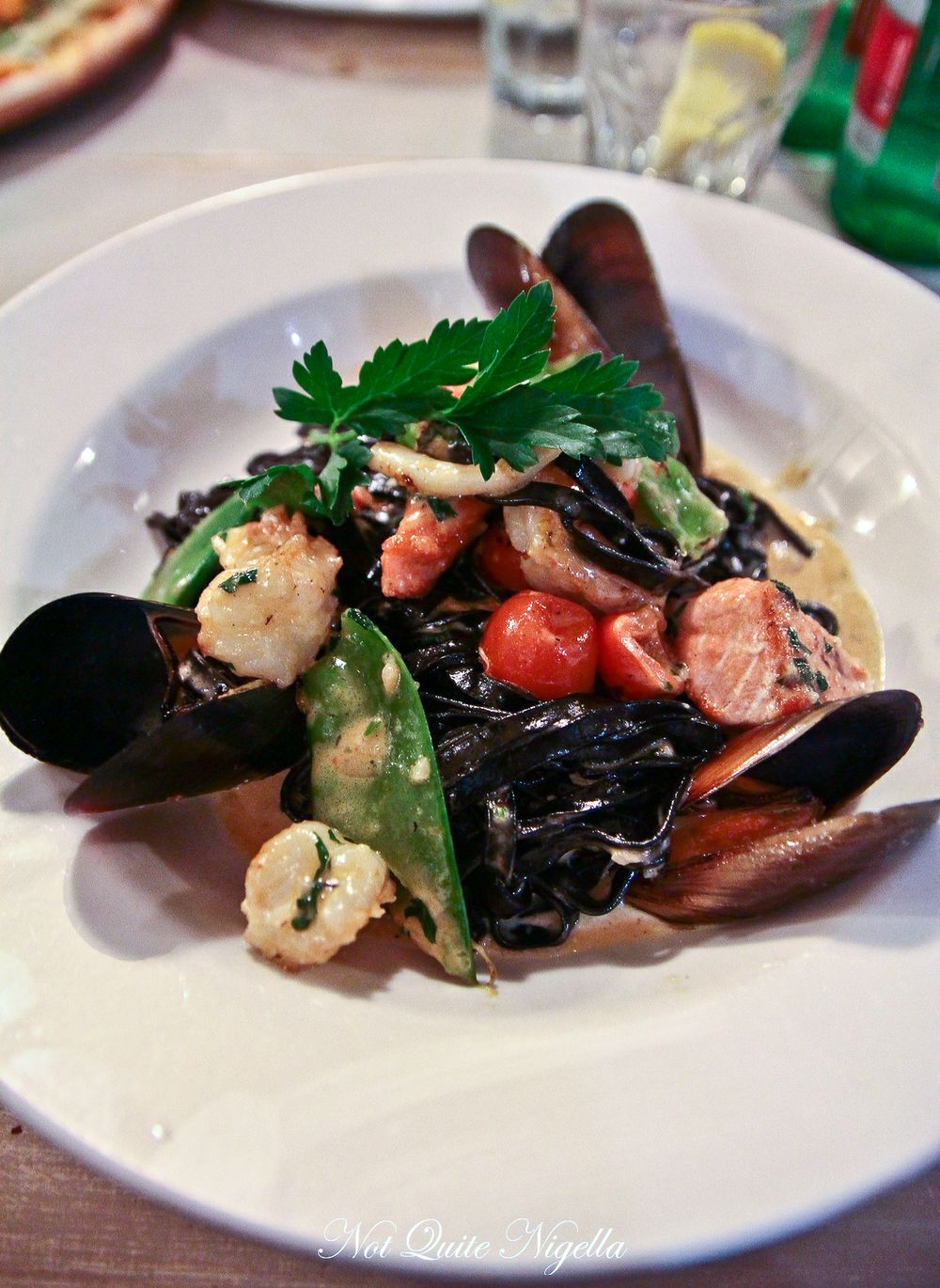 We both also liked the nero or the black squid ink linguine with salmon, mussels, calamari, prawns, snowpeas, cherry tomatoes and a creamy, garlicky sauce. The seafood was cooked perfectly as was the pasta and I eagerly slurped up the shiny black linguine. 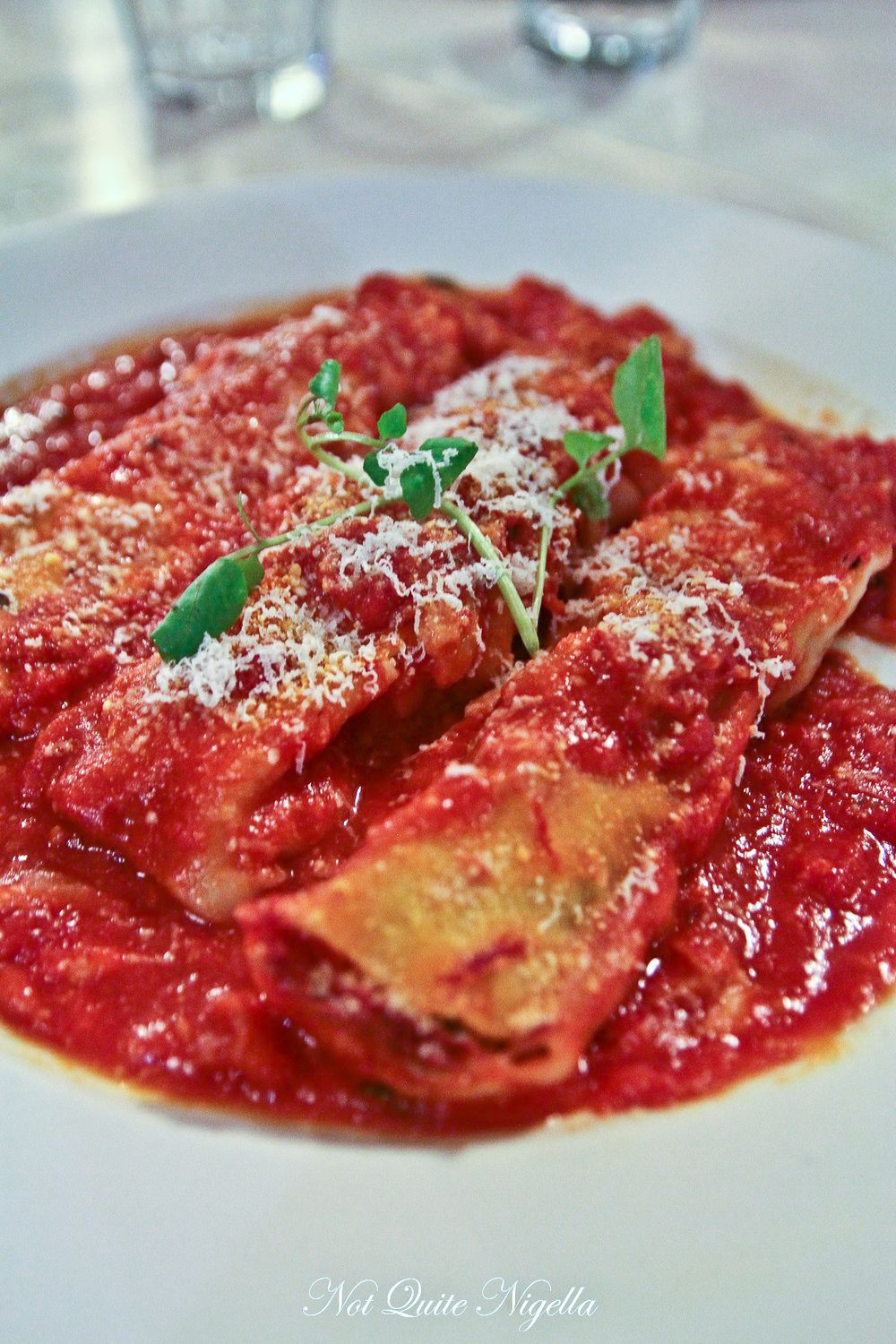 The cannelloni was Tuulikki and Manu's choice and was spinach and ricotta filled pasta tubes on a bed of Napolitana sauce with parmesan cheese added at the end. The main size had three tubes and the pasta was fresh and full of flavour. 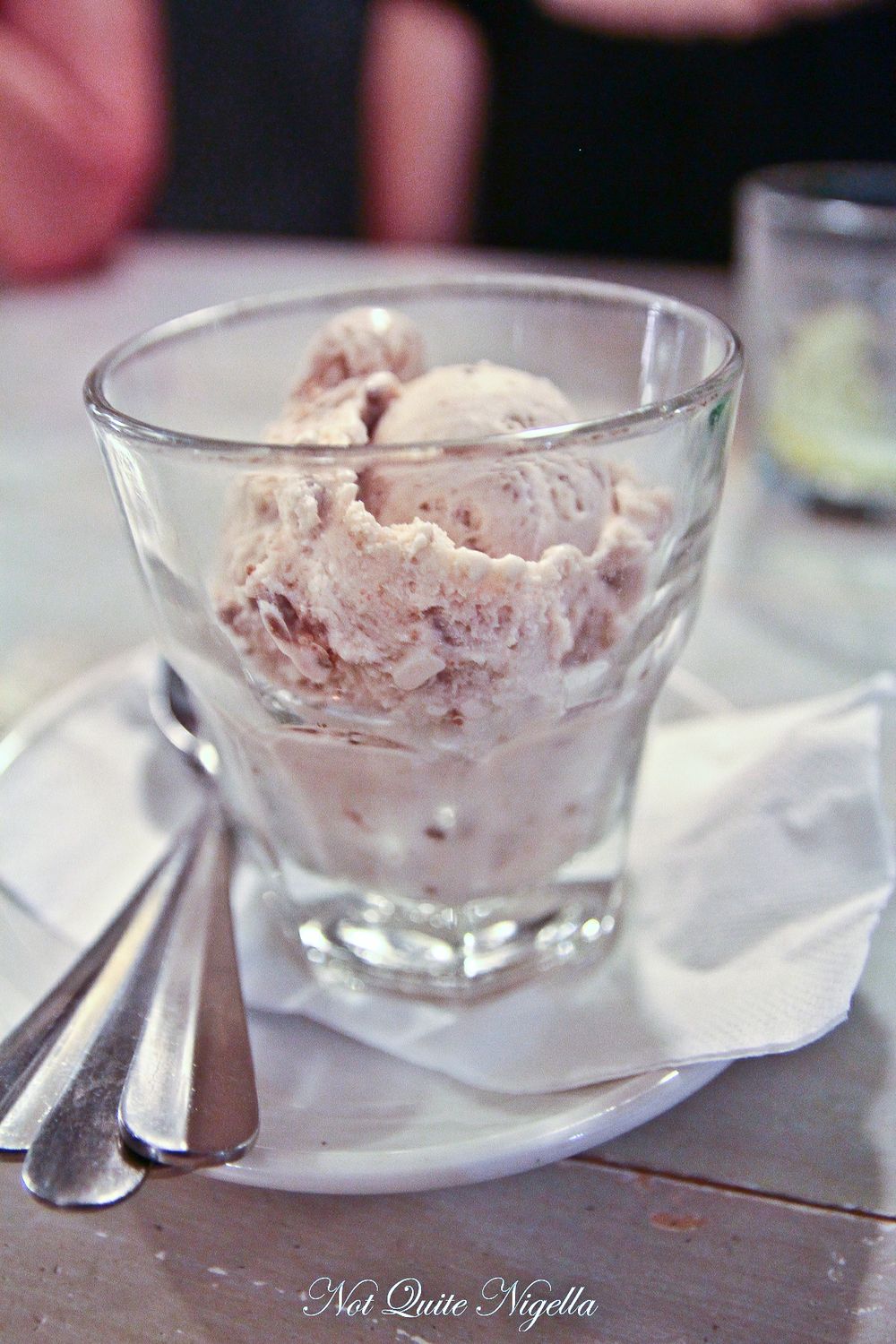 The gelatos aren't made in house but we were all so full from the pizza and pasta that we had to bypass the house made desserts. Also we had to get Tuulikki back home so we ordered a Tim Tam gelato. It was sweet with little shards of chocolate and the occasional bit of biscuit throughout it although I wouldn't have picked it as a Tim Tam flavoured gelato. And off we rush!

Open 7 evenings a week from 5pm. (except public holidays and during Winter, closed Mondays) 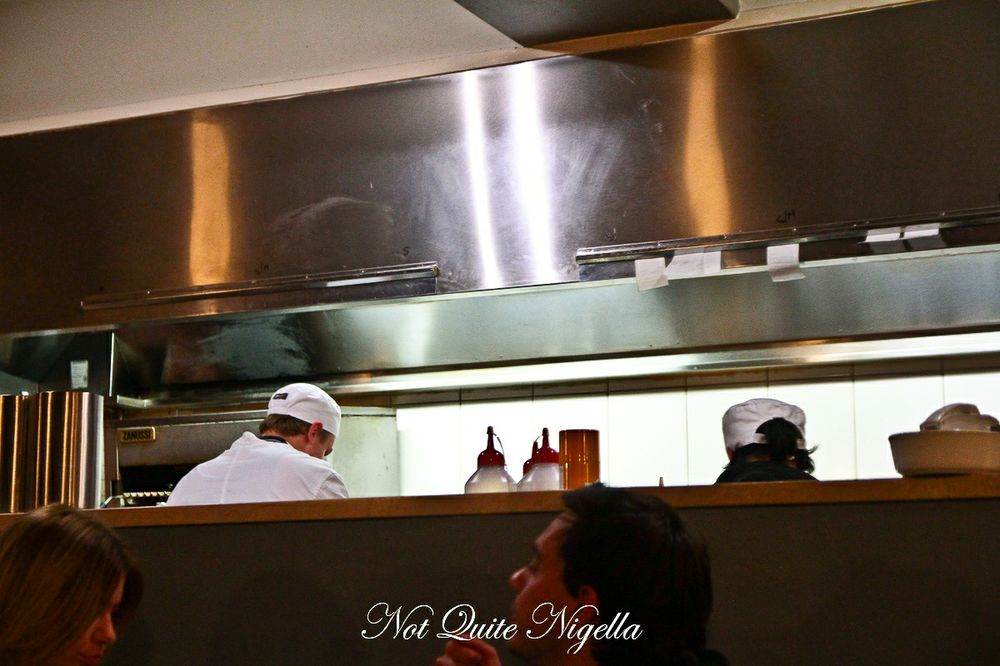