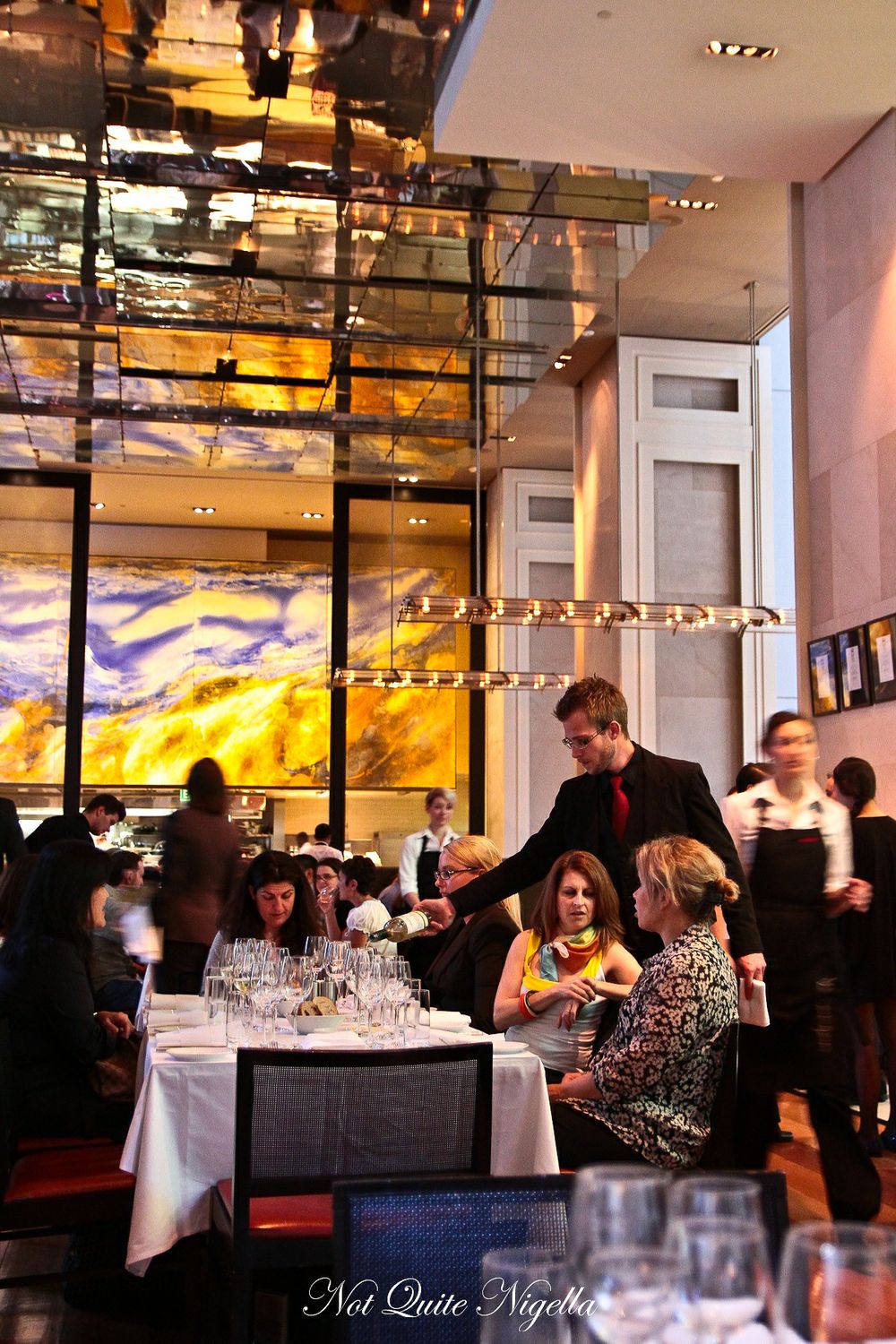 The world of a chef nowadays is a vastly new one. Chefs are now celebrities in their own right, no longer able to speak with just their food from behind the pass. Now they have to get up and speak in front of a room of diners and introduce their food. This evening, Peruvian chef and Food & Wine magazine Best New Chef 2011 Ricardo Zarate is doing just that in front of a crowd of 173 diners at Glass restaurant at The Hilton as part of the Crave Food Festival. 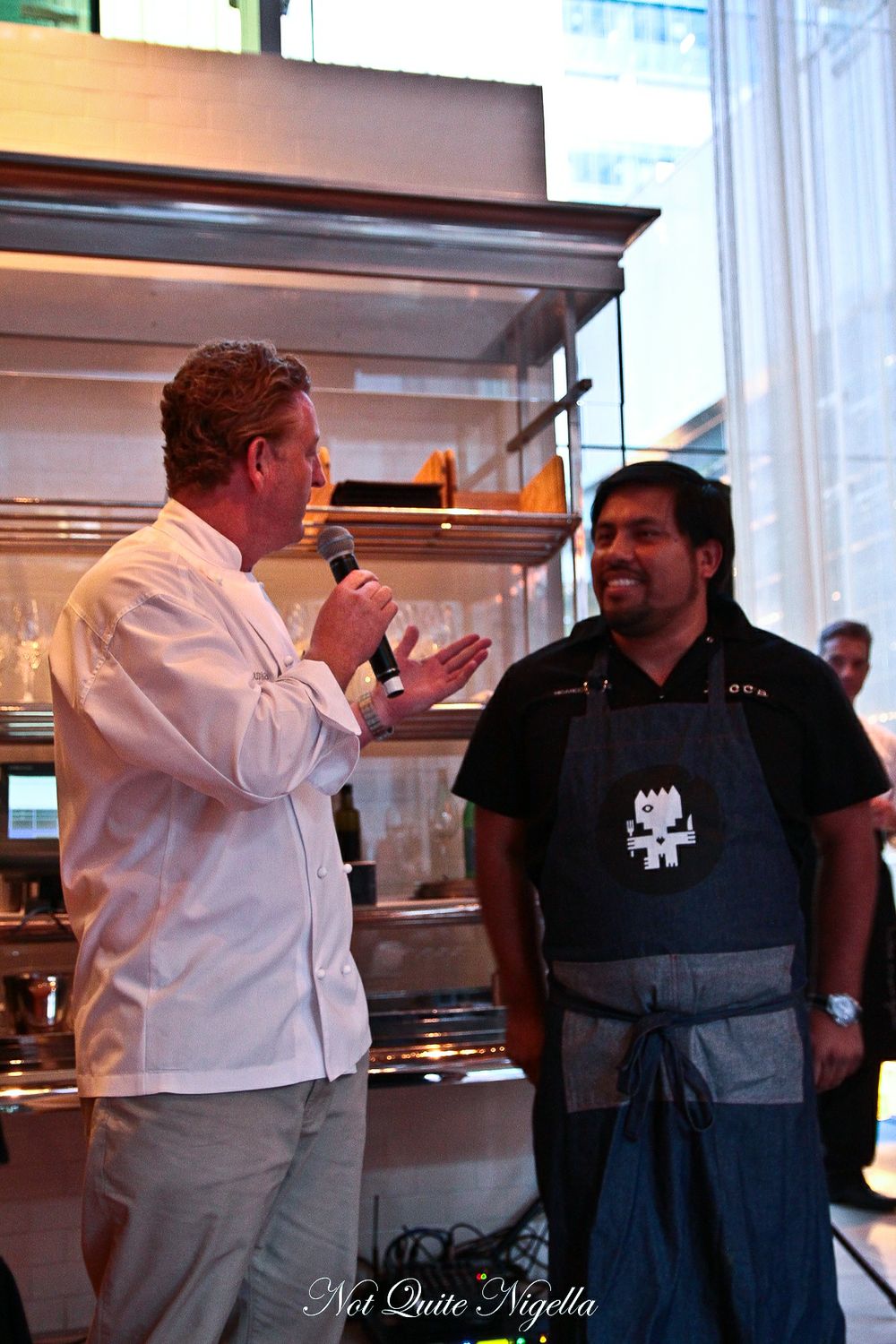 Arriving just three days before, Ricardo looks well rested and laid back. The dinner is a 5 course with matching wines and as a surprise Ricardo has added an extra course for diners. He is co owner of Mo-Chica and Picca, both in Los Angeles and one of thirteen children growing up in Lima, Peru. A 12 year stint in London saw him being offered a position in Los Angeles. His style uses Japanese and French techniques with Peruvian cuisine.

The waitstaff collect baskets of bread from the bread station which dispenses freshly baked bread and infuses the whole restaurant with that delicious aroma of bread. There is a plain bread and also one fragrant with cumin and studded with sultanas. 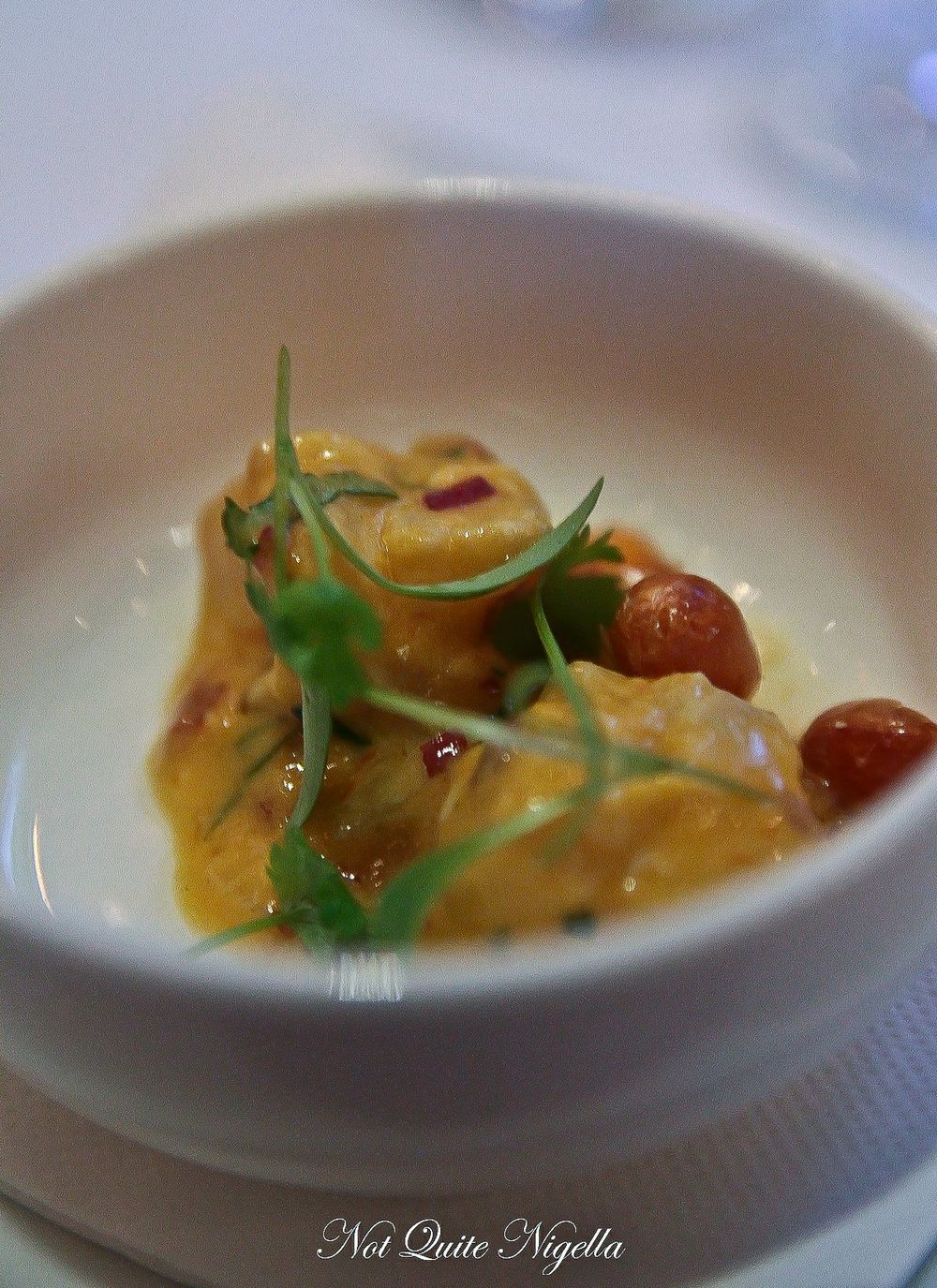 There's a bit of excitement as the additional course from chef Ricardo comes out. It is dish served at his restaurant Picca Peruvian Cantina and it is a white fish ceviche in cubes served with crunchy corn. Peruvian food has no shortage of corn and these provide the soft fish with a crunch. 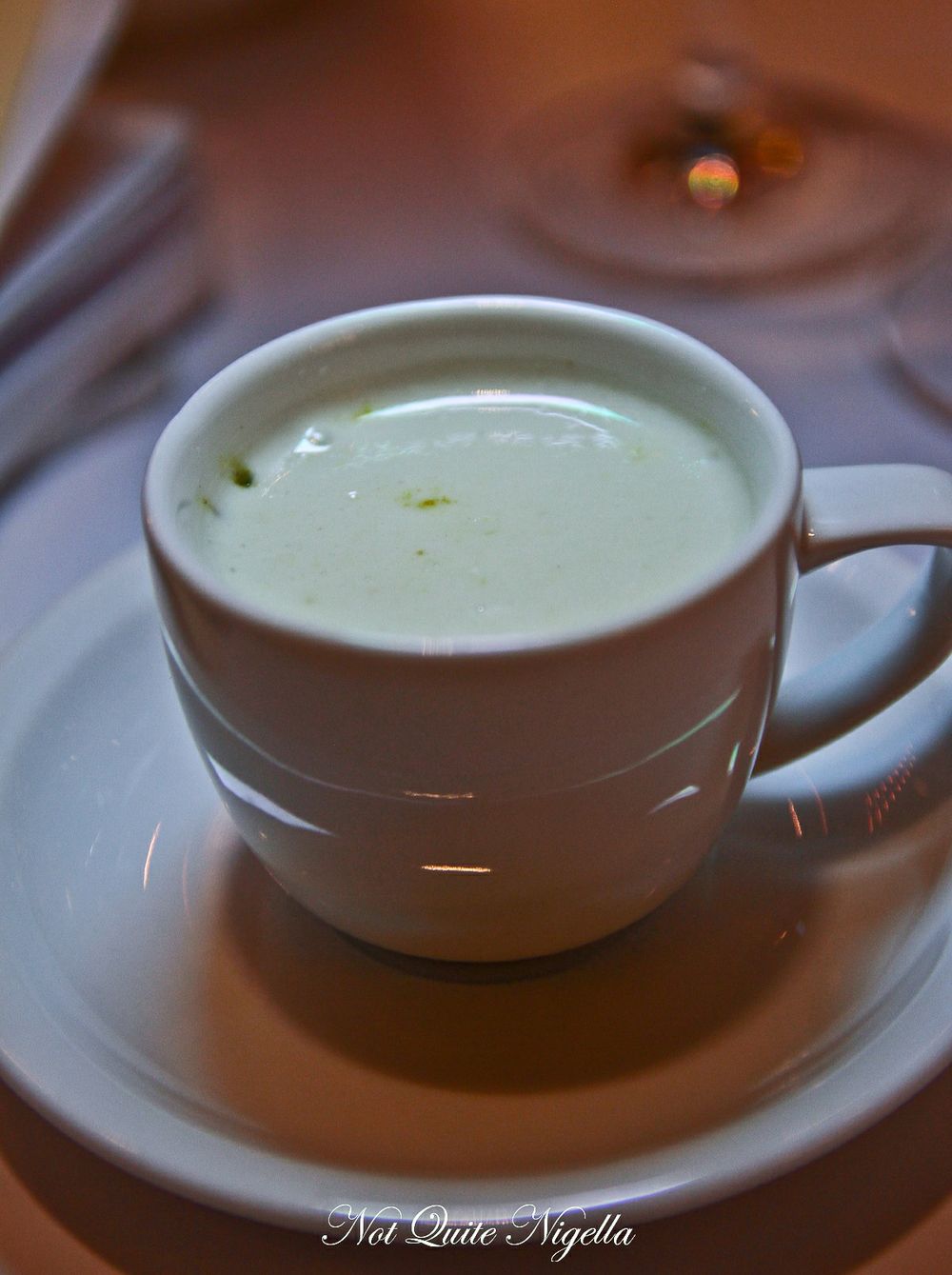 Our first few morsels come out quickly and the coconut broth is beautifully smooth and creamy and heady with lemongrass and I simply don't want the cup to end. This is apparently a Glass dish rather than one of Ricardo's. 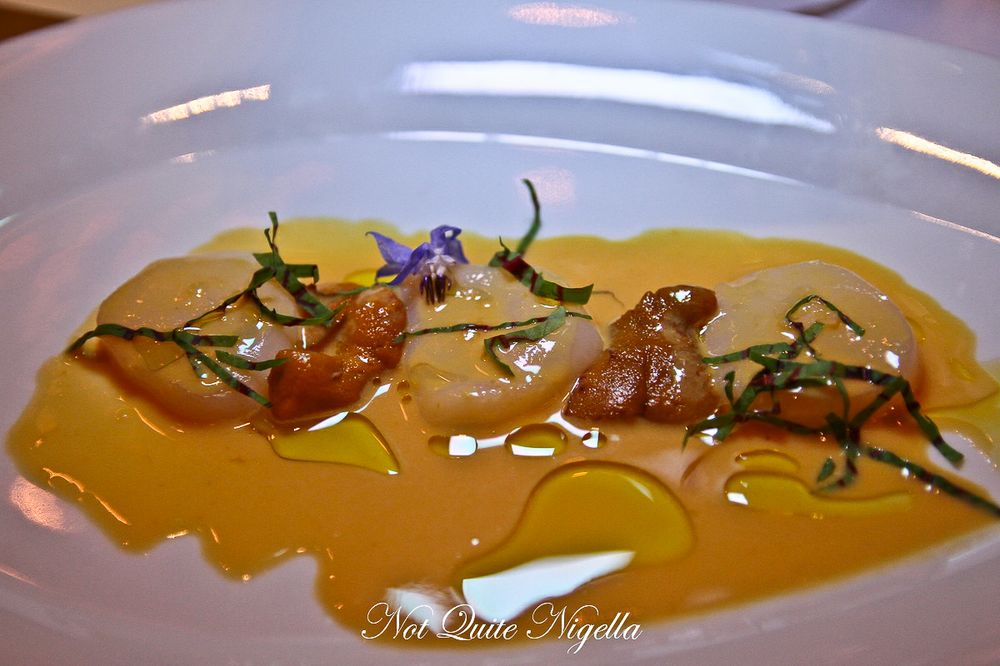 This dish divided some, some didn't love the strong acidity of the tiradito which is like a ceviche albeit with a spicy aji amarillo sauce with the peppery citrus. However, the scallops were soft and silky and sea urchin gave the tangy sauce a contrasting richness. 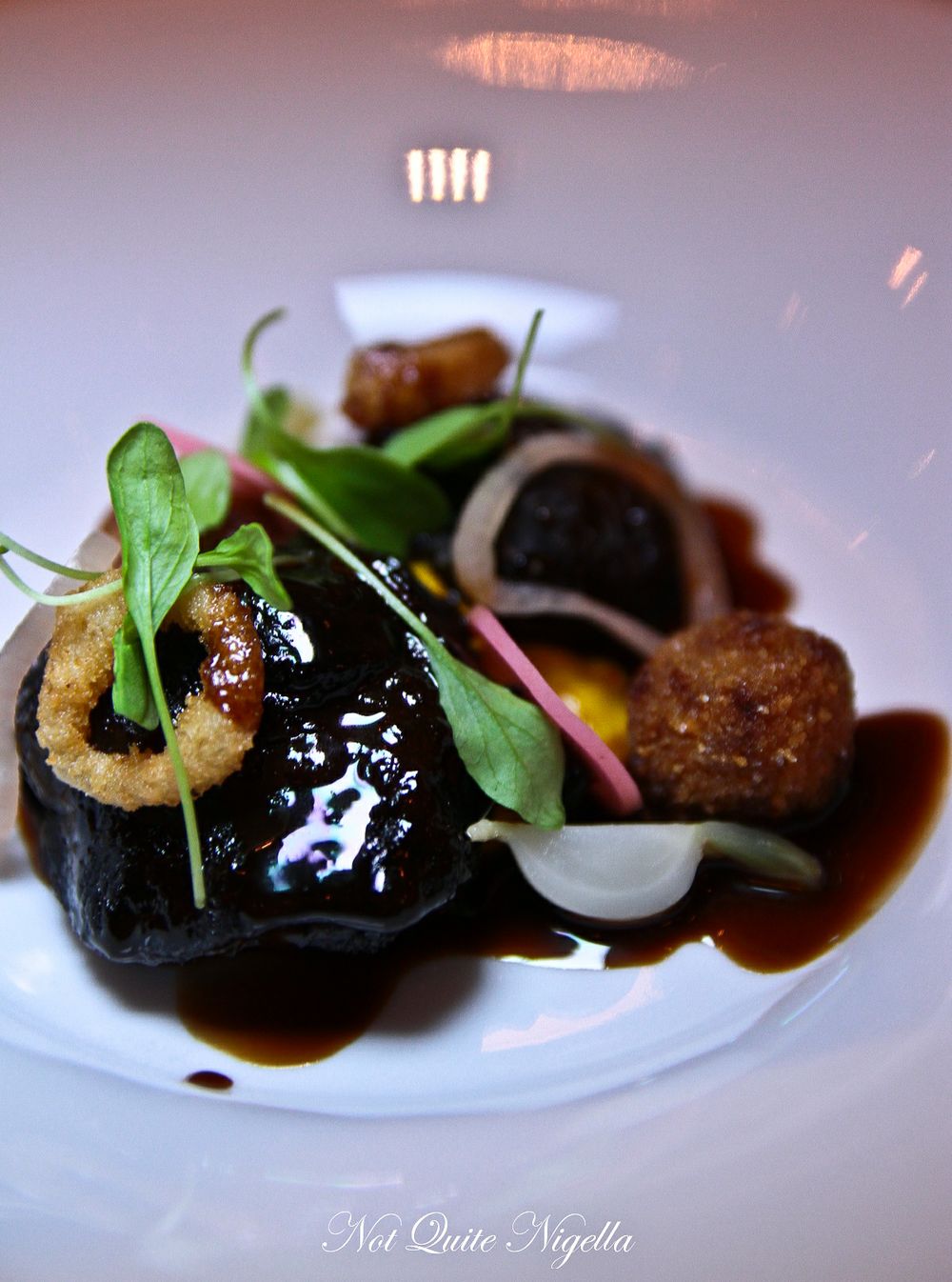 Dark and glossy the venison cheeks were tender but not fall apart soft as beef cheeks are-the lack of fat in venison contributes to this.  It's served with pickled baby turnips, crumbed crispy rings and small pork cromesquis which are small little crumbed balls filled with soft pork meat. There's sweetness from a bed of carrot and cumin puree. 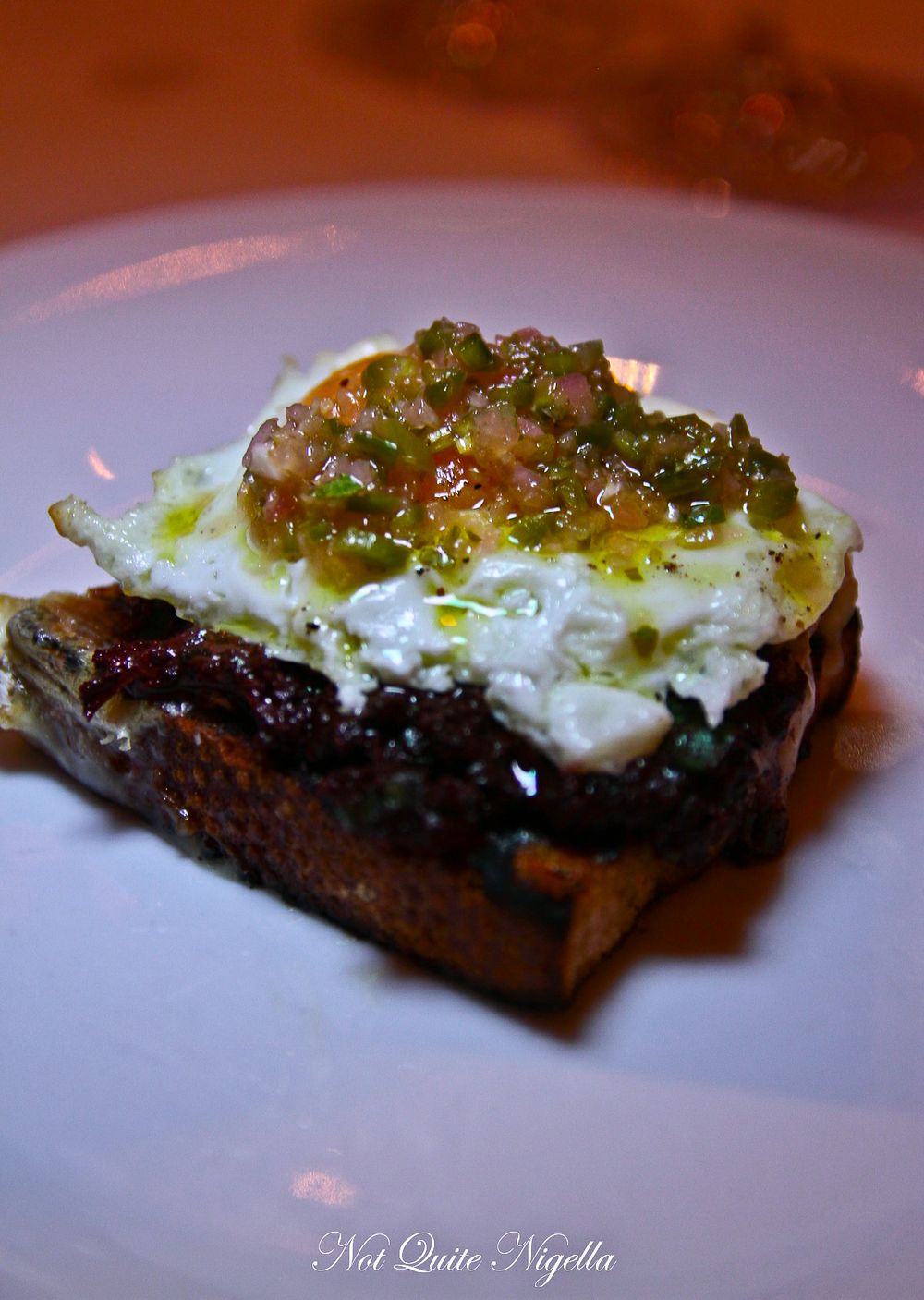 I'm not complaining at all but there were two more meat courses to go and by now, I was getting quite full. But for the other diners I'm sure they were probably quite pleased at the value of this dinner. And one criticism of many Crave events is the lack of the menus. I think that would help entice people to book the events if they could see what sort of food would be served.

The Sangrecita is a slice of toasted bread topped with morcilla or black pudding. After this, a soft yolked fried egg sat on top along with a tangy onion chimmichurri which I wish there was a bit more of as this was very rich and it helped to lighten it. Many at the table murmur that this should go on the breakfast menu and as Ricardo says "fried egg on top of anything is good." 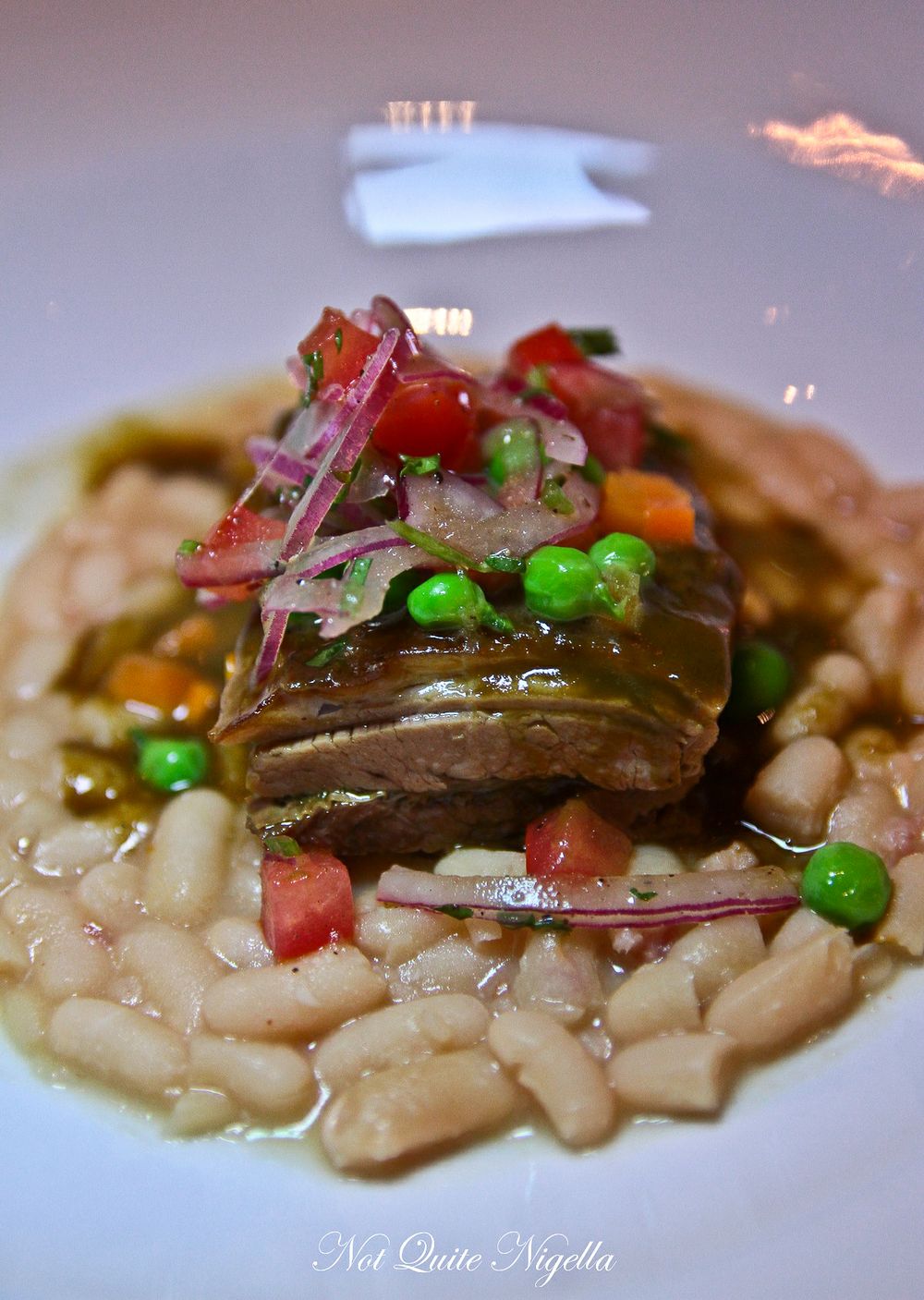 I was getting very full but of course it would be silly to not try this dish. It was a tender, fall apart soft lamb stew with a square of the softest lamb with a coriander black beer sauce served surrounded by canario beans and peas, onion and diced tomato. 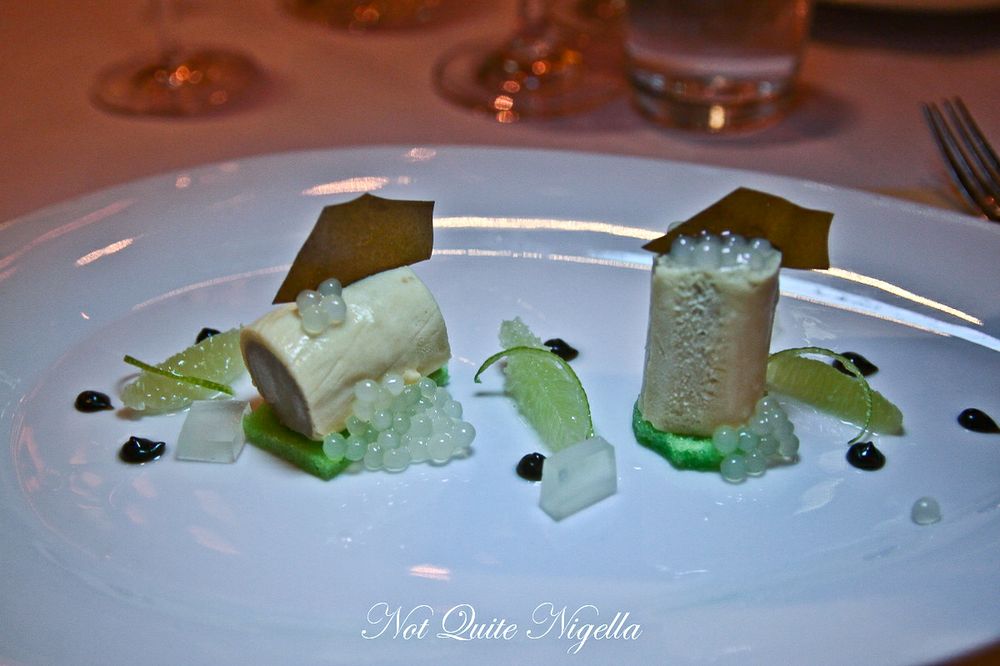 Thank goodness for the presence of a dessert stomach!  This is the signature dessert that was served to Princess Mary and Prince Frederick at one of their pre wedding dinners.  It has changed since I last had it and even though some at the table don't like liquorice (I'm not an enormous fan myself), this is nicely balanced with the lime syrup which takes away that strong liquorice flavour. There is a lime juice soaked thin green sponge at the bottom and two cylinders of creamy liquorice parfait, sago balls, jelly squares and thick, rich liquorice drops.

Luke and Ricardo come out to take a final bow and although it's past 10pm on a Monday night, there's no rush for anyone to leave.

Do tell me Dear Reader, do you ever recognise chefs when you're out and about? 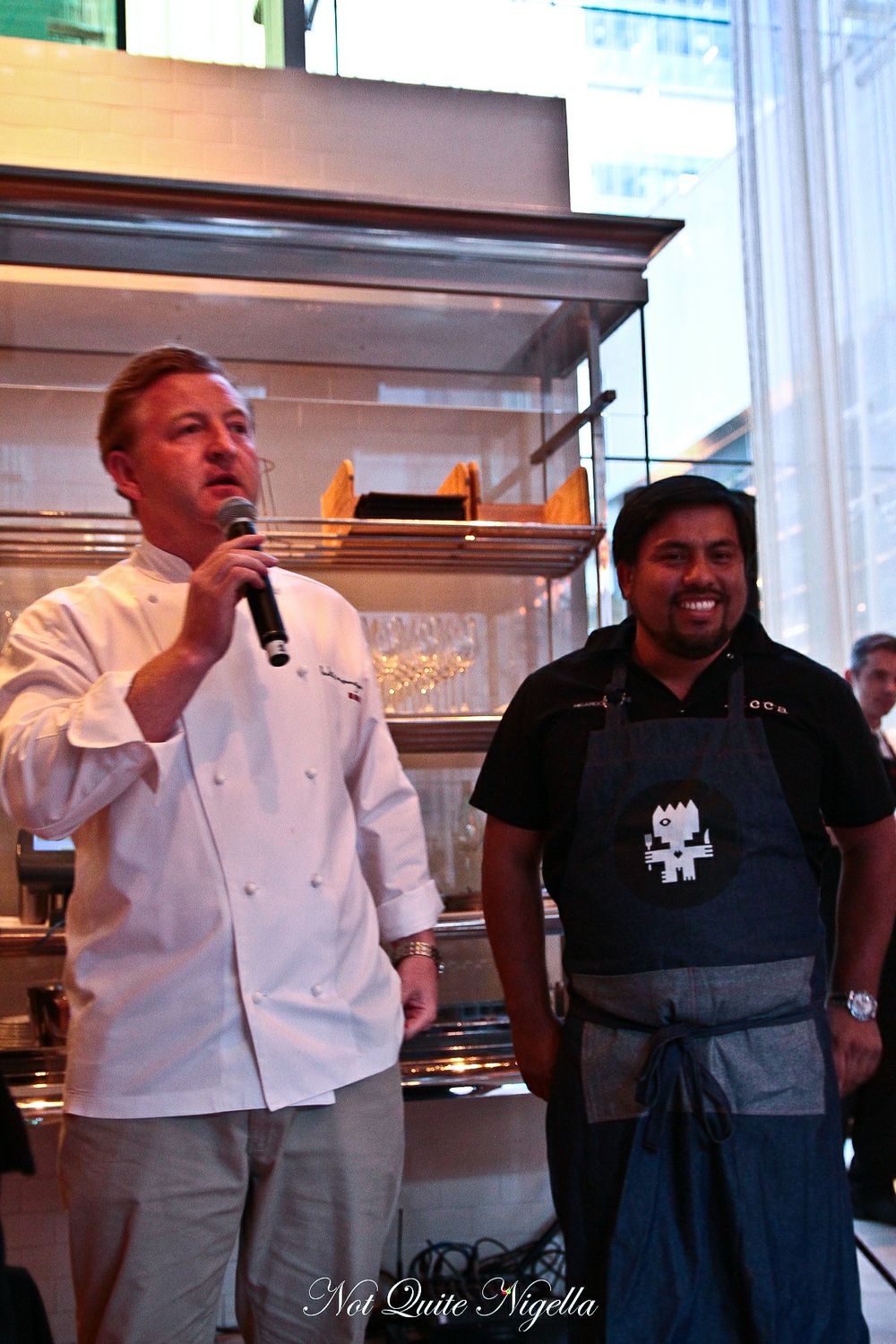 NQN dined as a guest of The Hilton

Glass Brasserie at The Hilton