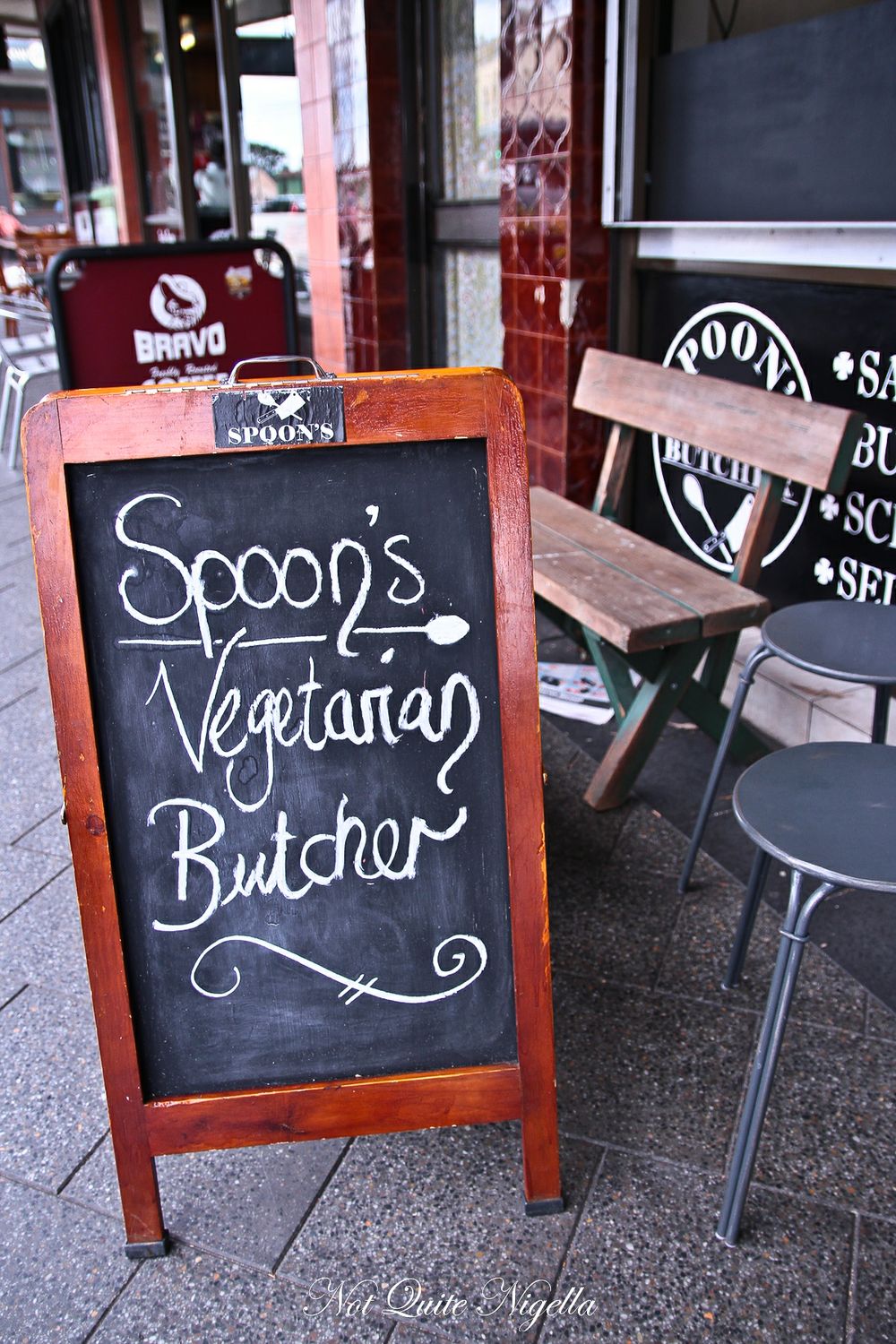 "We've got to check out the Vegetarian Butchers down the road" Reem said to me while we were having lunch.

"The ...what?" I answered. It's not every day that there is a vegetarian butcher's. But then when the neighbourhood is vegan friendly Enmore, then your local butcher might very well be a vegan... 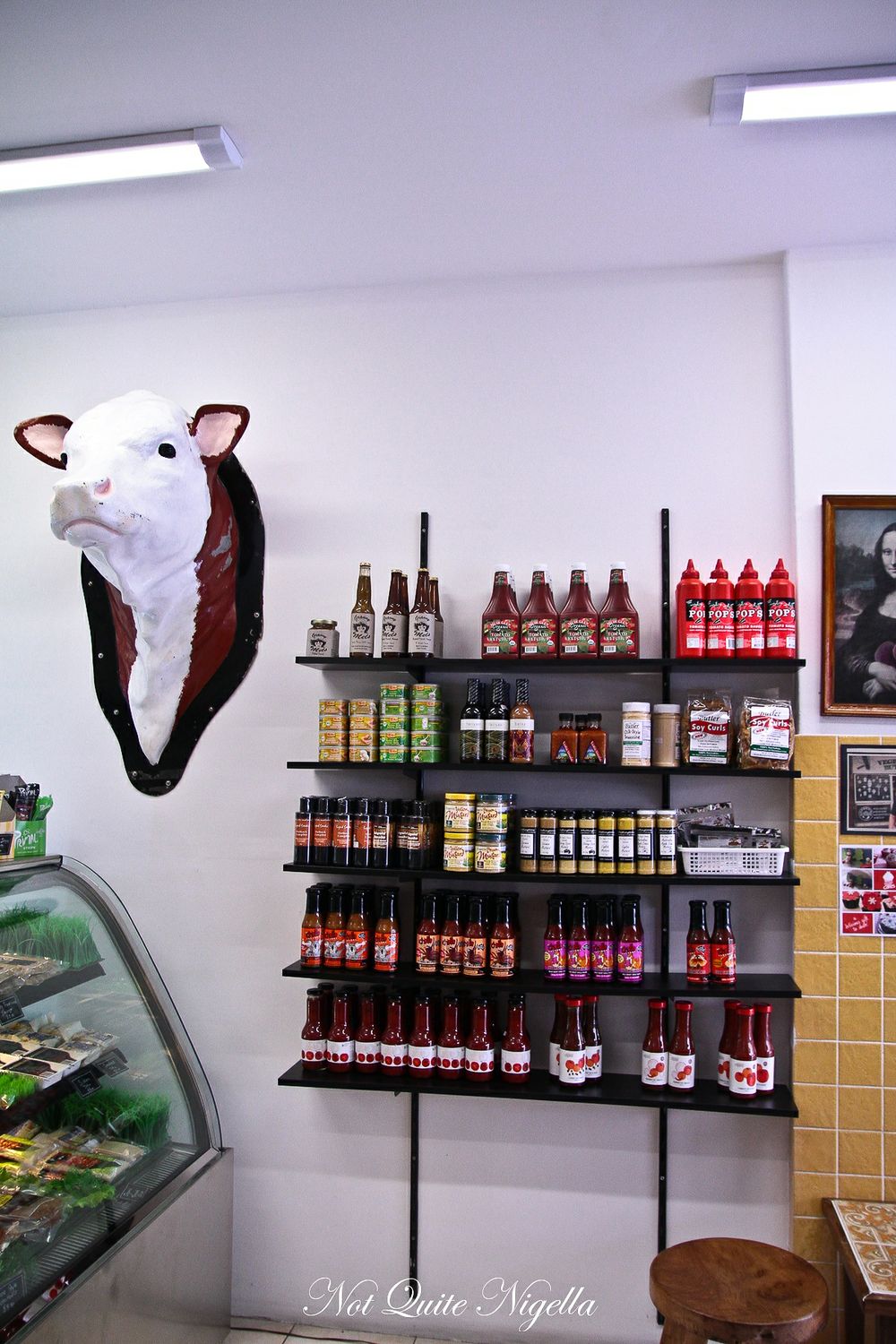 The "Happy Cow" on the left

Open for just two months, there's a take away area on the left where people can try the items that are hand made on the premises in a burger or sandwich form. Everything is vegan and the wrapped products under the glass counter are the sausages, patties, schnitzels and bolognese sauces. There are also hot vegan pies under the heat lamp. 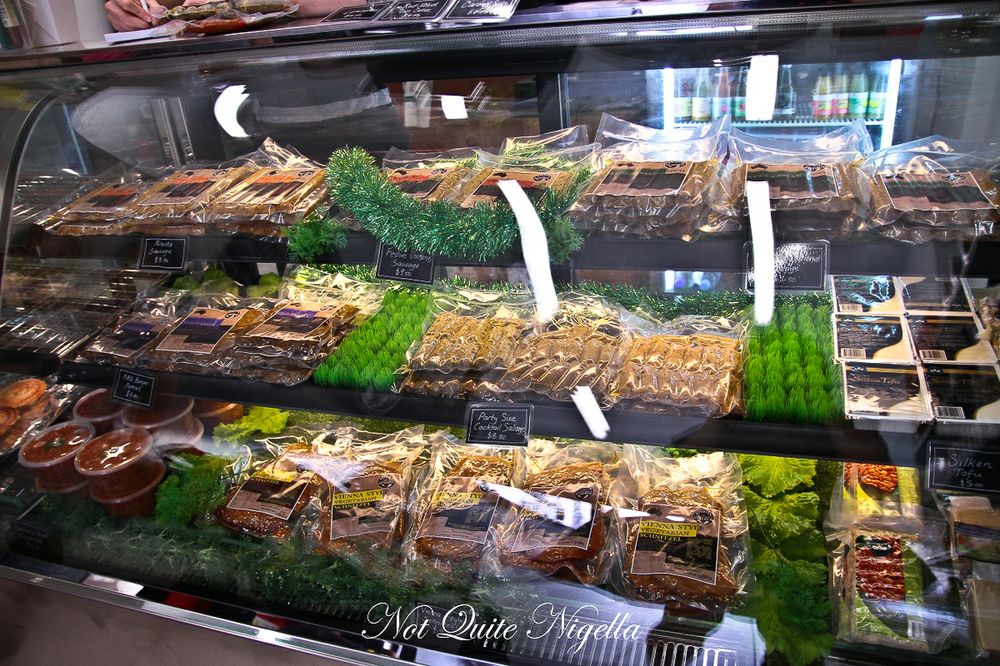 Some are made of gluten and TVP (texture vegetable protein) while other sausages are made out of polenta. There are usually a couple of varieties to try at the store and sure enough, they're mid frying up a sample of the polenta, tomato and basil sausage and the traditional sausage which comes with a little spiciness to it. Owner Suzy Spoon started off selling her items at the Addison Road Markets and they developed a following there that the next step was to open up a Vegetarian Butchers. 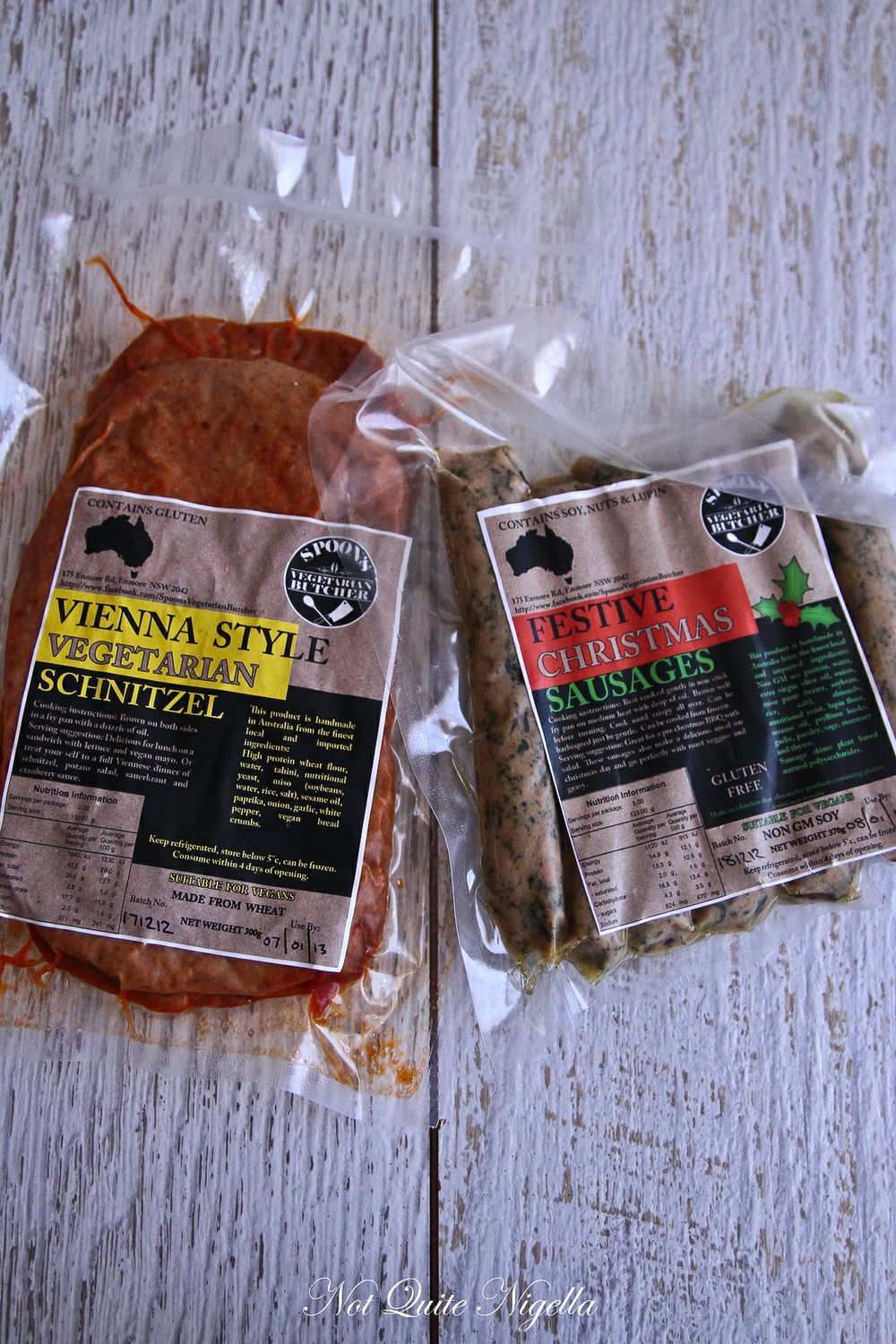 I buy a couple to serve to the in laws over Christmas and these are the schnitzel and the Christmas sausages which are said to resemble the taste of a chicken or turkey stuffing. The schnitzel texture is a touch hard to cut in parts, especially when it is thinner (perhaps I cooked them for too long) but served with tomato sauce and the thicker bits are very much like a schnitzel. 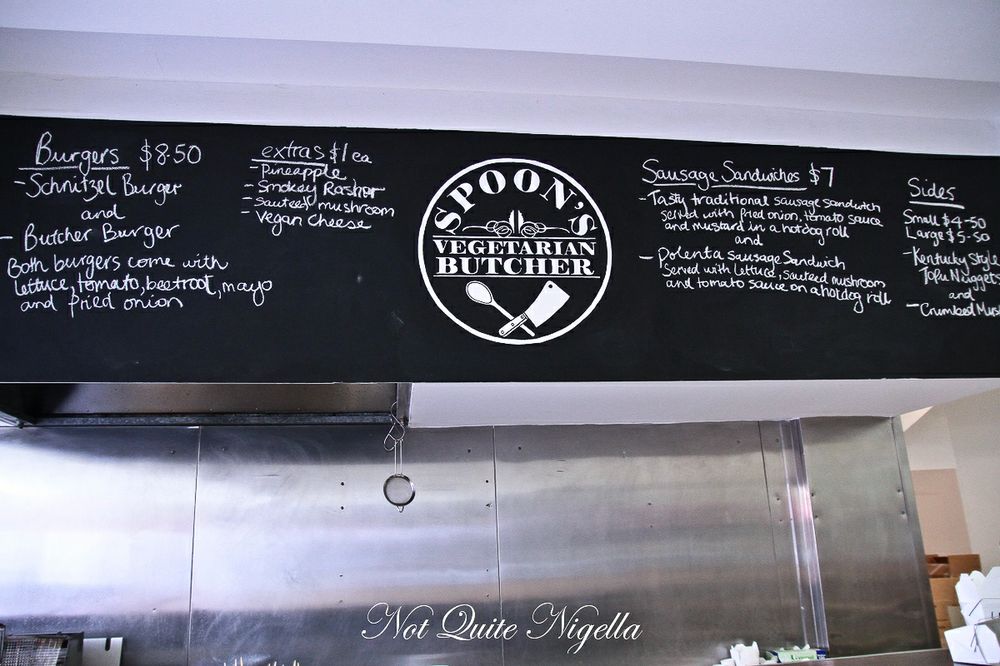 Later that evening, we give the burger and the deep fried mushrooms a try. You can choose to have either a schnitzel or the butcher burger patty and we choose the latter since I had already bought some schnitzels. For an extra dollar you can have your order with the Vegusto vegan "No-muh" cheese from Switzerland which is so popular that they find it difficult to keep this in stock. At $9.25 it isn't inexpensive, but I try a little of it by itself and it's actually really quite good and has a flavour of a strong cheddar with a slightly different texture. They tell me that it doesn't melt as cheese would but is good finely grated on top of pasta. 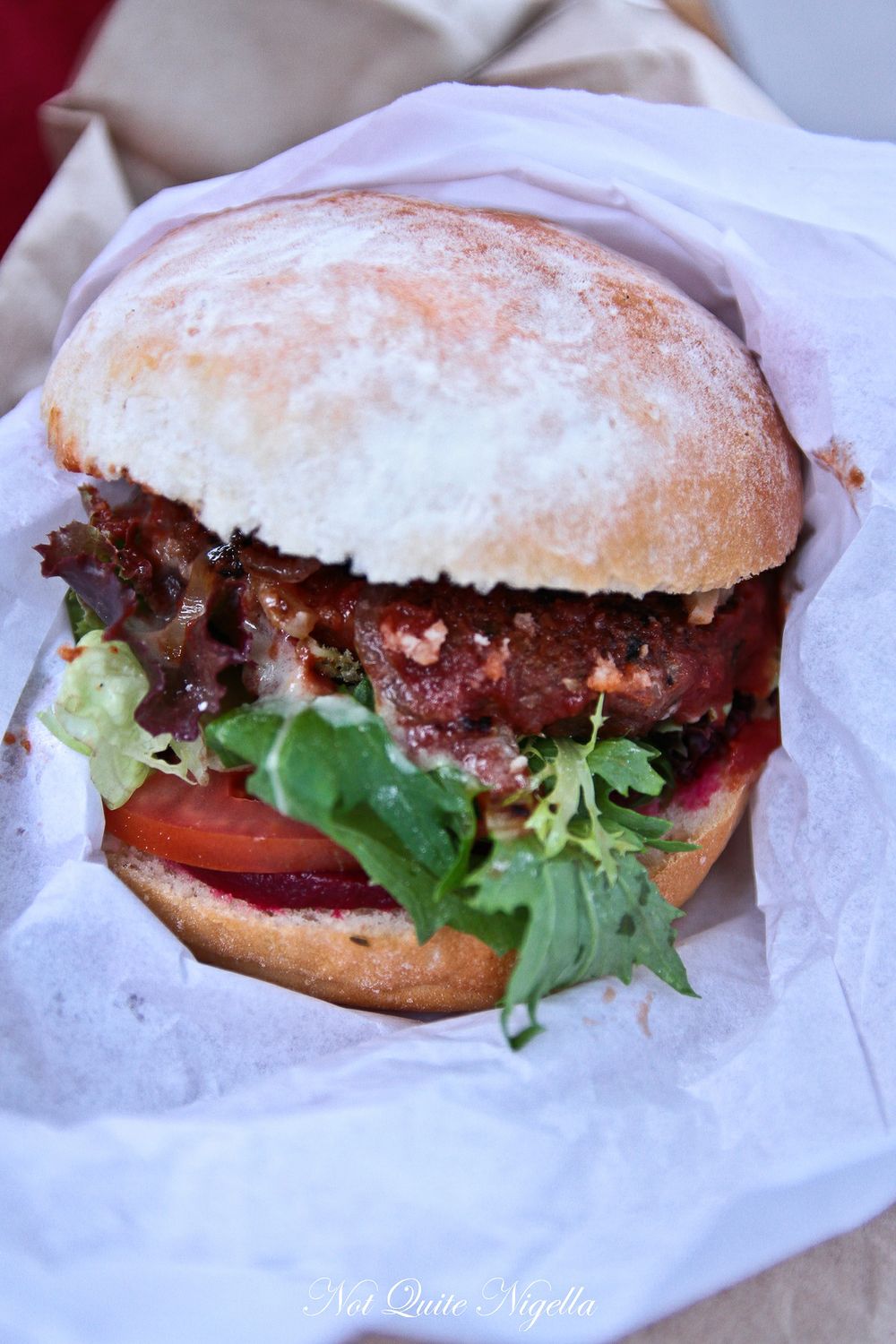 The burger has a soft patty and is made up with the classic Australian burger fillings of lettuce, tomato and a slice of beetroot. It's an enjoyable burger and whilst it may not pass as a beef burger, I don't think that's a bad thing or the point of it. 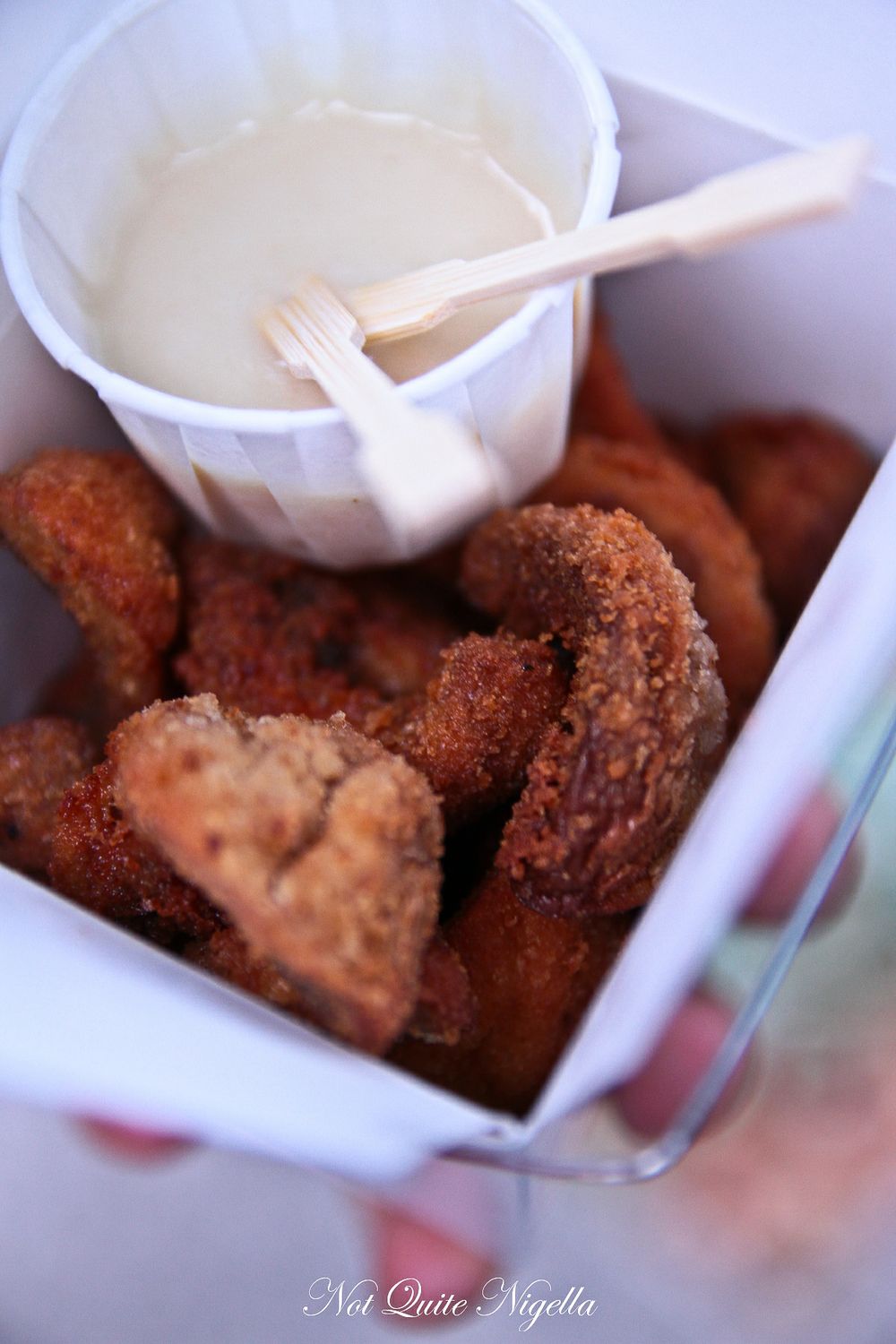 I have to admit that I really liked these crumbed mushrooms. Served with a vegan mayonnaise type of sauce, they were full of flavour, with a thin crunchy breadcrumb coat on the outside while being tender and juicy on the inside. 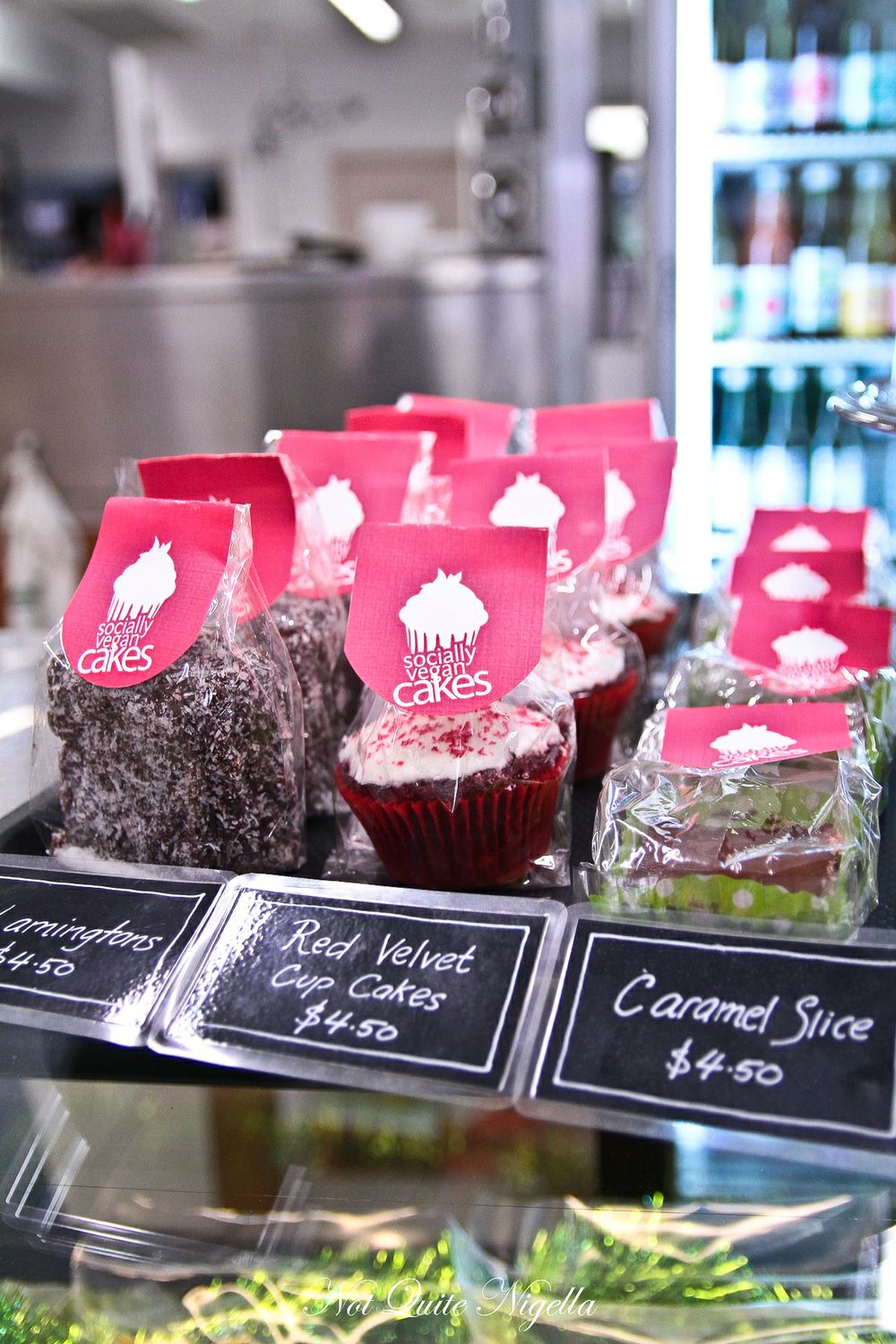 And of course vegan cakes for dessert!

So tell me Dear Reader, have you ever tried vegan food and if so, what did you think of it? 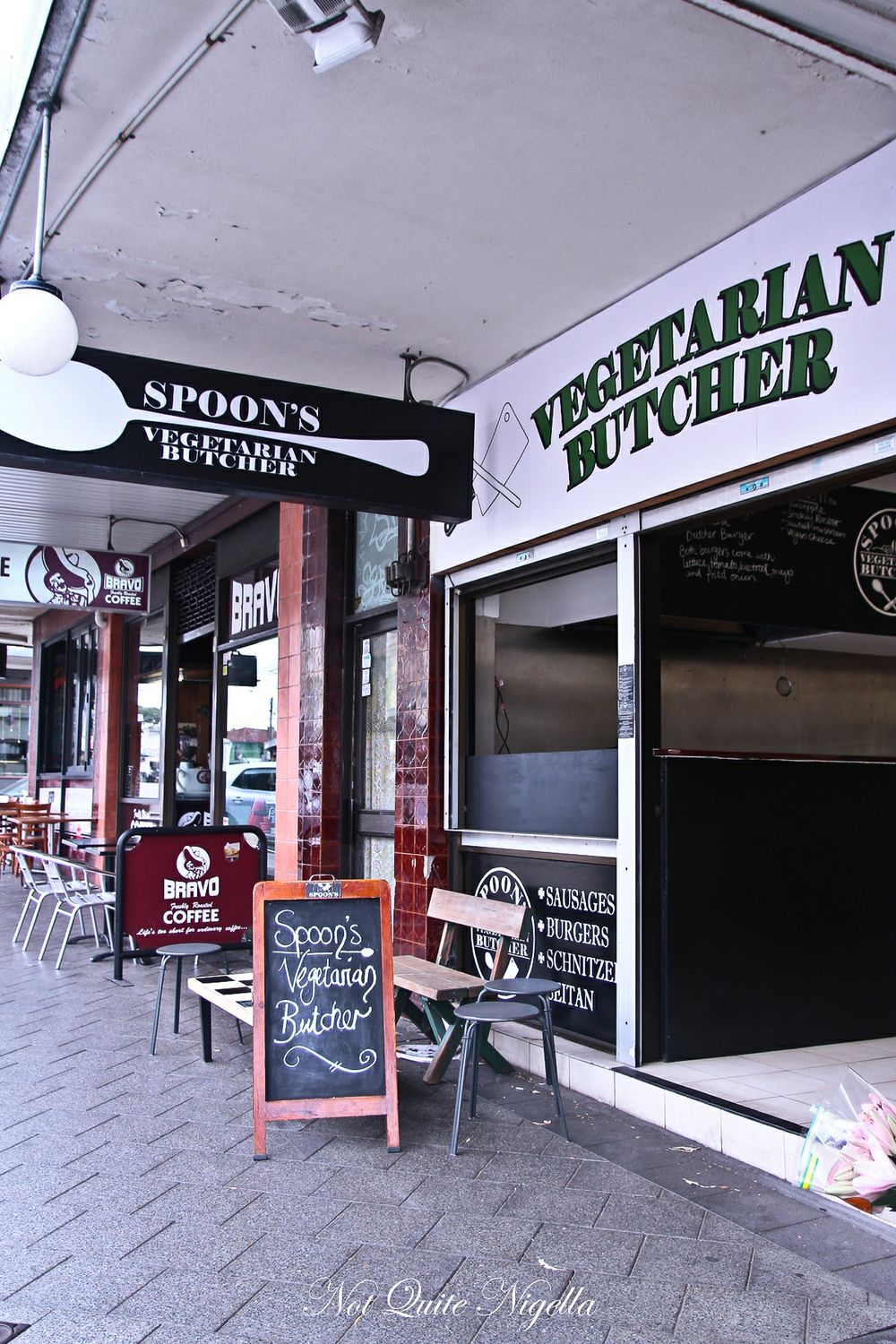