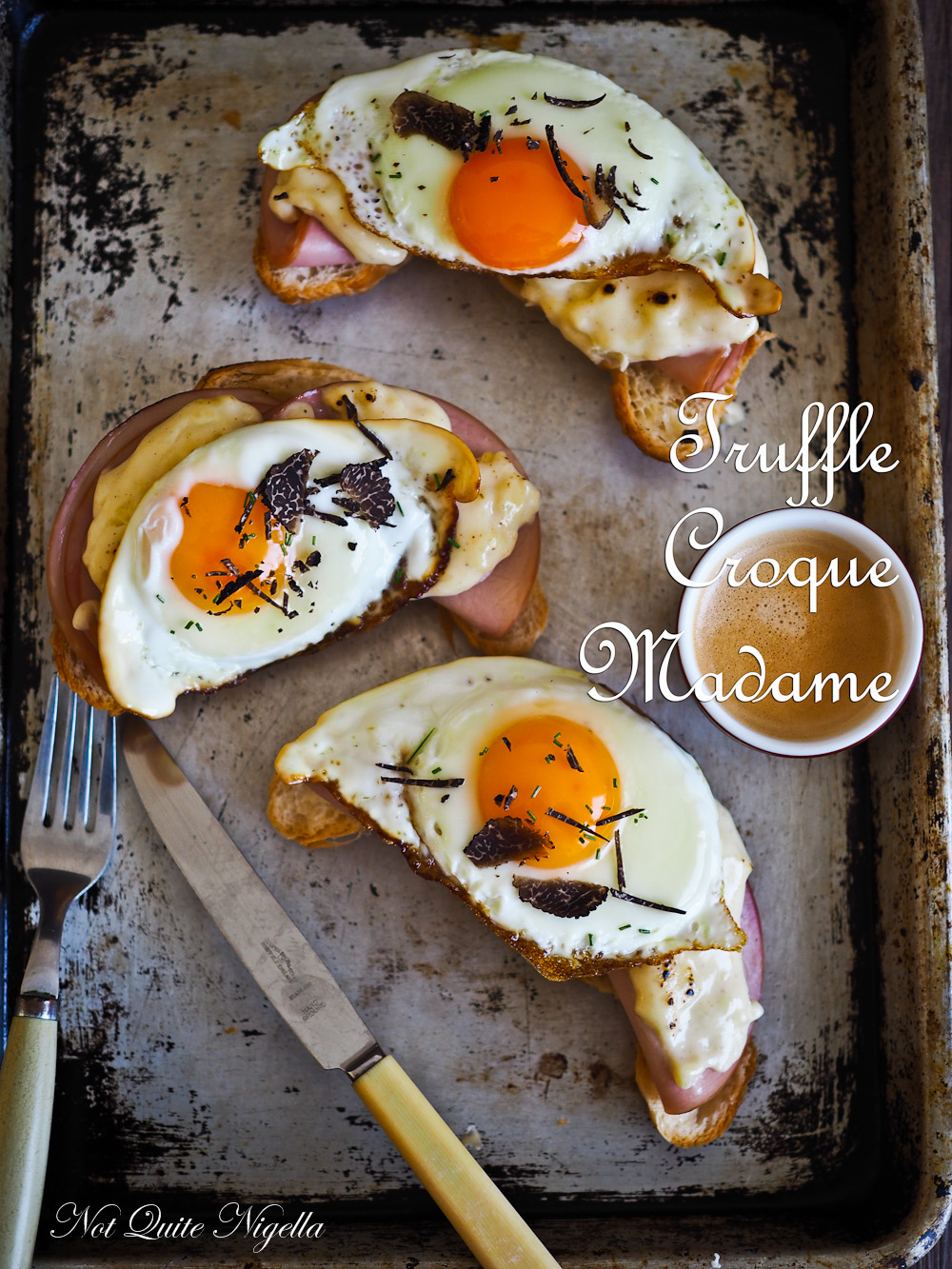 Looking for a fun weekend breakfast that you can create at home yourself? This hybrid croissant madame is perfect for a weekend brunch in. Instead of bread, croissants are used and served open face and topped with ham, bechamel sauce and the piece de resistance-a truffle infused egg with fresh truffle on top!

Even if you don't have a truffle this is a fun version on what is essentially a ham and cheese toastie. Croissants are wonderfully buttery and take on even more crunch once toasted. And if you are fortunate enough to have some truffle you will probably already know that these gorgeous treats love butter and fats as they help bring out the flavour of truffle. And if you're feeling a bit like a shut-in with the cold weather outside then you don't have to go out to have a special Sunday treat. 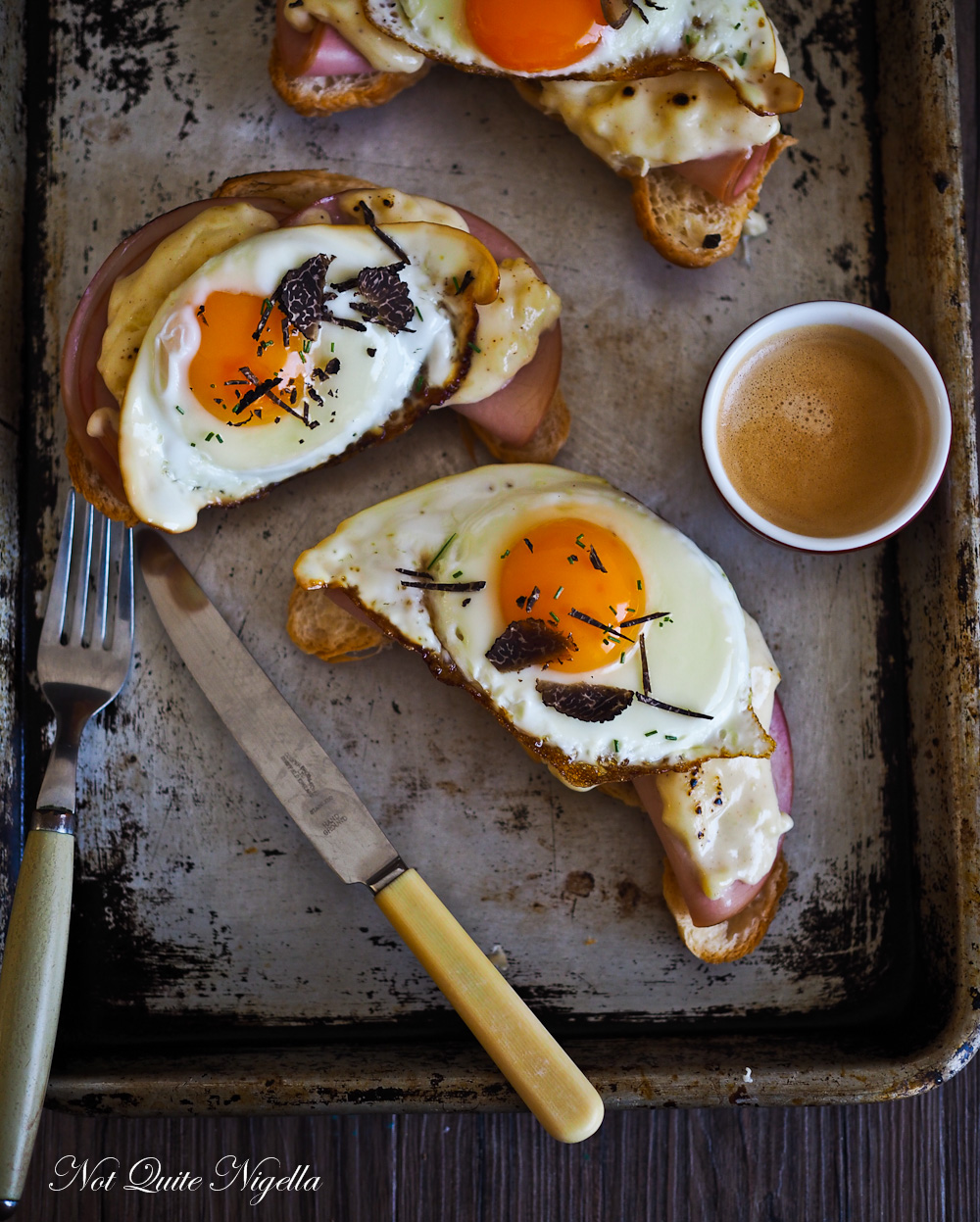 Mr NQN reported seeing about half a dozen people near where he works in Surry Hills all playing it. I tried it out but stopped almost immediately when I realised that I would have to leave the house to play. Naaw I said to myself, it's winter. If I could play it while watching The Americans while snuggled under the covers and eating croissant madames with truffles then we'd be talking but going out in the cold? Hehe talk to me when spring comes along...

So tell me Dear Reader, have you tried Pokemon Go? What do you think of augmented reality games? And what is your current favourite breakfast item? 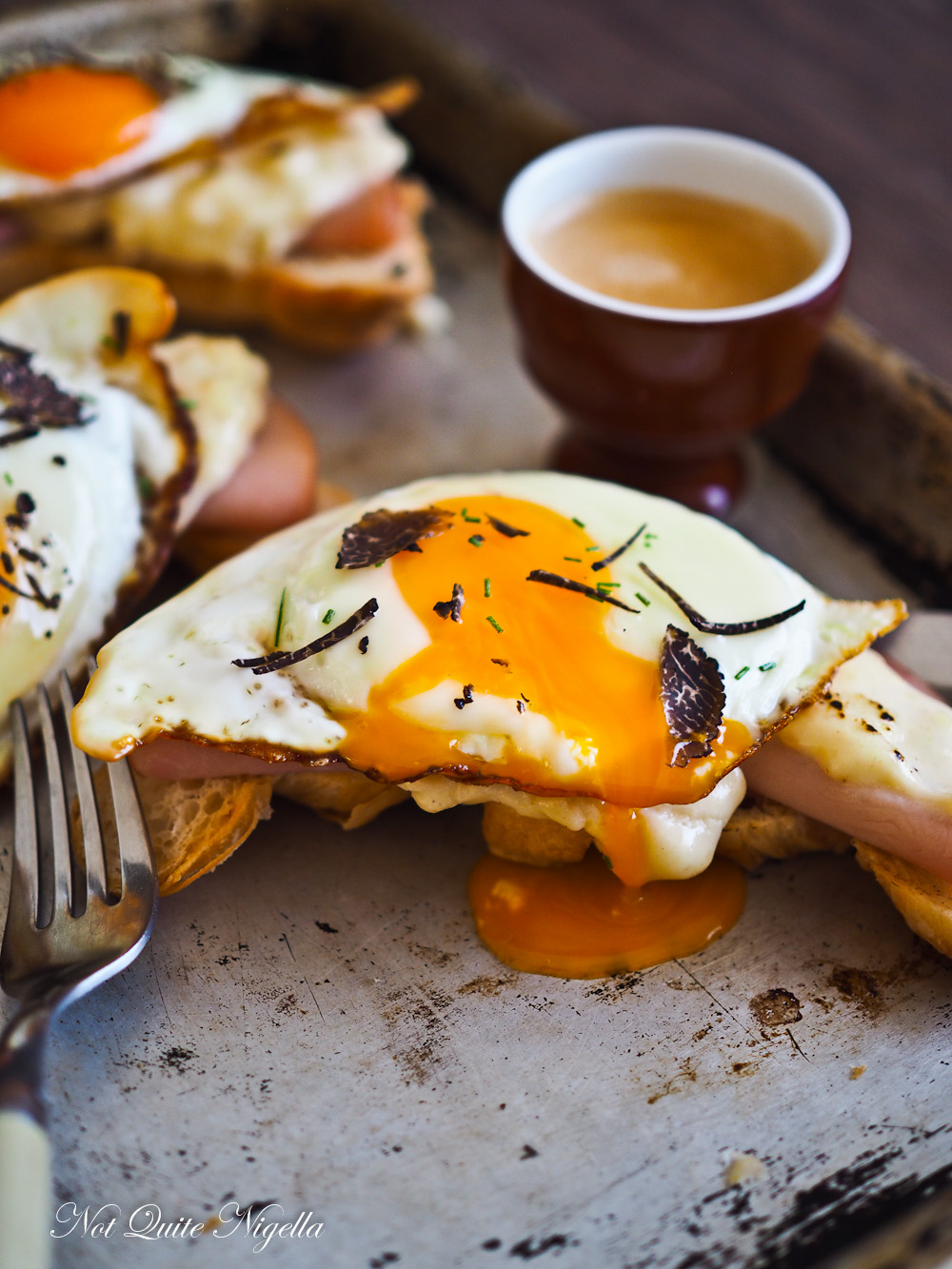 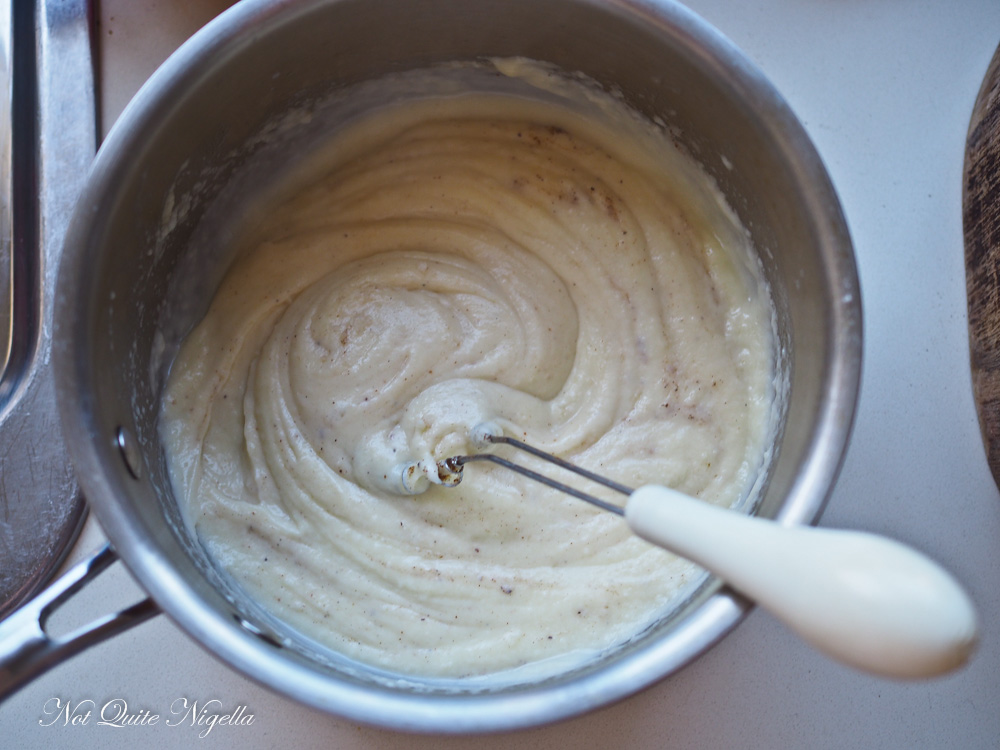 Step 1 - Heat the butter in a small saucepan until melted. Add the flour and stir with a flat bottomed spatula or wooden spoon and heat through for about half a minute. Switch to a whisk and then gradually add the milk making sure to stir and combine well between additions. Switch back to the flat bottomed spatula or spoon and then stir in the cheese and once melted, remove from heat. Add nutmeg and seasoning according to taste. 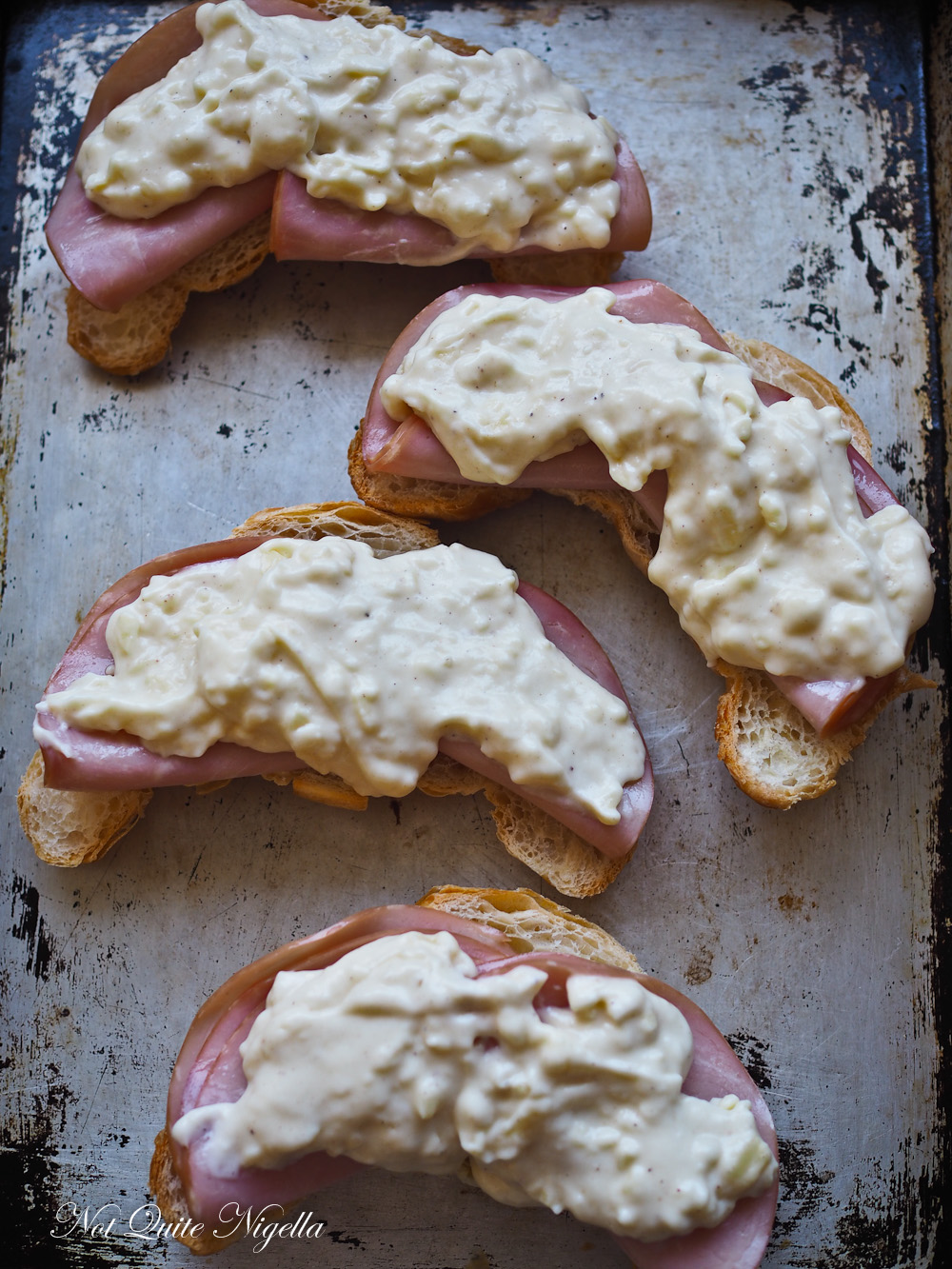 Step 2 - Preheat oven to 180C/350F. Place the croissant halves on a baking tray and divide the ham between the croissants. Spoon over with a couple of tablespoons of the bechamel mixture and bake for 10 minutes. 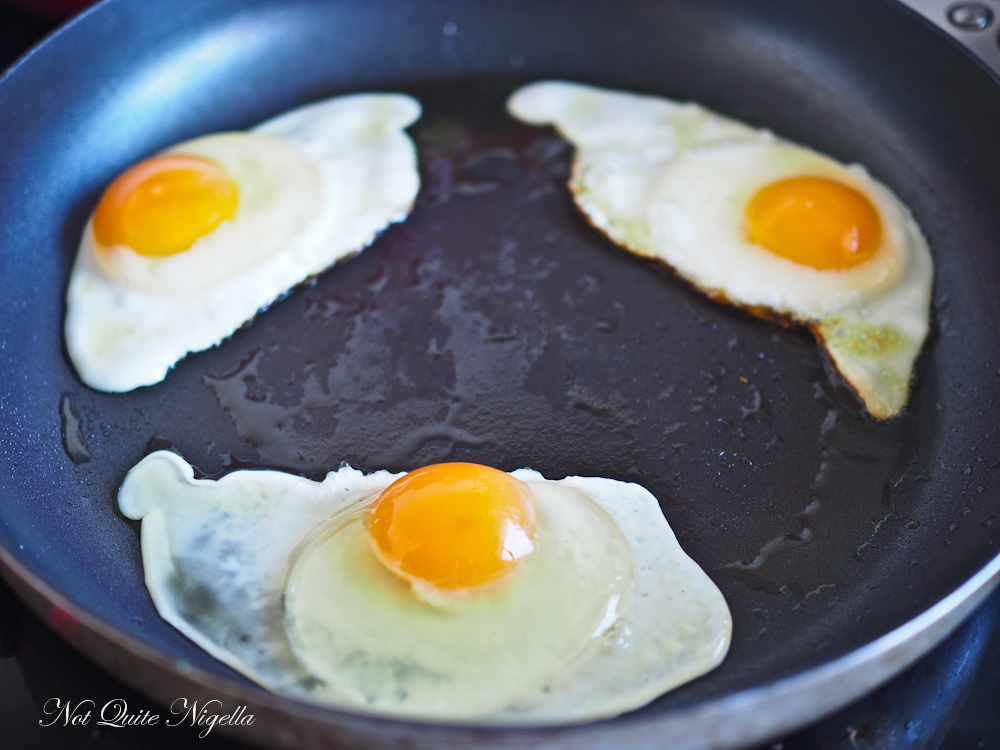 Step 3 - Fry eggs sunny side up and remove and once cooked, place on a plate. When the croissants have toasted, add an egg on top of each croissant half and then add some truffle and chives.